This wash roll has been expertly put together to represent what a soldier of the British Expeditionary Force would have carried during the Battle for France in 1940. All the items are original and any which can have dates, do so, whilst other items which would have never carried a date are correct period articles.

To begin with, the wash roll itself is an original as used in the early war period although the manufacturer's marking and date are worn from use. This is located inside the pocket which houses the soap dish, Carbolic Tooth Powder tin from 'Boots' and period shaving set. The shaving set is typical of the period featuring a razor and spare blades. This includes an original period cardboard packet of 'Silkie' brand razor blades as well as some assorted blades inside the chrome holder which was supplied as part of the set.

Arguably the stand-out item in this set is the original 1940 dated tooth brush made by 'Rooney'. Early war examples such as this are now very rare and this example is in excellent condition and is complete with the broad arrow marking, confirming this as an authentic issue item. The other rare piece in this set is the 1939 dated knife - another very hard to find item. It again features the War Department broad arrow along with the maker's name of 'Gladwin Ltd' of Sheffield. This is accompanied by a fork and spoon which are dated 1939 and 1940. The wash roll is completed by an excellent shaving brush which has beautiful clear markings including the War Department broad arrow marking and the 1940 date. The maker's initials of 'H. P.' are also present.

As well as this is an original sewing kit, often referred to as a 'house wife' or 'hussif'. This is again an original item and is filled with original grey darning wool in two balls, a period khaki thread on cardboard with typical graphics from the period, stamped brass buttons as found on early war battledress and an original set of needles. A black plastic thimble is also included which is a nice period addition.

There is also a complete set of brushes included with this set, all of which are dated 1940. They have various maker's markings as is illustrated in the pictures and all bear the War Department broad arrow marking.

Finally is the ration bag, which is 1939 dated and bears the War Department broad arrow marking along with the maker's name. Inside this is an original set of sealed playing cards with Willis's Gold Flake branding. They are a great period item and typical of what a soldier would have carried in his small pack during WW2. 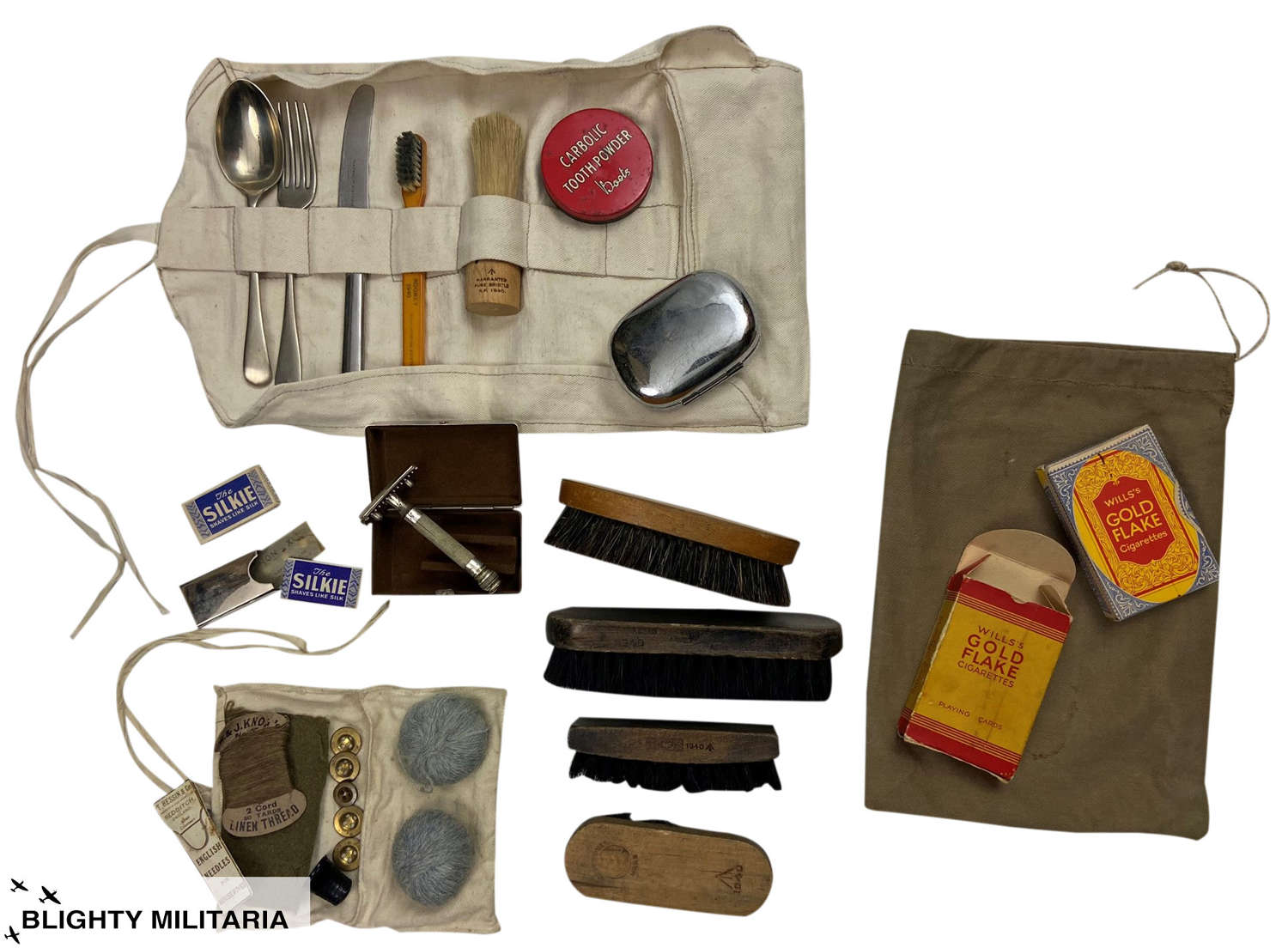 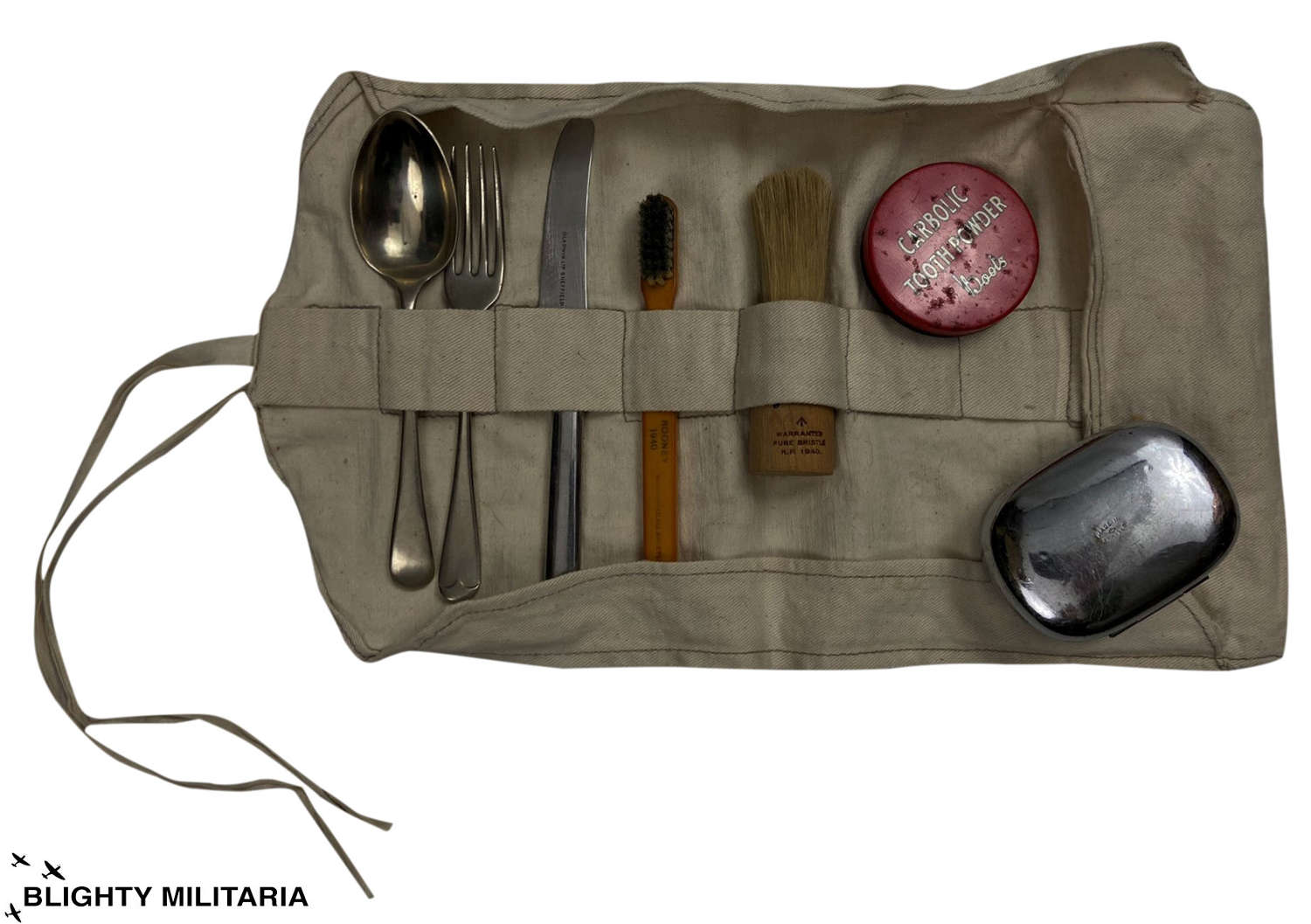 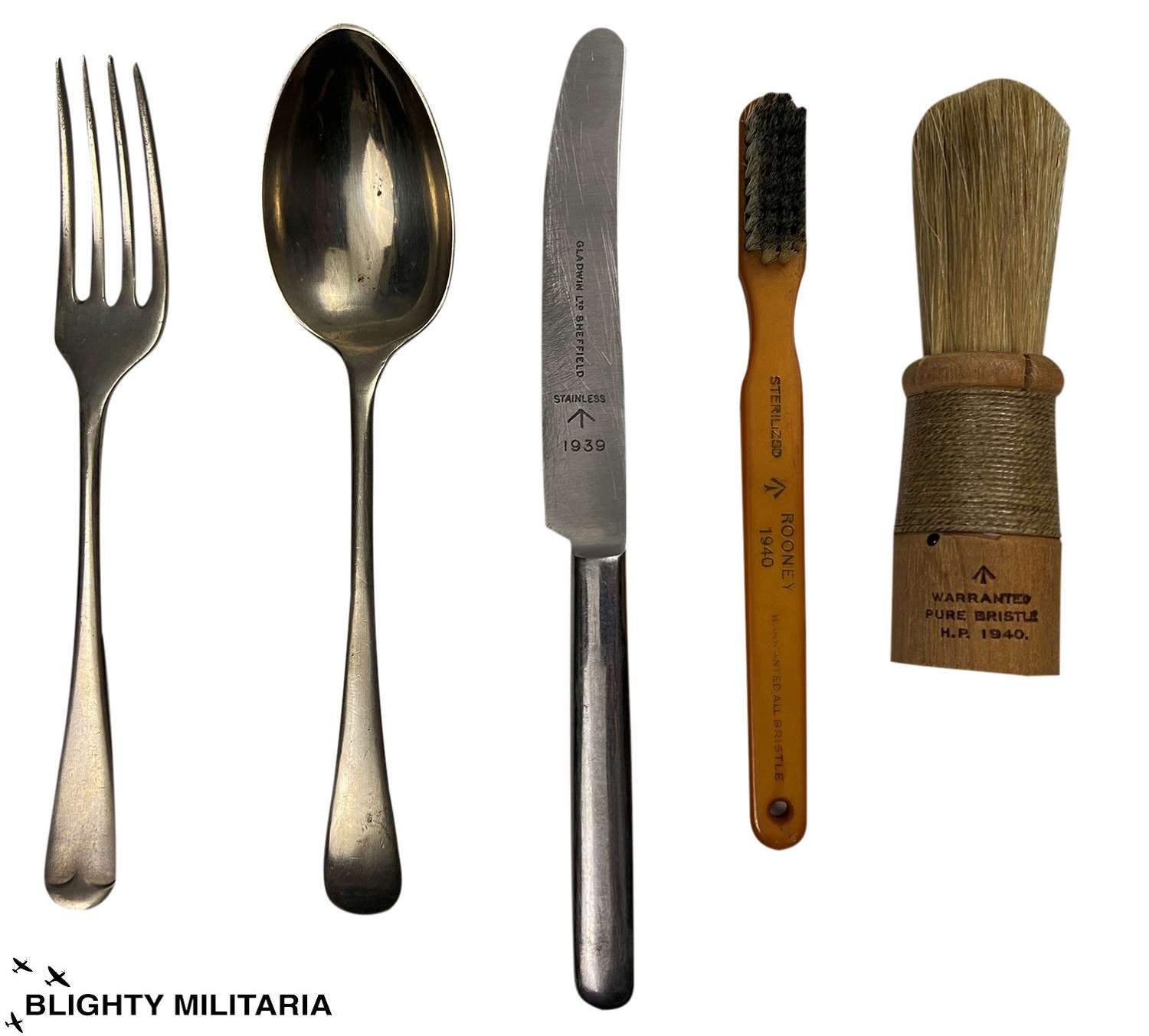 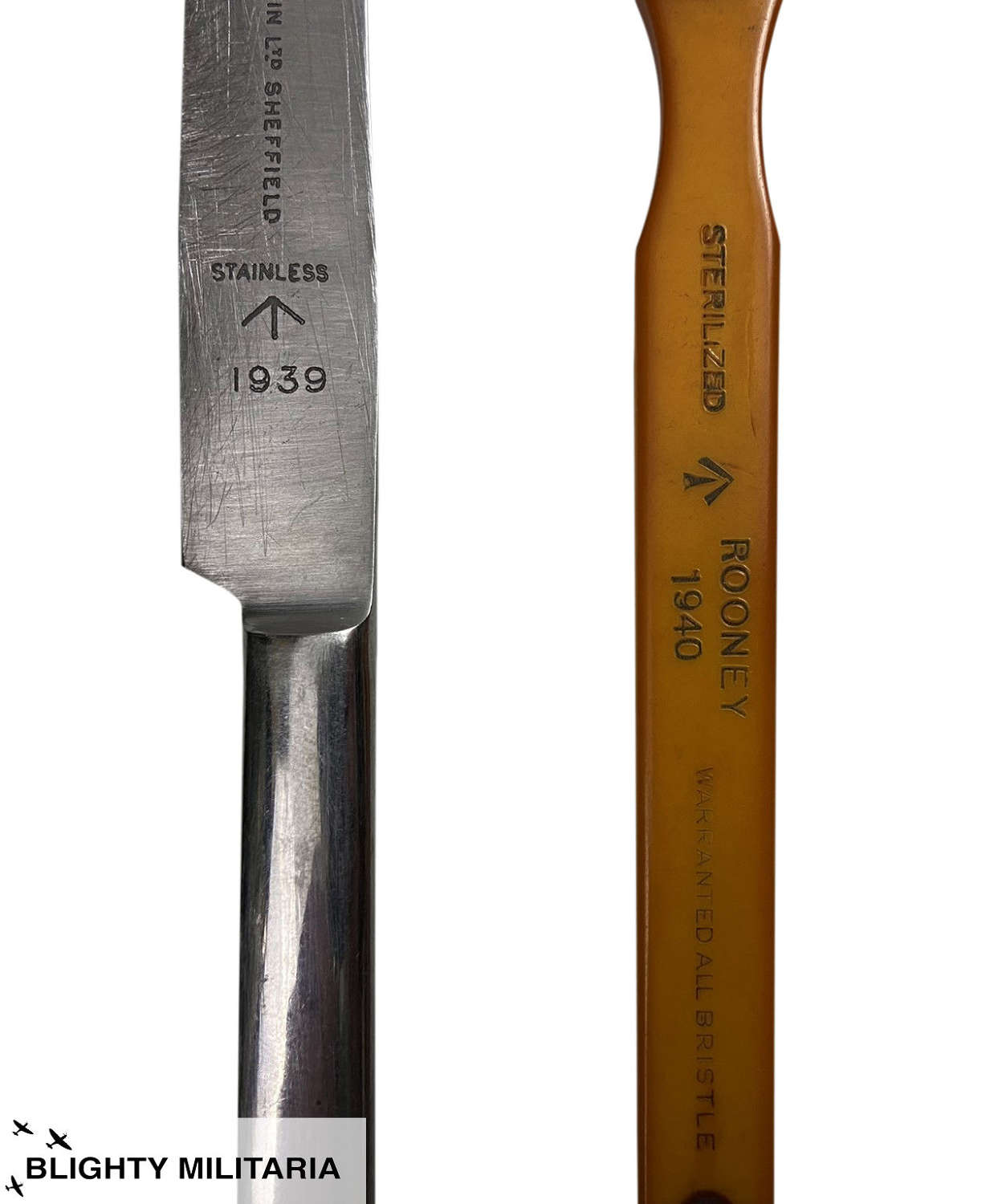 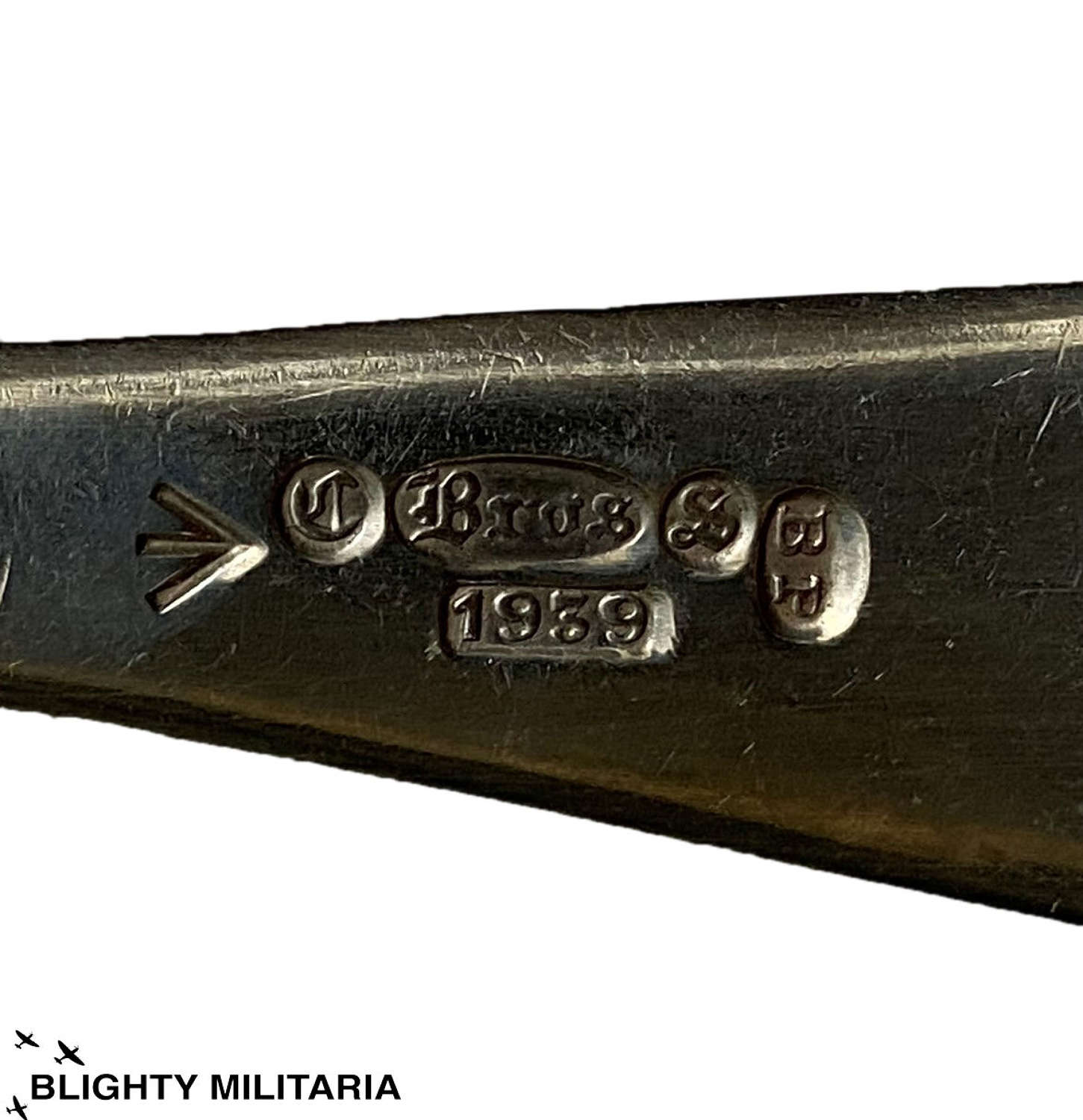 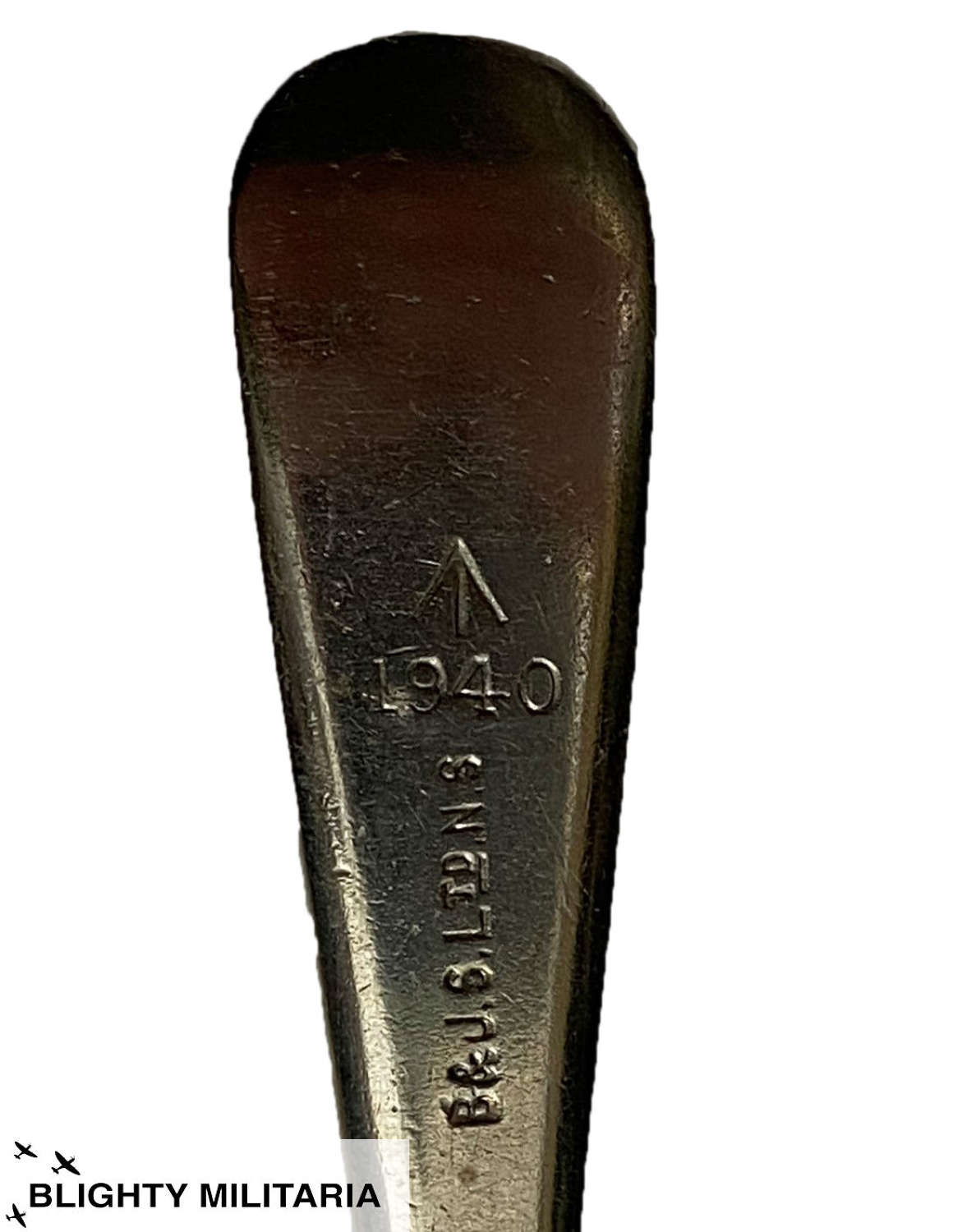 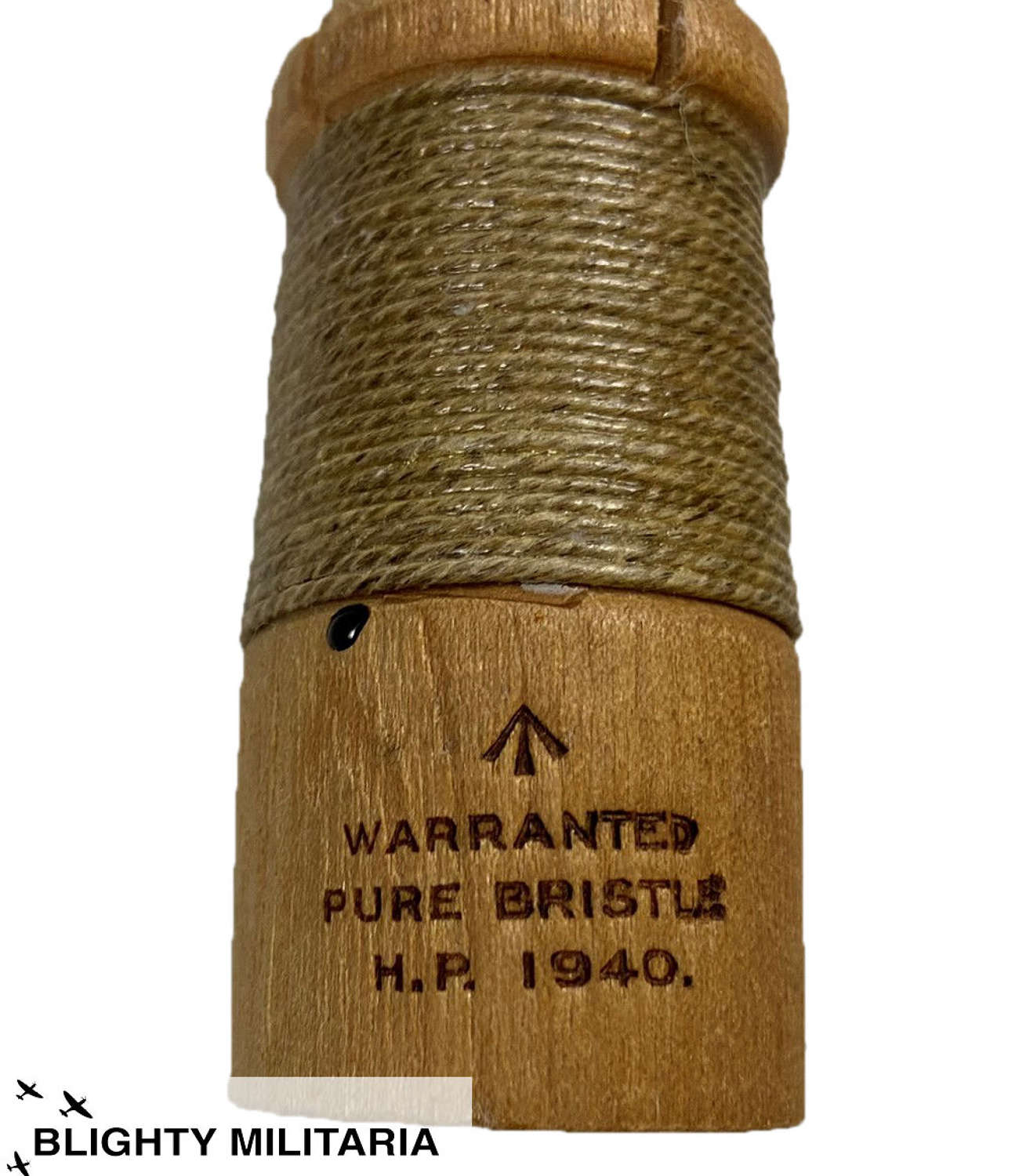 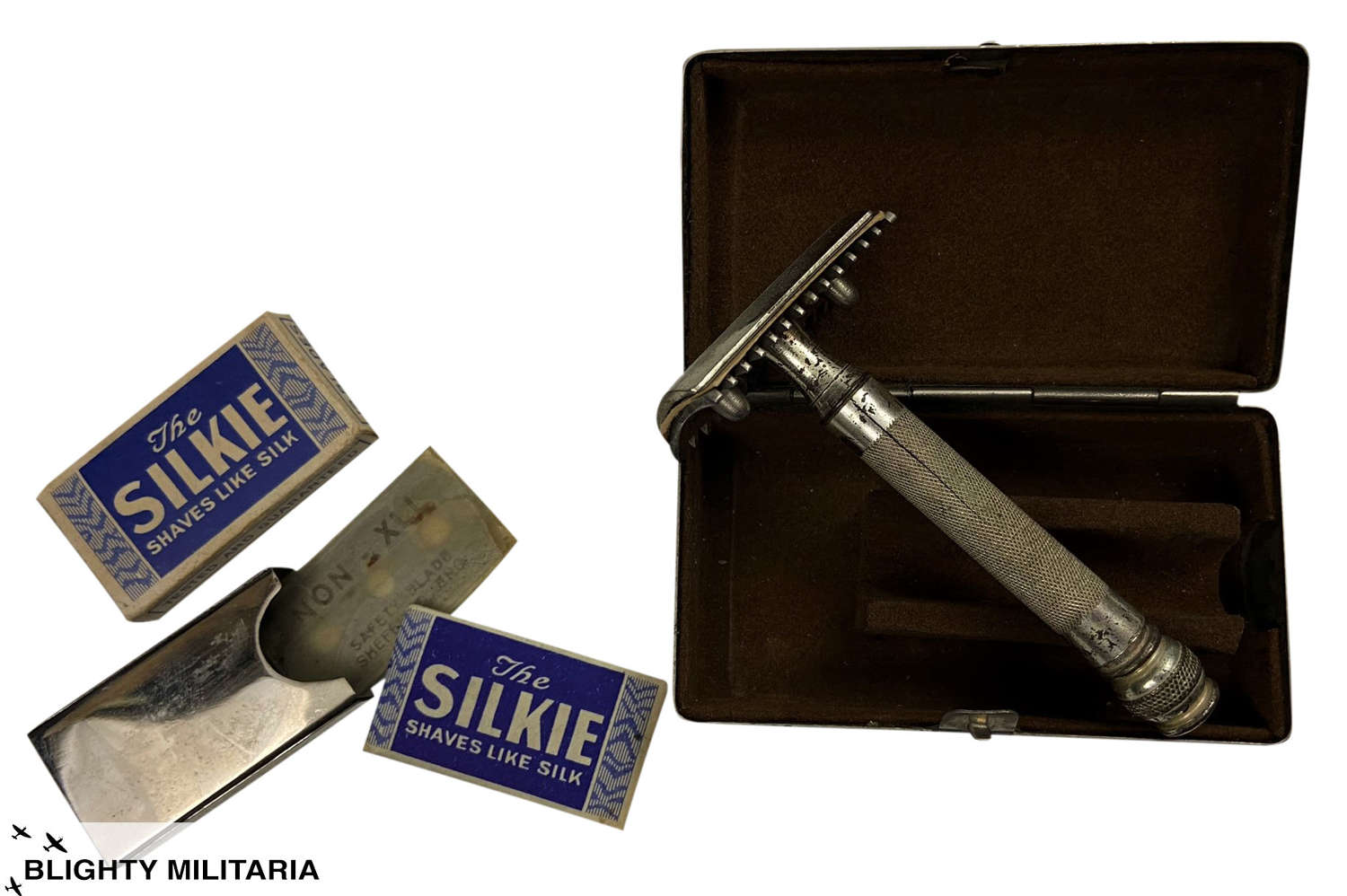 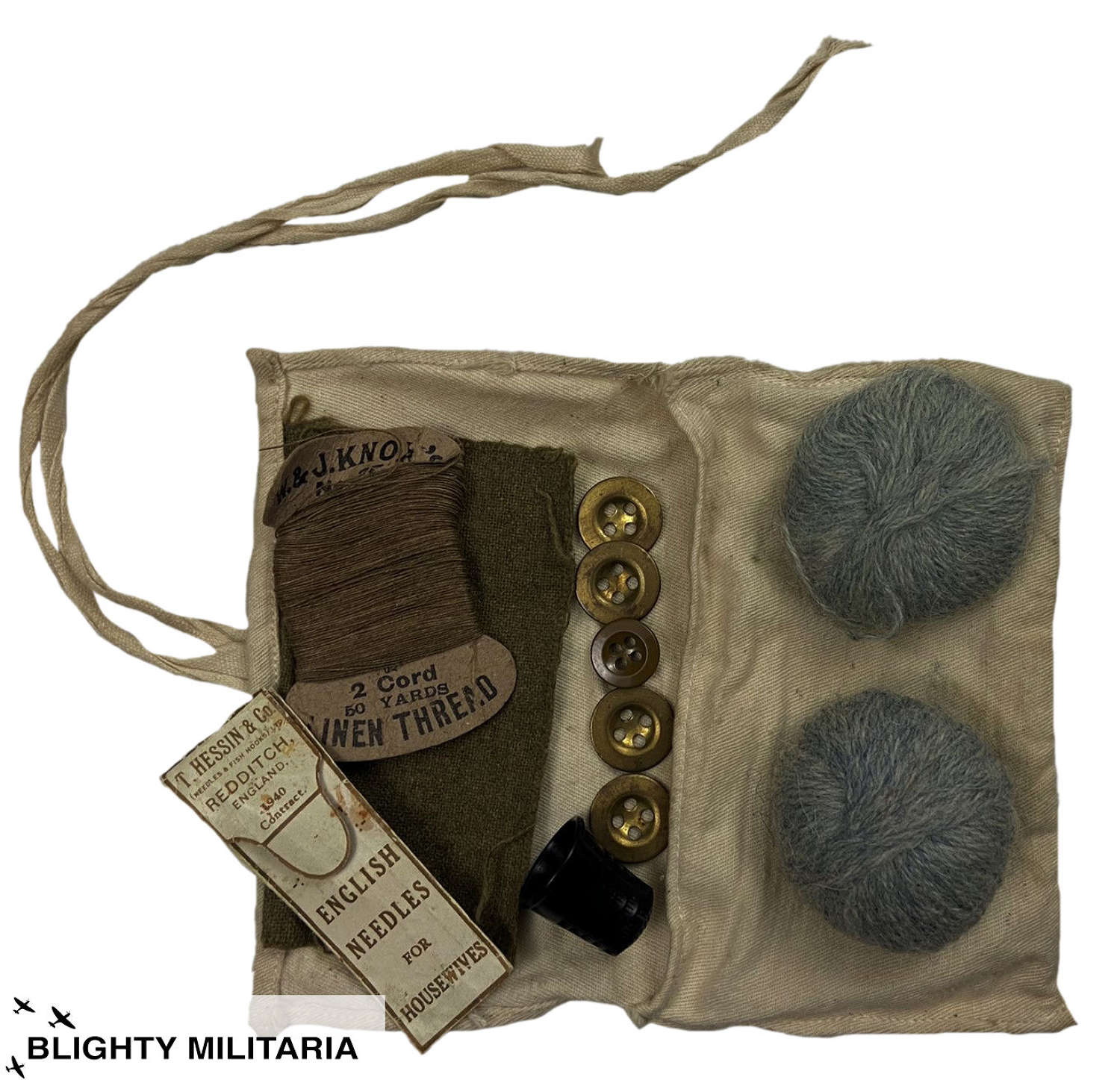 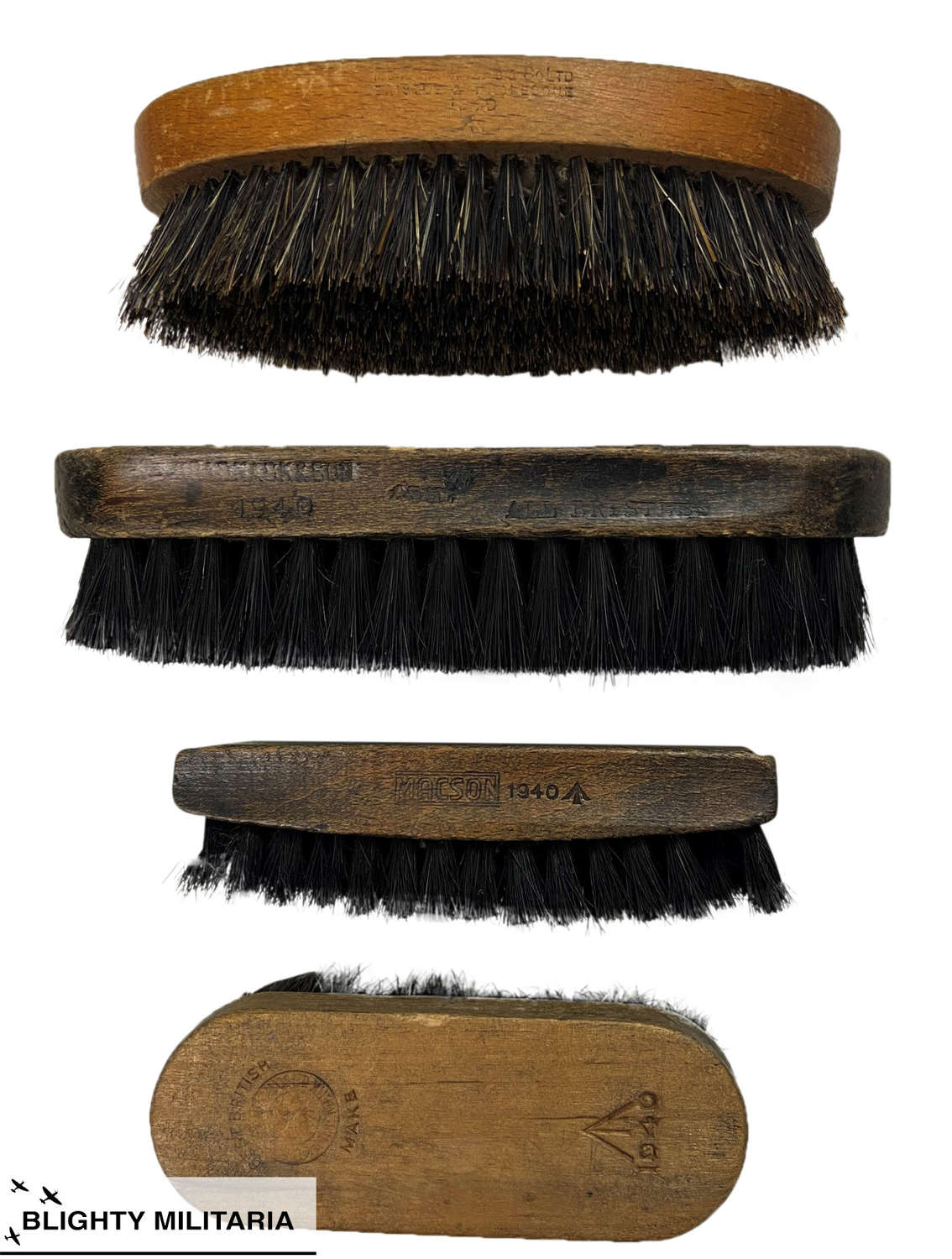 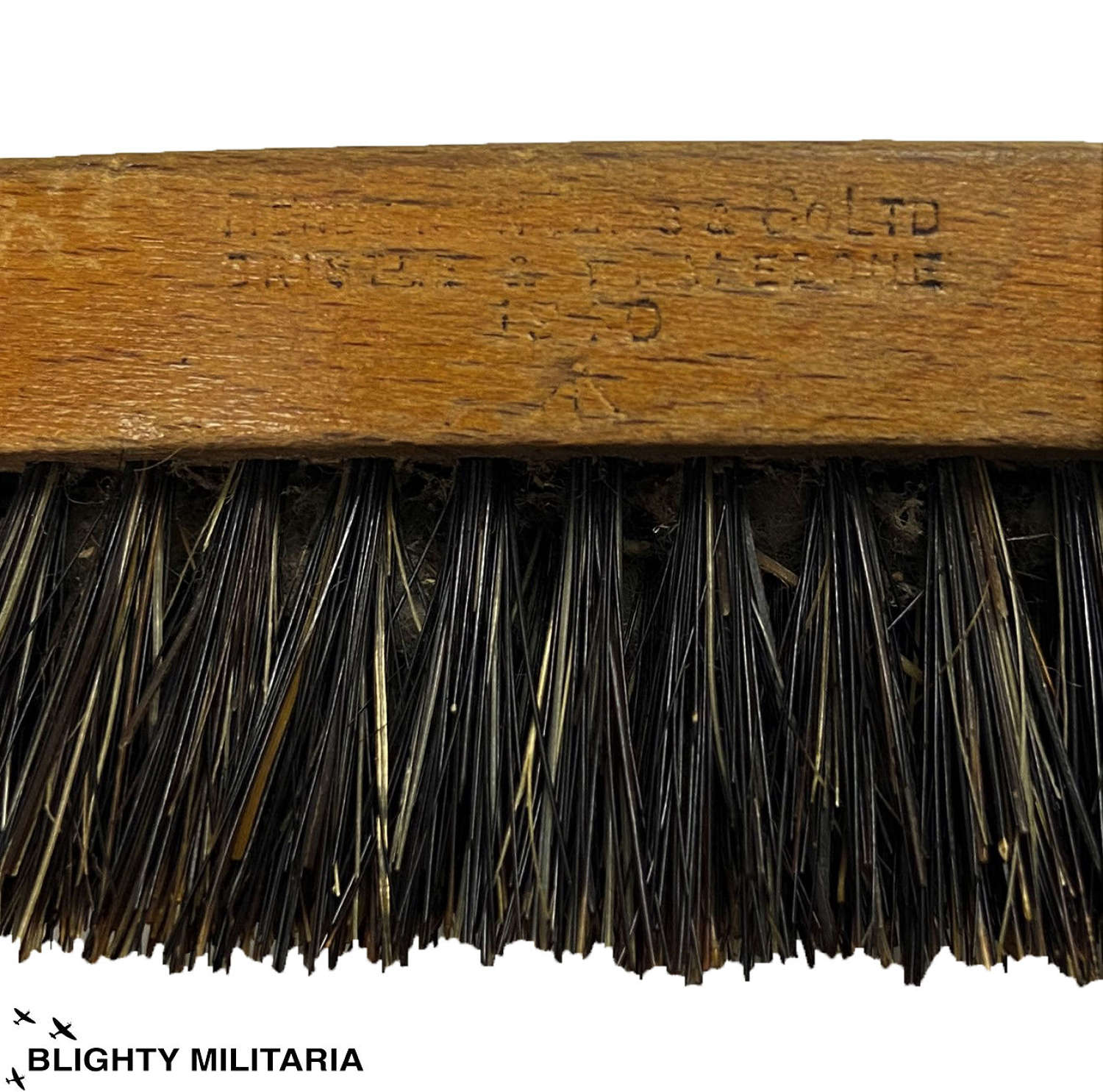 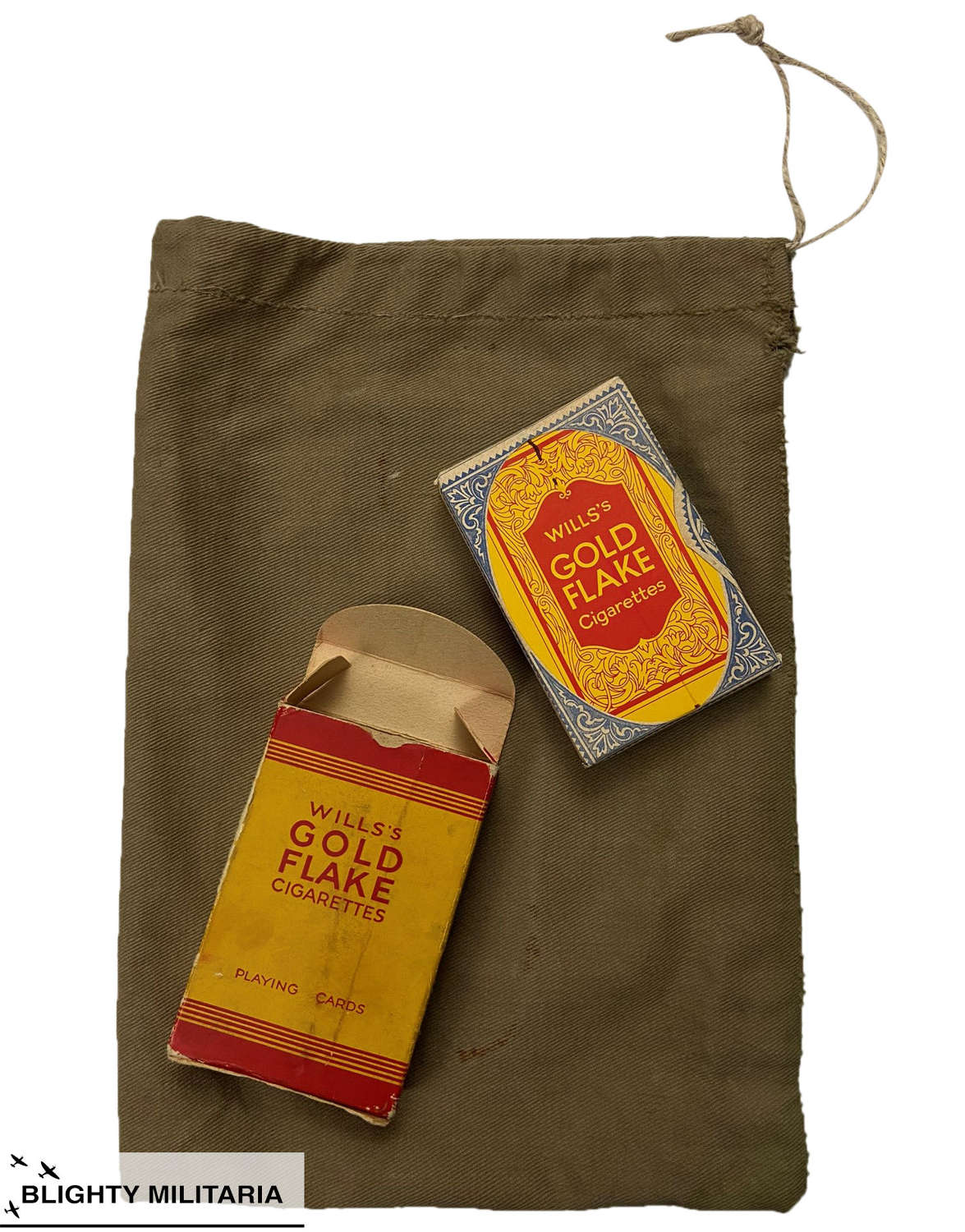 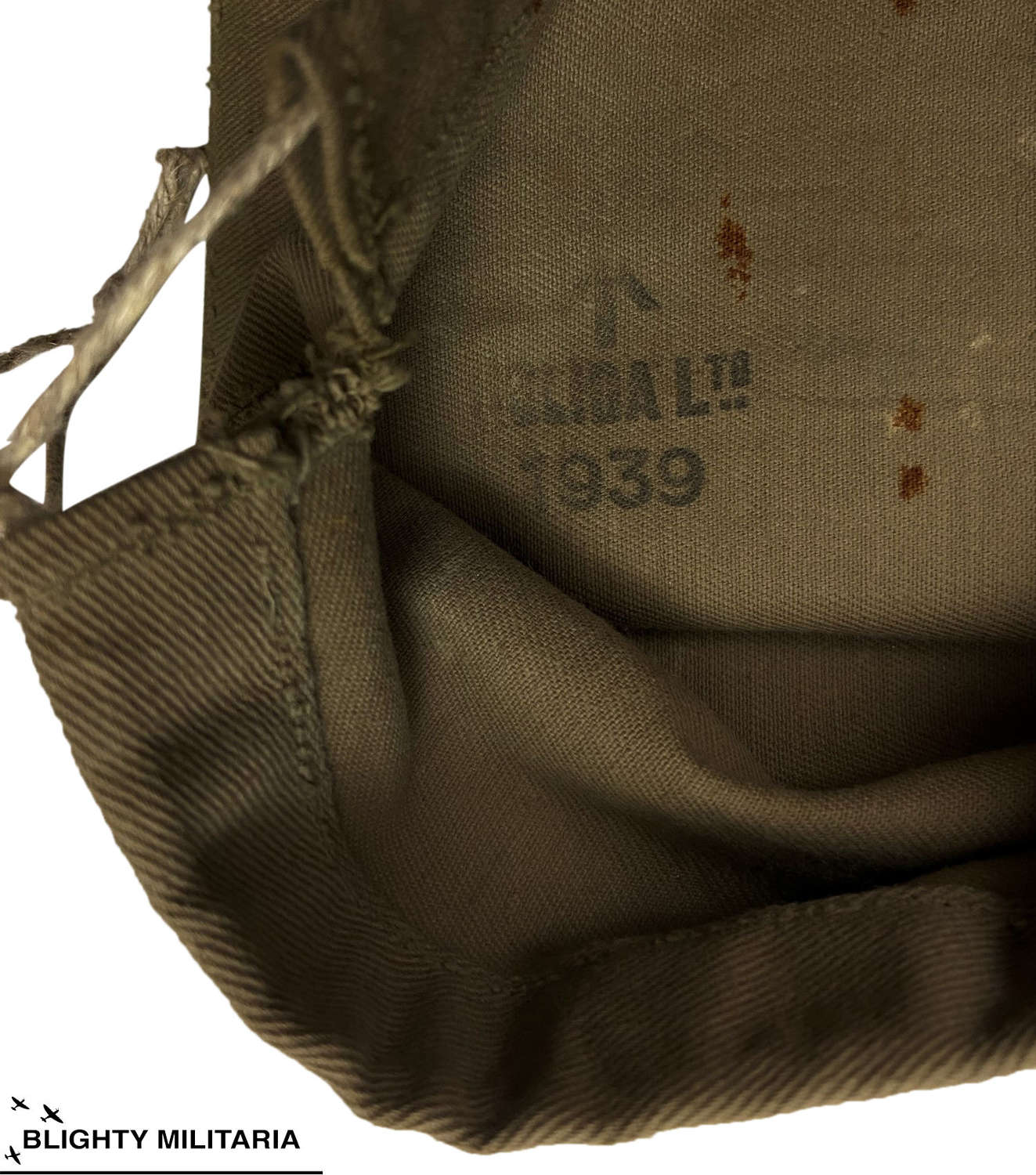