This pattern of trousers was worn during WW2 by both RAF officer's and British Army officers. They are undoubtedly of wartime vintage and are very different to those produced in the late 1940s and the 1950s. The most notable attributes are the coconut husk buttons which were widely used on Indian made British military clothing during this period. The vat dyed green cotton drill and the irregular light coloured stitching, along with the hand stitched button holes are more typical wartime features. The small belt loops are again something encountered on Indian trousers of WW2 vintage. The fly fastens with buttons, some of which are period replacements, and there is a single pocket to the rear.

The trousers are a small size and will suit a 24" waist. When laid flat they measure -

The trousers are in worn condition with various signs of age and wear. There is some staining and wear to one of the cuffs. The trousers are still very wearable and display well but please take time to study the pictures and bear in mind that these are a vintage, pre-worn item with some flaws commensurate with age. 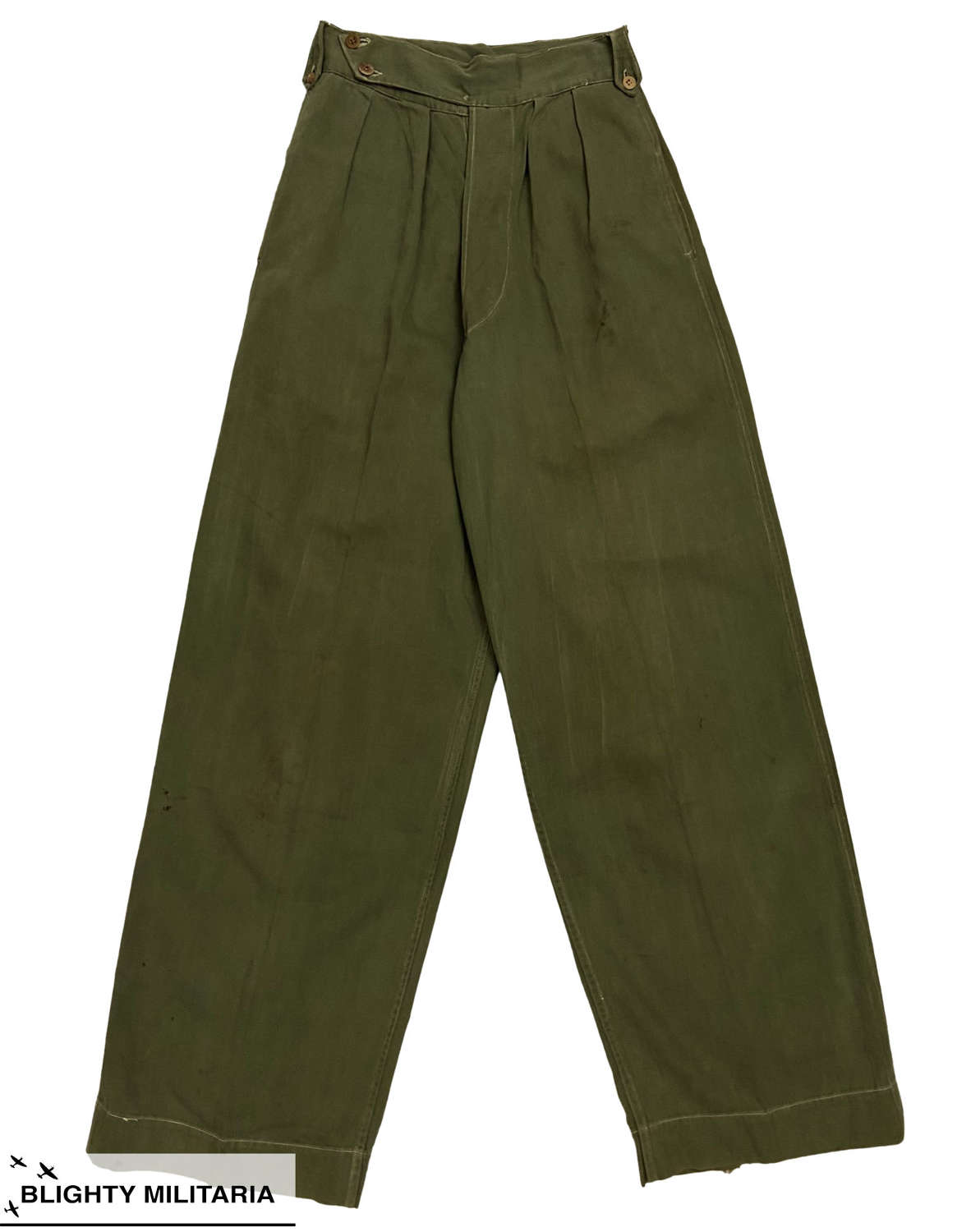 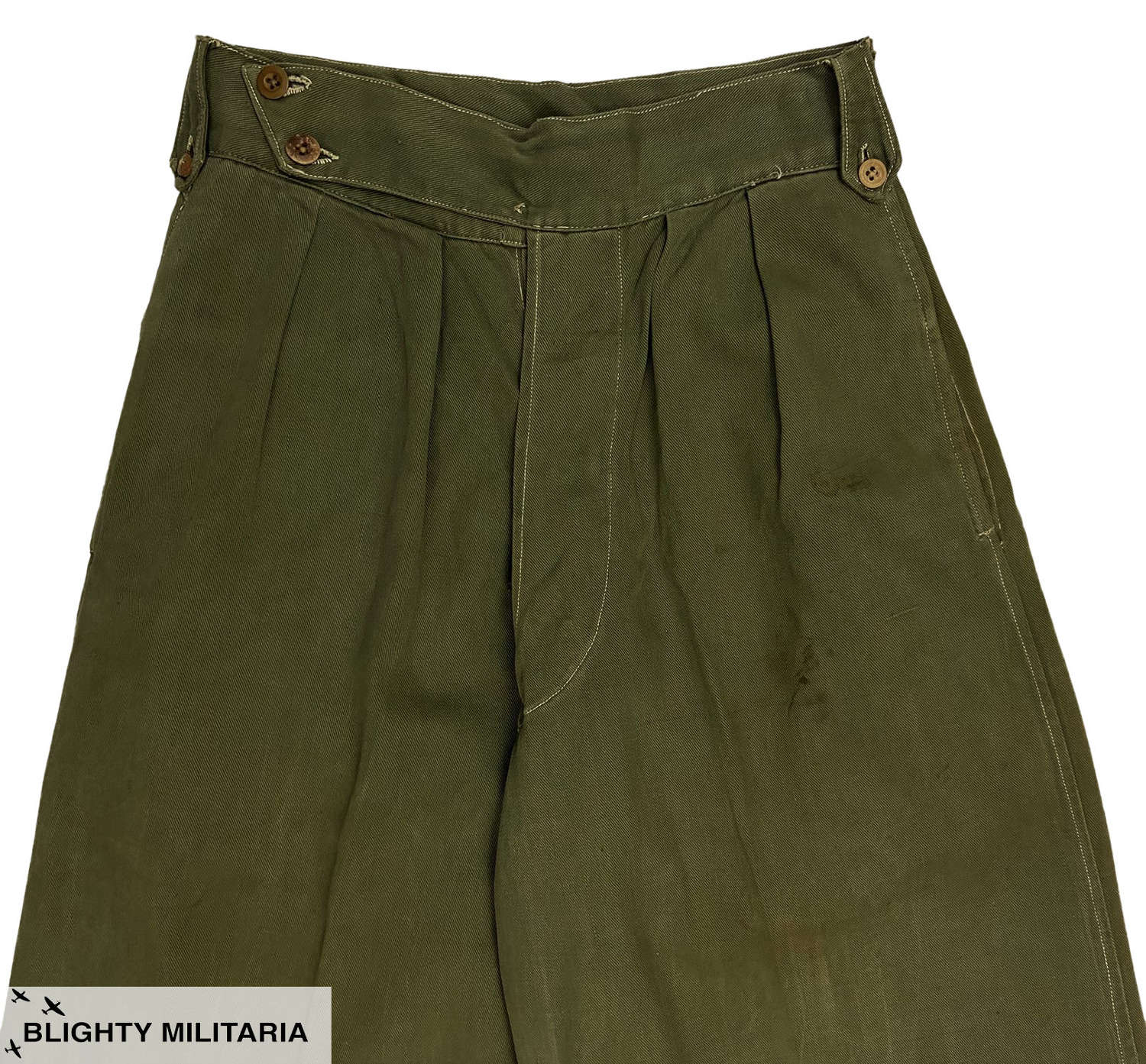 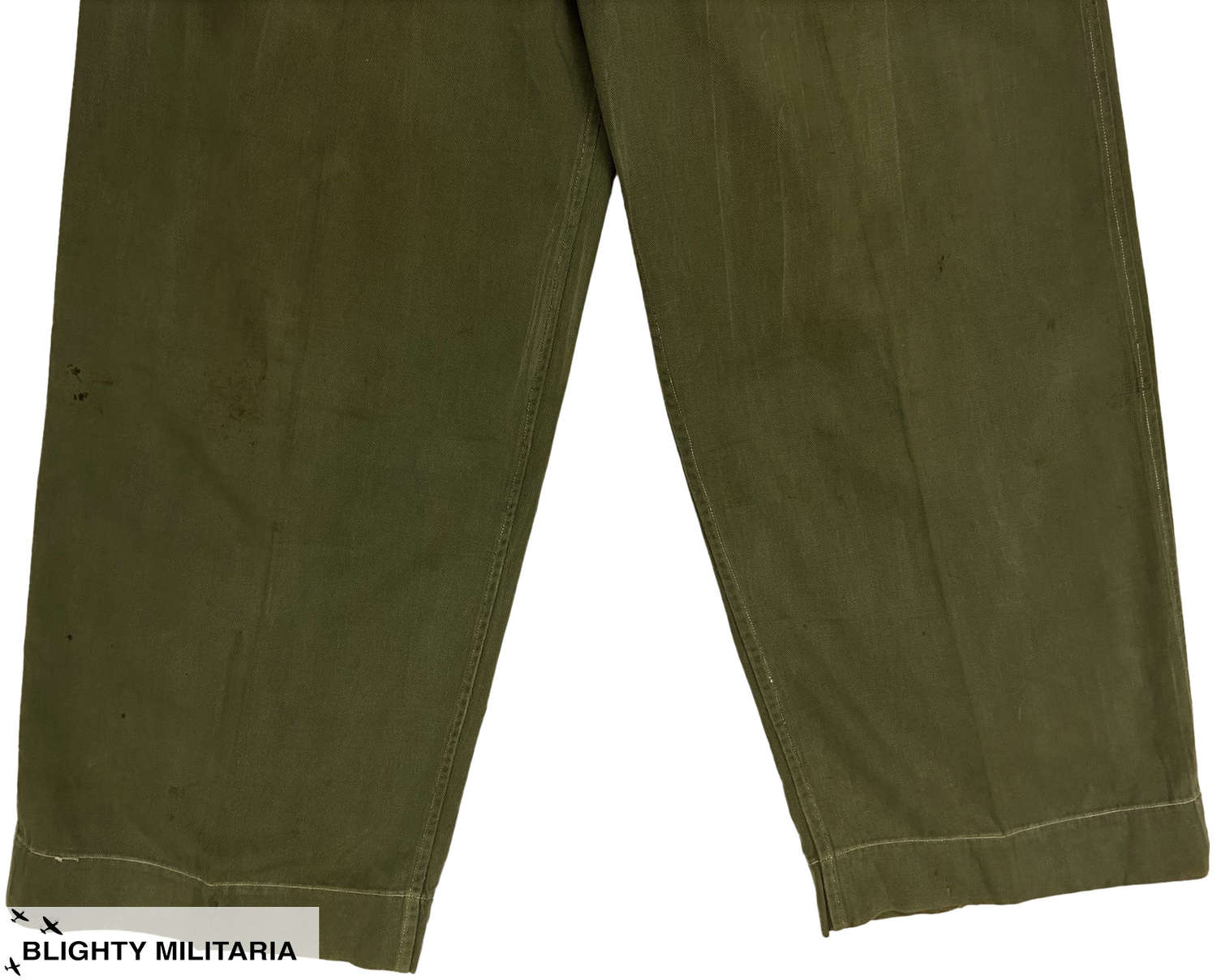 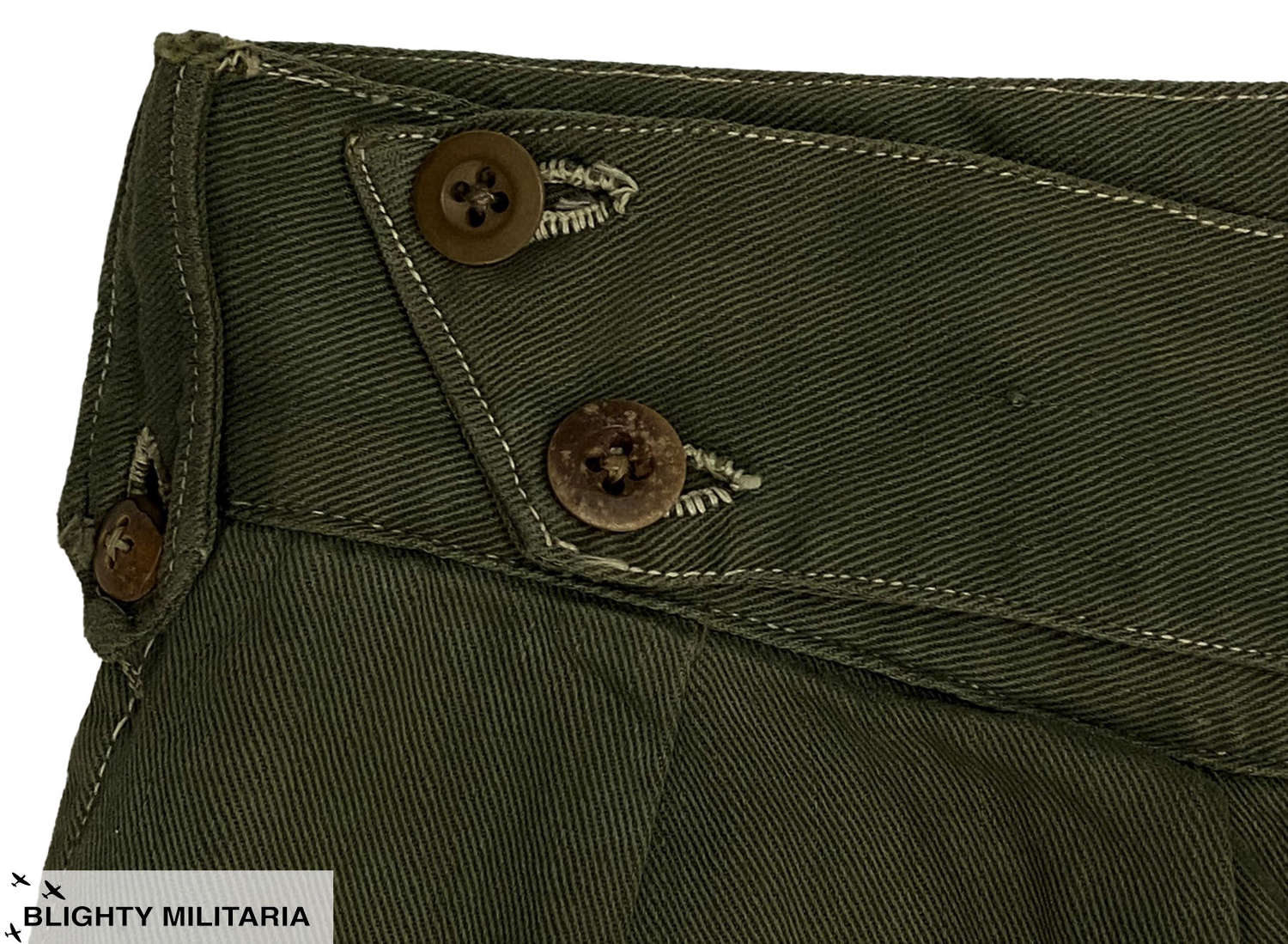 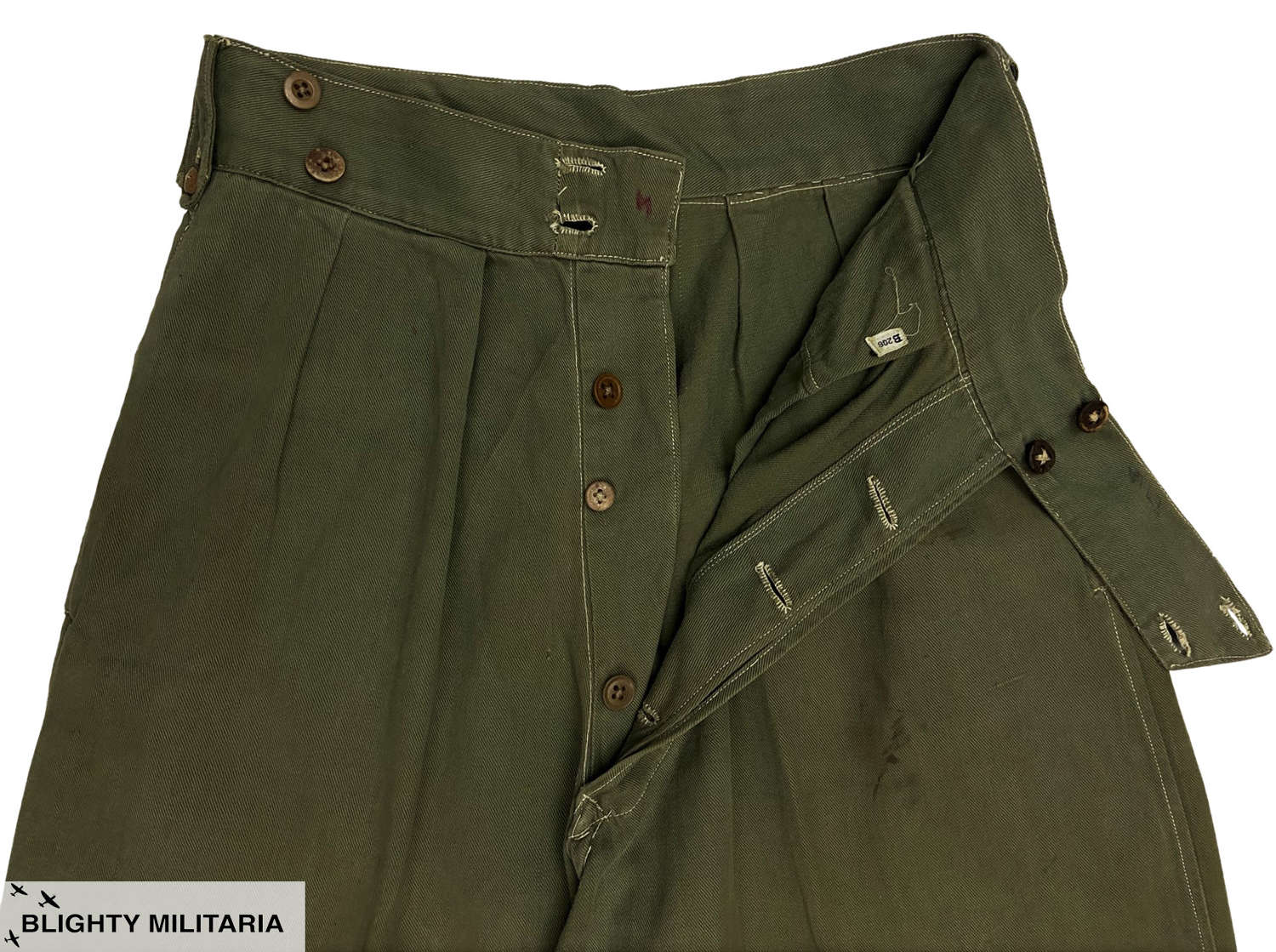 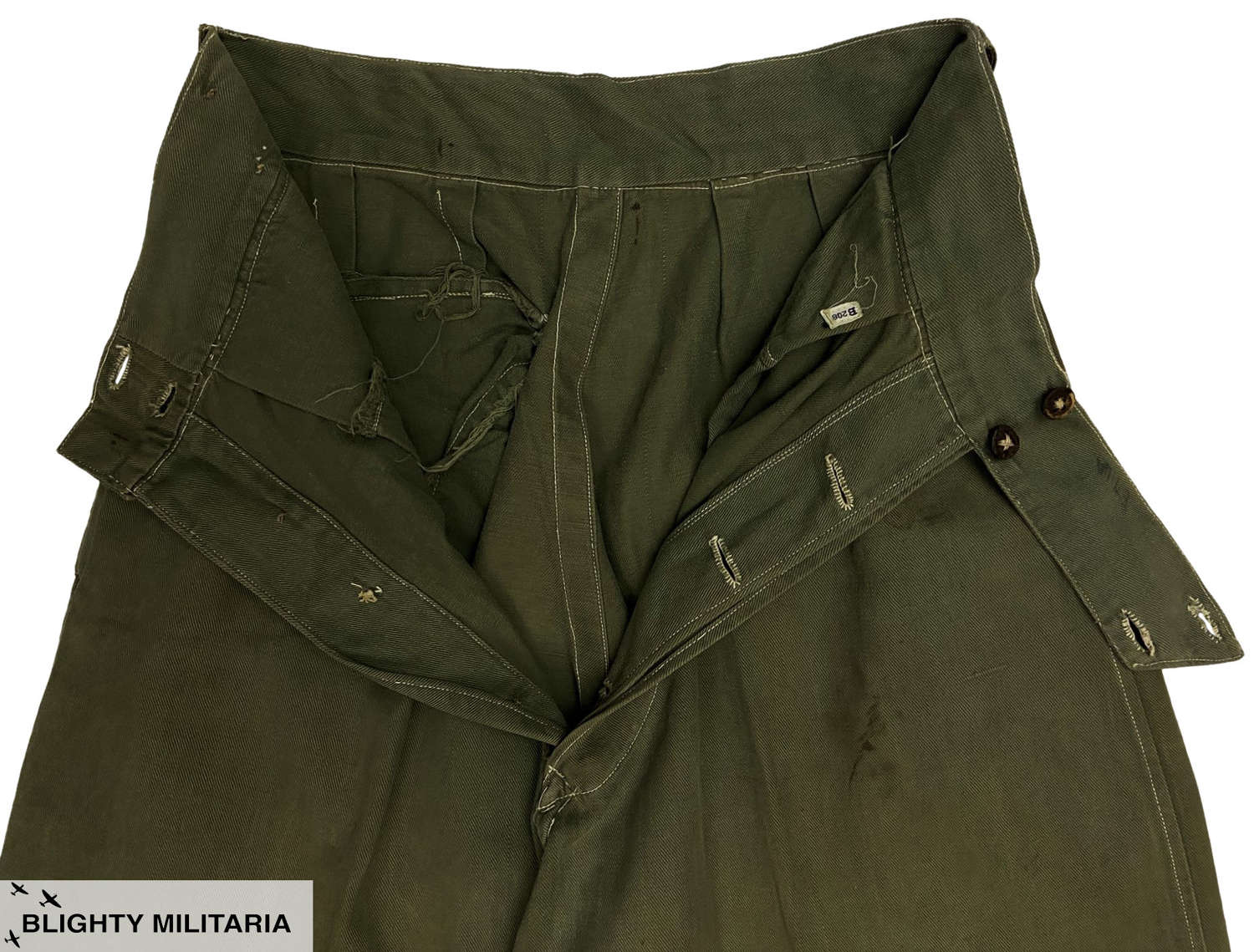 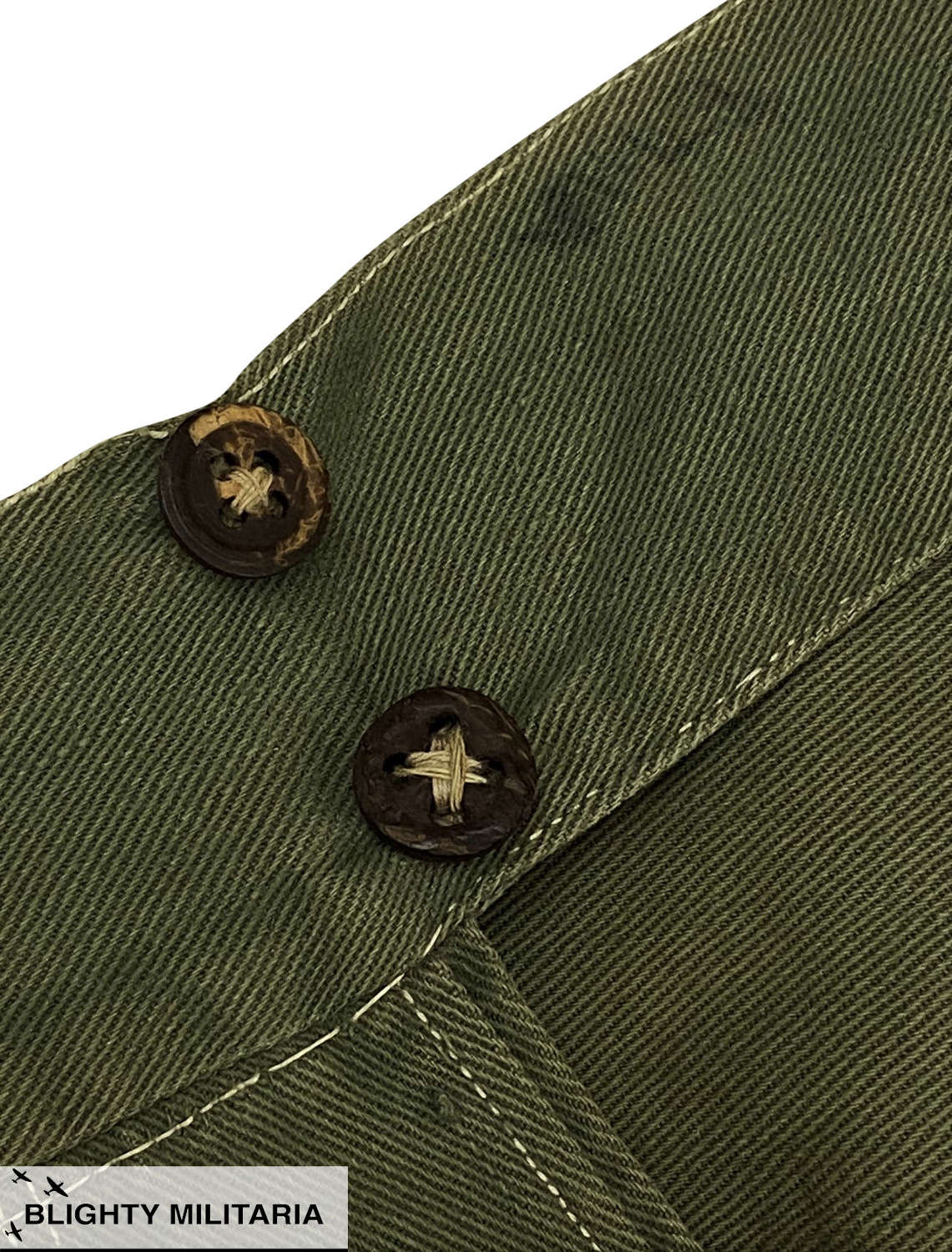 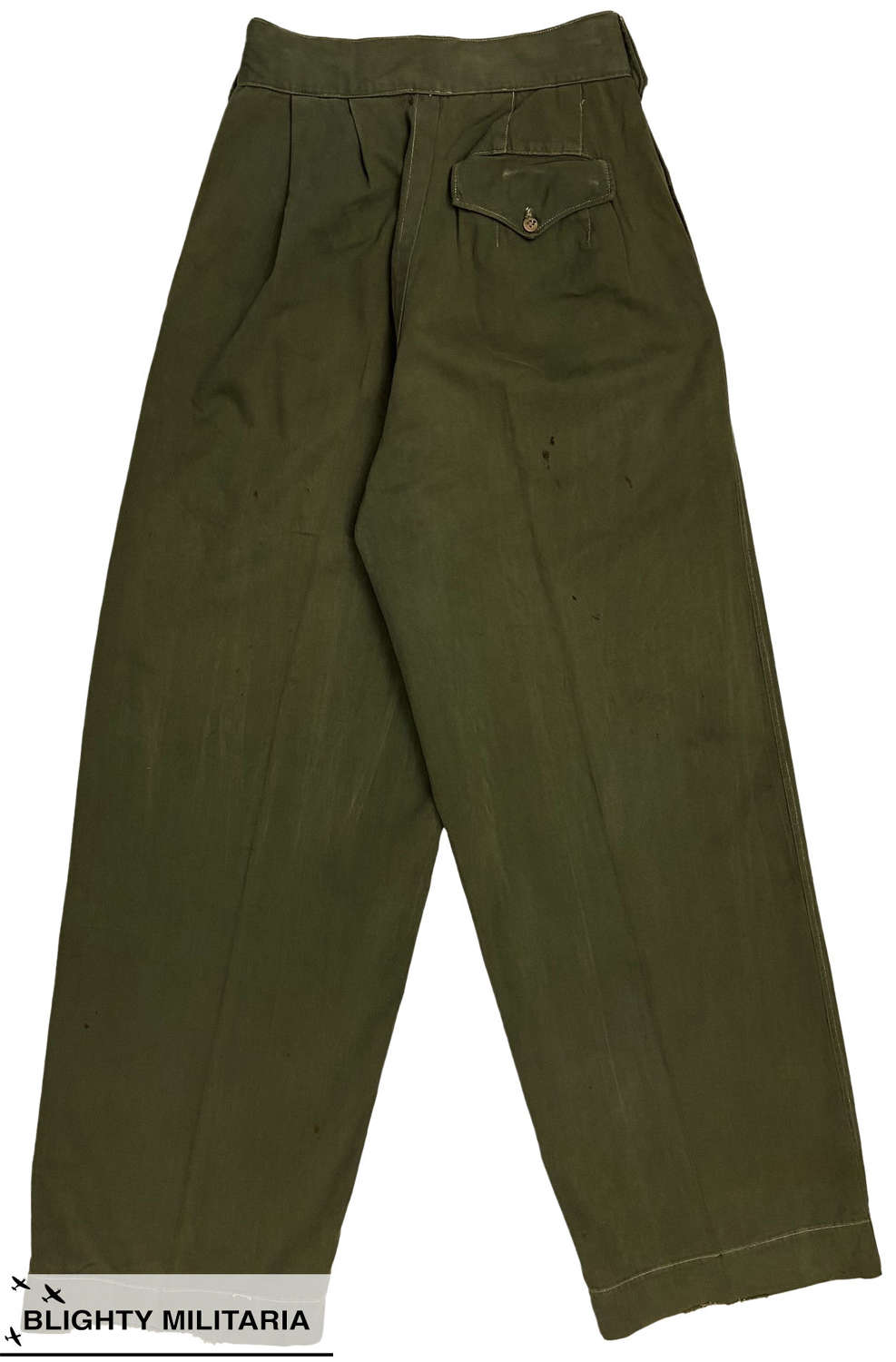 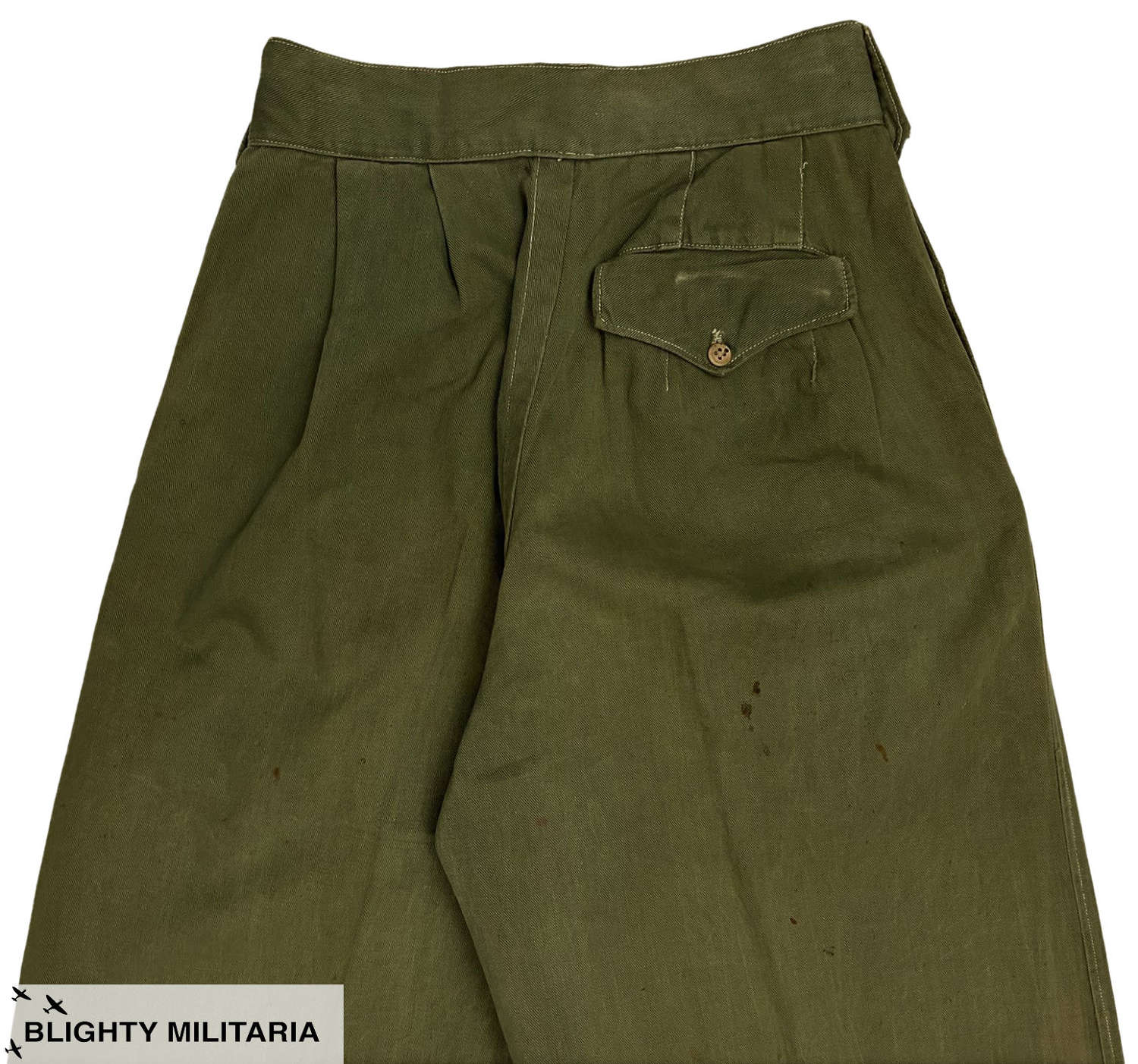 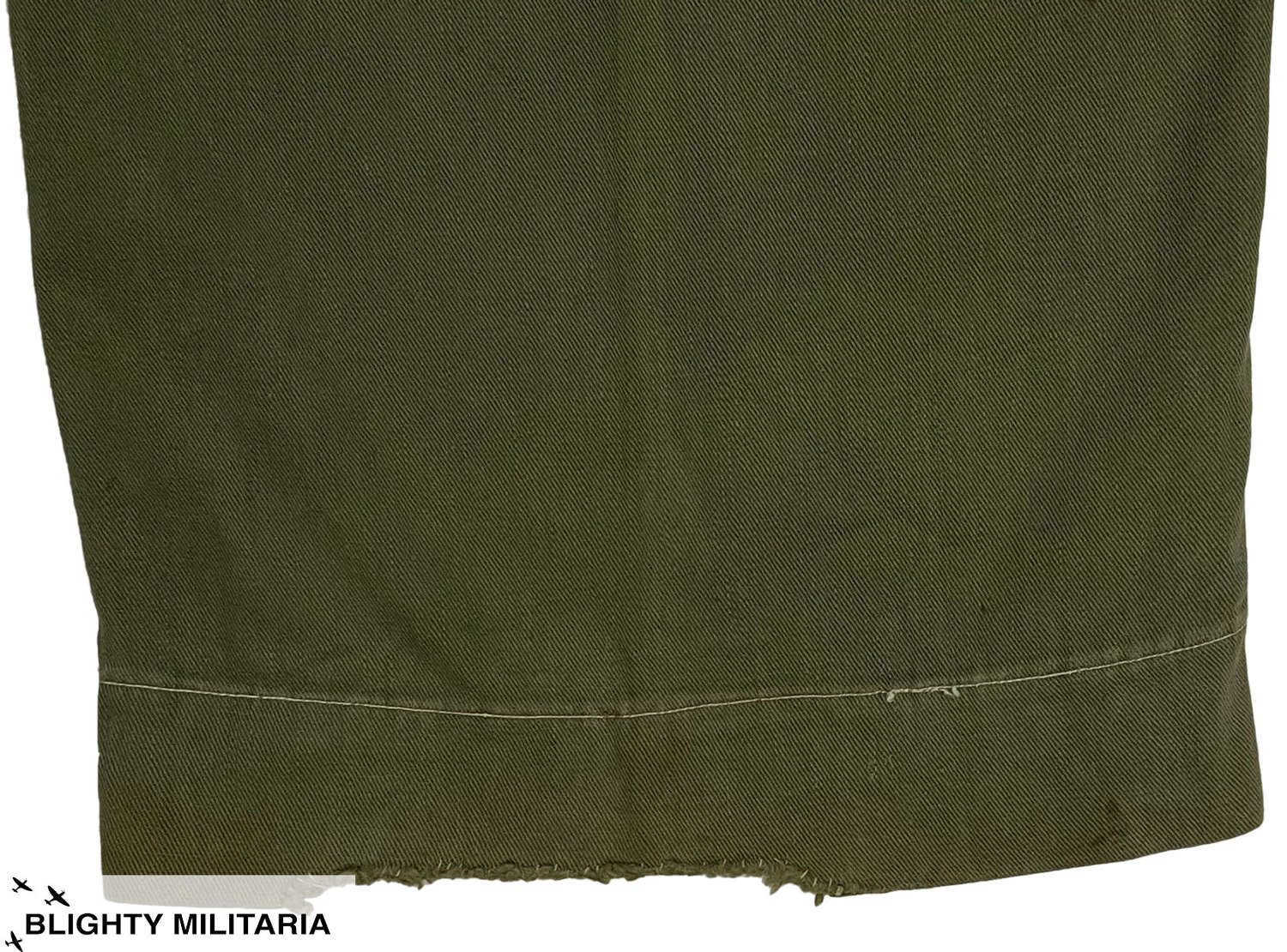