An original pair of British Army 1960 Pattern Combat Trousers dating from the early 1970s and in a size 2.

The trousers are made from a plain, olive green coloured cotton sateen and feature a First Field Dressing pocket to the right hip and a map pocket to the left thigh. The trousers also have reinforced knees, slash pockets to the hips and belt loops. A metal zipper closes the fly and is marked 'NZ' to the front and is typical of the period.

Inside the trousers both original labels are still present. One label is an instruction label whilst the other is the manufacturer's label. The label states the size as Size 2 and the maker's name as 'James Smith & Co. (Derby) Ltd'. The A/78 contract number is also present and dates the trousers to the early 1970s.

The condition of the trousers is good with various signs of wear and use. Overall they display well and look to be very wearable but are a vintage, pre-owned item which may have other small issues commensurate with age.

All in all a good pair of combat trousers with a nice clear label. 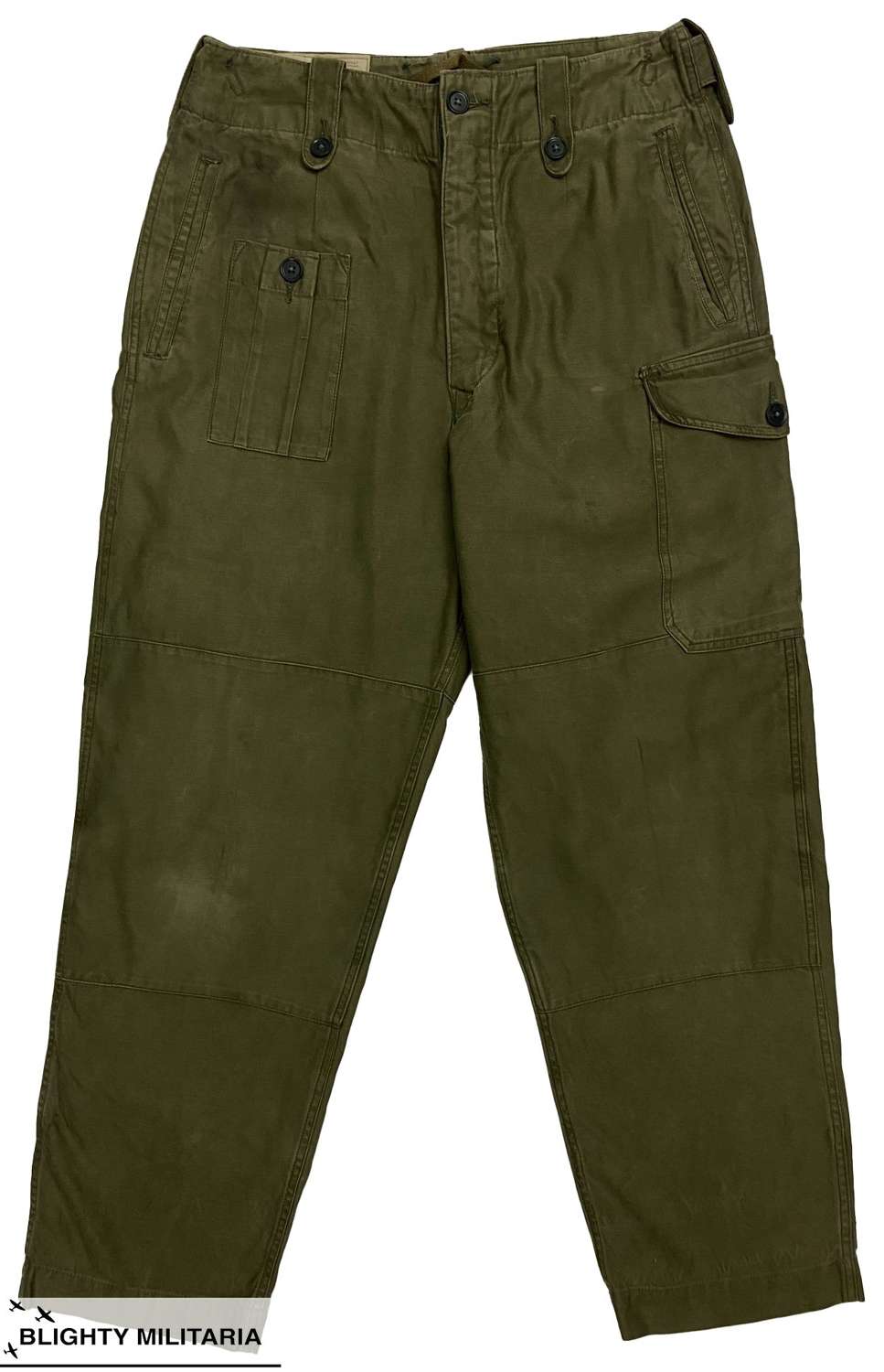 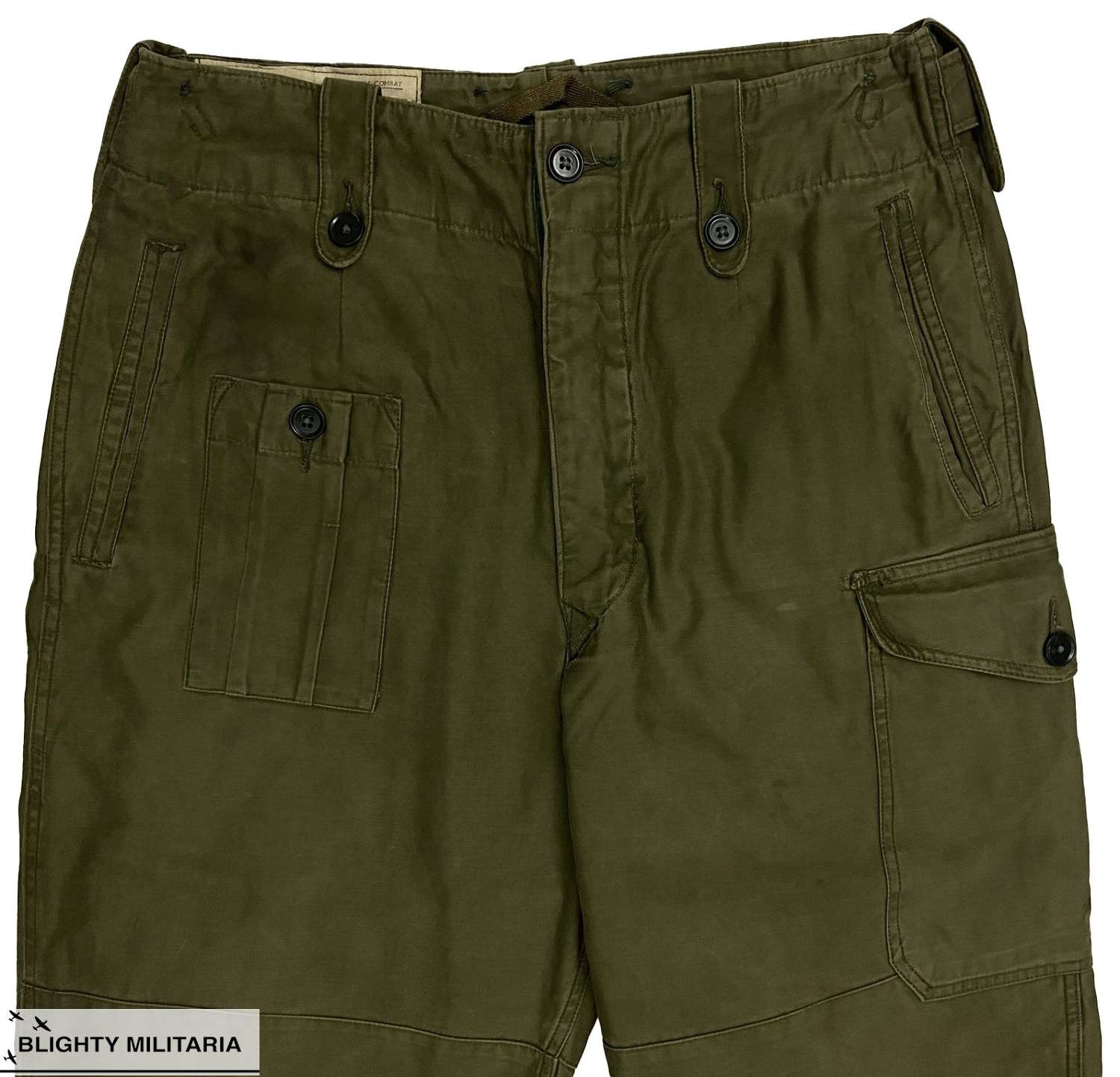 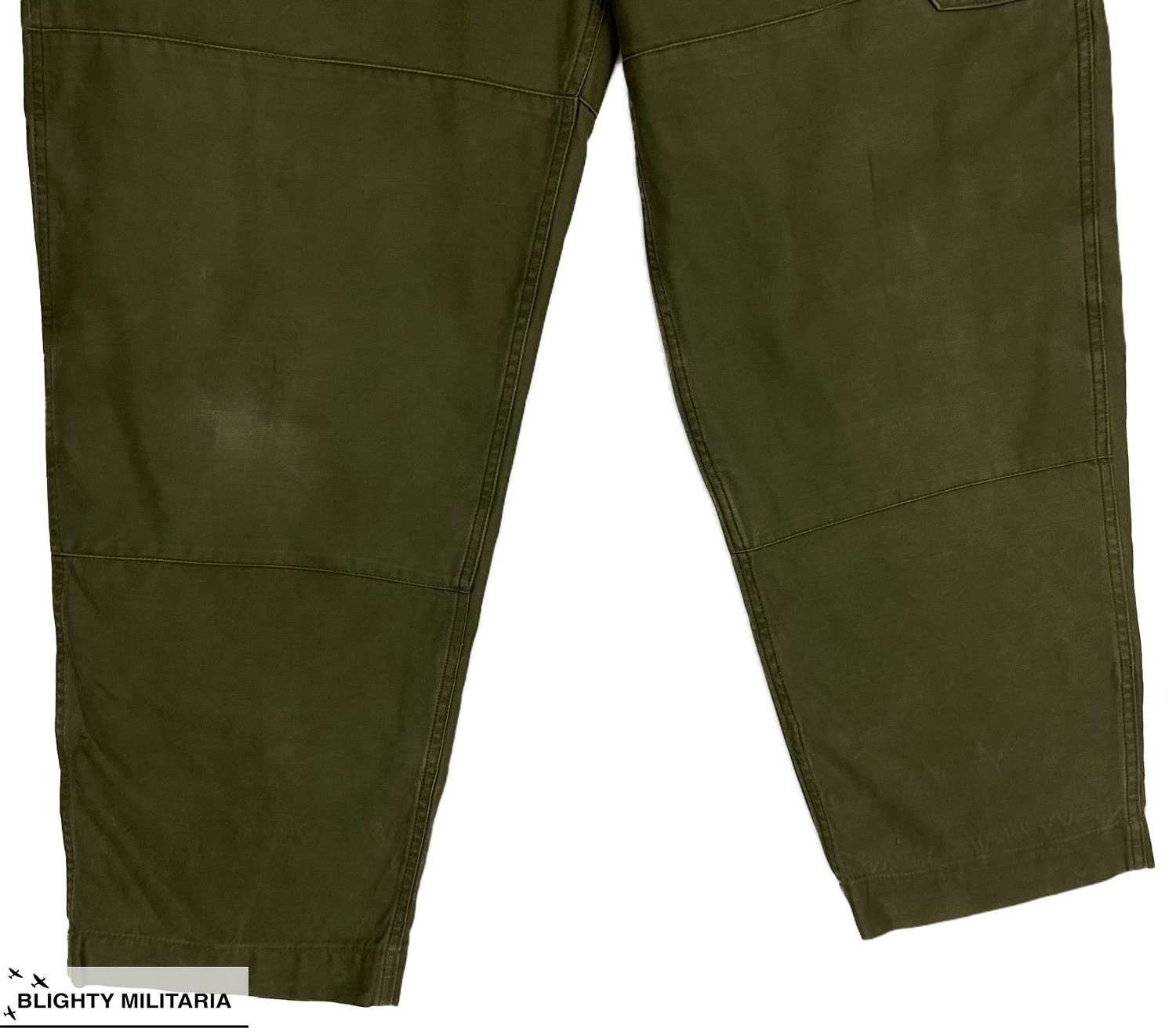 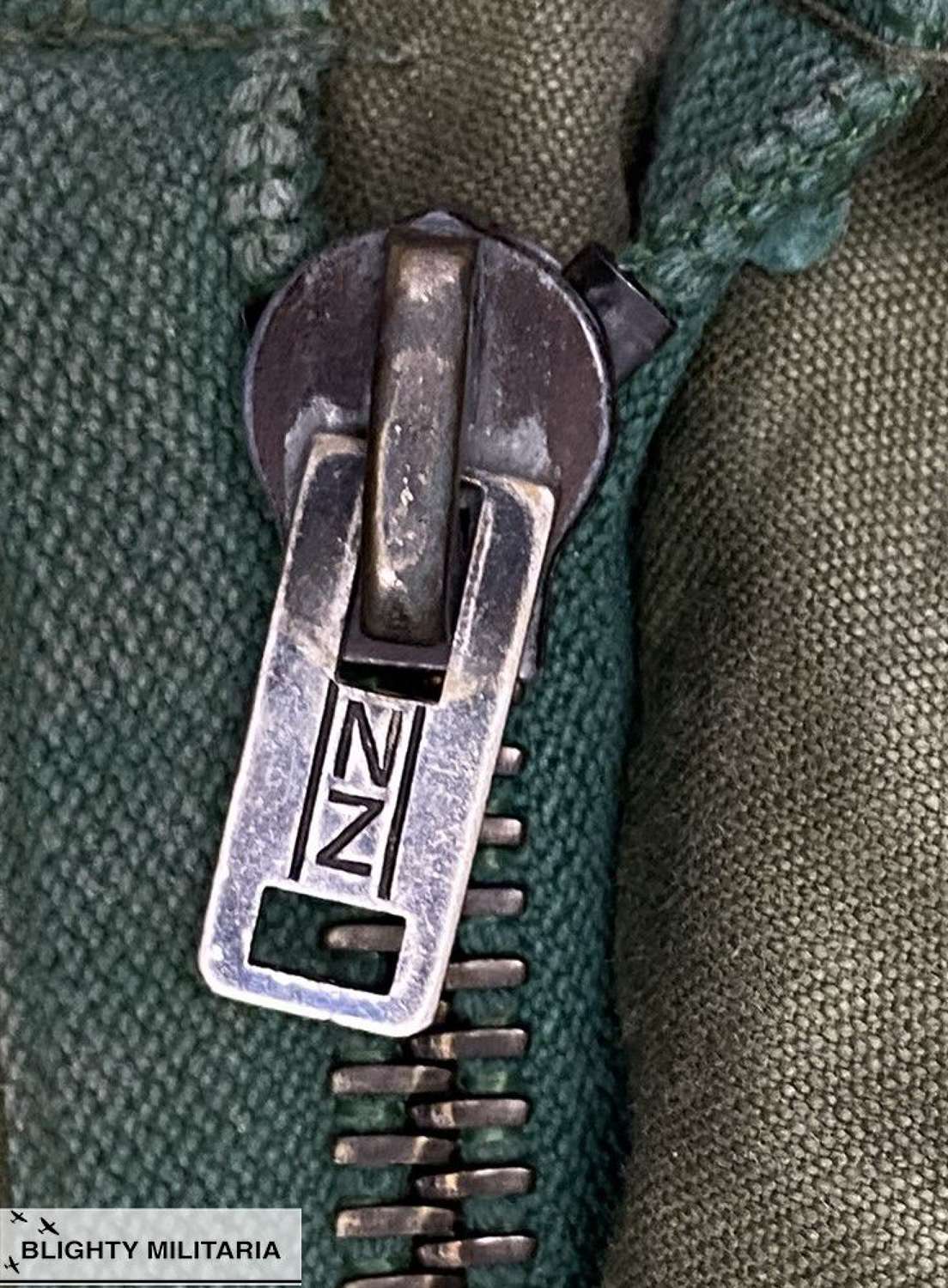 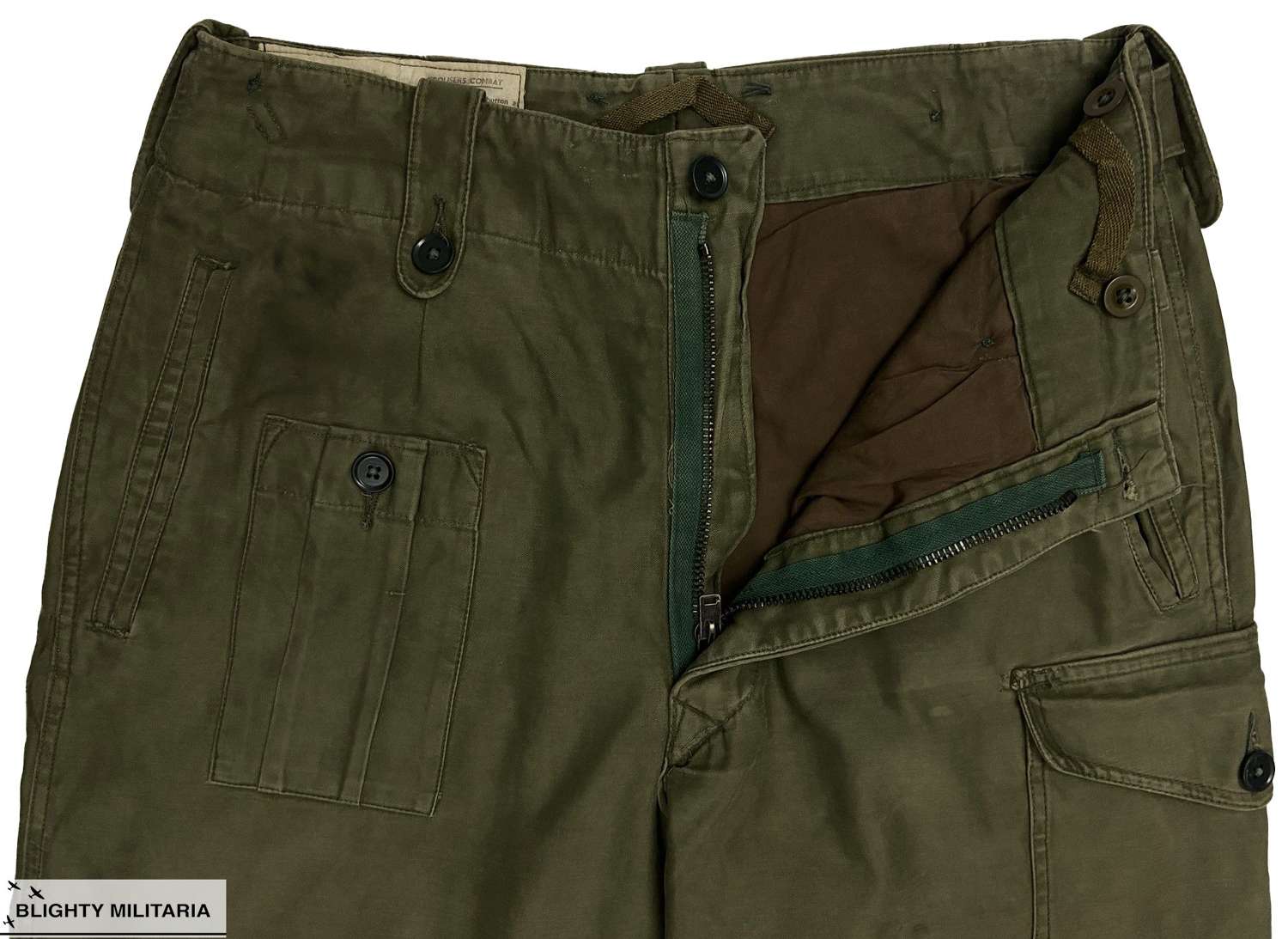 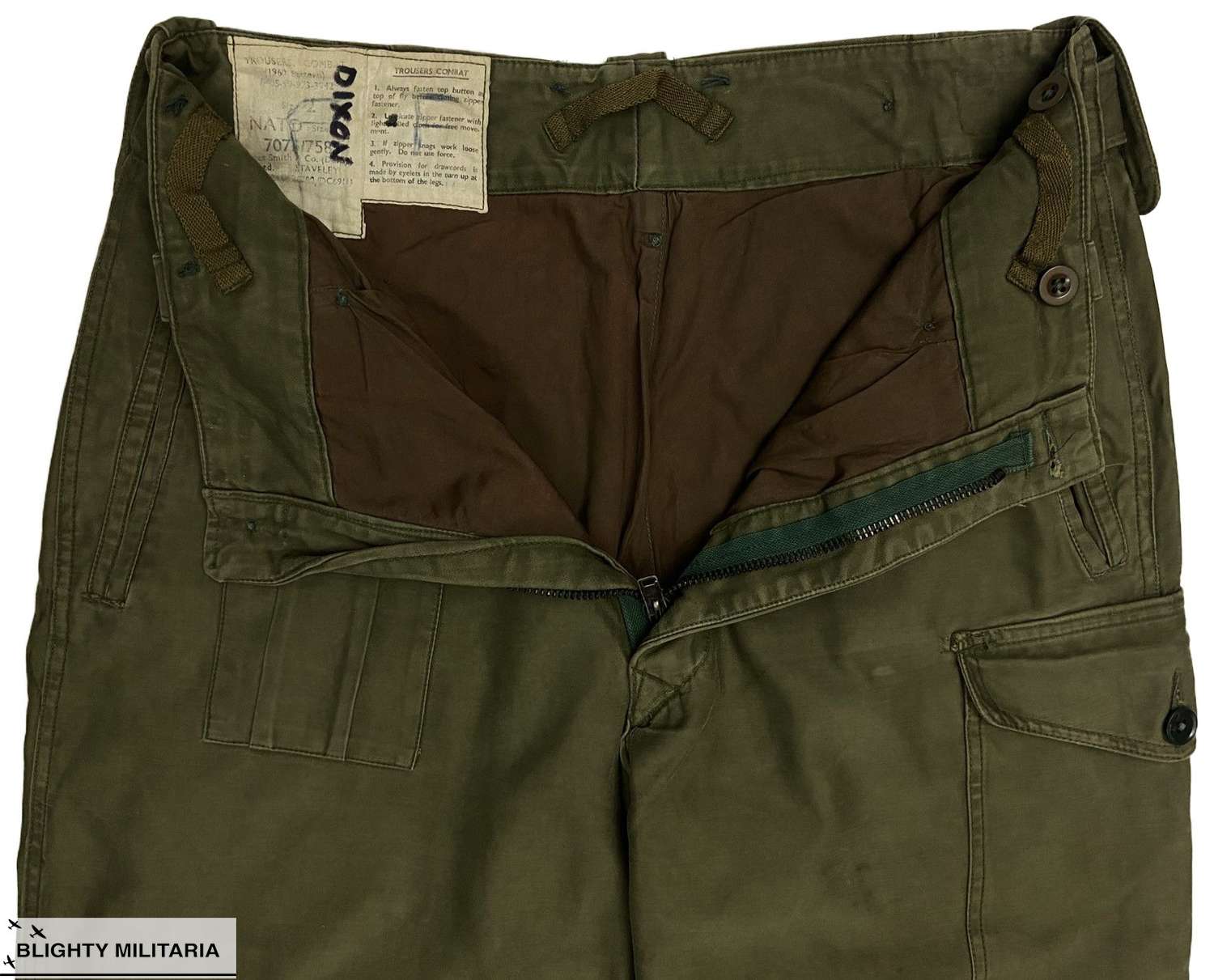 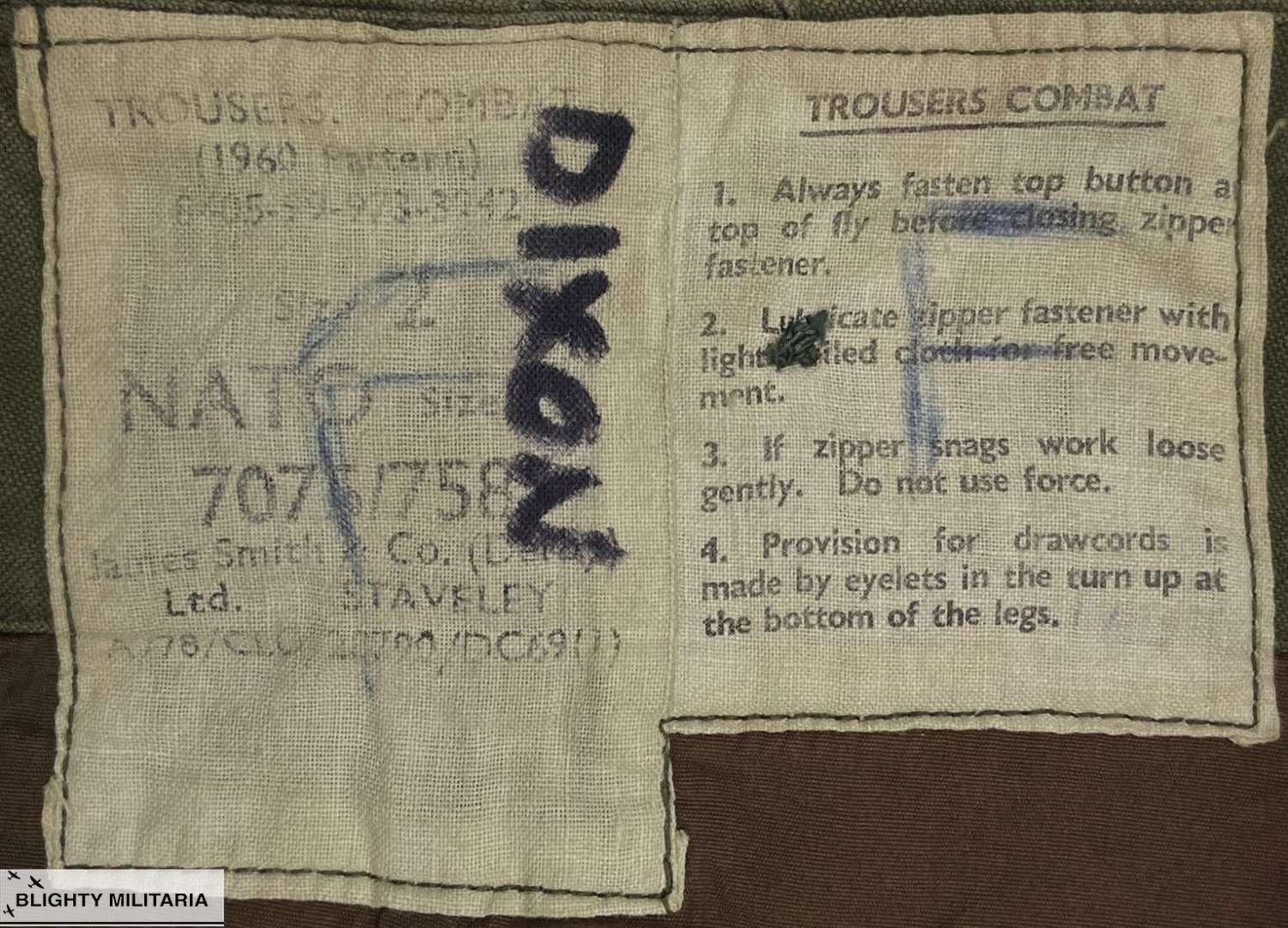 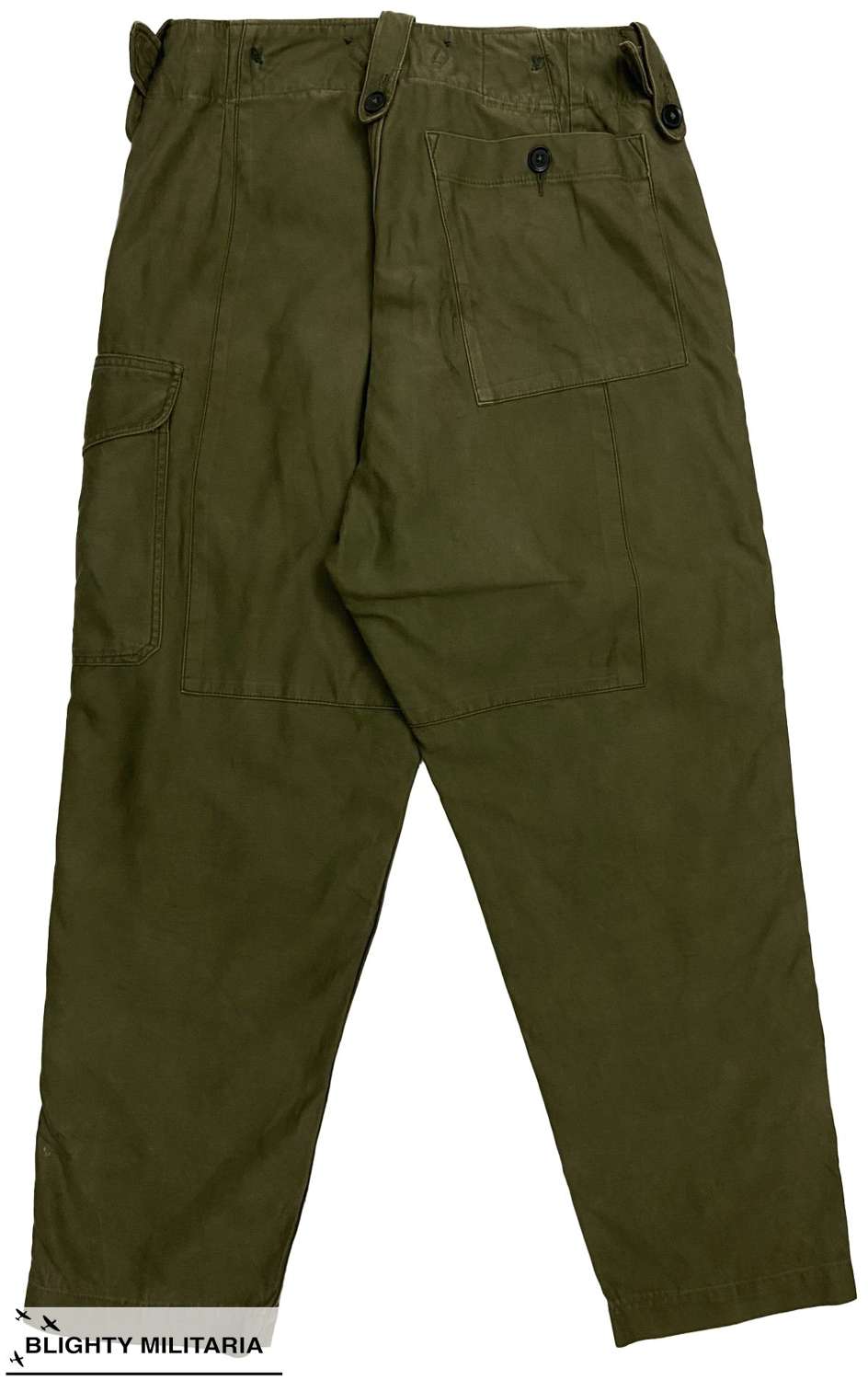 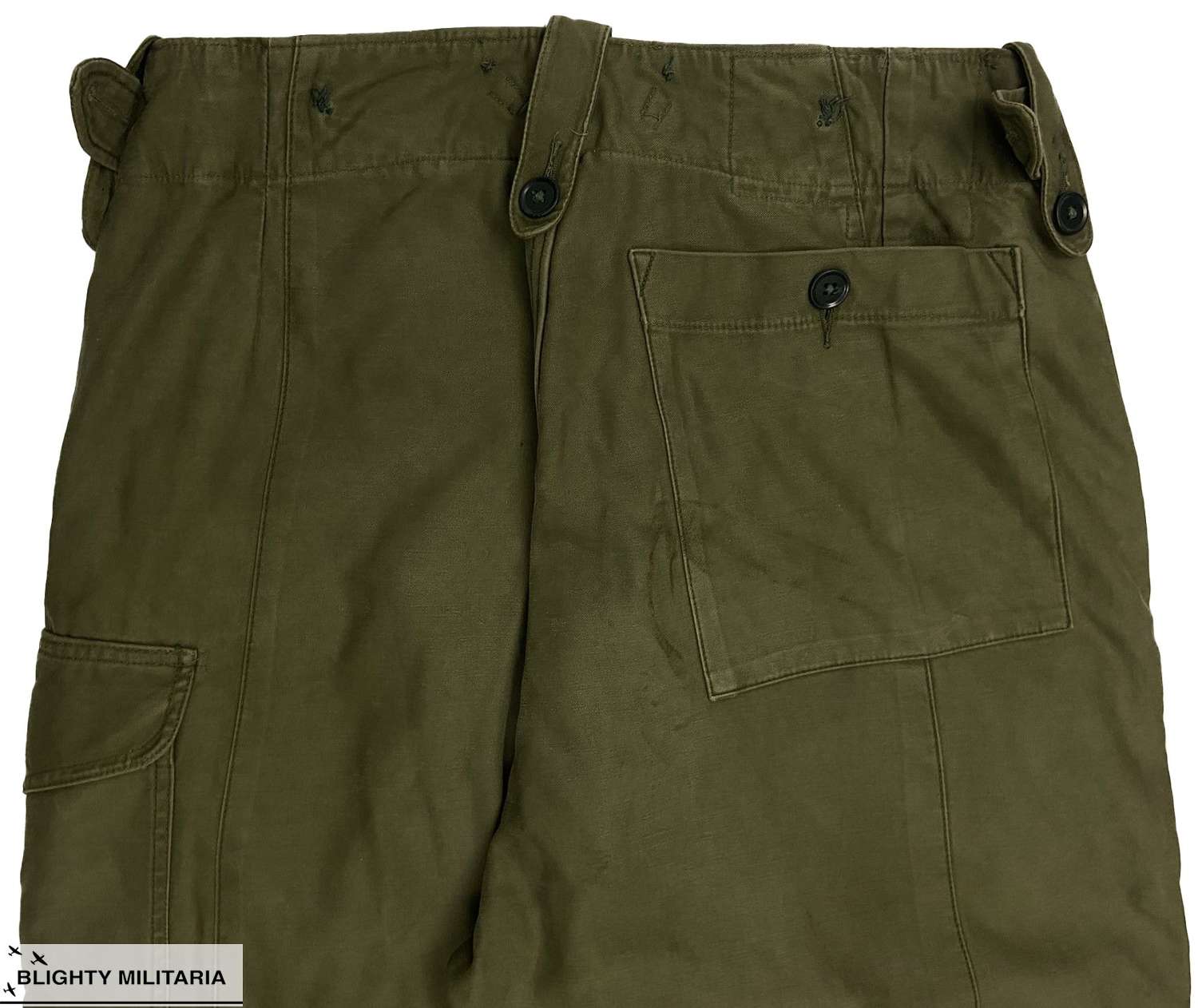 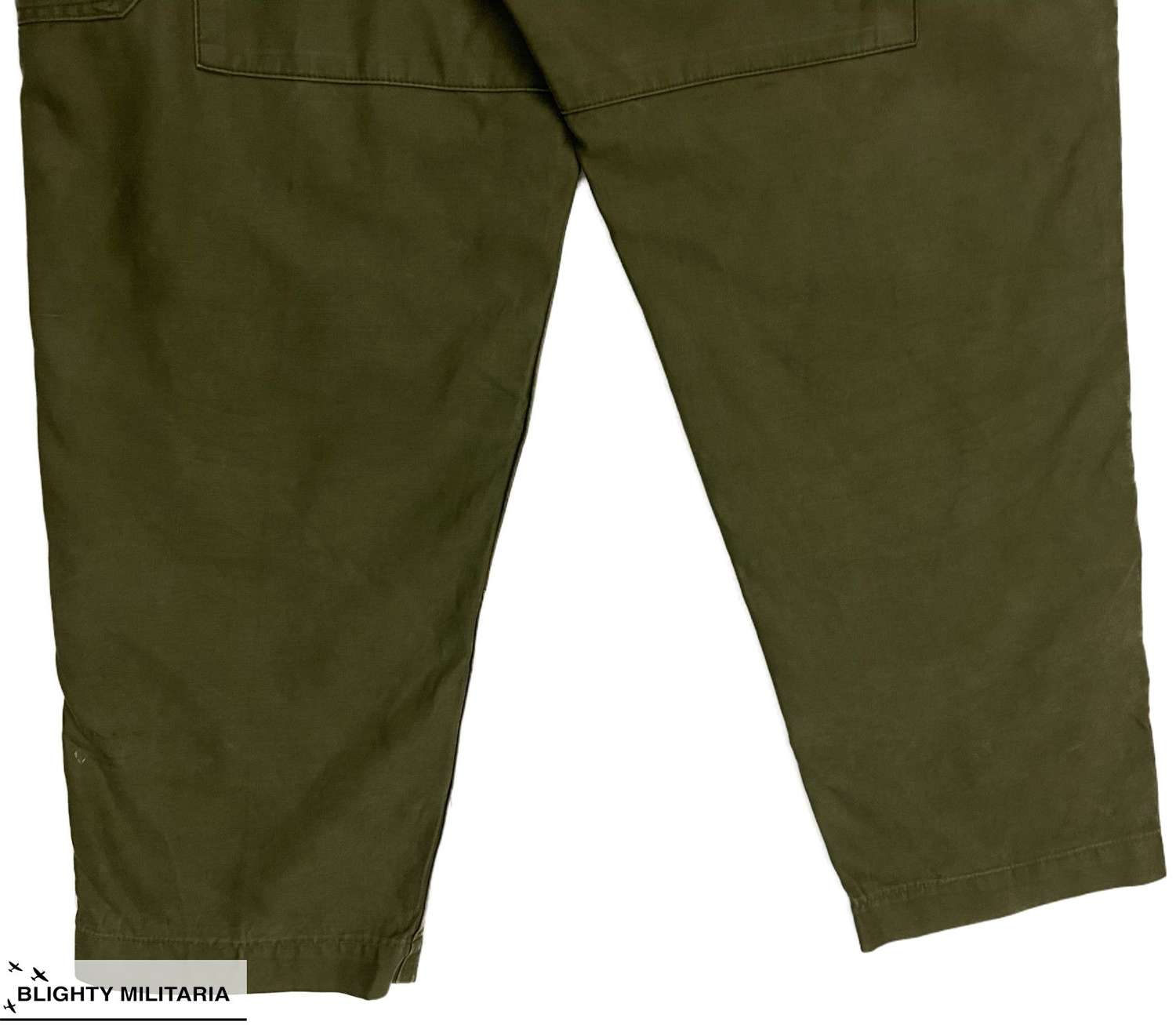