This pattern of entrenching tool was used from before the Great War and throughout the conflict before being made obsolete in the early 1920s. It was introduced again in the early part of the Second World War, making this example a bit of an oddity. Entrenching tools and carriers were produced in the late 1920s and early 1930s, with survung examples such as this proving that they were still being ordered.

The head has some pitting but displays well overall. The 1930 date is extremely clear and the maker's name of 'J. Yates & Co Birmingham' is also present. The helve is a standard example and is in good condition as can be seen in the pictures. 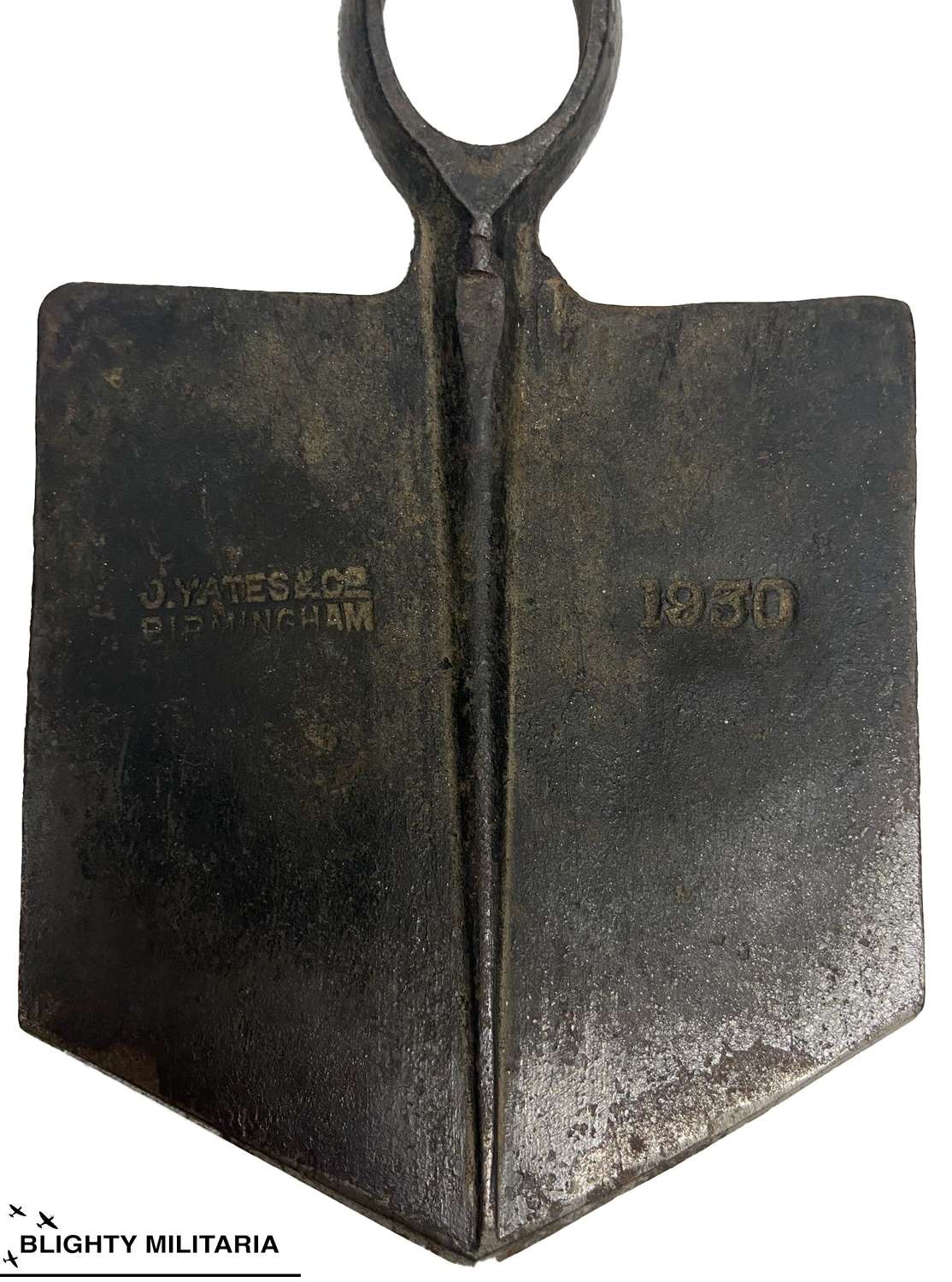 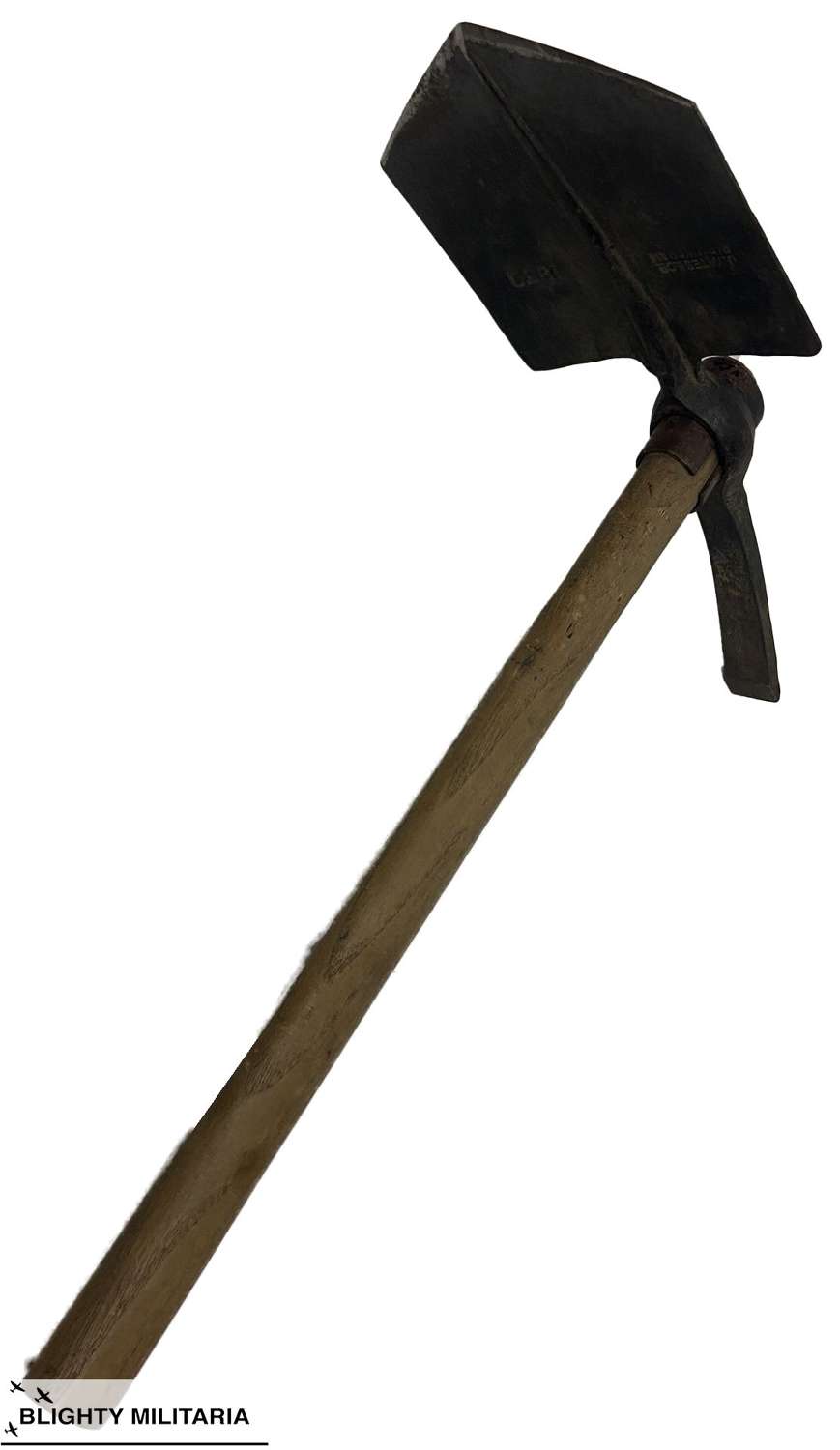