A scarce original example of an RAF Ordinary Airman's collarless shirt as worn during the late inter-war period and throughout the Second World War.

This shirt is made from the blue poplin material which features a yellow and white wavy fleck pattern to it. This material was replaced with a more standard end-on-end material making these shirts very hard to find today. It features a half-placket front and a barrel cuff.

This particular example still retains its original label to the interior. It has been washed out but is the small style used in 1939 before it was removed, being replaced with a black ink stamp directly onto the main body of the shirt.

The shirt is heavily stained and marked as can be seen in the pictures. This is reflected in the price of what is actually a very sound and wearable shirt which has sadly been soiled. Please study the pictures and bear in mind that this is a vintage, pre-worn item which may have other small issues commensurate with age.

This is a rare shirt from the early war period which would be ideally suited to an early war collector. 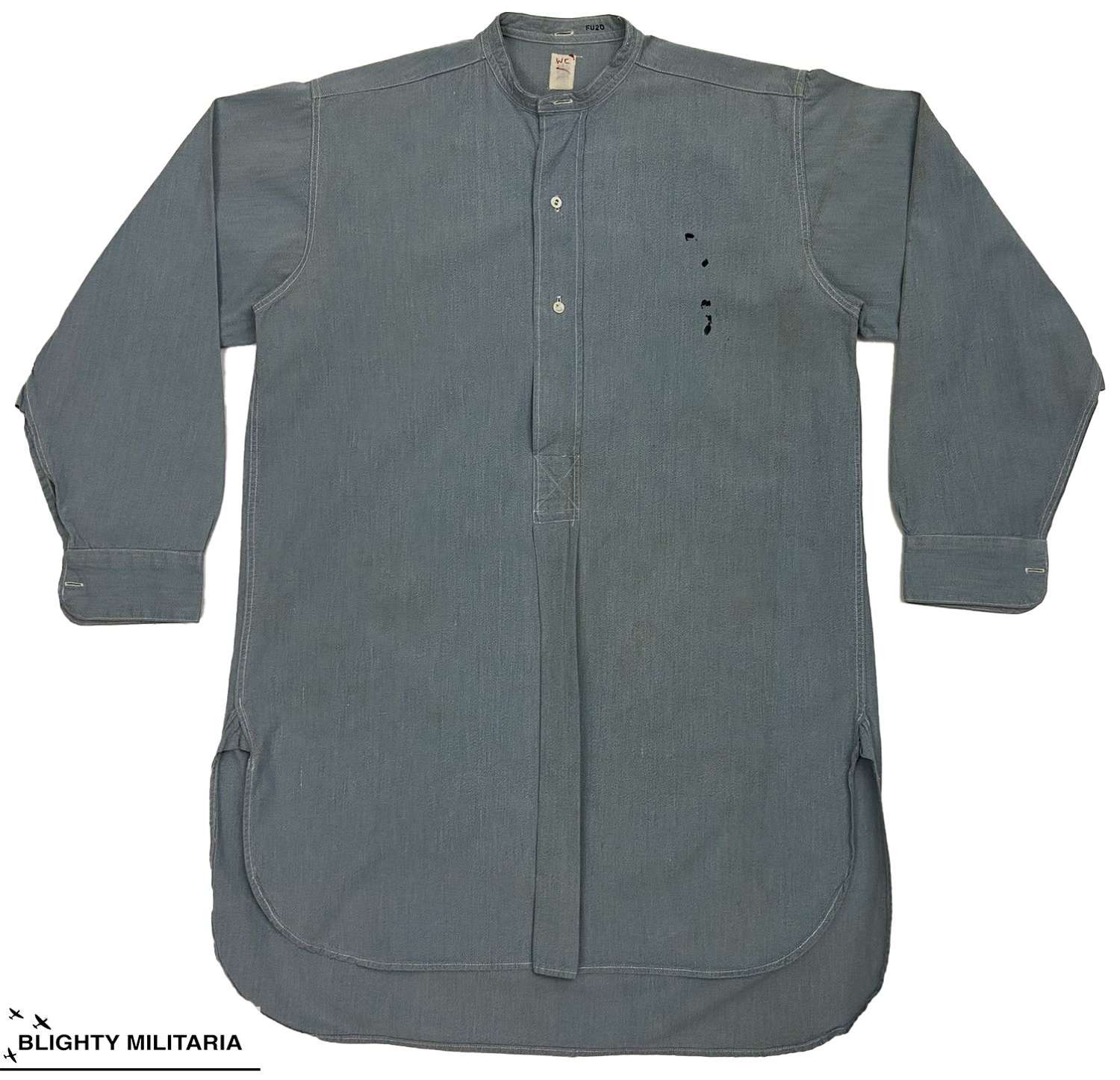 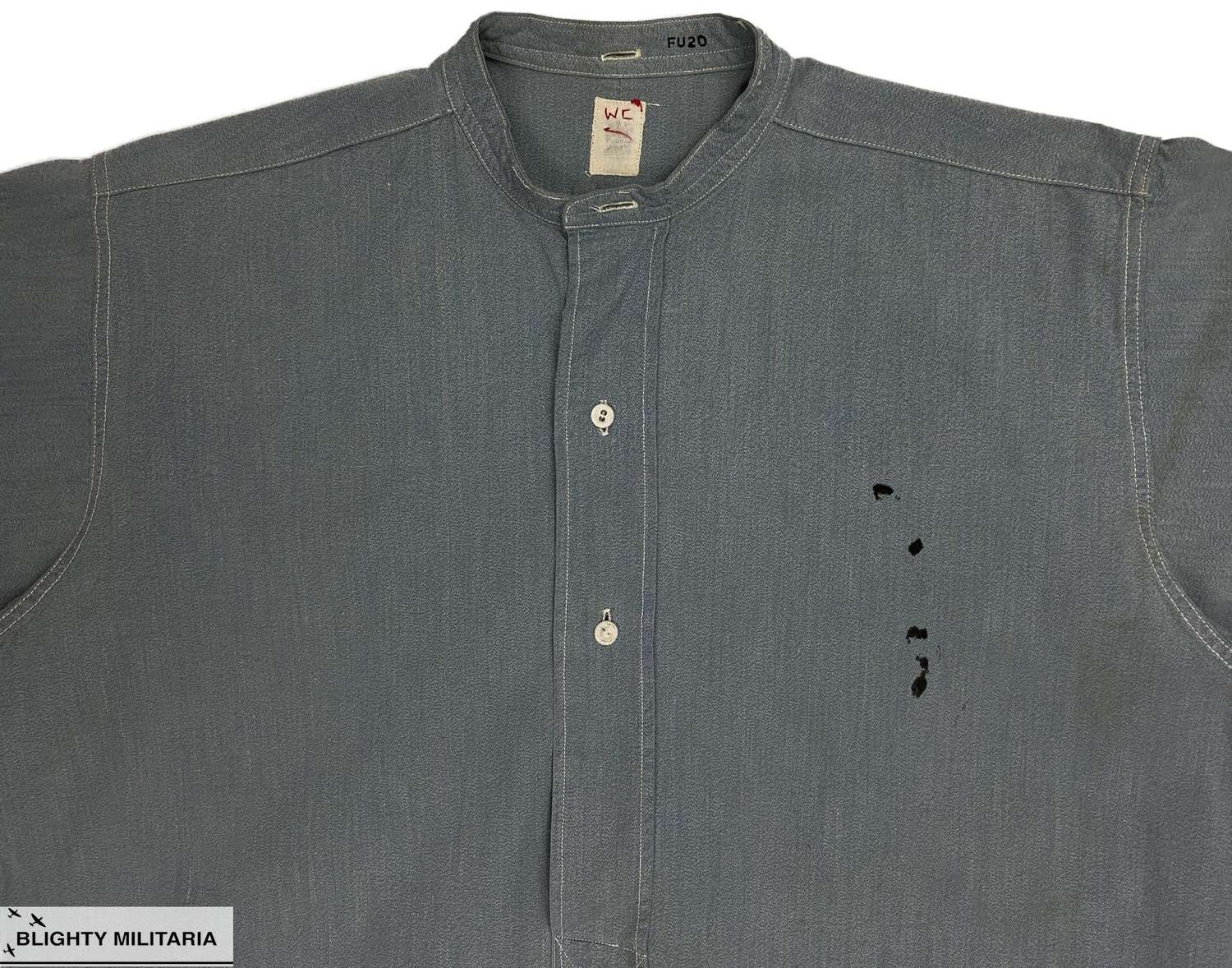 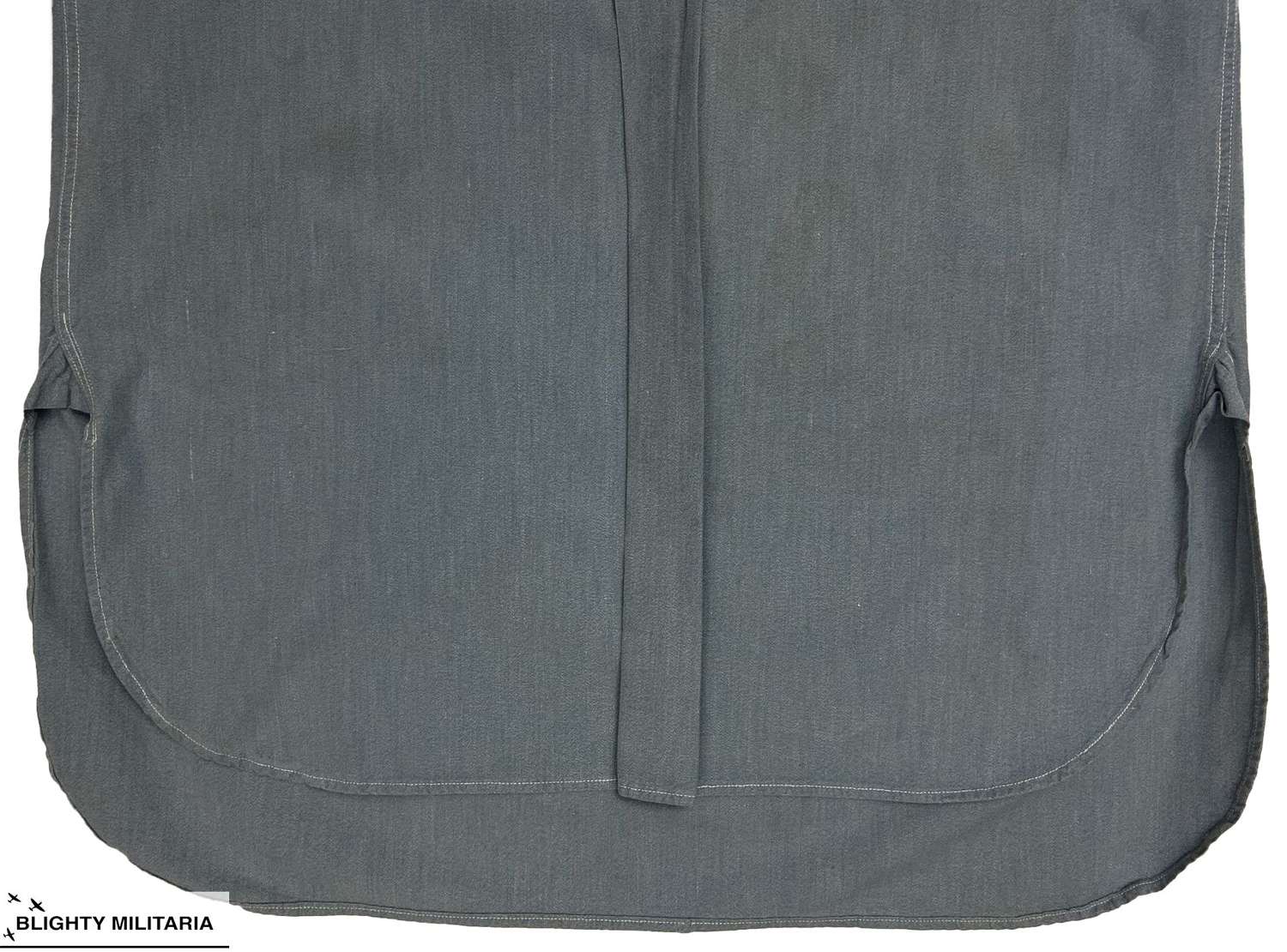 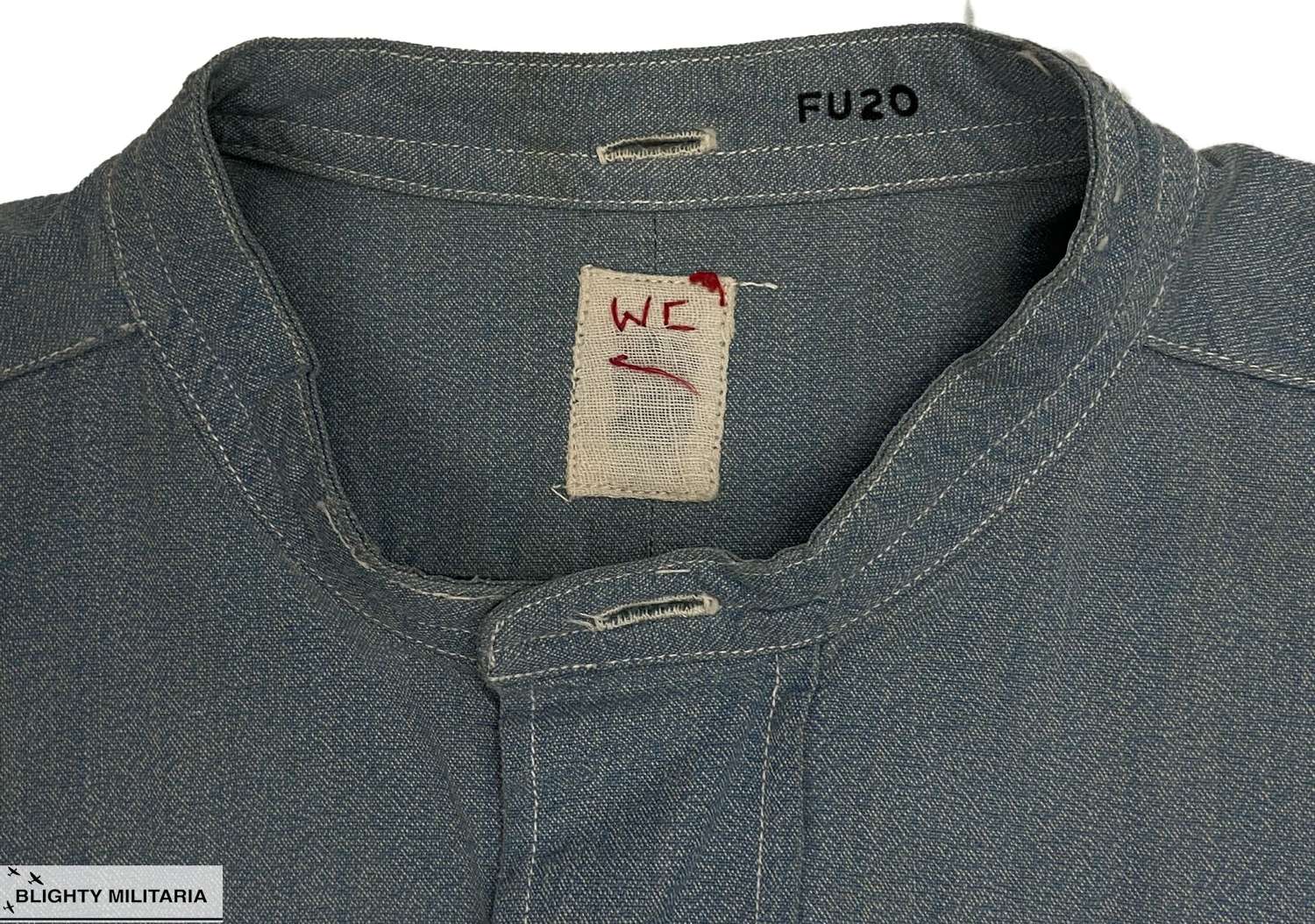 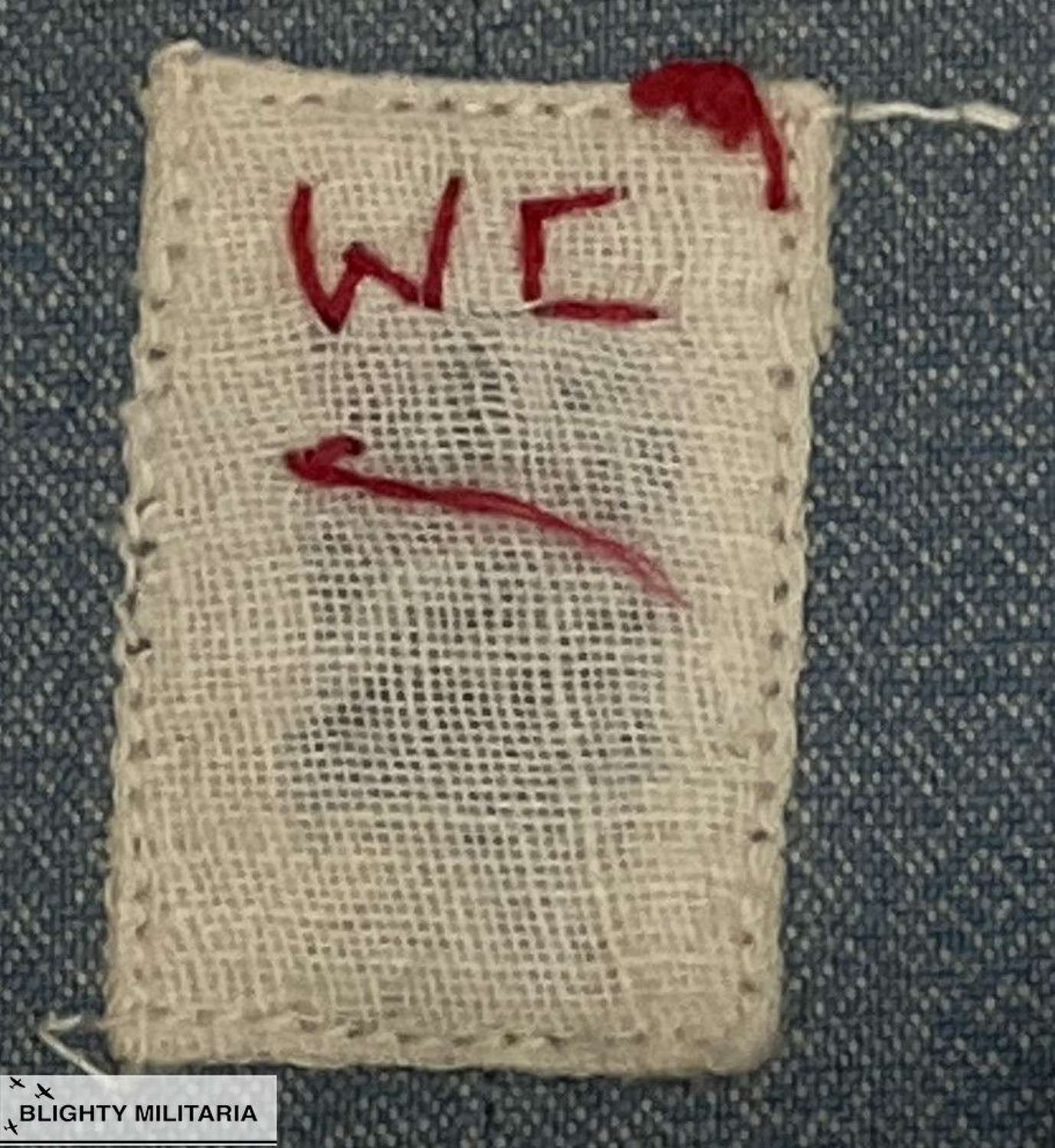 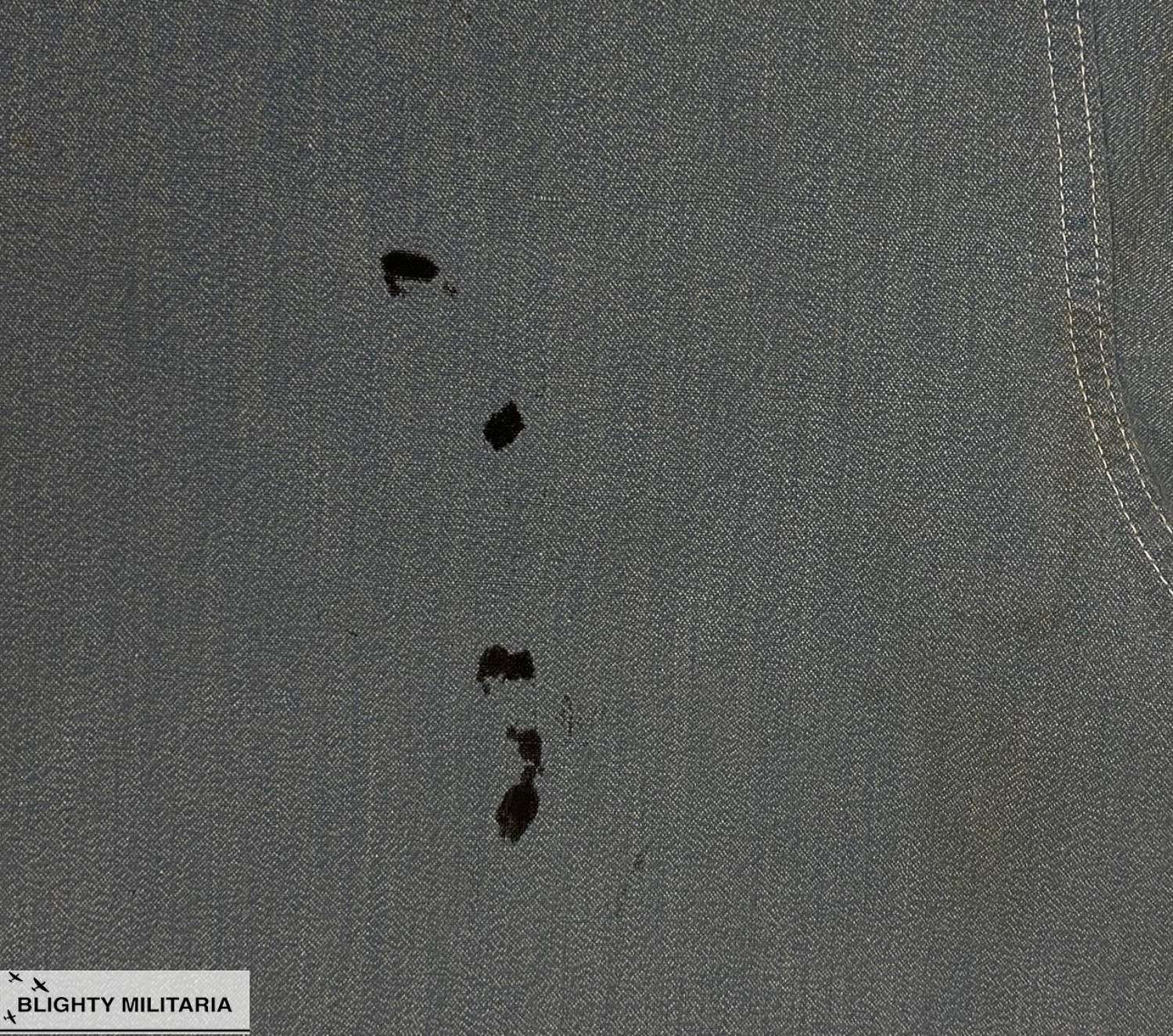 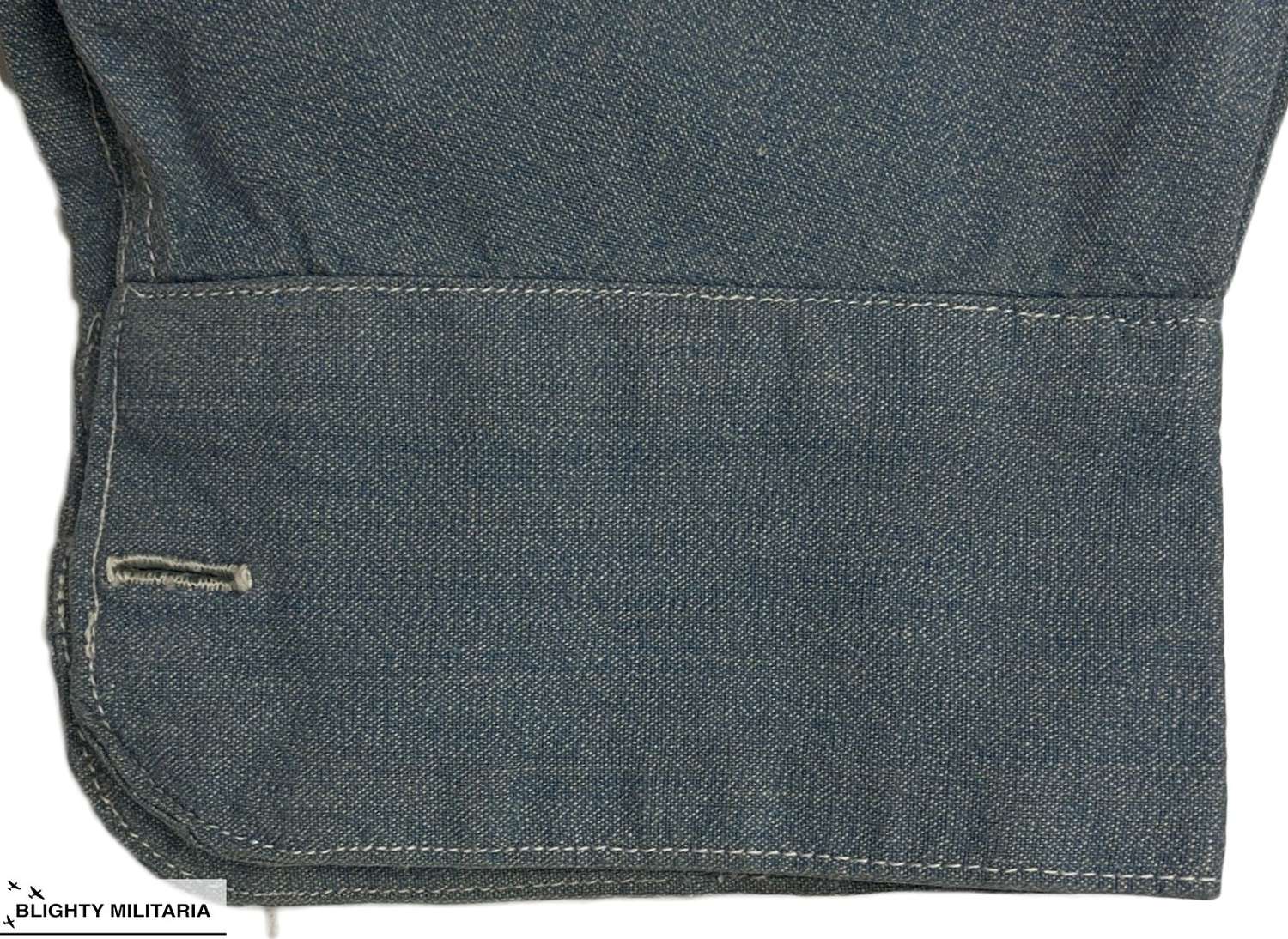 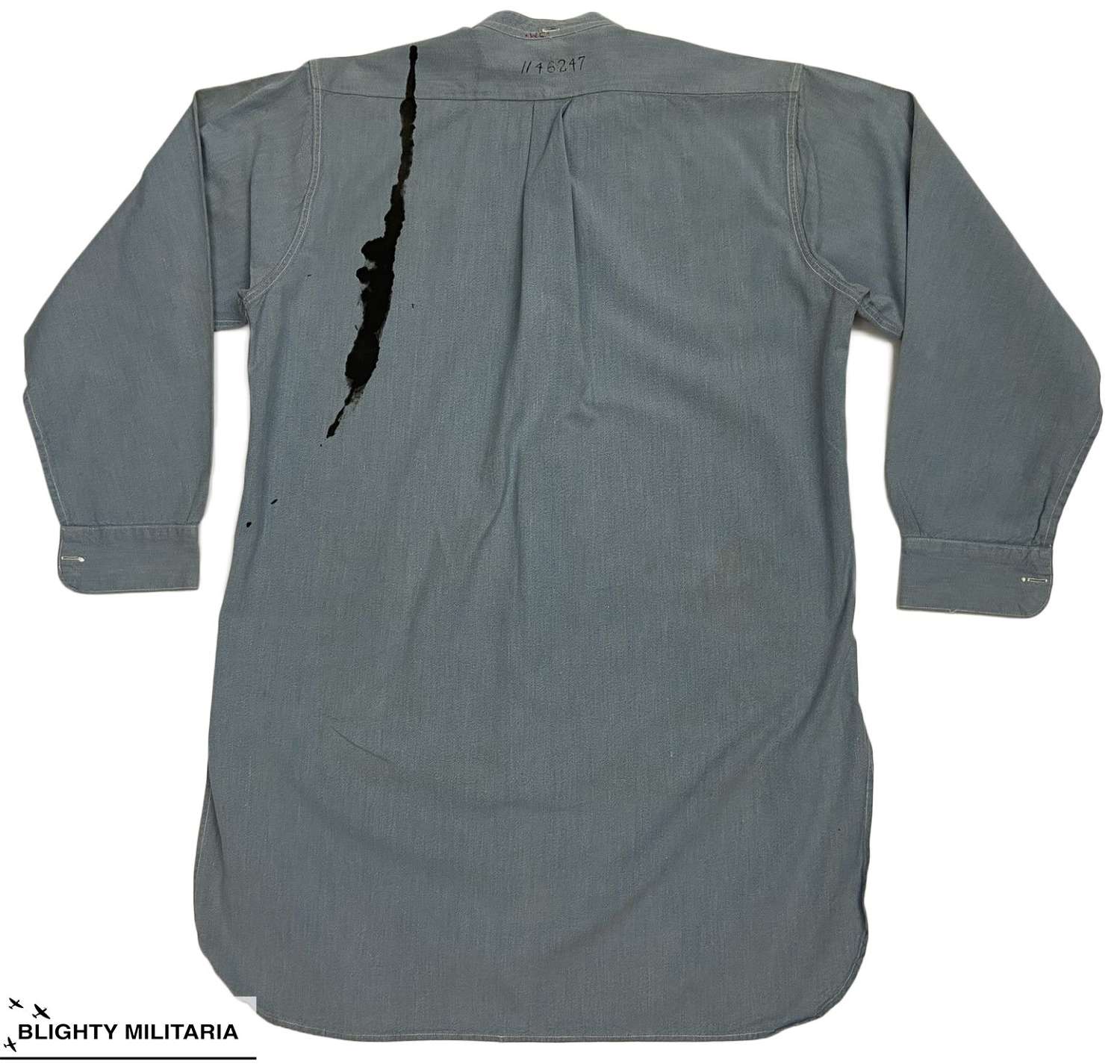 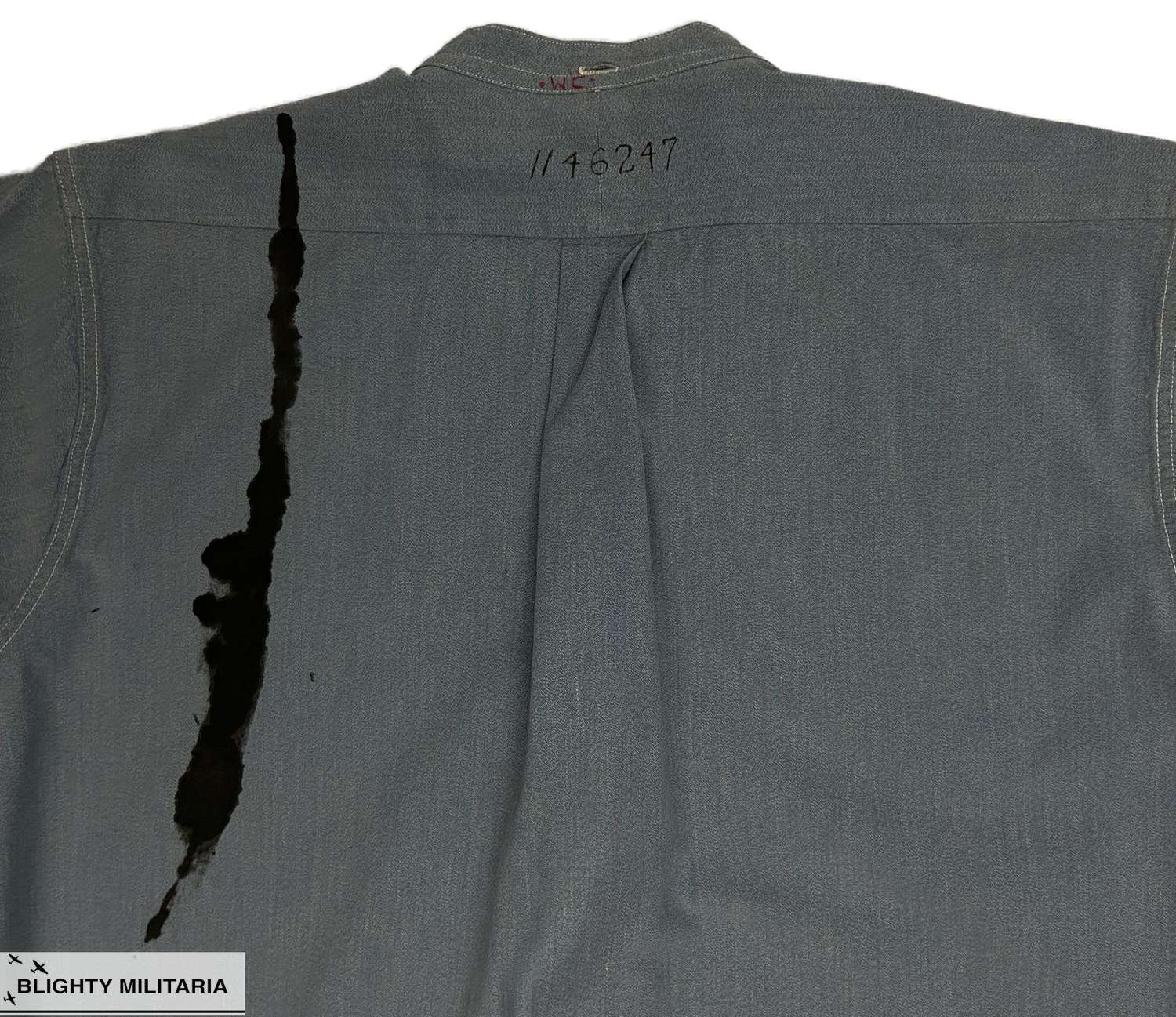 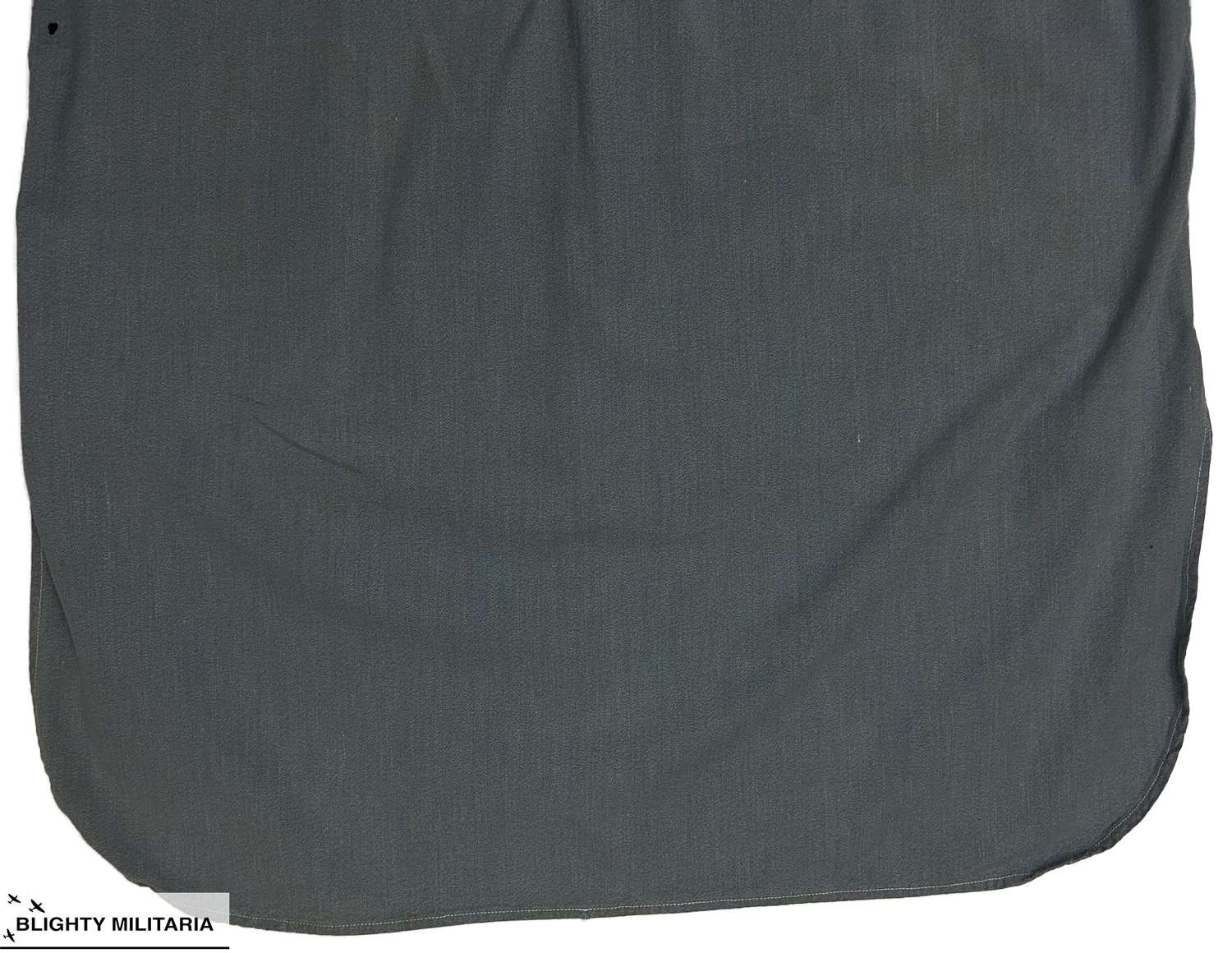