An original Women's Auxiliary Air Force officer's tunic made by 'Debenham and Freebody' during the Second World War.

This pattern of tunic was worn by officers throughout the Second World War. Like the mens tunic which it is closely modeled on, it is made from an RAF blue-grey coloured barathea wool. It features pleated breast pockets with scalloped pocket flaps and bellows pockets are located to the skirt. The jacket fastens at the front with four brass King's crown RAF buttons and brass 'A' badges are fitted to the collar which denote Auxiliary. Both cuffs feature two rings of rank braid each which denote the rank of Flight Officers (or company commander prior to 1941). The jacket retains its original waist belt which is complete with its brass buckle.

Inside the jacket is fully lined with a black coloured rayon and features a hanging loop to the neck which has come away at one end. There is a large maker's label inside the jacket which bears the name 'Debenham & Freebody W.1' which later became Debenhams.

The tunic is in reasonable condition for its age but has some areas of damage as detailed in the pictures. It shows signs of wear and age but still displays relatively well. Please study the pictures before purchasing and bear in mind that this is a pre-owned item with some flaws.

A good original women's tunic with a great maker's label. 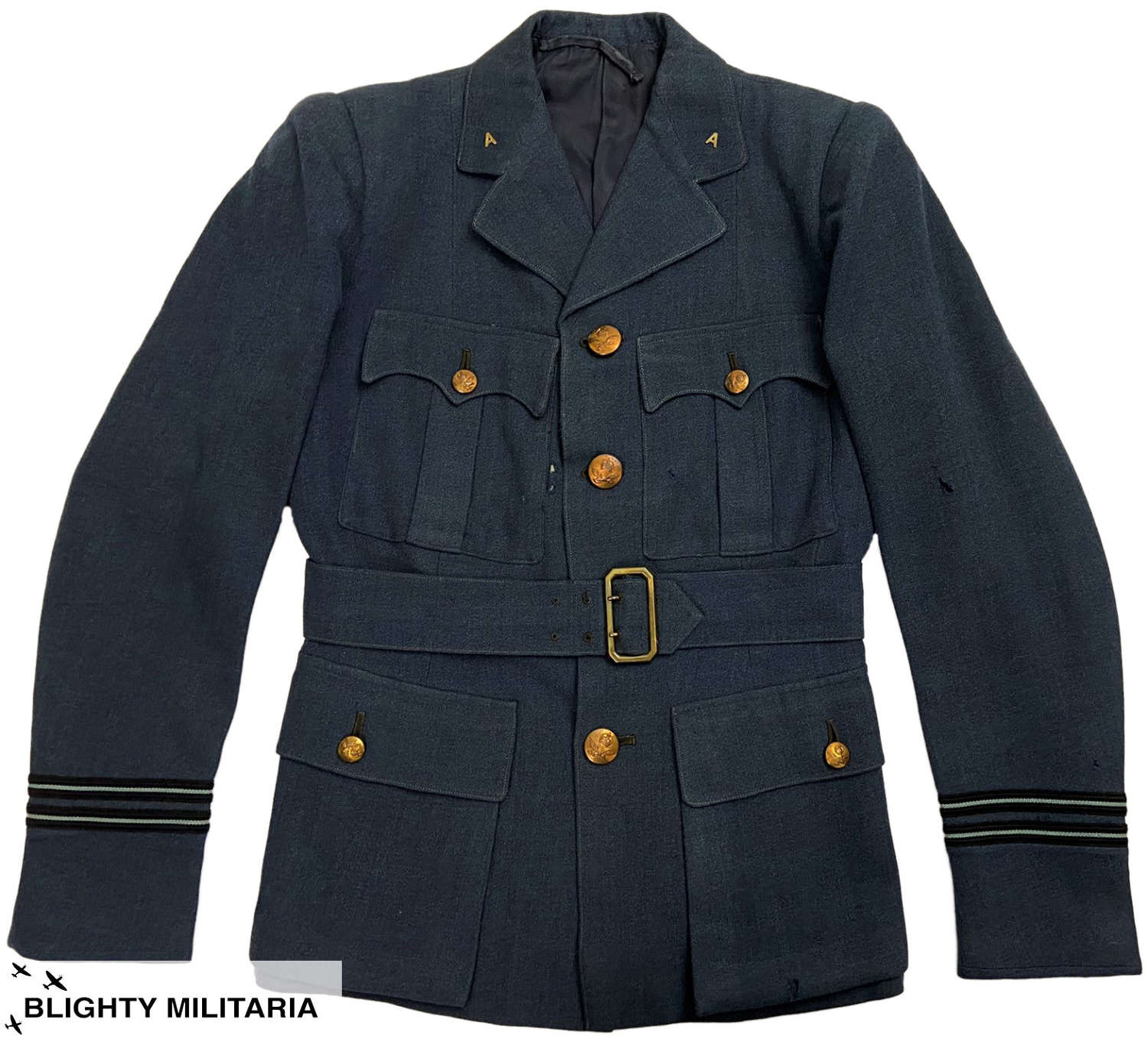 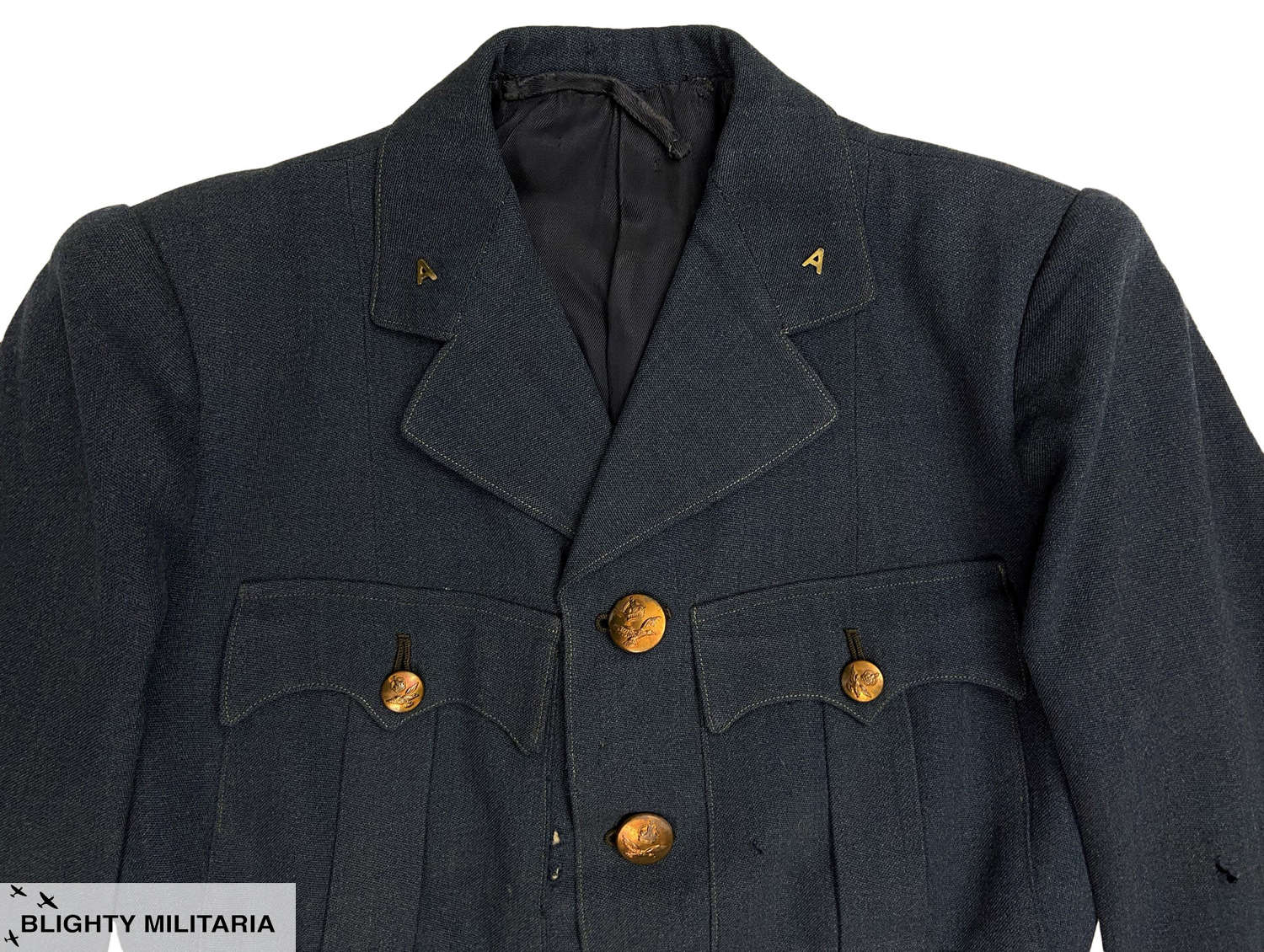 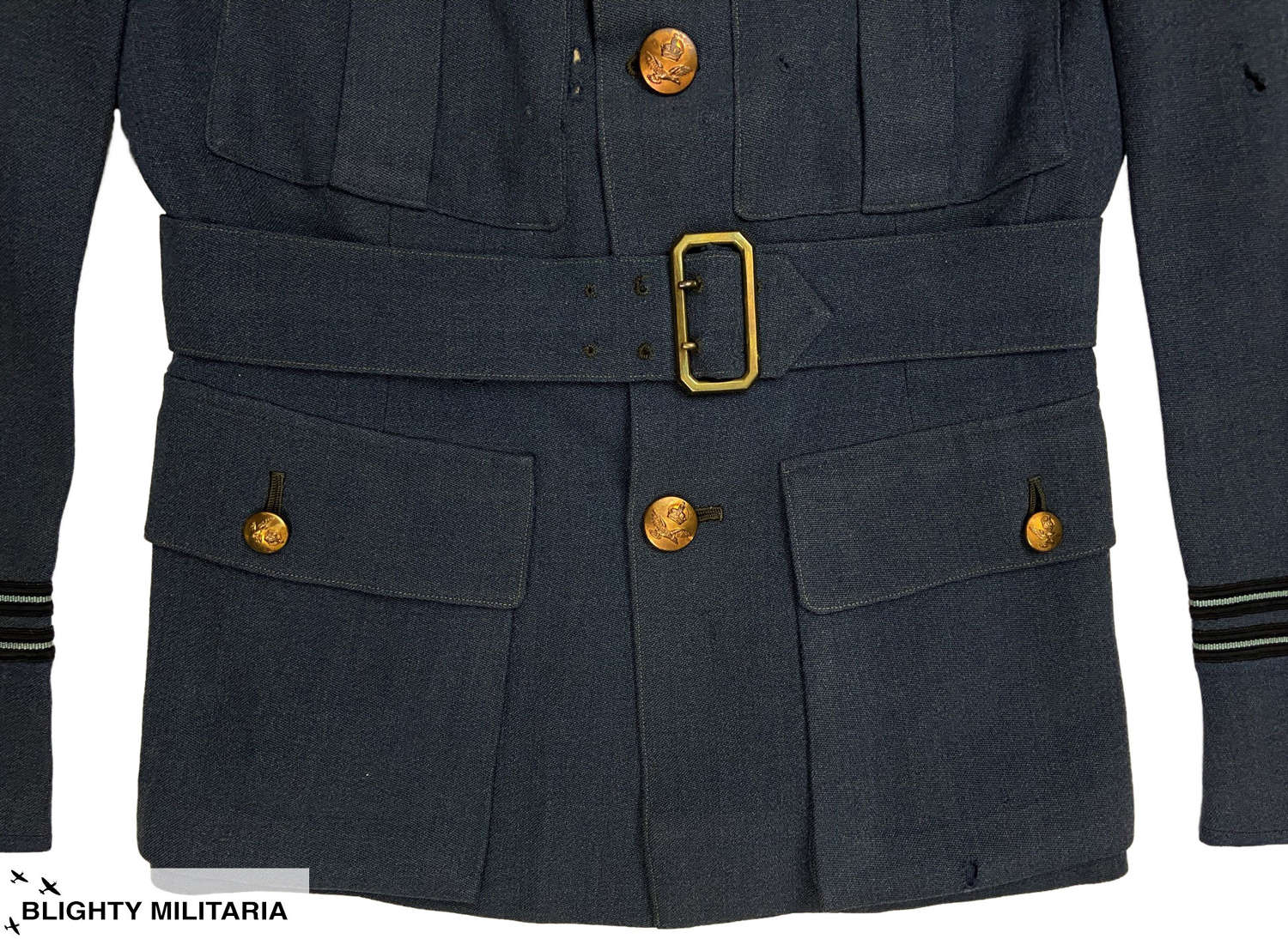 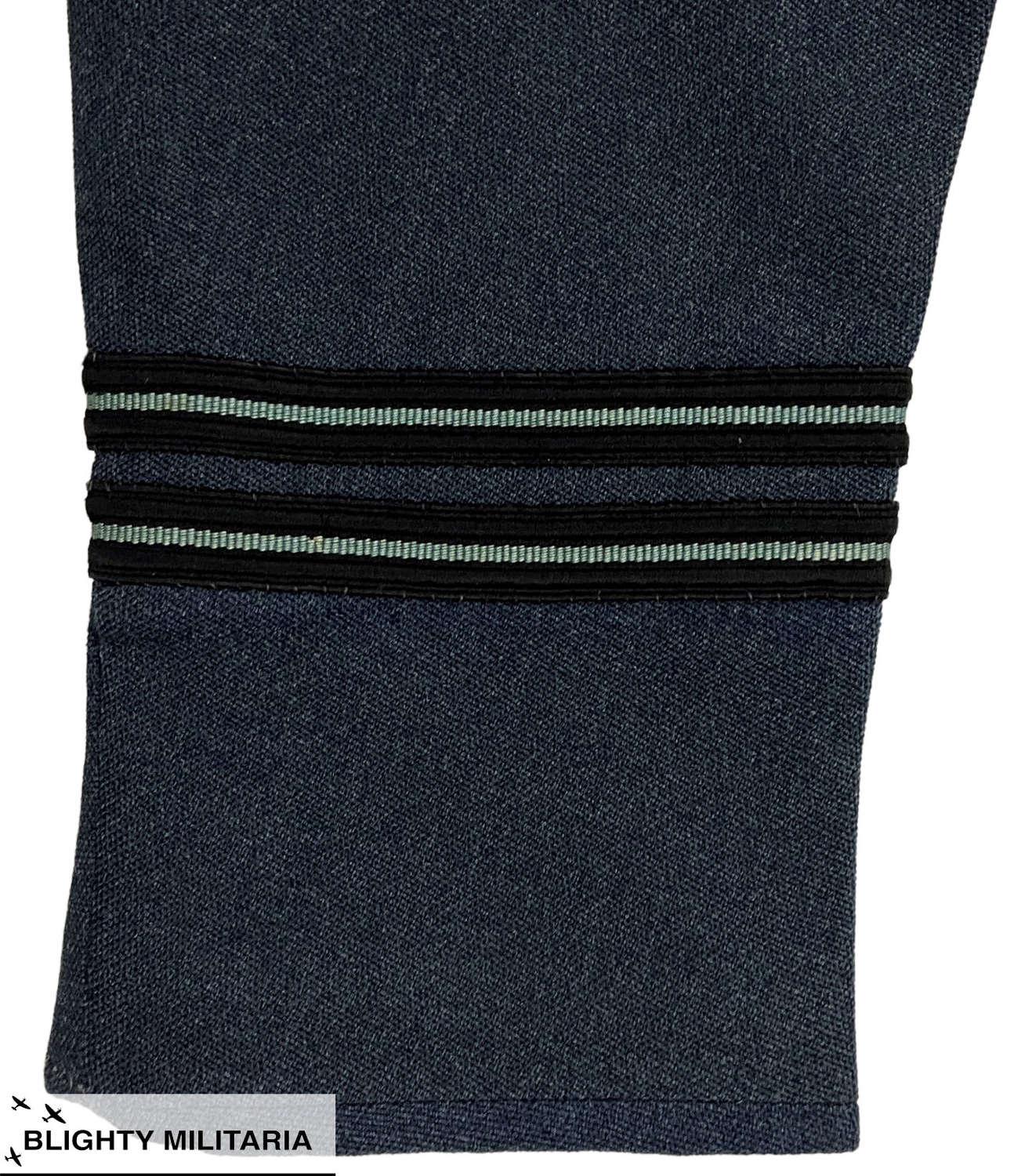 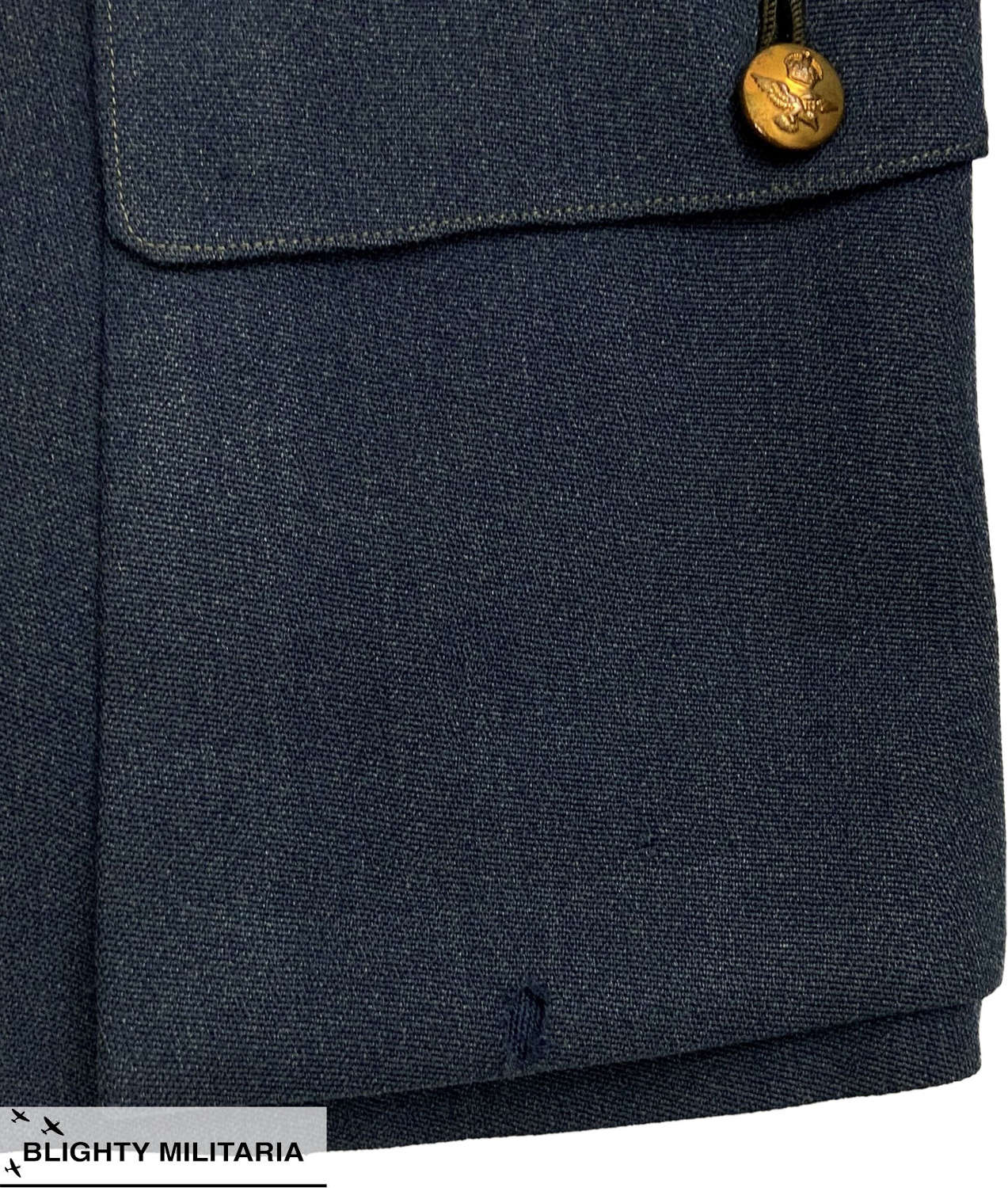 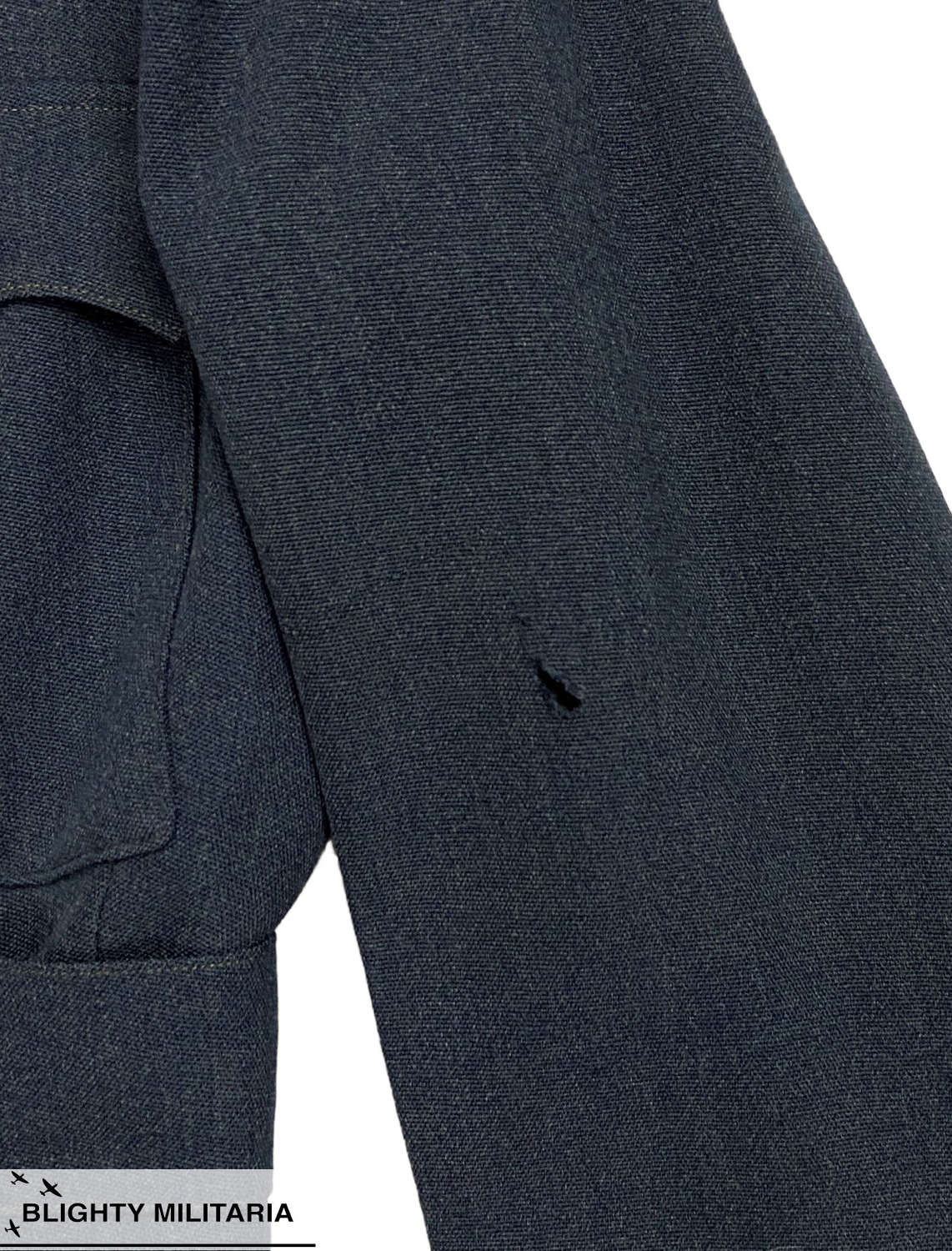 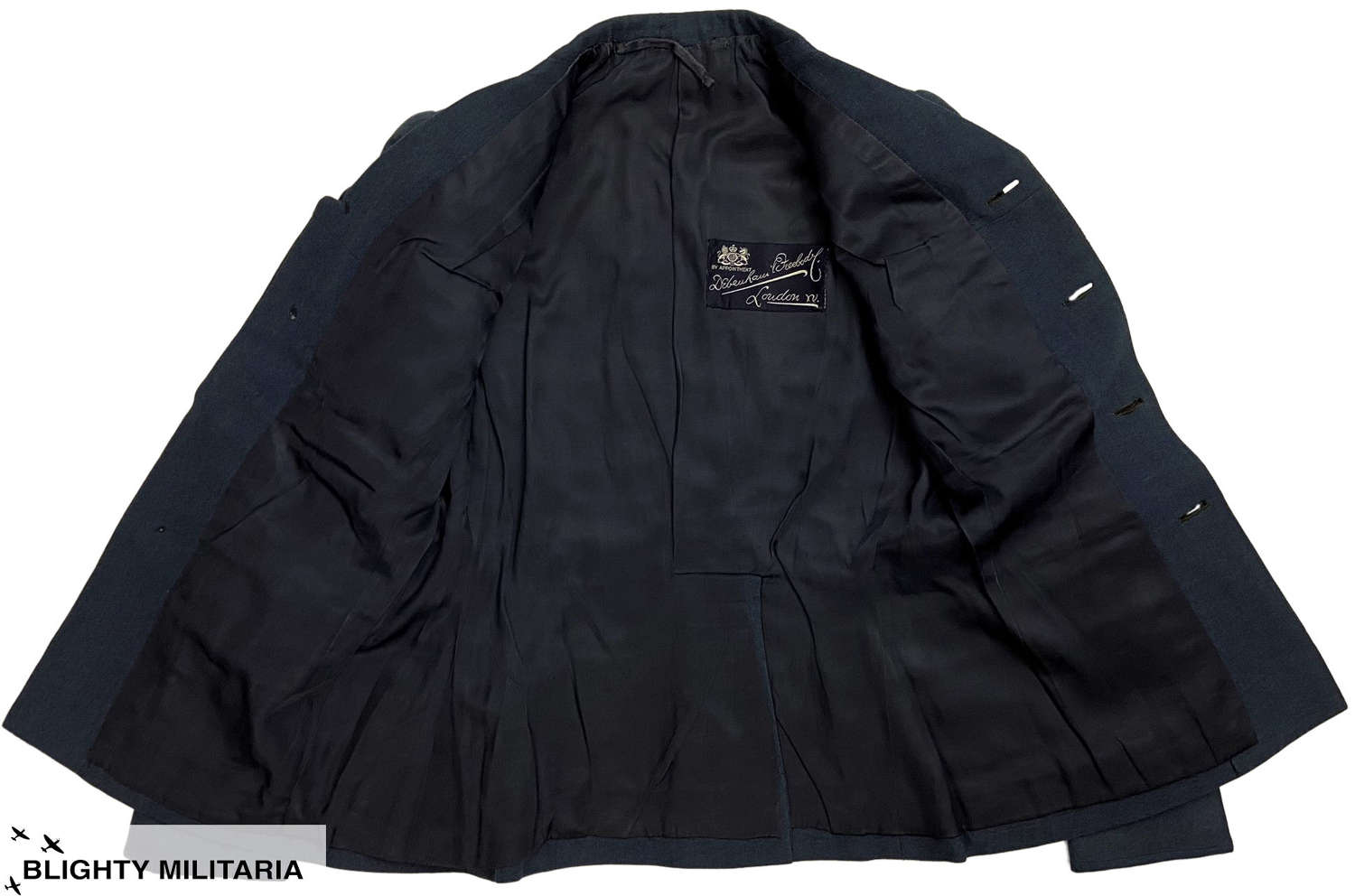 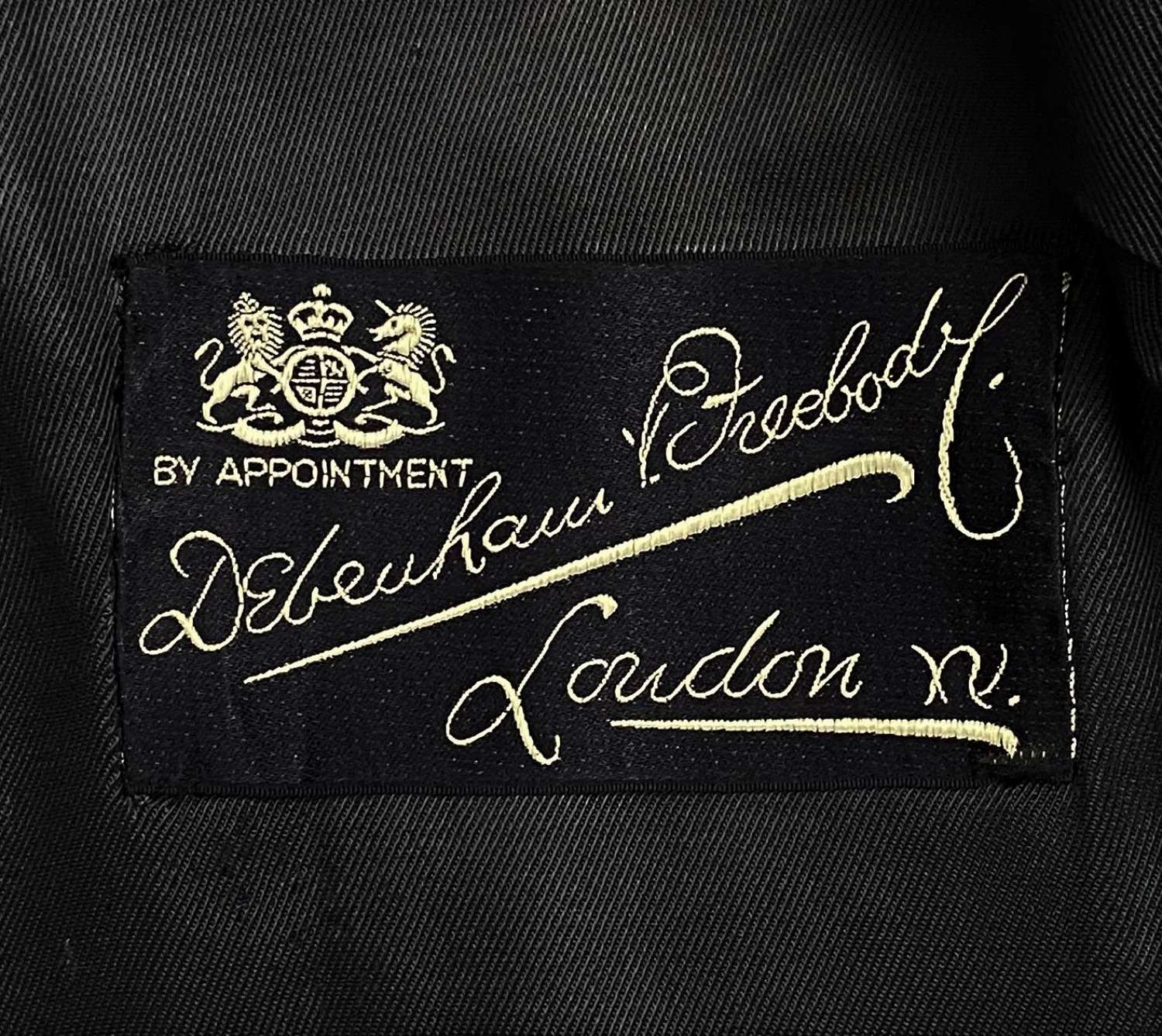 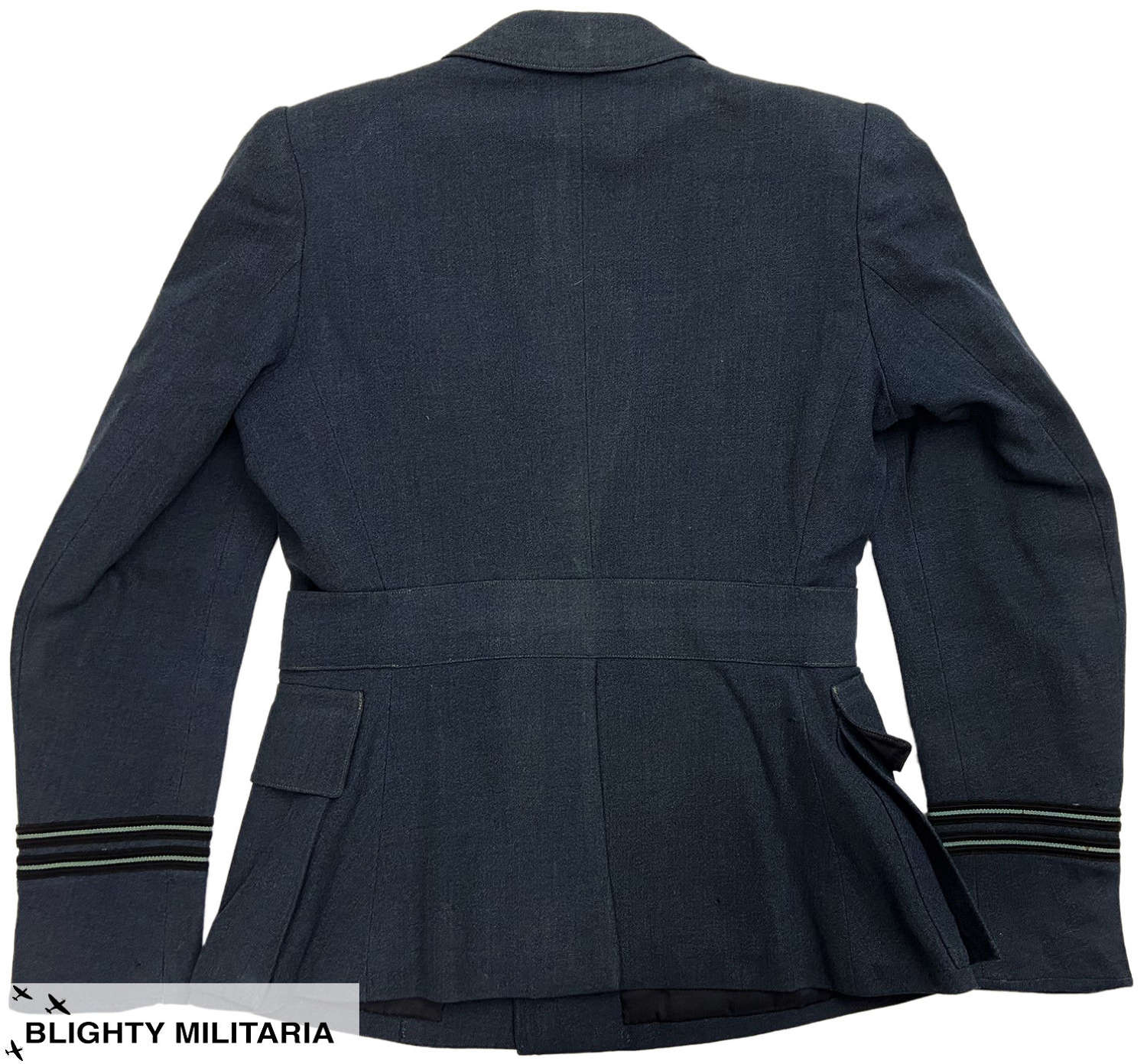