An original pair of RAF Ordinary Airman's trousers made in 1951 and identical to wartime pattern.

This pattern of trousers came into use with the RAF during the 1930s and stayed in service well into the 1950s. The trousers feature a fishtail back, a slash pocket to each hip and black horn brace buttons around the outside of the trousers.

The original label is still present inside the trousers and is still legible. It states the size as No.11 which will fit a 32-33" waist and a 29 1/2" leg. The manufacturer's name is marked as 'L. Silberston & Sons Ltd'. Below this is the 1951 date and the War Department broad arrow marking. To the right of the label the War Department acceptance stamp is visible in yellow and is surmounted by the letter 'B' denoting 1951 as the year of issue.

The trousers are in good condition with some small areas of staining and a few small moth nips which are detailed in the pictures. Overall they are a very wearable pair of trousers but do have a couple of small issues consummate with age. 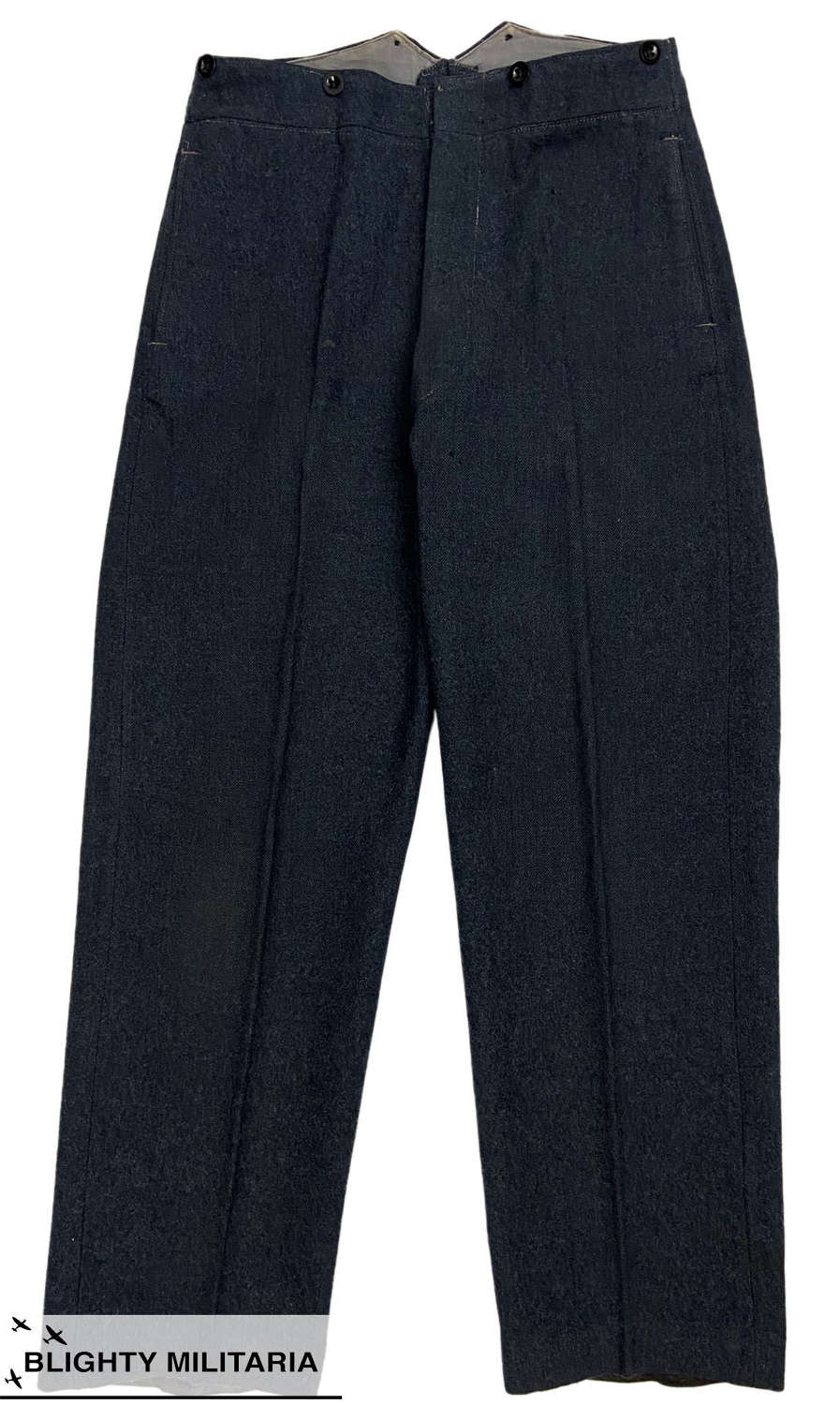 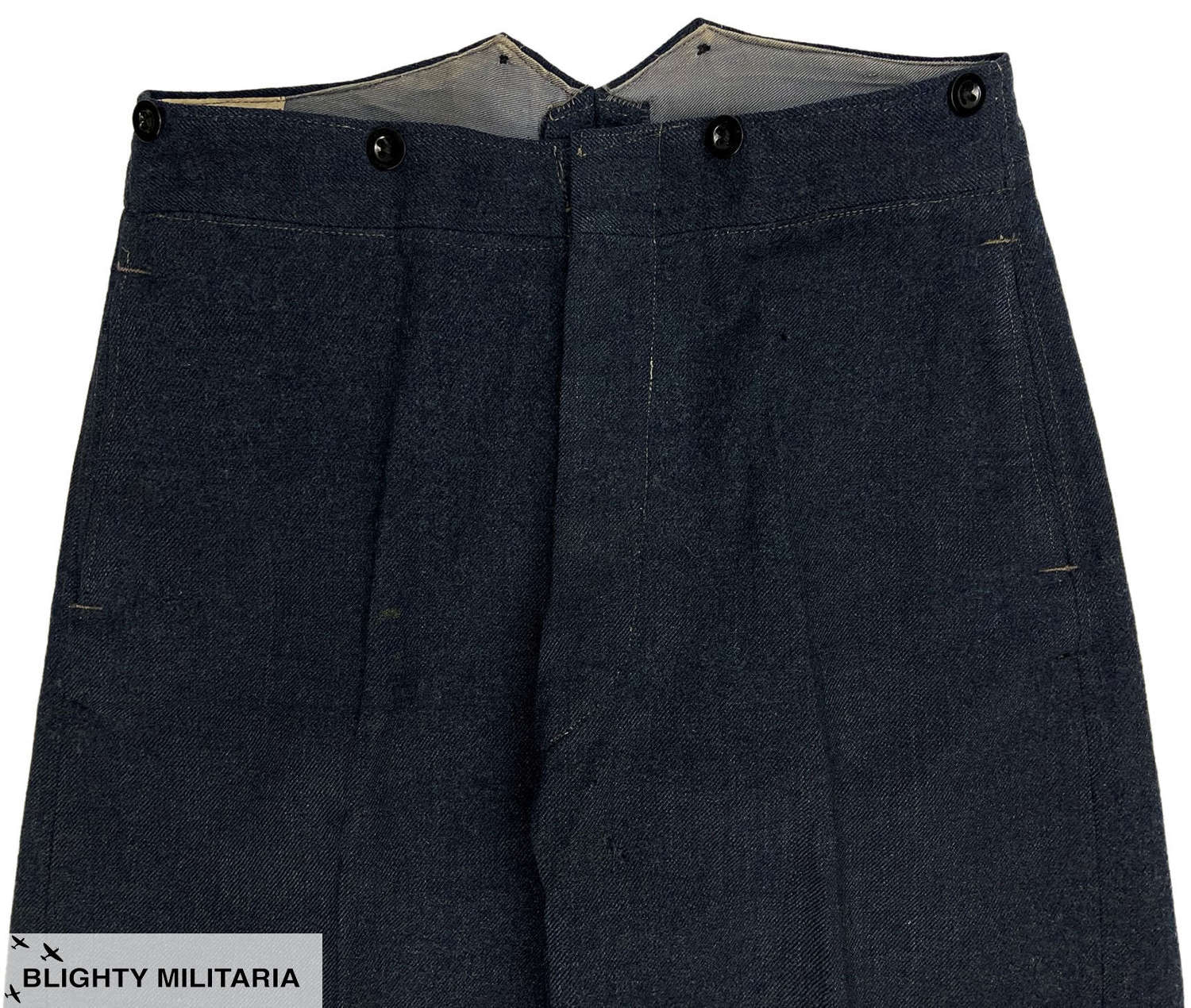 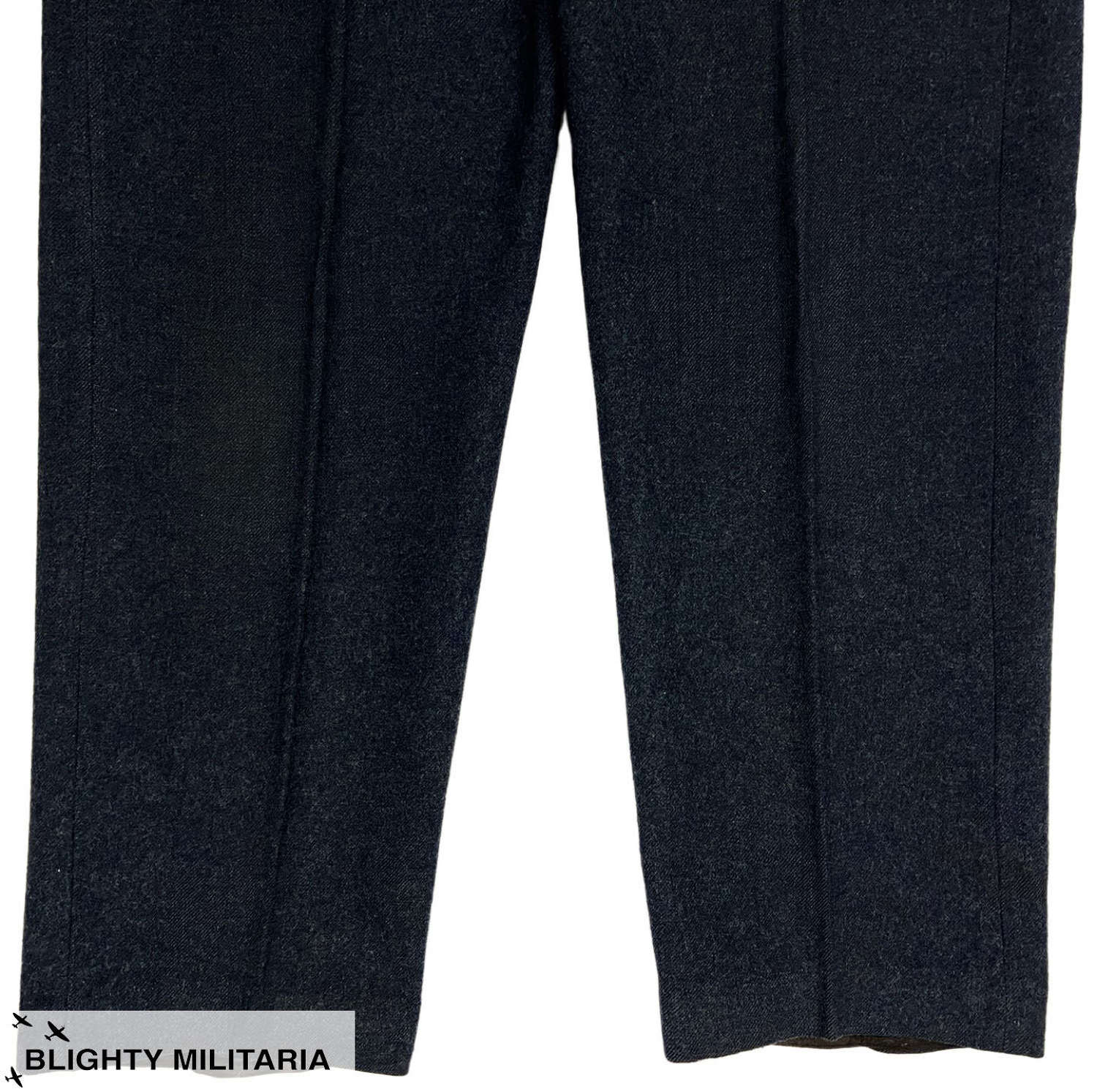 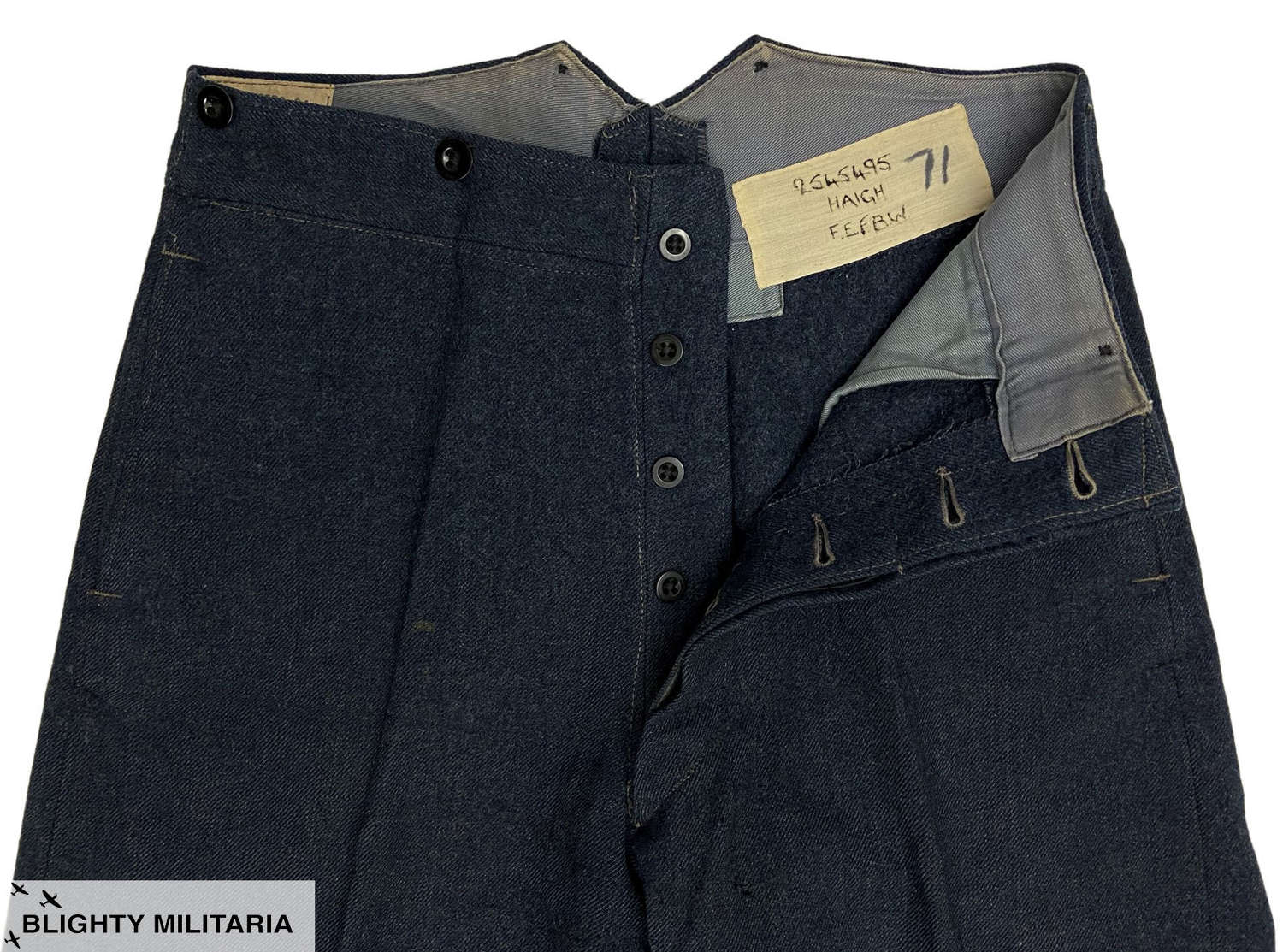 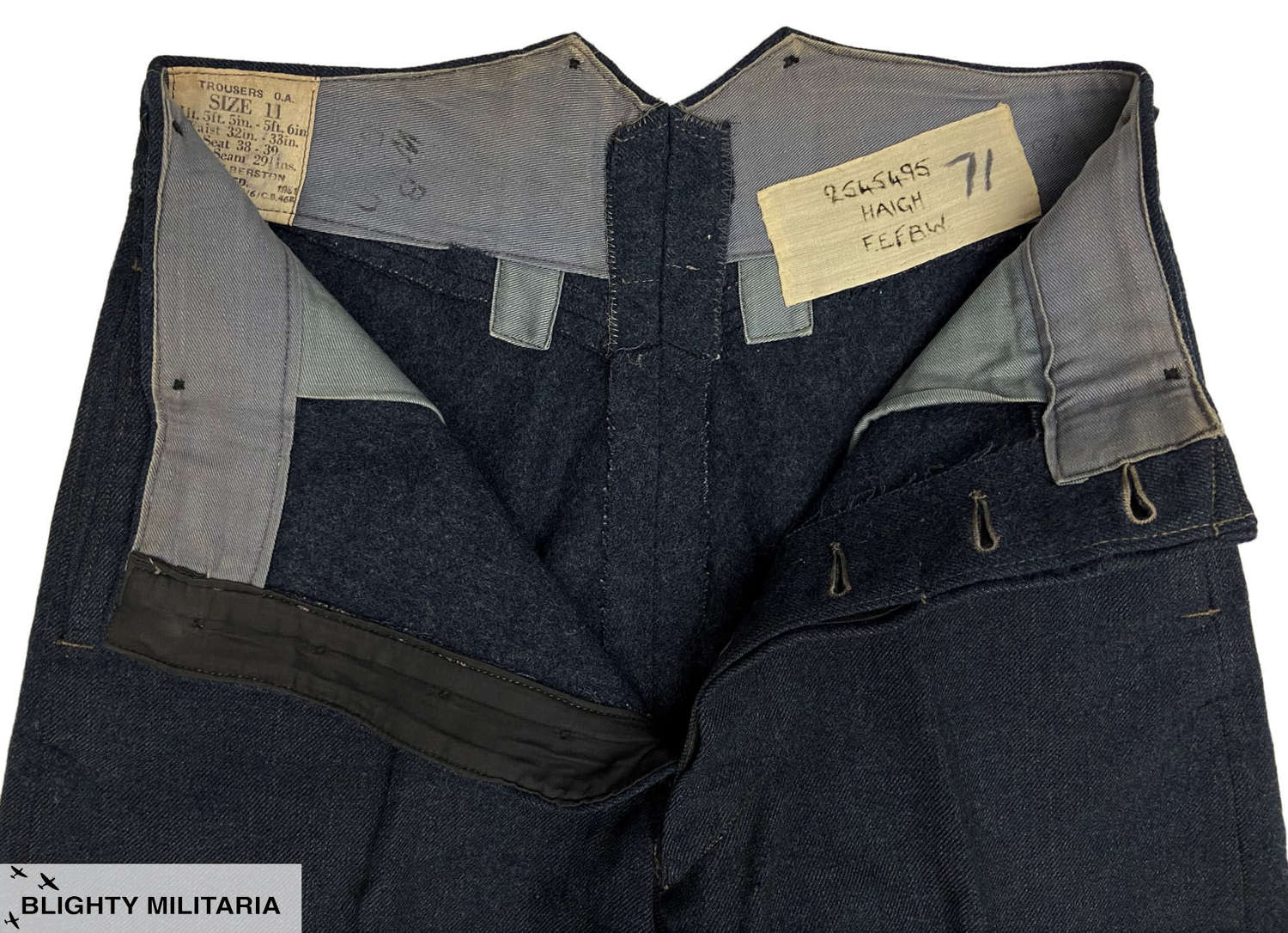 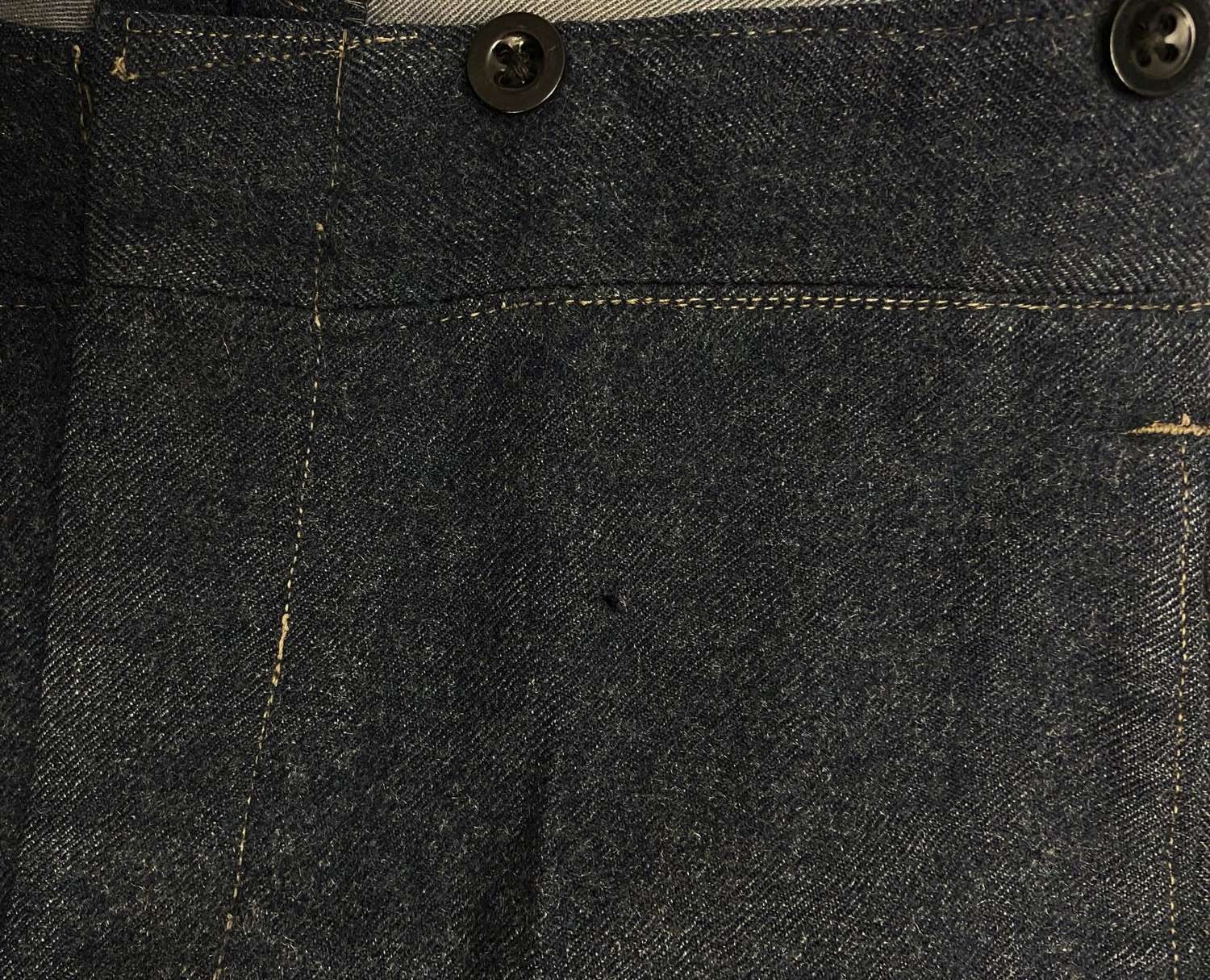 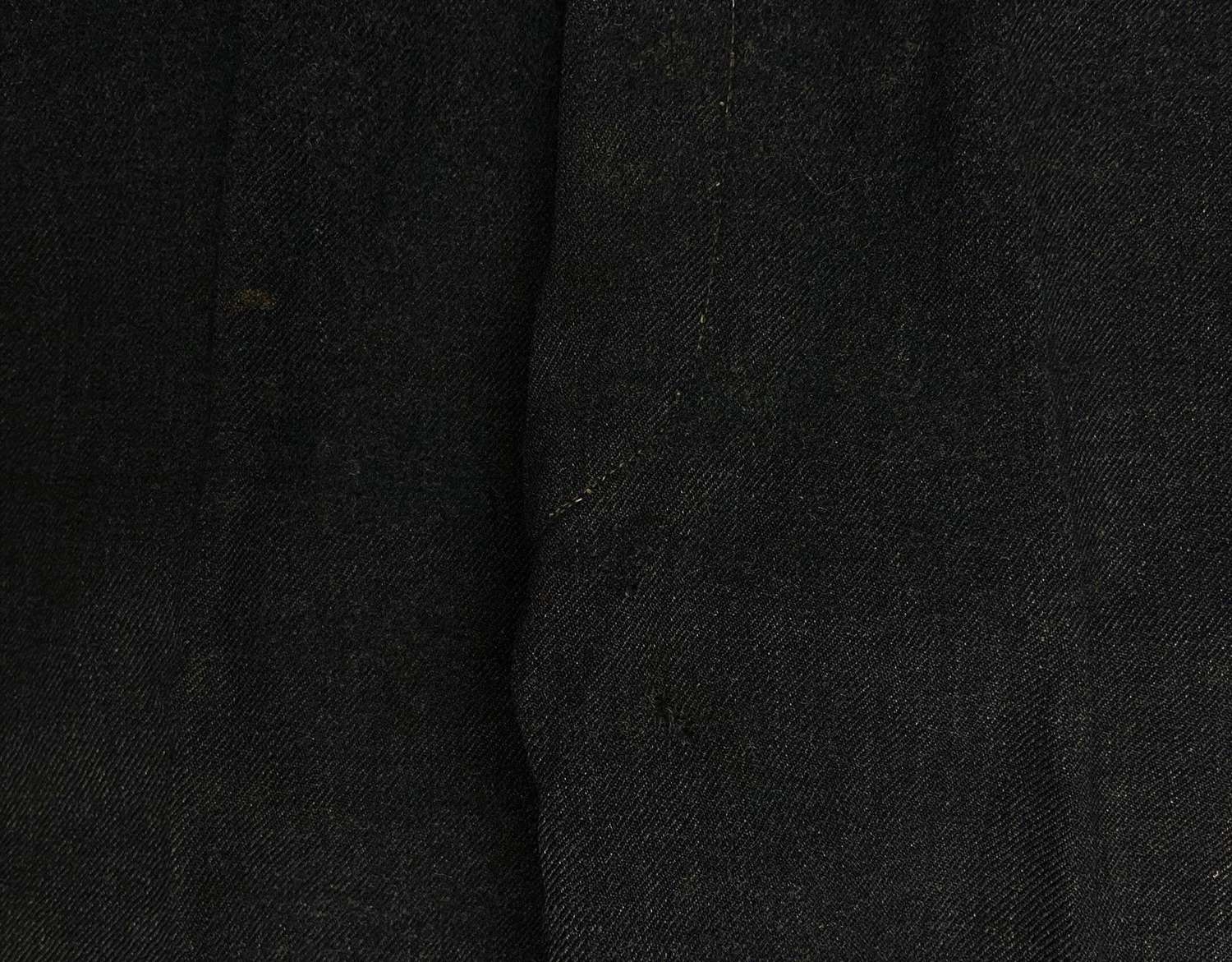 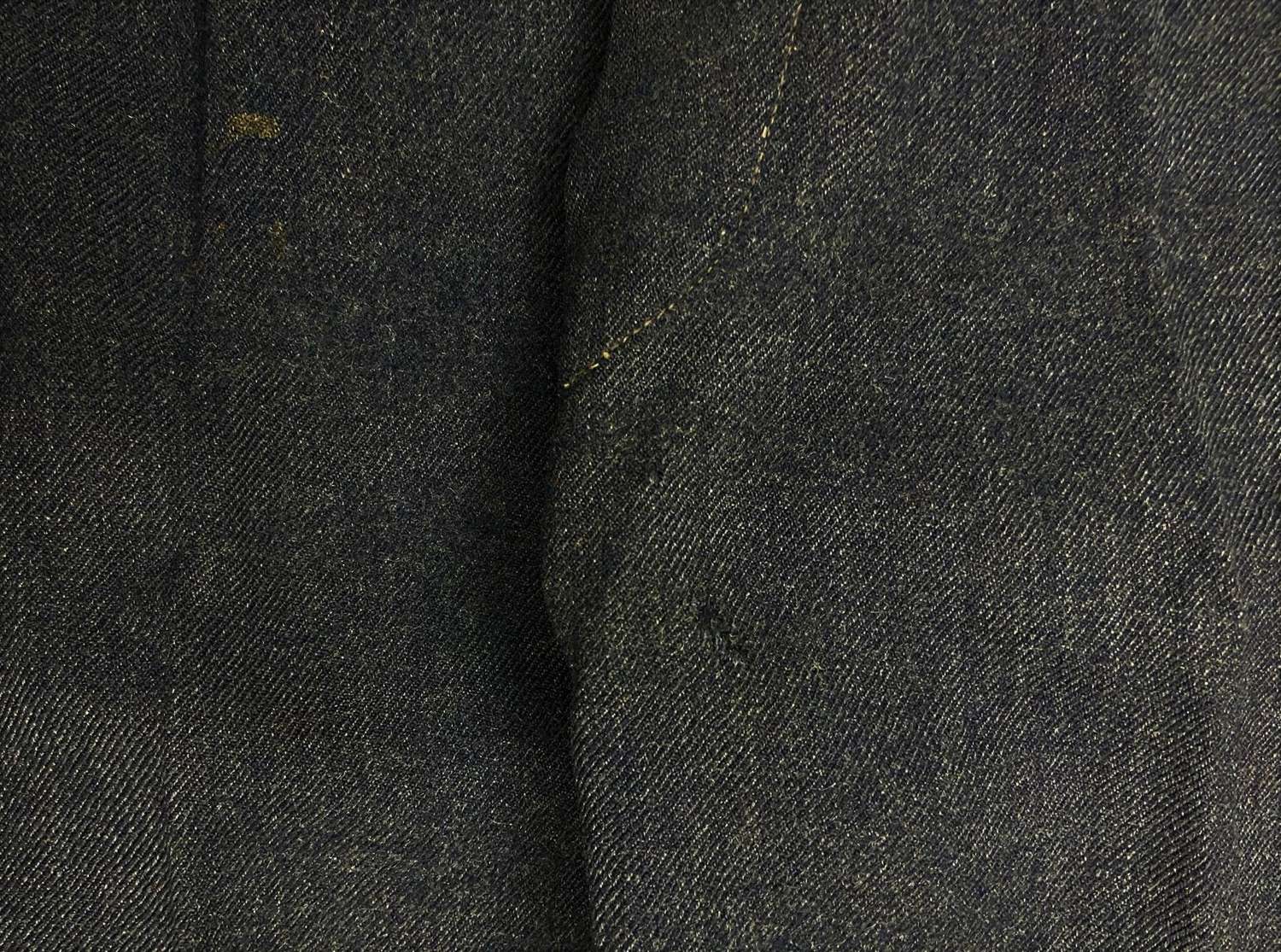 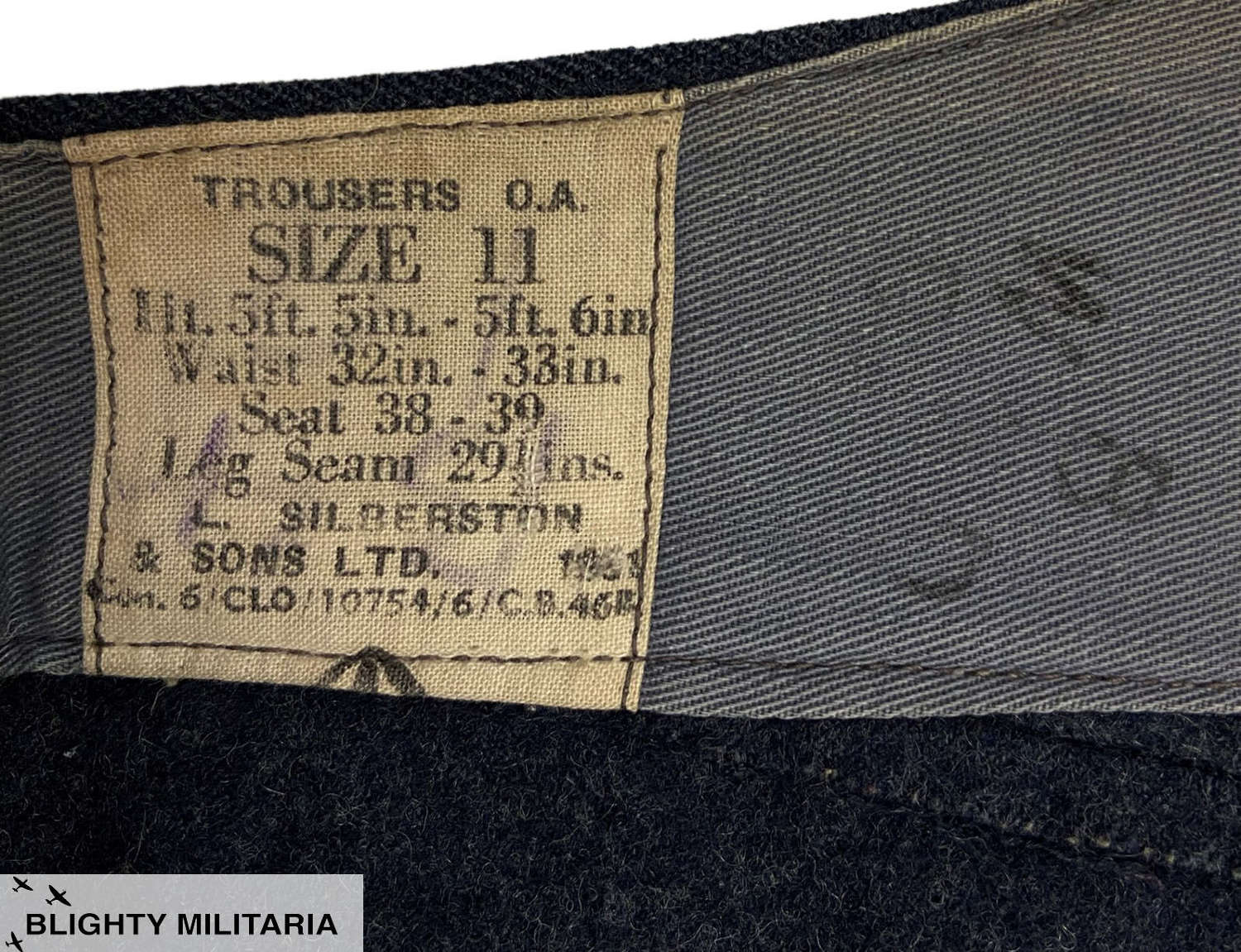 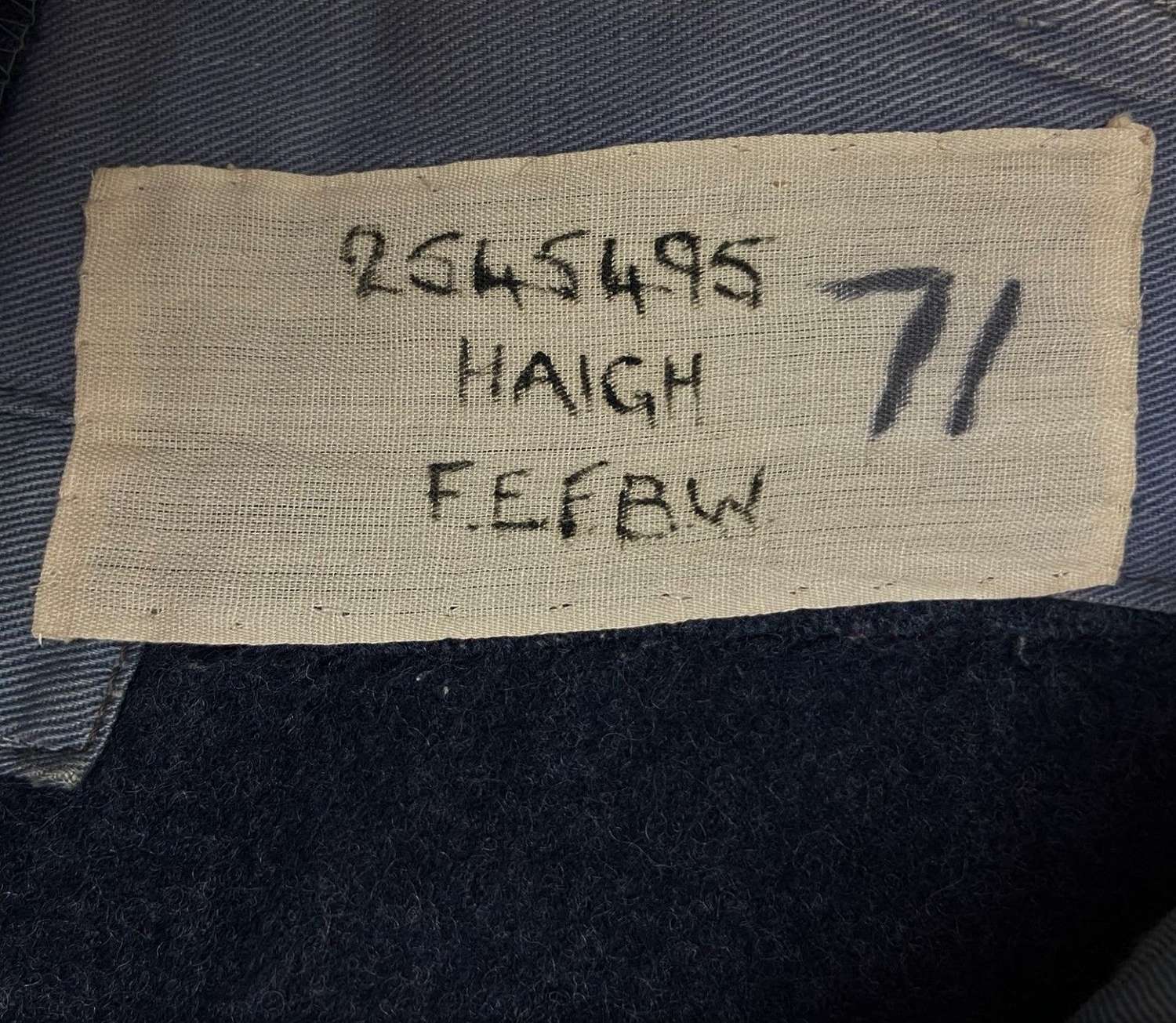 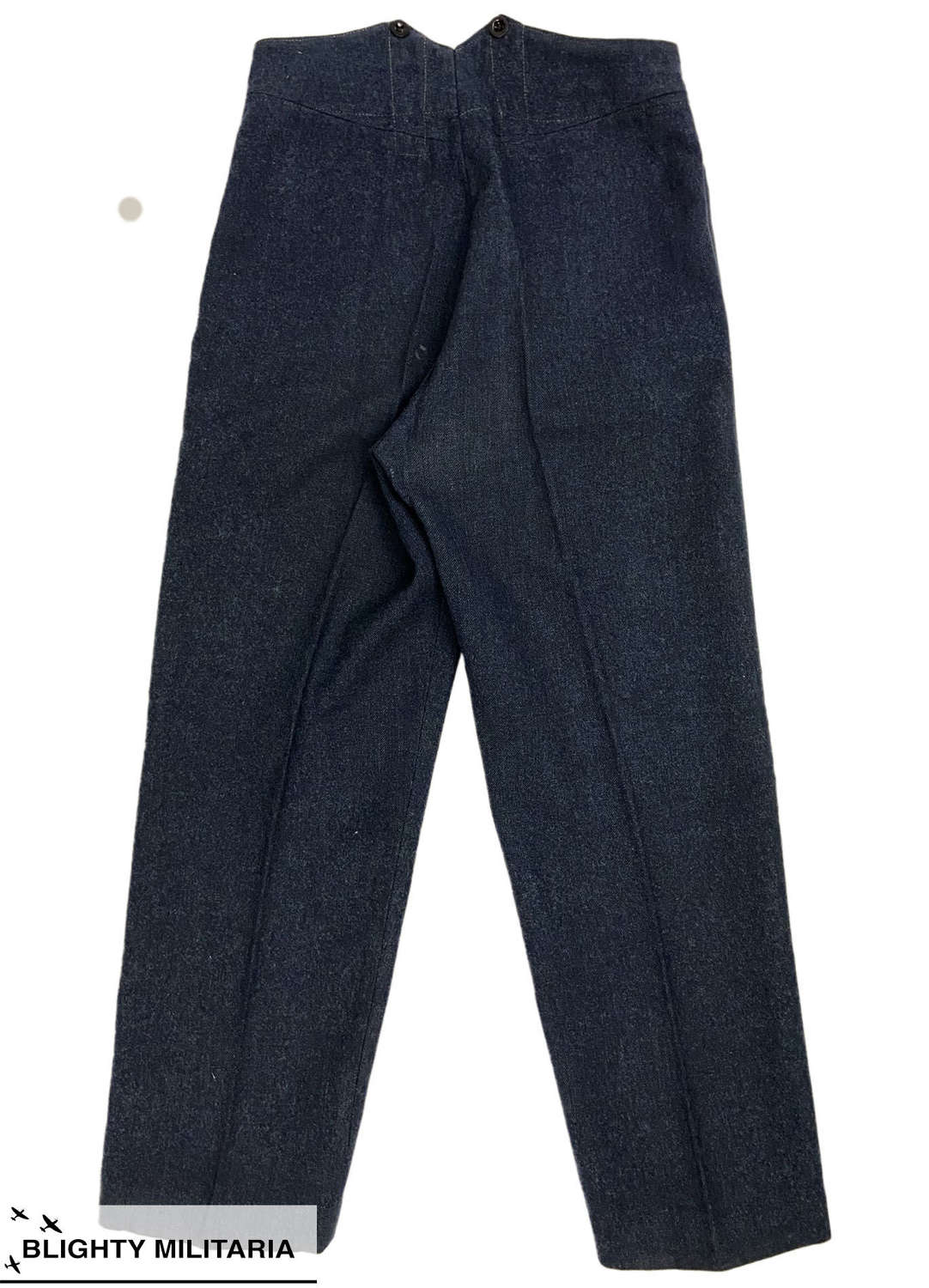