An original pair of 1961 dated British Army 1960 Pattern Combat Trousers in good condition and a size 7.

The trousers are made from a plain olive green coloured cotton satten and feature a First Field Dressing pocket to the right hip and a map pocket to the left leg. The trousers also have reinforced knees, slash pockets to the hips and belt loops. A metal zipper closes the fly and is marked 'FLASH' to the front and 'Made in England' to the rear.

Inside the trousers both original labels are still present. One label is an instruction label whilst the other is the issue label. The label states the year of manufacture as 1961 and the size as Size 7 which is designed to fit a 30" - 32" waist. The makers name of 'Manclark & Son Ltd' is present as is the War Department broad arrow marking. The original owner has also marked his name to the interior which reads Major Greenacre HQ.

The condition of the trousers is very good with some limited signs of wear and use. There is some light staining but overall the trousers have a very fresh appearance and have not been washed or faded out. They display very well and are still very wearable but are of course a vintage, pre-owned item which may have small issues commensurate with age.

All in all a very clean pair of combat trousers in a good size and with a nice clear label. 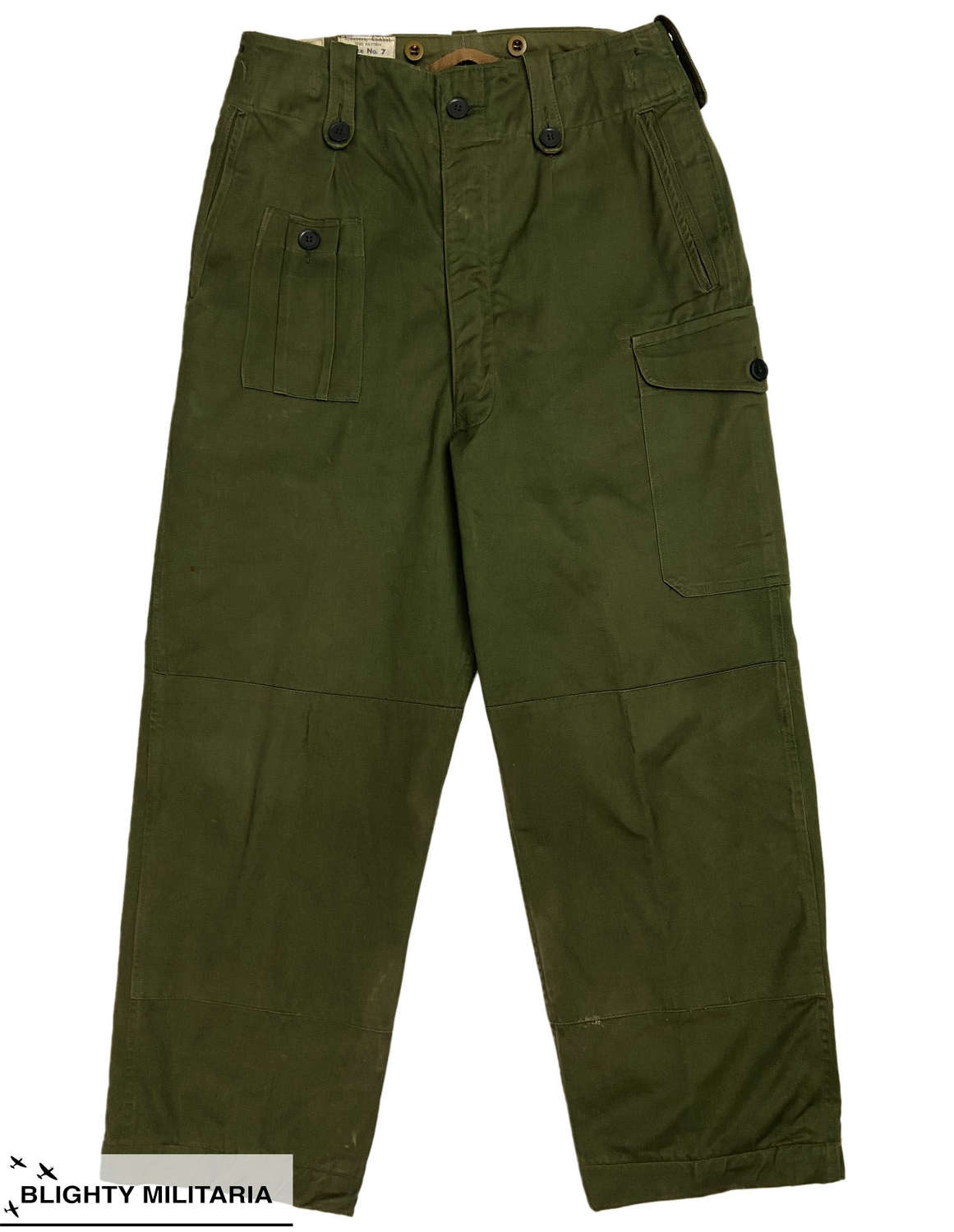 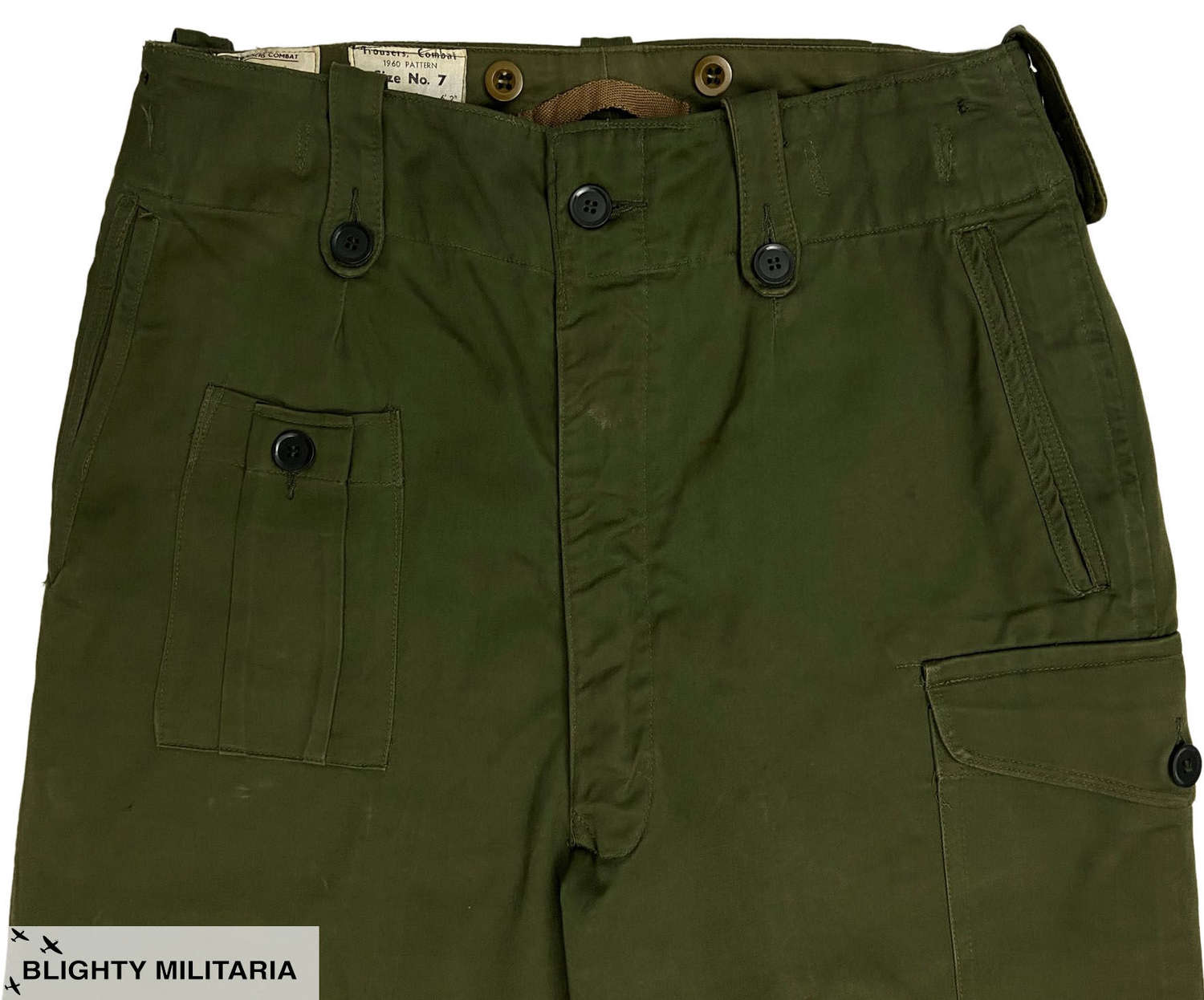 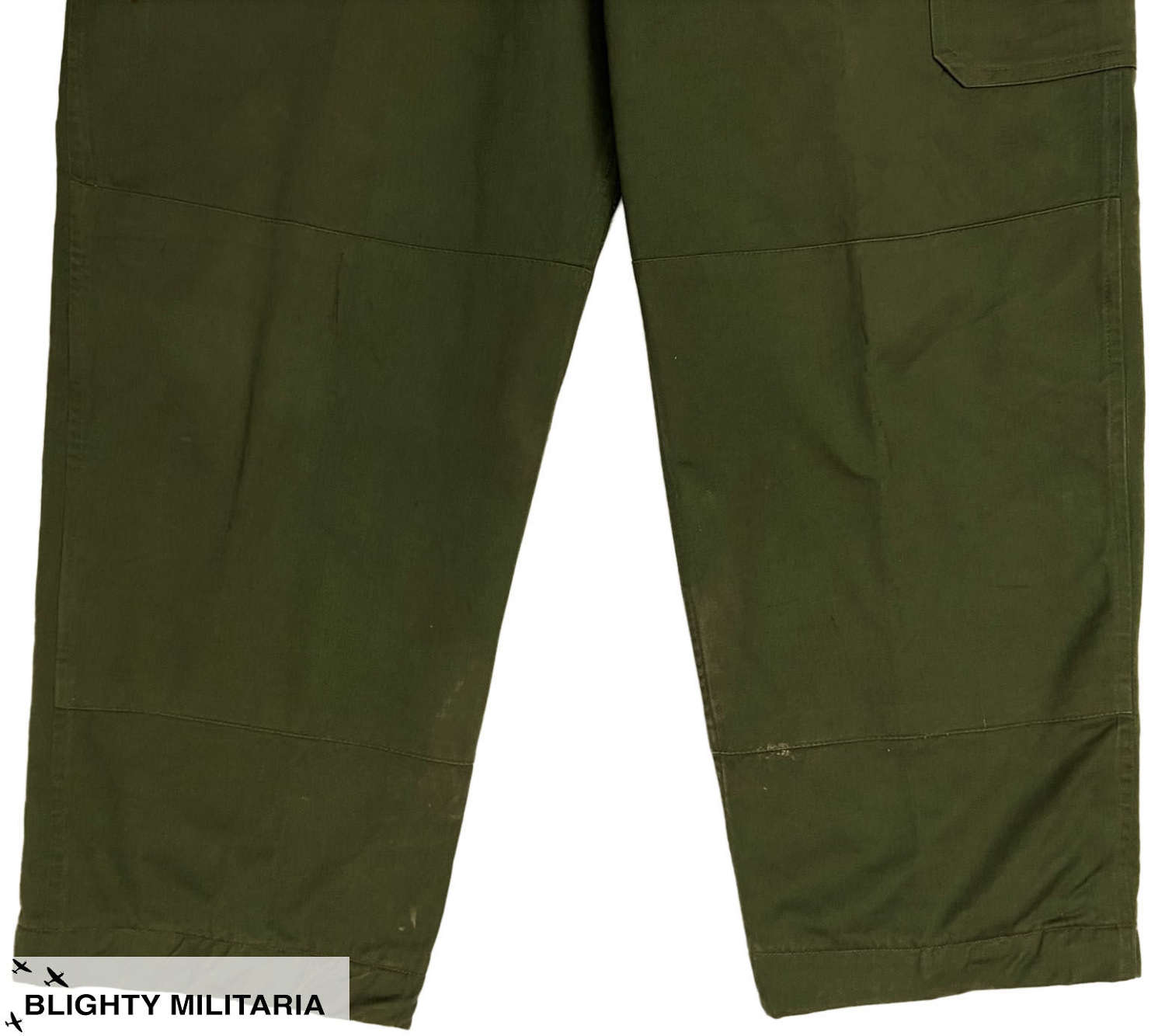 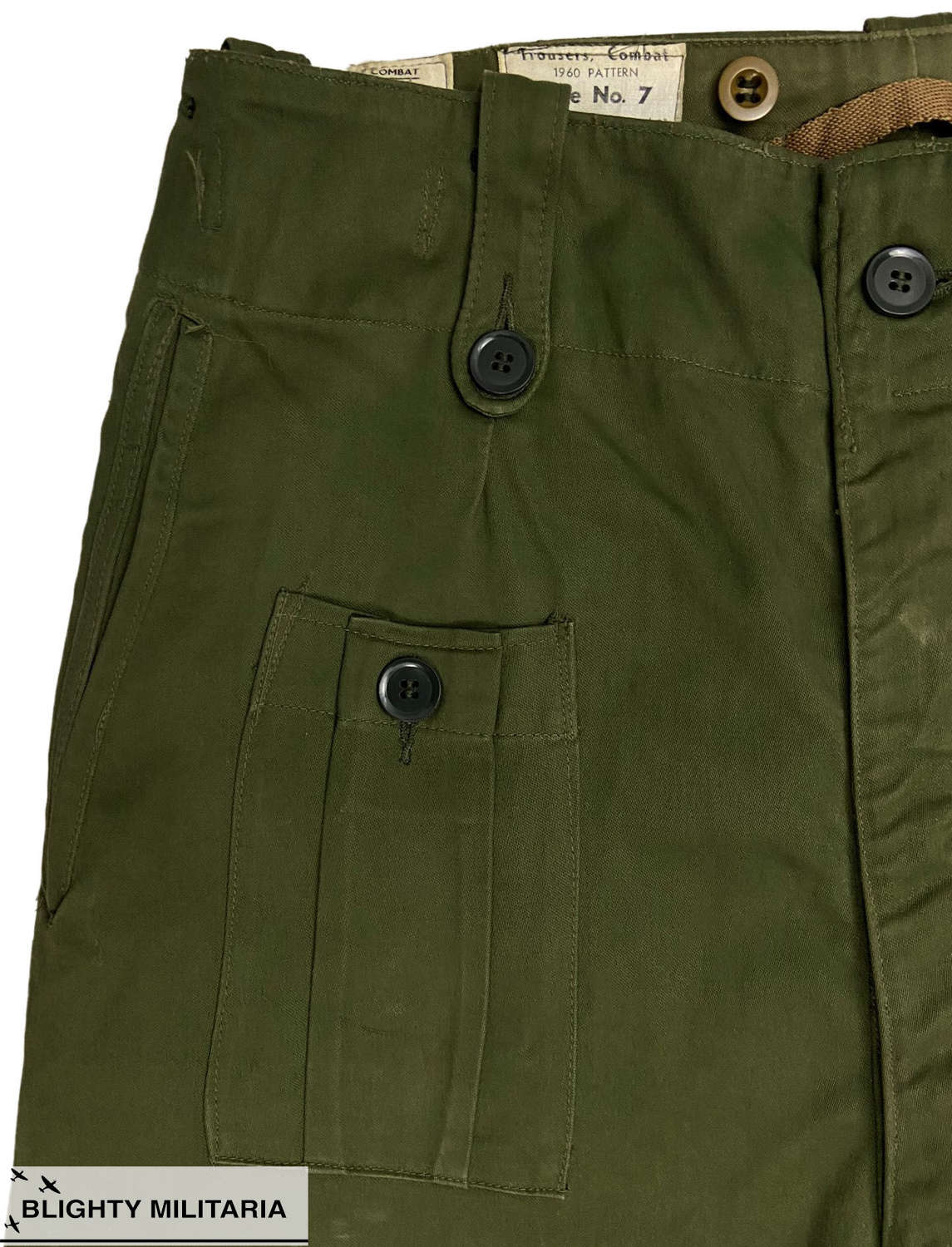 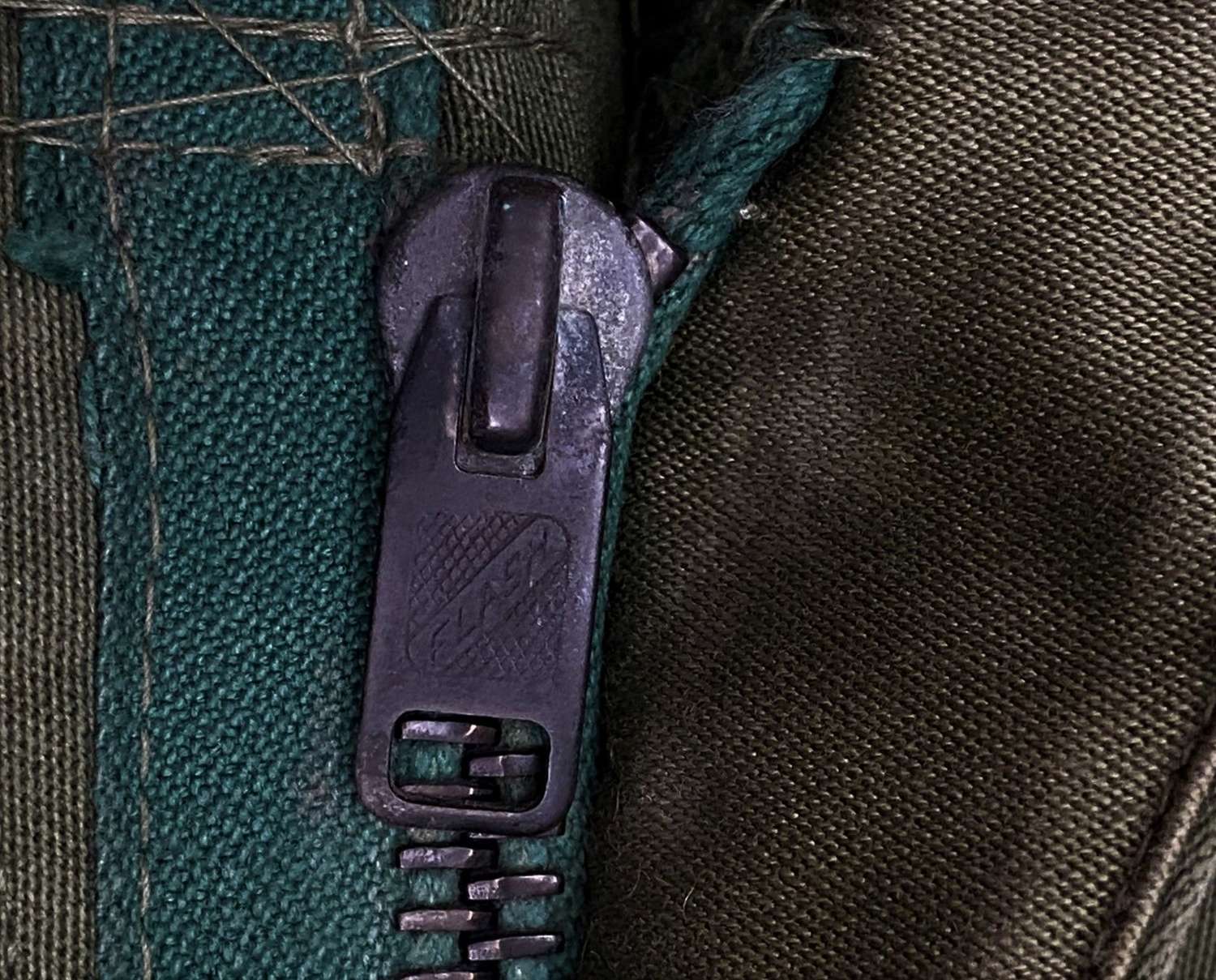 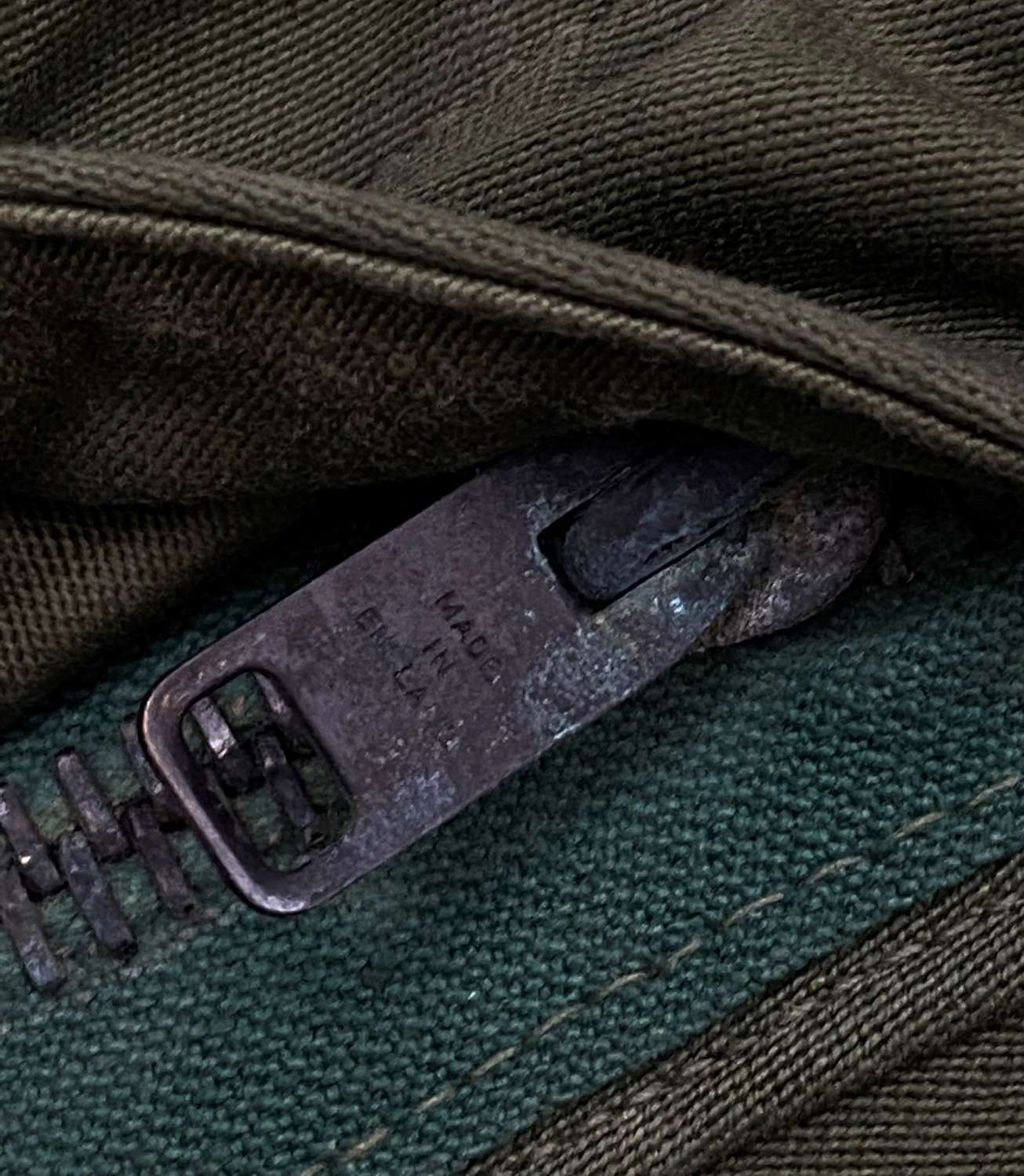 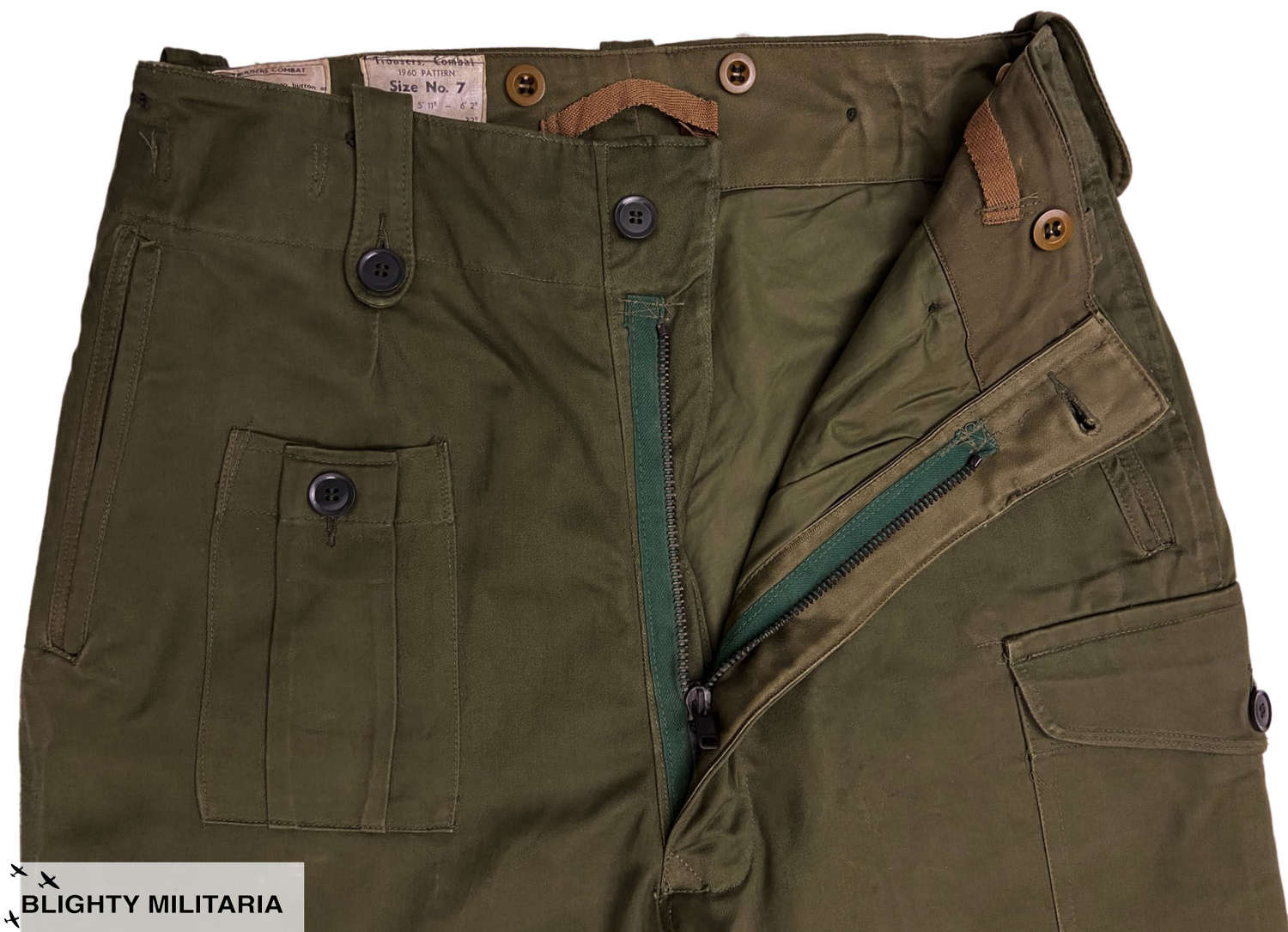 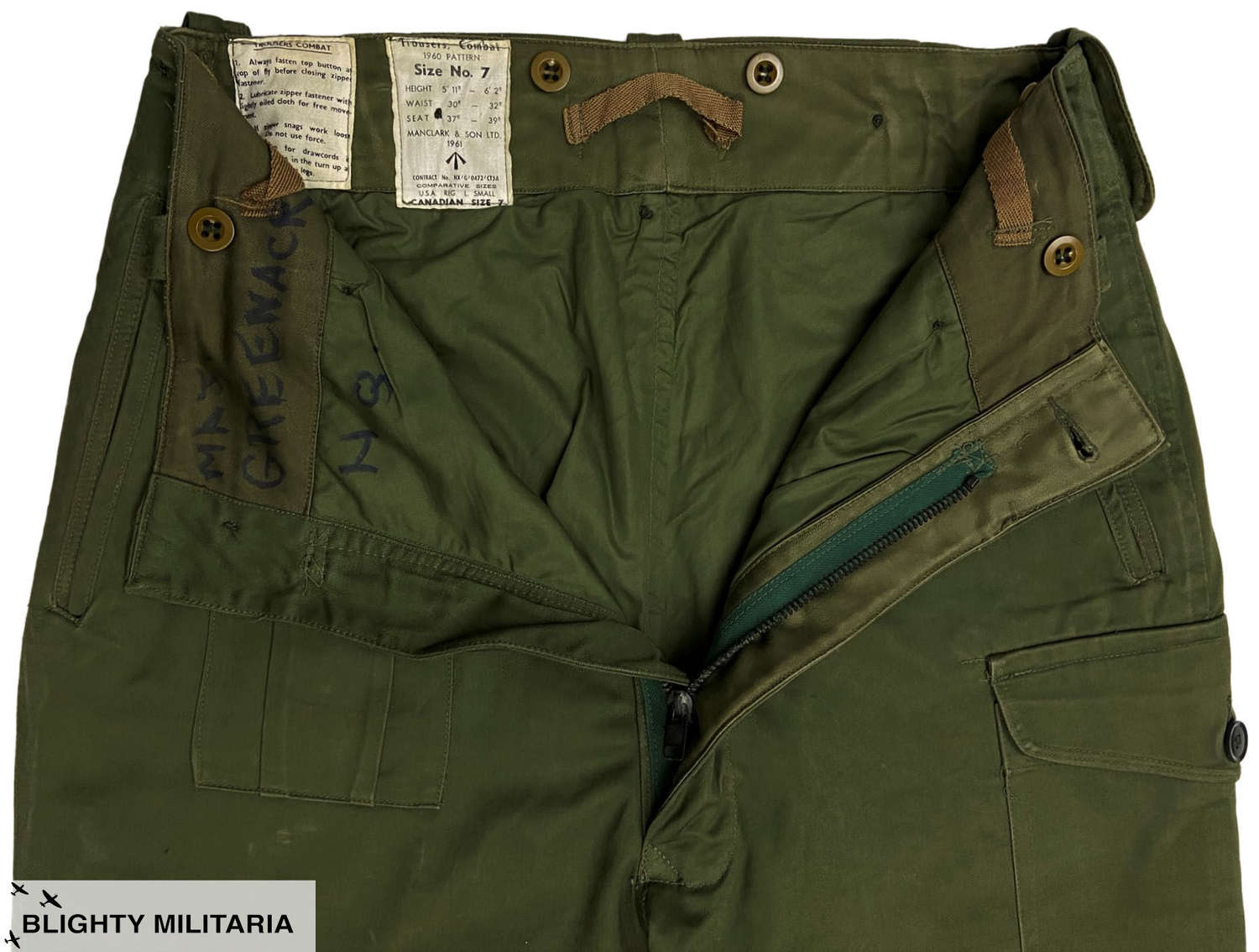 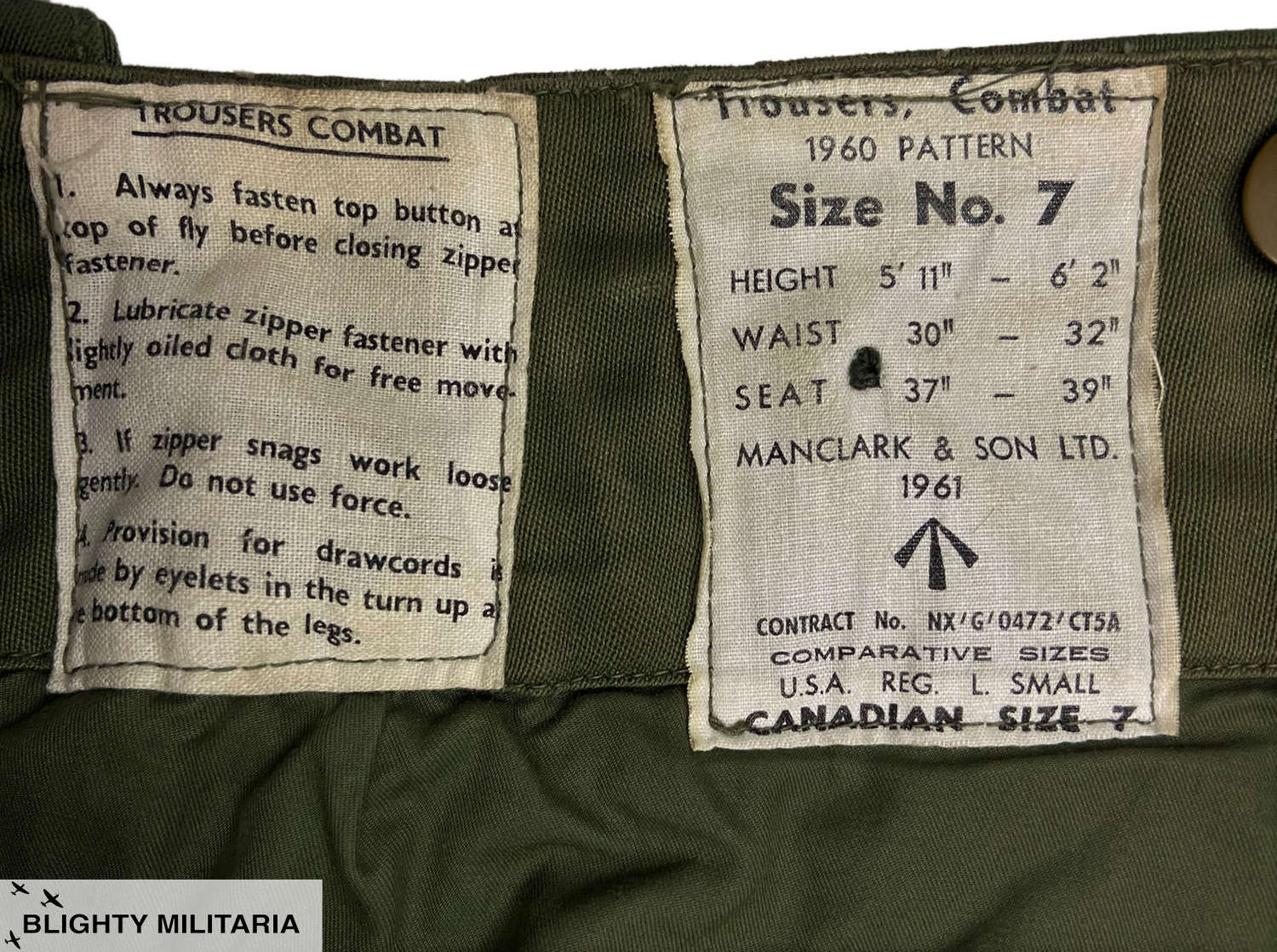 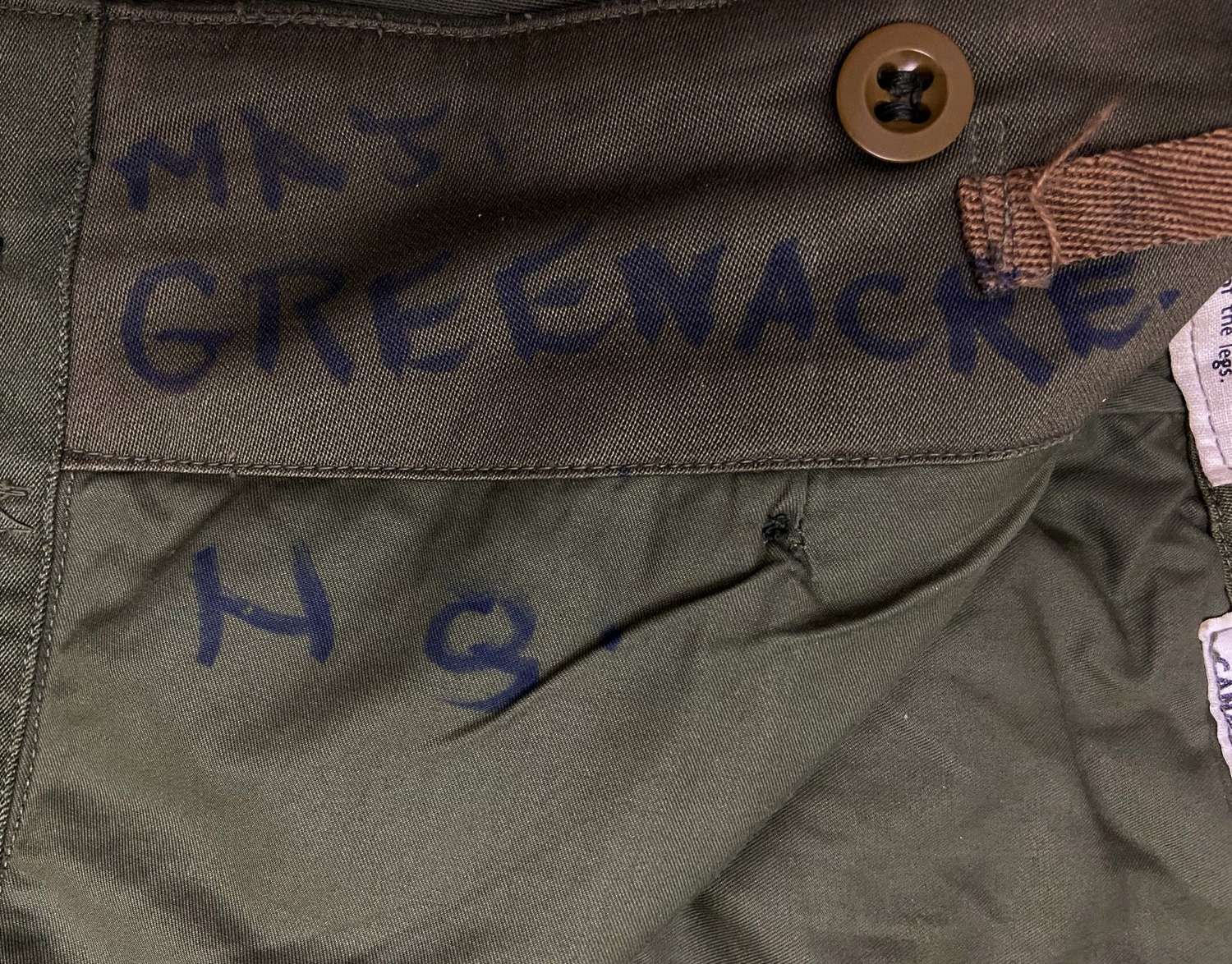 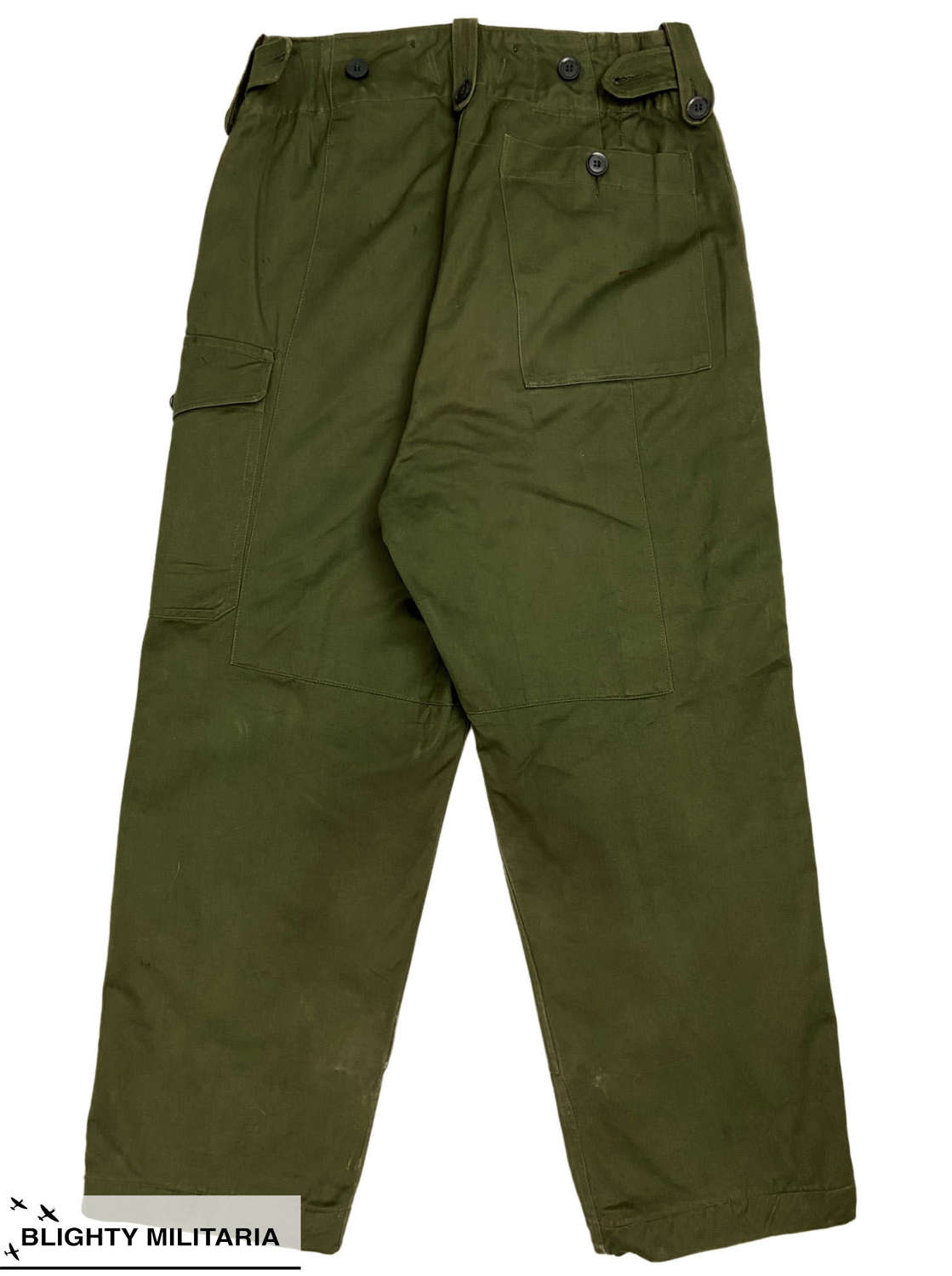 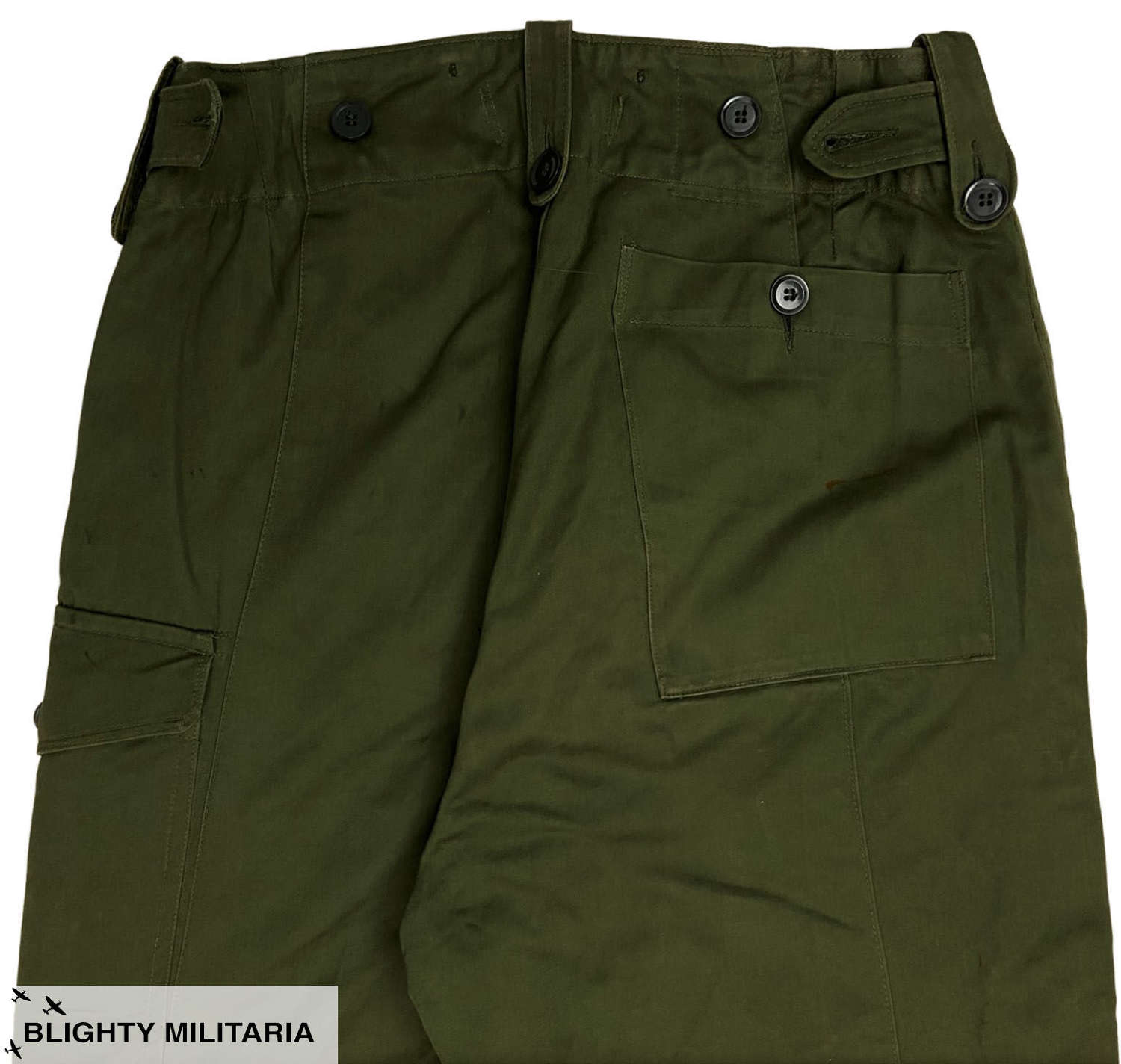 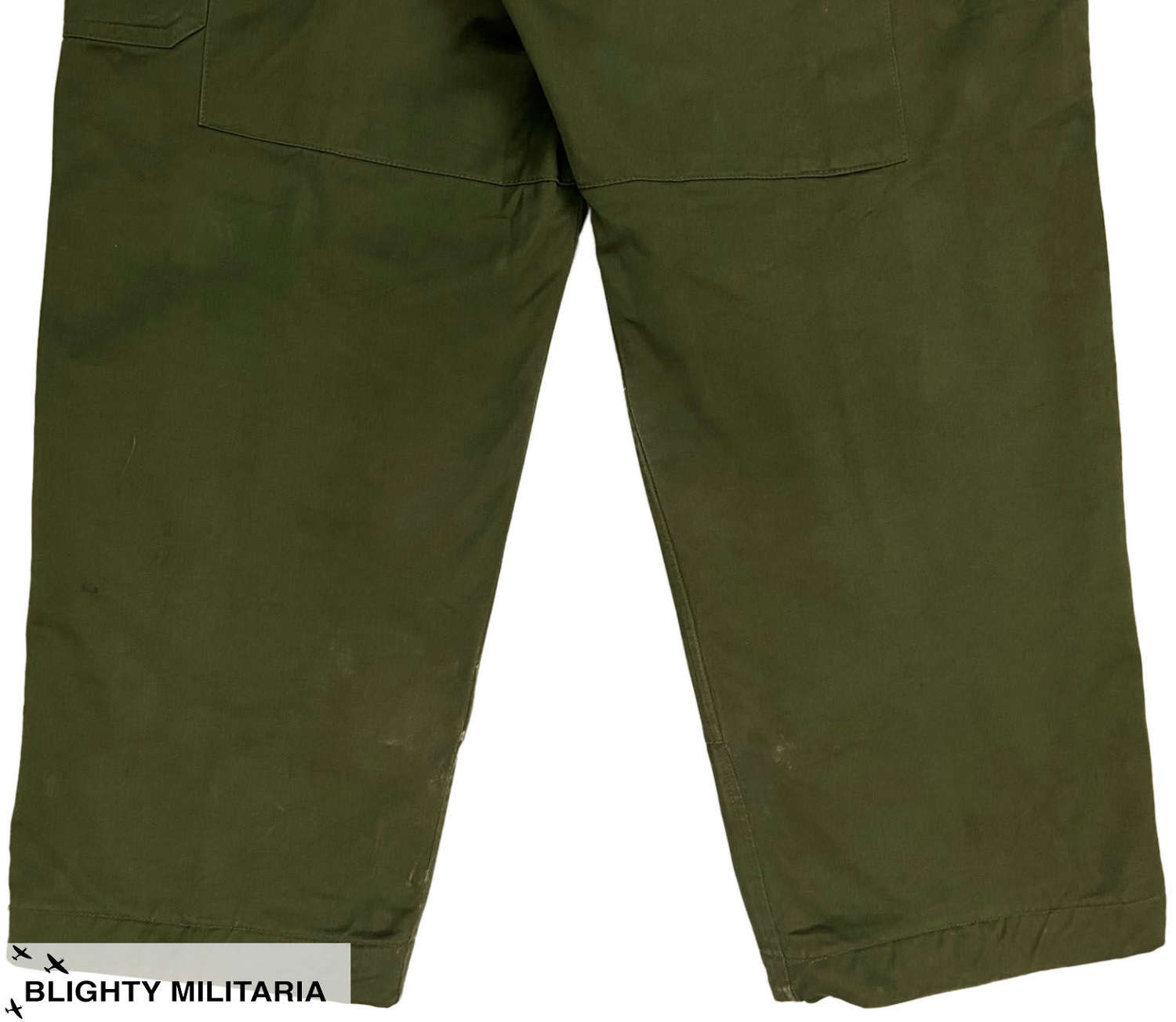