An extremely rare British motorcycle coat made by 'Armadrake' during the 1930s.

This style of coat was popular with motorcycle owners and riders during the inter-war period and were still regularly seen in the post-war period. Made to an extremely high quality, this coat would have been an expensive item to buy when new and it oozes quality.

The design of the coat is extremely close to a coat produced by Belstaff during the same period. It shares many of the same details but also has a few which are specific to this brand including the 'Nek-Muf' elasticated collar which is described in the period adverts. The coat is made from a tight weave cotton and features a blanket wool lining. Between these layers is a yellow colour oil skin material which is designed as a waterproof and windproof layer. The coat fastens to the top in a maternity style and is extremely similar in construction and materials to the Sidcot flying suits produced during the Great War. A storm flap fastens over this with two buttons and there is an angled pocket to the chest - a typical period detail. Flapped pockets are located to the skirt and a waist belt fastens around the middle with two buckles.  The coat fastens to the neck and features a throat latch which fastens with double buttons - The same as found on Belstaff made coats.

The original label is still present to the interior and features the maker's name 'Armadrake' and the word 'weathercoat' along with a graphic depicting a ship heading into the sunset.

The coat is a smaller size which will suit around a 36" - 38" chest and average height.

The overall condition of the coat is good and it displays well with plenty of character. It has clearly been very heavily worn and shows signs of wear and use as can be seen in the pictures. There is staining, wear and some period repairs - all of which add to the character of the coat.

A very rare piece of iconic British outerwear which has some fantastic details and a great label. A must have for the serious collector! 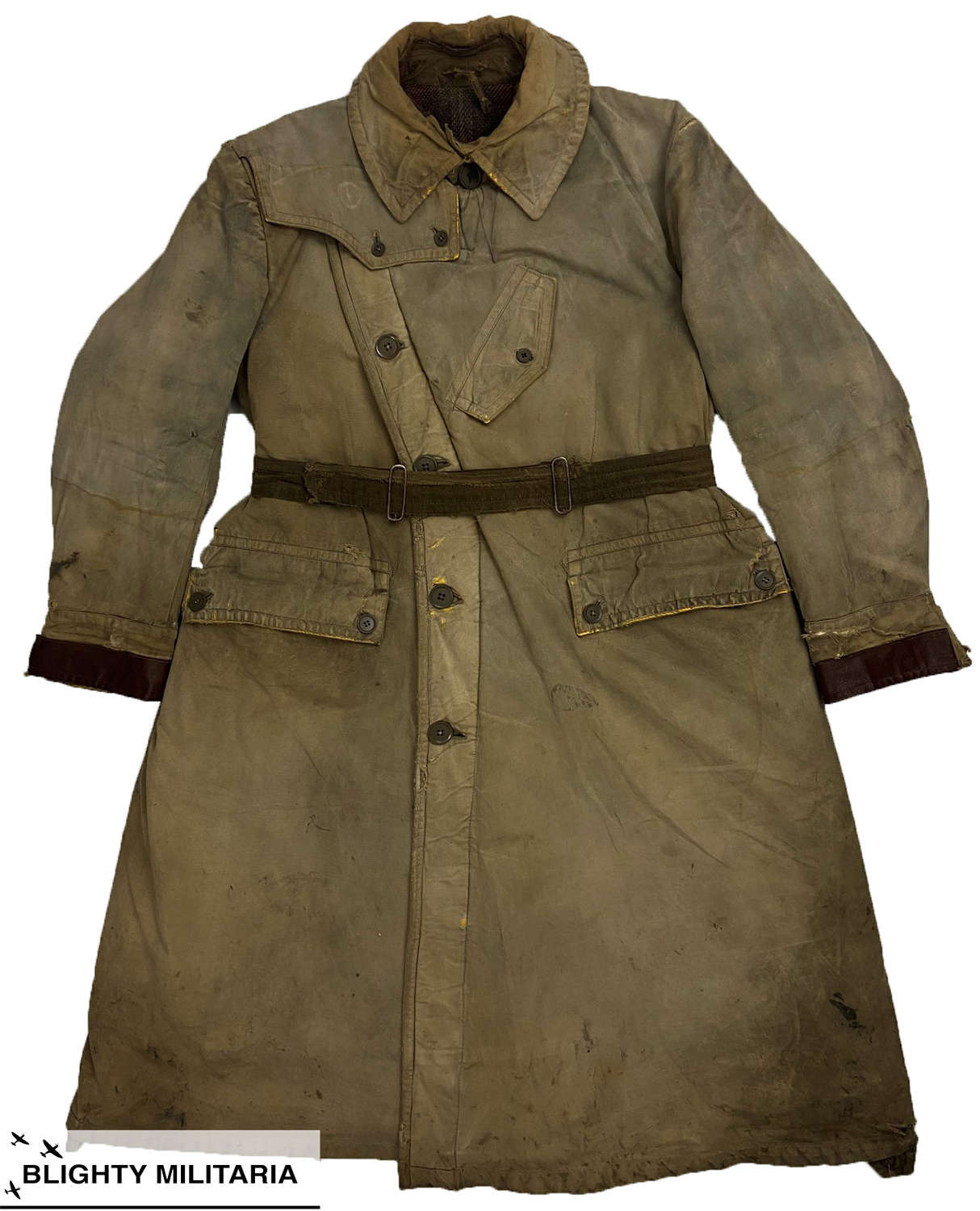 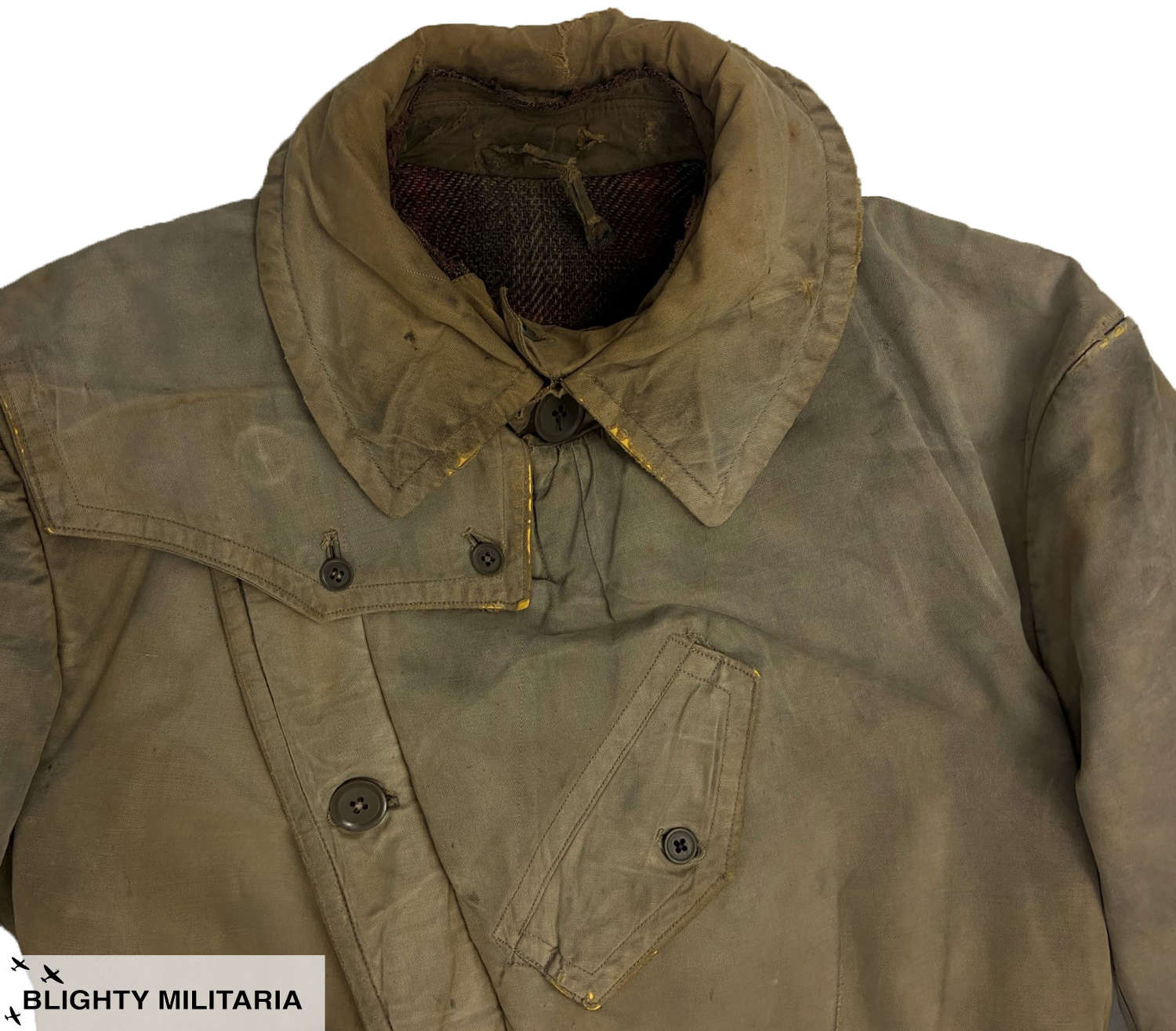 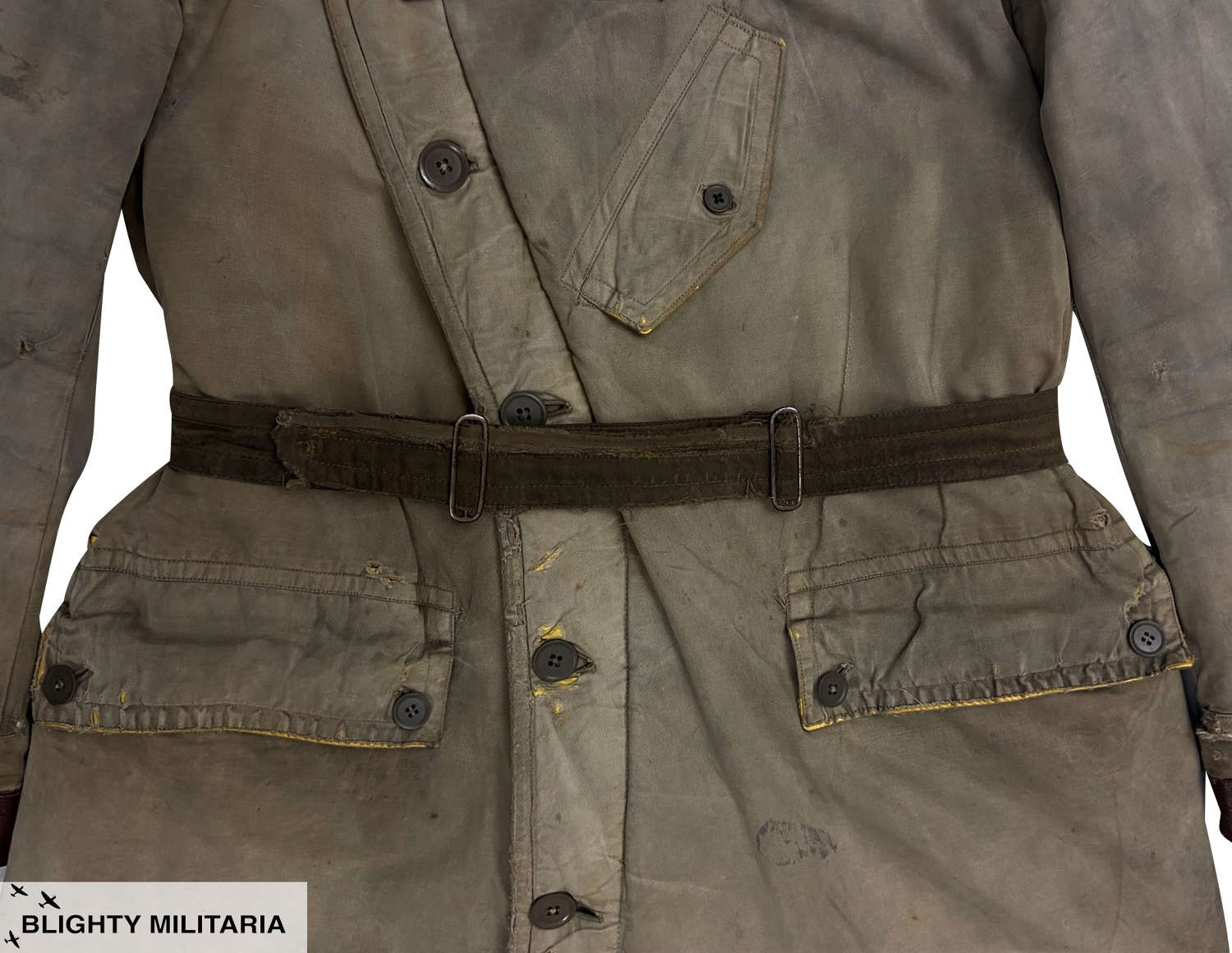 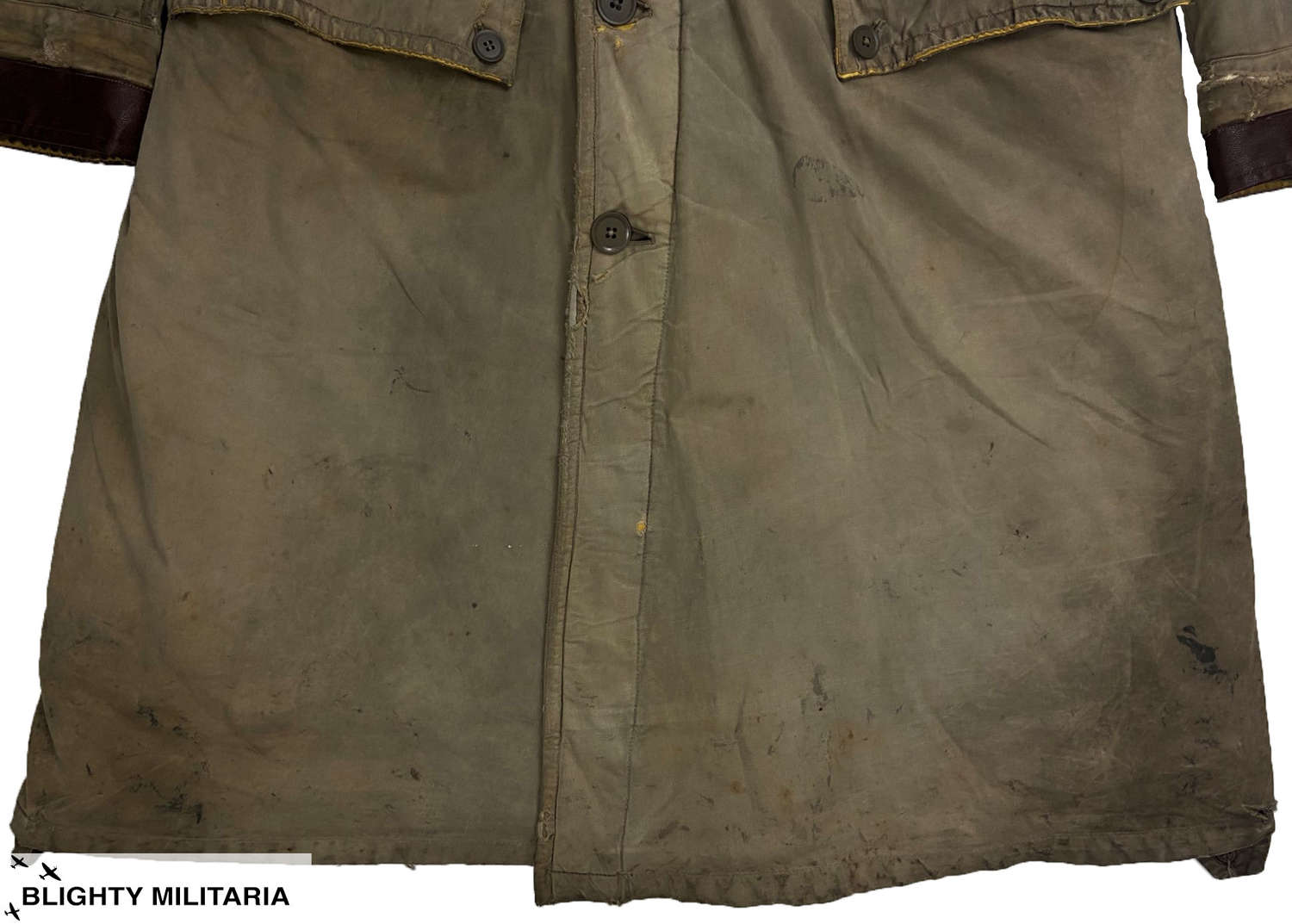 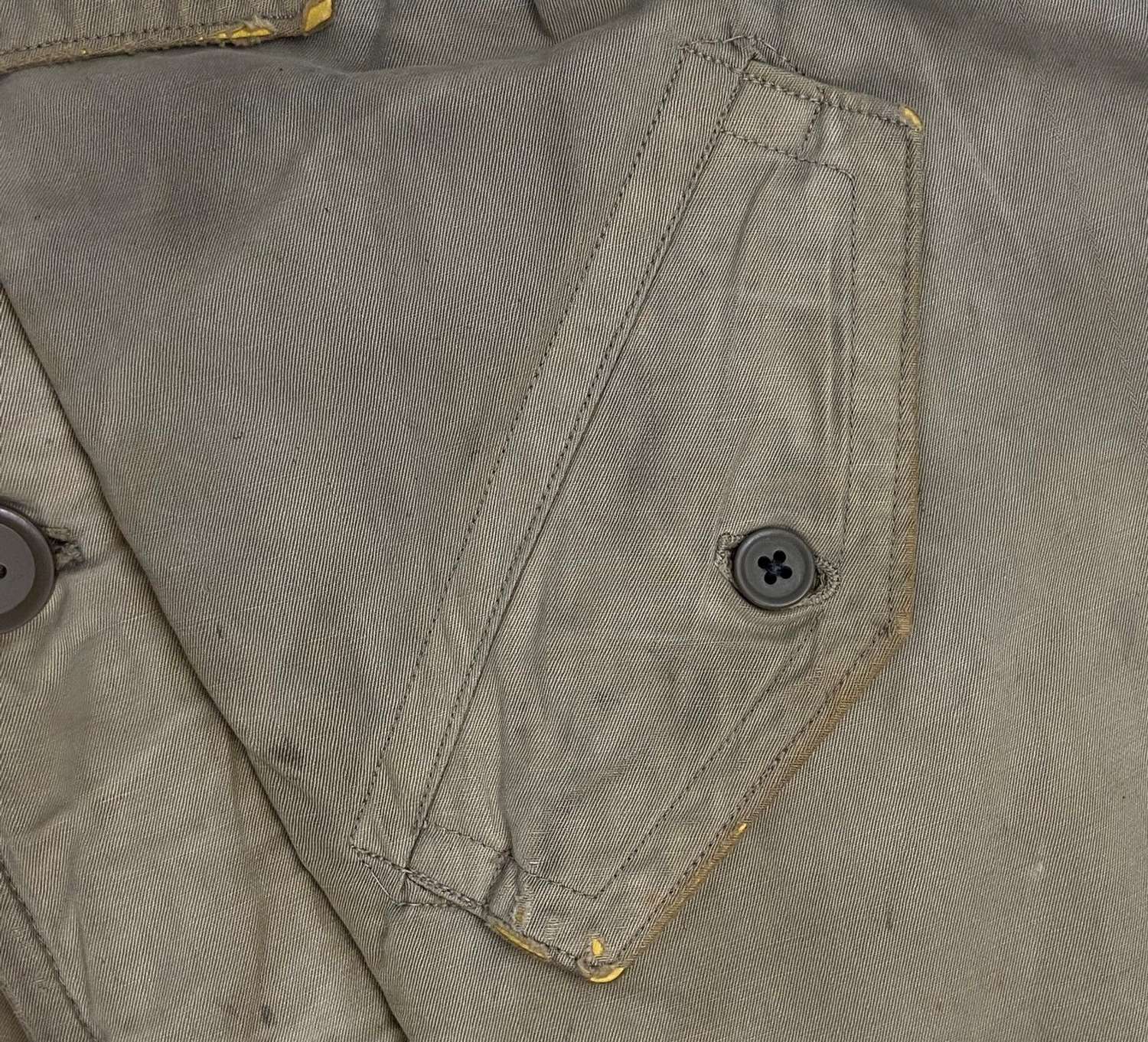 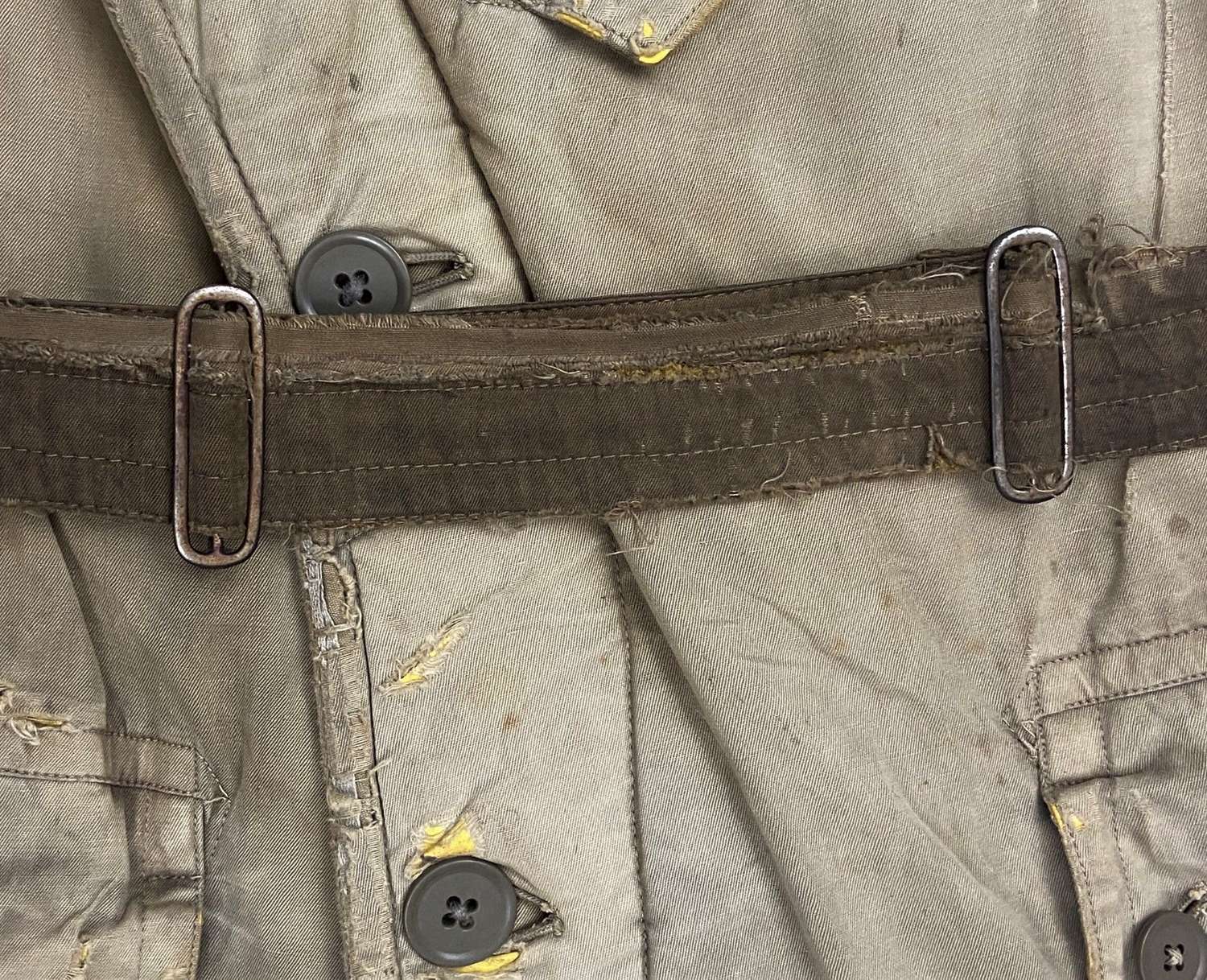 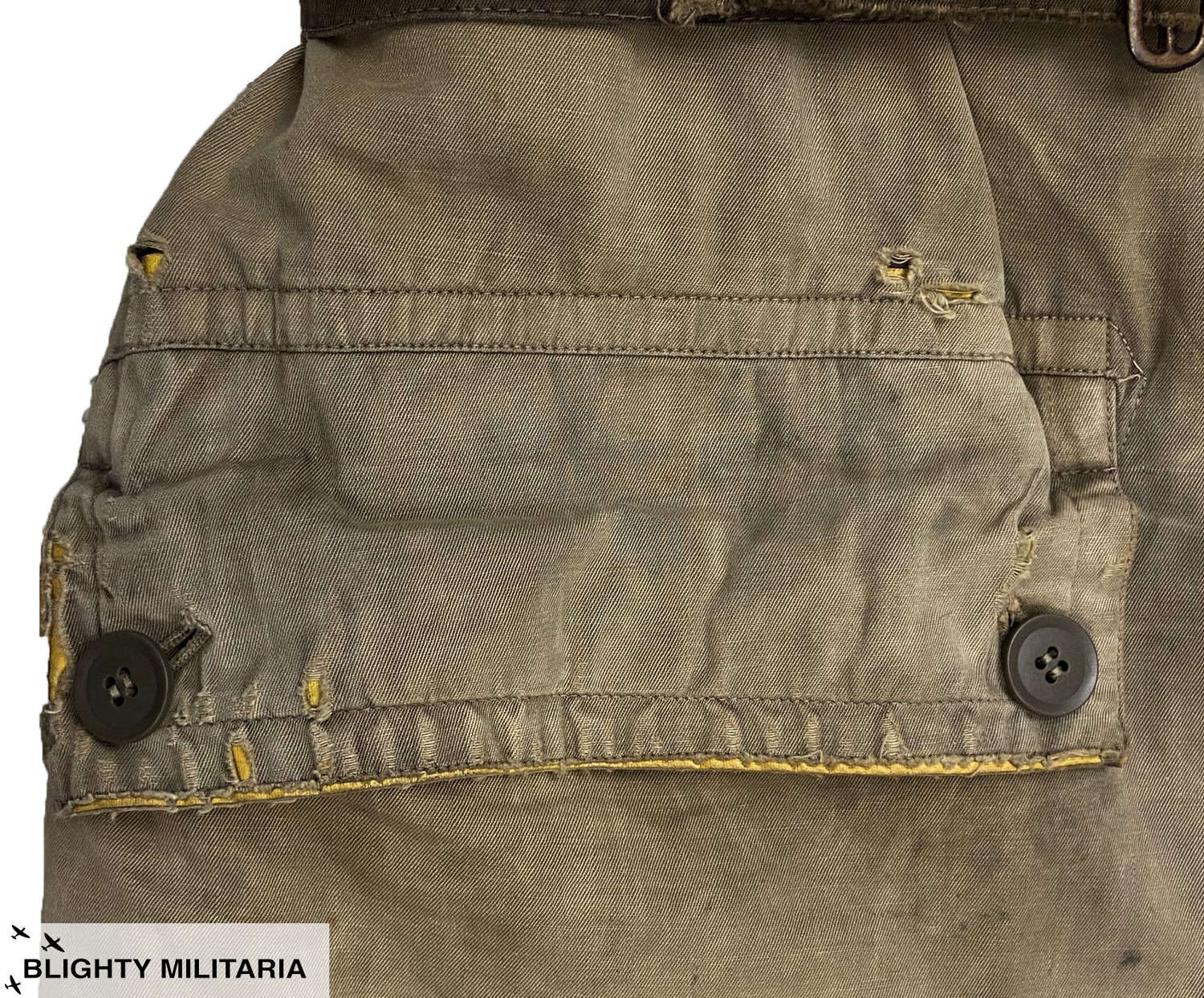 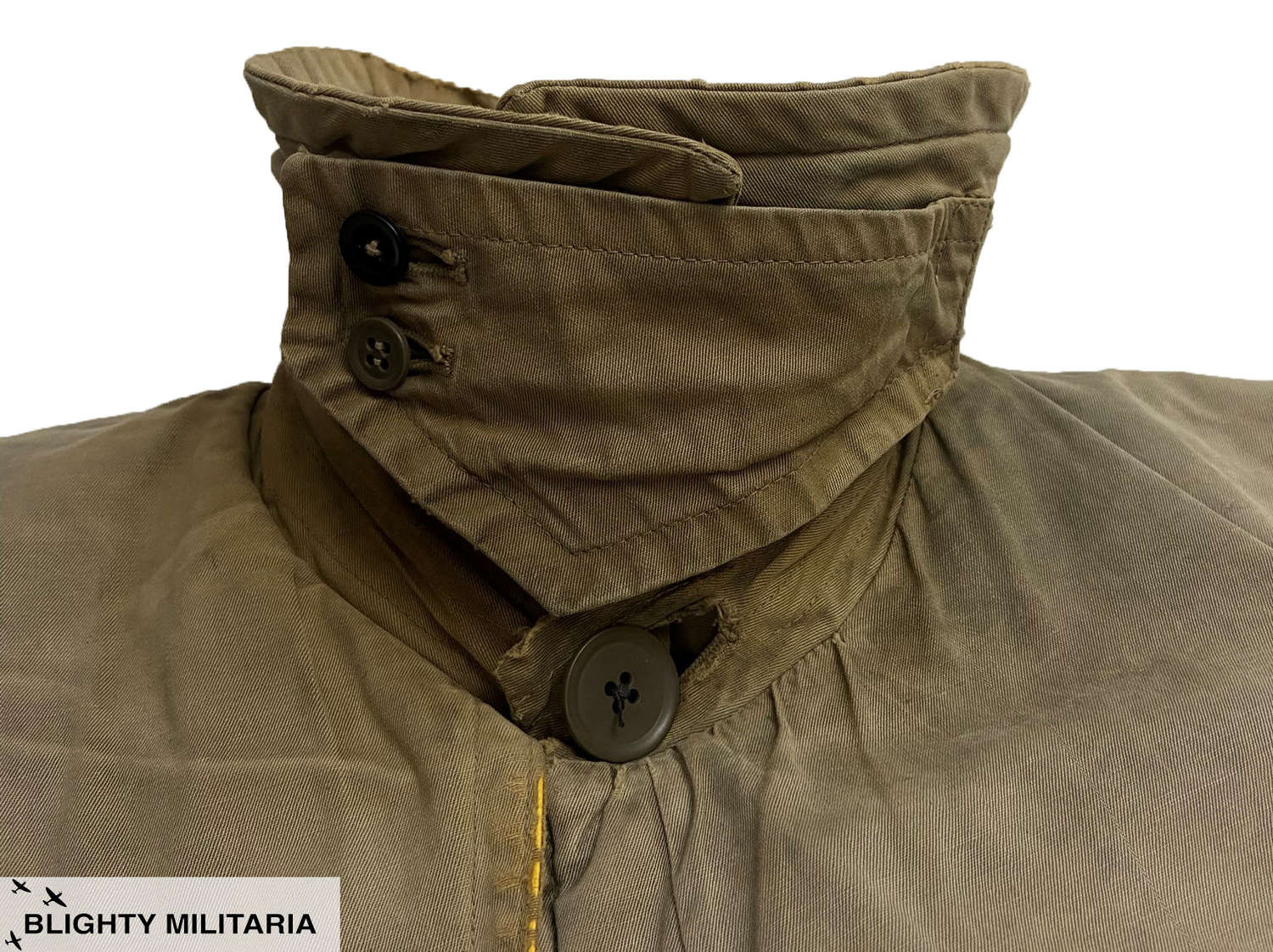 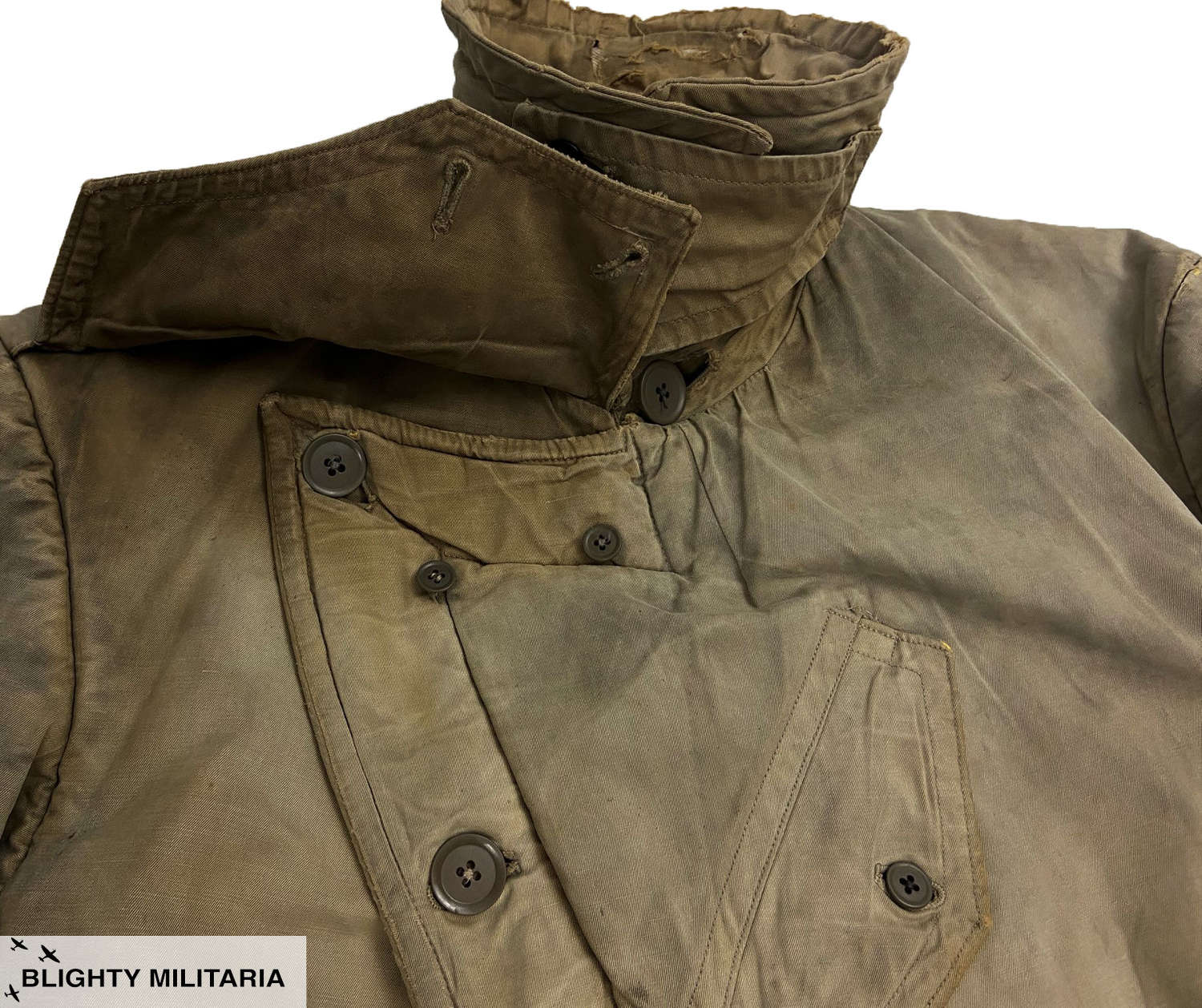 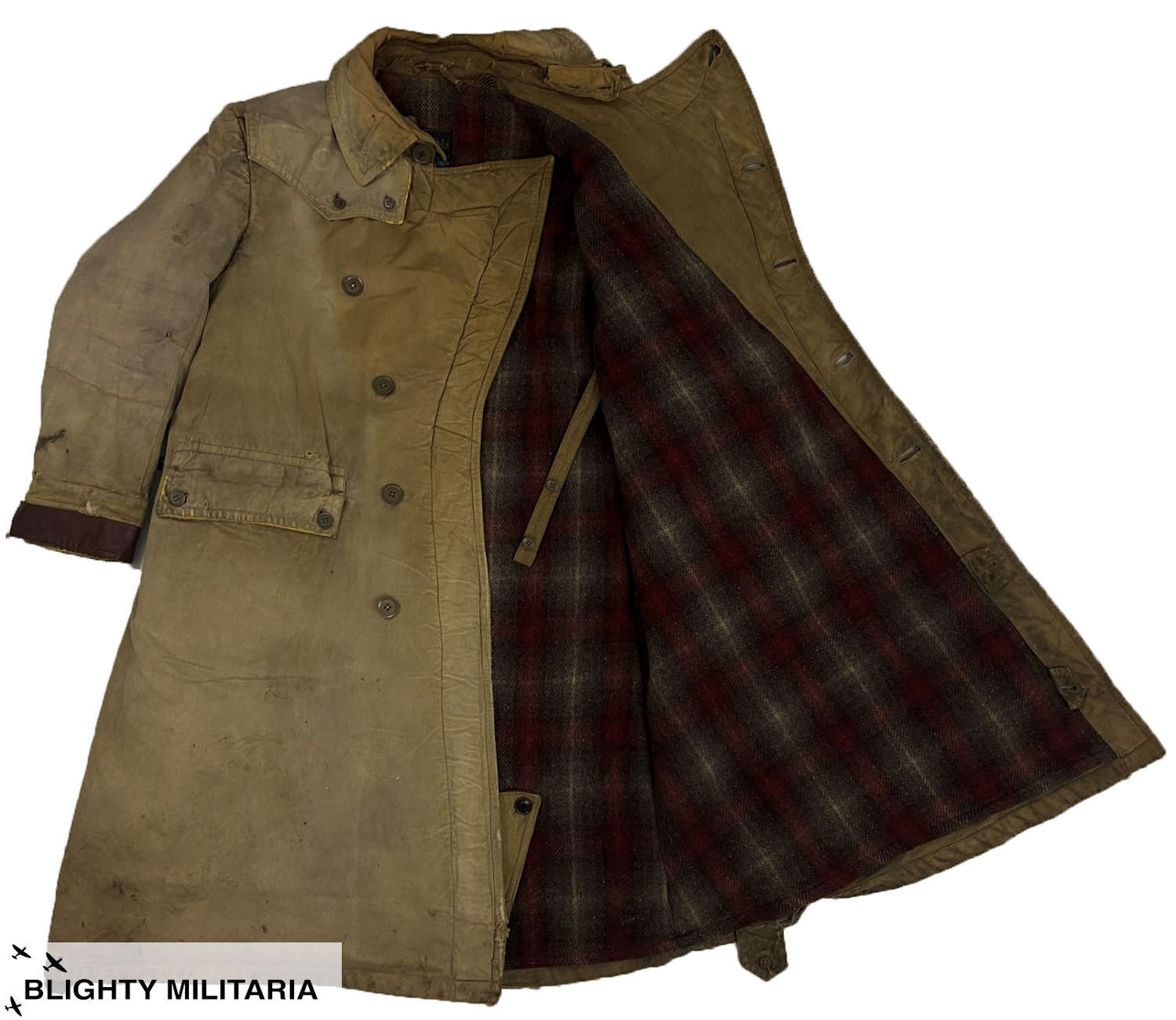 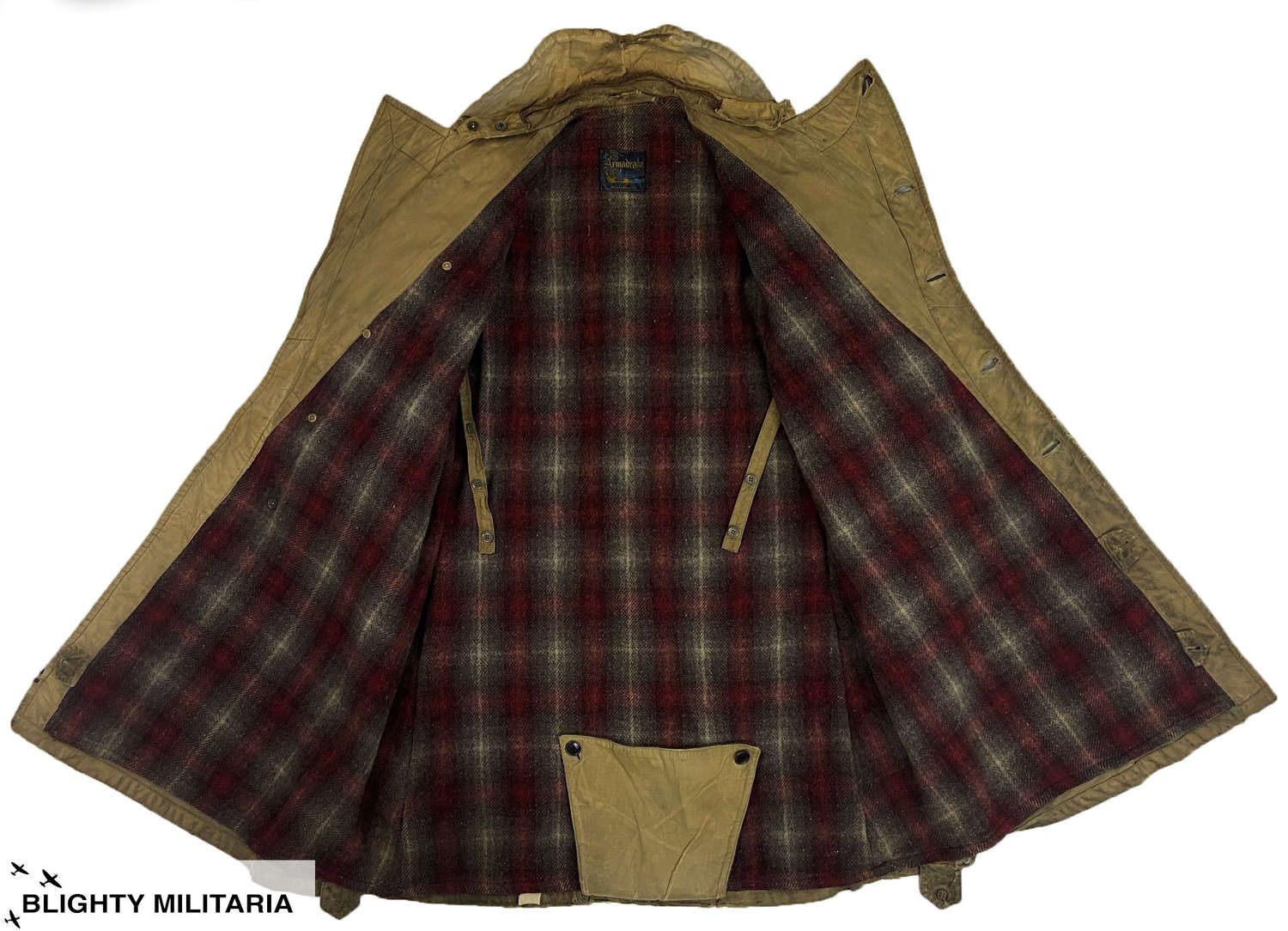 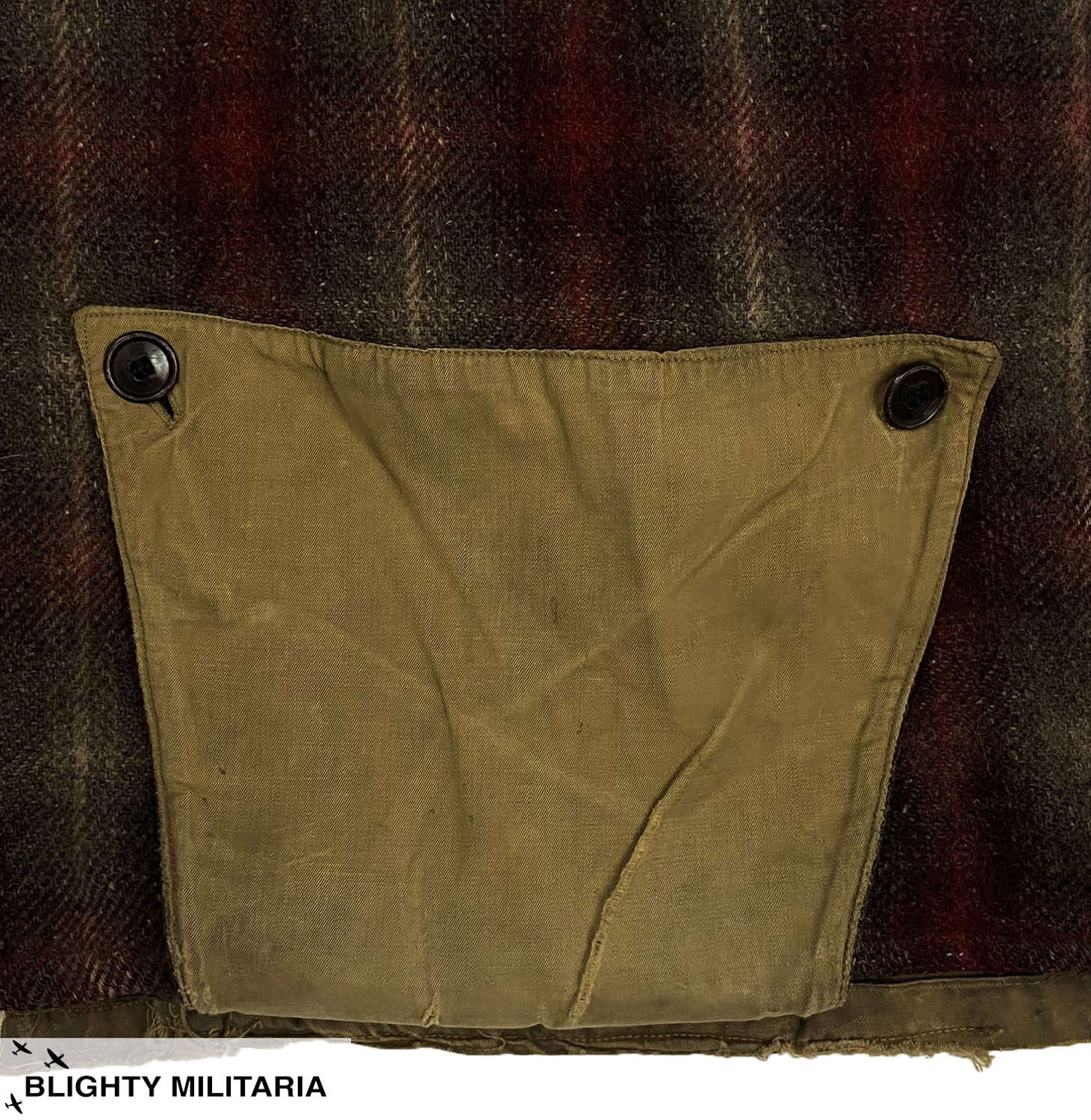 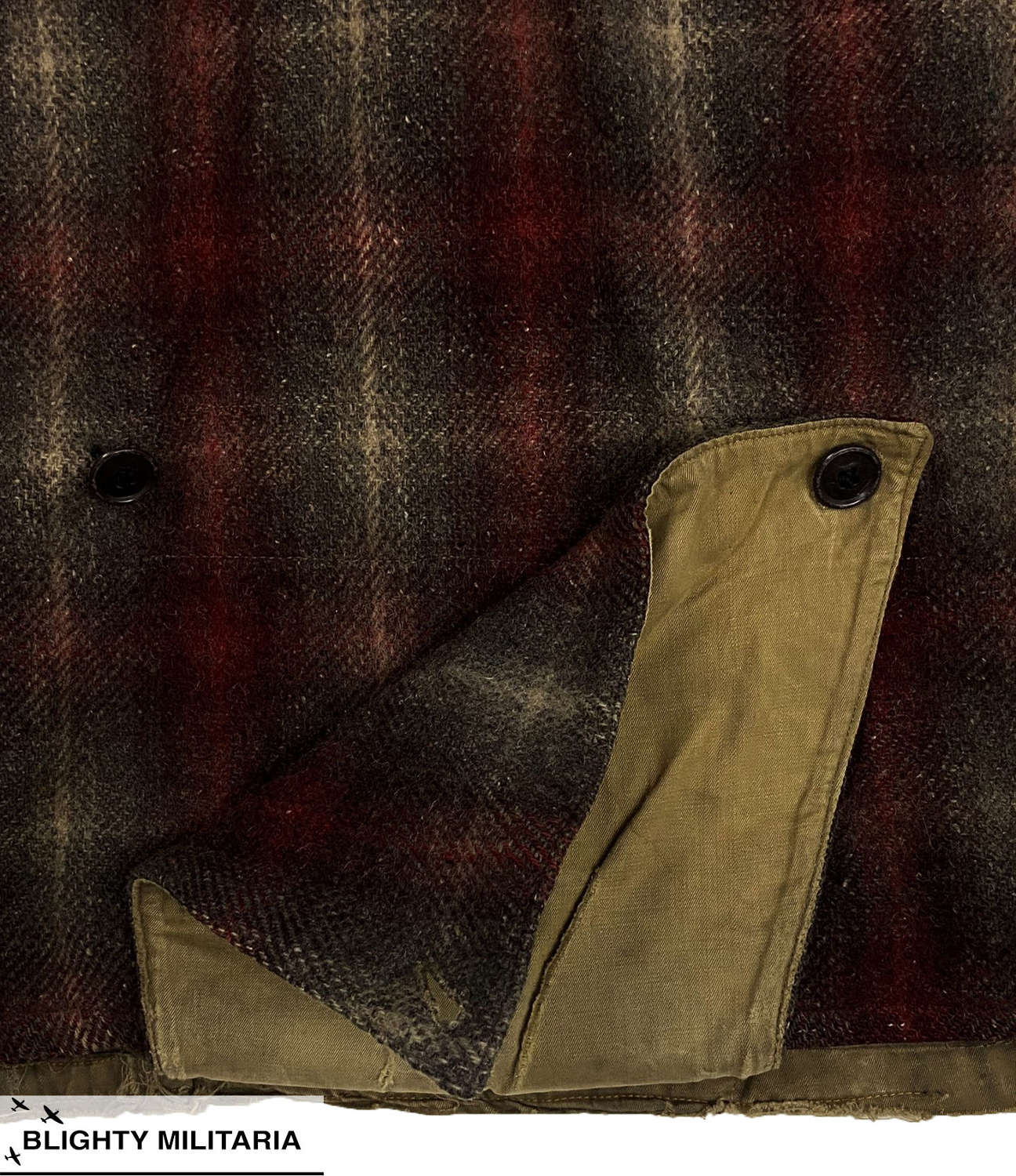 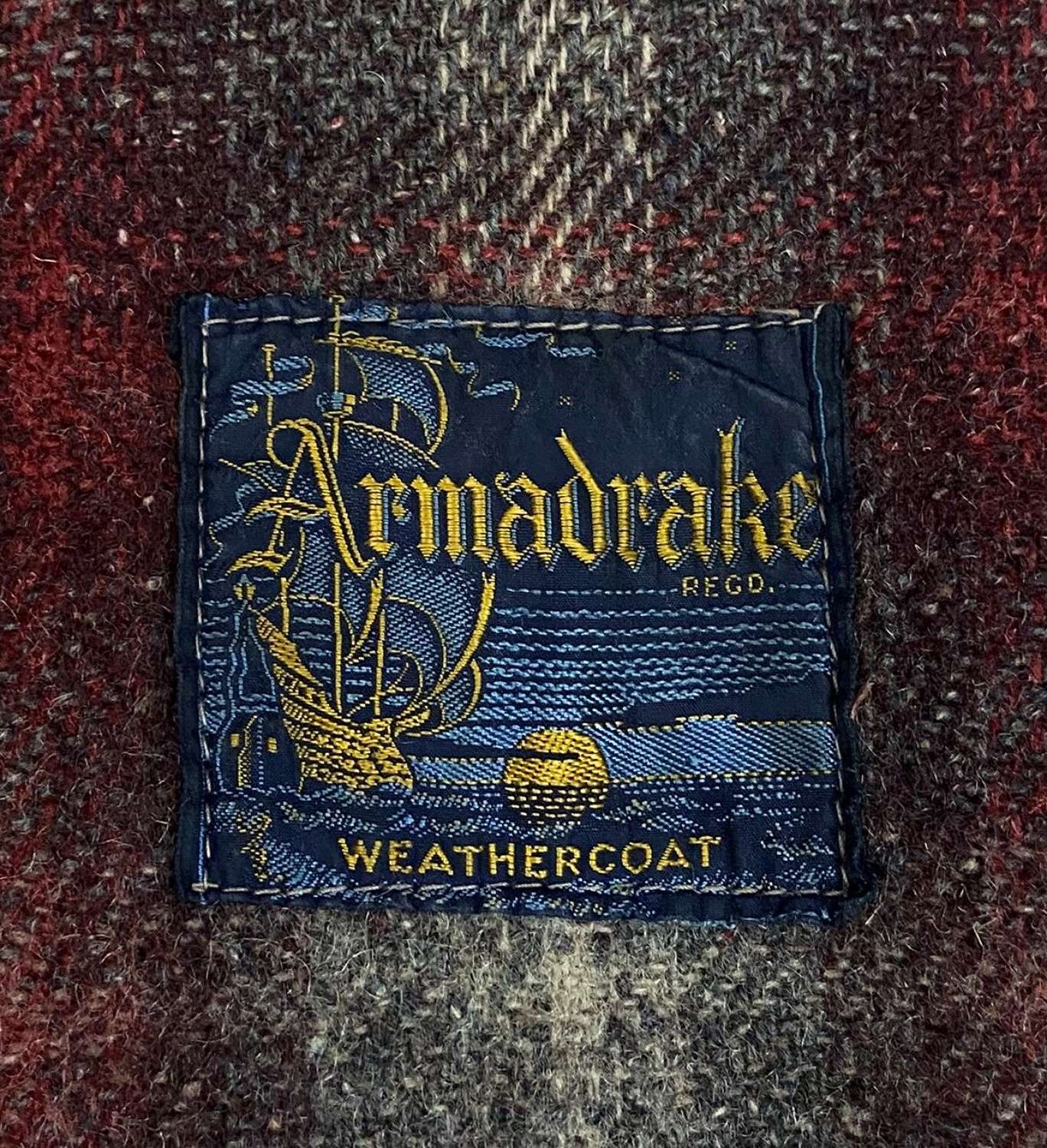 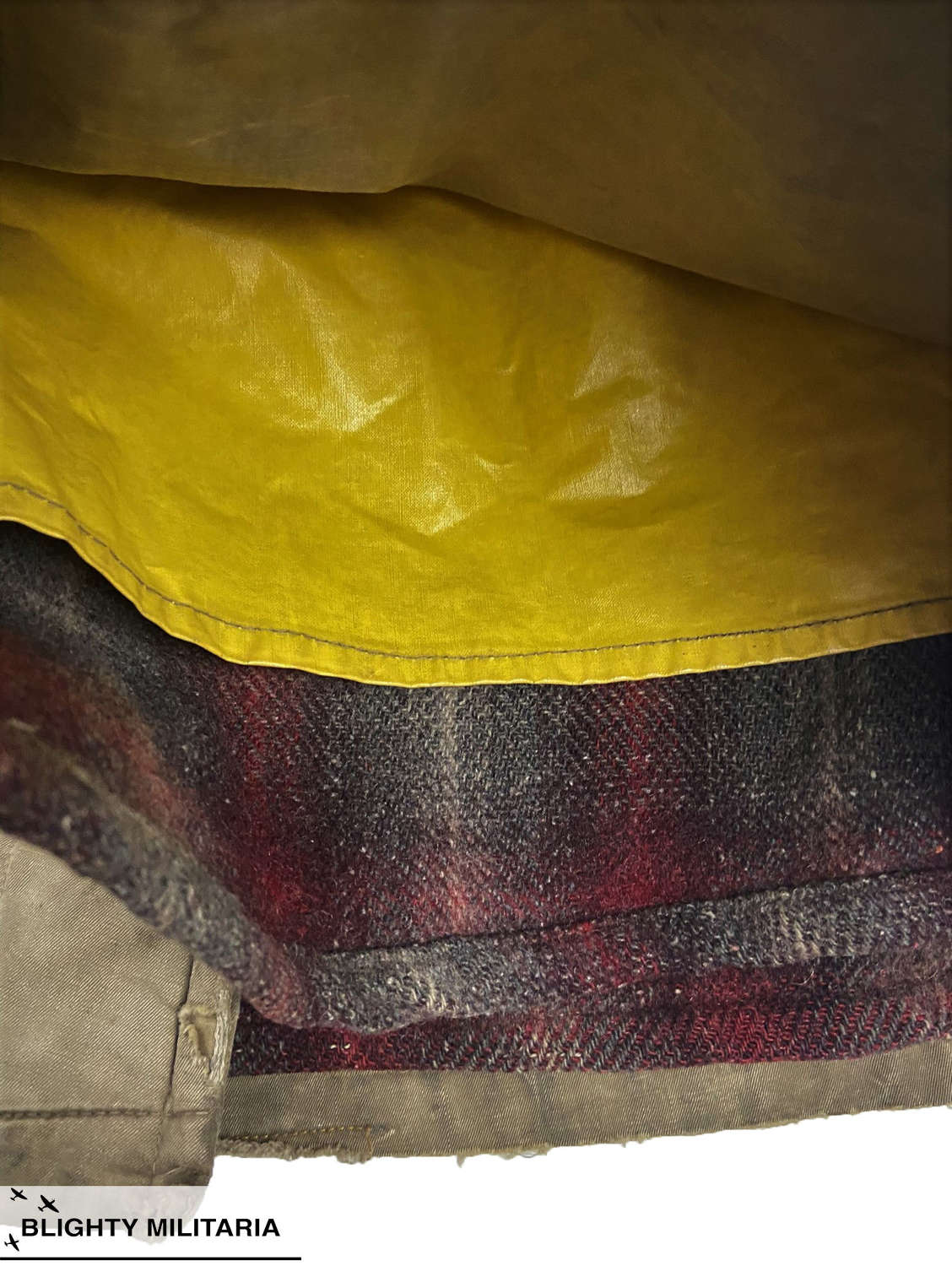 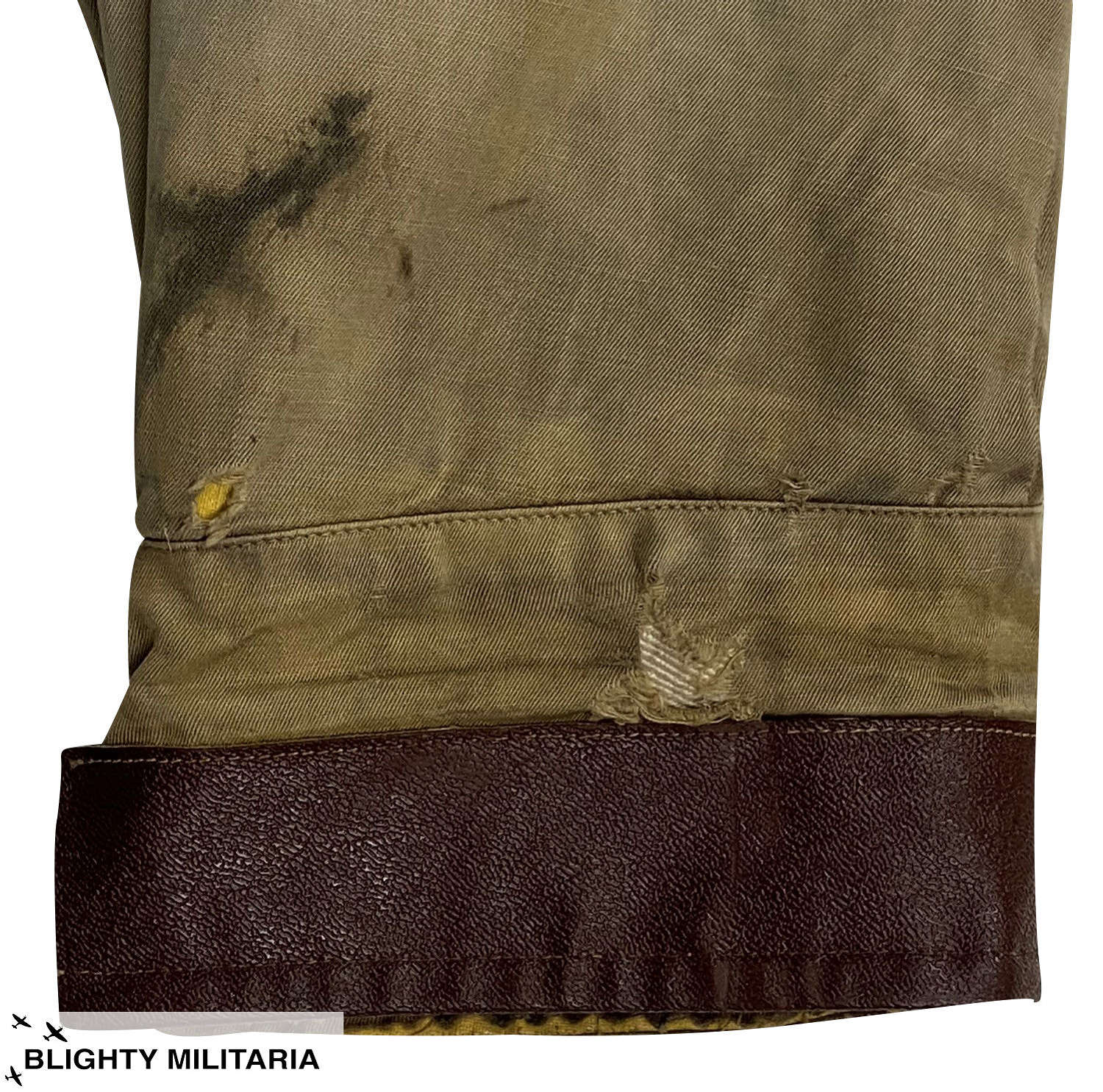 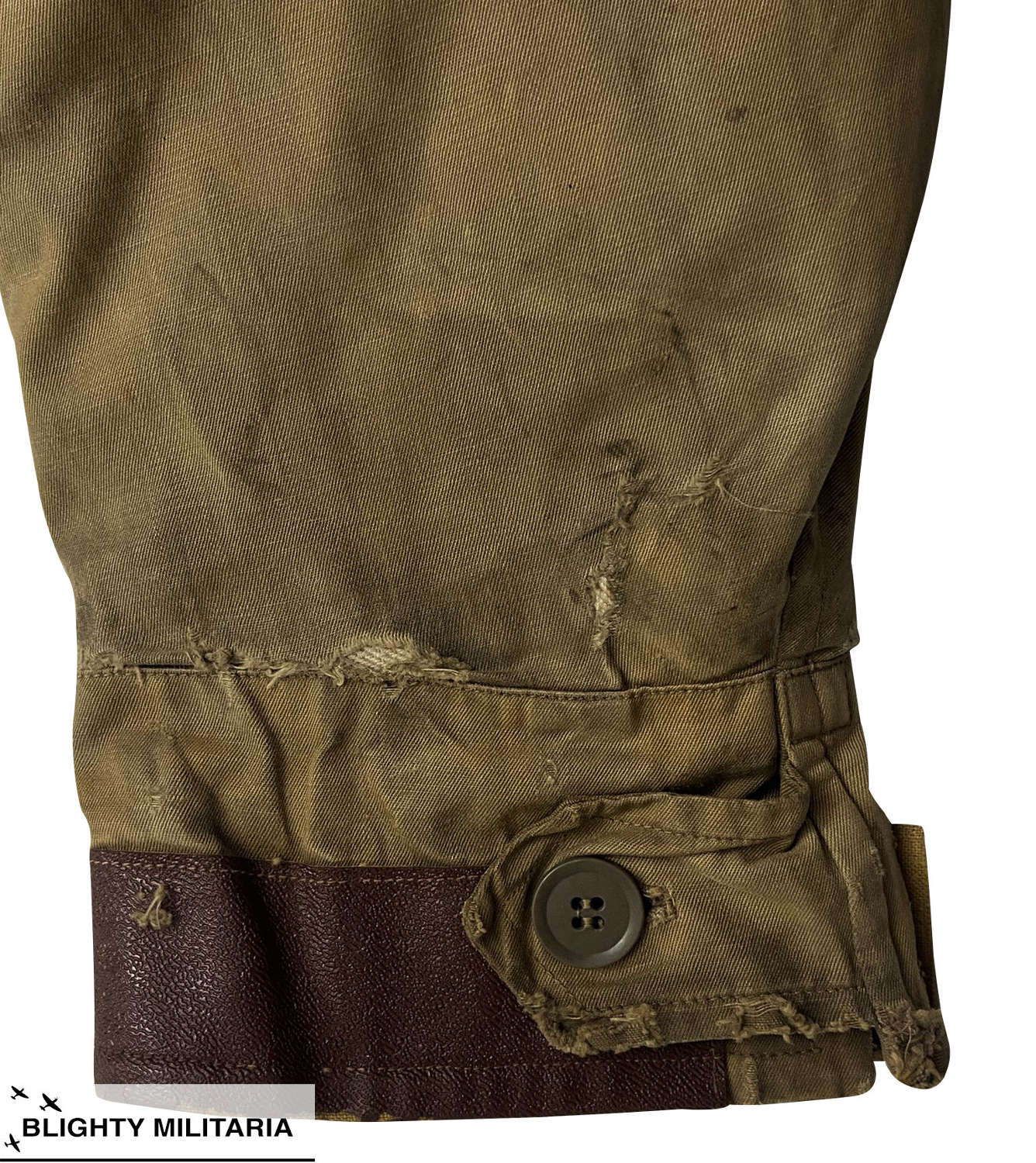 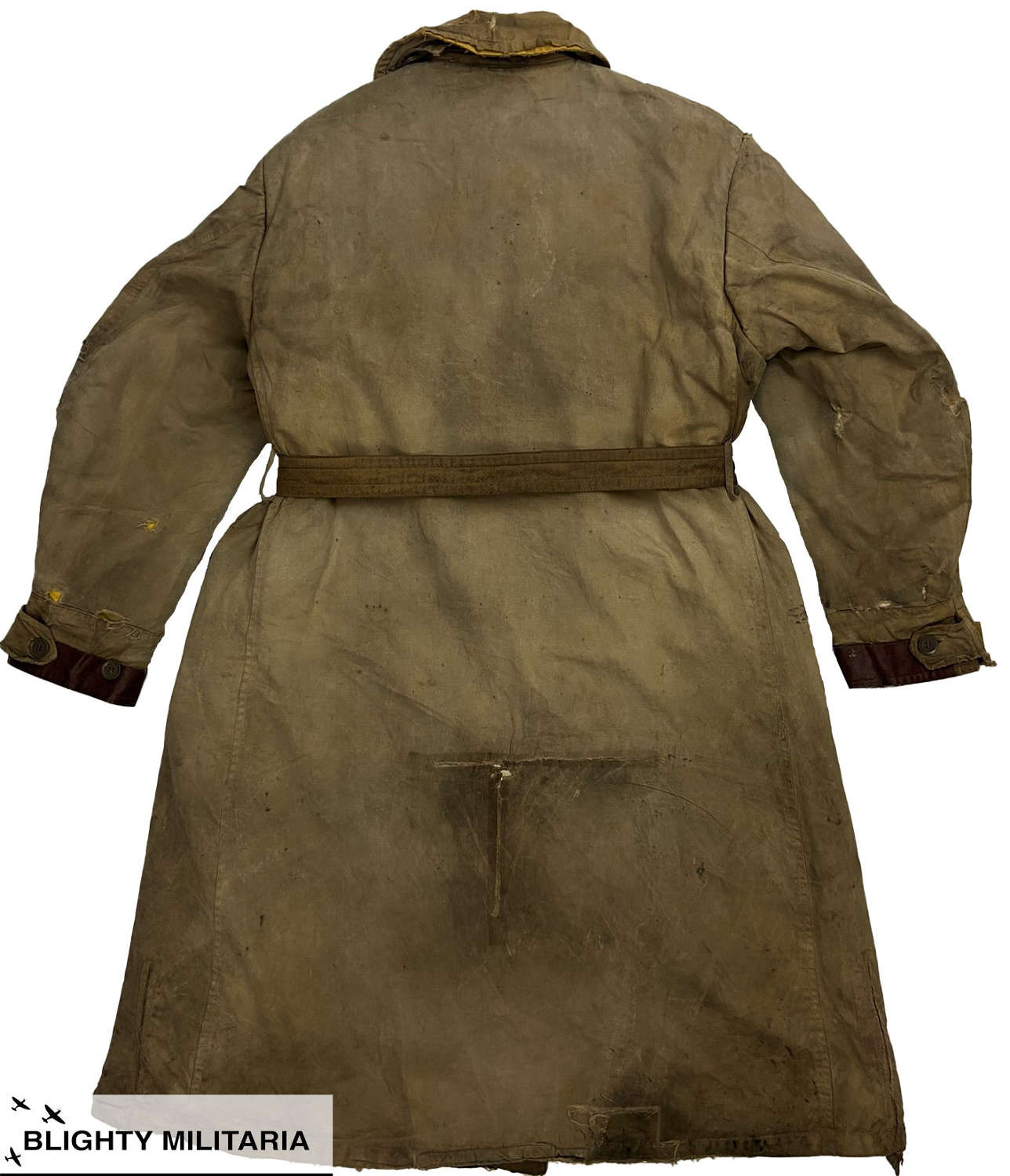 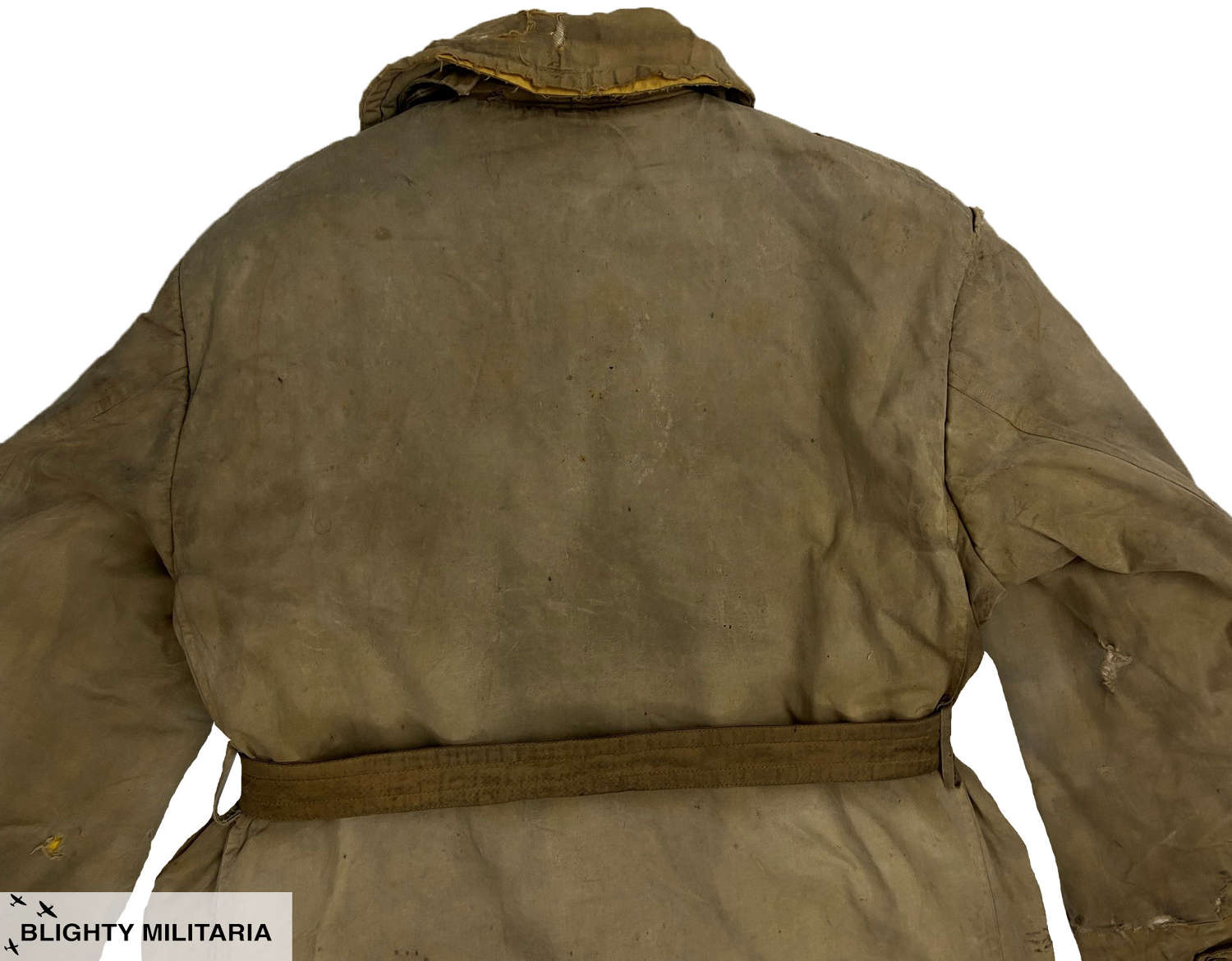 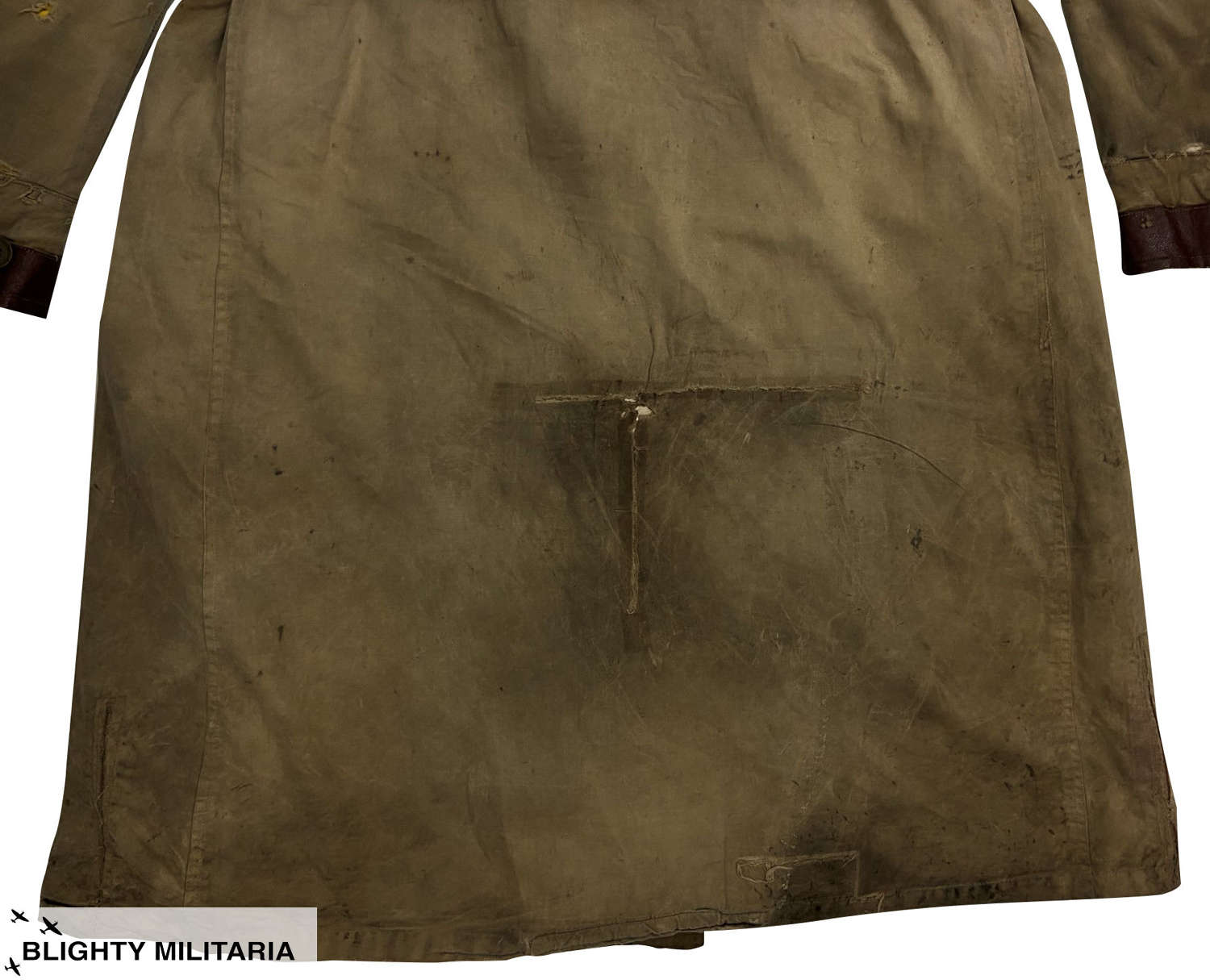