This pattern of jumper was introduced during the Second World War and differs from the standard issue British Army jumper as it has openings at the shoulders to allow for the epaulettes of the shirt worn underneath to be passed through, therefore making rank visible. In 1945 this pattern of jumper ceased to be produced in khaki and was replaced by a dark green version making this a wartime example.

The pullover is machine knitted and made from 100% wool. The openings along the shoulders are reinforced with cotton and there is a V-neck opening. The jumper is cut short in the body as it was intended to be worn with high waisted trousers. The jumper would have originally had a label inside although this is no longer present.

The jumper is a small size which will suit around a 34" - 36" chest depending on desired fit. When laid flat it measure -

The overall condition of the jumper is good. It displays well and is certainly still wearable but it does have numerous holes. Please study the pictures before purchasing and bear in mind that this is a vintage item with some flaws.

A nice original wartime jumper in a hard to find pattern! 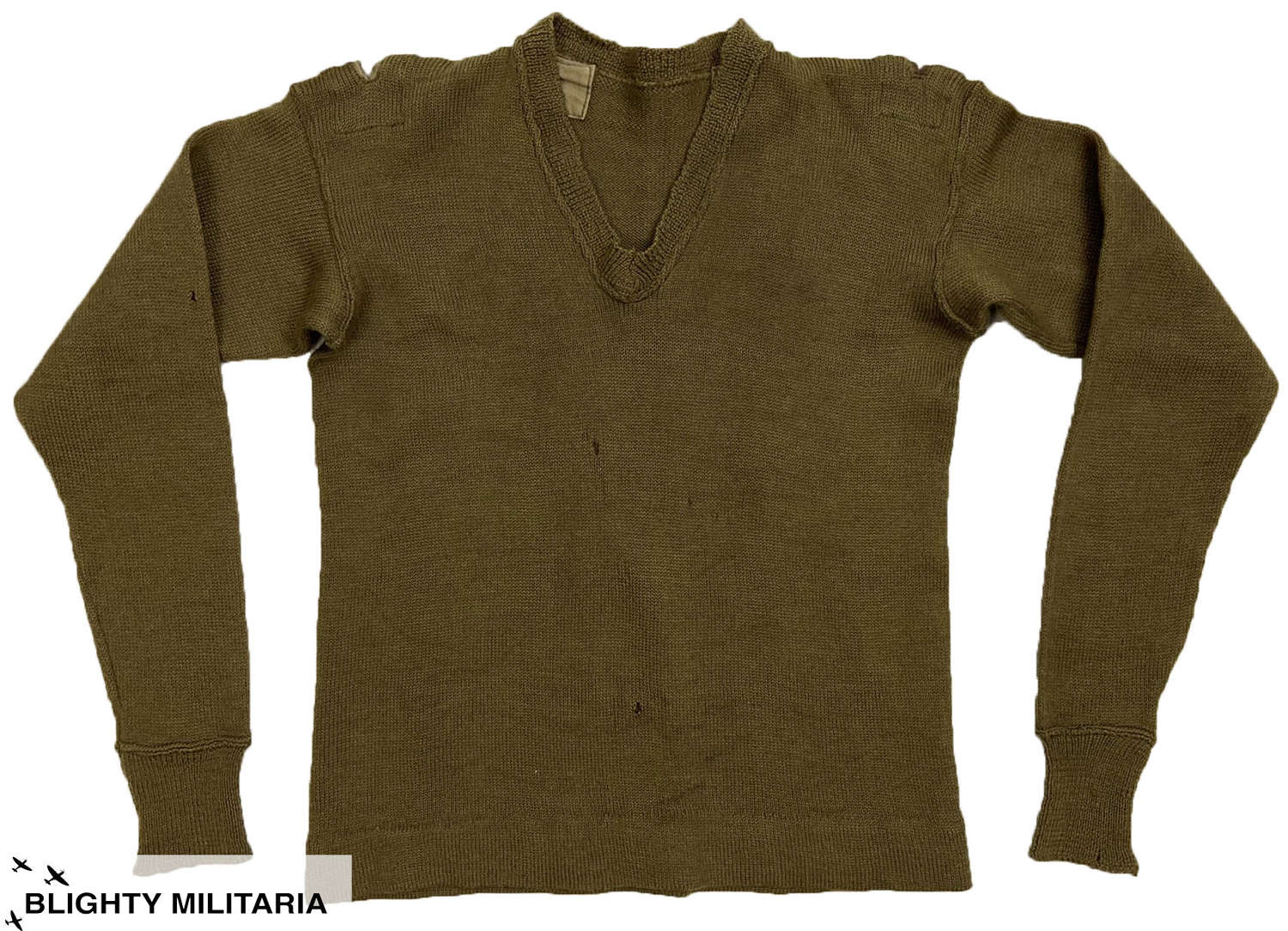 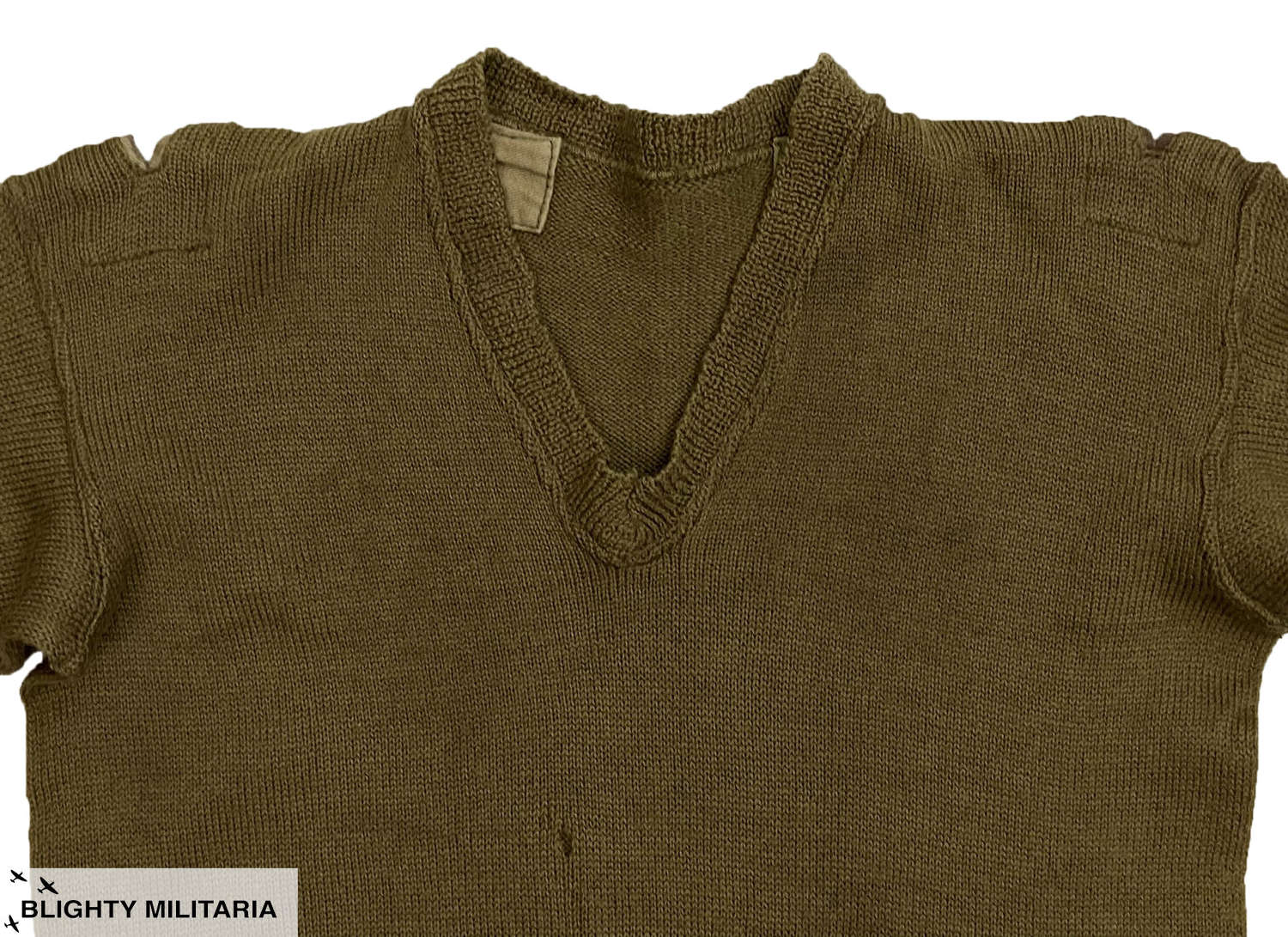 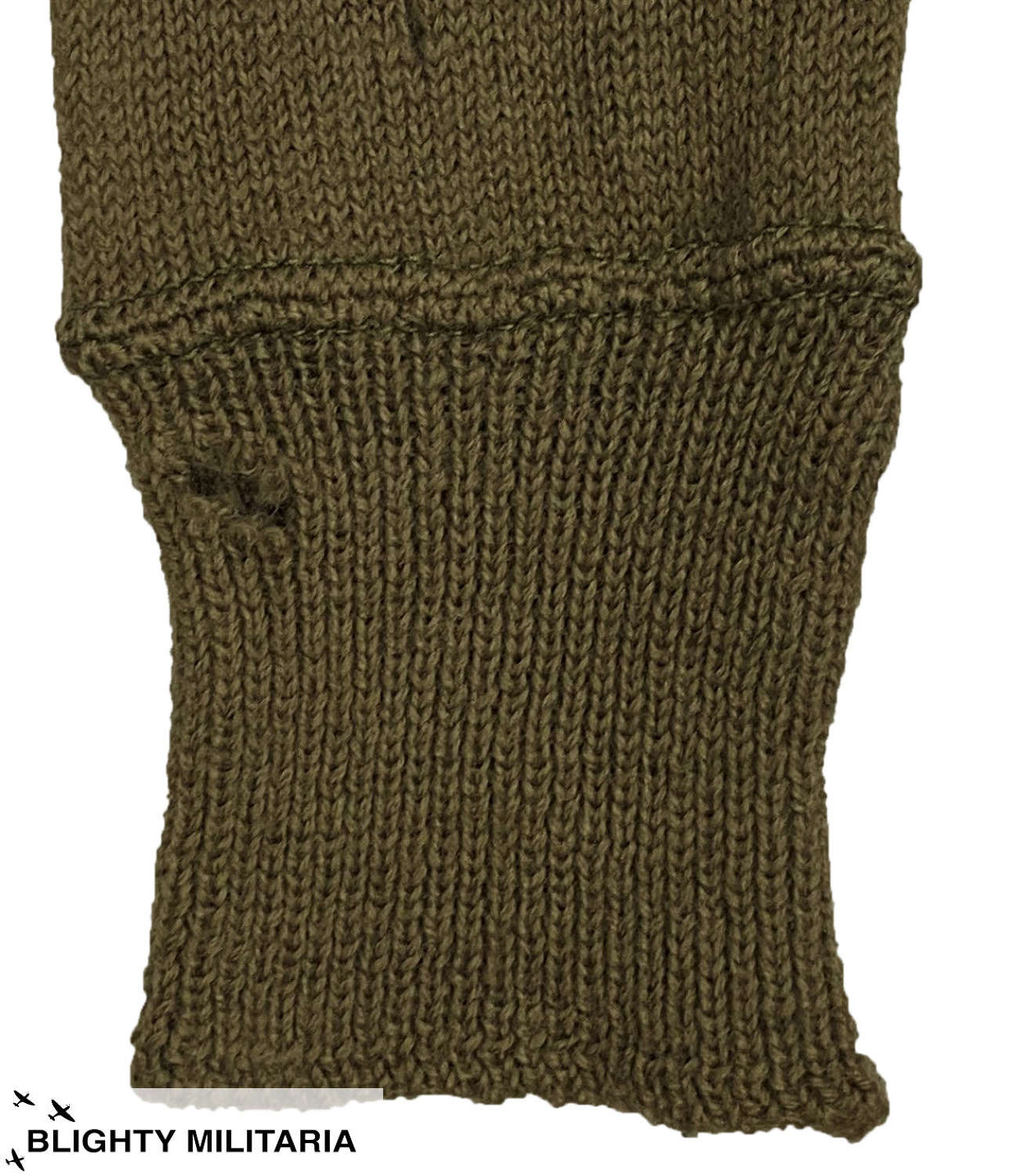 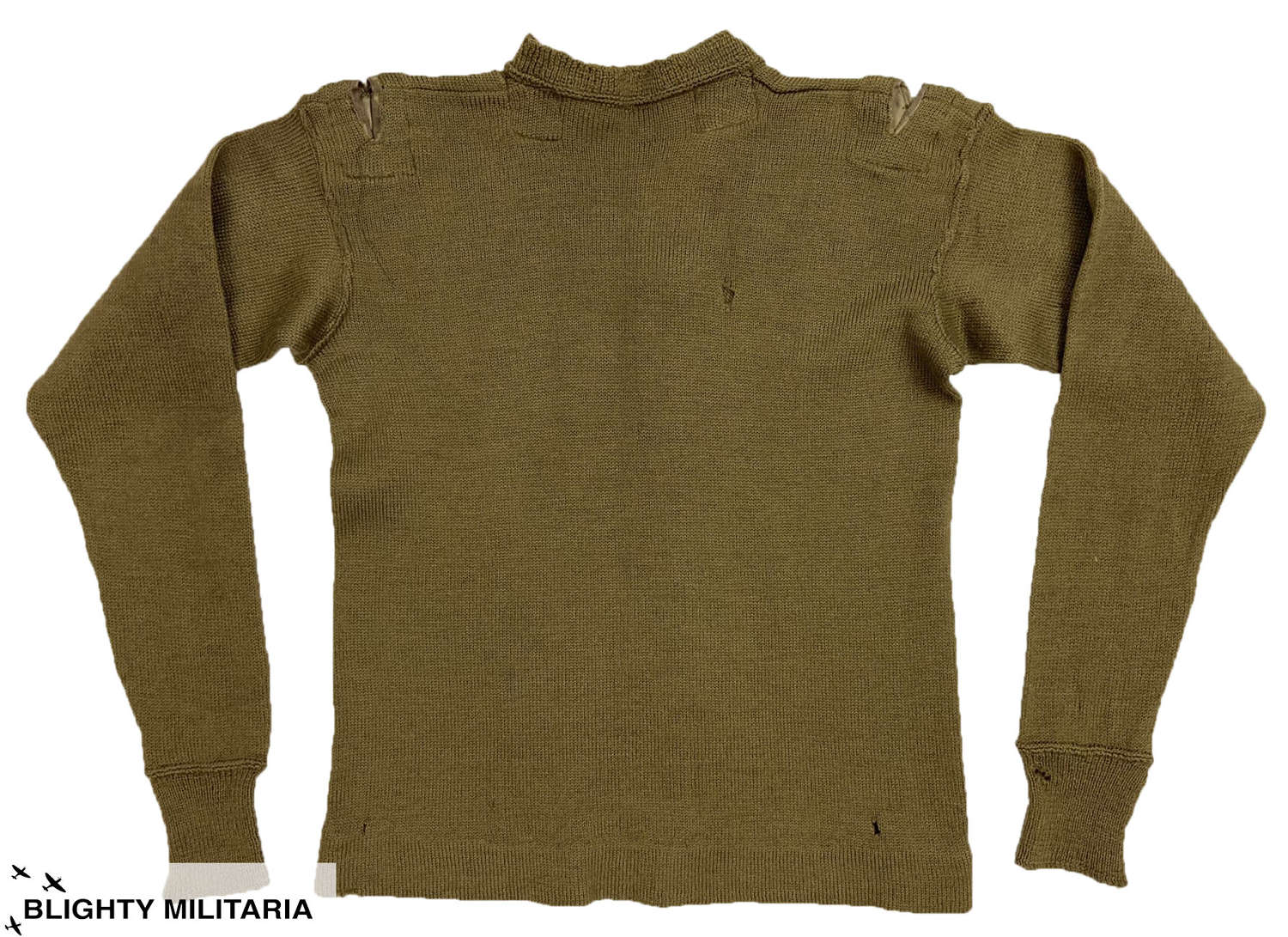