An excellent pair of original RAF 1941 pattern flying boots in great condition and a large size 10.

This pattern of boots came into issue with the RAF during the Second World and were particularly popular with Bomber Command, earning the nickname 'bomber boots'.

This particular pair are in fantastic condition with only limited signs of age and wear. The suede uppers are in good shape and are very soft and pliable. The sheepskin lining is also very good and mostly intact with a very small section missing to the top of one of the boots in two places as pictured. The rubber galosh section which joins the boots and soles is also in excellent condition and is still very pliable with no signs of dryness or cracking. The soles and heels are also in very good condition and are both the original 'Itshide' marked articles.

Both boots are fitted with matching zippers which are marked with a 'W' to the front and the War Department broad arrow to the rear. This style of zips are commonly found on this pattern of boots and they both work well. Both the ankle straps are still present and are the light coloured vegetable tan which is usually seen on this pattern. There is some dryness and limited cracking which is only noticeable on close inspection.

The leather flap which sits behind the zipper on each boot bears the War Department broad arrow marking as well as the numeral '10' which relates to size. Below this is the RAF stores reference number 22c/753 as well as the Air Ministry AM and crown marking. To the reverse of the flap the AID stamp is present to both boots.

Altogether a very nice pair of boots which display extremely well and are in a harder to find, large size. 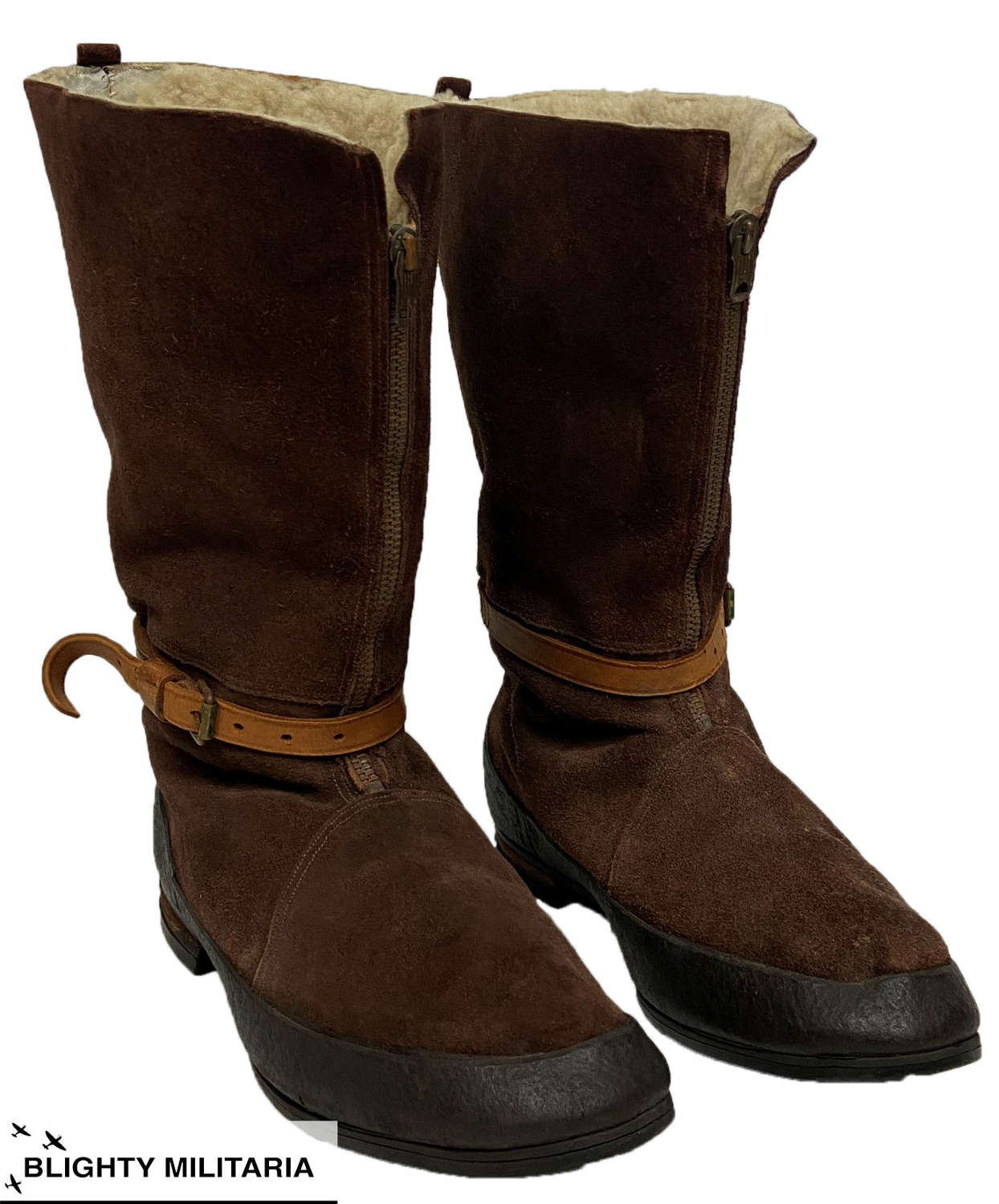 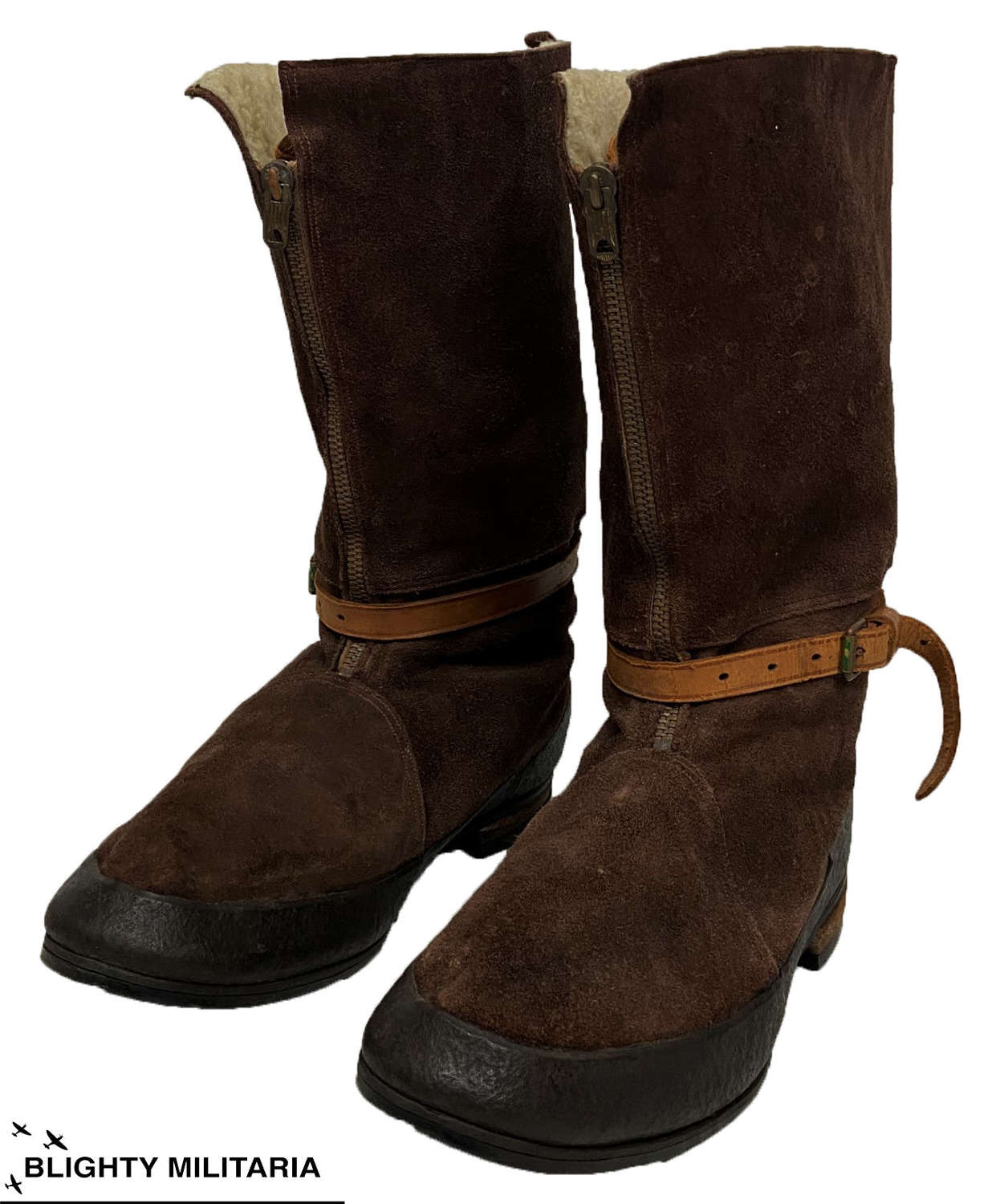 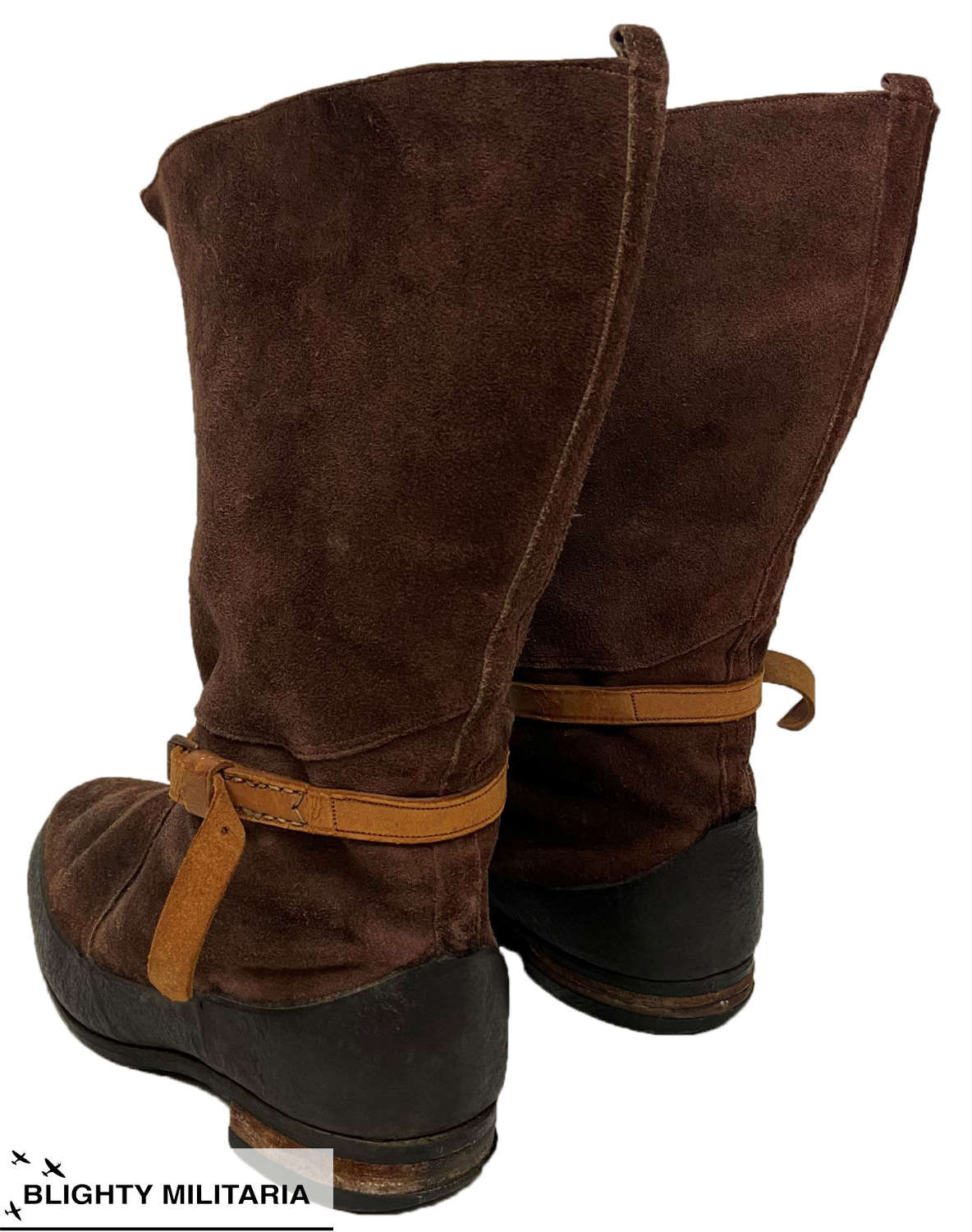 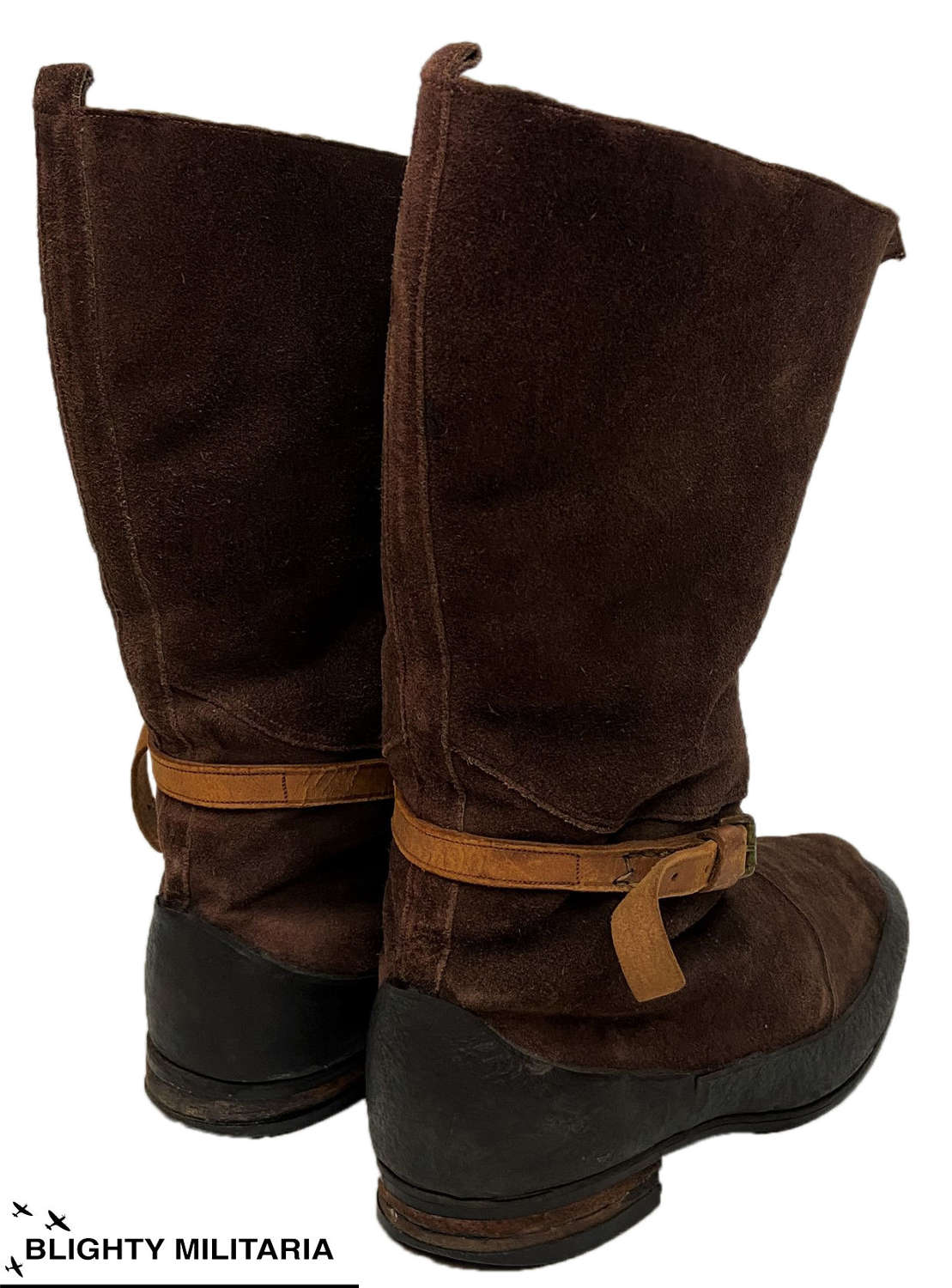 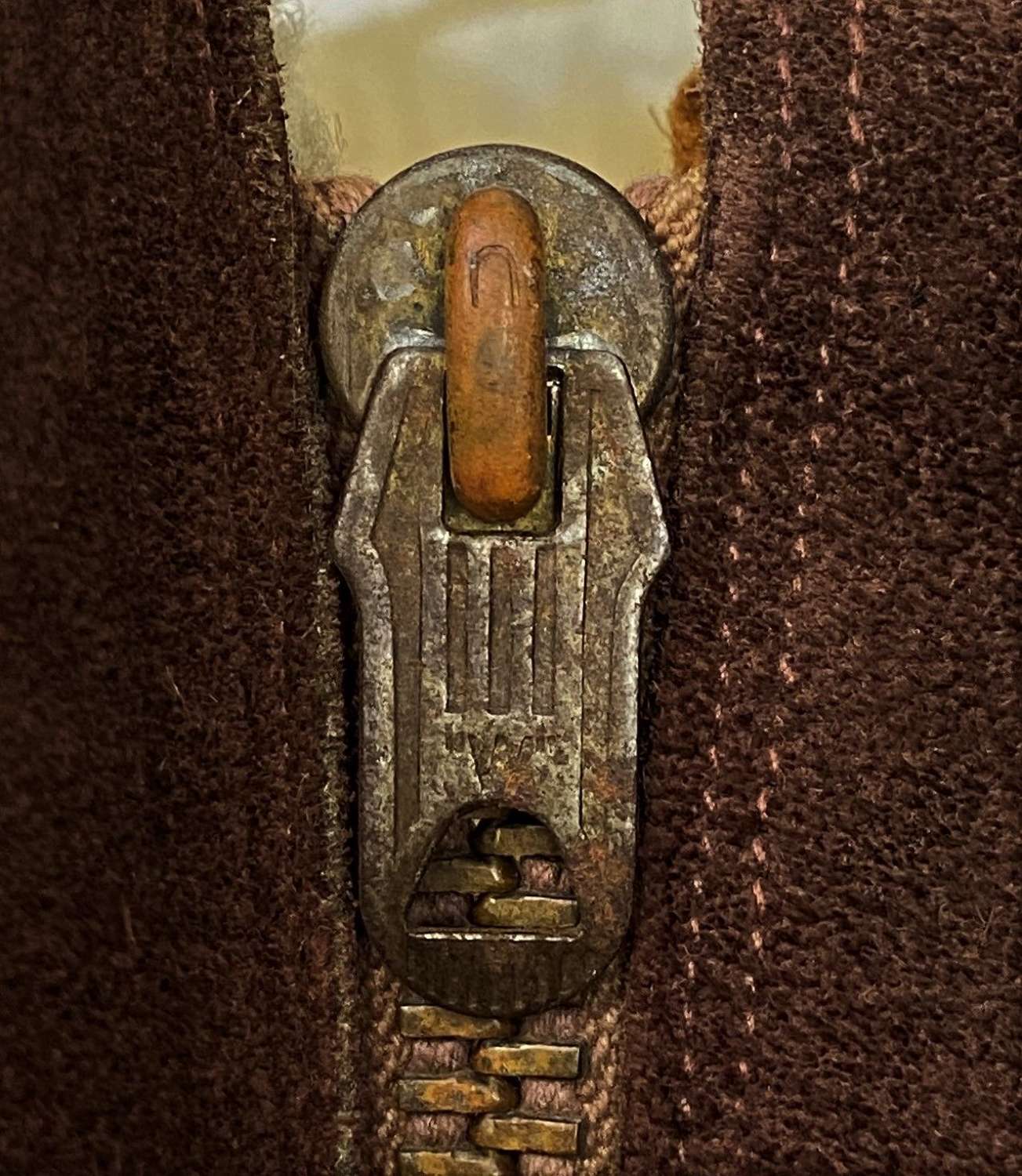 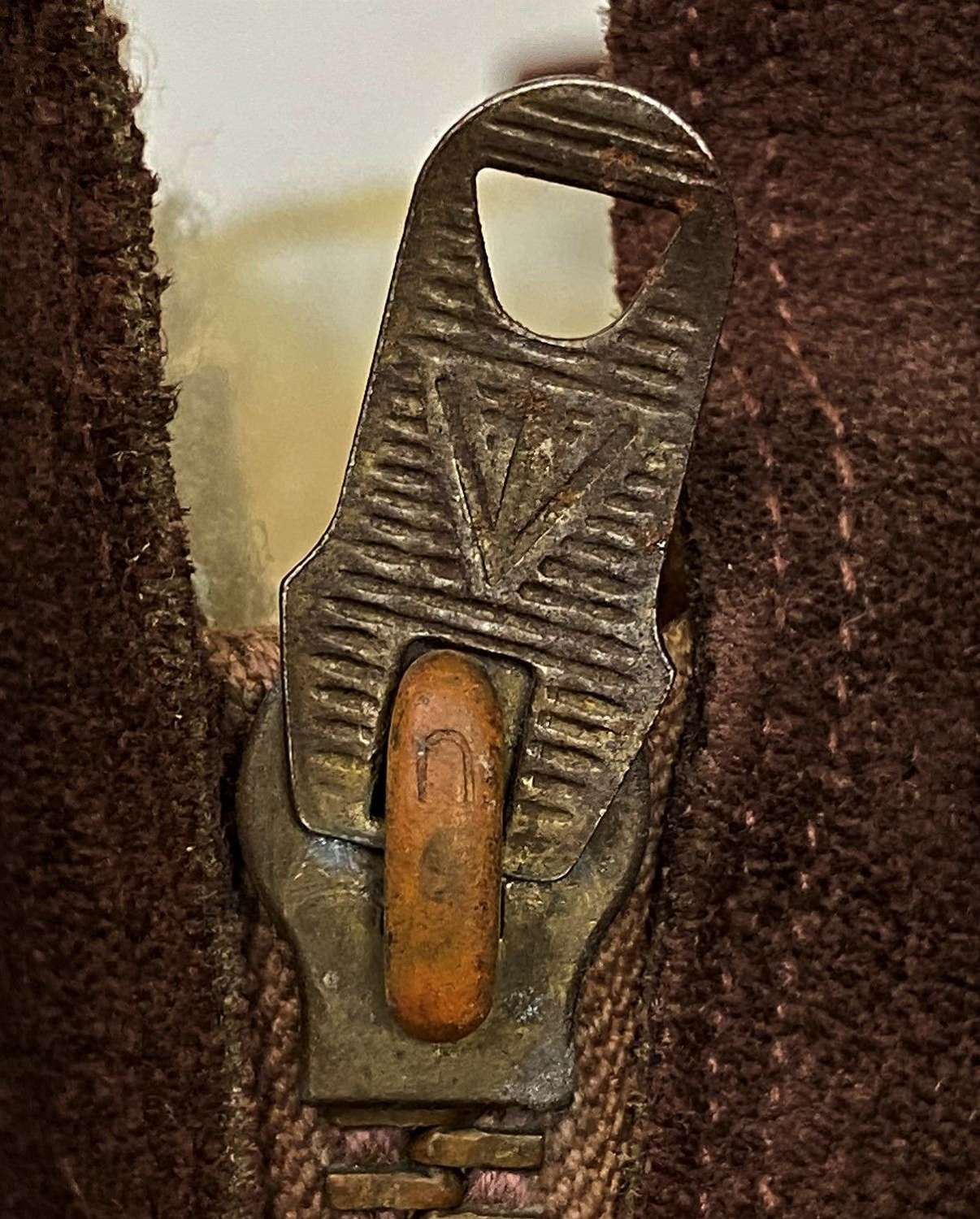 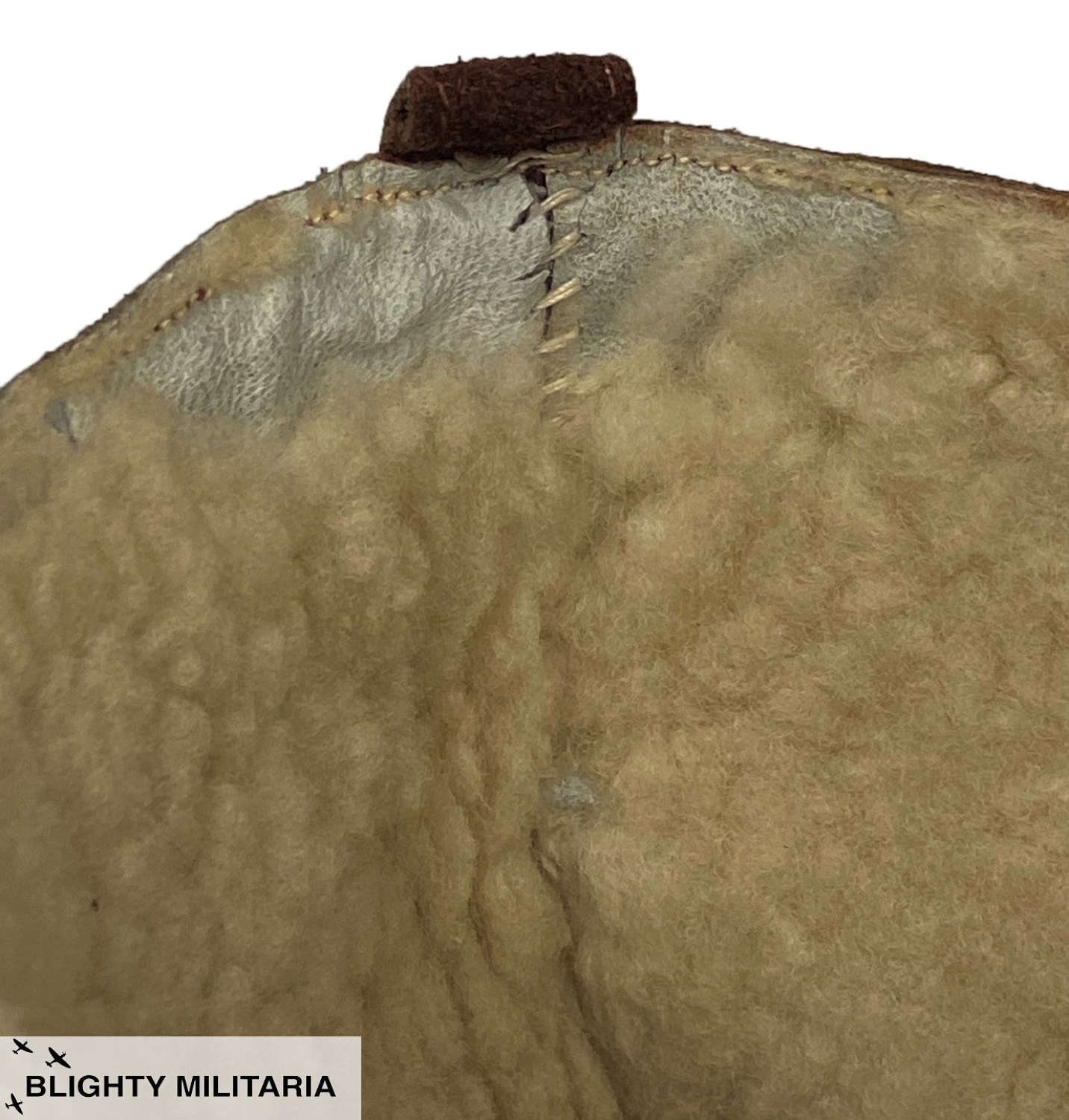 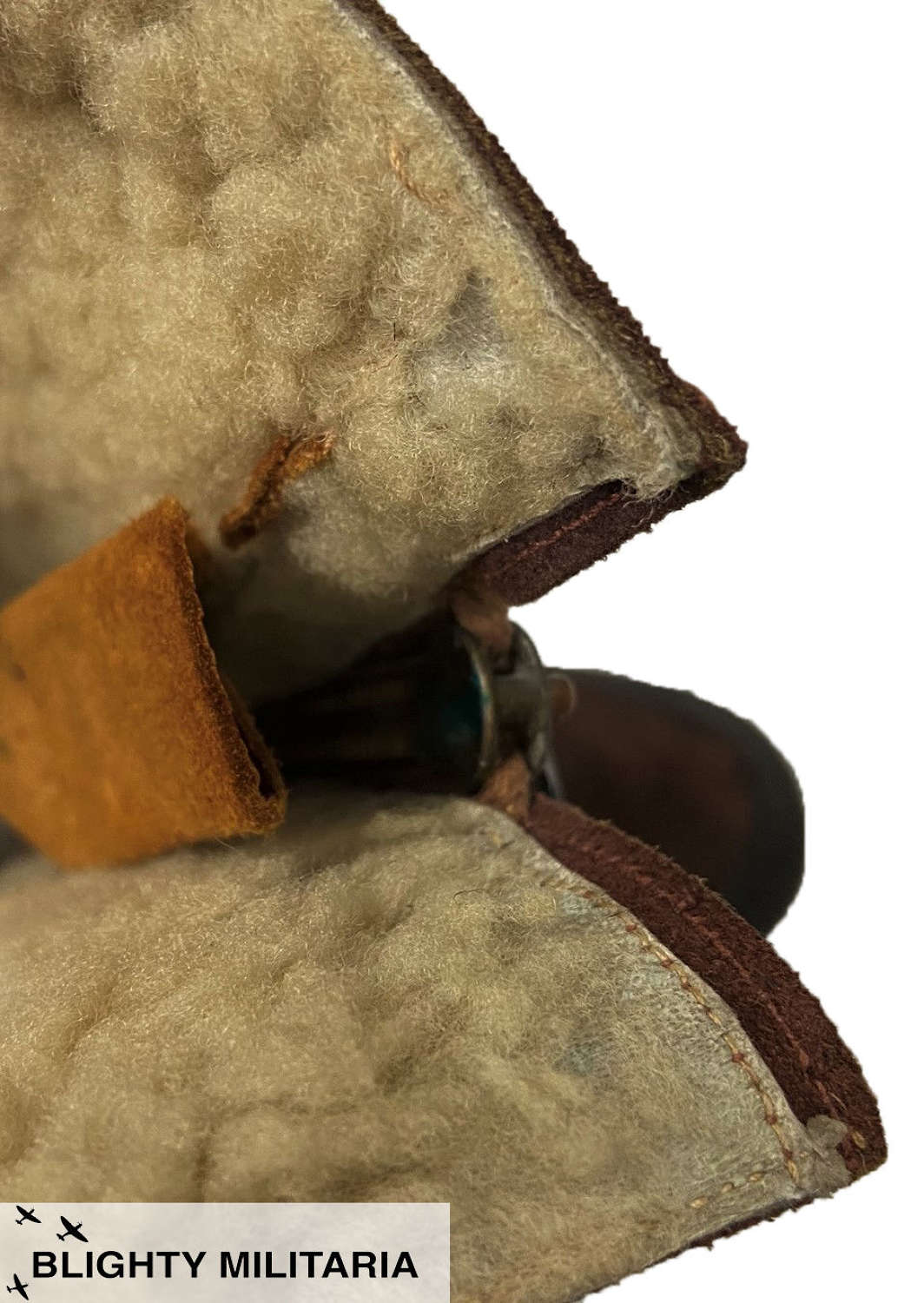 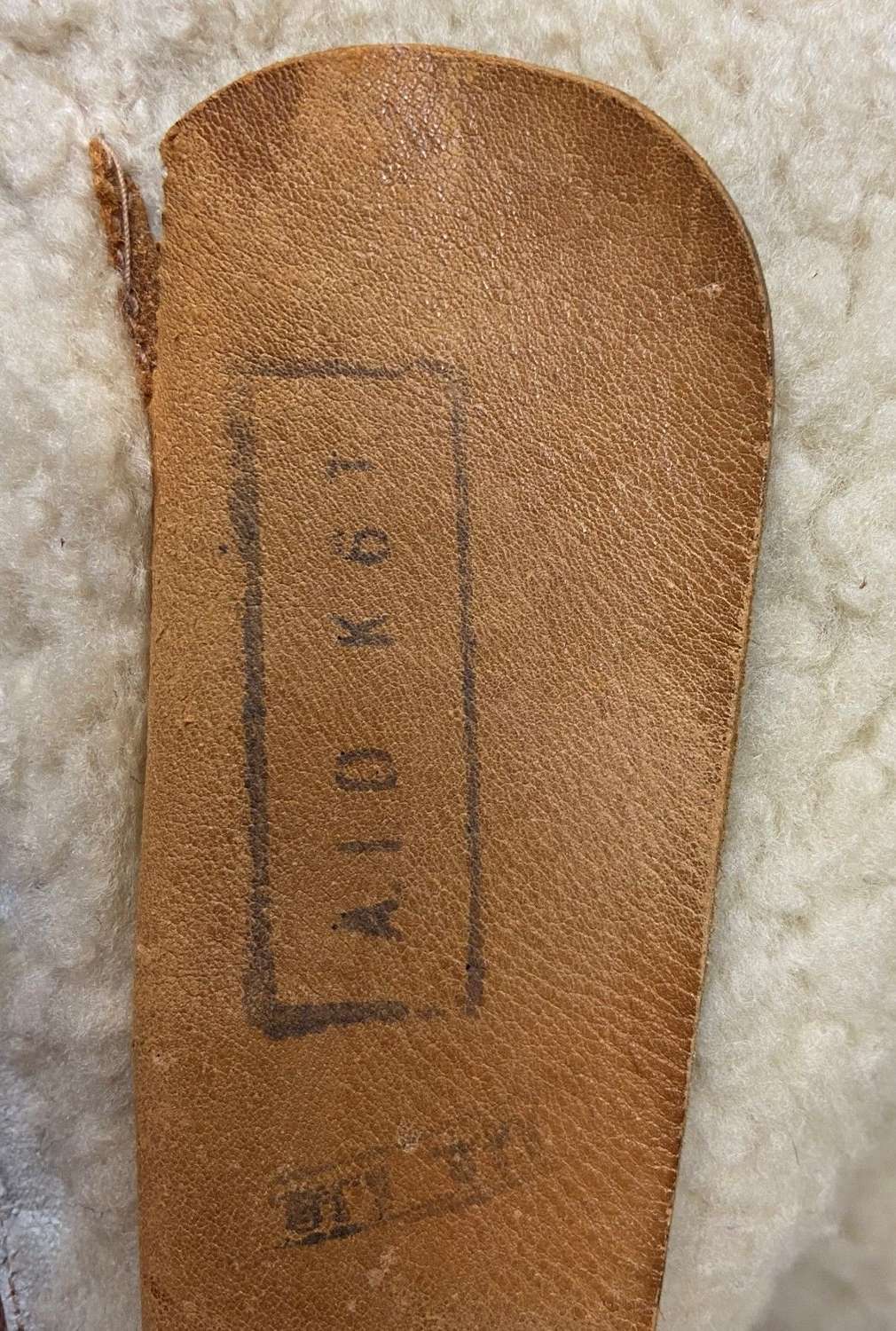 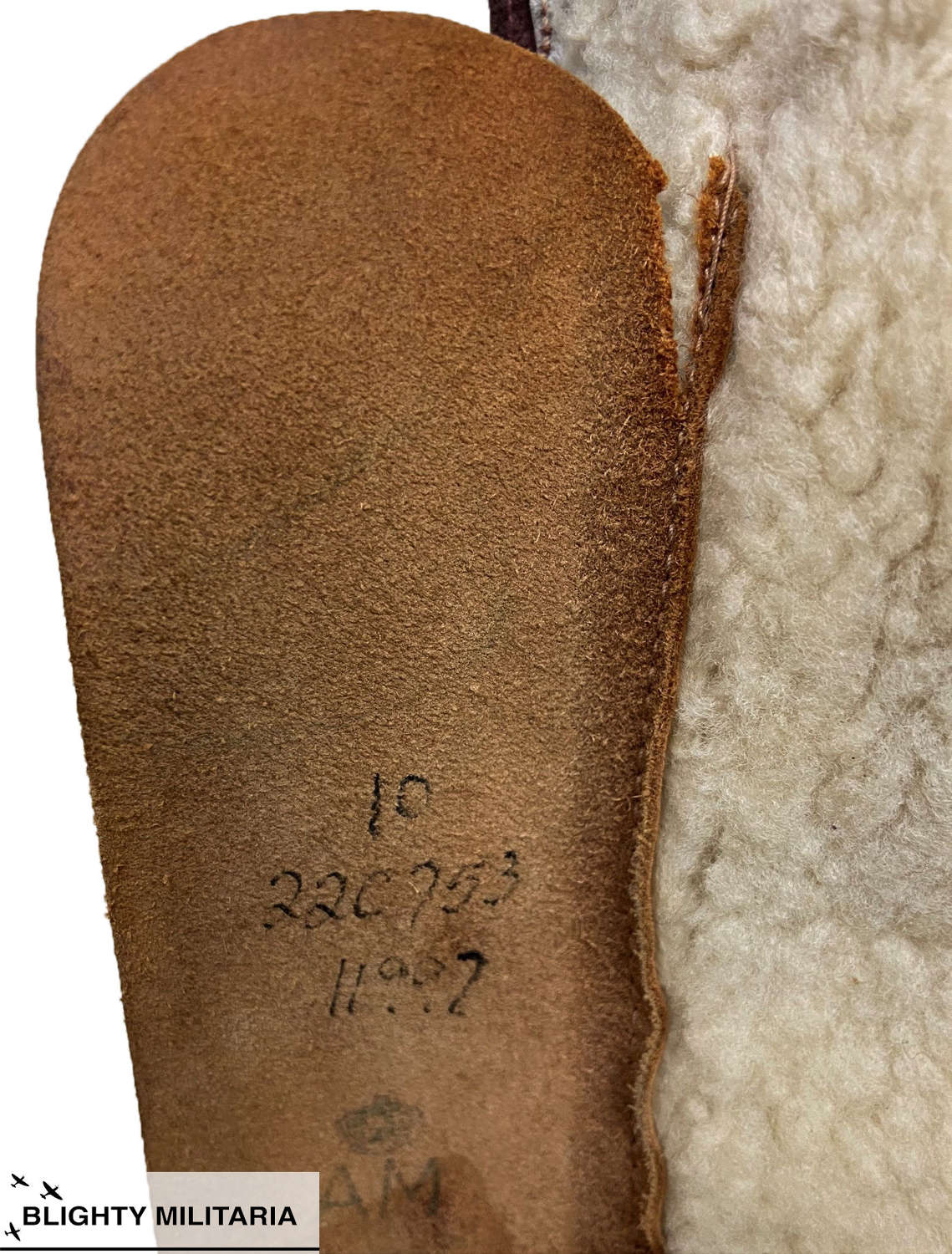 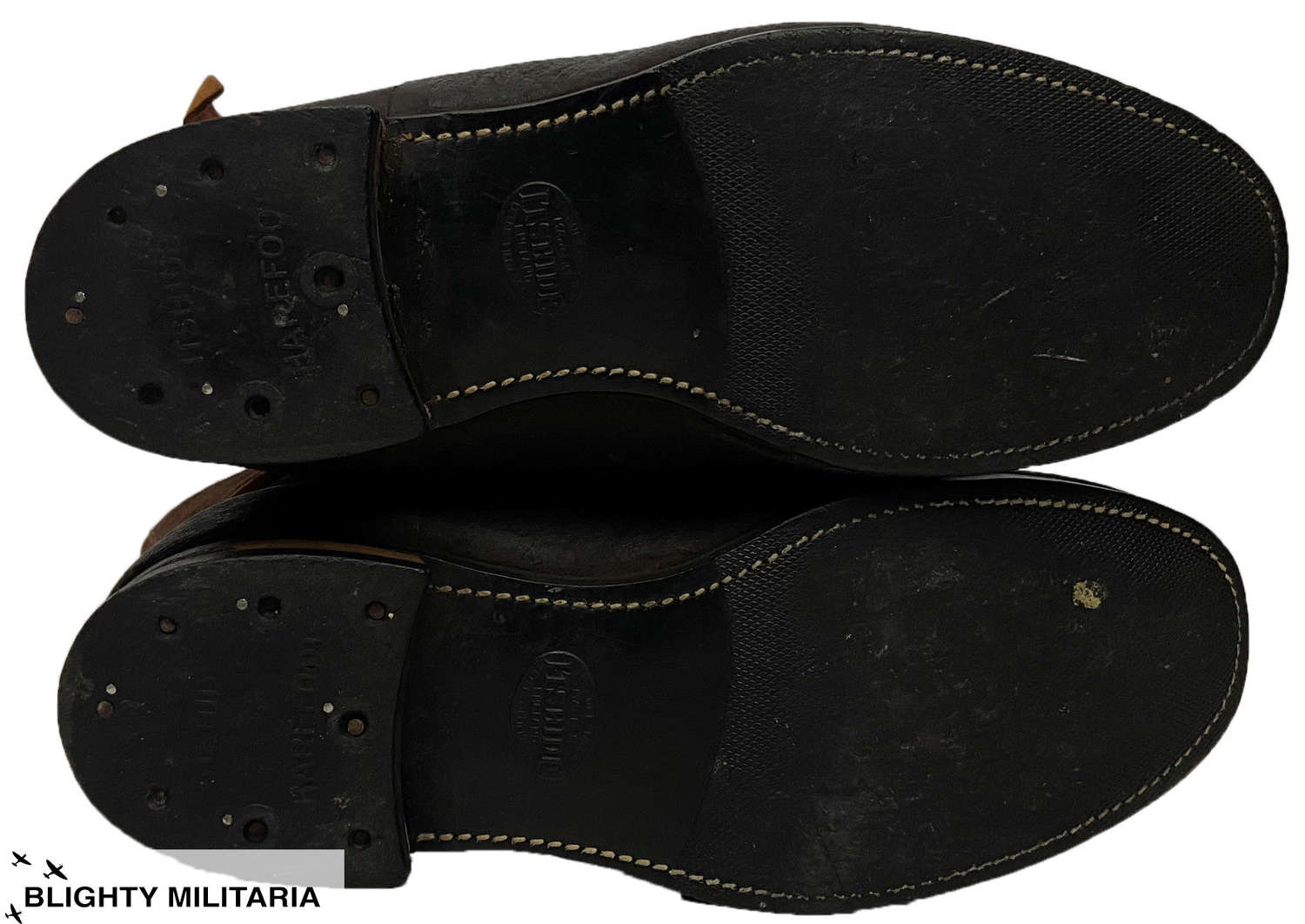 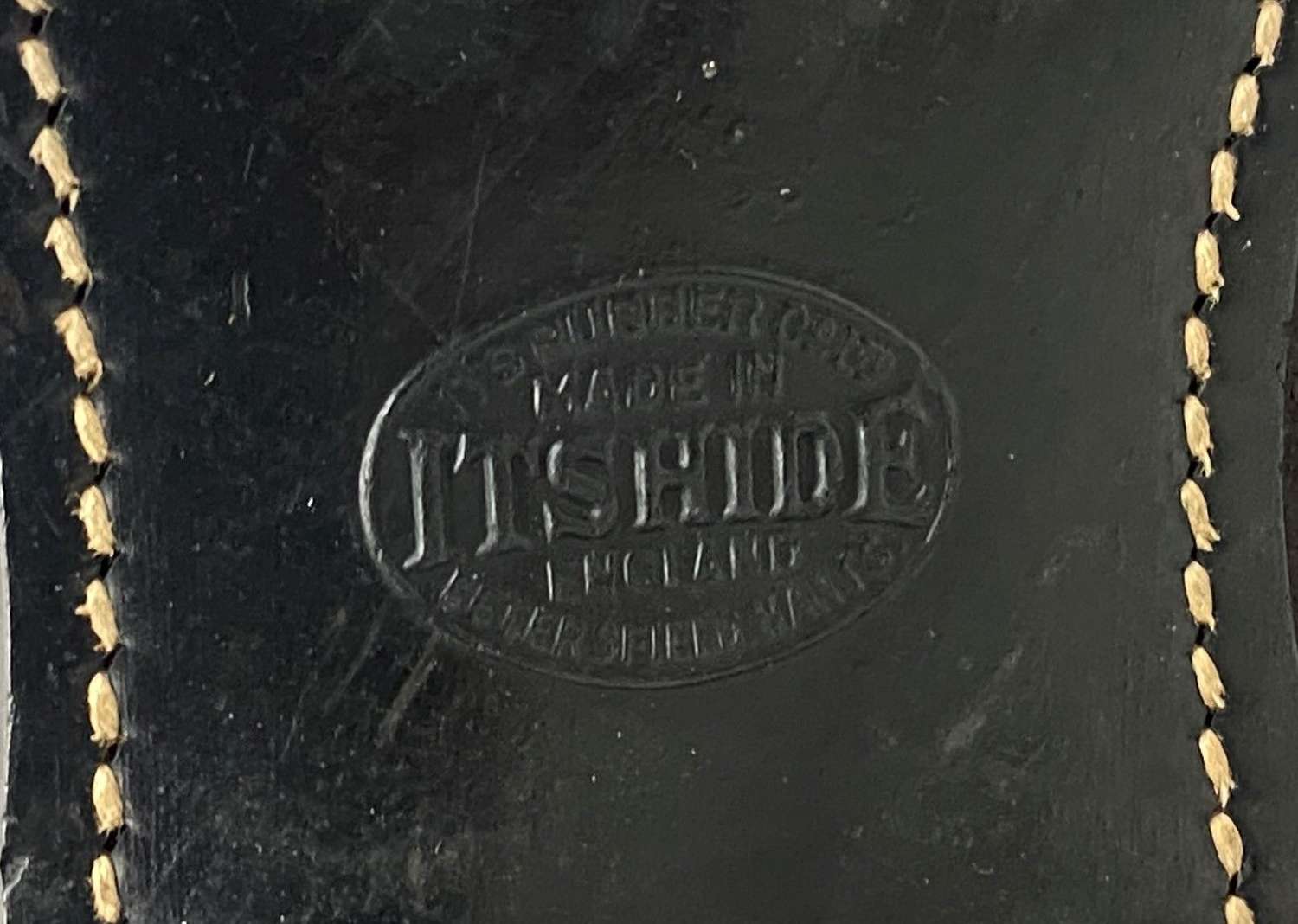 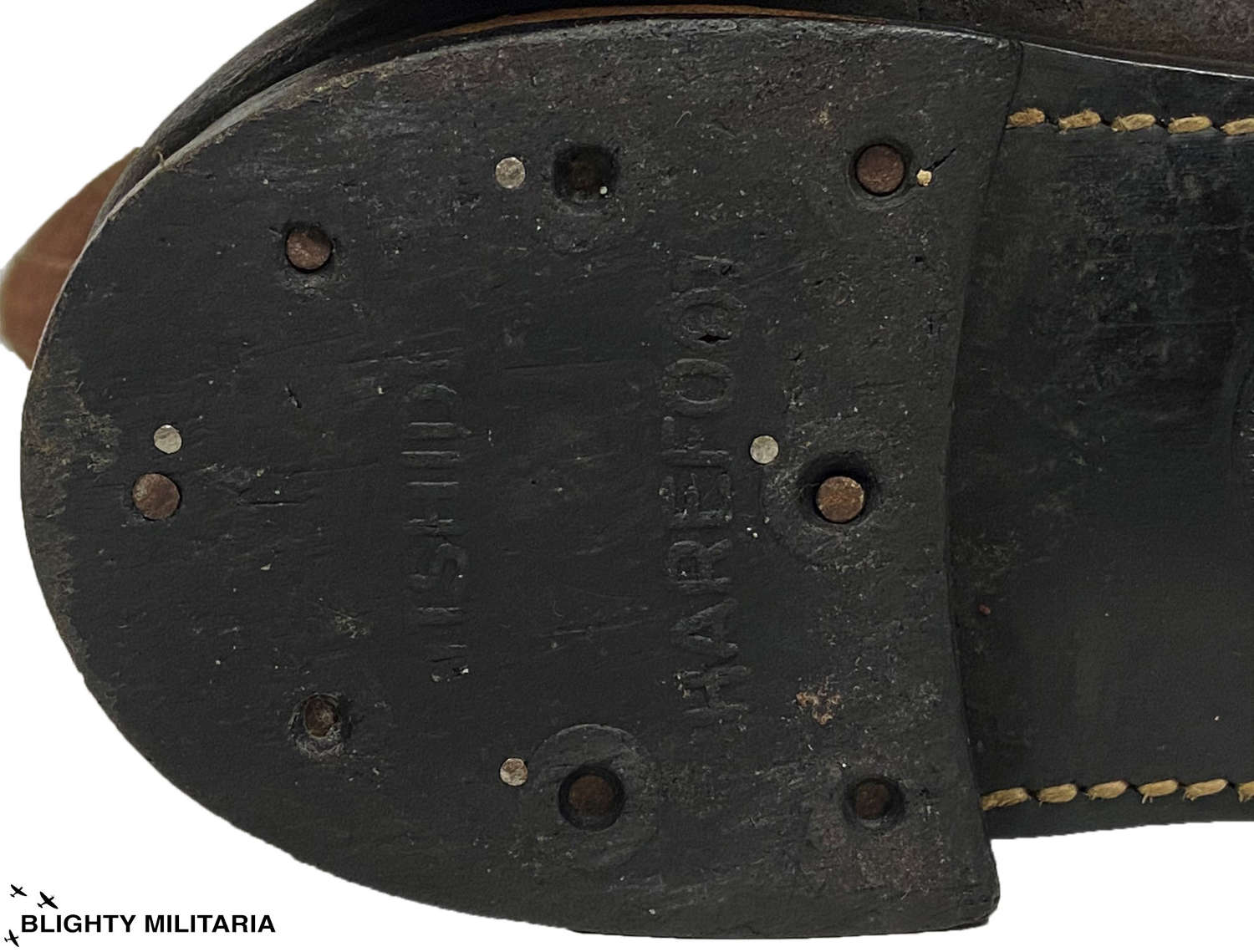