An original pair of WW2 British Army long wool socks which belonged to D. J. Lowe who served with the Royal Army Ordnance Corps in North Africa and Italy during the Second World War. He saw service with the 8th Army in North Africa before going to Italy with the 4th Division during 1944. They have been in a trunk since the war and are a guaranteed wartime item.

This pattern of socks was worn by officers with Khaki Drill shorts as well as breeches. They have been well worn and feature many period darns so clearly saw plenty of service during the war! The original label is no longer present but due to the provenance these are without a doubt wartime worn and issued socks.

A rare piece of Second World War uniform which would have seen action. 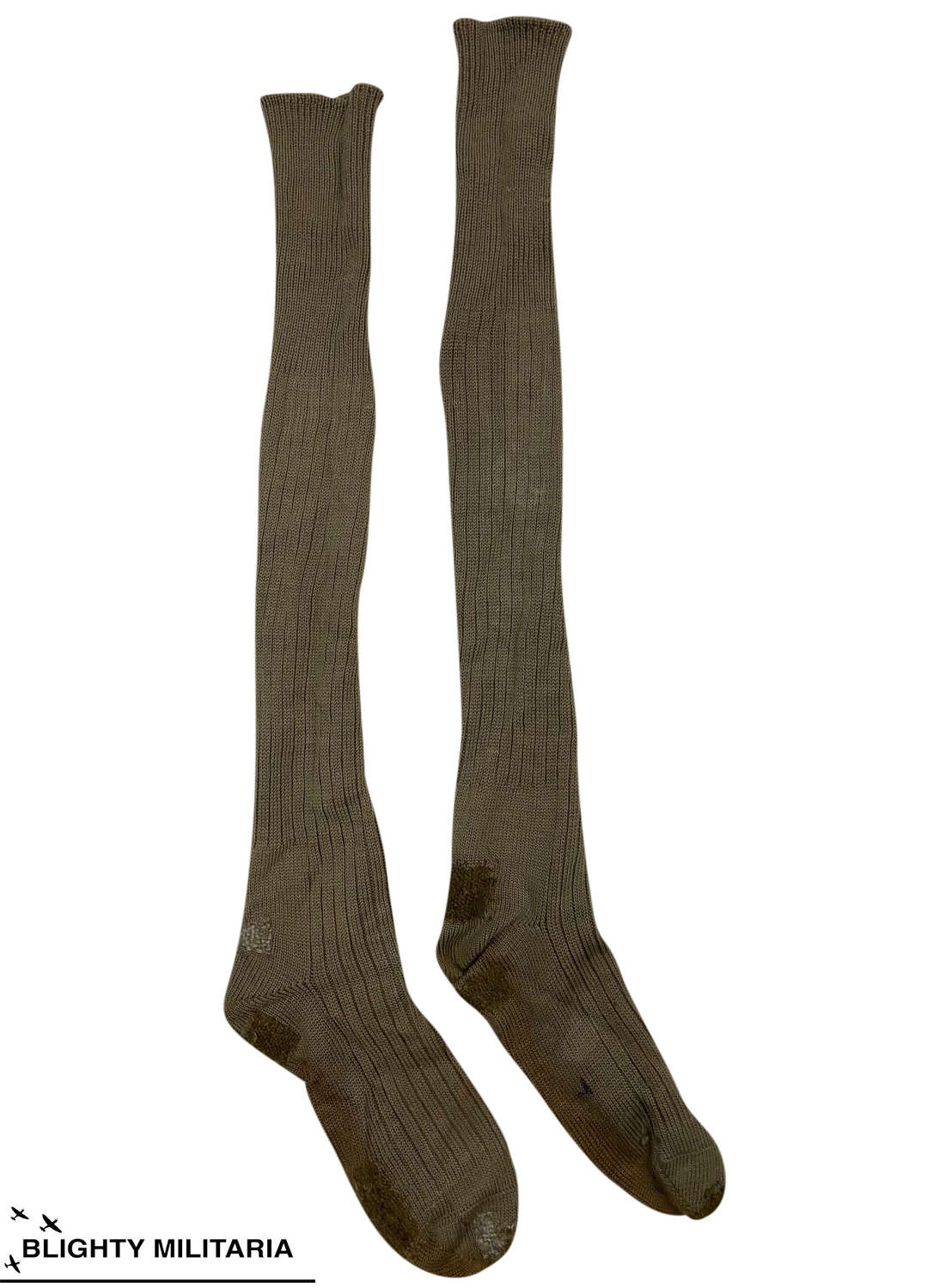 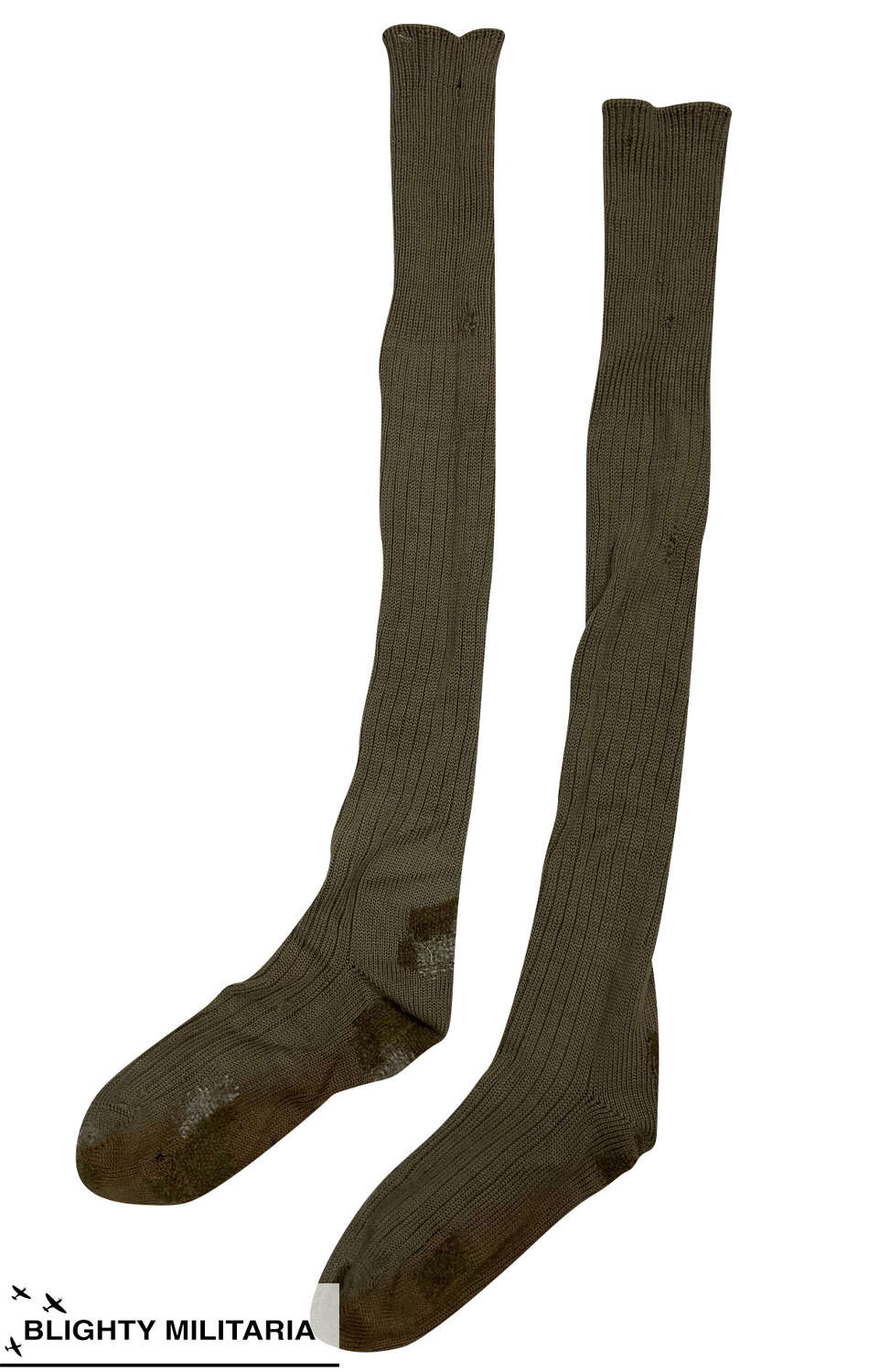