This pattern of boot was used for many years by the Royal Navy and were still being made in the 1990s, virtually unchanged from 50 years before. The classic design of these boots has led to them being very popular with re-enactors as well as for mannequins and are suitable for Home Guard, Royal Navy, RAF and other impressions.

The boots are made from black leather which has a pebble finish. Seven black painted metal eyelets fasten the boots with laces and the soles and heels are leather. Metal toe protectors and metal 'Blakey' heels are also present to the underside of the boots. The size of 10 is also marked.

The boots are in good condition and look to be very wearable. Please bear in mind that these are vintage, pre-owned boots however and may have small issues commensurate with age.

A nice pair of classic British military boots which could suit a re-enactor or mannequin well. 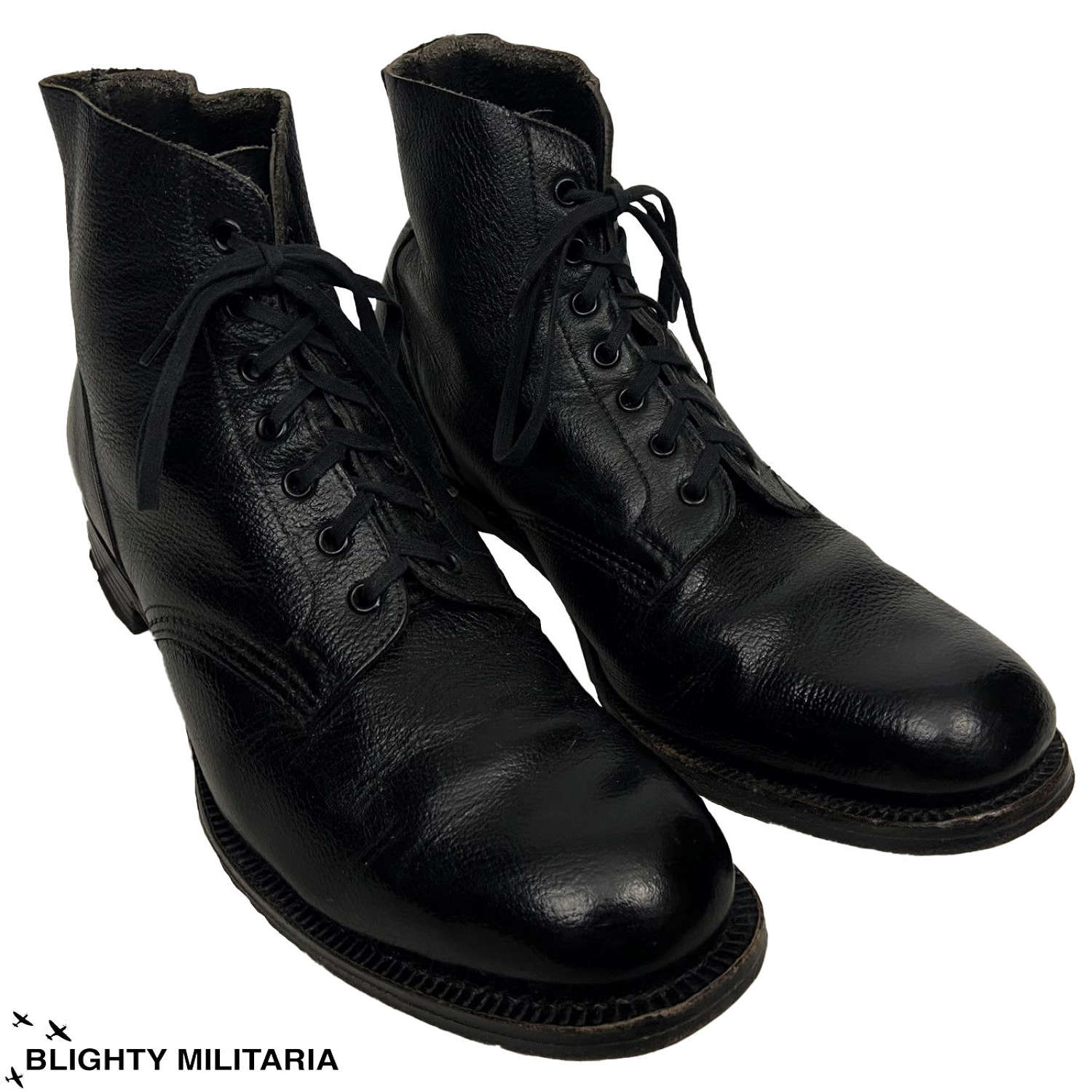 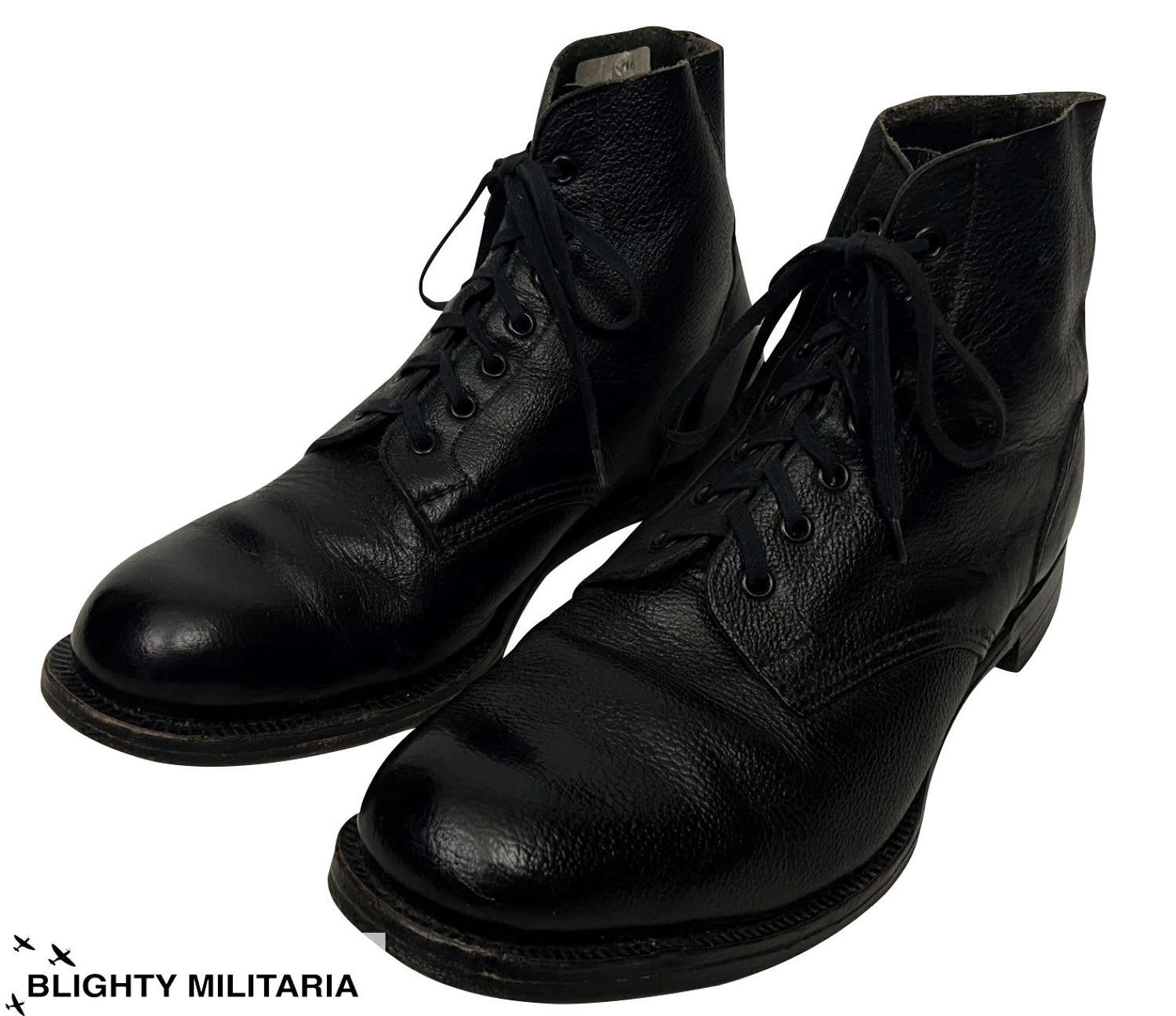 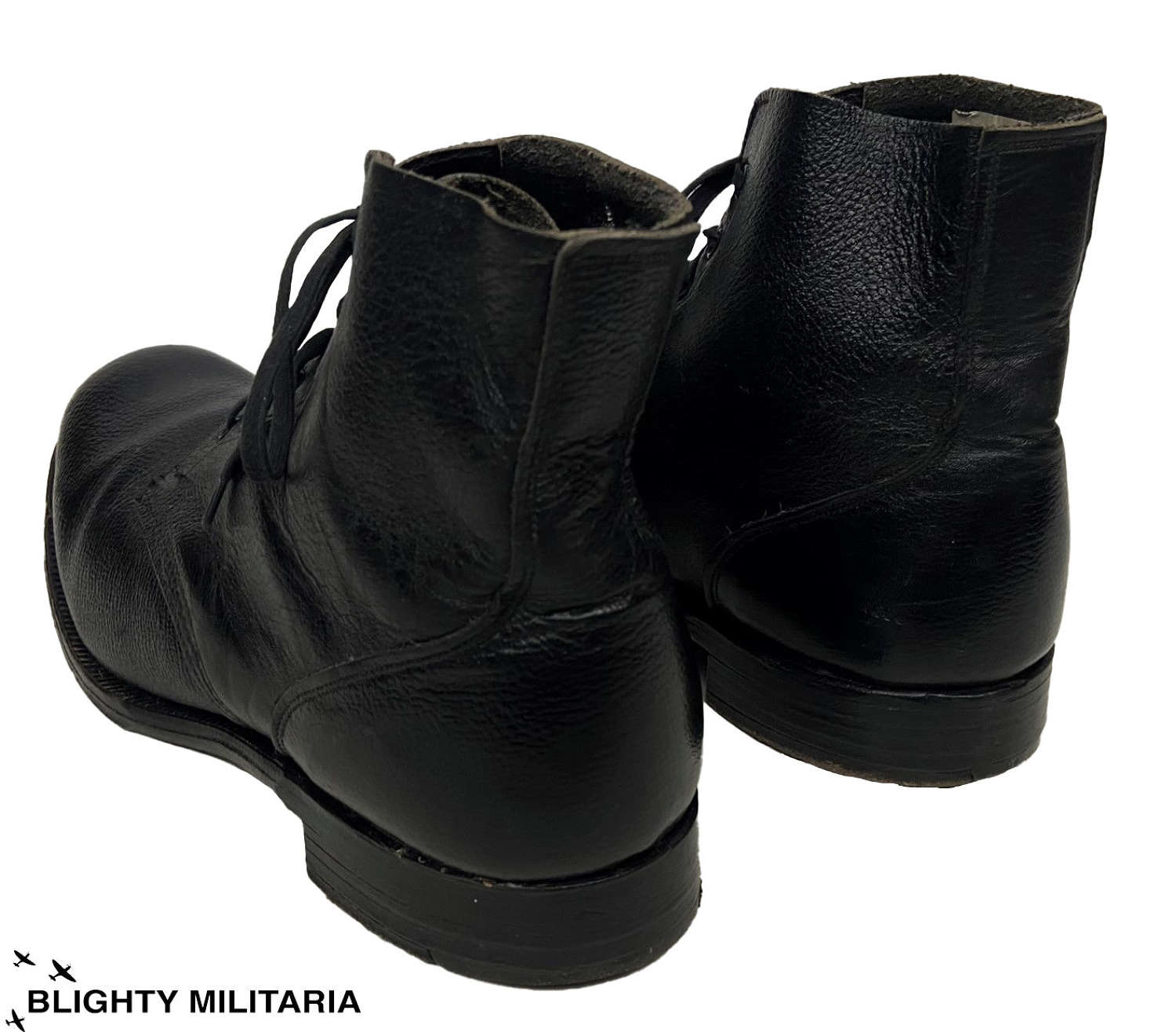 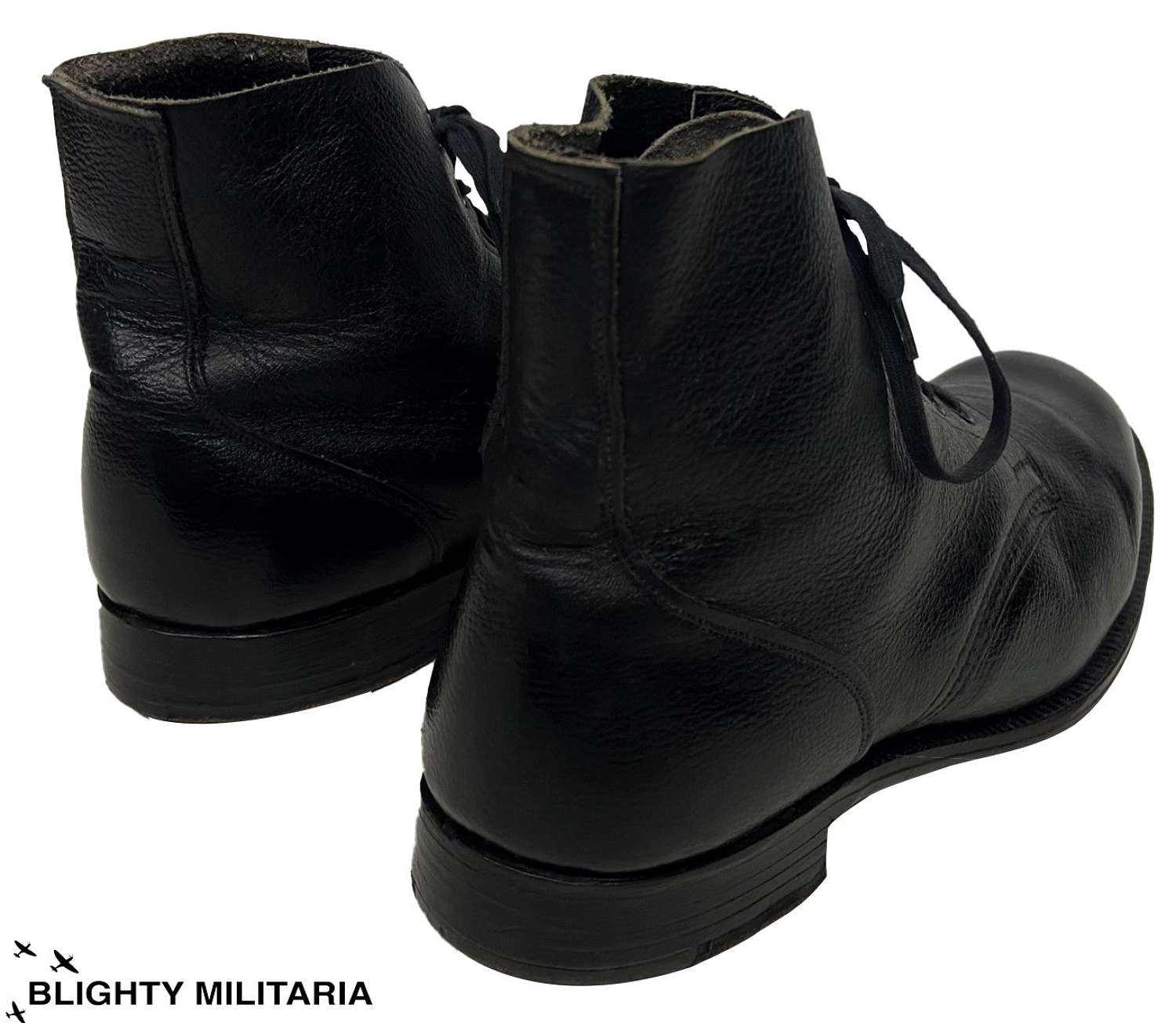 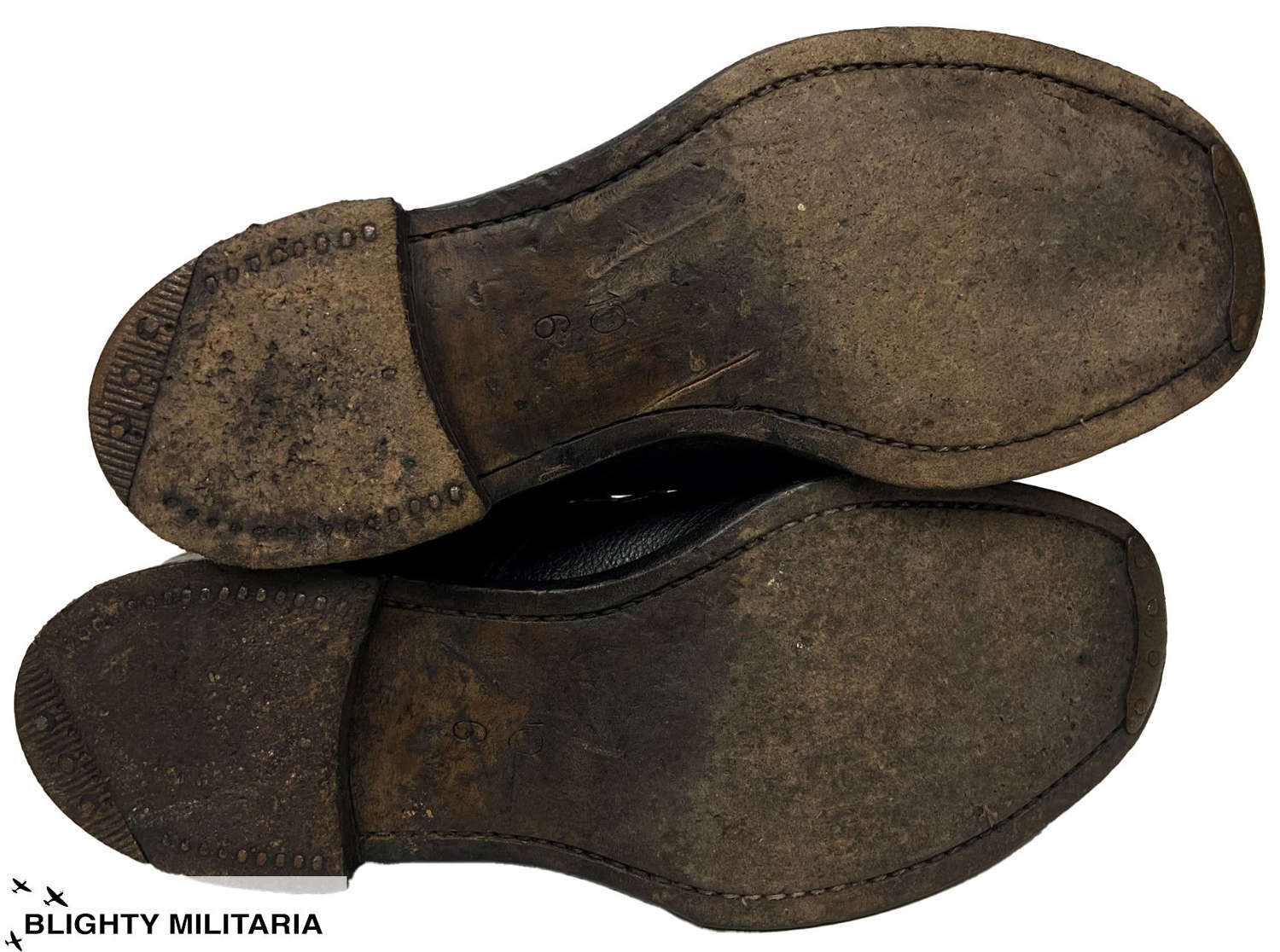 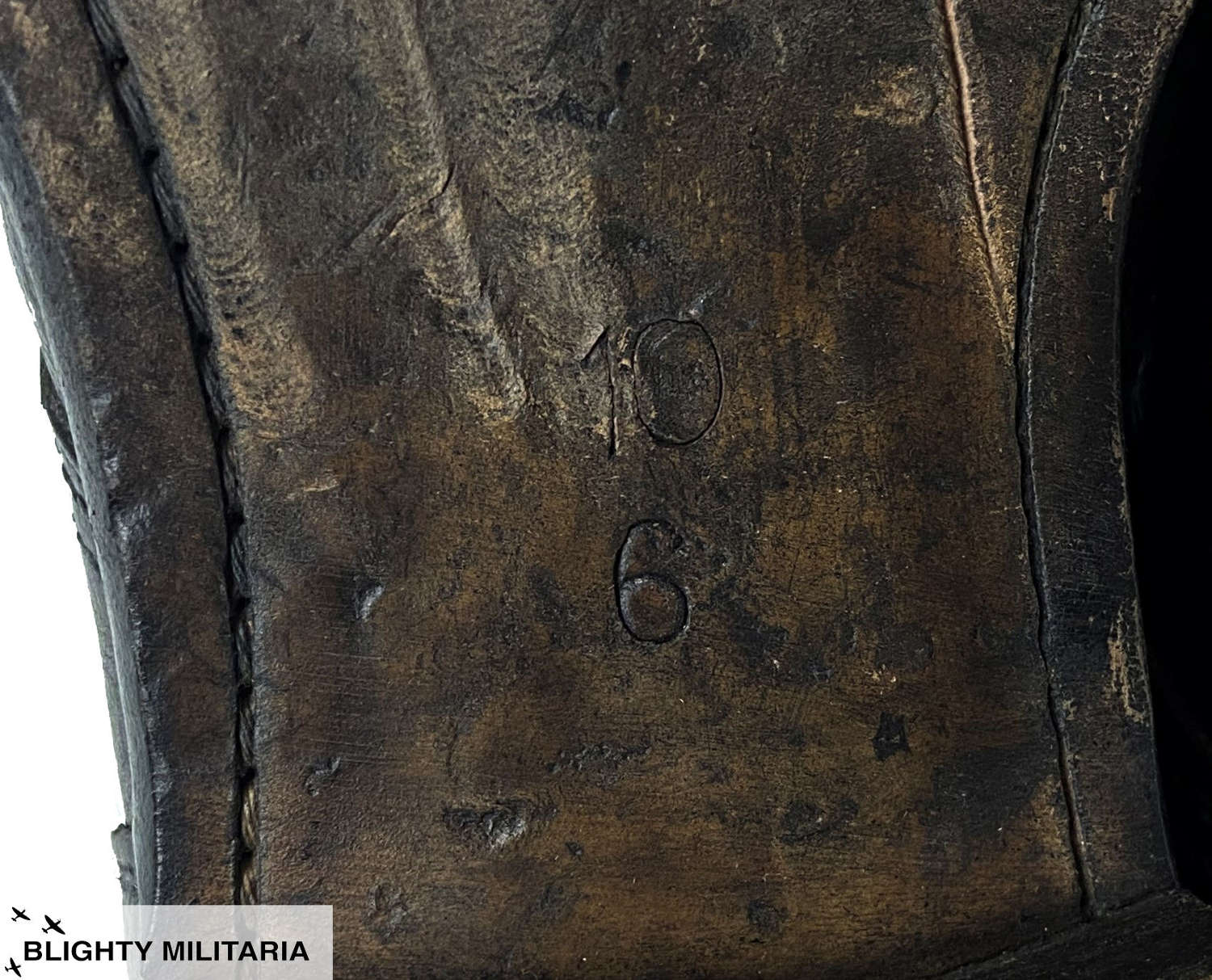 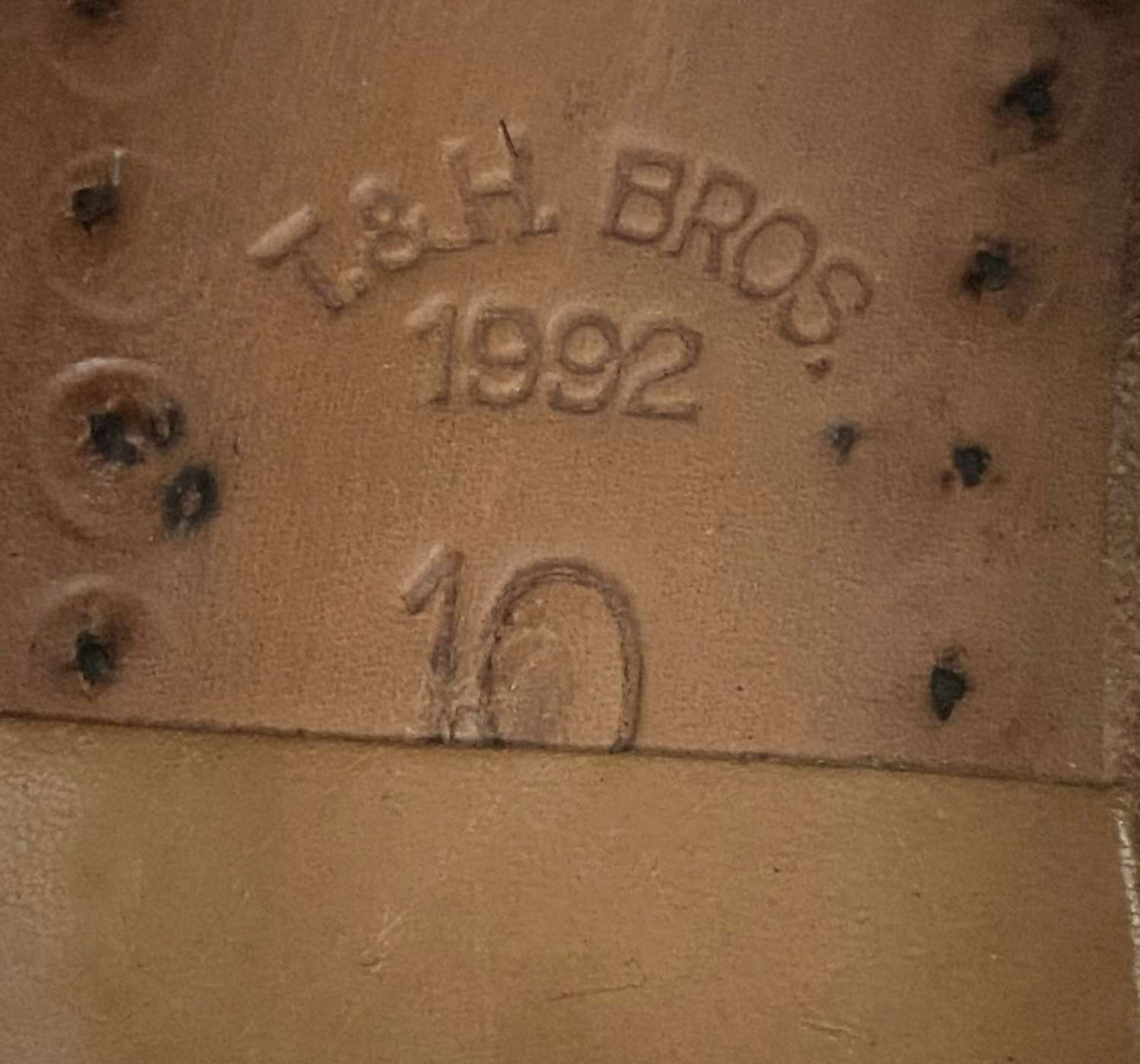