An original British Policeman's cape dating from the 1950s and in excellent condition.

This pattern of cape was used in wet weather by policemen all over the UK. They were a common sight during the mid Century period and created a classic silhouette which is synonymous with British crime films of the period.

The cape is made from a black coloured heavy wool and features a stand and fall collar which fastens with a large brass hook and eye. The front fastens with buttons which are covered with a fly front and a black painted brass chain connects two black painted brass lion heads. White metal collar badges are fitted to the collar and denote the local force.

Inside the cape there is evidence of where the original label was previously attached although it is no longer present. This style of label was used by 'J. Compton, Sons & Webb' which may have been the original maker.

The cape is in very good condition with only very limited signs of wear and age. Overall it displays very well and is very wearable.

A nice original cape from the mid Century period which is in excellent condition. 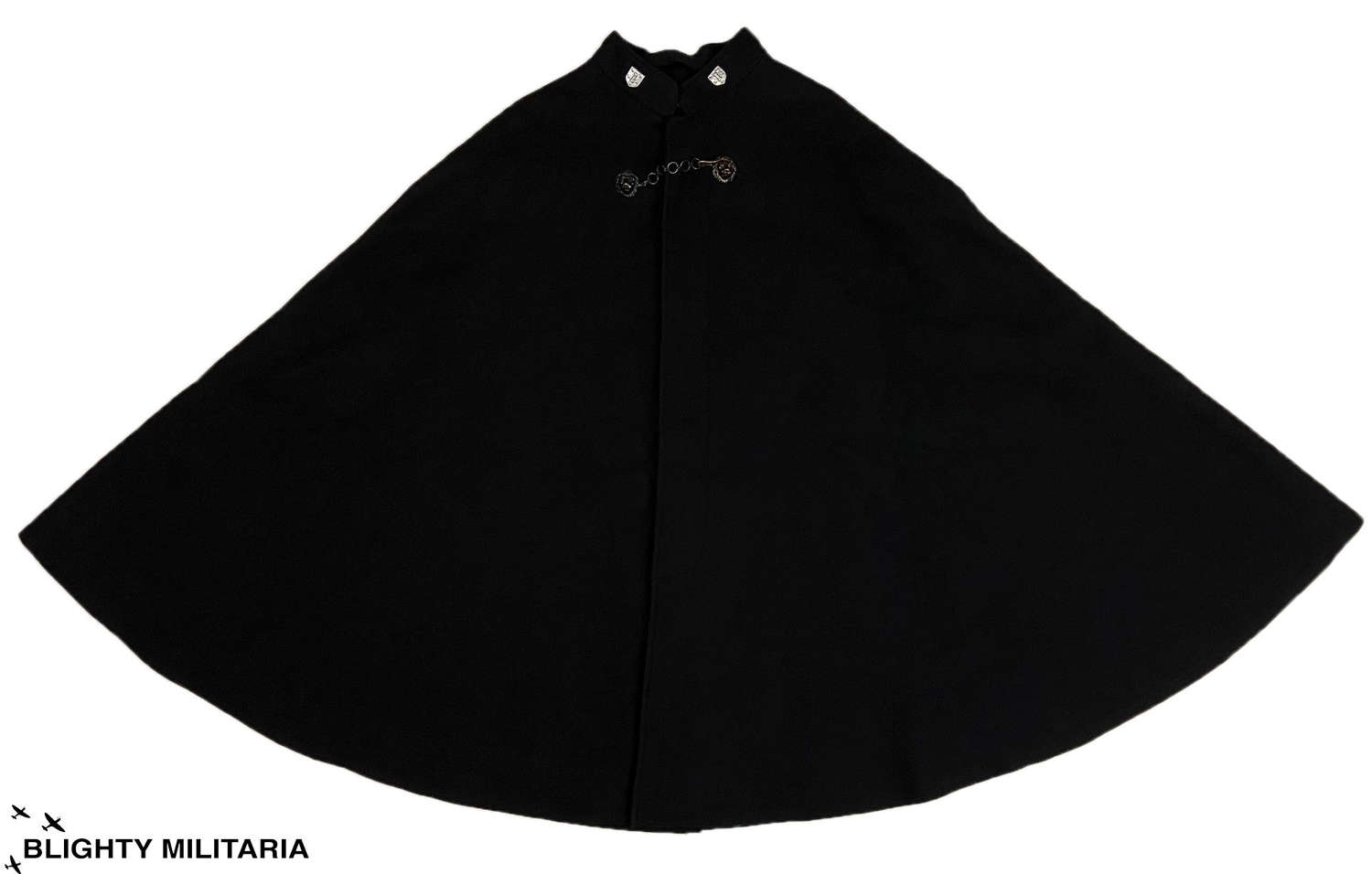 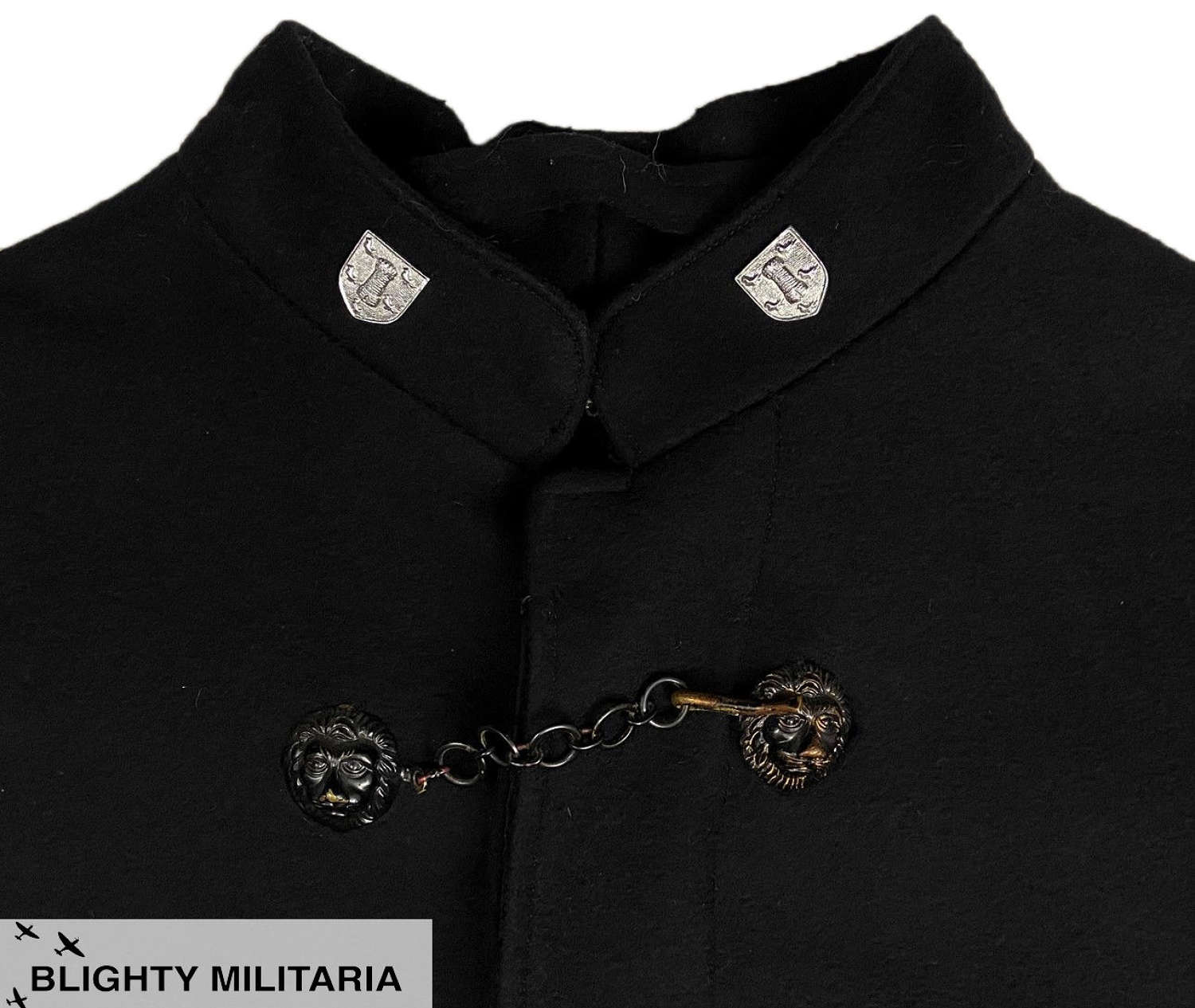 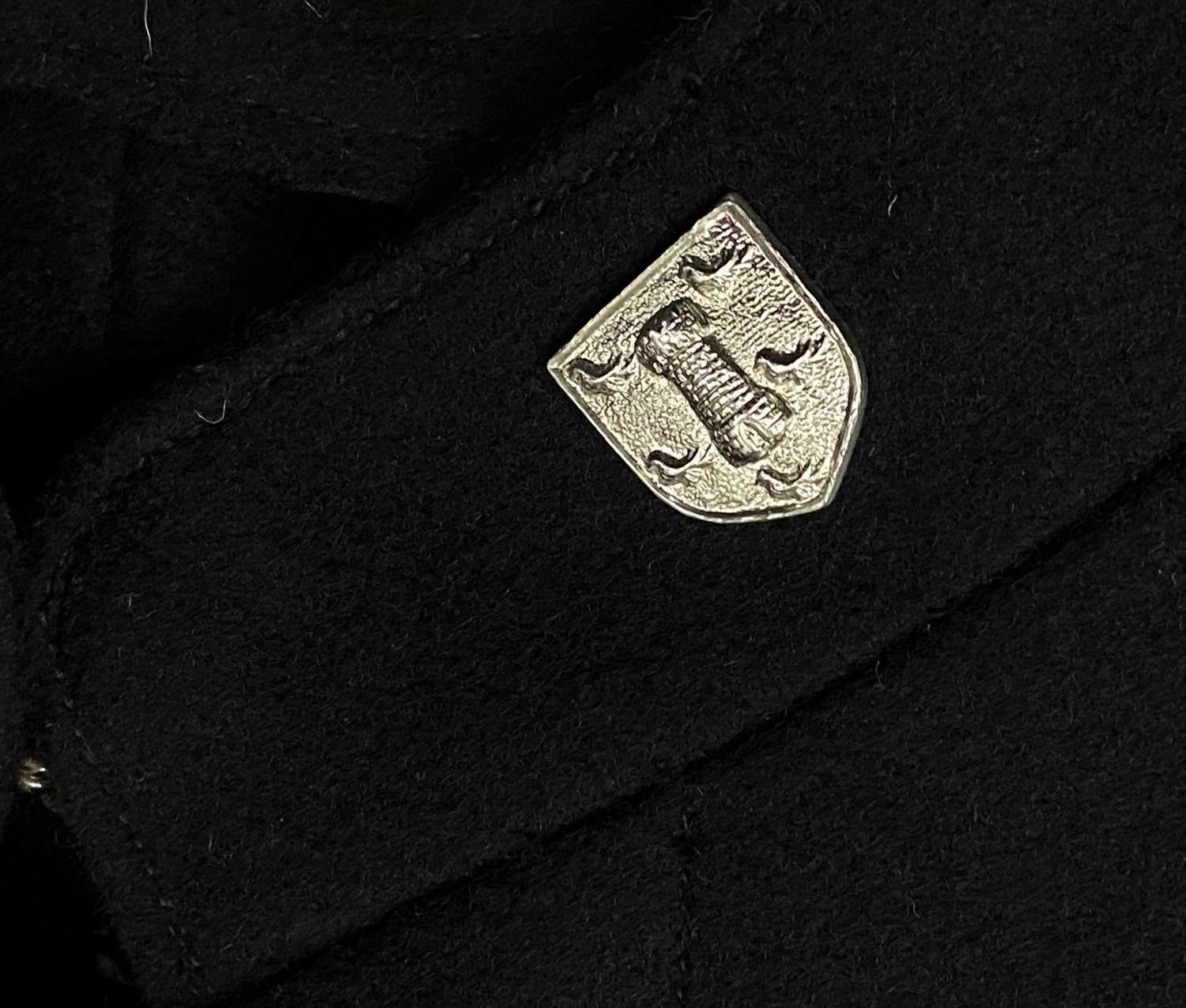 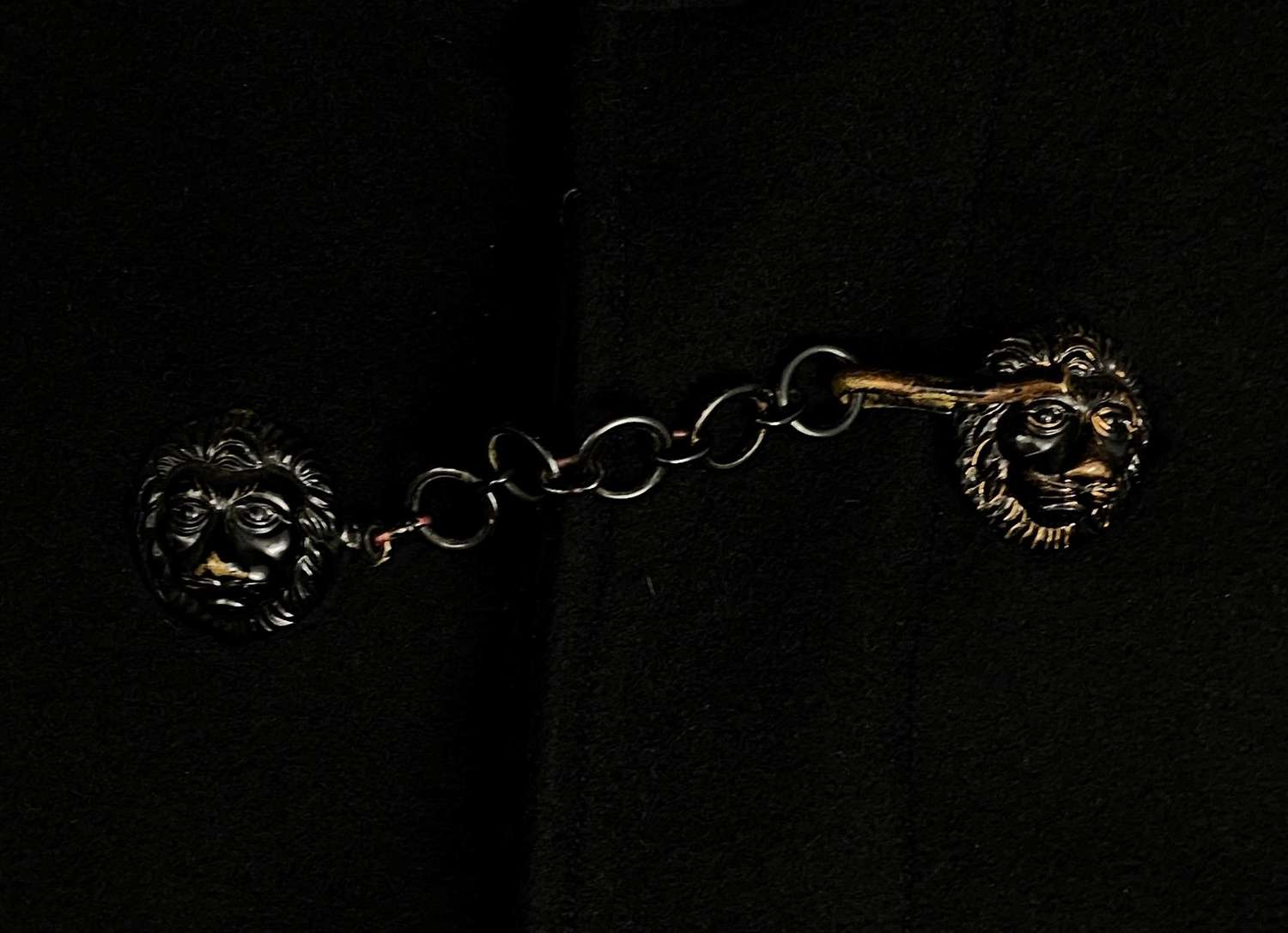 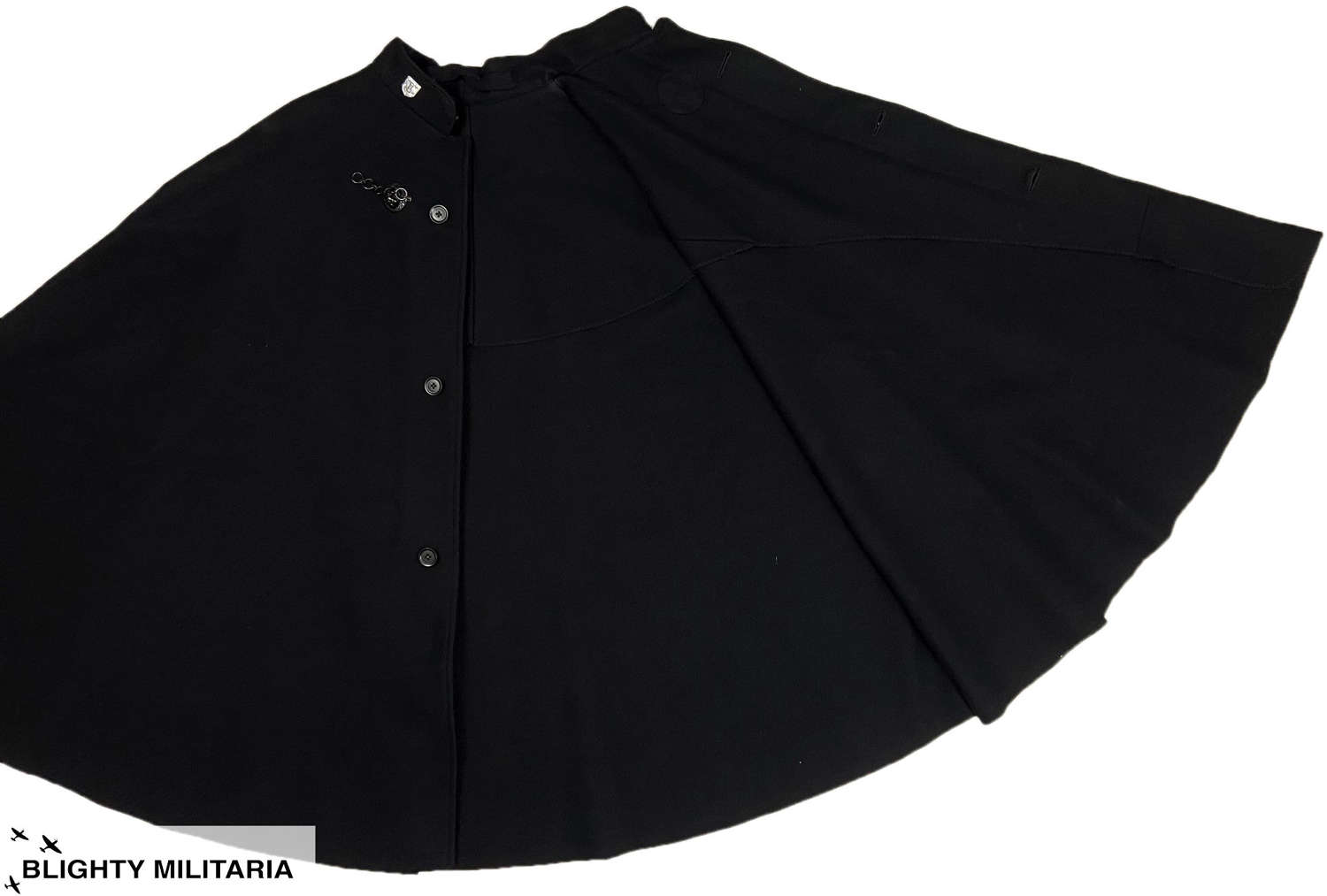 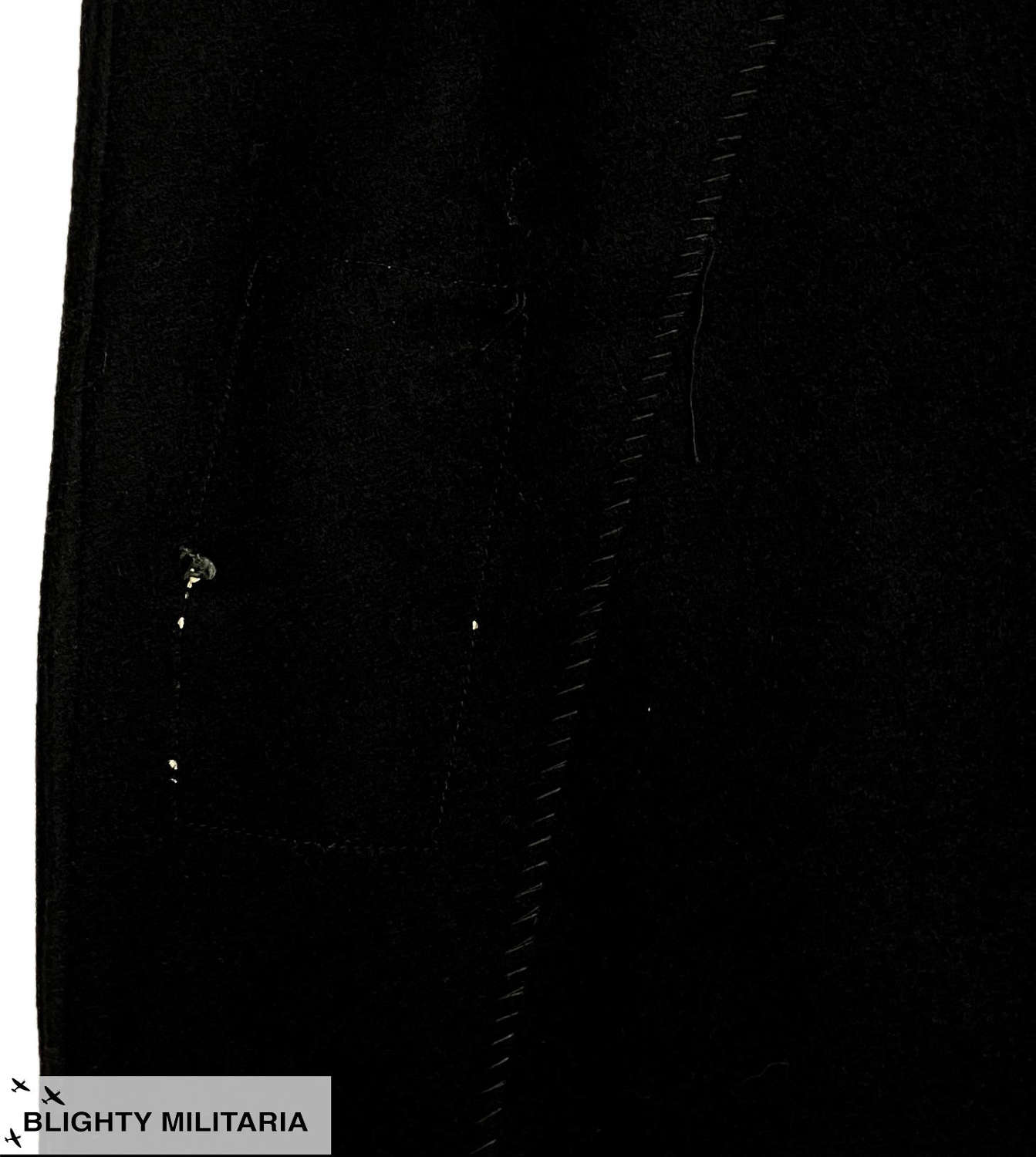 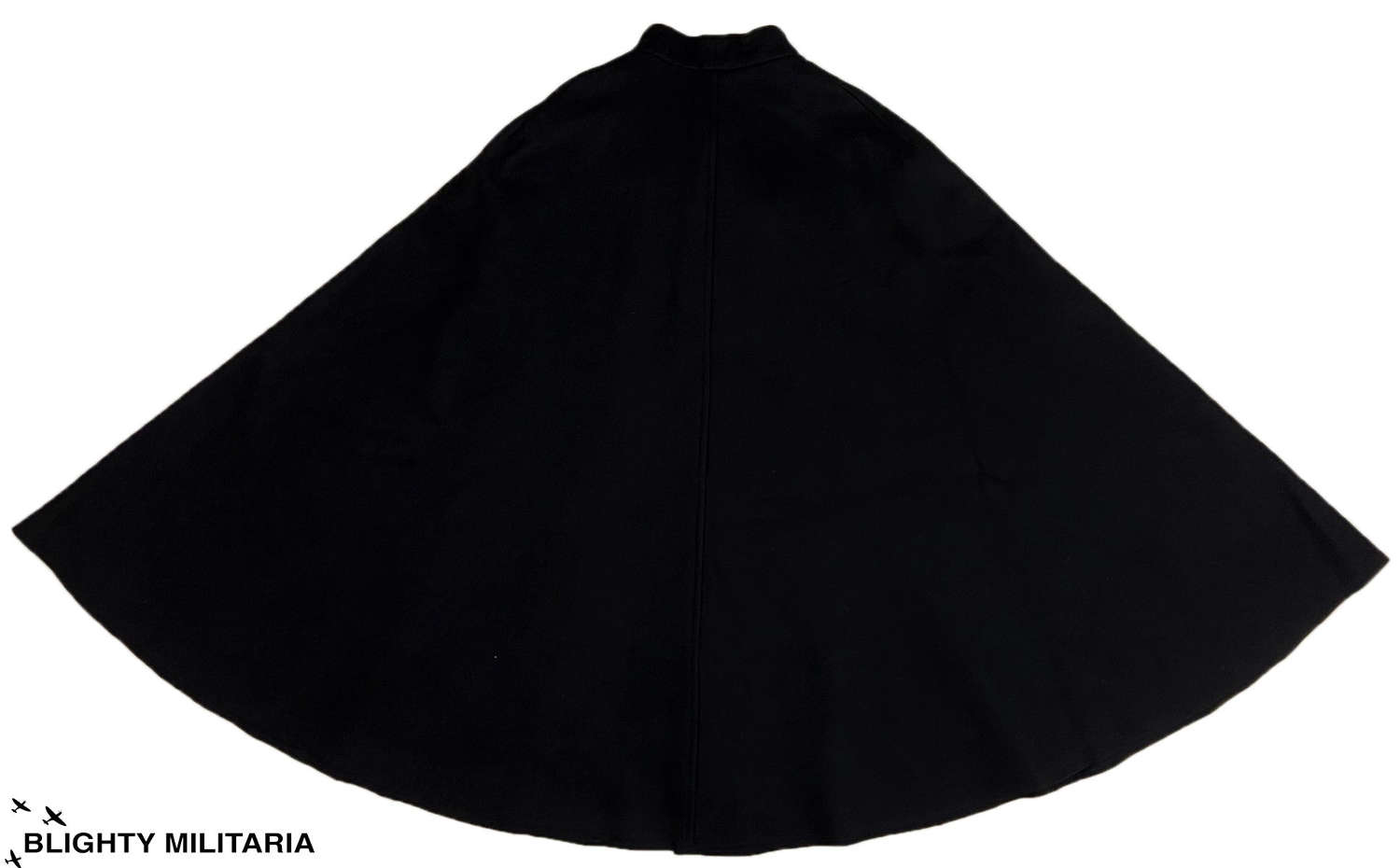