A scarce pair of original private purchase RAF goggles made by 'Retlaw' in the inter-war period.

This pattern of goggles is similar to those produced by many other firms in the inter-war period. This style first appeared in 1916 and were advertised as 'featherweight' due to them being a much lighter weight than the goggle mask. This style stayed in use throughout the inter-war period and was still manufactured in a similar form during the Second World War as MT goggles. Whilst the MK II goggles were much more prolific in the 1930s, there are plenty of period photographs showing this style of goggles with simple elastic strap was also used.

The goggles feature chromium plated frames giving them a much higher quality feel and look to those made by other manufacturers. Light grey coloured stockinette sides are finished with a grey coloured fur trim. A black elastic strap is also present and features two metal adjusters.

The goggles come complete with their original box which is in reasonable condition for its age although the end flaps are missing. A graphic depicting a pair of goggles is present to both sides as are the words 'Air Force' pattern which suggest these were specifically sold to airmen rather than motorists. The brand name of 'Retlaw' is also present.

A nice pair of goggles which would make a good addition to any inter-war or early war collection. 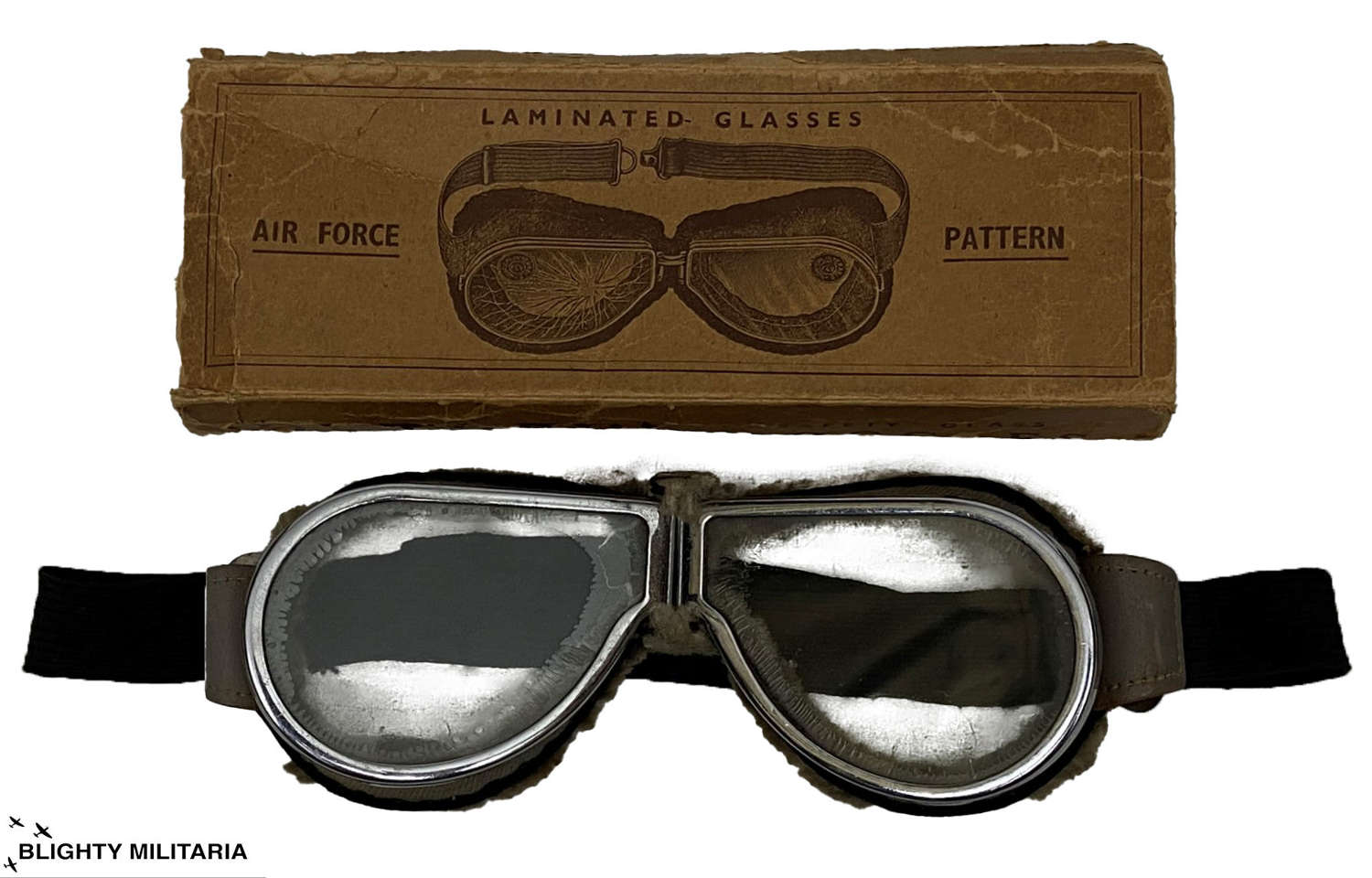 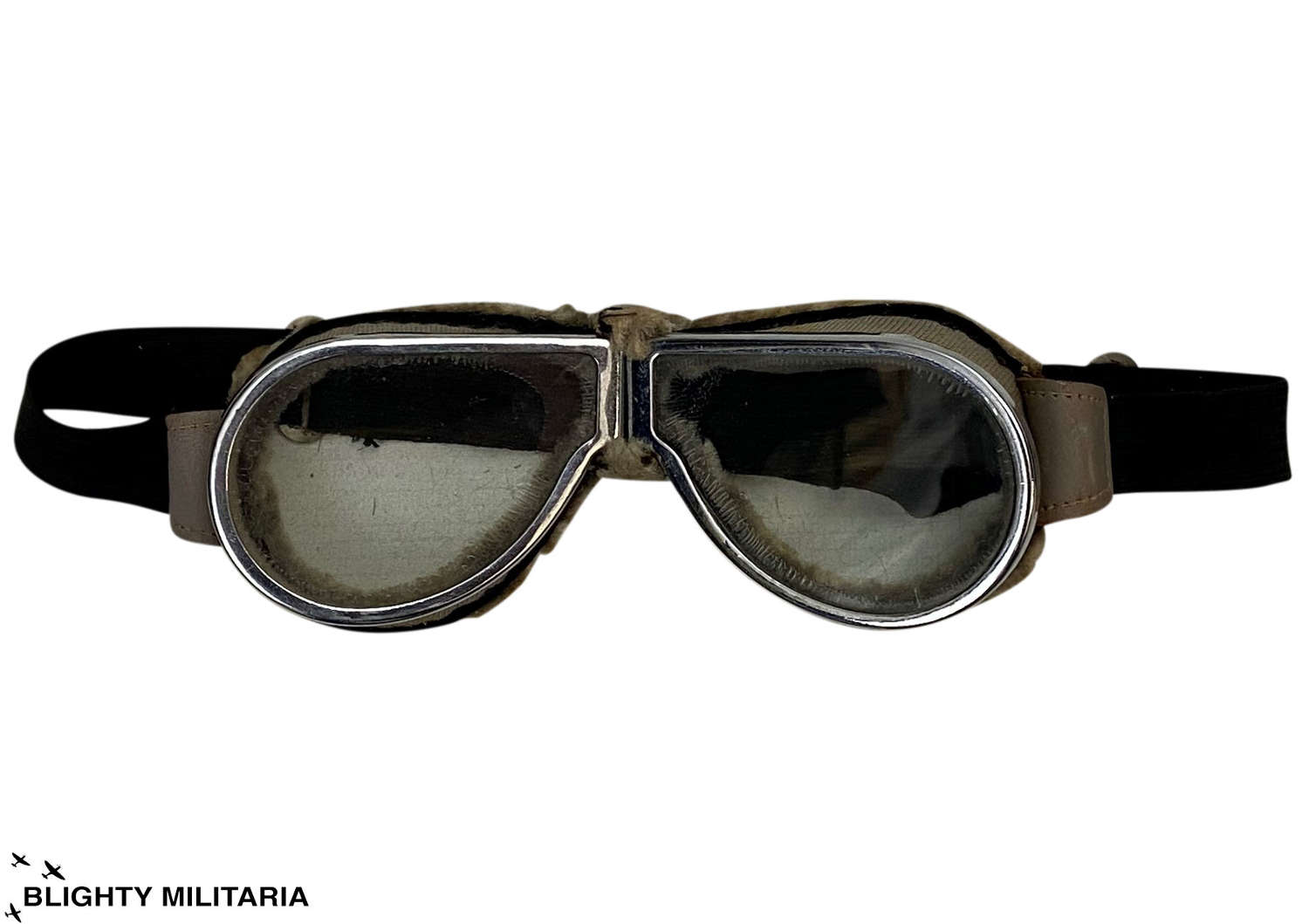 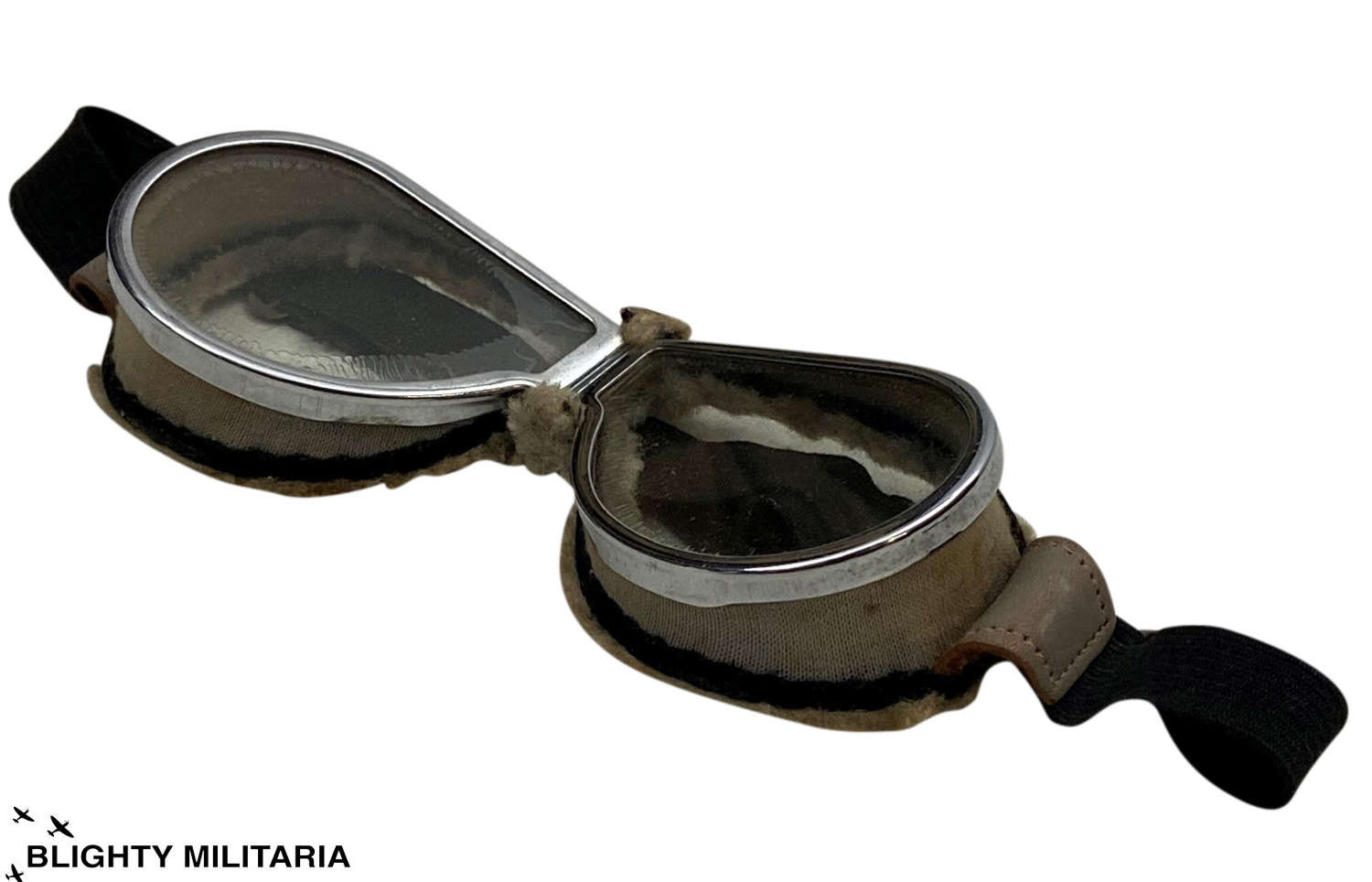 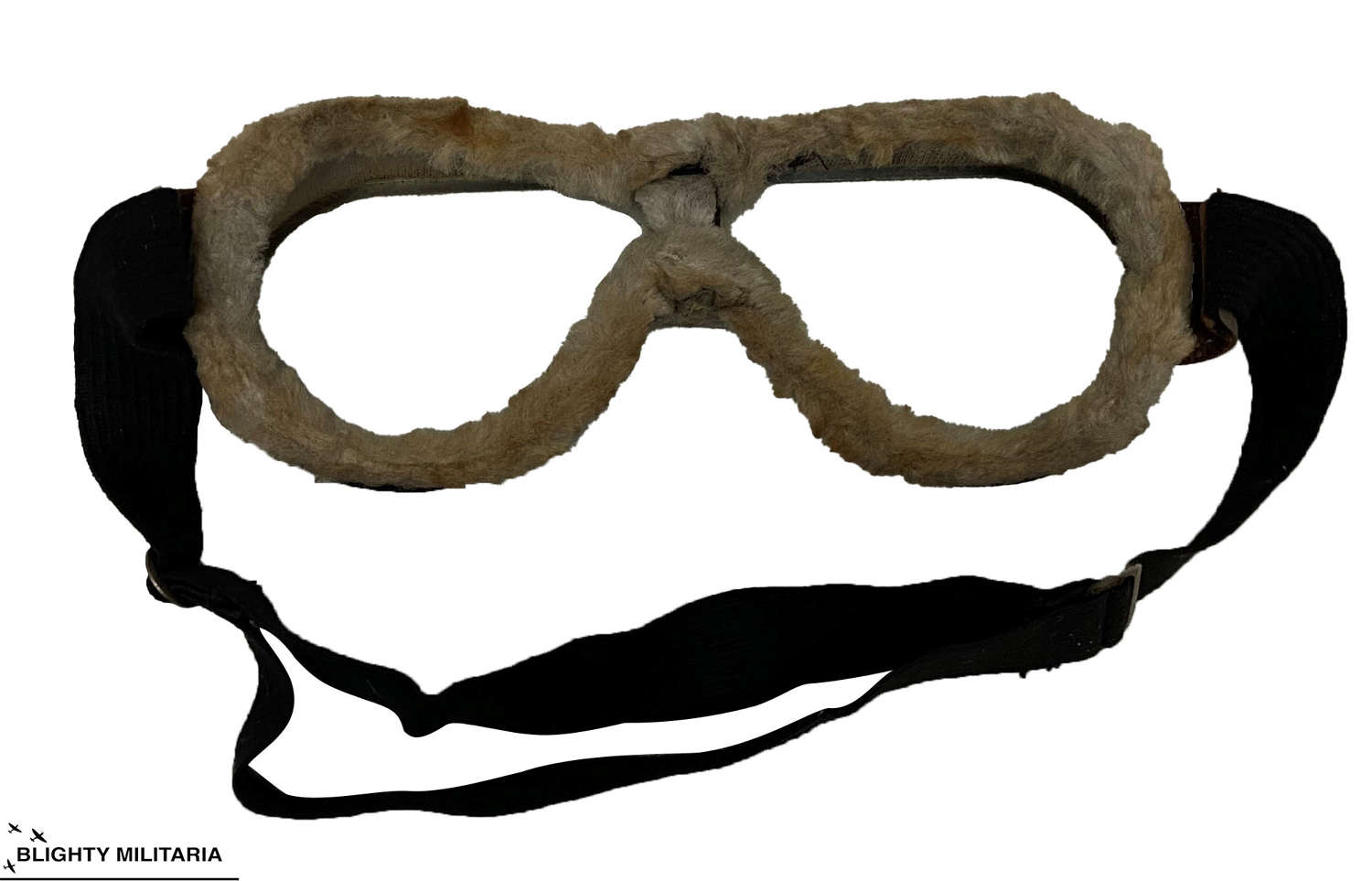 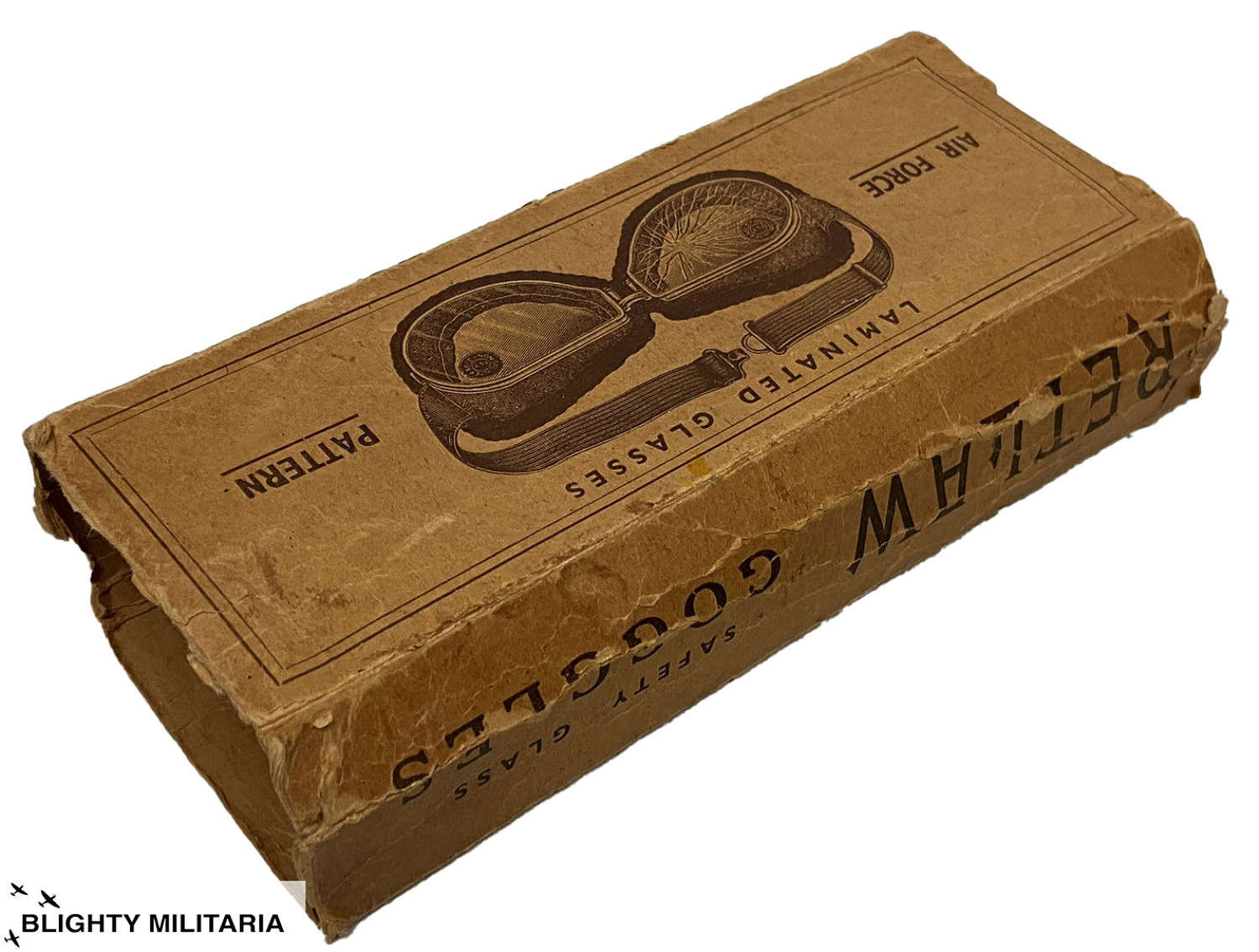 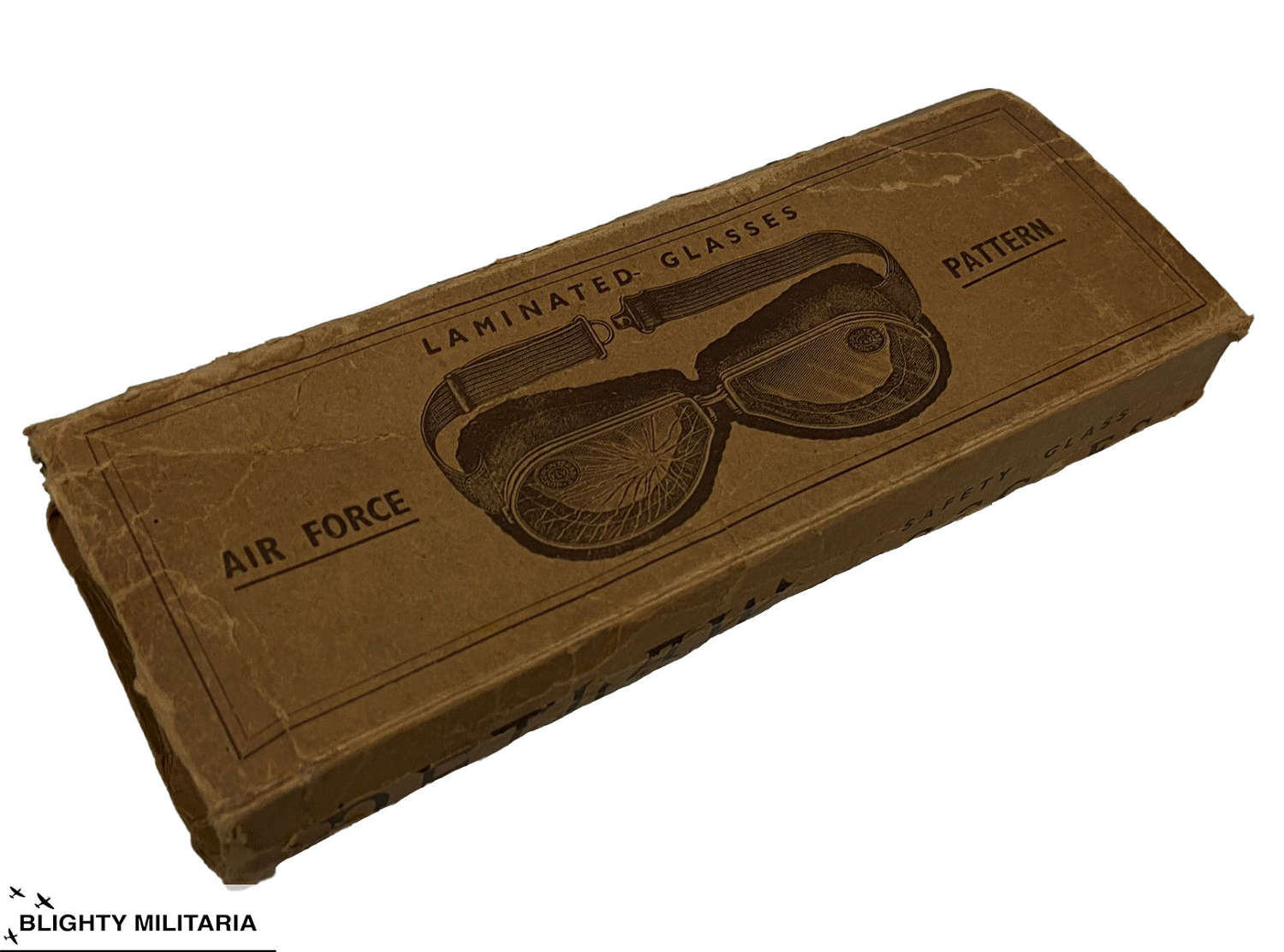