The maker marking and size are no longer present inside the cap although the War Department acceptance stamp is and is surmounted by the letter 'O' which denotes 1942 as the year of issue.

The original owner has marked his name to the interior which reads 'Pinn MT'. MT could be his initials or could mean he was part of the motor transport section of his unit.

The cap came with a beret to the same owner which is a size 7 1/8 which would suggest this cap is about the same size. When laid flat the opening measures 10 1/2"

The cap is in good condition as can be seen in the pictures. There are some signs of wear and there is some soiling to the interior. 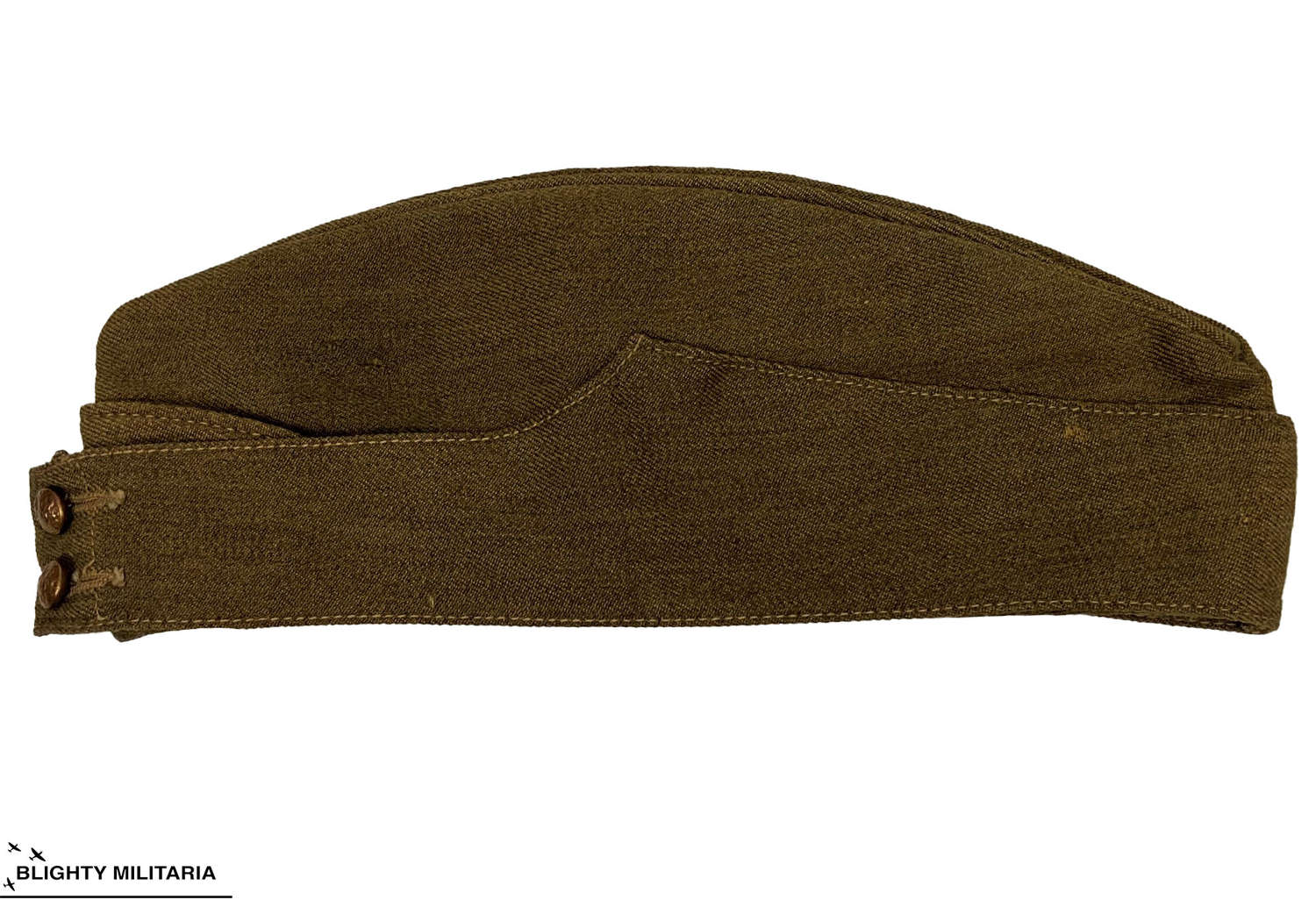 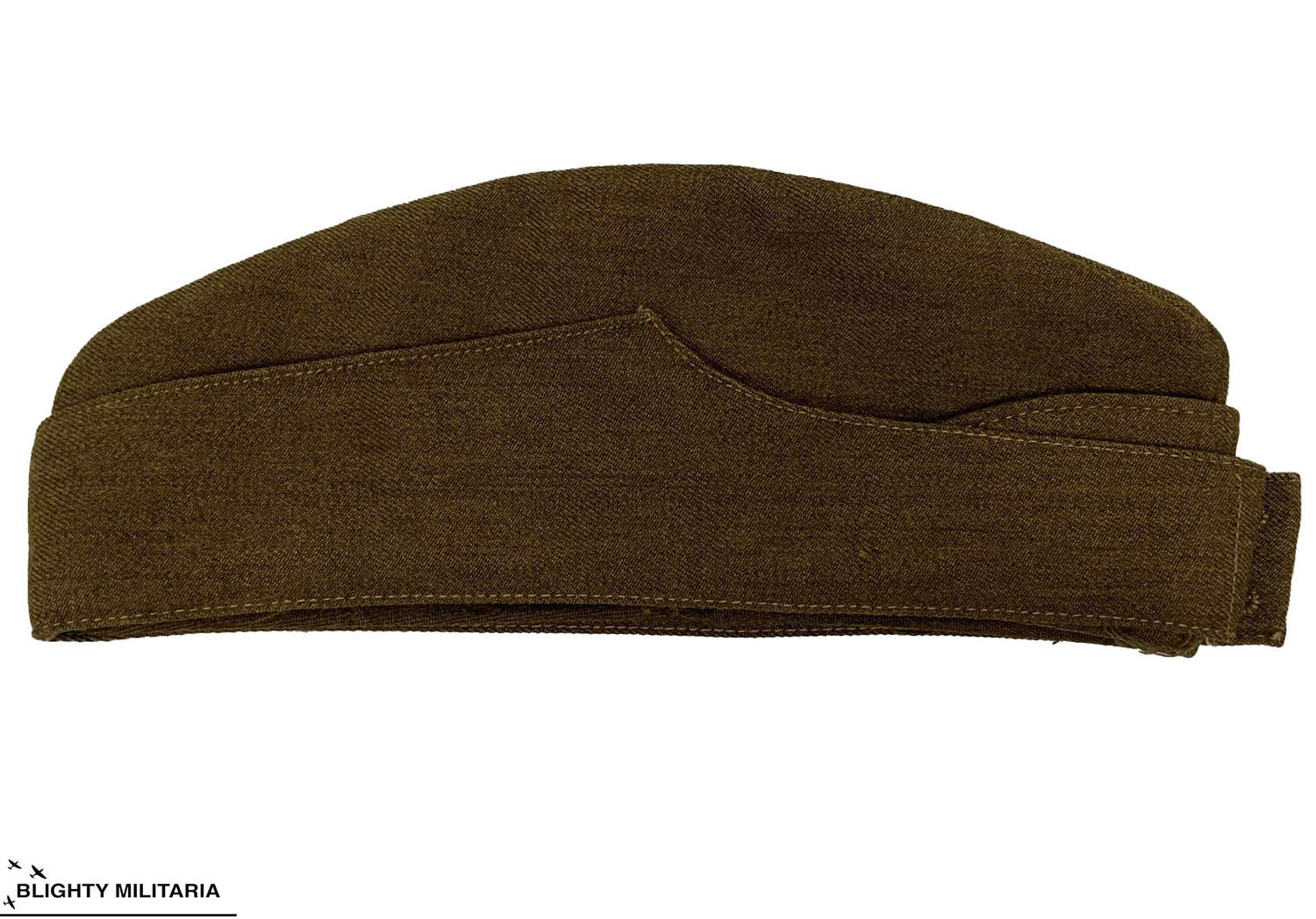 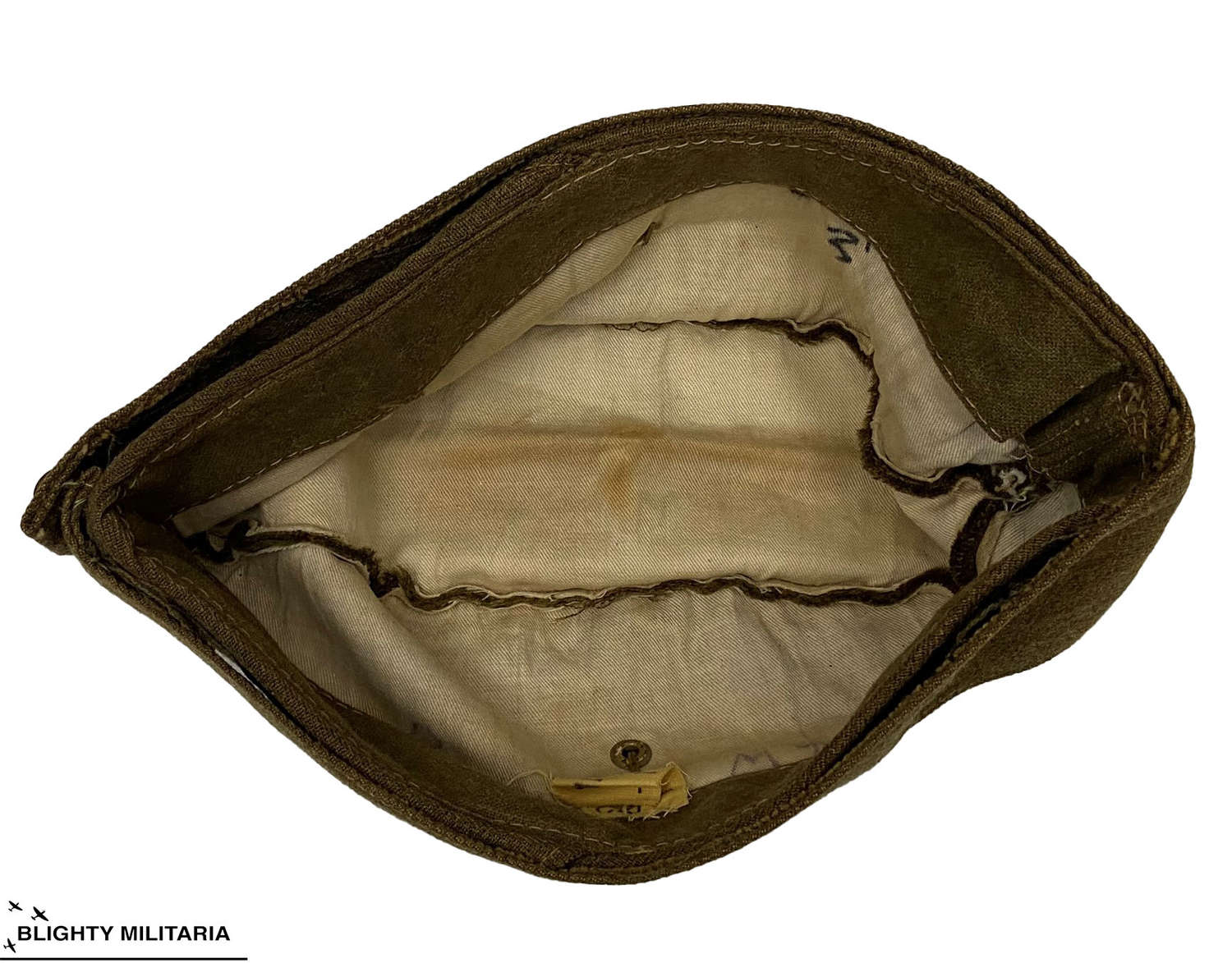 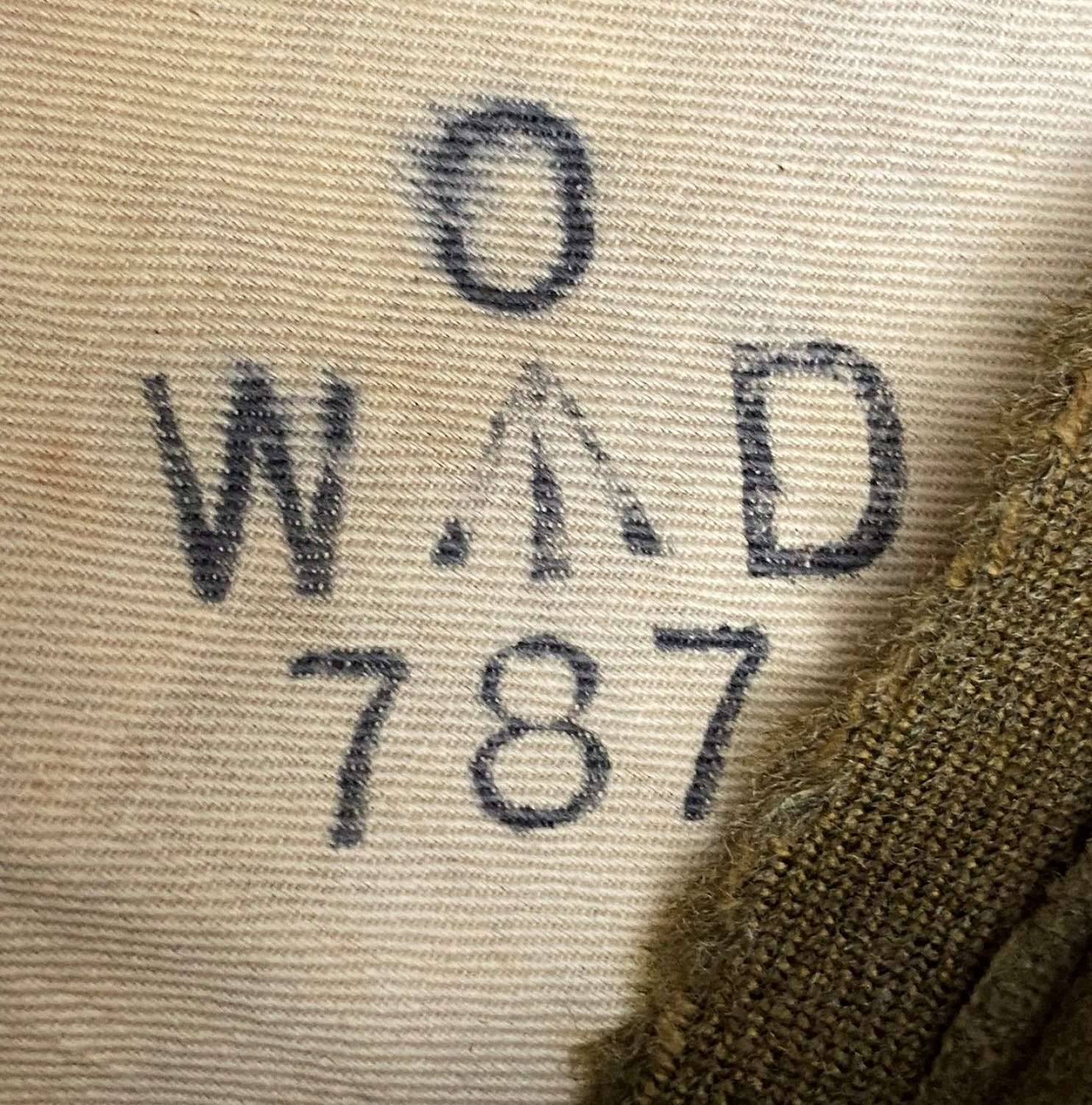 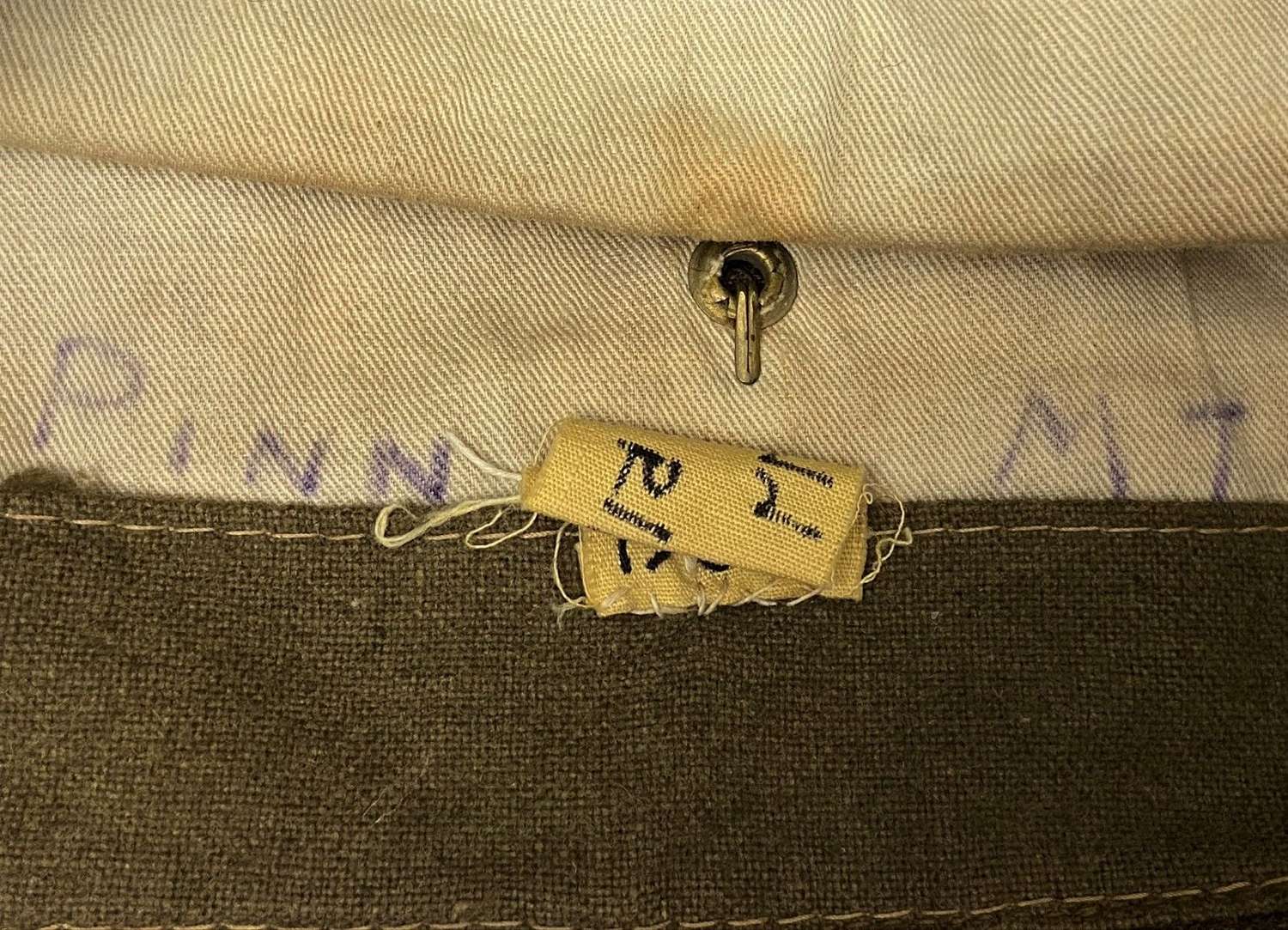