An original pair of British Khaki Drill Shorts which belonged to Lieutenant Colonel Ashe who served with the 11th  Sikh Regiment (Ludhiana Sikhs) in Italy during the Second World War.

Khaki Drill comes in many different patterns and I am still finding new patterns, with these being no exception! Whilst they feature the usual double waist belts there is a large flap which covers them - an interesting detail. Aside from this the shorts are quite typical of theatre made KD items. They are made from a tan coloured cotton drill, feature a button fly, hand stitched buttonholes, a twin pleated front and slash pockets at the hips. Inside the shorts the original owner has marked his name as 'R. A. Ashe'.

The shorts are in good condition with some signs of wear and use. Please study the pictures before purchasing and bear in mind that they are a pre-owned, vintage item of over 70 years old.

A nice original pair of attributed shorts with a great bit of detail! 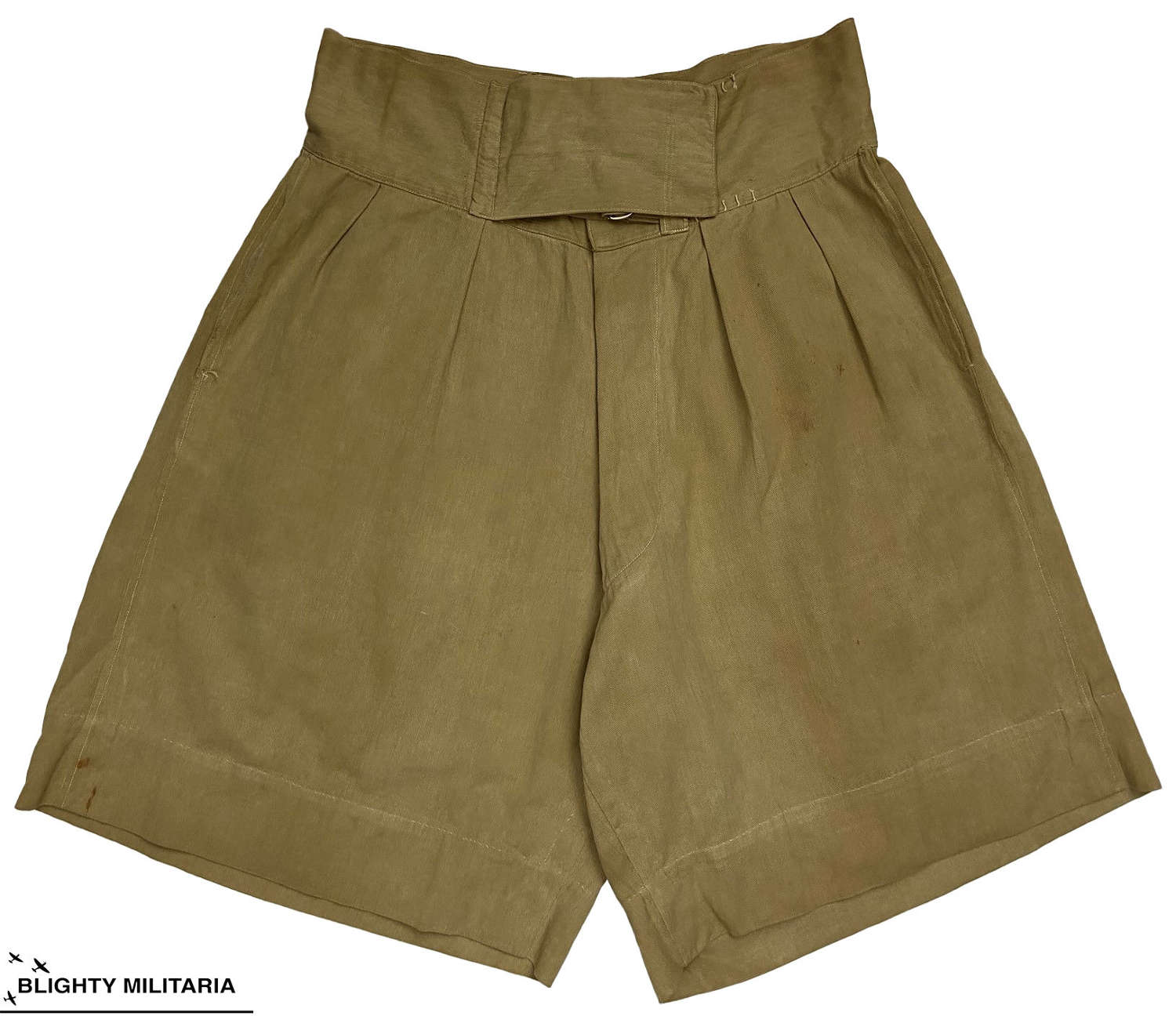 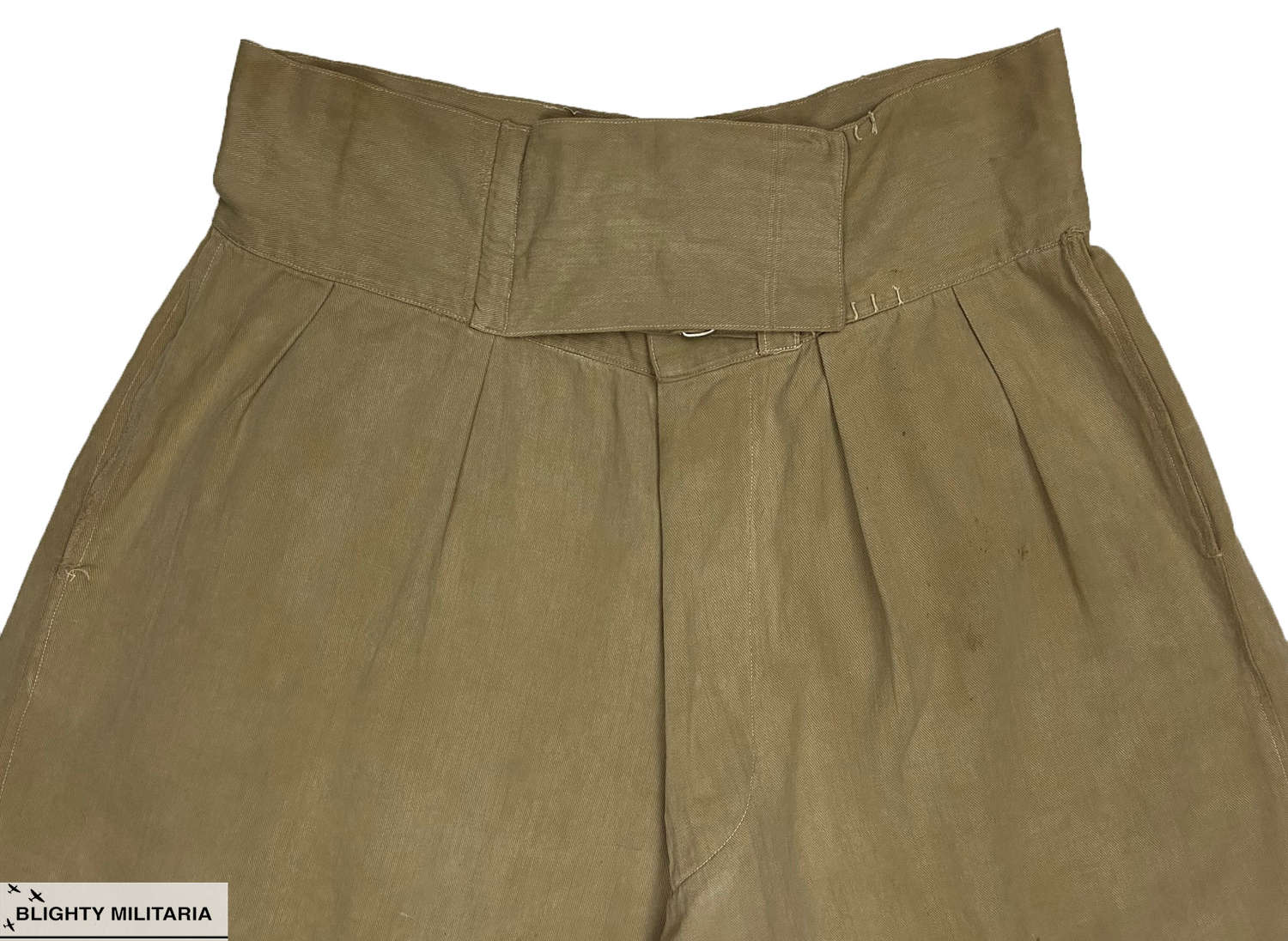 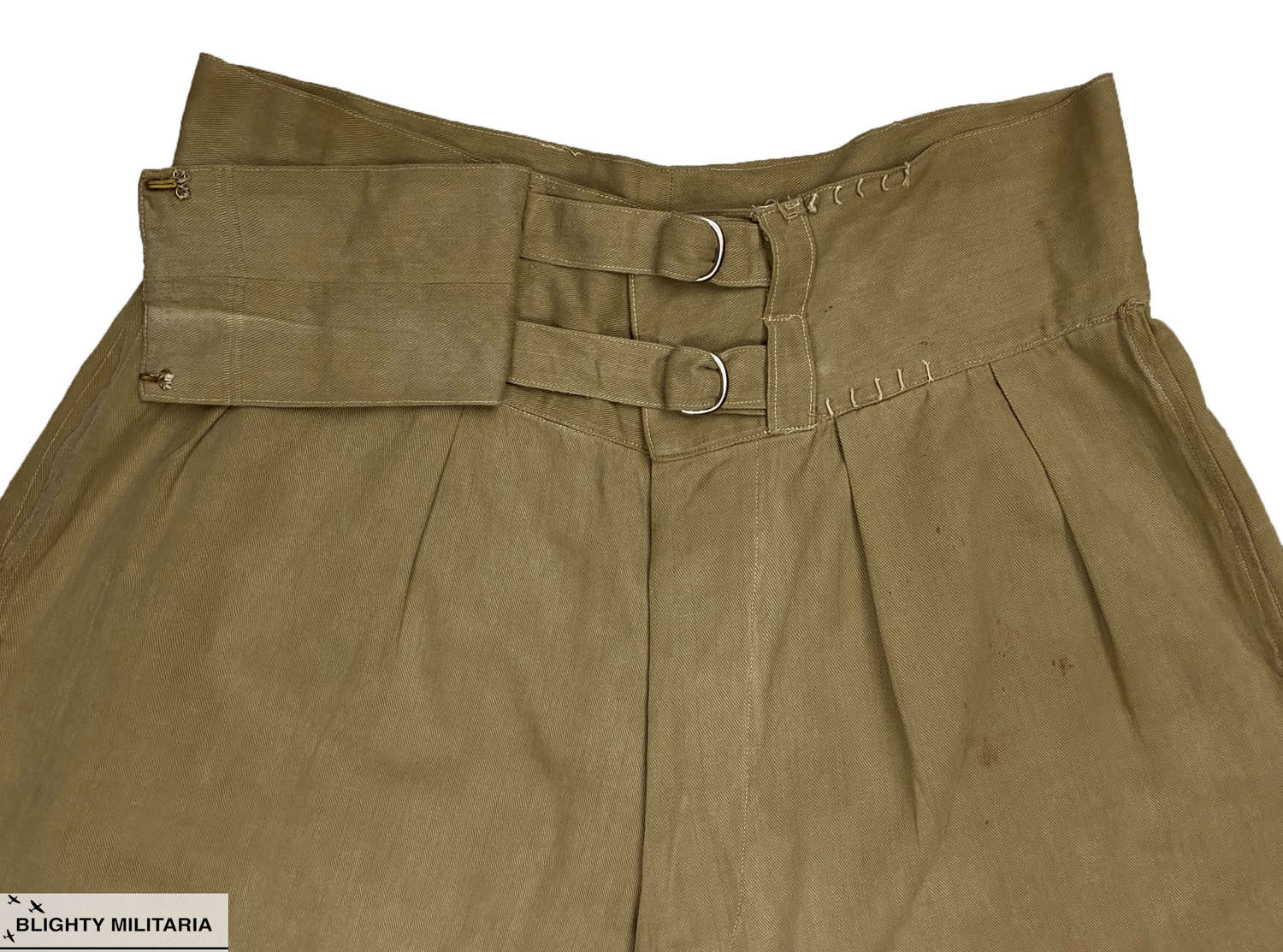 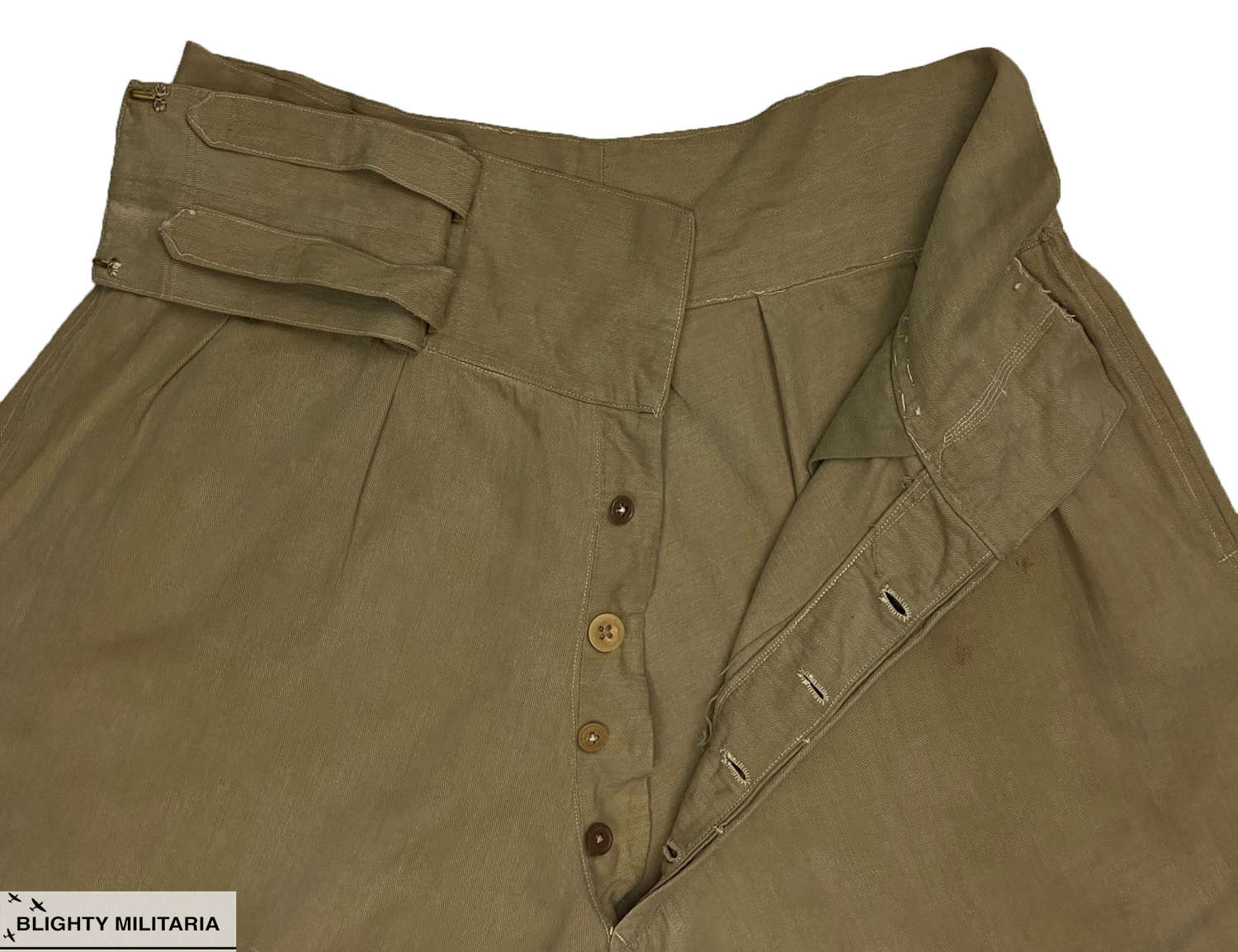 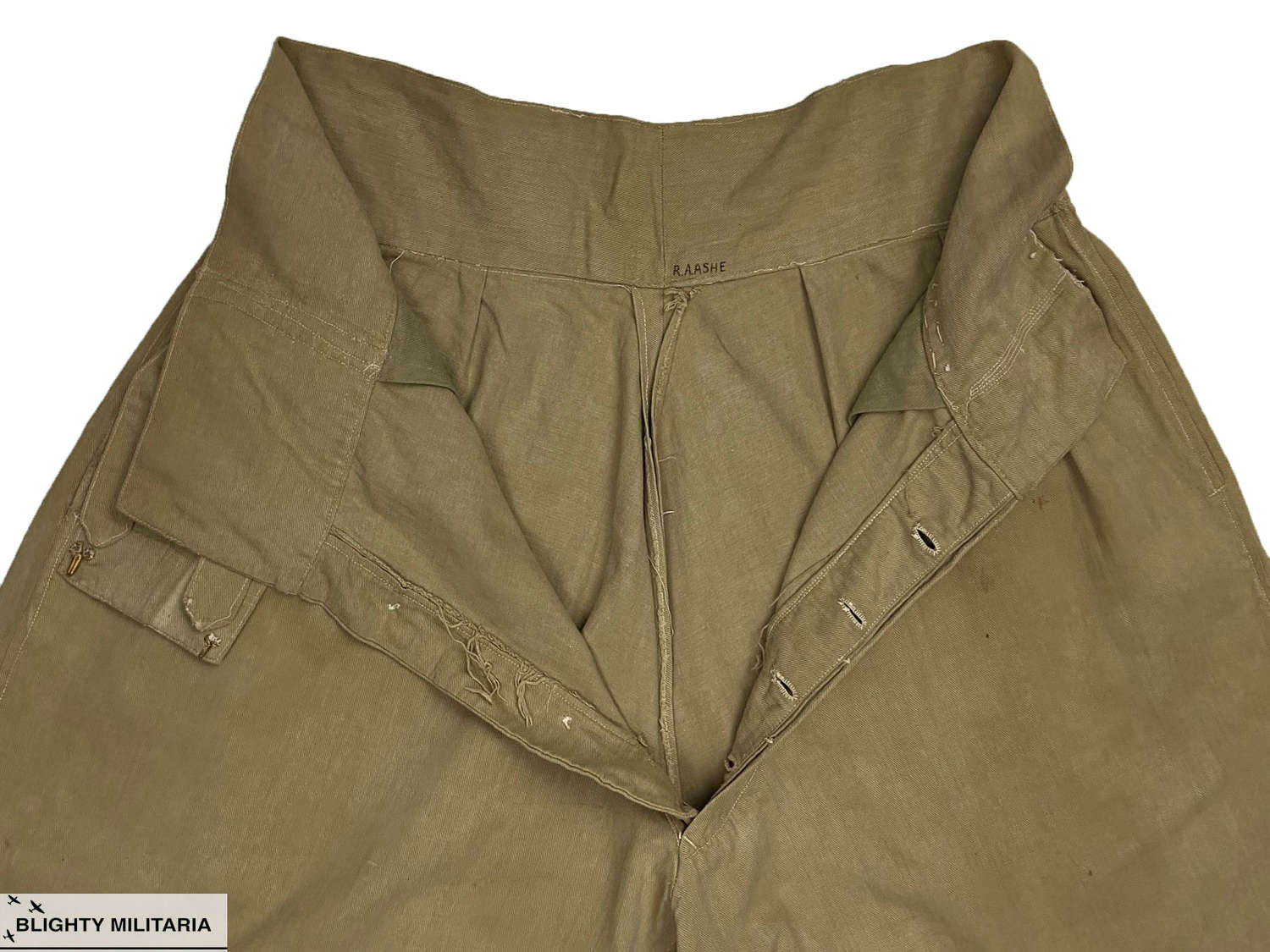 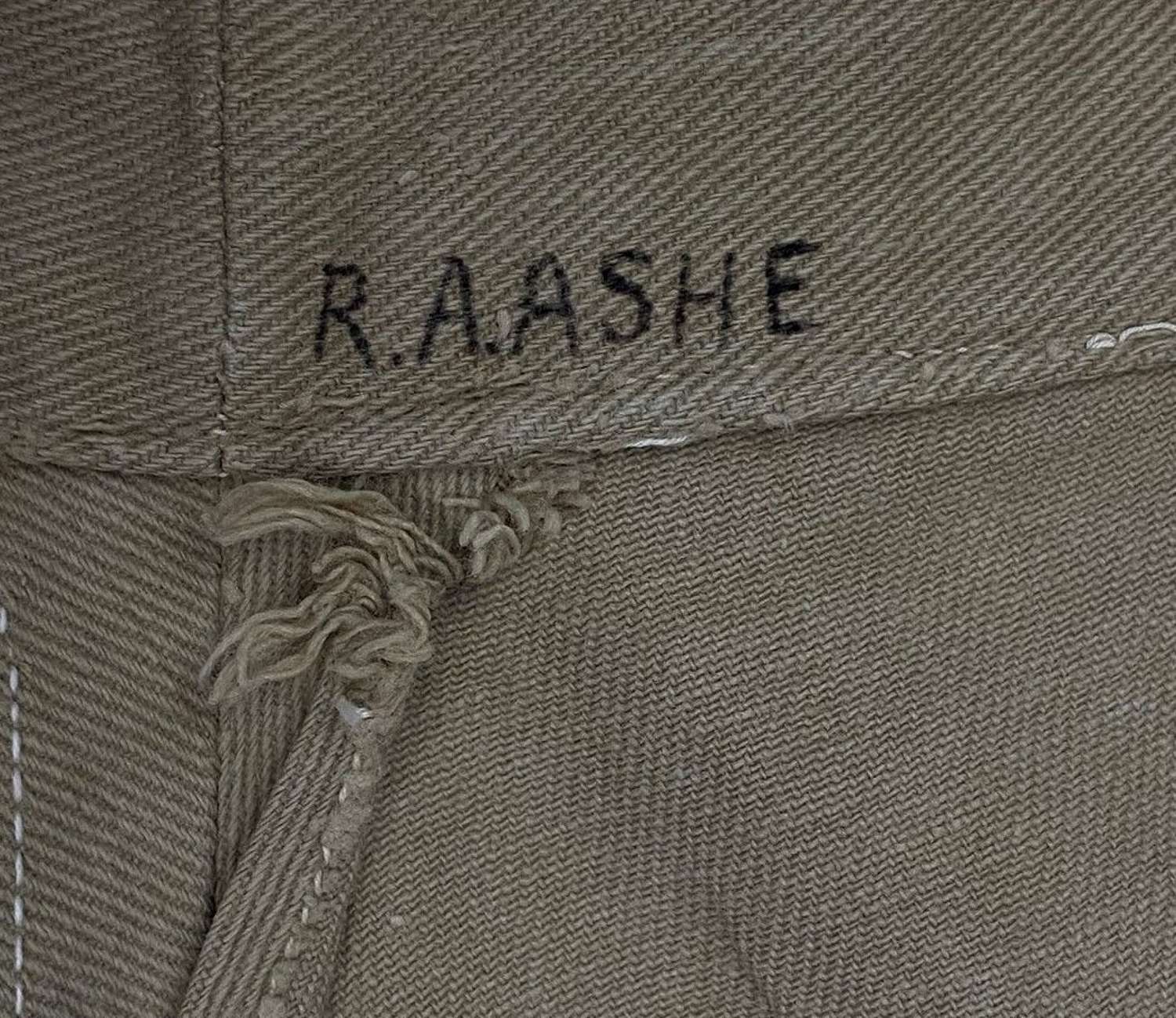 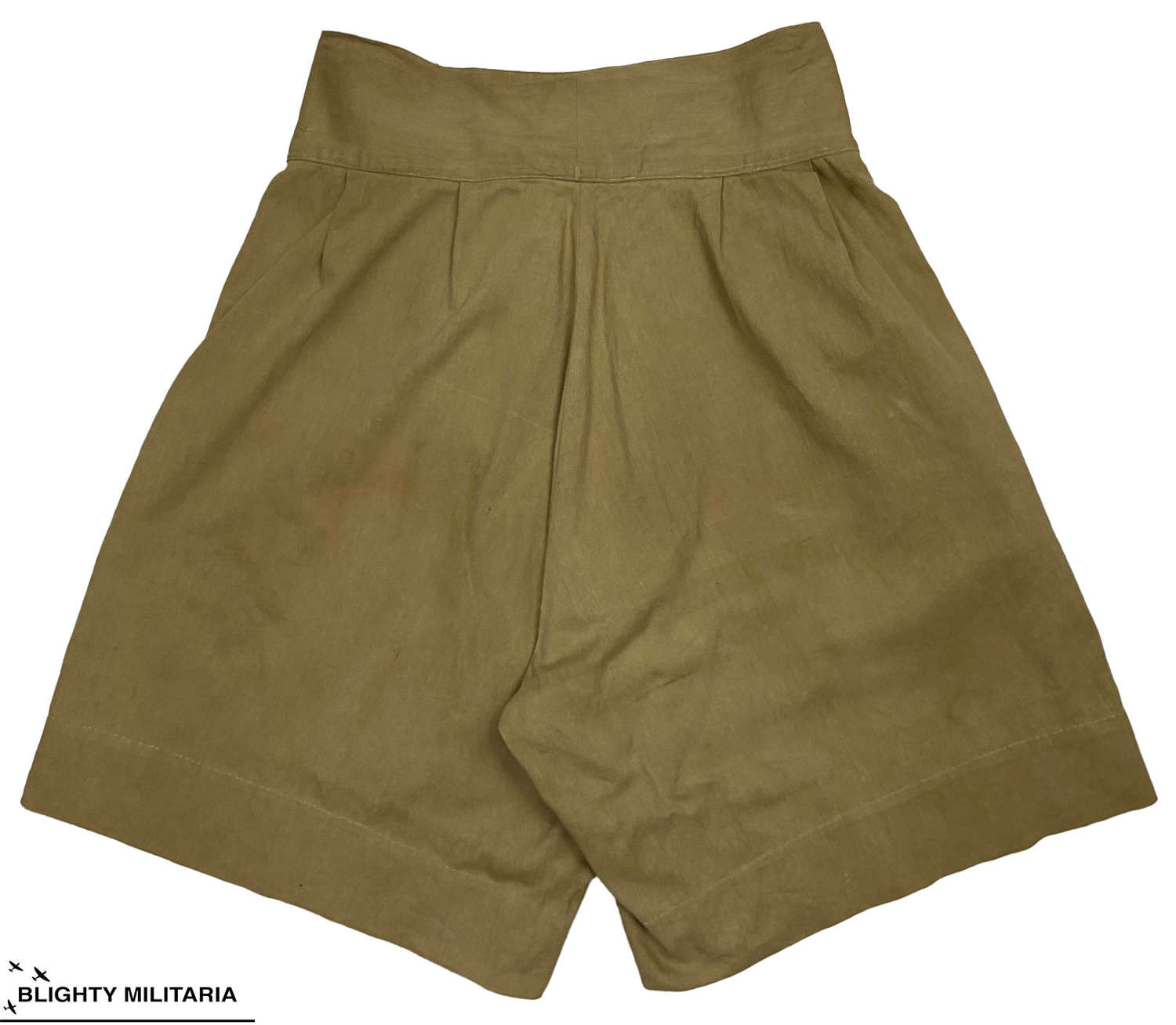