A fantastic original Men's double breasted overcoat dating from around the late 1930s to the early 1940s which features the early 'G. A. Dunn' label.

This overcoat is typical of those worn by men in the 1930s and 1940s. Made from a heavyweight wool in an oatmeal and brown dogtooth pattern; the coat features the two front patch pockets and a waist belt which is ubiquitous with this style. The waist belt still retains its original leather buckle which is in excellent condition.

It is partially lined with a purple-brown coloured rayon which is again typical of the era and retains its original maker's label to the neck. It bears the name 'G. A. Dunn & co who were a prolific menswear outfitters in Great Britain for many years. The label is an early example and also features the 'G. A.' prefix which was phased out from 1939 onwards following the death of the company's founder George Arthur Dunn.

These coats are cut in a loose, oversize manner as they are intended to be worn as an outer layer over a suit etc. This coat will fit a 40" - 42" chest well depending on desired fit and when laid flat measures -

The coat is in good condition and displays very well. It has been worn and shows some signs of age and wear. There is some discolouration around the collar as is often encountered although this is not really noticeable when worn. There are a few small flaws to the exterior which again are detailed in the pictures and included a small area to the front of the skirt where there are some small holes. These are hidden by the pattern of the cloth so only noticeable under close scrutiny. Please study the pictures and bear in mind that this is a pre-worn vintage coat of approximately 80 years old and may have other small issues consummate with this.

Altogether this is a very attractive overcoat with all the classic details of the 1930s and 1940s. The original label is still present and it is still a very wearable coat today. 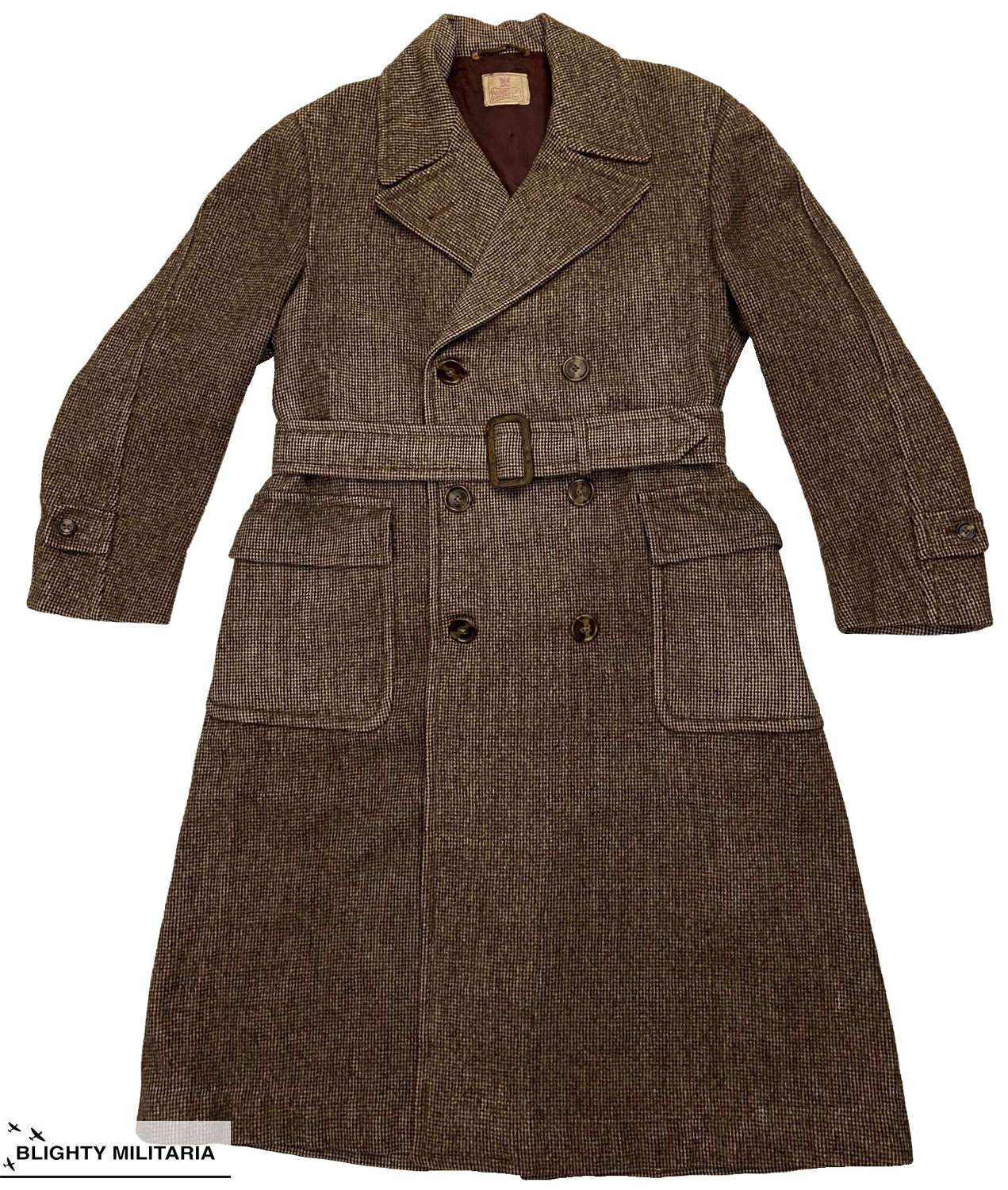 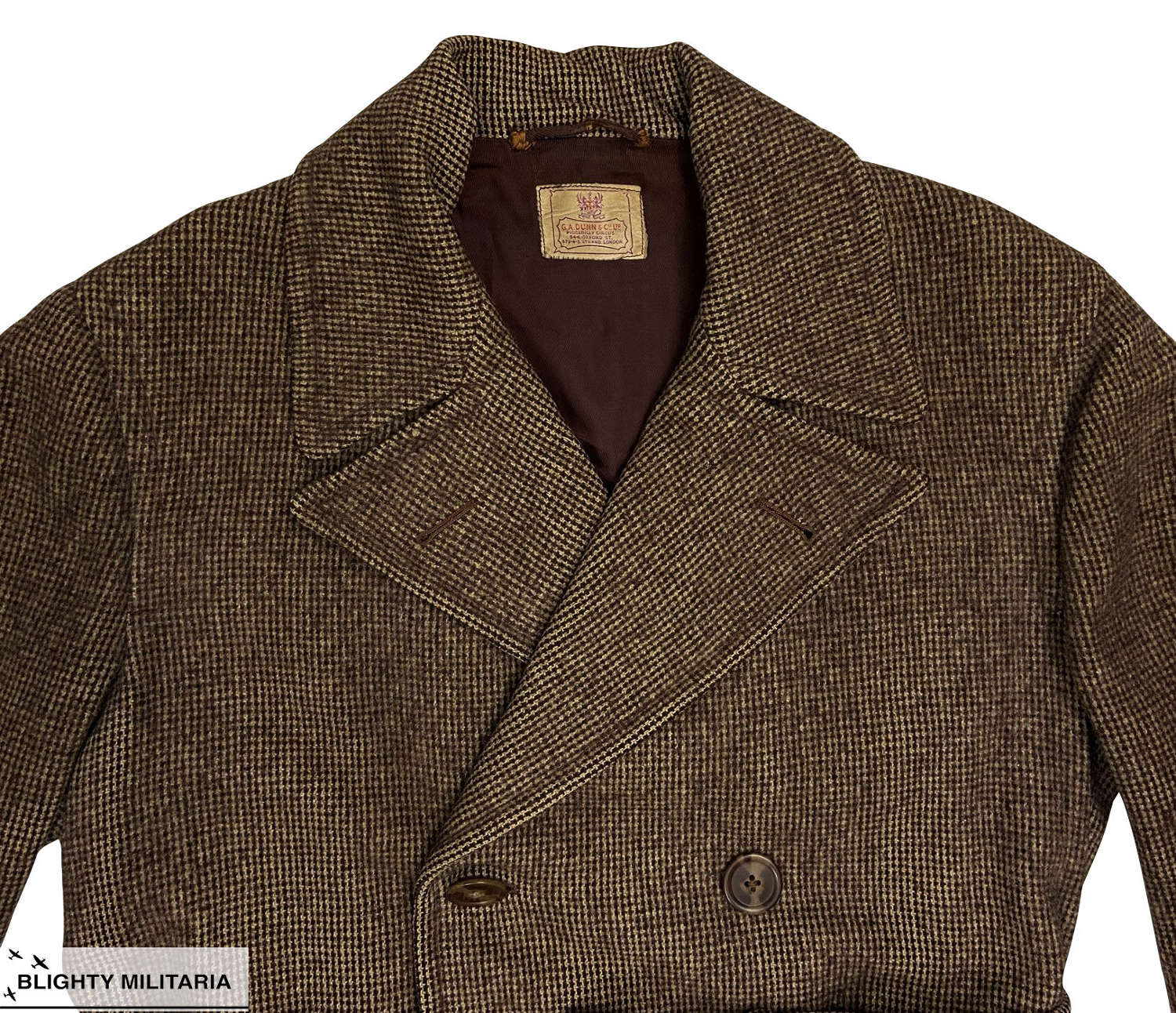 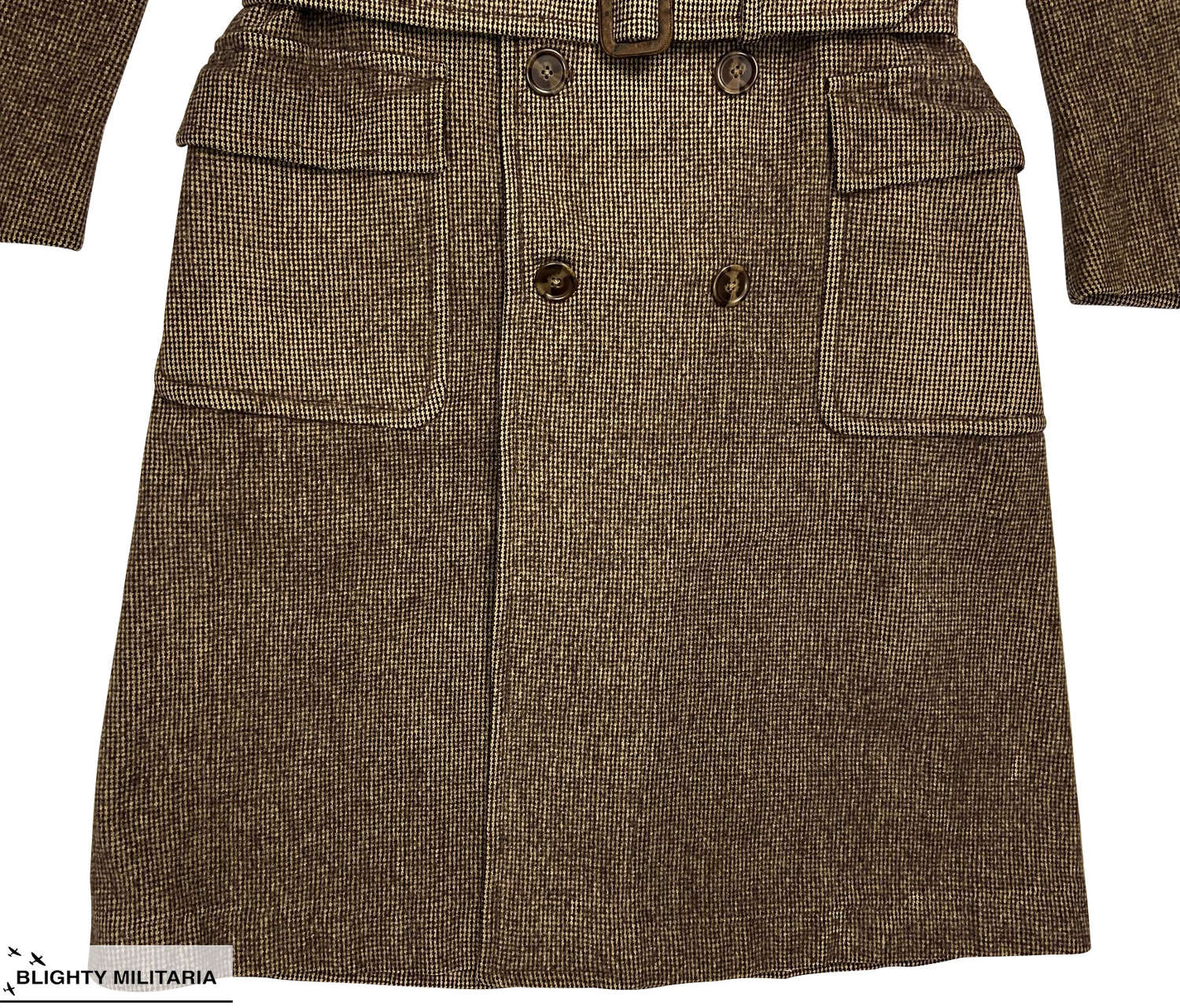 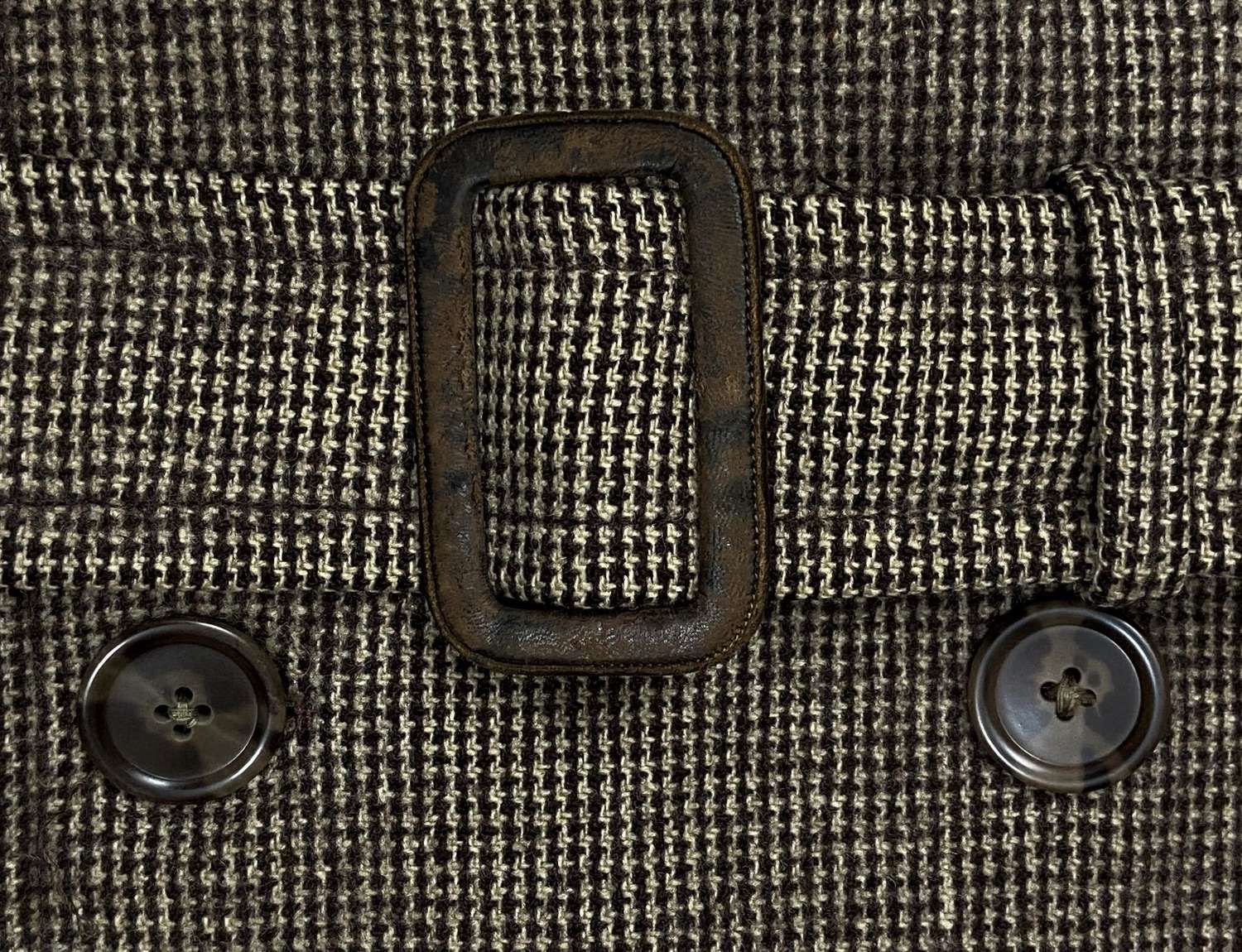 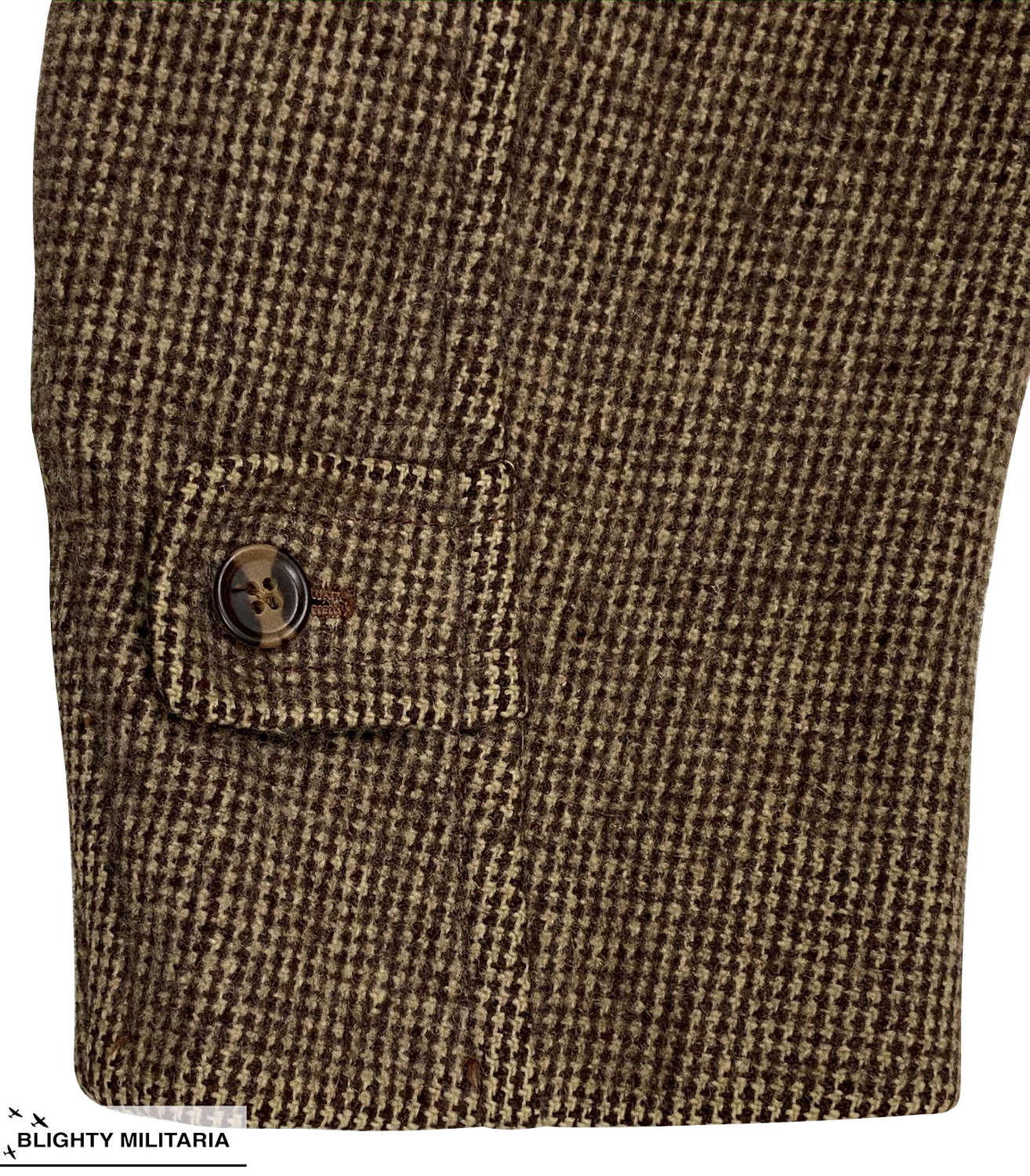 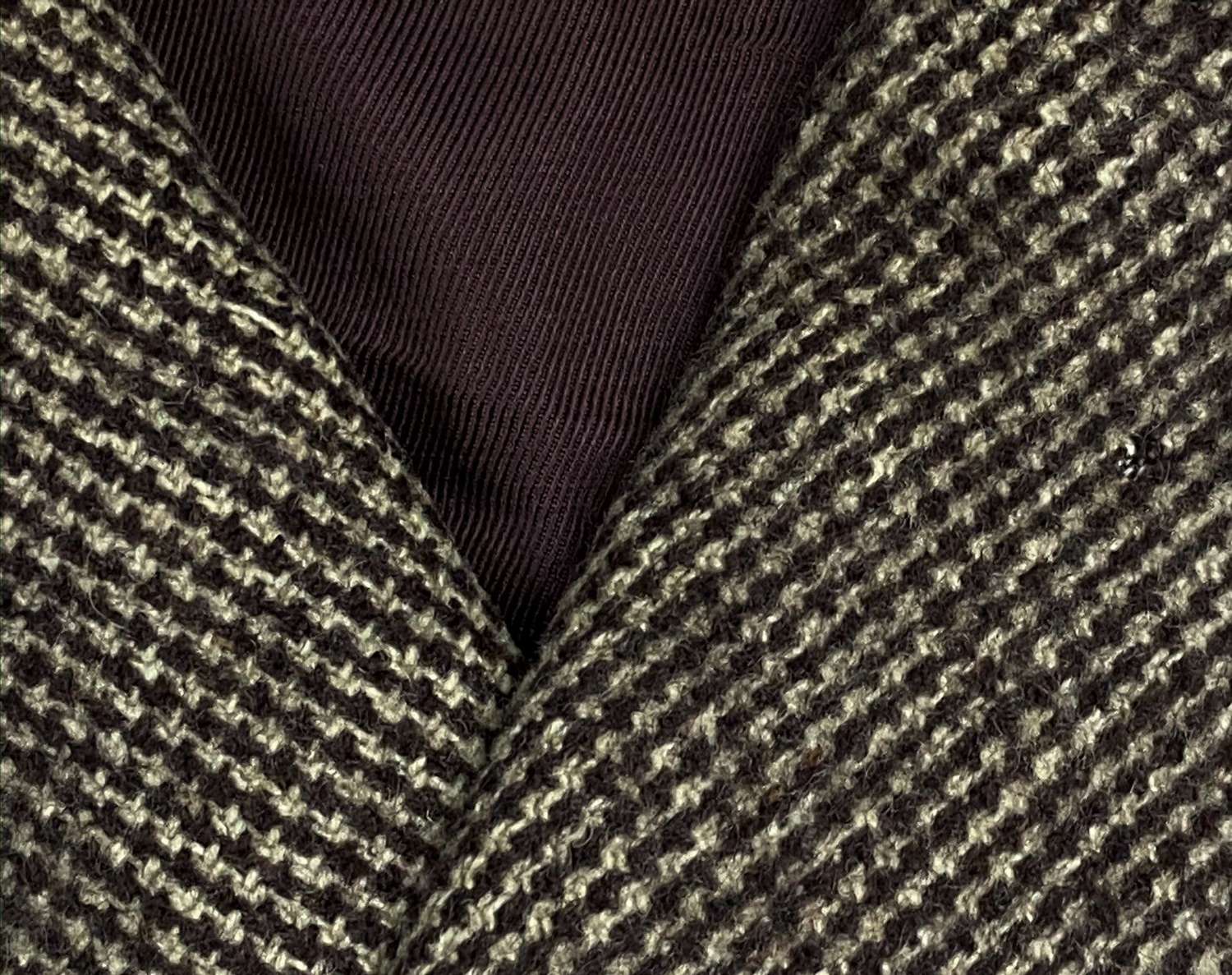 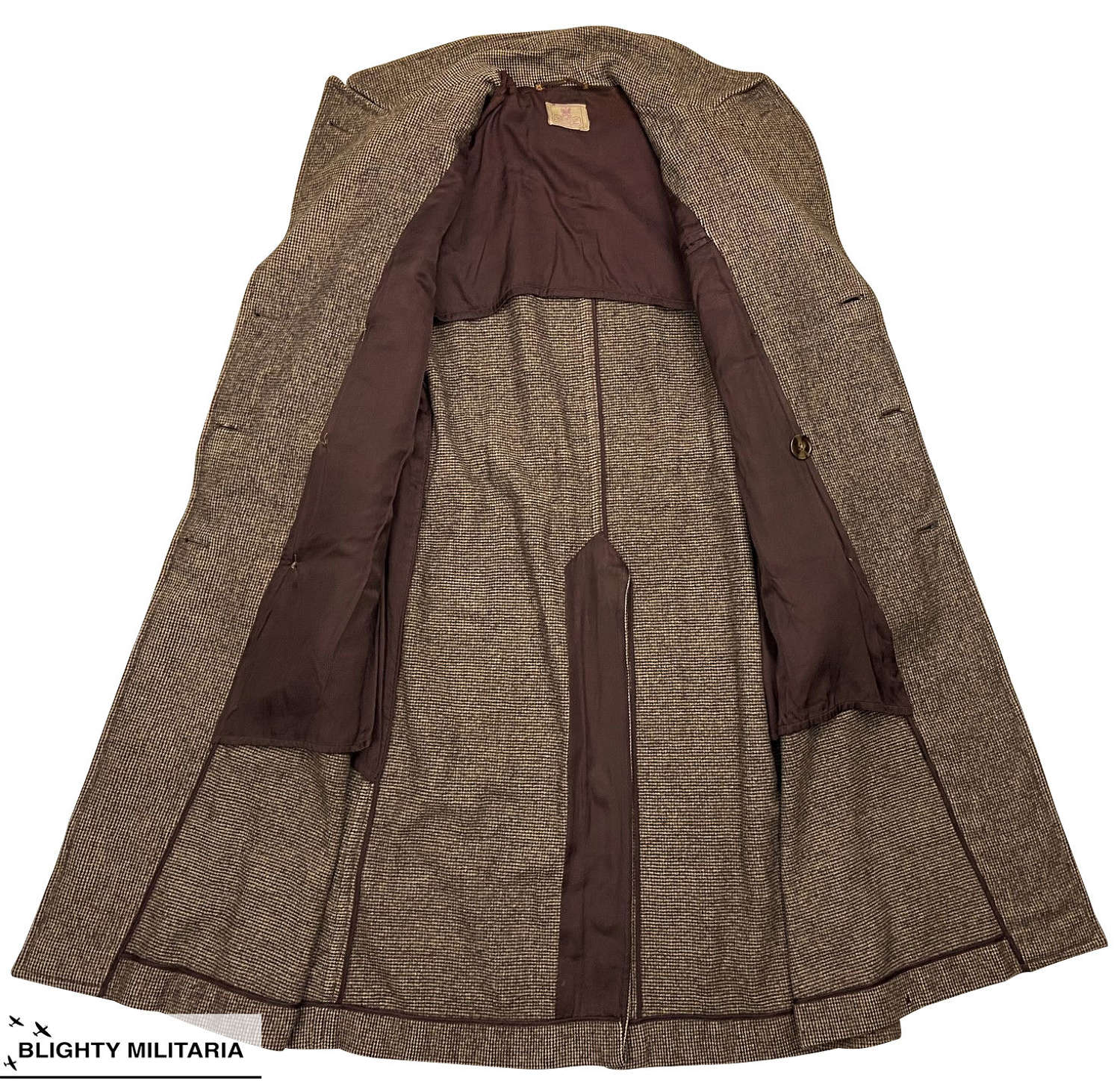 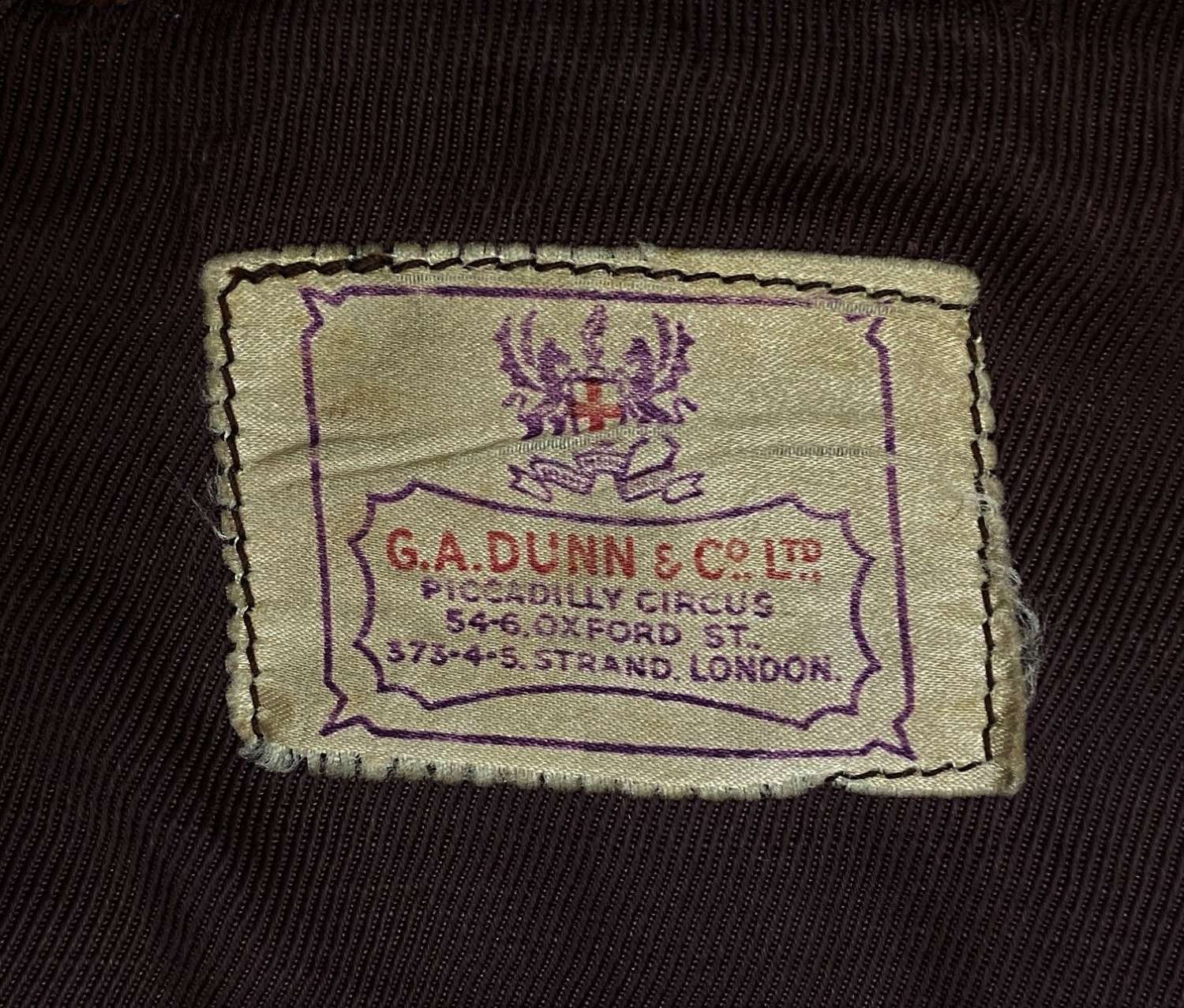 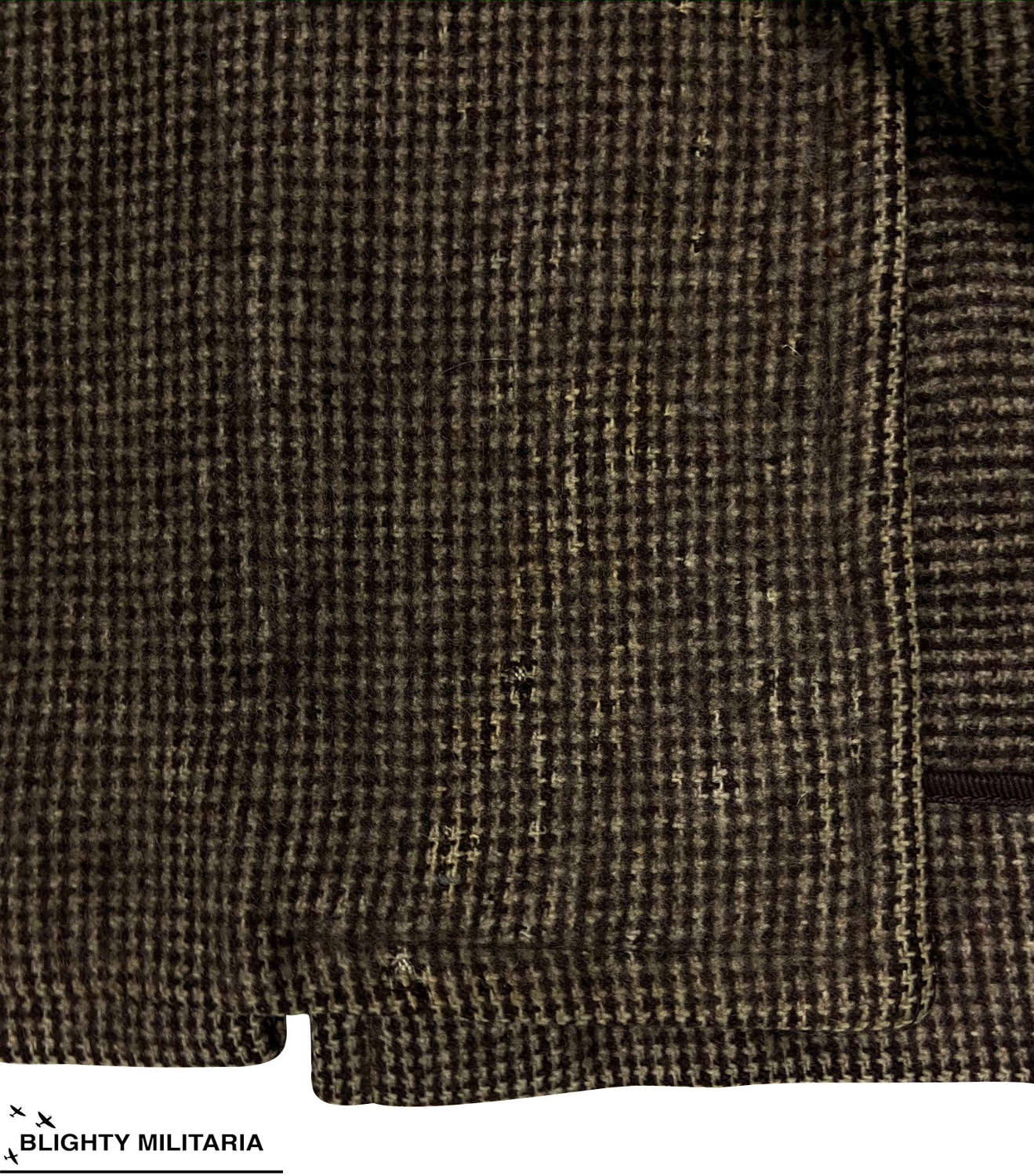 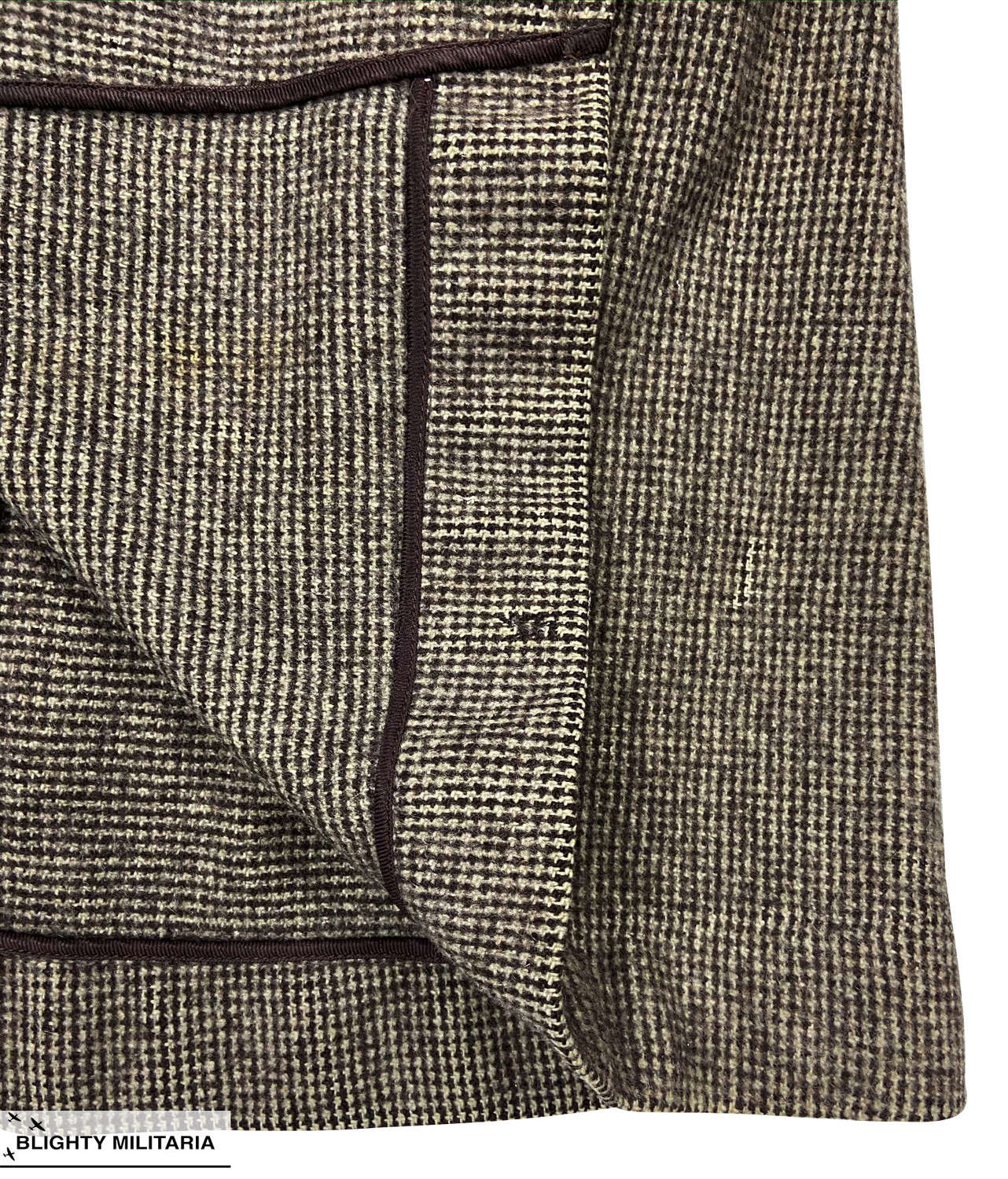 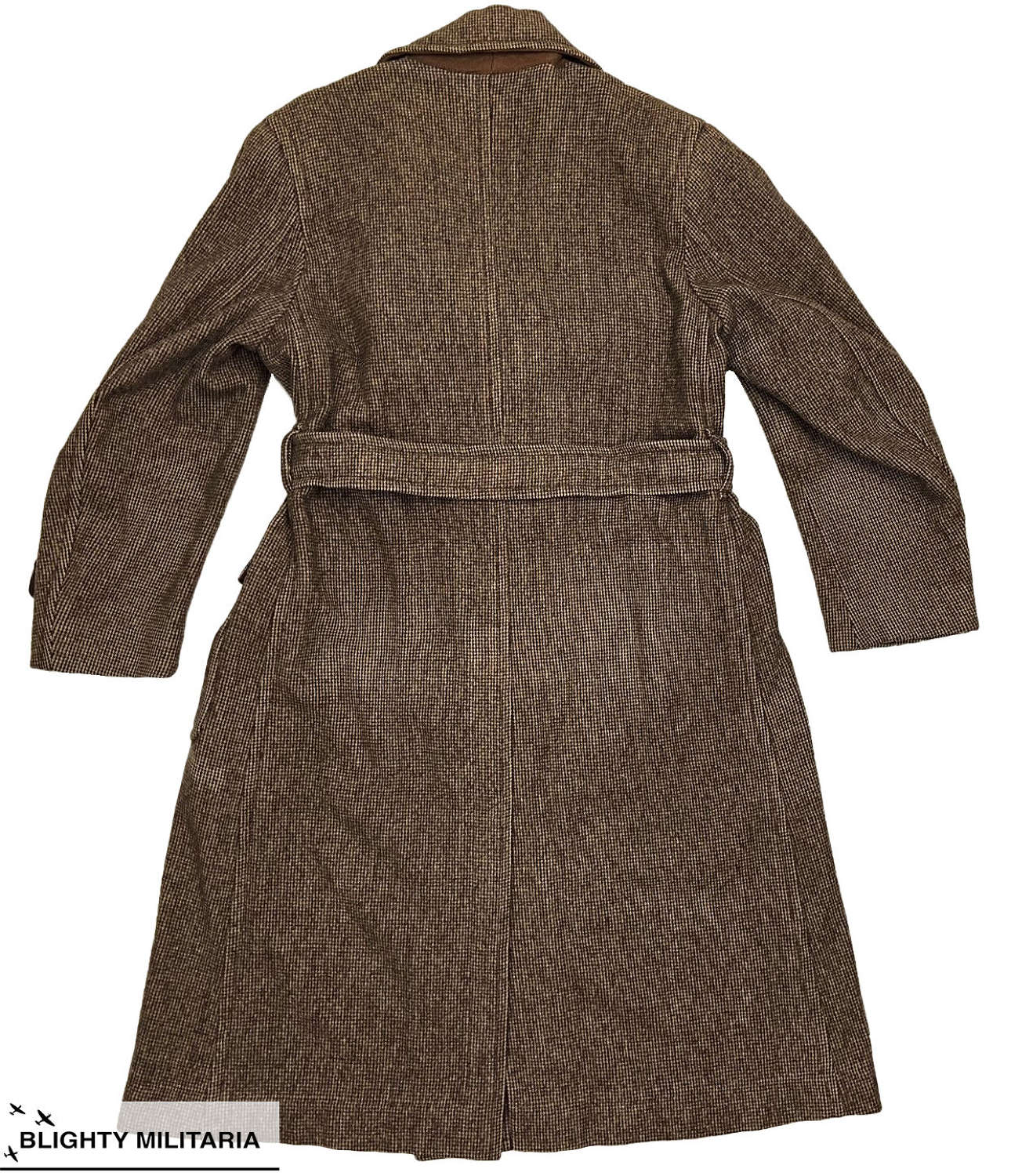 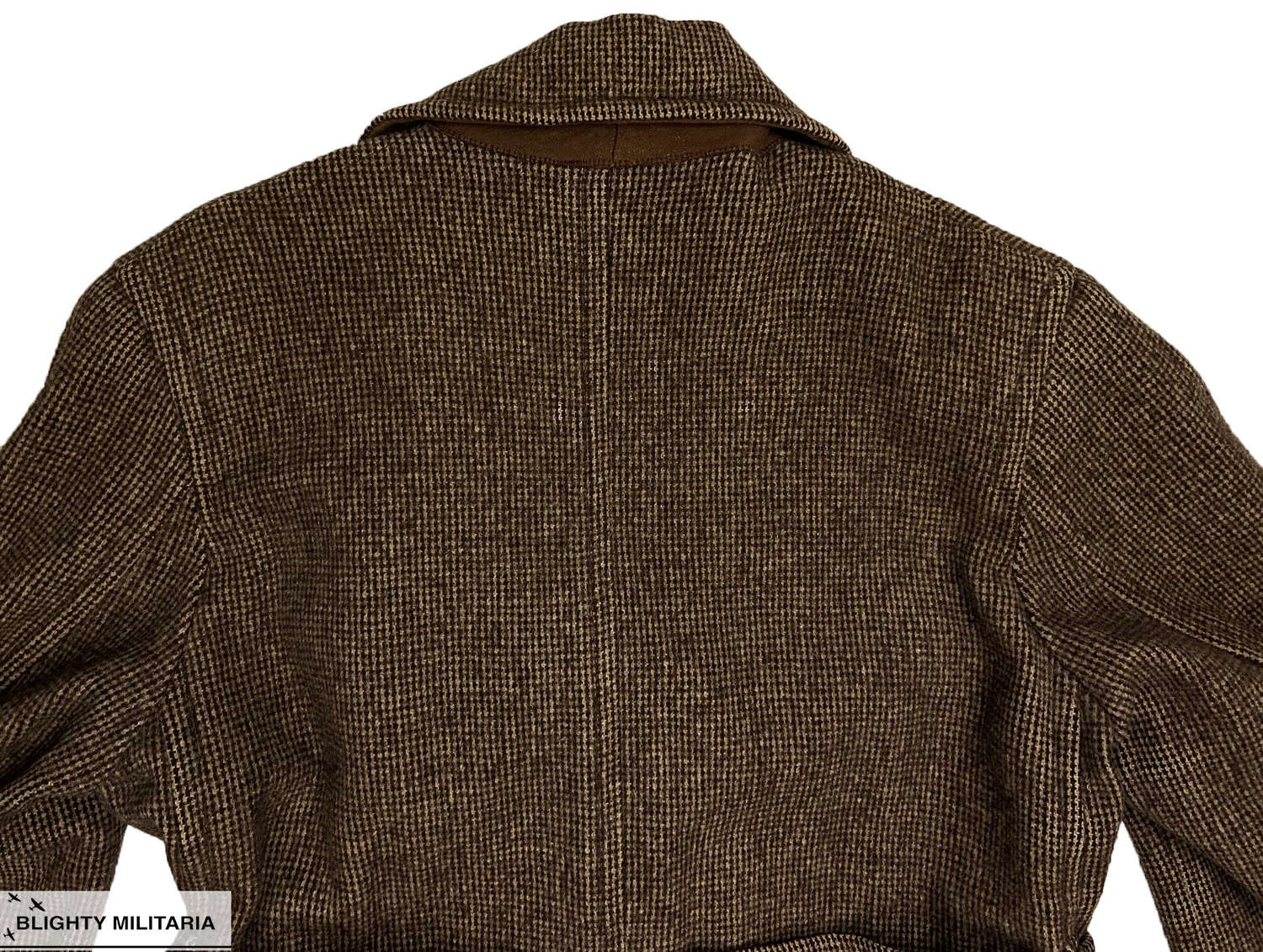 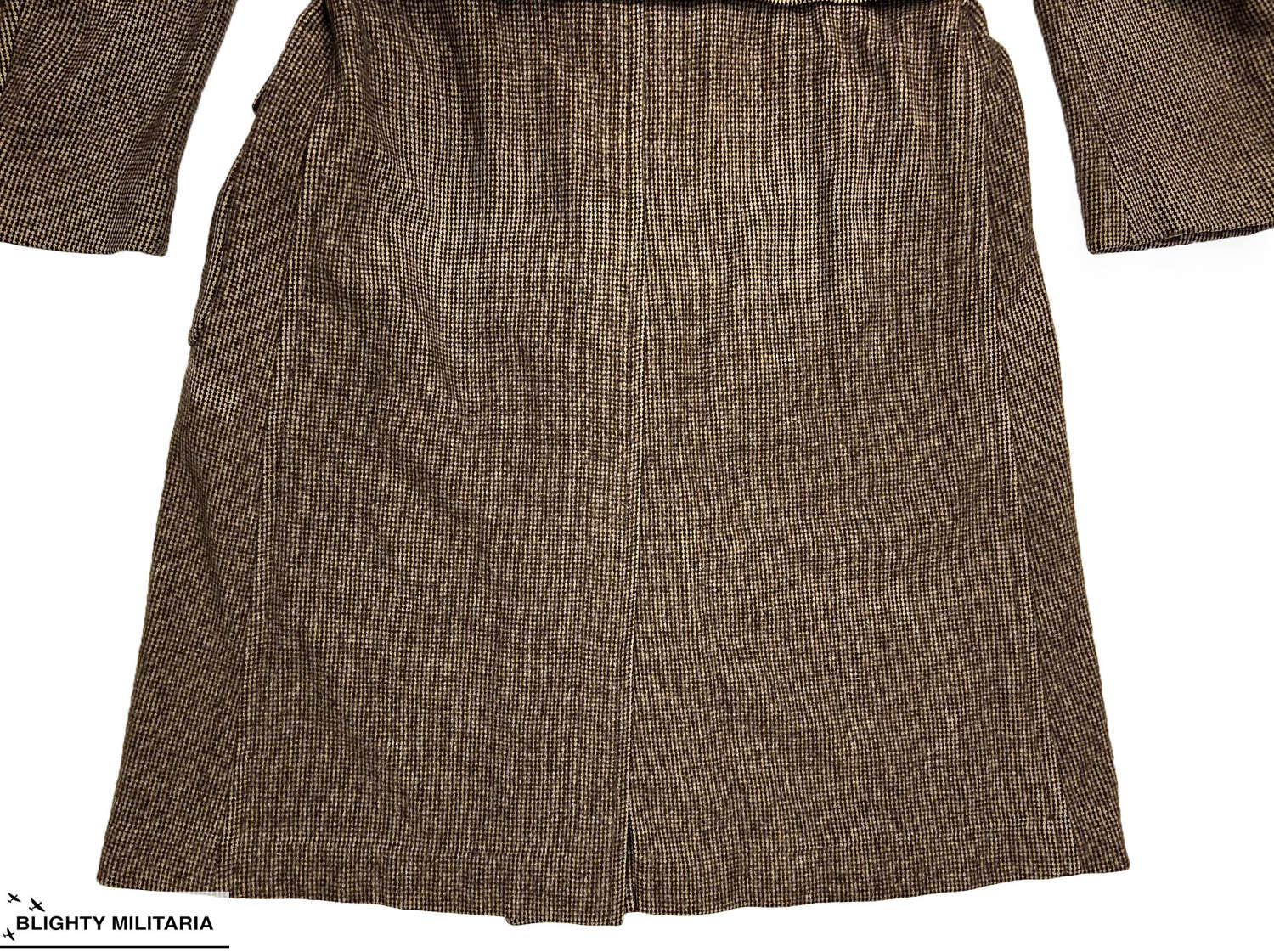