A fantastic original British Army Officers Battledress Jacket which belonged to Lieutenant Colonel Ashe who served with the 11th  Sikh Regiment (Ludhiana Sikhs) in Italy during the Second World War.

The blouse itself is a private purchase, theatre made example. A lot of theatre made uniforms were used in Italy and the Sikh regiment would have certainly used many Indian made items. The jacket is made from serge wool and is clearly tailor made. It is very similar to the issue battledress in design but has a faced collar, different buttons and a different breast pocket flap design. The jacket has been fitted with khaki drill 'Sikh' shoulder titles which have been stitched directly onto the epaulettes. Above this are rank badges denoting the rank of Lieutenant Colonel with the crown being an Indian made example. The top of the left sleeve features a printed 10th Indian Division formation flash and medal ribbons are fitted to the left breast. These include the General Service Medal (1938-1935), 1936 India General Service Medal, the Africa Star, the Italy Star and the France and Germany Star. These would suggest the Ashe served with more units than just the 11th Sikh Regiment and there is certainly more scope for further research.

Inside the tunic there is a small label which bears the owner's name. There are no other labels or markings that I can find.

The jacket is a medium size which looks similar to an issue size No. 13.

The overall condition of the blouse is very good and it displays well. There are a few moth holes but these aren't particularly noticeable and don't overly detract from the jacket. Please study the pictures and bear in mind that this is a vintage item with some small issues commensurate with age. 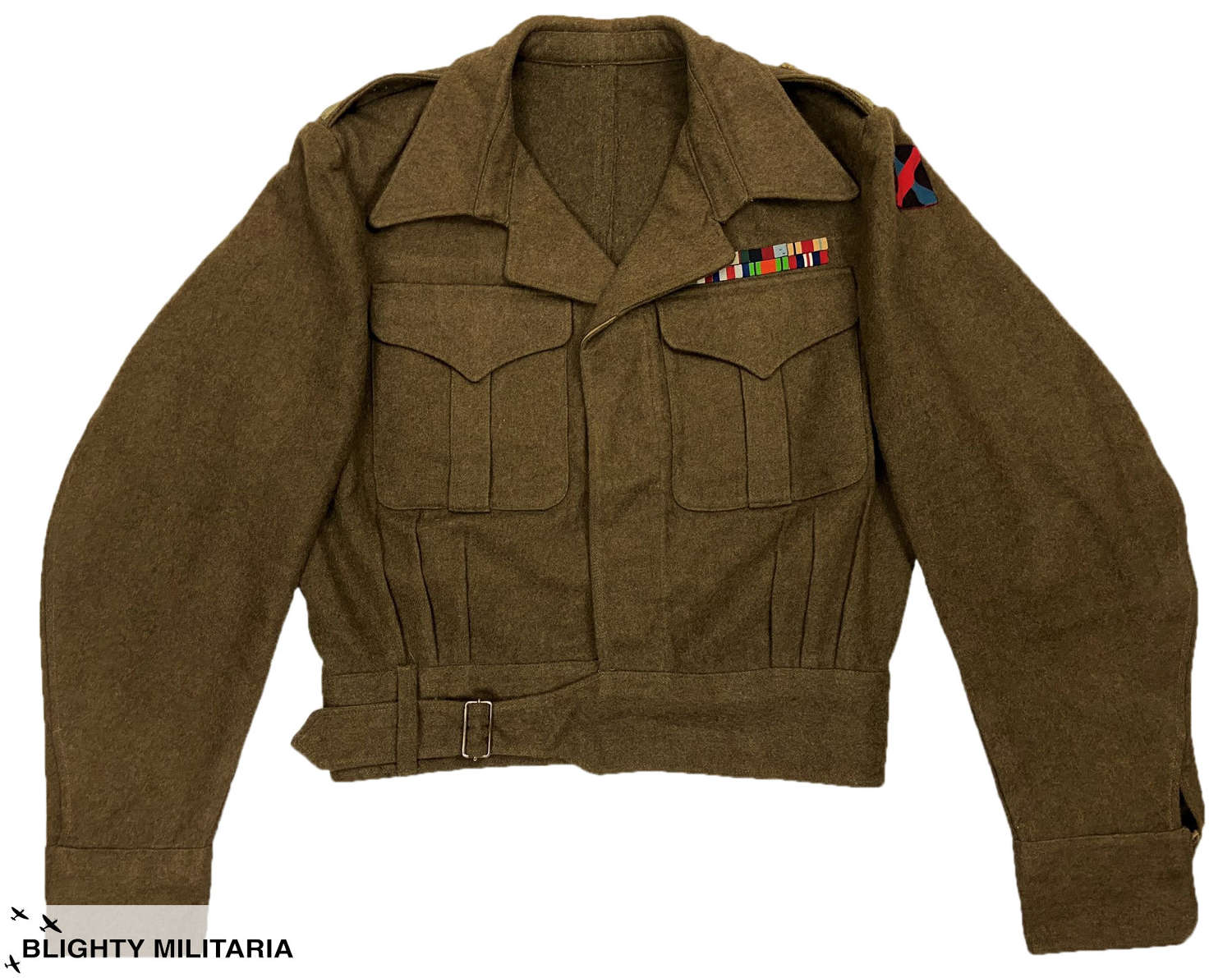 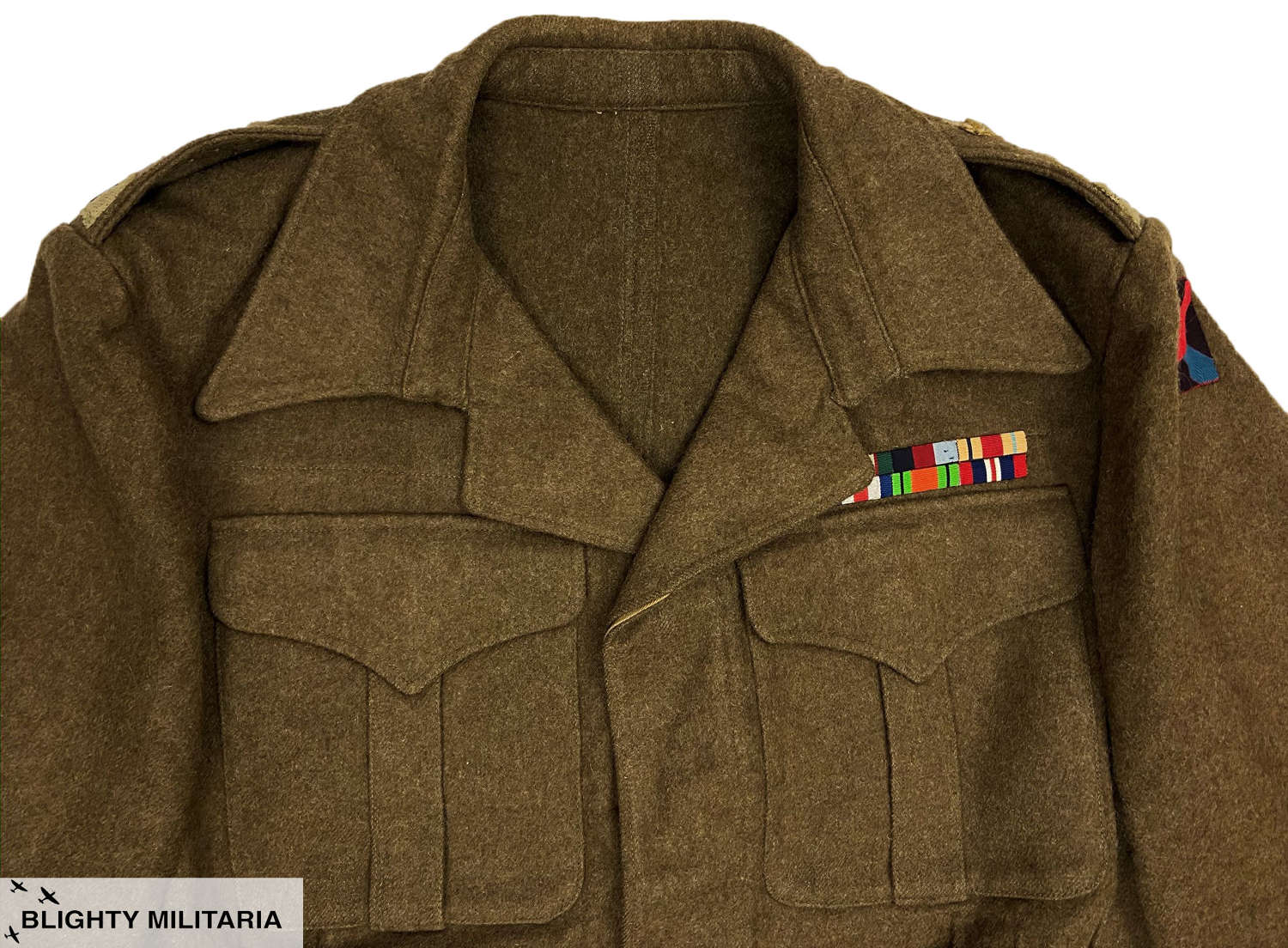 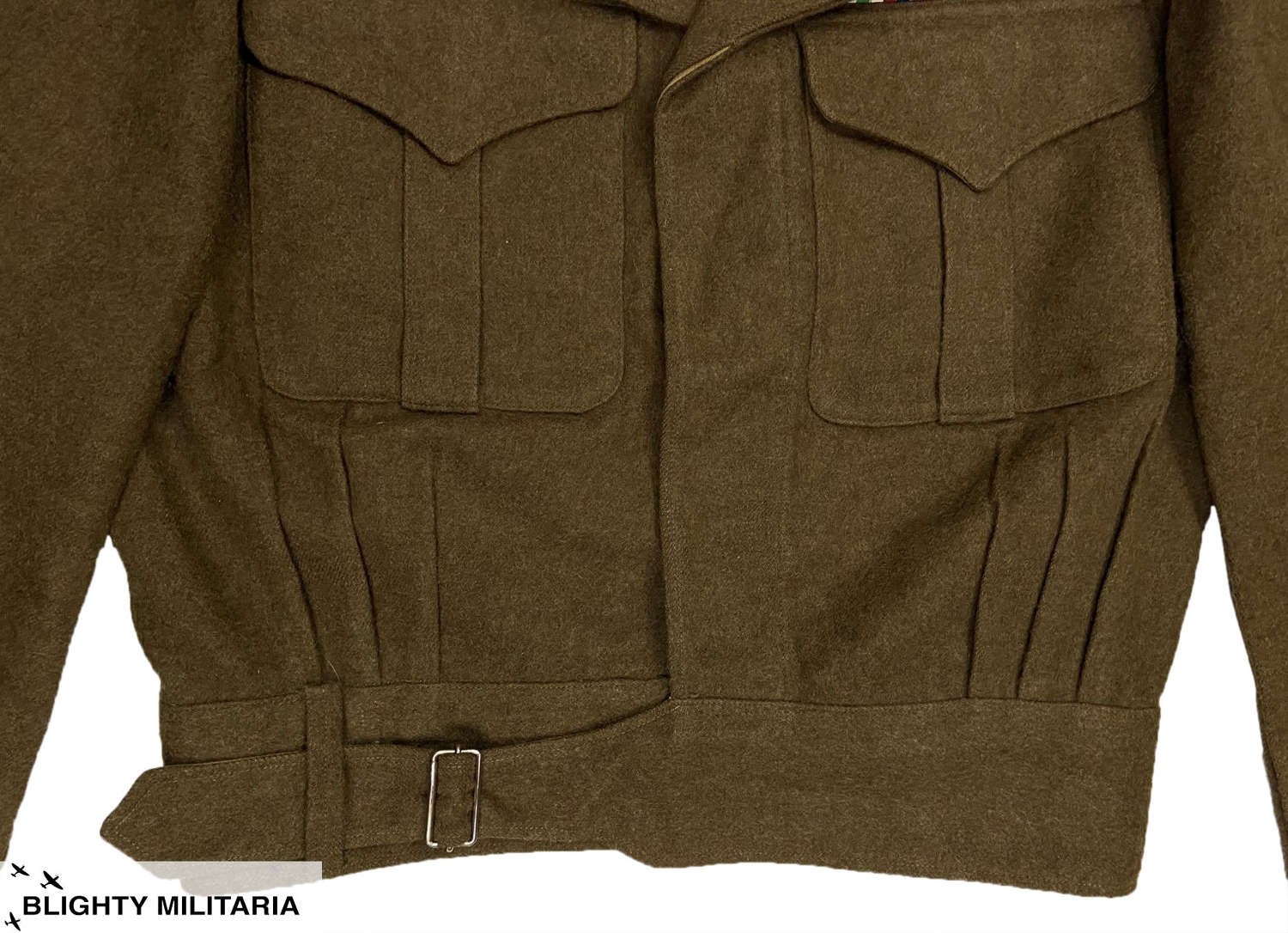 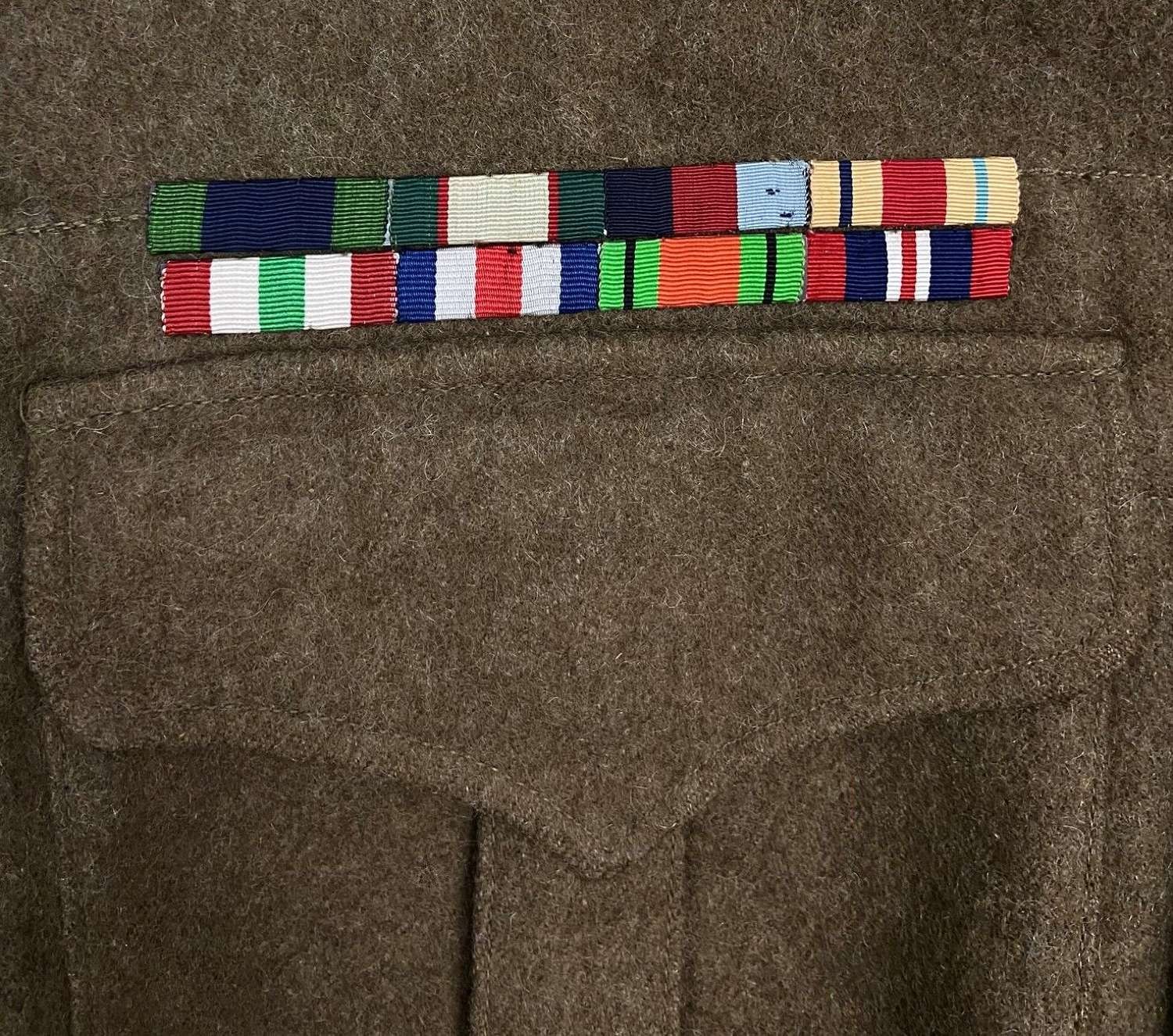 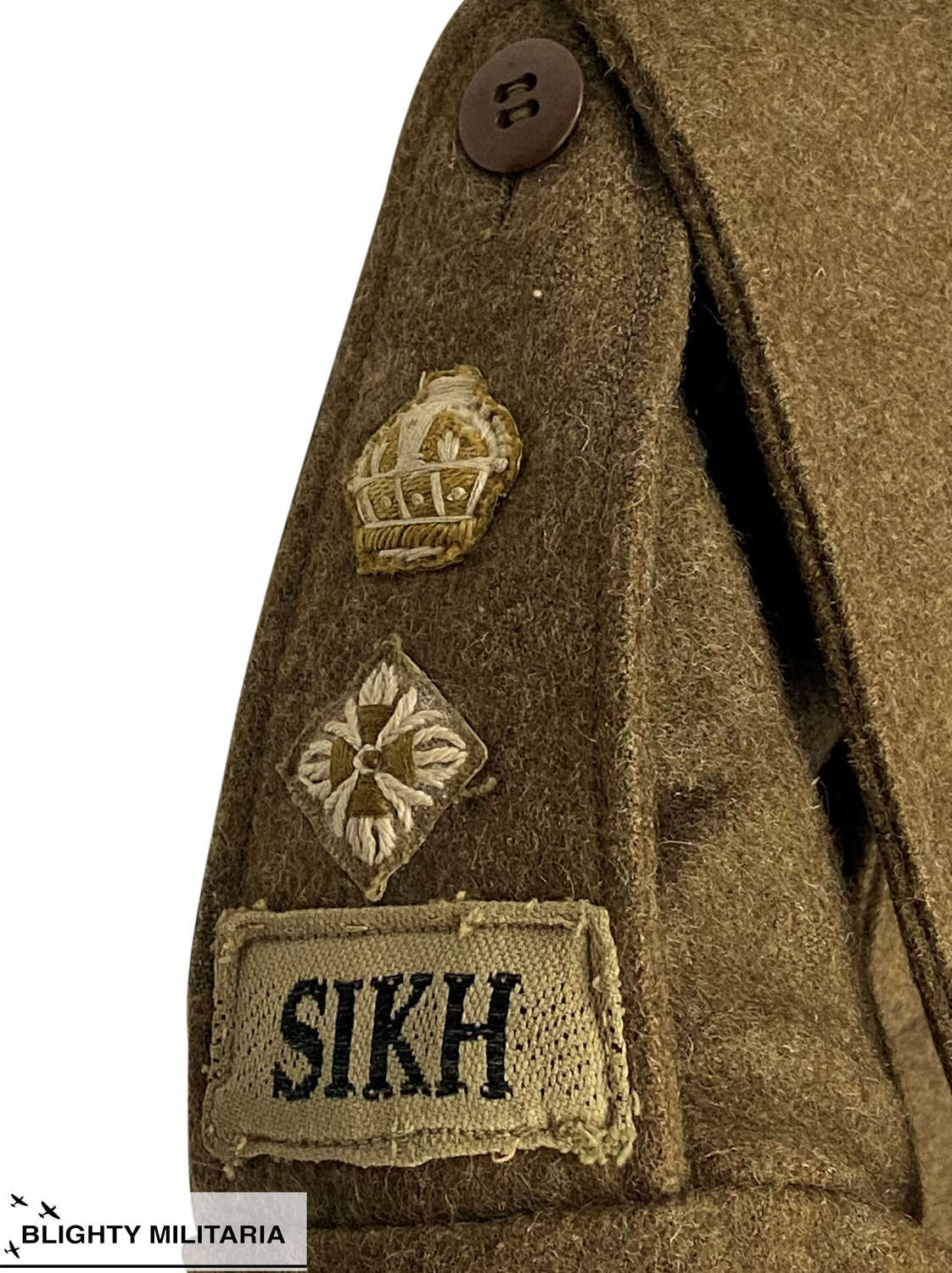 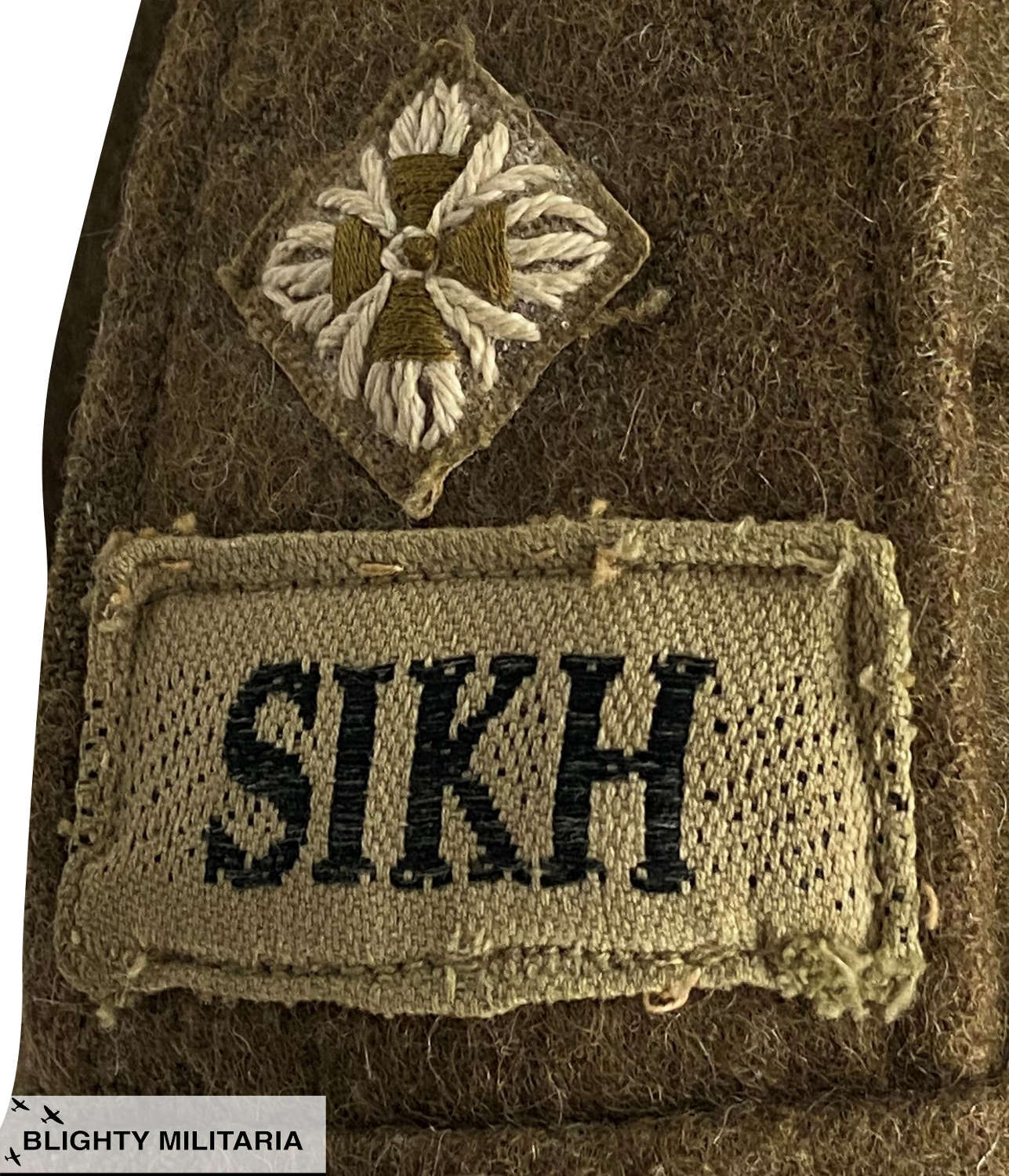 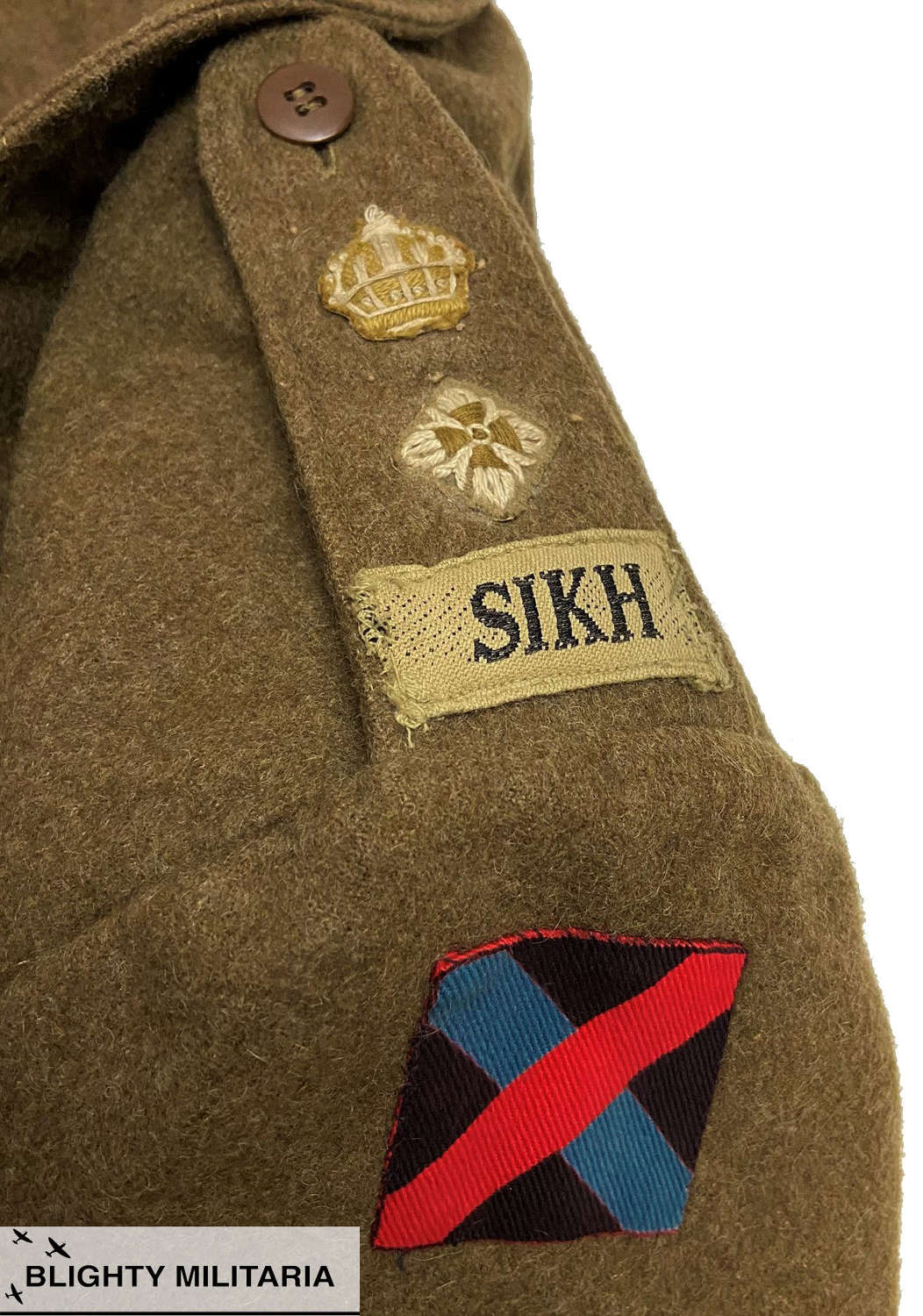 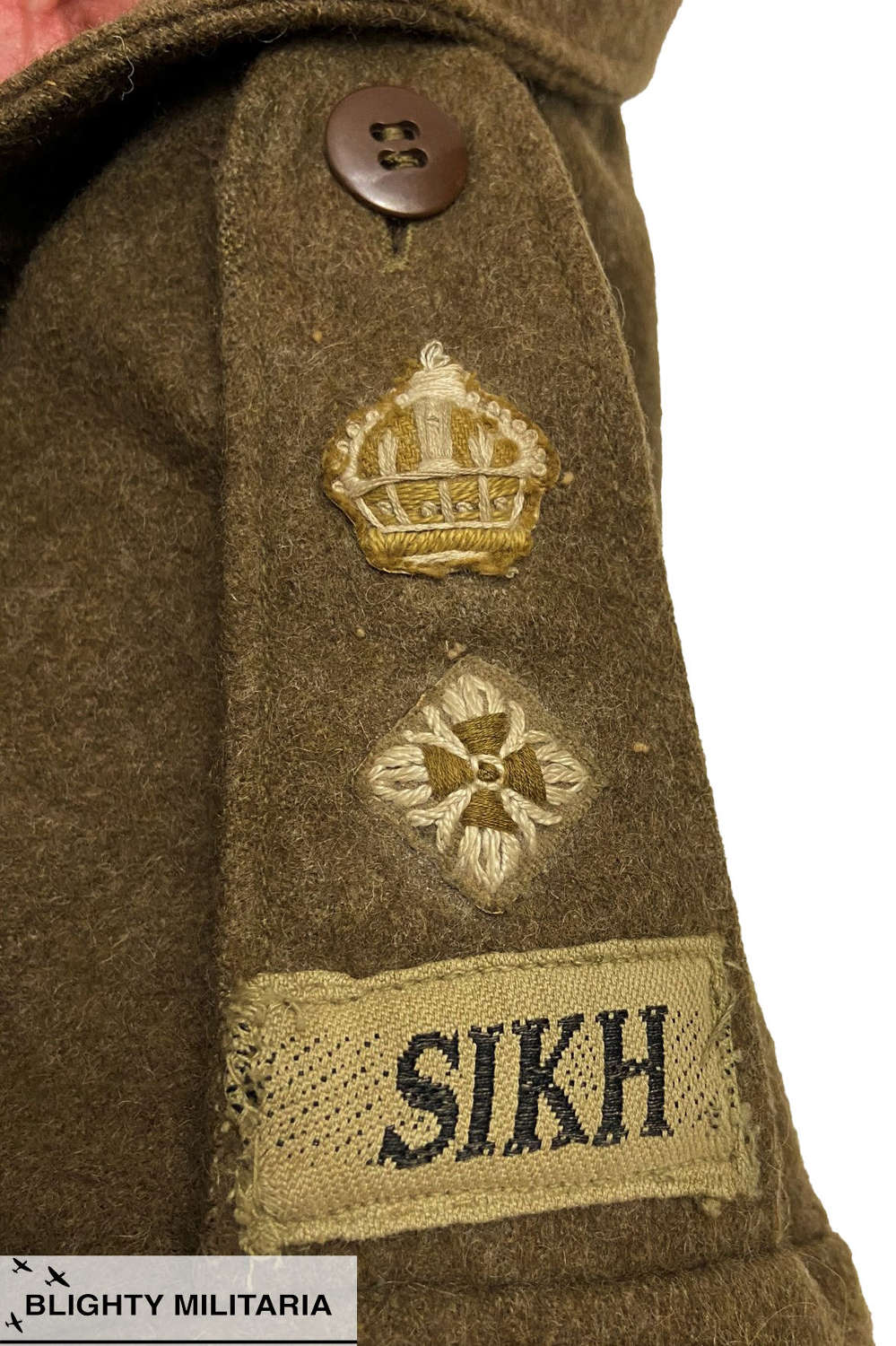 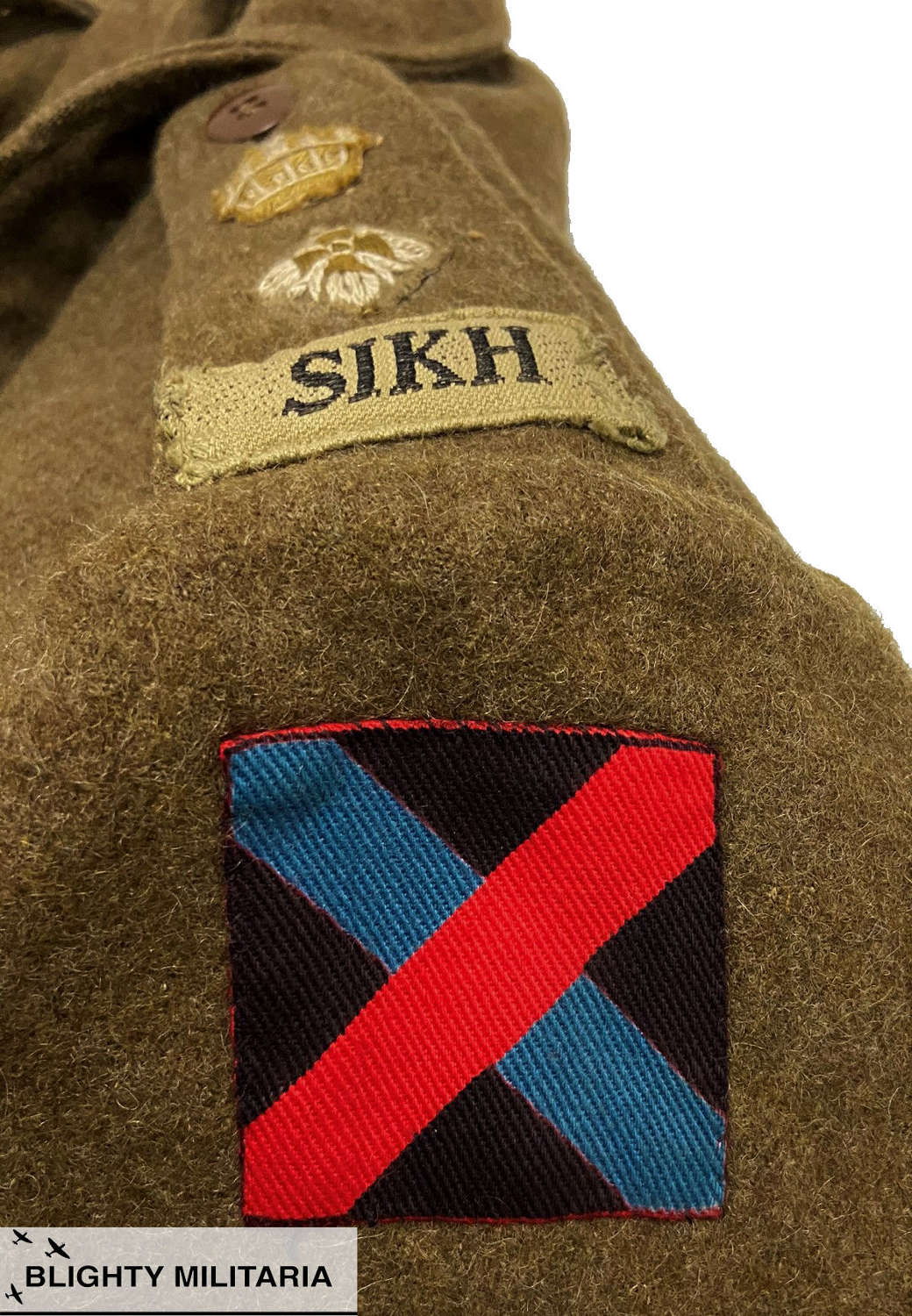 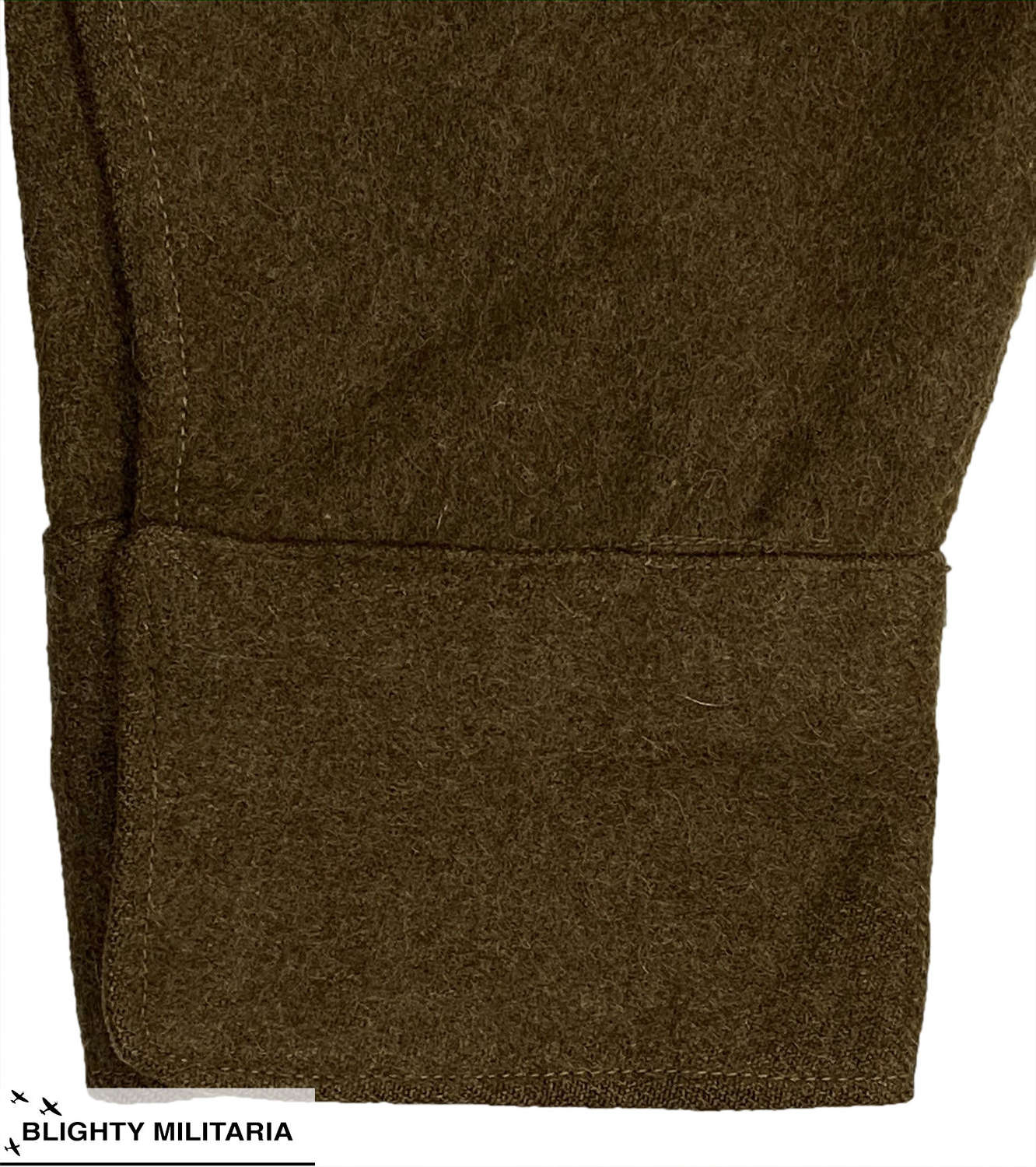 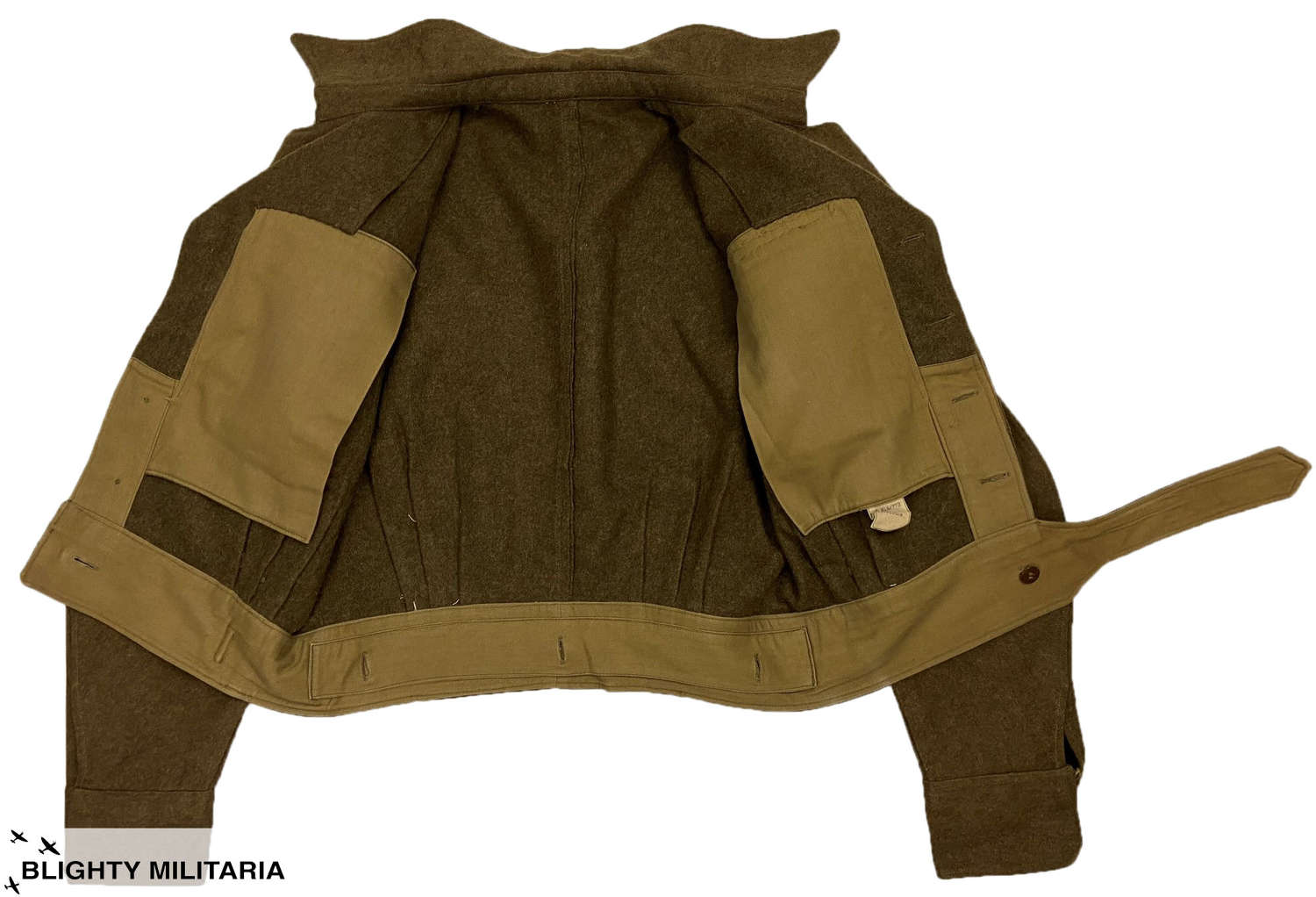 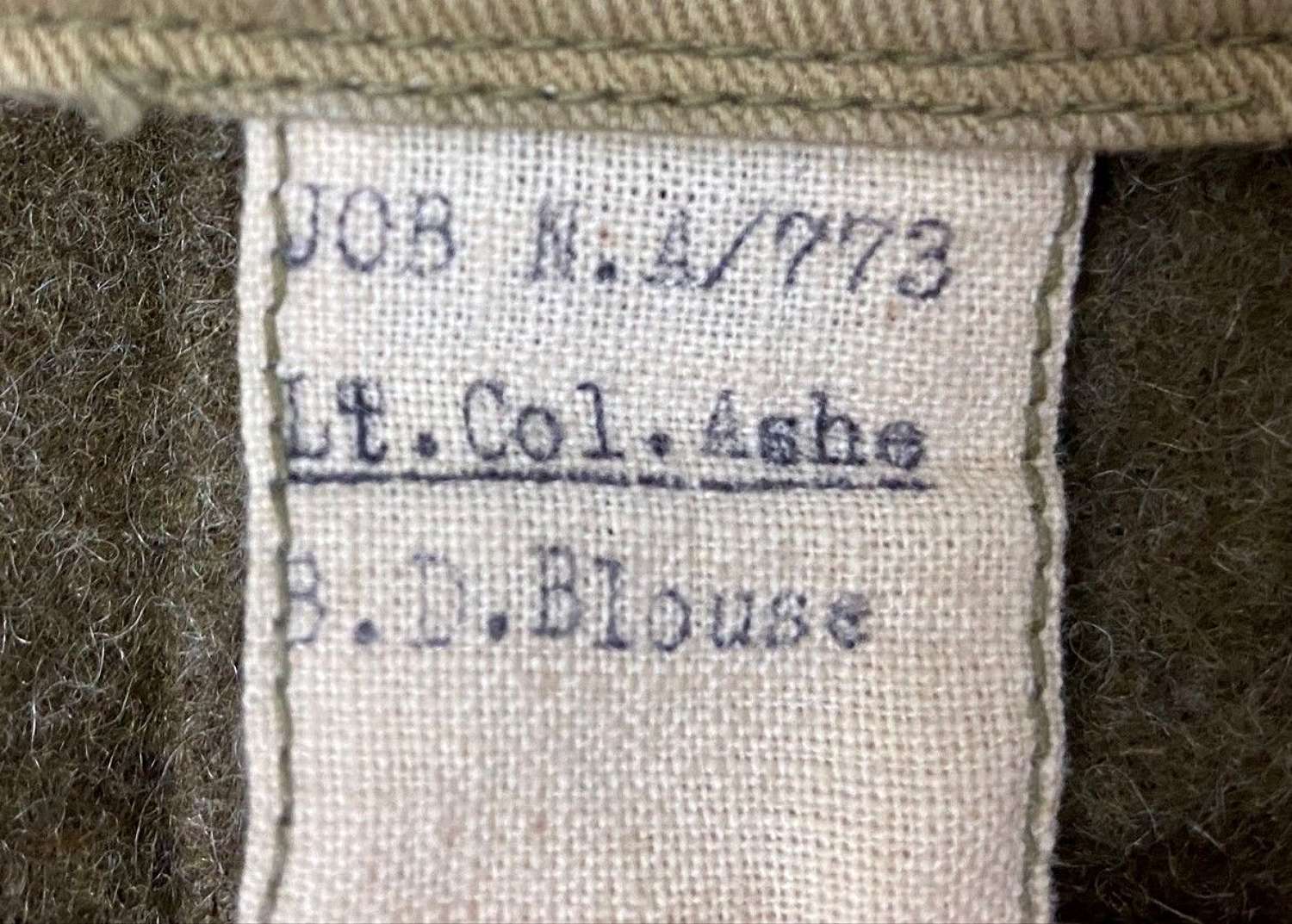 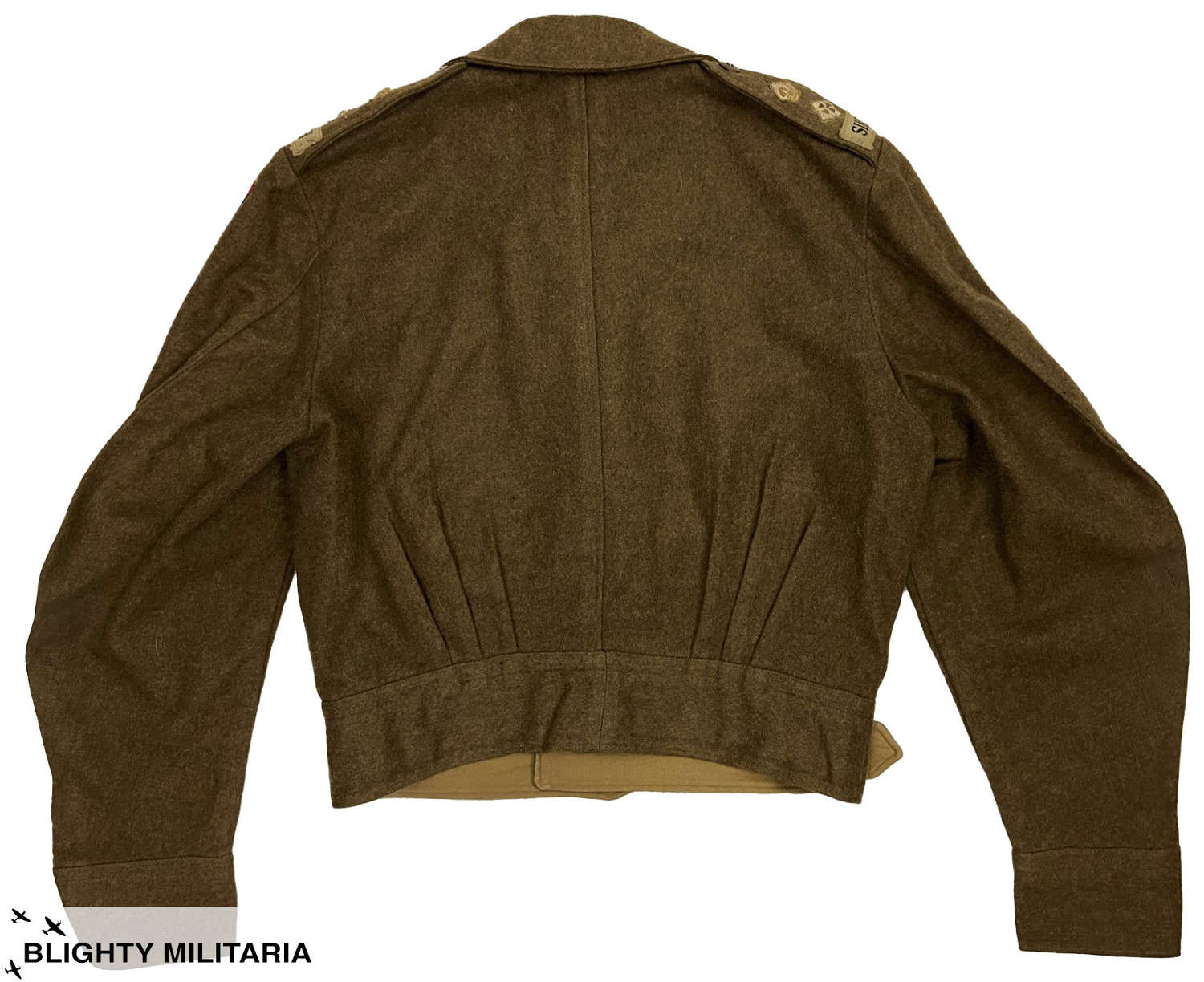