This pattern of overalls was produced in India in the mid-war period for issue to troops fighting in the Middle East and Far East. They were designed as mechanics overalls but also saw issue with armoured units amongst others. Whilst many of these overalls offered on the market today have post-war Dutch stamps, these overalls have not making them much more desirable.

The suit is made from a lightweight cotton and features a full button front. All of the original Indian pattern double ridge metal buttons are still present which is rare to find as they have usually been replaced. A map pocket is fitted to the left thigh and a similar, smaller pocket is fitted to the left breast. A mandarin collar is fitted to the top of the overalls and there is a hidden spanner pocket to the right leg seam. The rear of the overalls features a cinch back which has two button positions rather than the usual adjustable belt - typically simple Indian design. To the right and below this is a First Field Dress pocket in the same position as fitted on many Indian made shorts and trousers.

Inside the overalls the standard Indian circular stamp is present and bears the date of August 1944. The makers initials of 'U.A.M.C' are also present as is the circular size stamp which bears a 6 inside it.

The overalls are a good size which will suit around a 38" - 40" chest depending on desired fit. When laid flat they measure -

The overalls are in good condition with no major signs of wear or use. They don't appear to have ever been worn or issued with the only small flaw being a slight defect to the material on the leg as detailed in picture 16 which may be a manufacturing flaw. Please study the pictures before purchasing and bear in mind that these are a vintage, pre-owned item which may have small issues commensurate with age.

A nice original pair of wartime overalls with some great details! 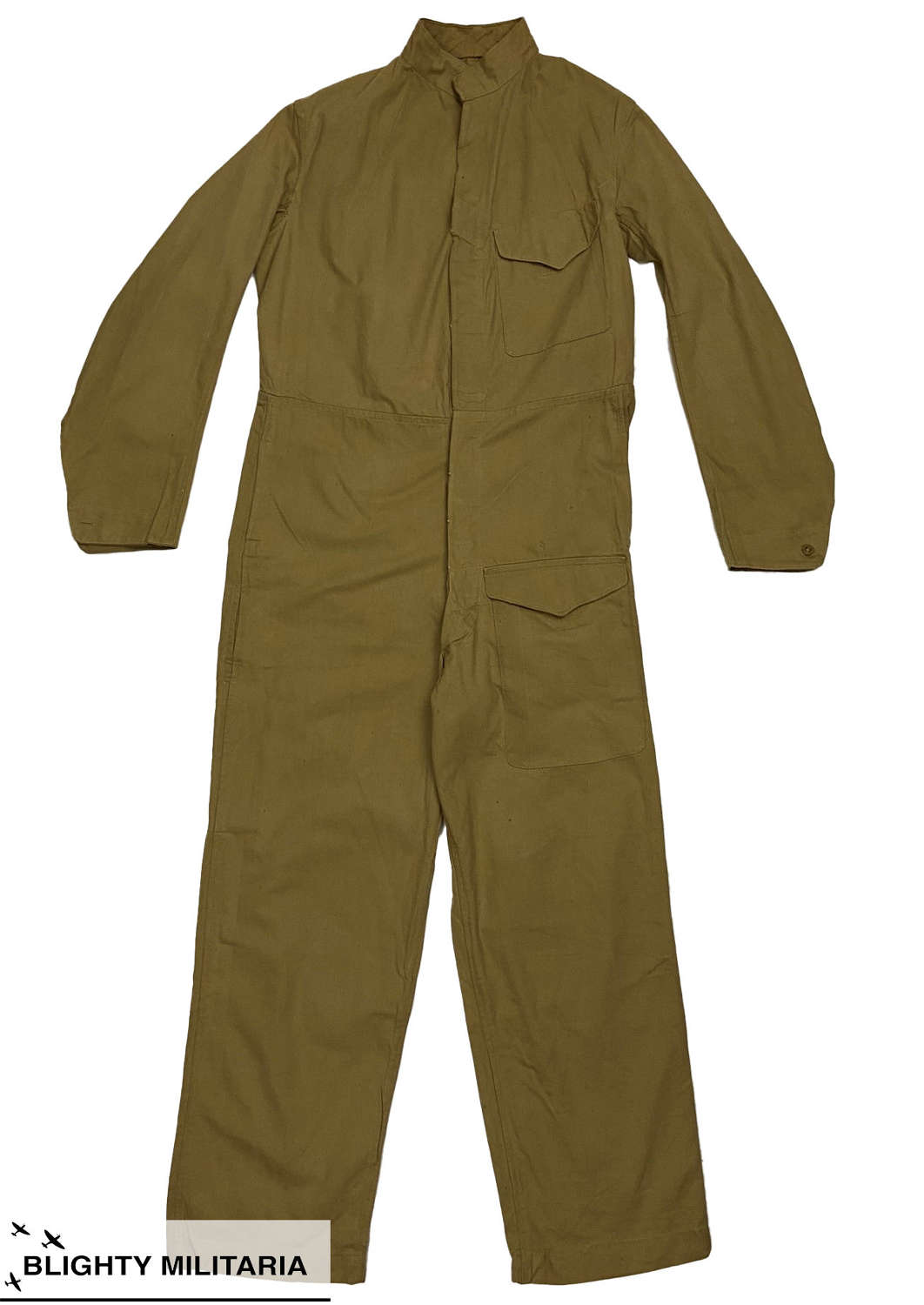 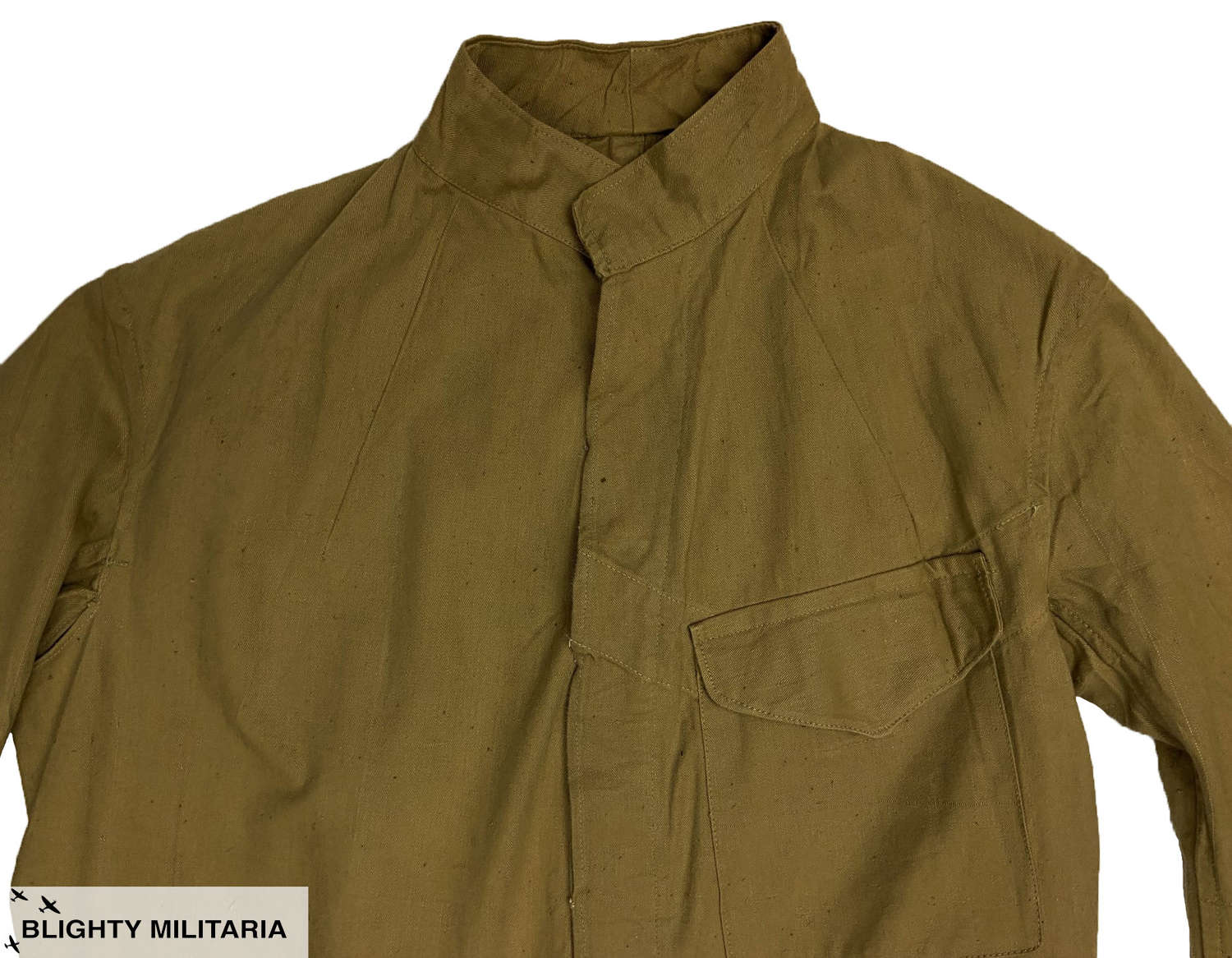 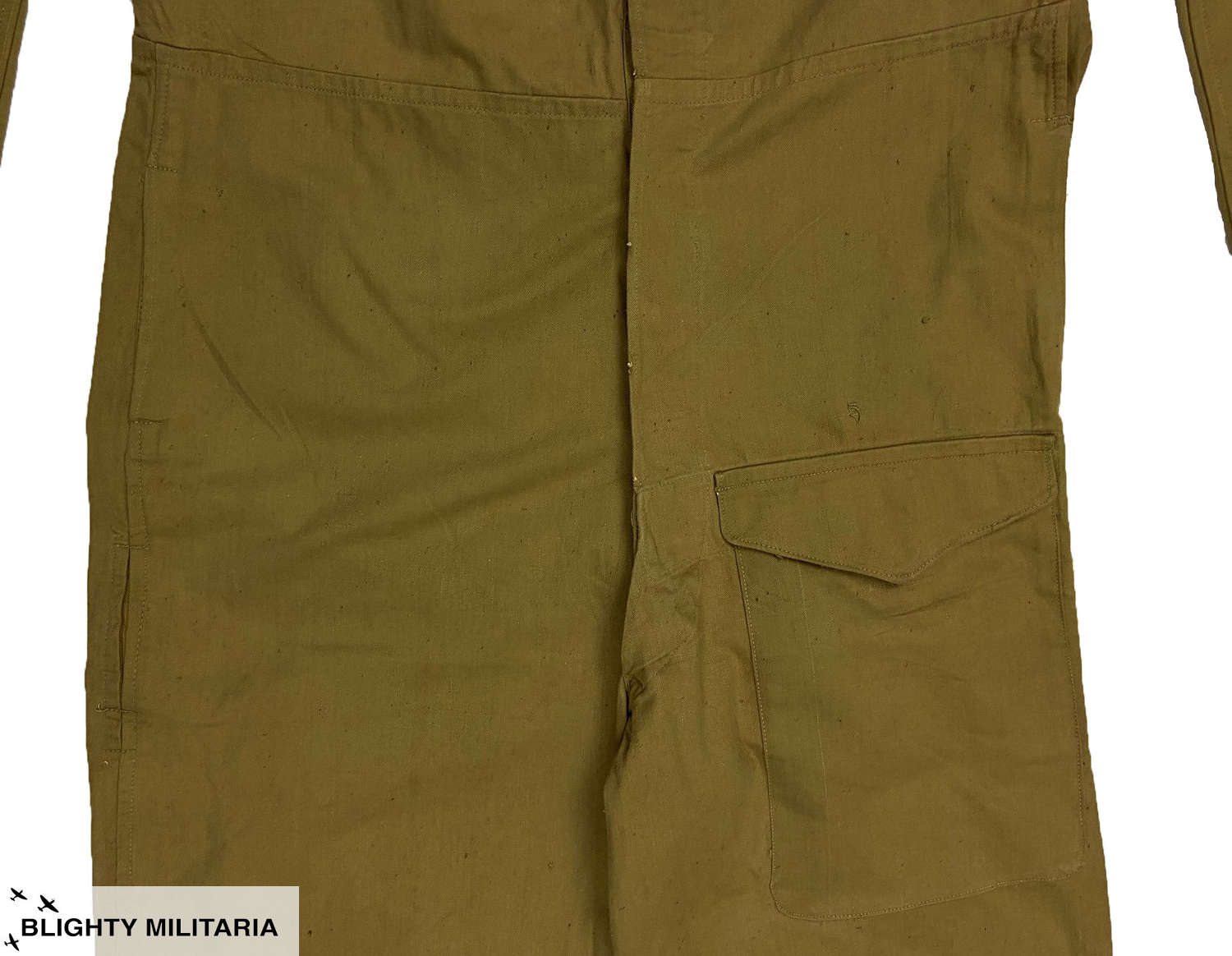 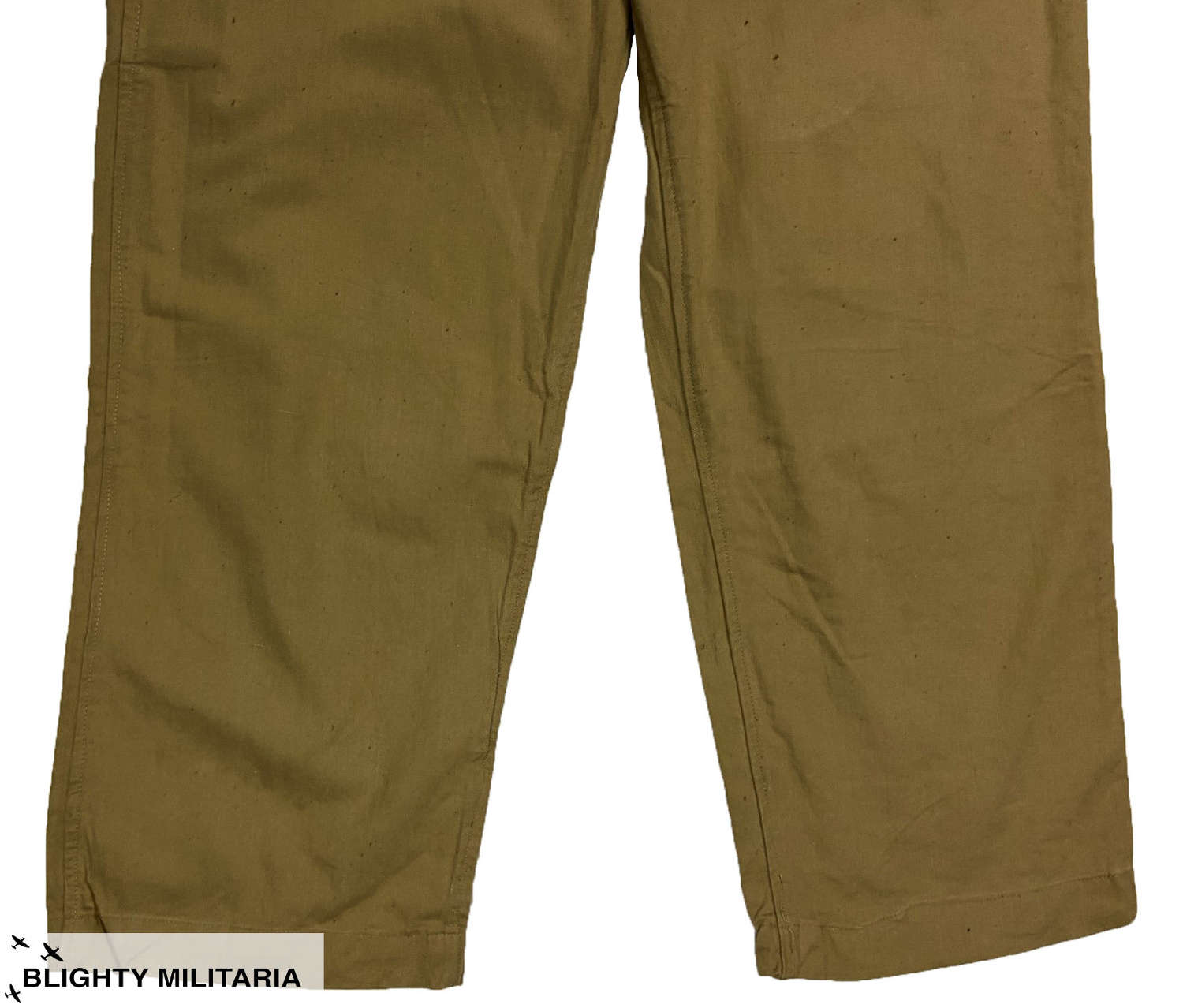 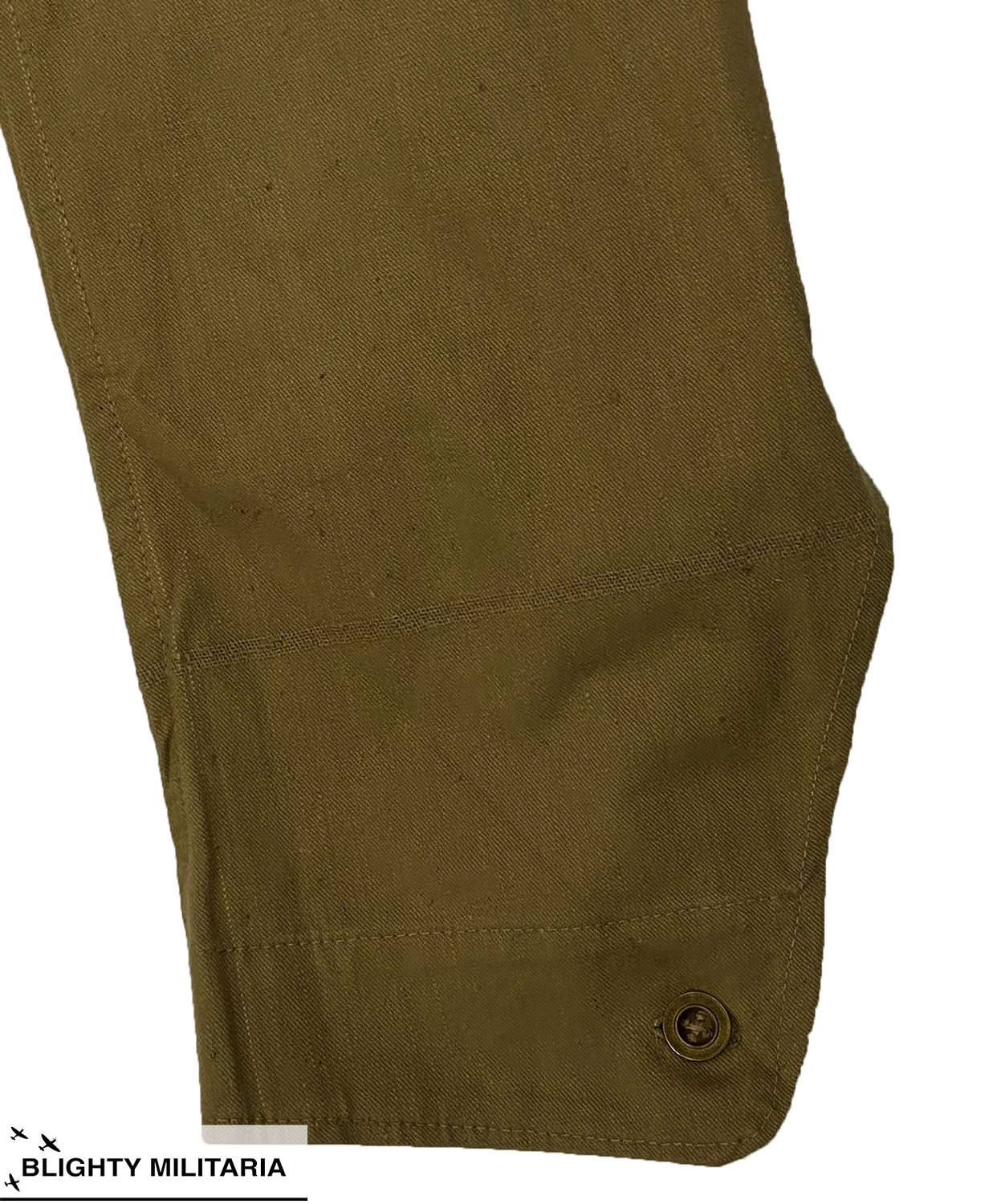 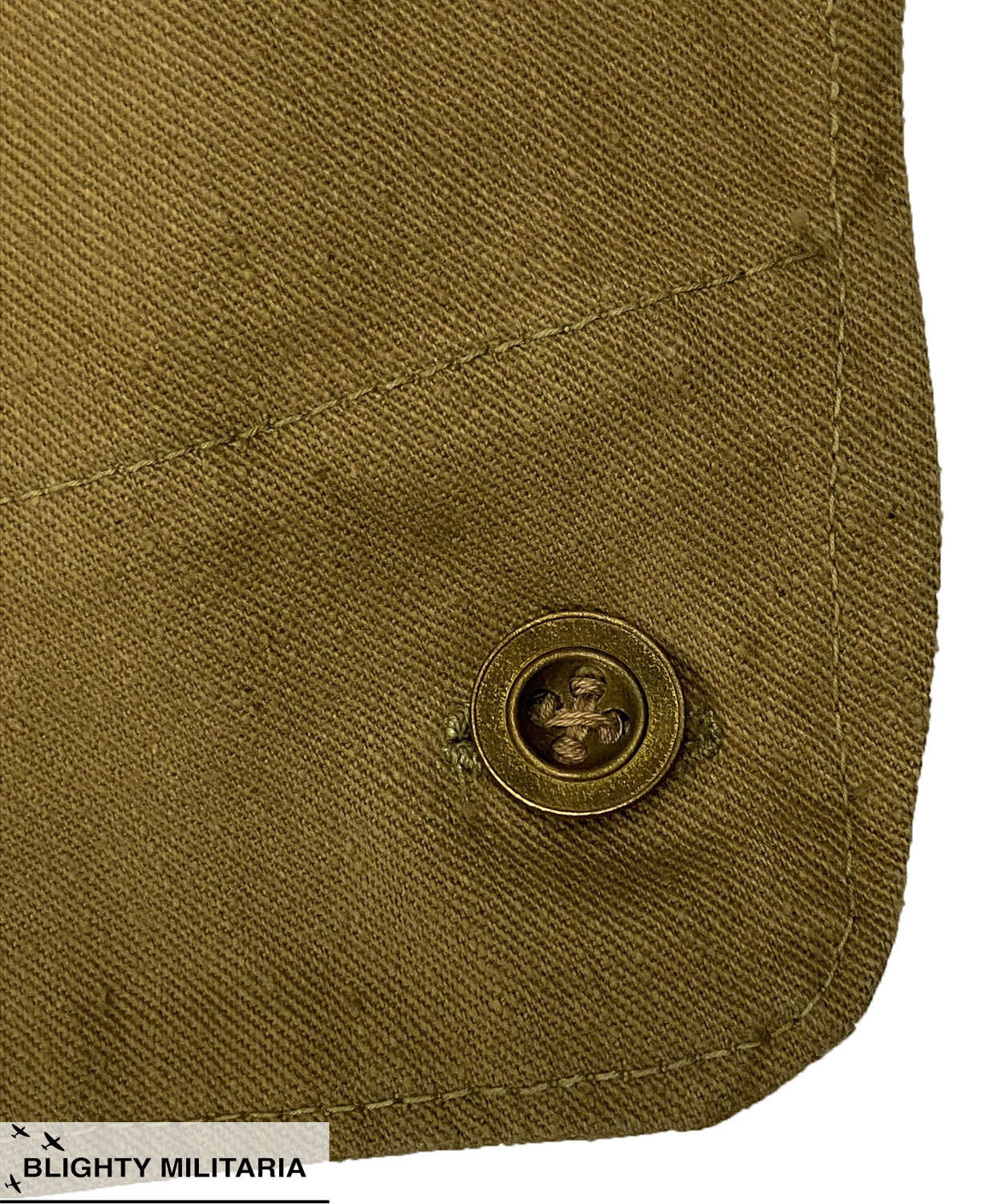 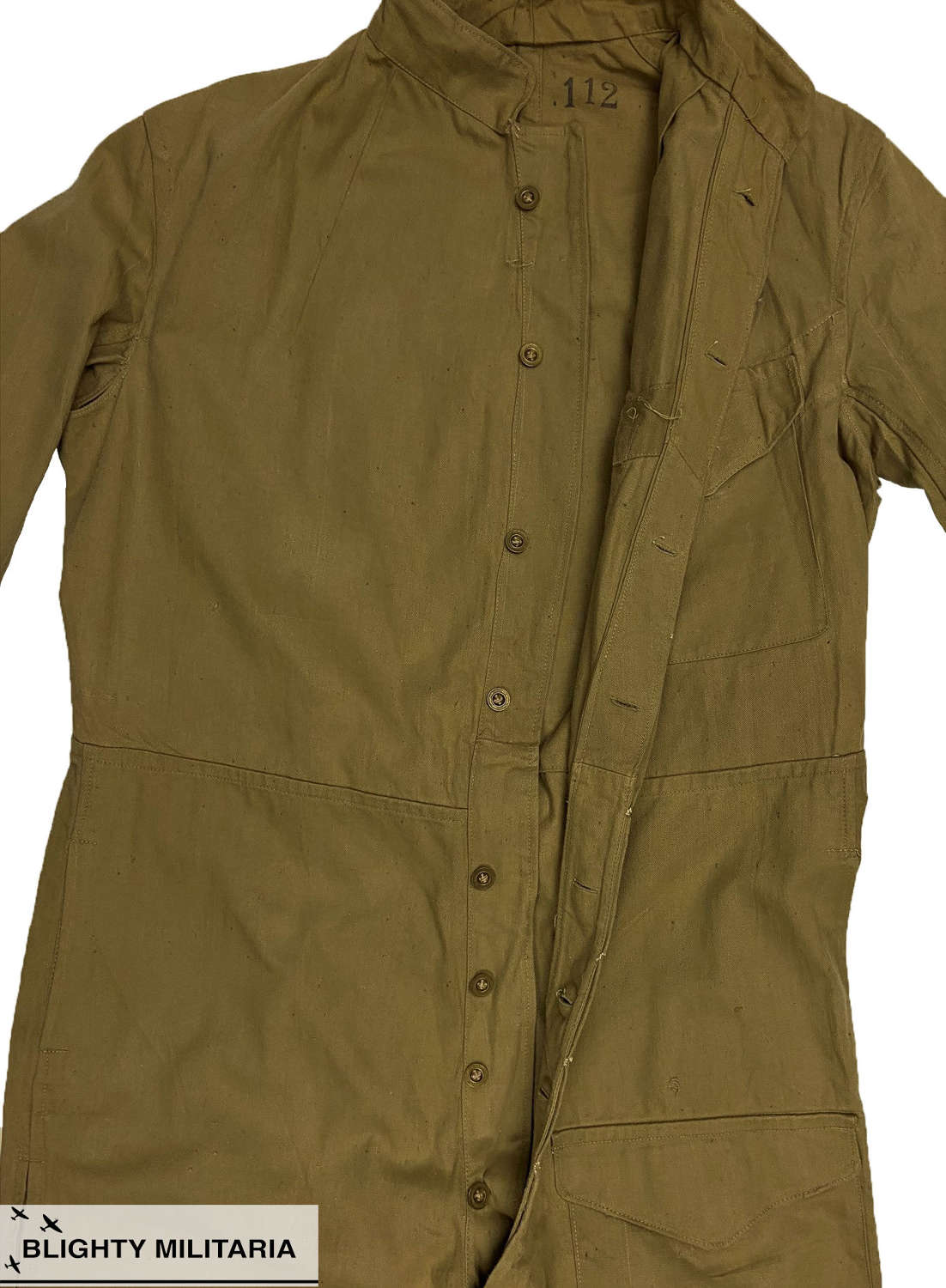 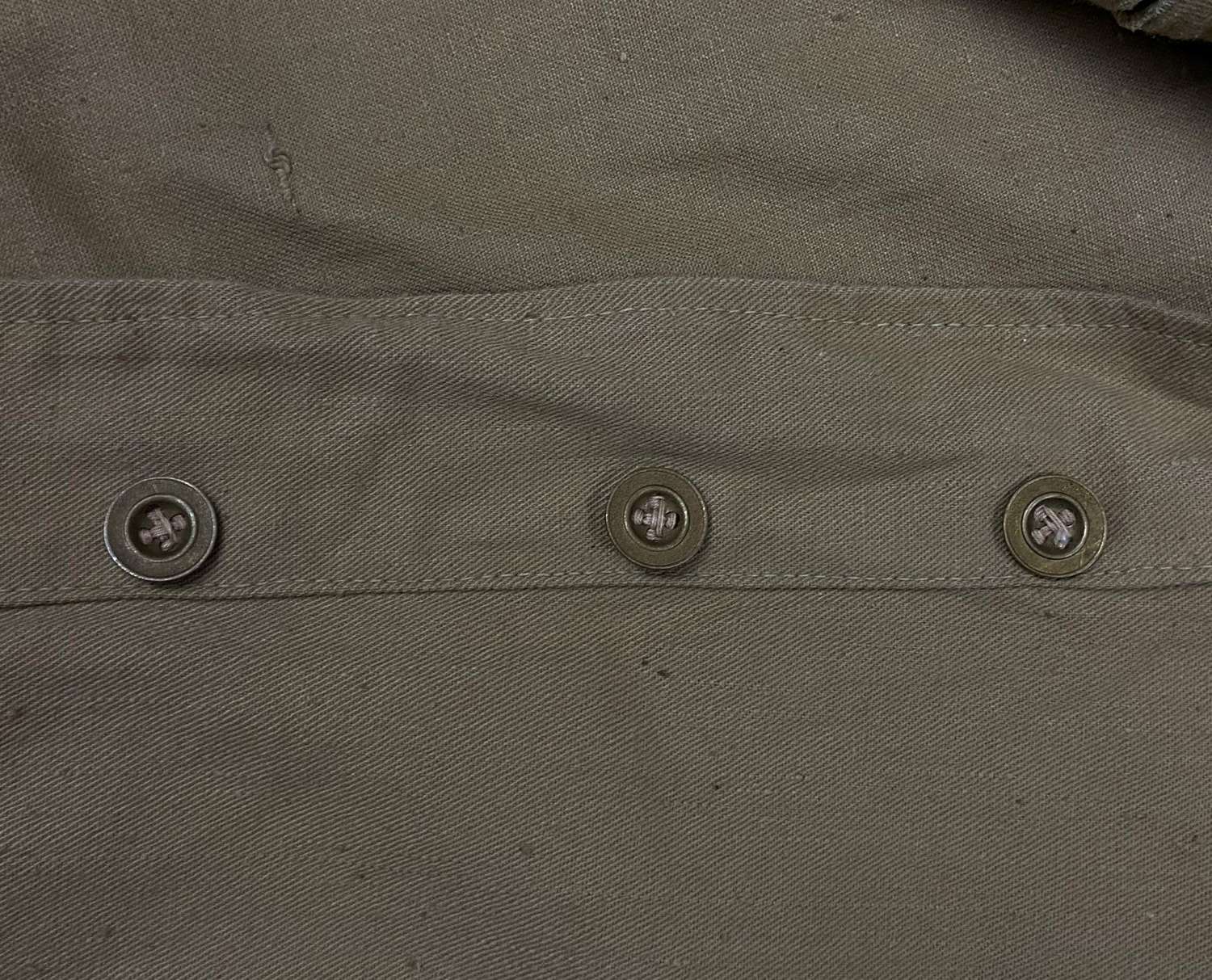 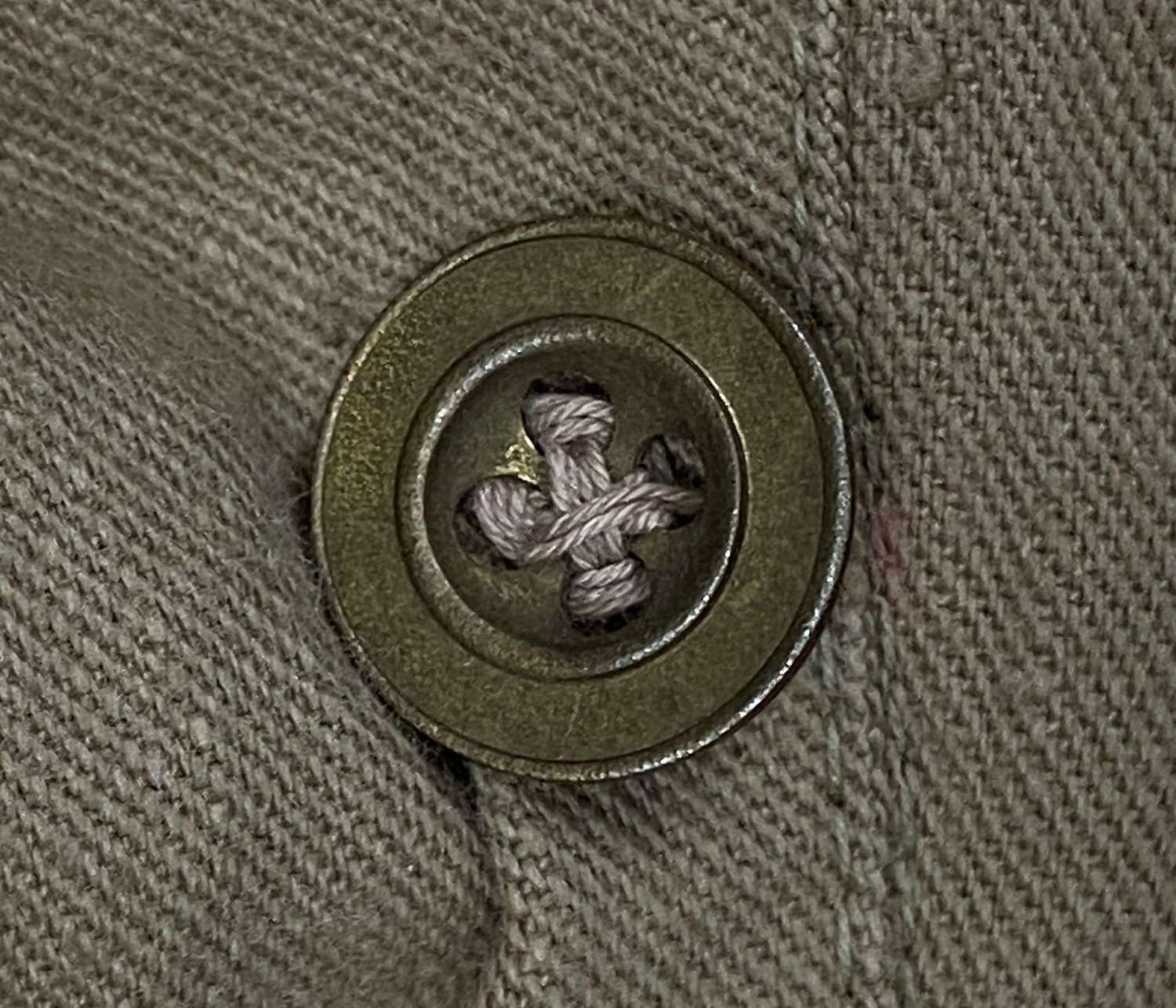 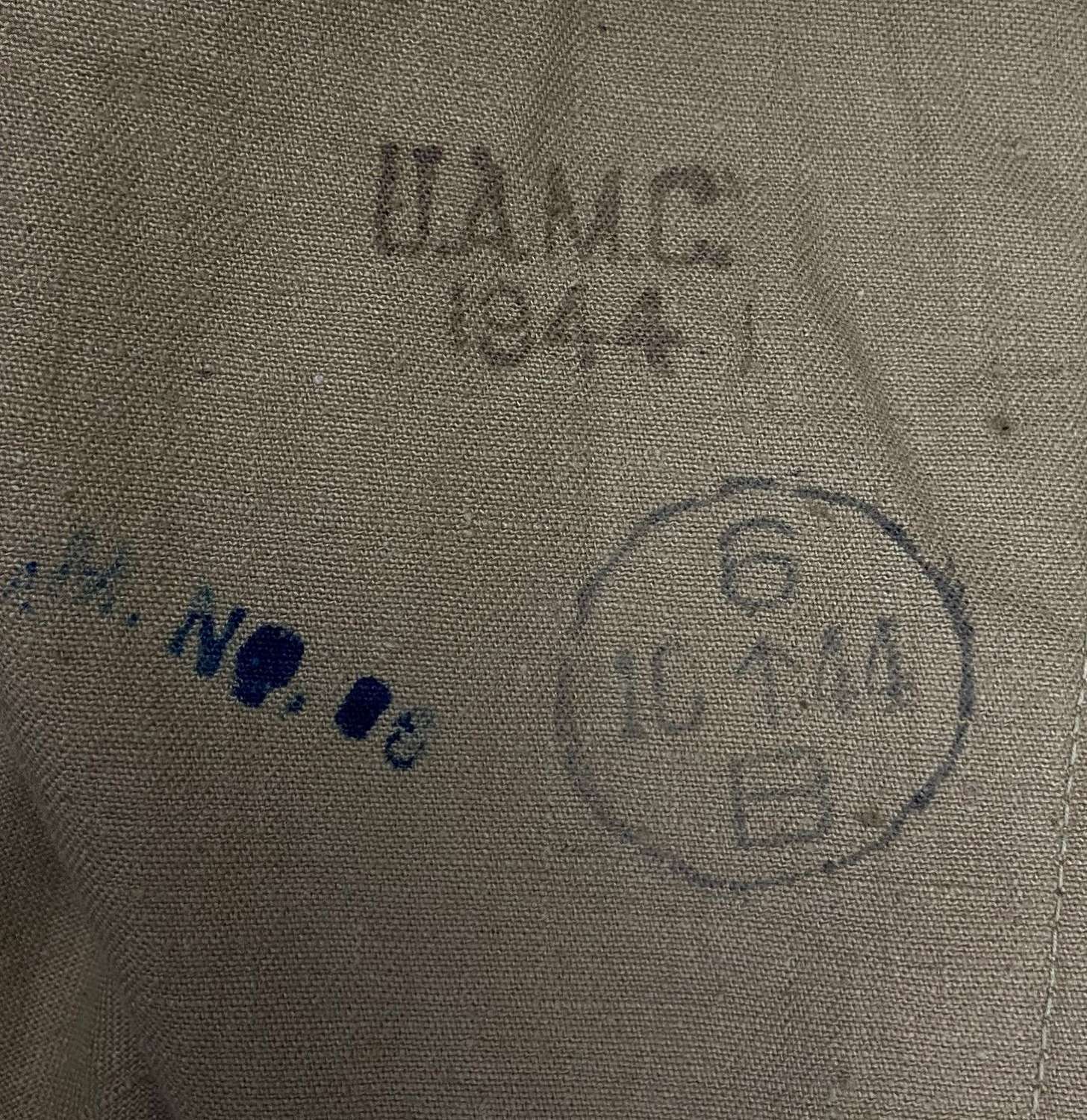 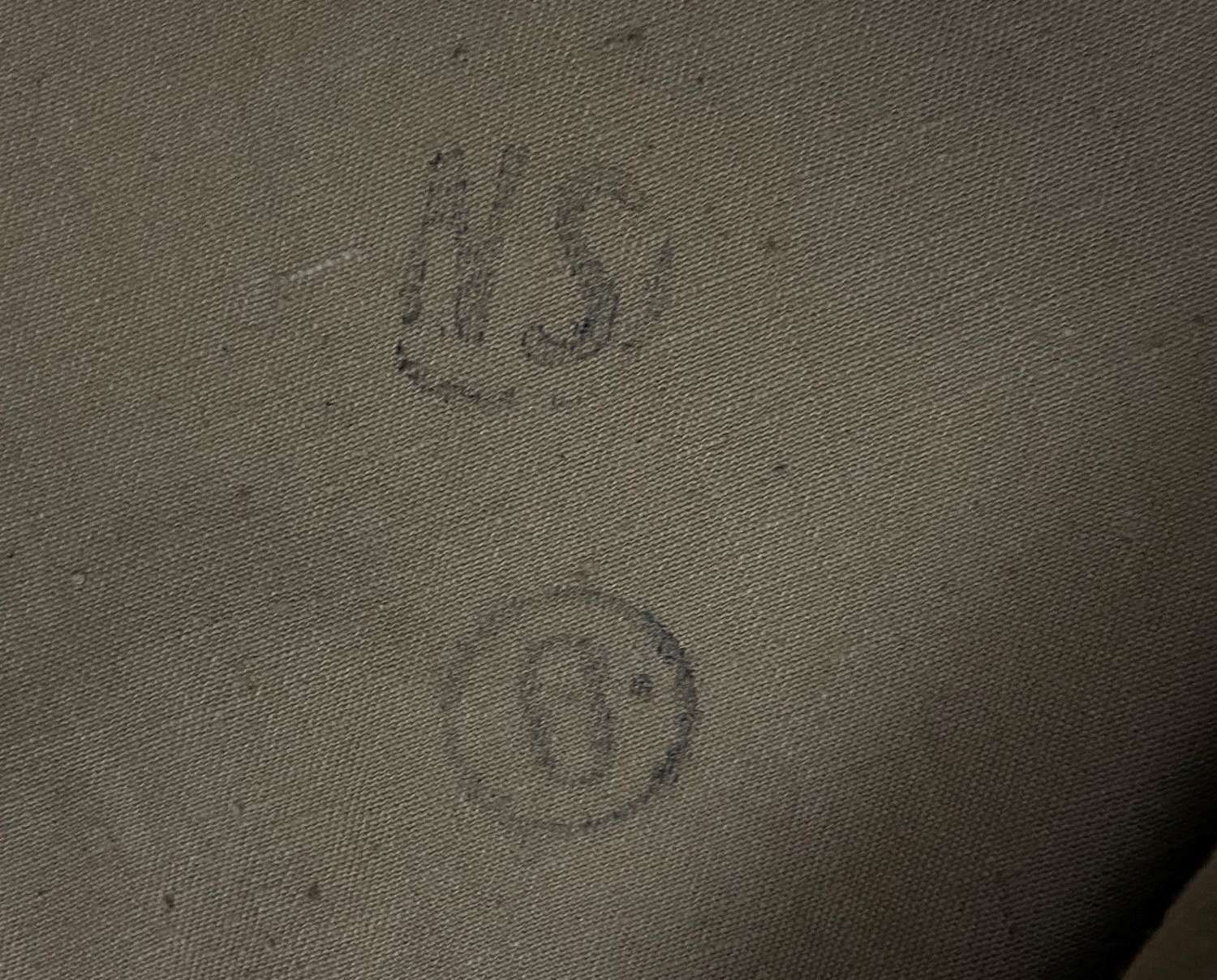 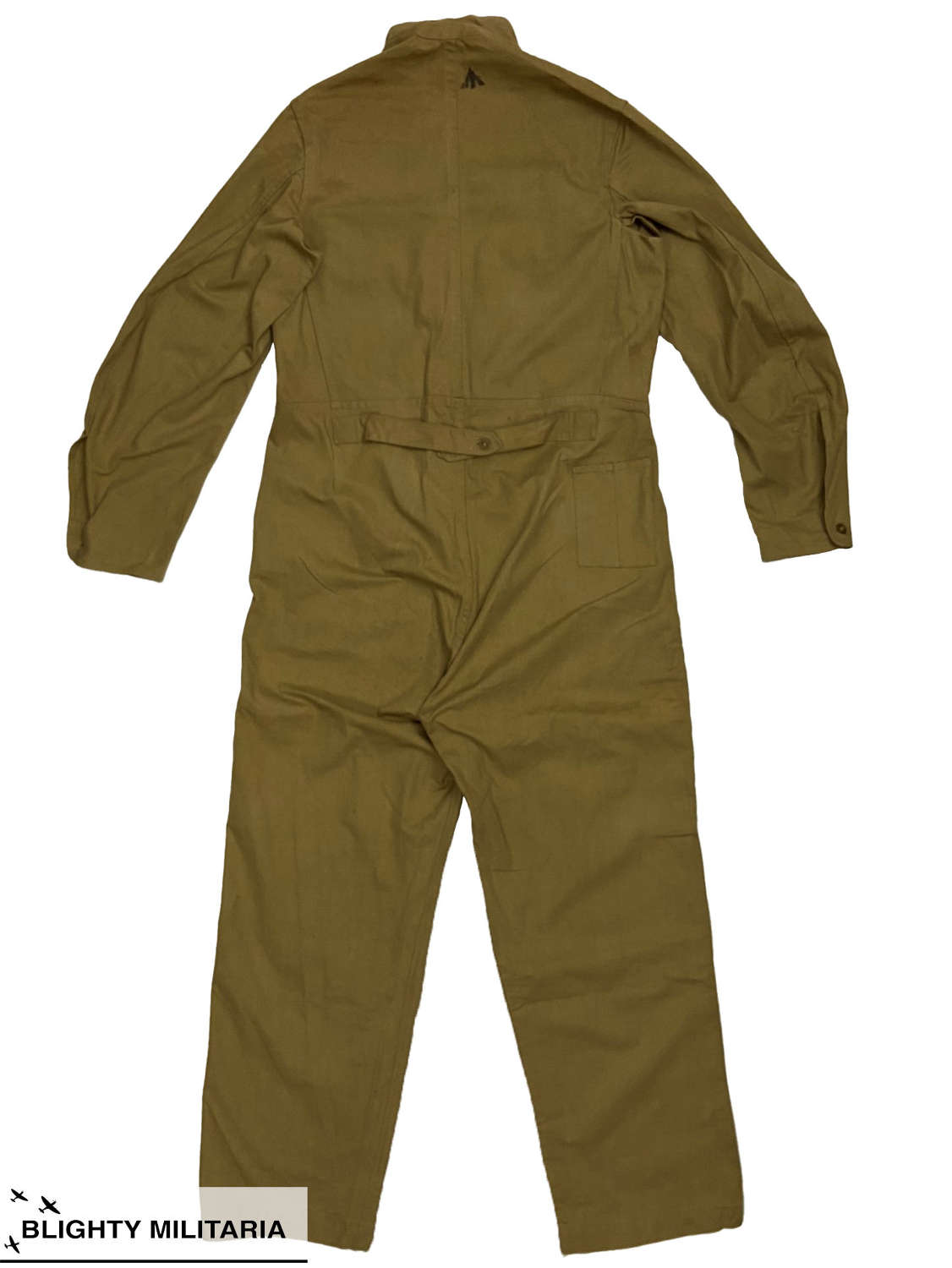 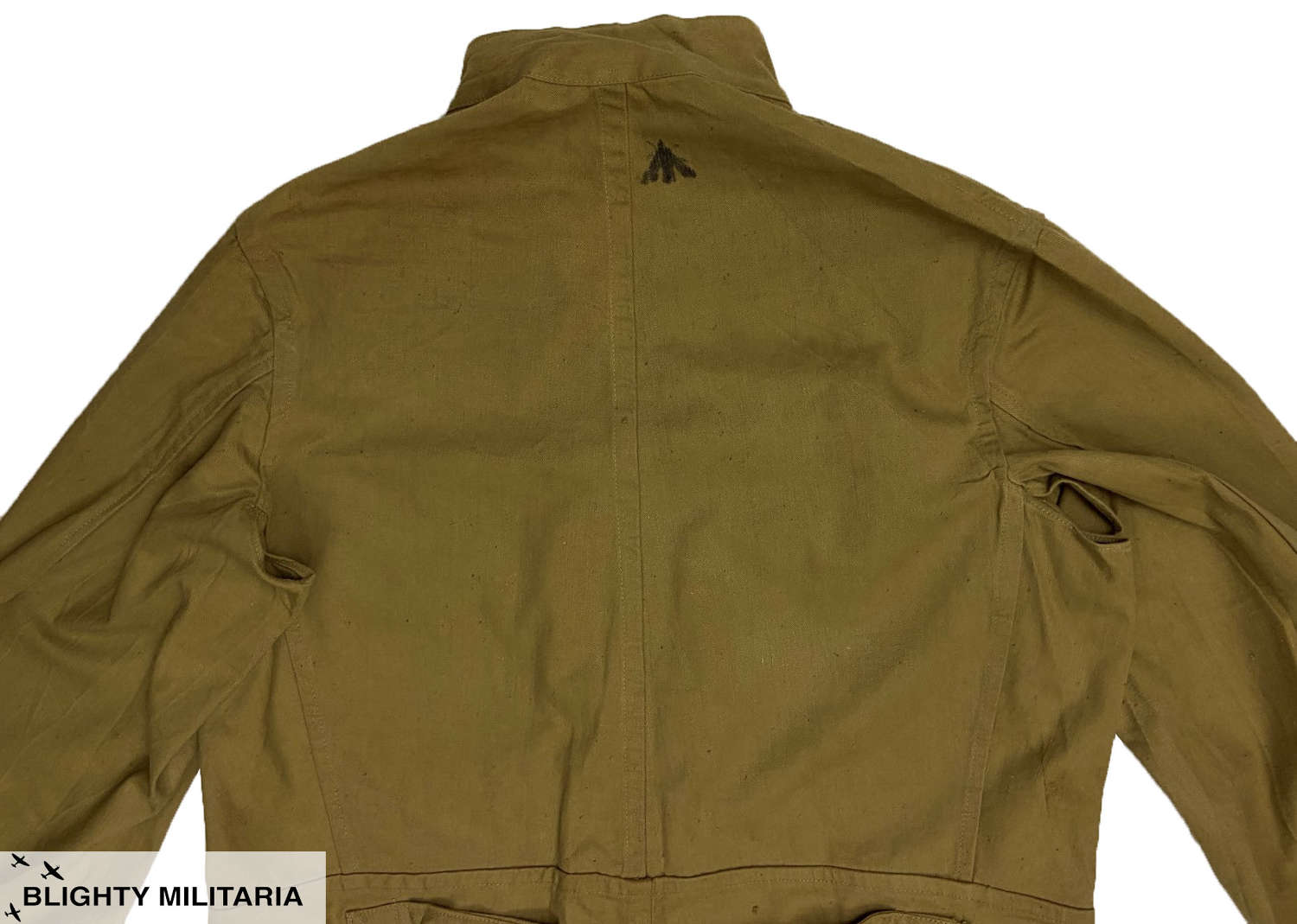 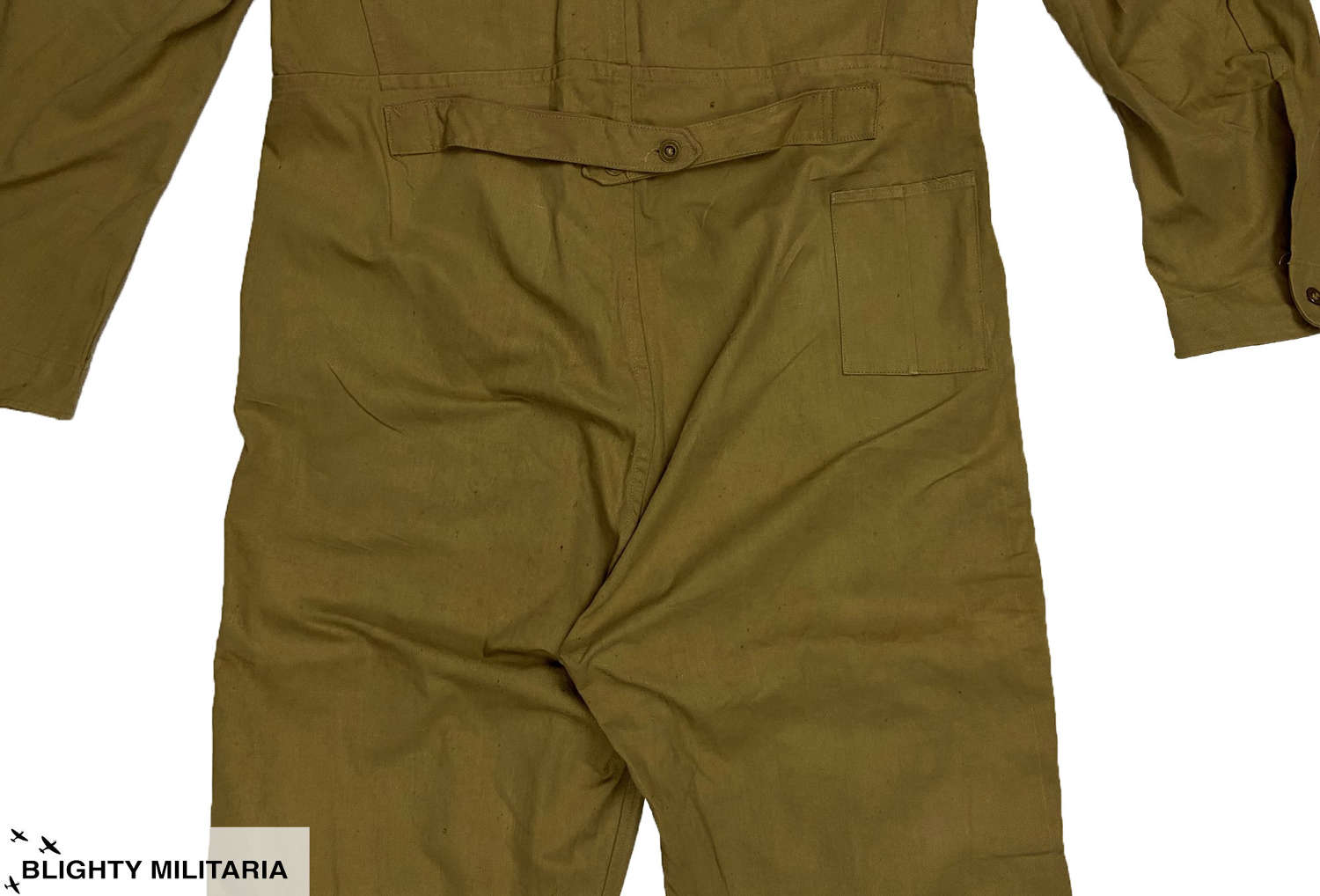 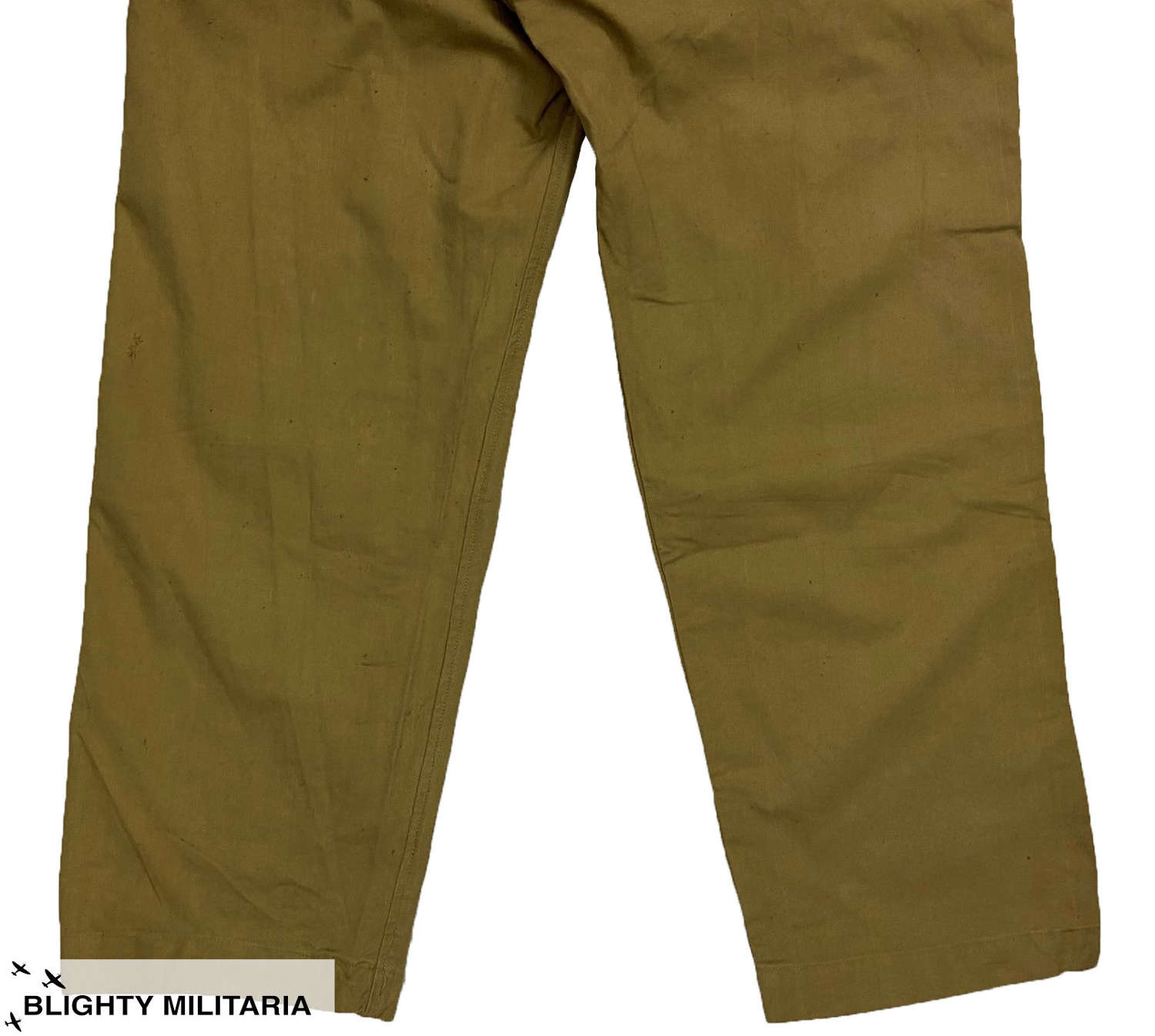 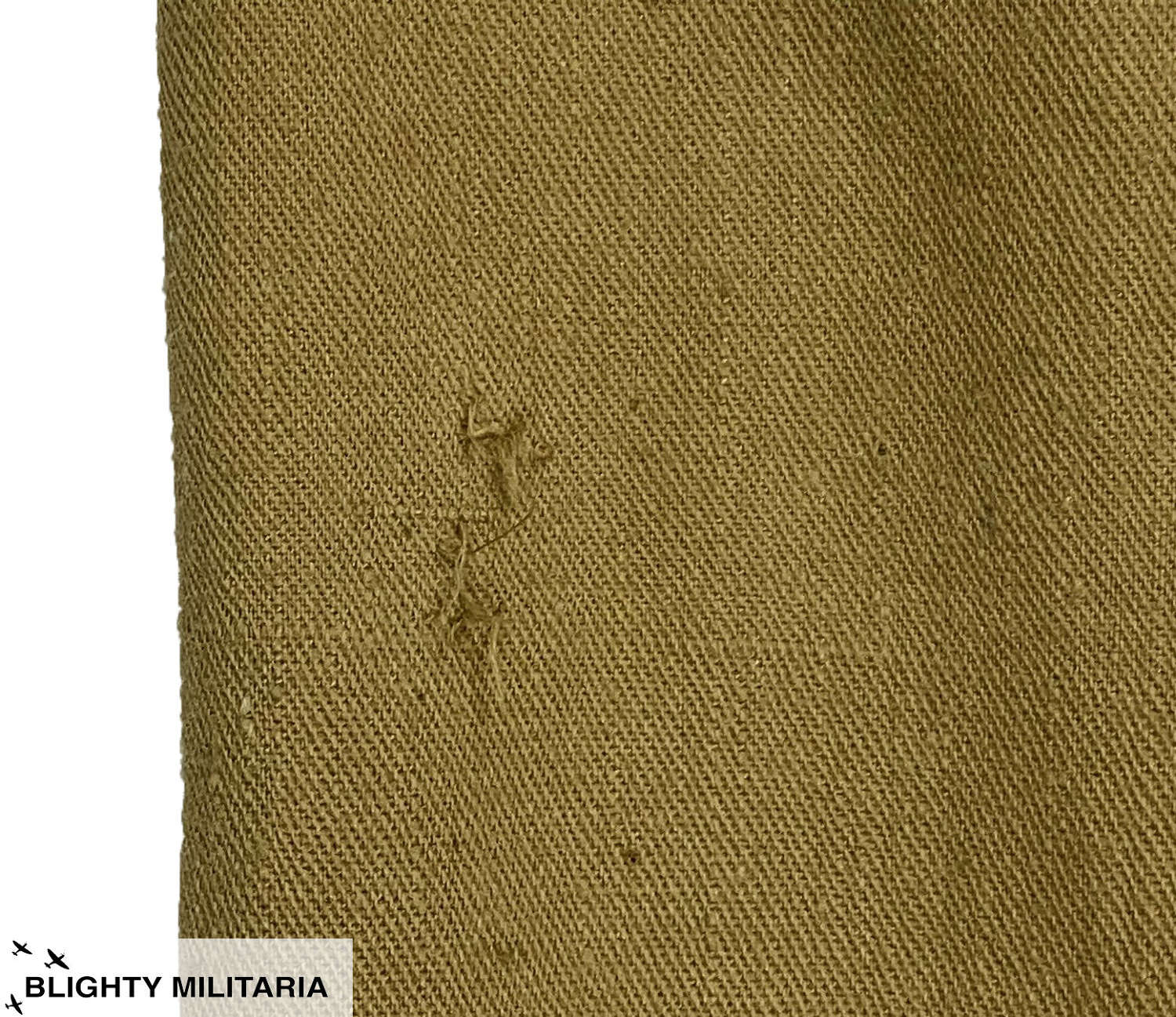 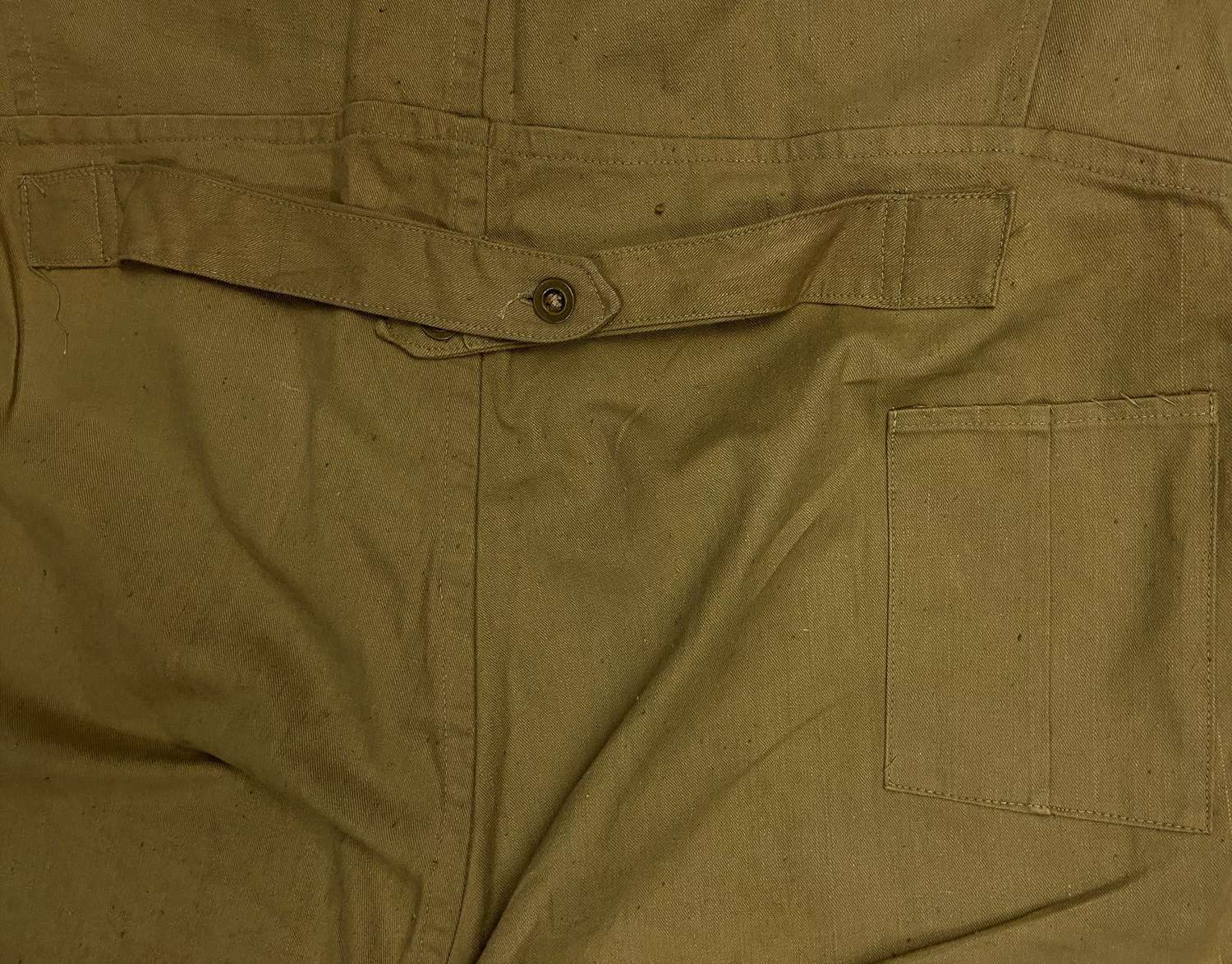 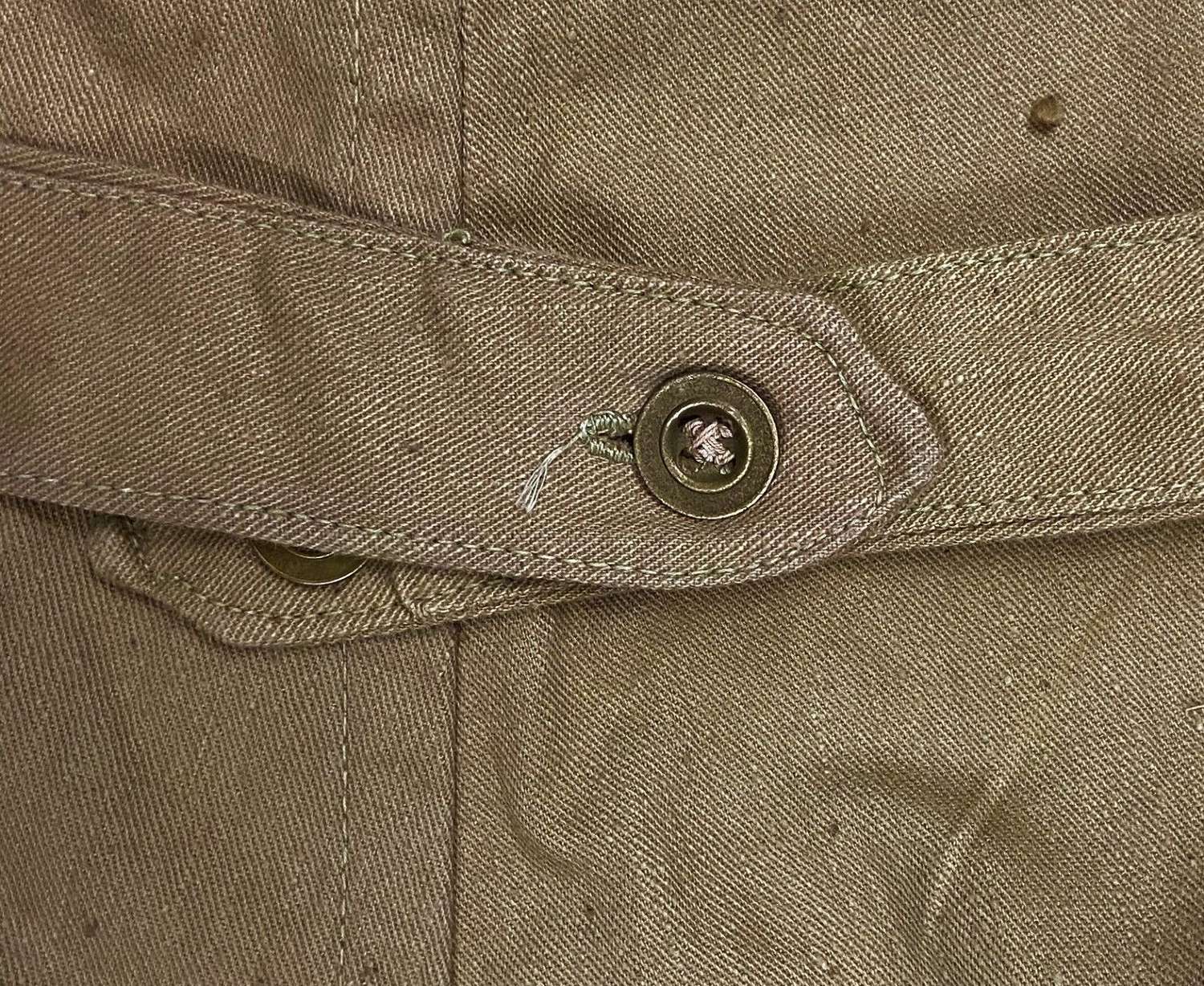