Inside the shorts retain their original label which states the shorts as a size 1 which will fit around a 30" waist. The manufacturers name of 'GYMPHLEX LTD' is present as is the War Department Broad arrowing marking and the 1950 date.

Due to their elasticated waist the shorts will fit a number of waist sizes. When laid flat they measure 13" across the waist and when stretched to their full extent 17".

The shorts are in good condition with only limited signs of wear and use. They are still very wearable and display well. 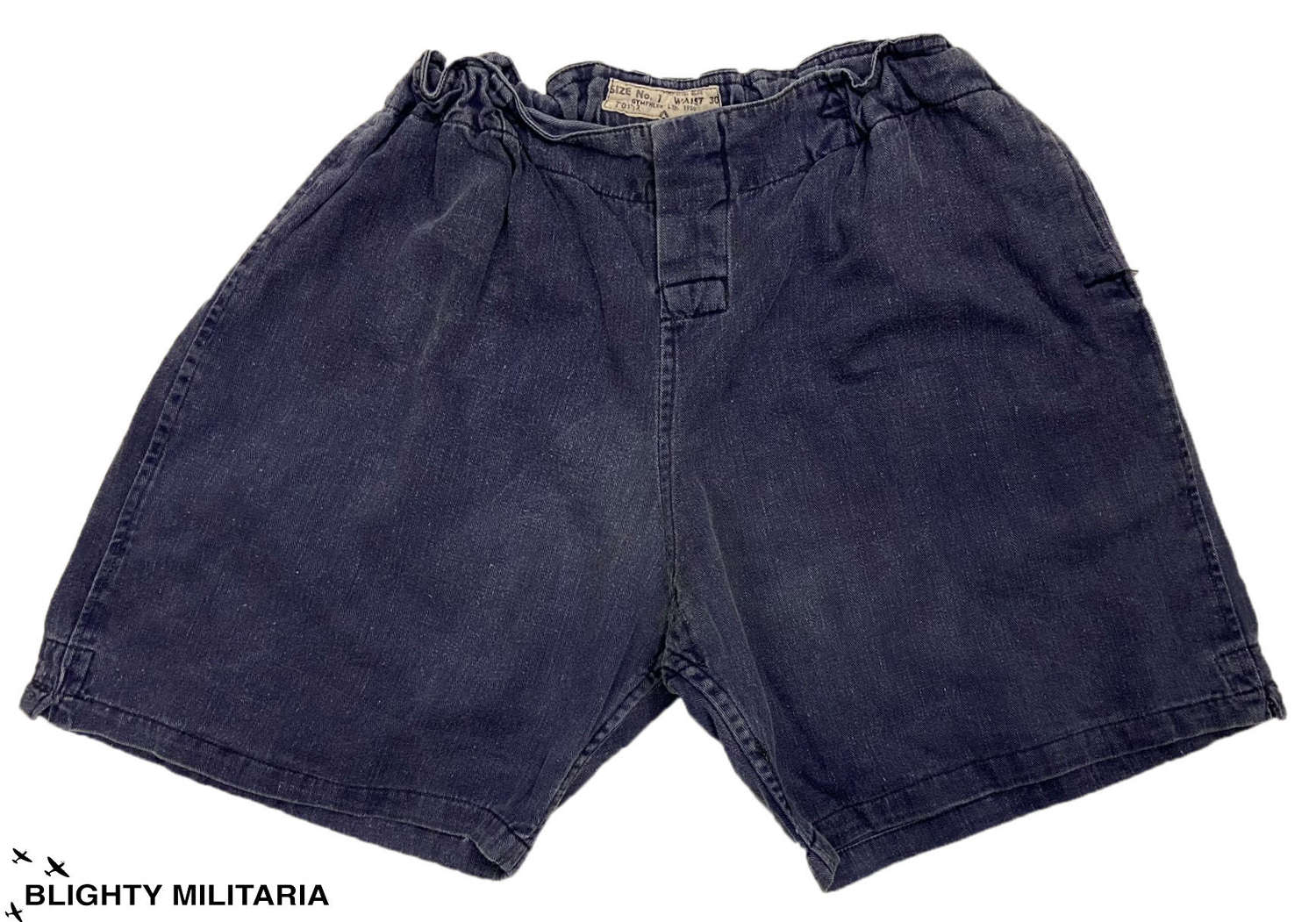 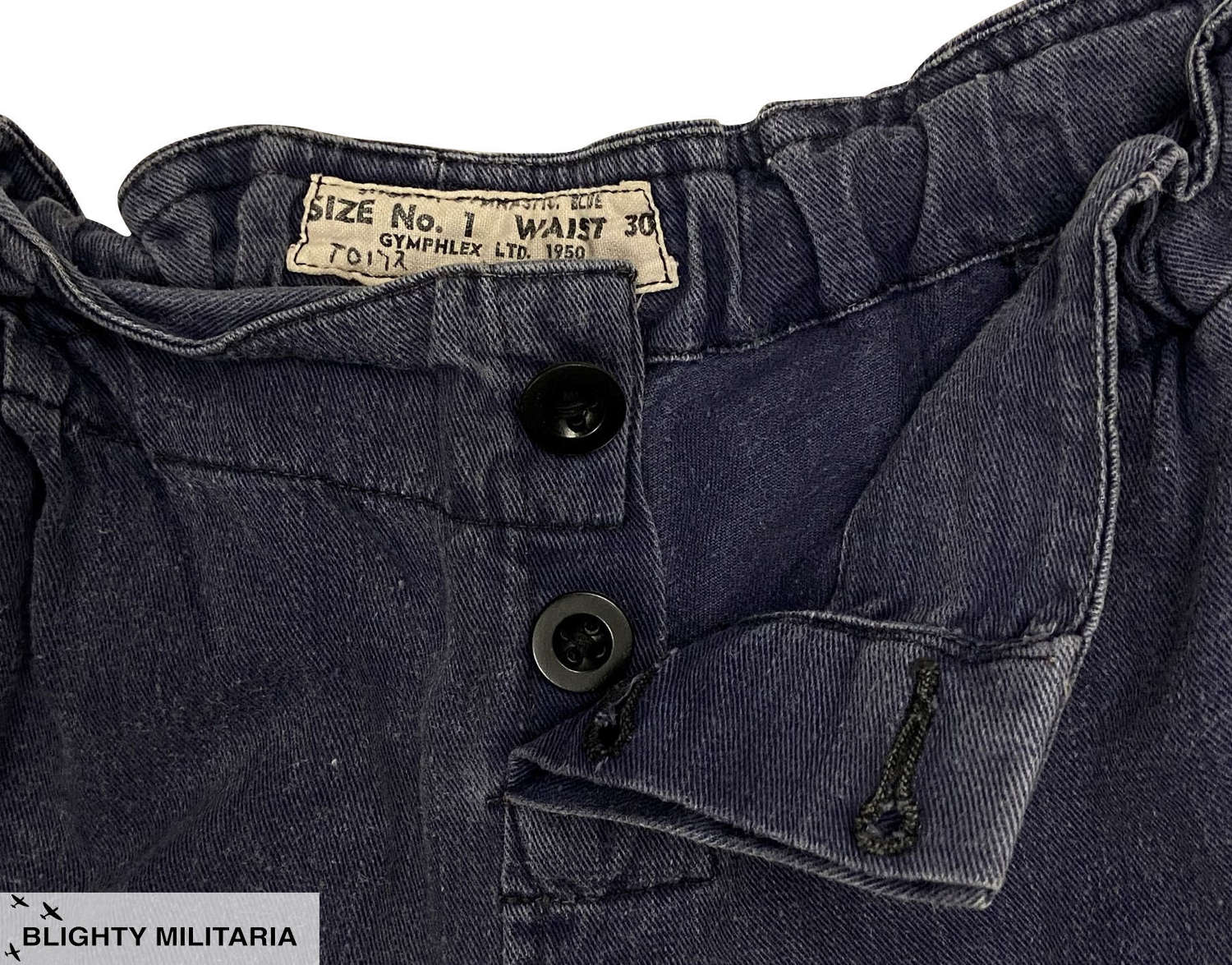 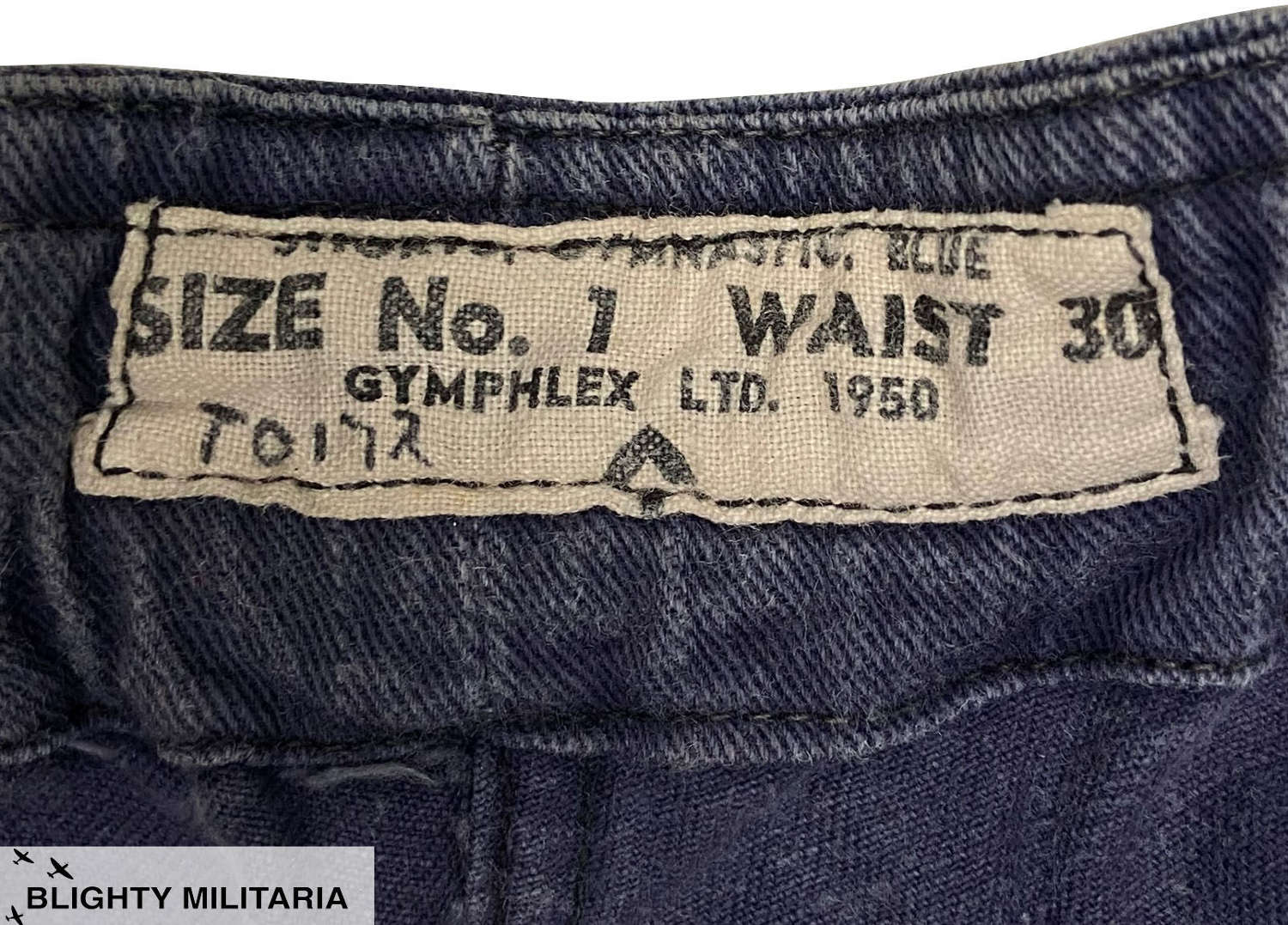 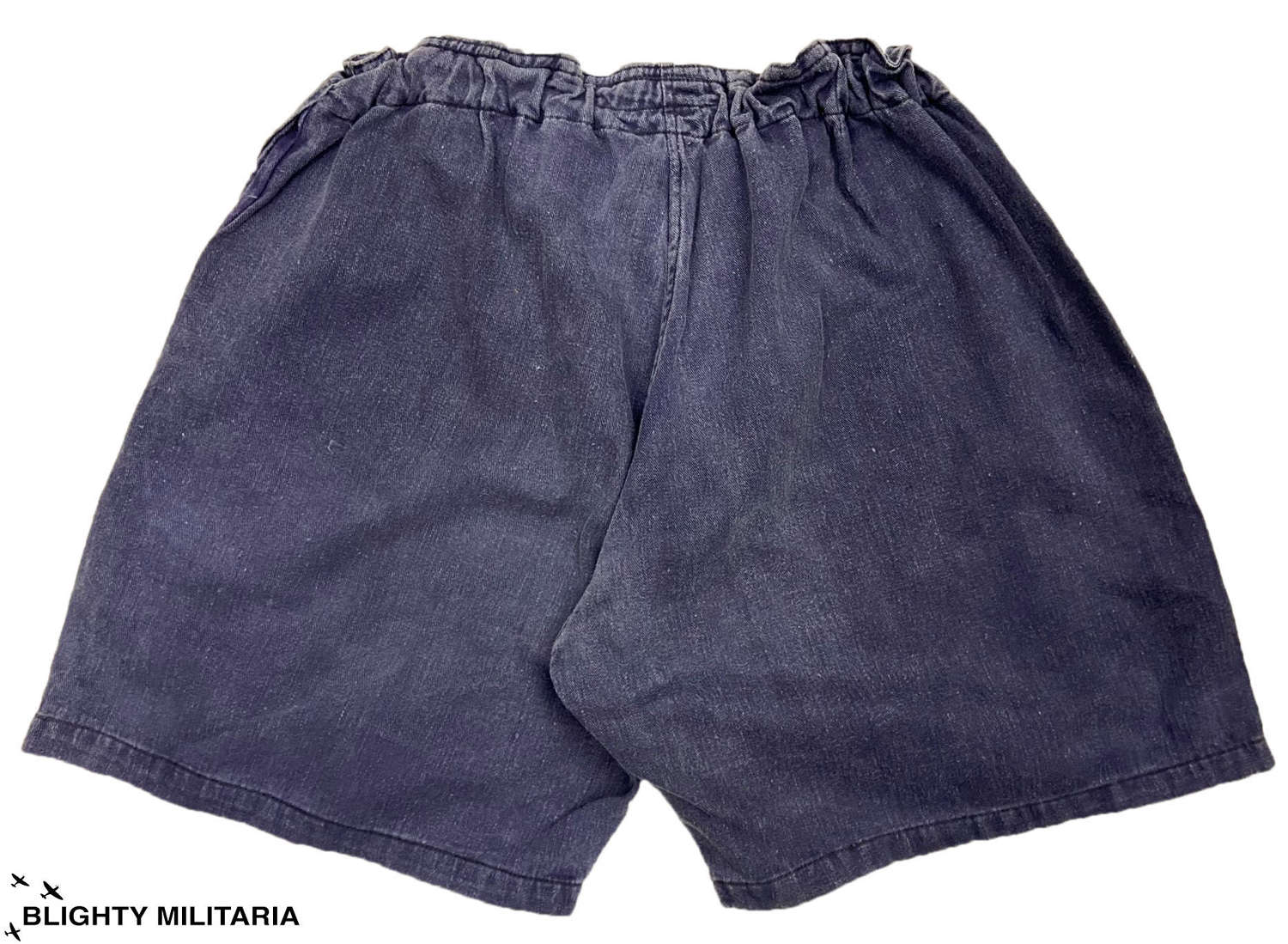