An original British Electricity board rubberised raincoat made by 'Del-Guerra' in the 1950s.

This coat is typical of coats made for the British military and civilian workers during the 1930s and 1940s. It is typically utilitarian and functional in design which gives it a smart, no frills look. It is made from a navy blue coloured rubberised cotton canvas and features a single breasted closure, flapped pockets to the hips and a vent to the rear. Under each arm five black painted metal eyelets are fitted to allow for ventilation (picture 12). The design is very similar, if not identical, to the coat 1A designed and issued to the Military Police during the Second World War.

To the collar of the coat is a badge which is made from the same material as the body of the coat and bears the word 'Electricity' embroidered in white.

Inside the coat a partial lining to which both the original labels are still present. The uppermost label is a care label whilst the one below is the manufacturers label which features an impressive graphic depicting a retro-futuristic jet aircraft overlaying a 19th Century ship. The makers name 'Del-Guerra' is present and is typically 1950s in terms of the logo and colours used.

The coat is designed to be worn as a waterproof, outer layer so is cut wide across the chest. I would recommend it would fit someone of a 40" chest well depending on desired fit. When laid flat it measures -

The coat is in good, wearable condition and displays well. It shows some signs of wear and use but nothing excessive and it looks to have plenty of life left in it. Please study the pictures before purchasing and bear in mind that this is a vintage, pre-worn item which may have small issues commensurate with age.

A nice mid-century British made raincoat with a fantastic label! 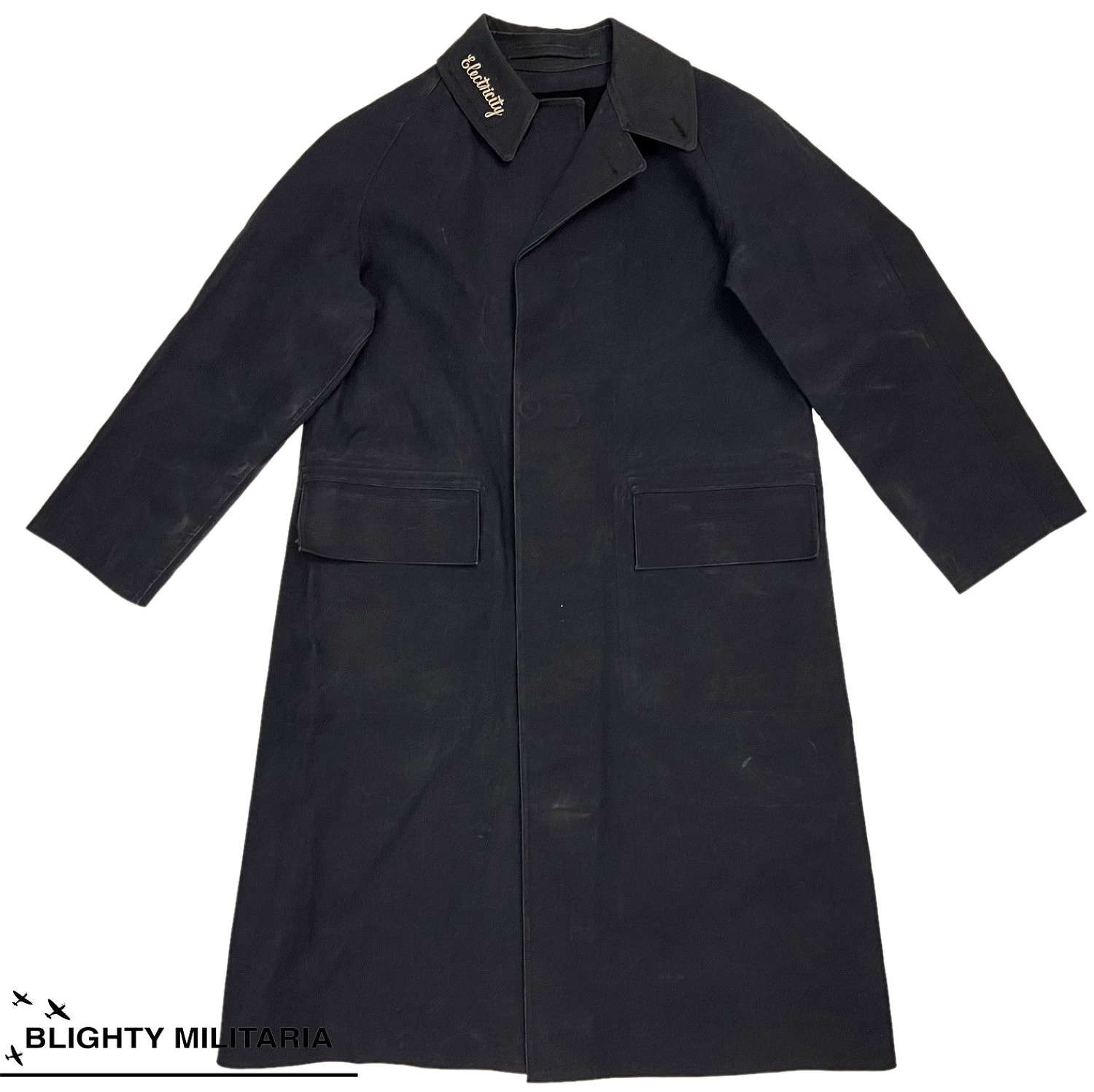 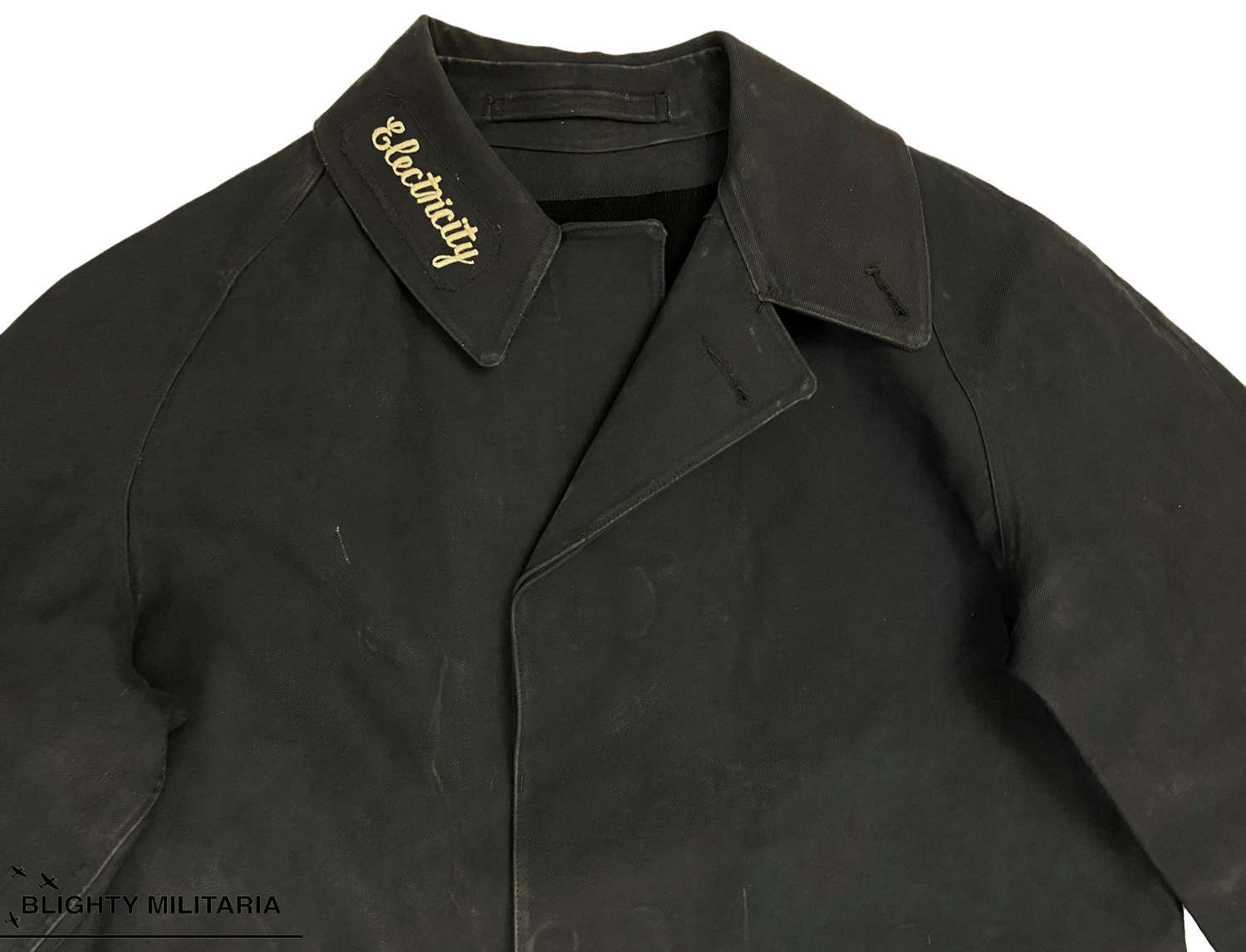 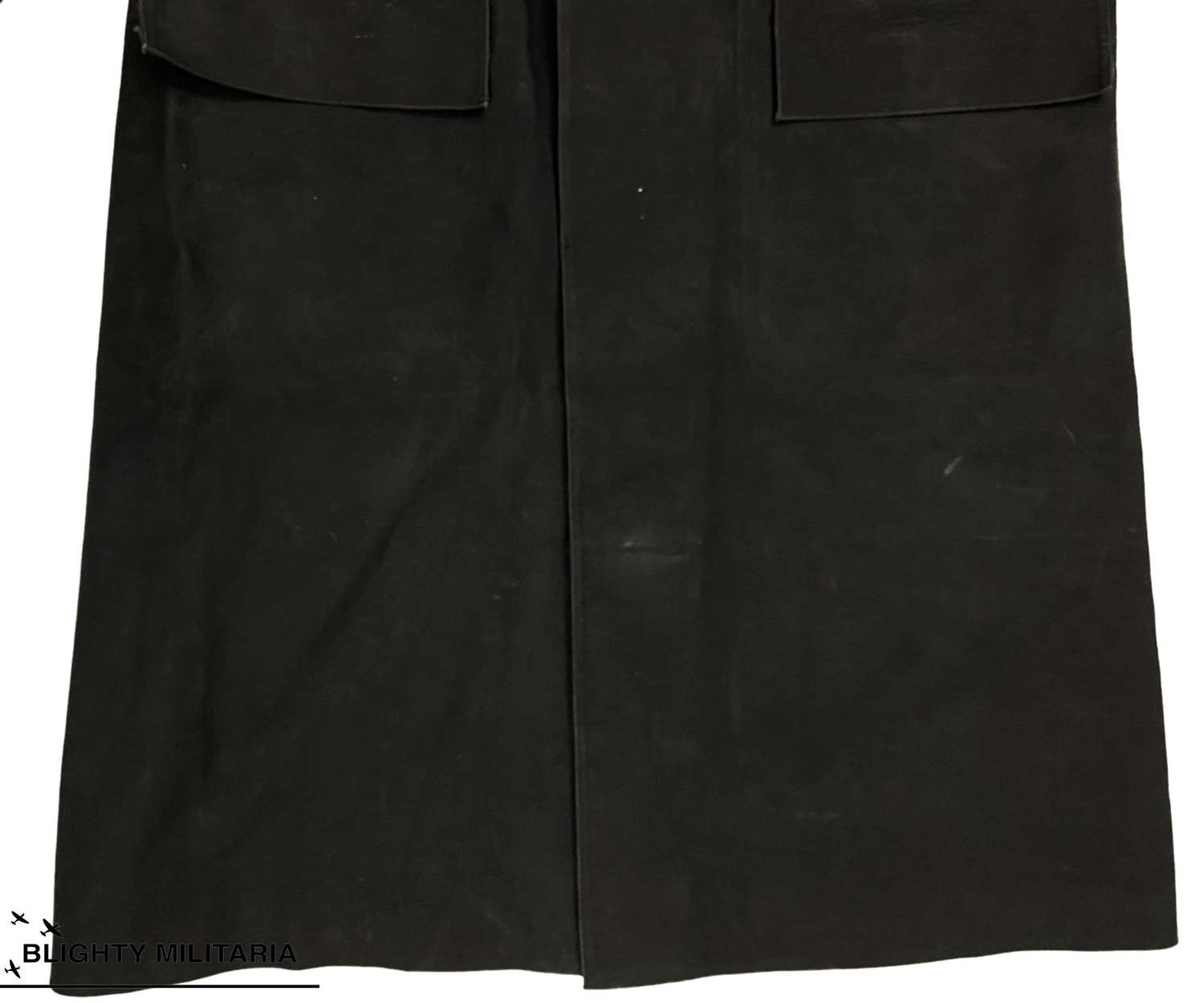 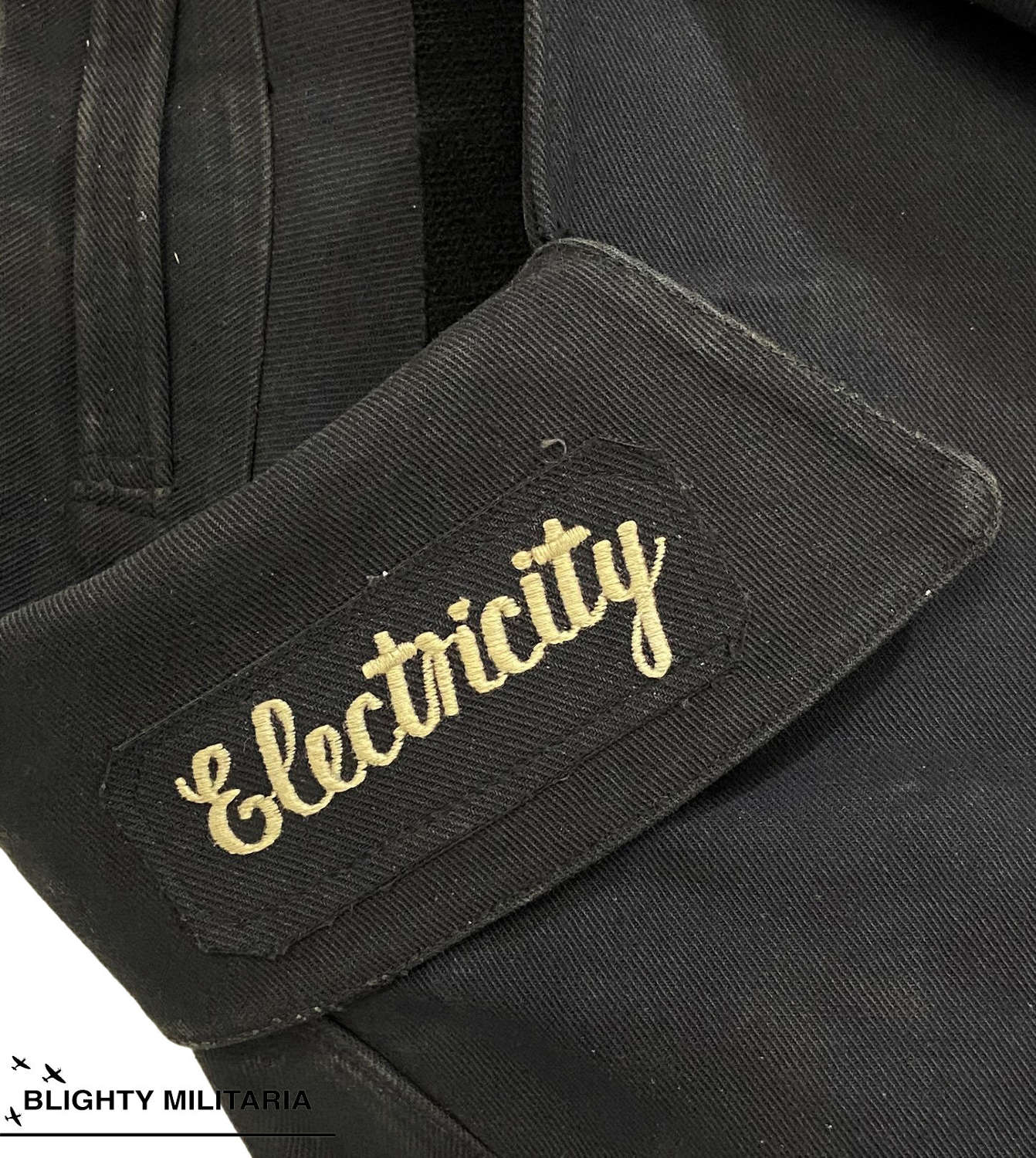 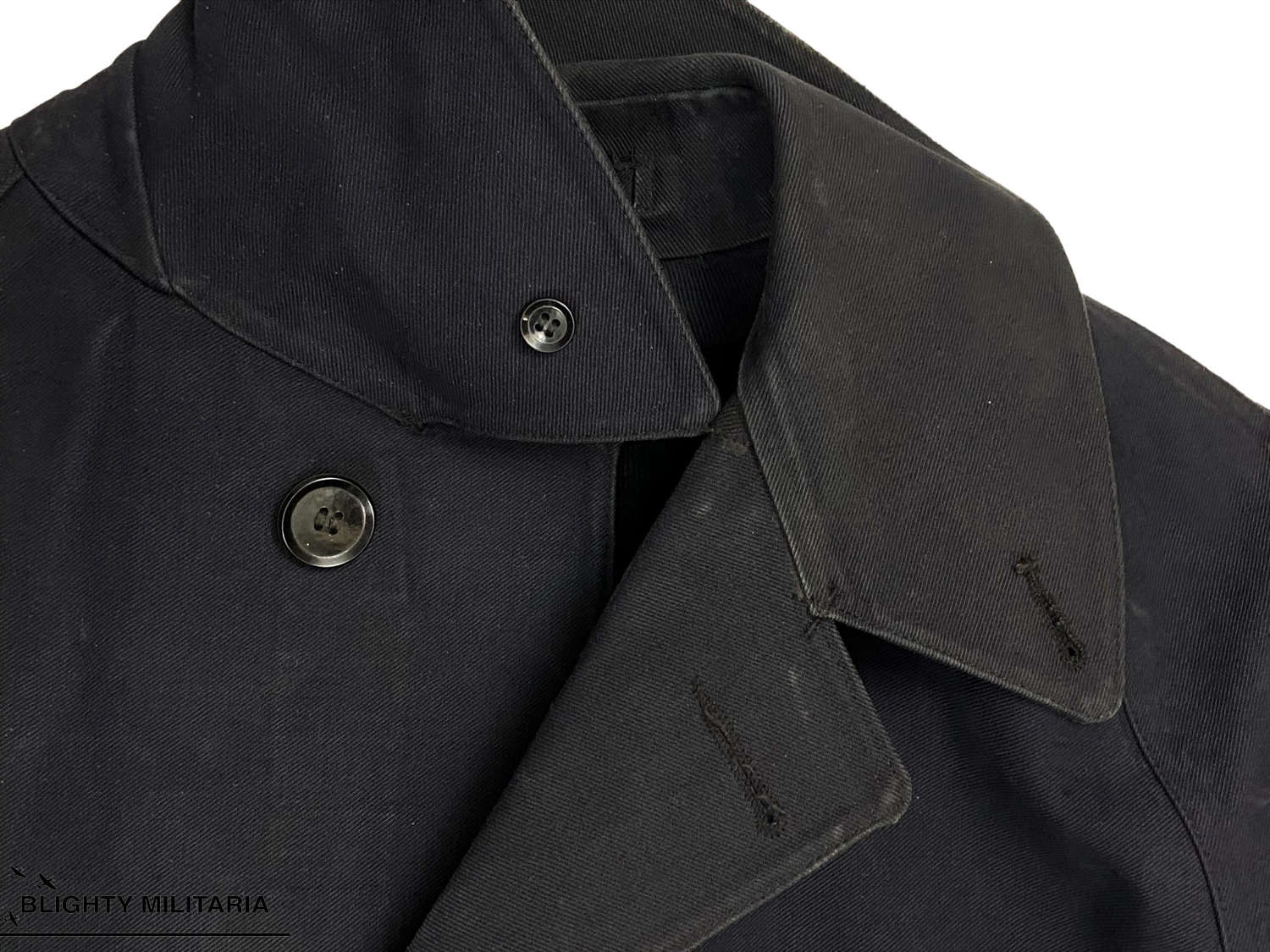 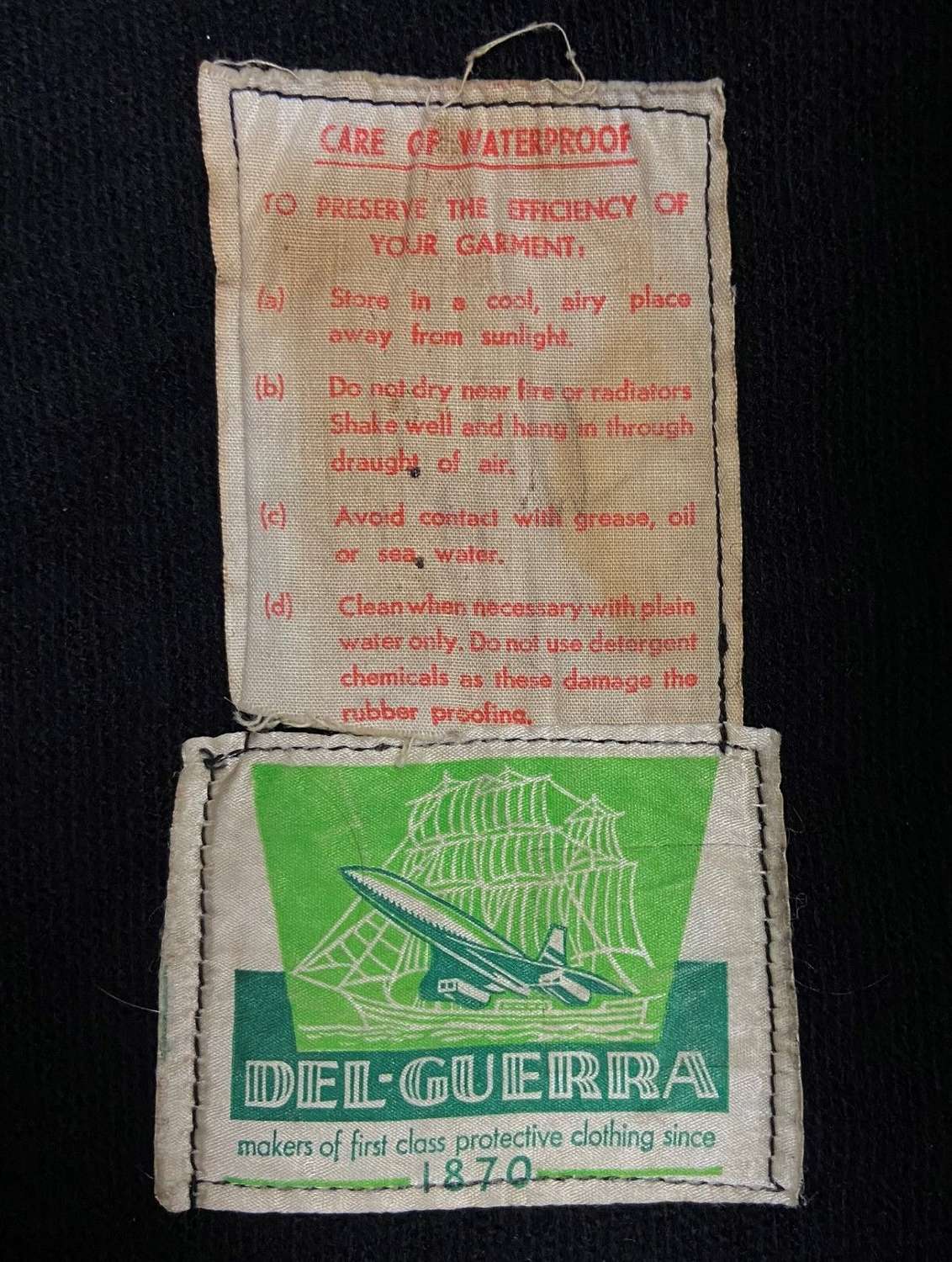 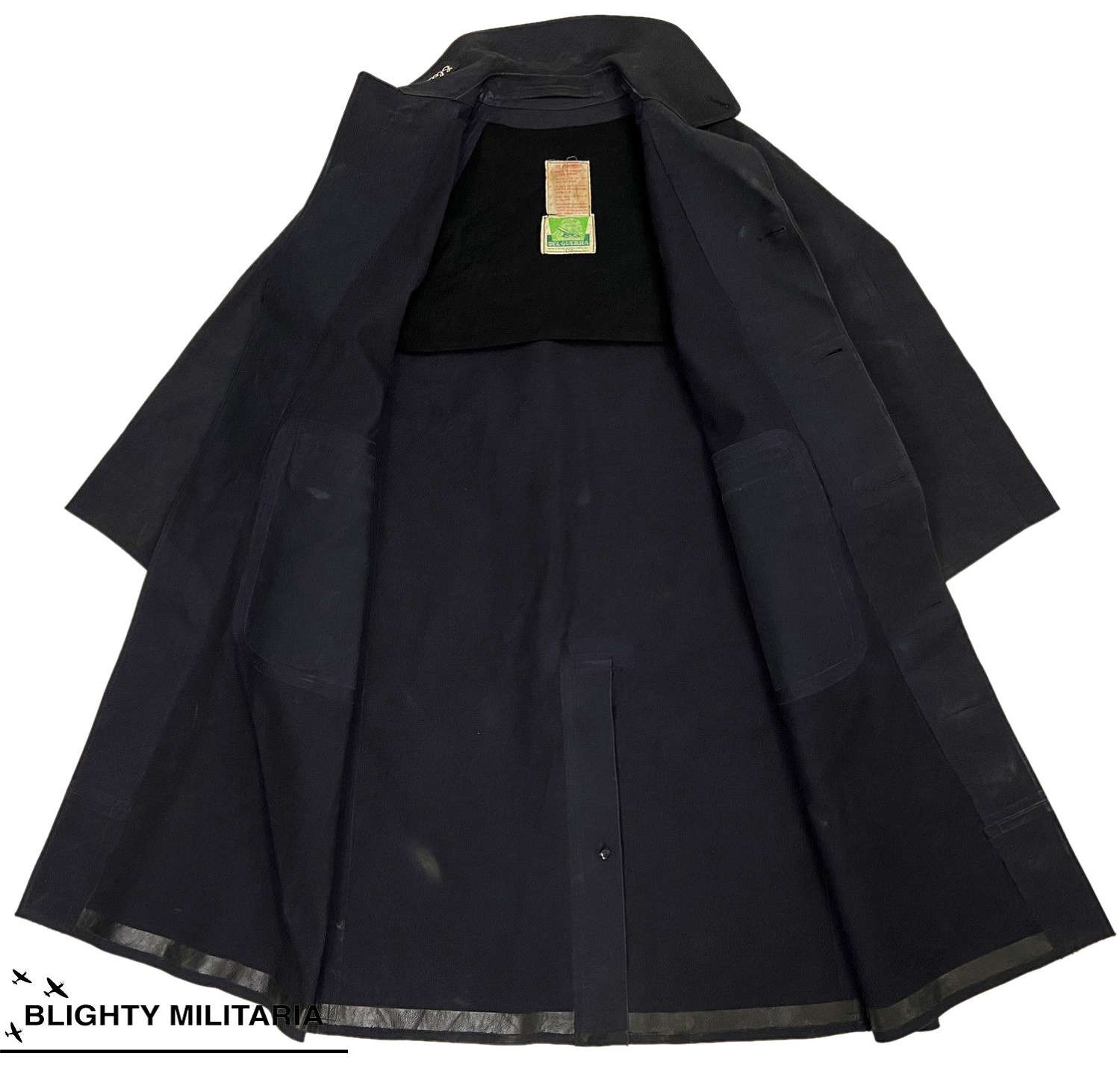 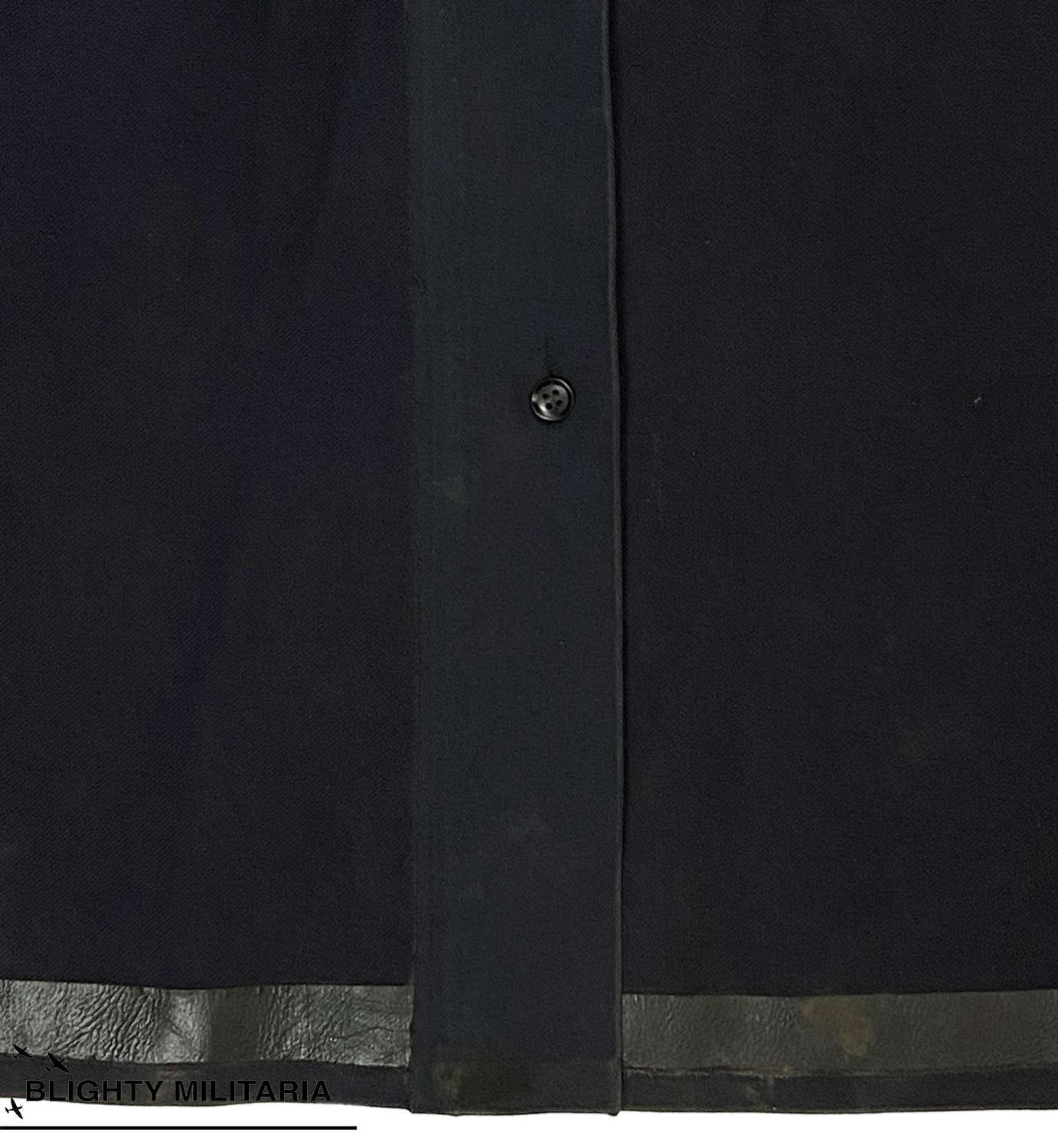 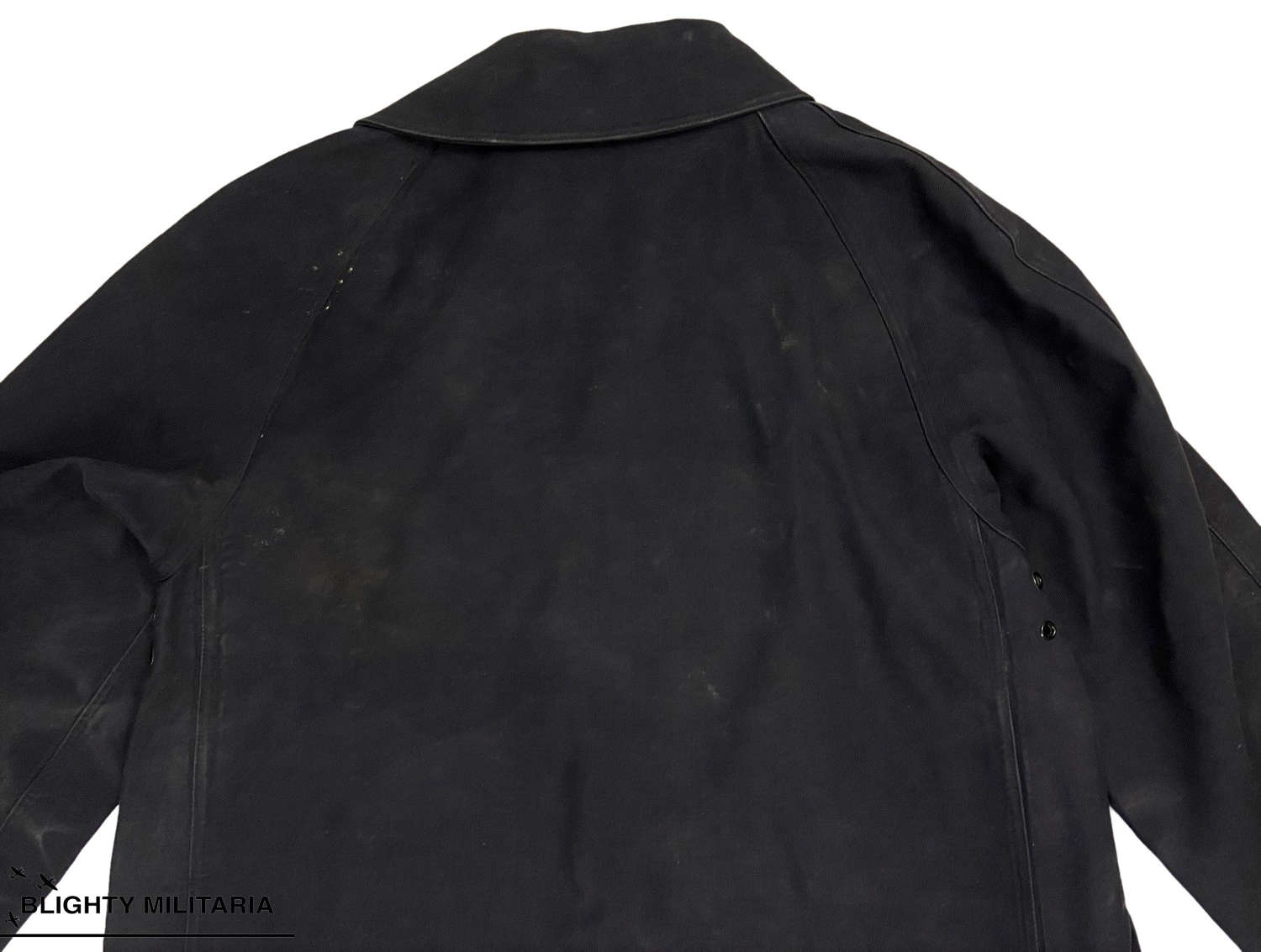 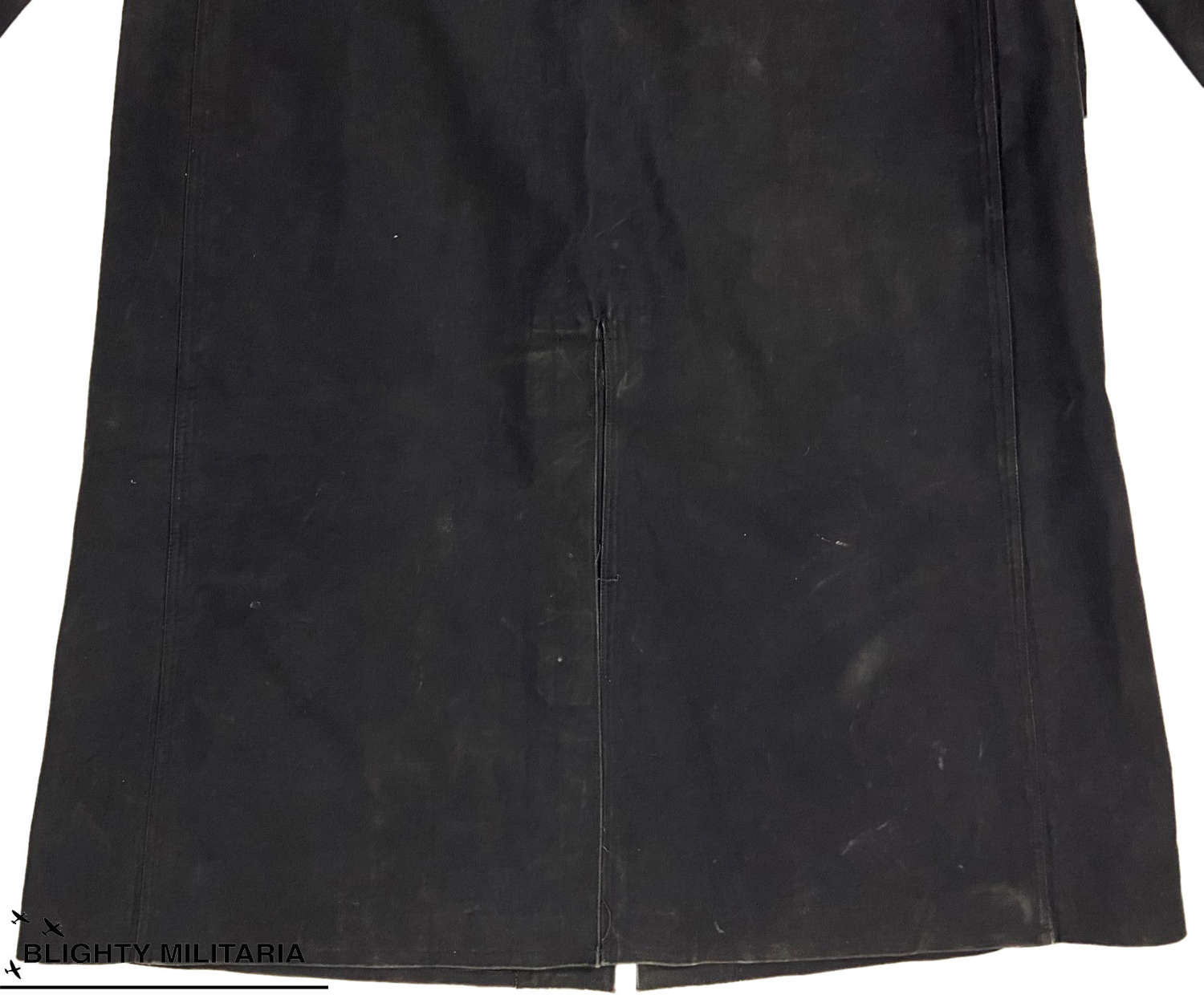 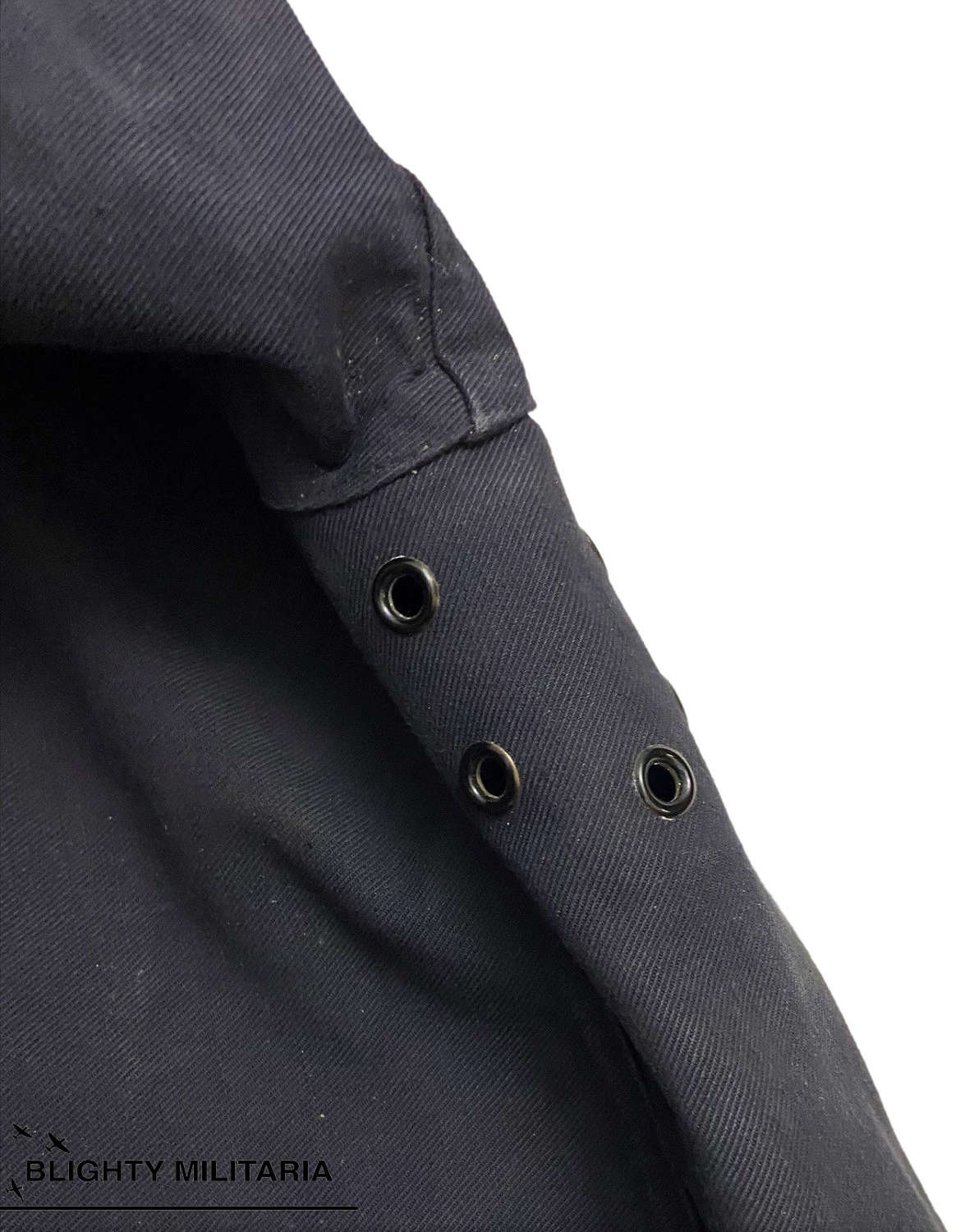