This pattern of trousers was designed to be worn with the matching 'Jacket Overall, Green' and was intended to replace the Denim Battledress issued during the Second World War and throughout the 1950s. This uniform was introduced in around 1962 making these a particularly early example and stayed in production until the very early 1970s. This pattern is the forerunner to the polyester lightweight trousers which saw extensive issue from the 1970s through to the 1990s.

The trousers are made from a green coloured cotton drill and feature green-grey coloured plastic buttons, as are often encountered during this period. Straight slash pockets are located to each hip and belt loops are positioned around the waist. The fly fastens with buttons and more buttons are located around the inside of the waistband to which braces can be attached. A large patch pocket is located to the rear which is a notable feature of this pattern of trousers.

The trousers still retain their original label to the interior and it is still bright and legible. It states the size as No. 3 and the date of manufacture as 1962. The makers name of 'Stylewear MFG. Co. Ltd.' is present as is the War Department broad arrow marking and details pertaining to size.

The trousers are in very good condition as can be seen in the pictures. There are only very limited signs of age and use and overall the trousers display very well and are totally wearable. Please take time to study the pictures before purchasing and bear in mind that these are a pair of pre-owned, vintage trousers which may have small issues commensurate with age. 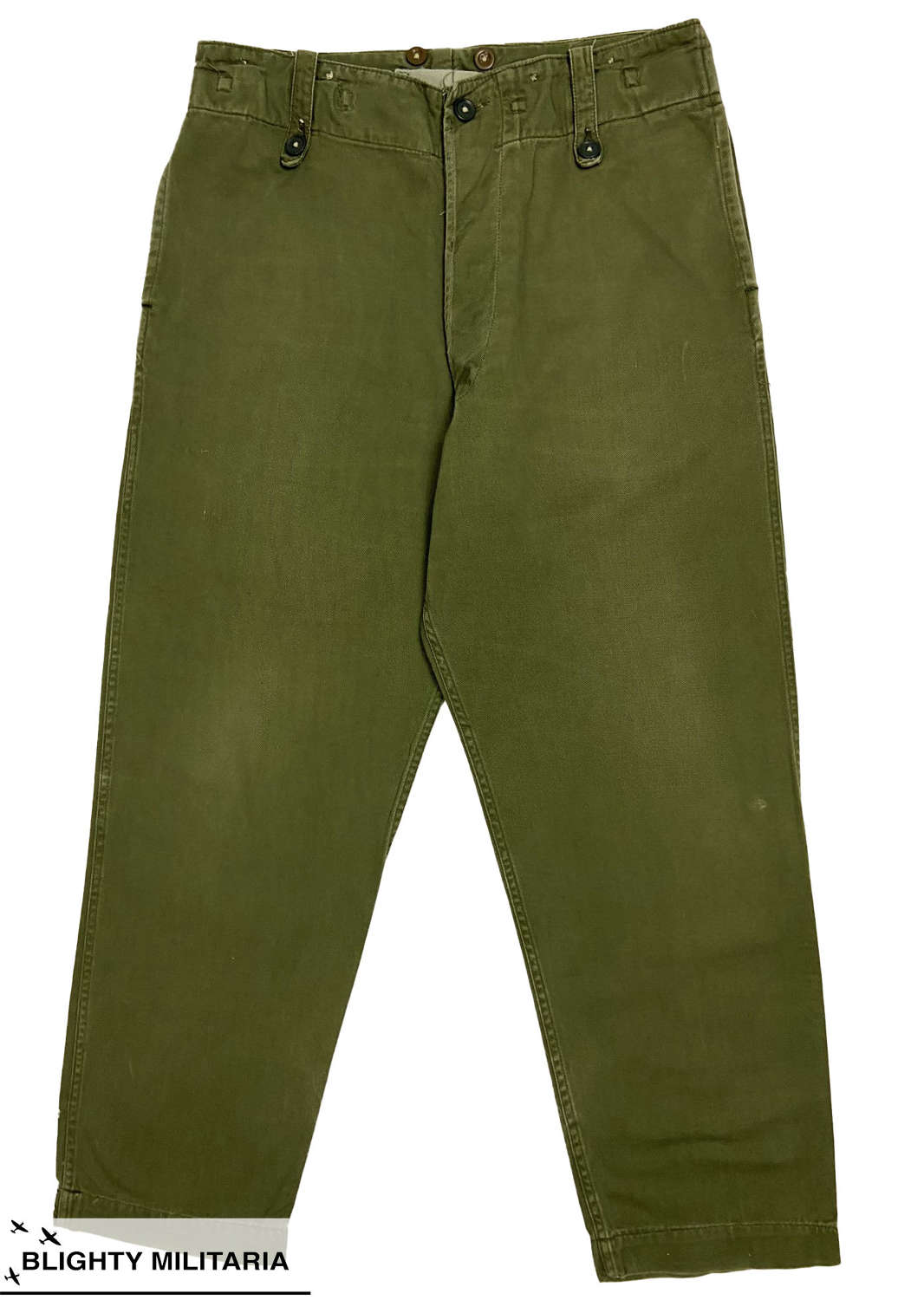 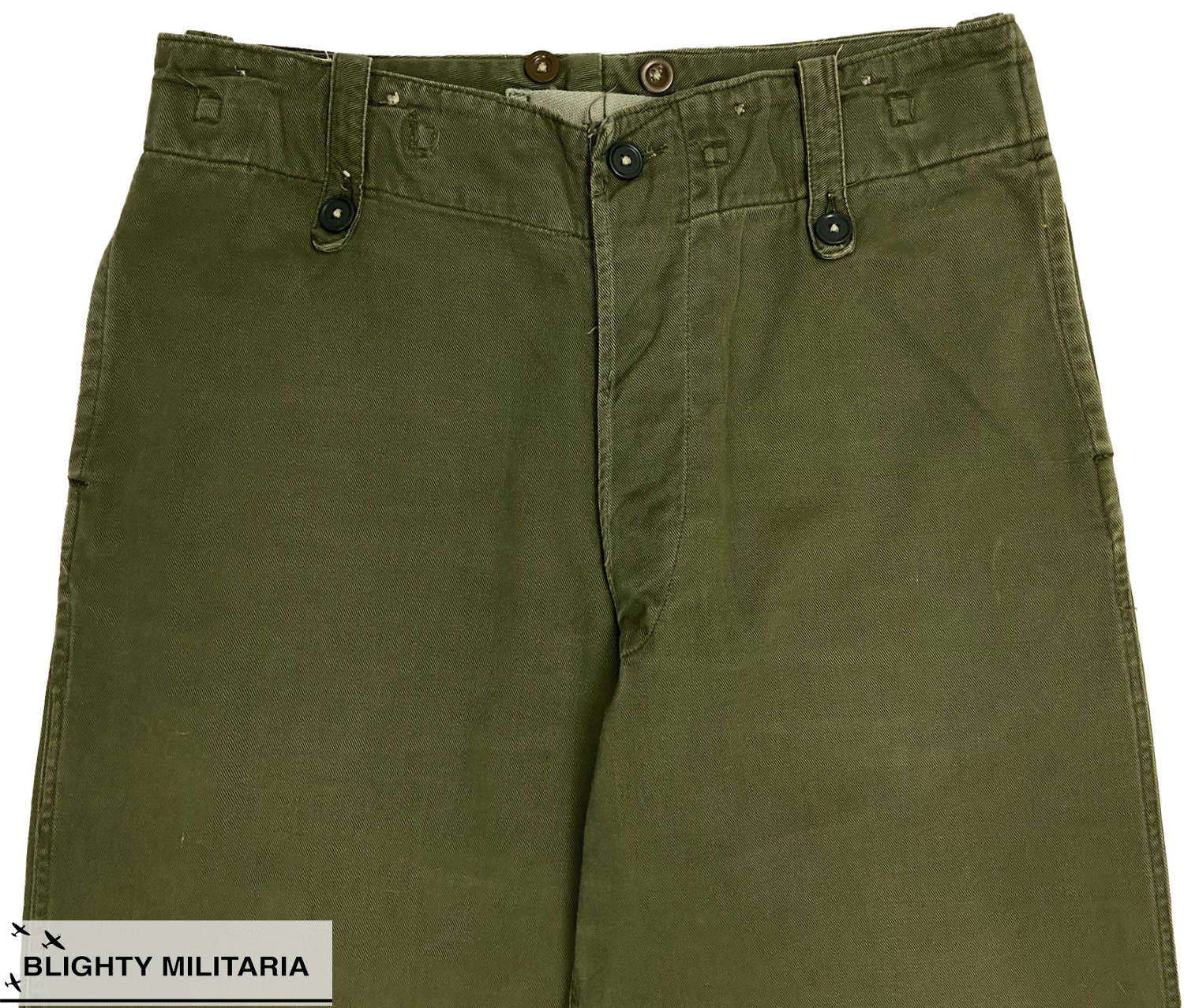 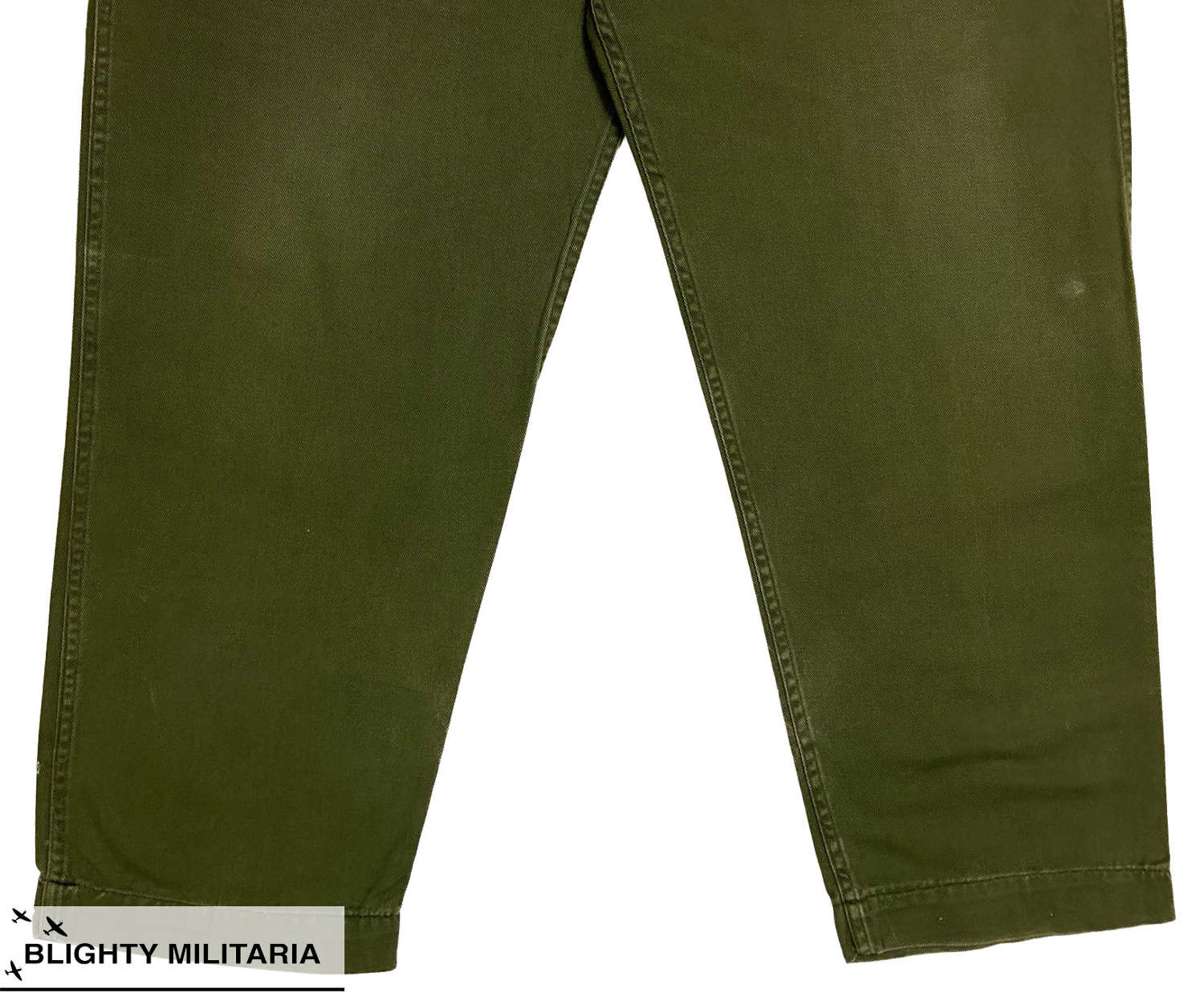 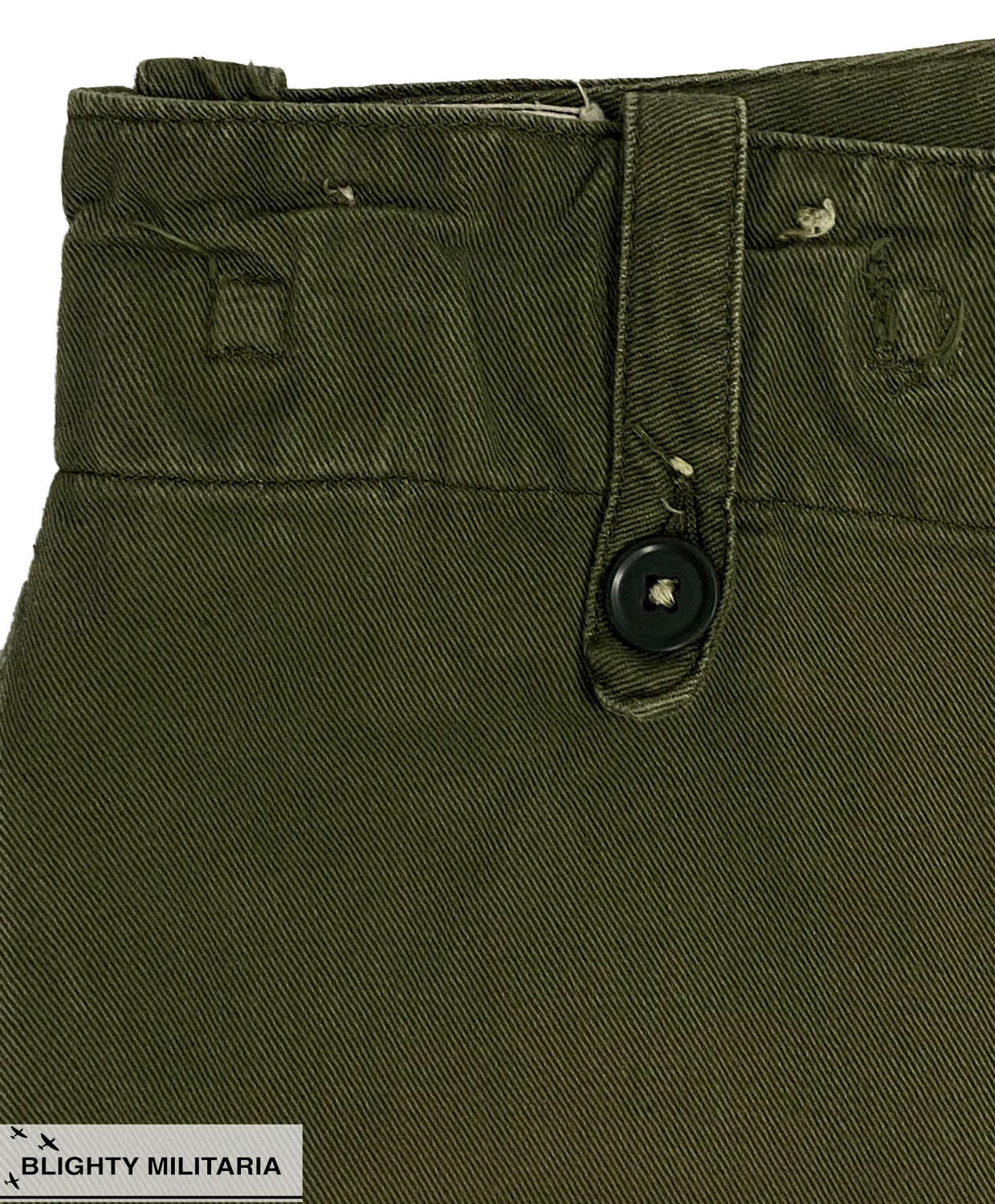 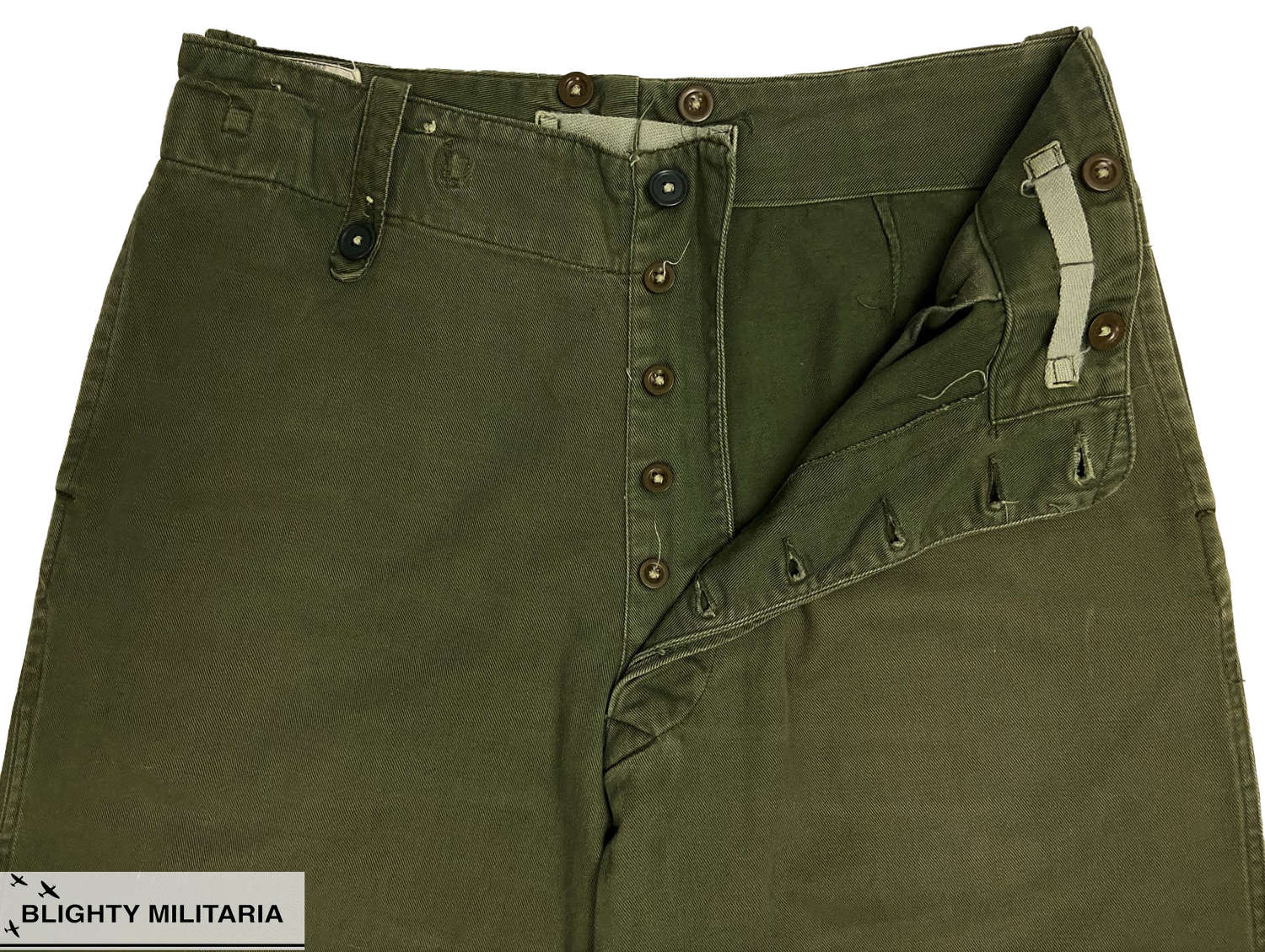 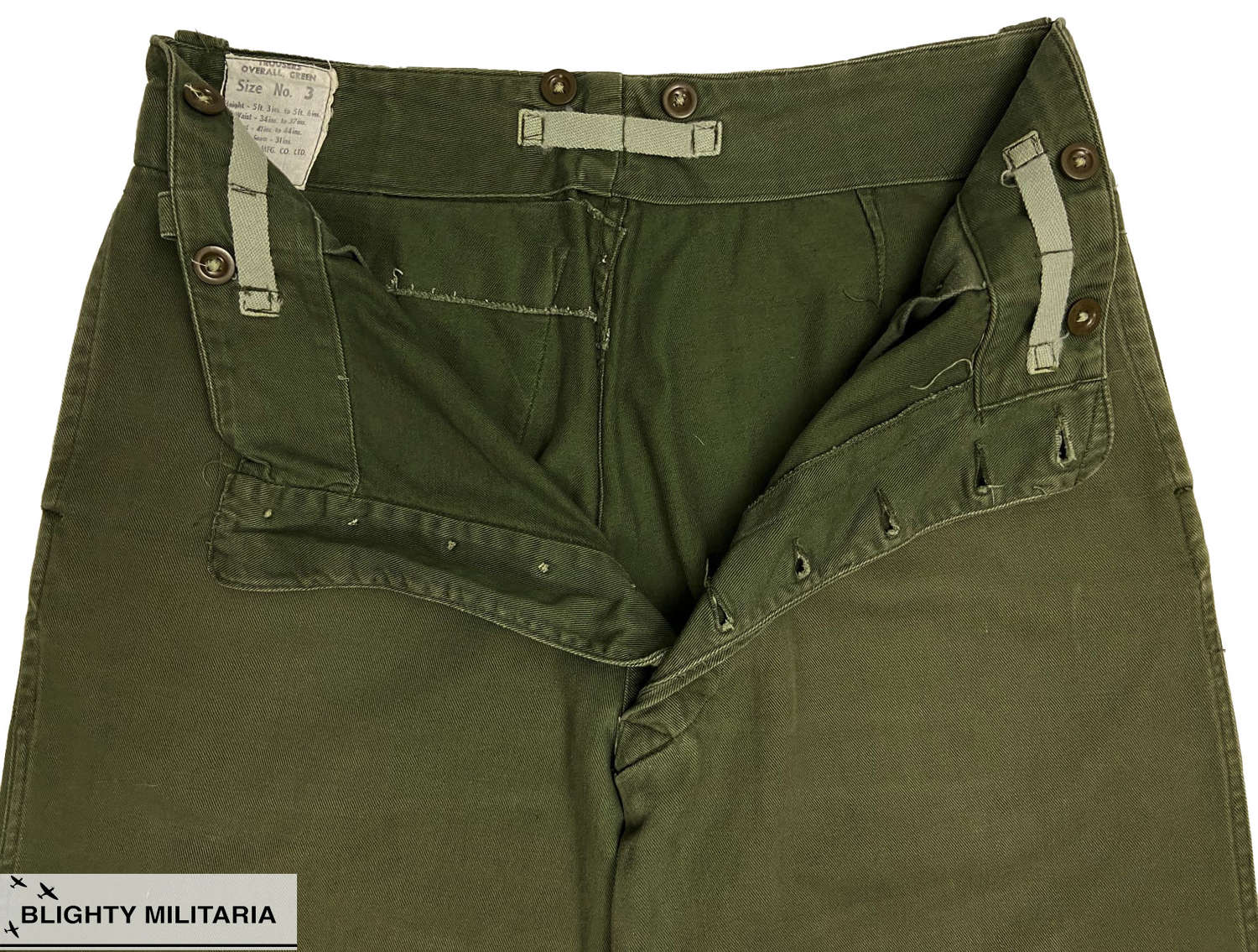 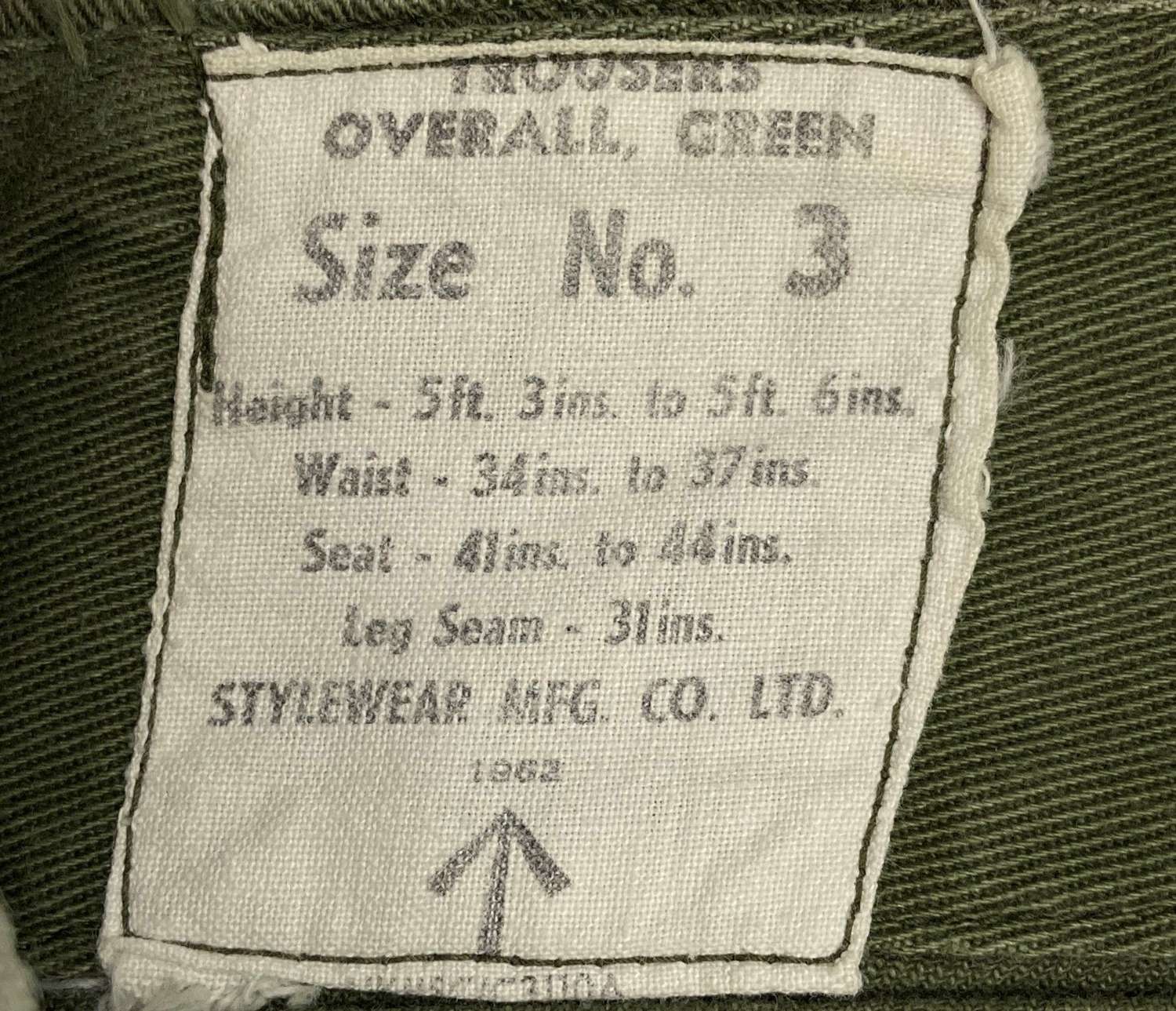 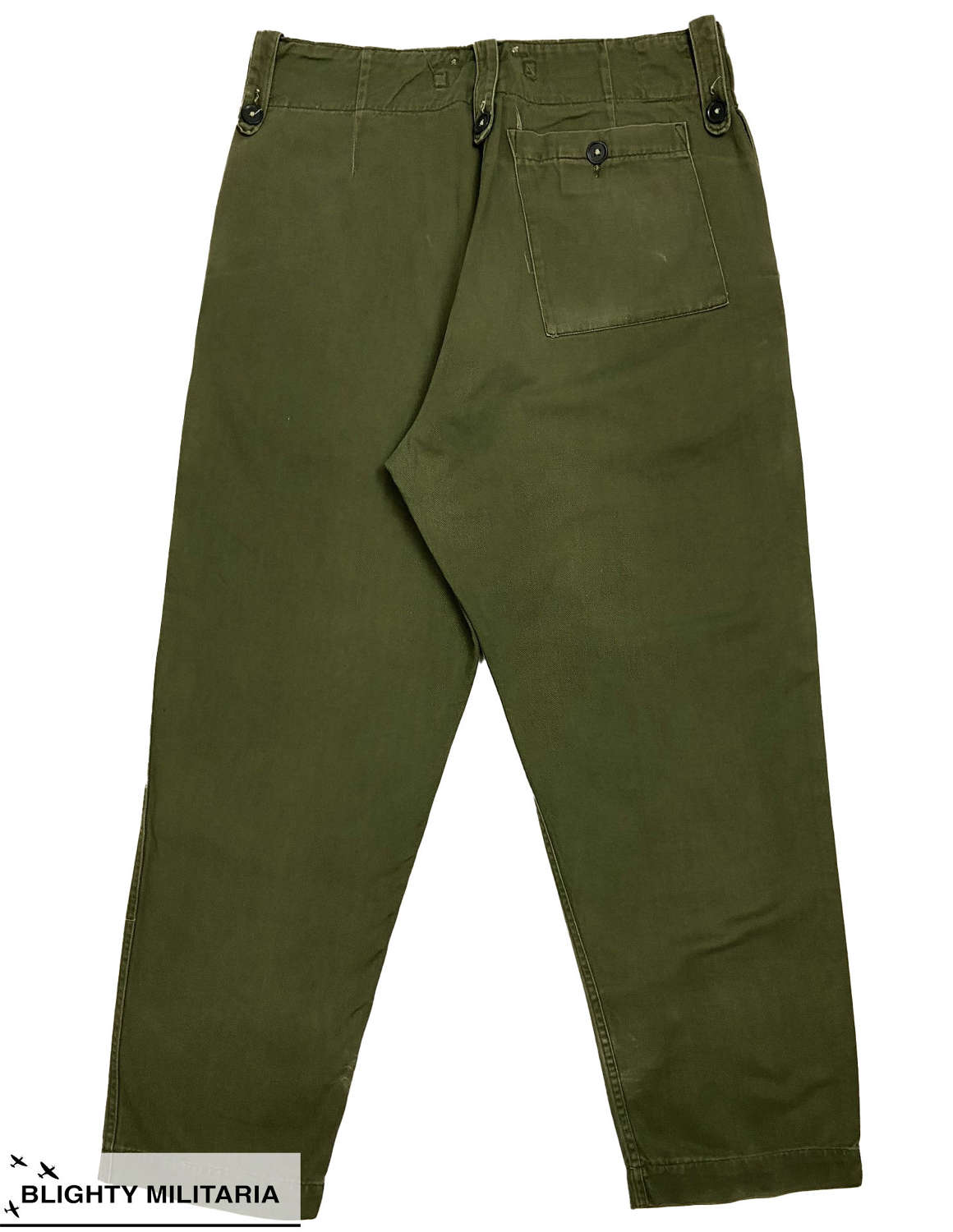 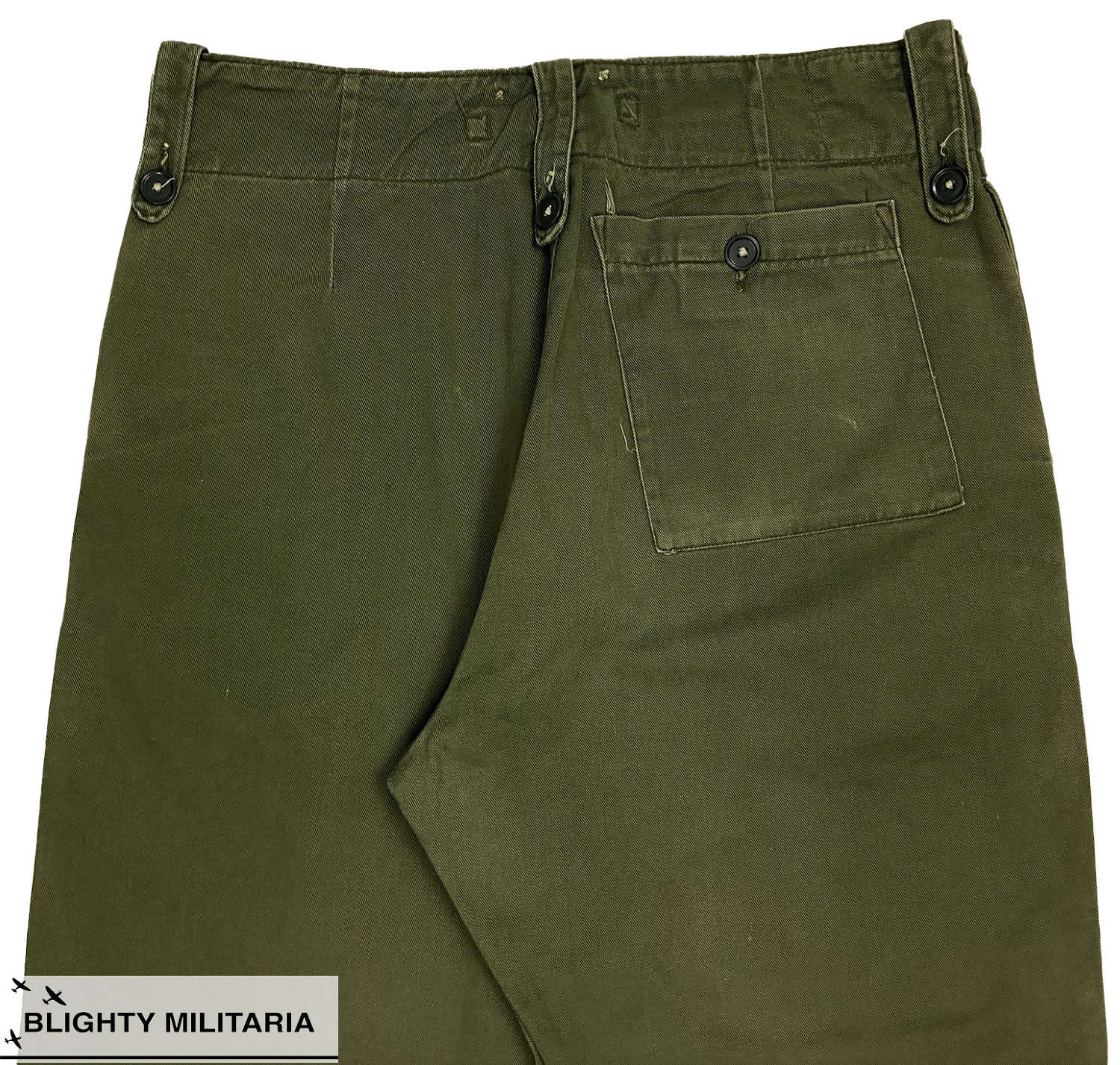 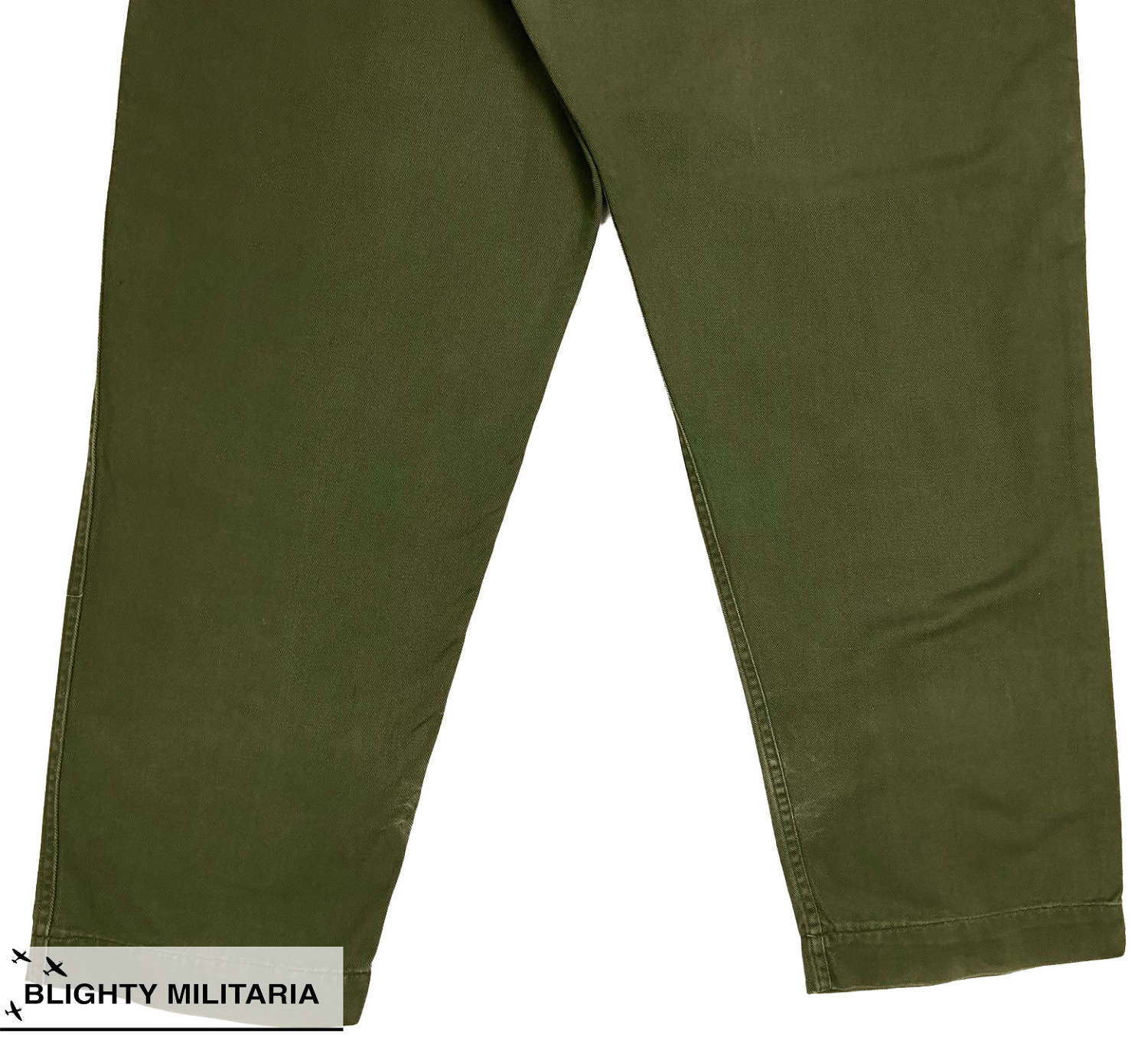 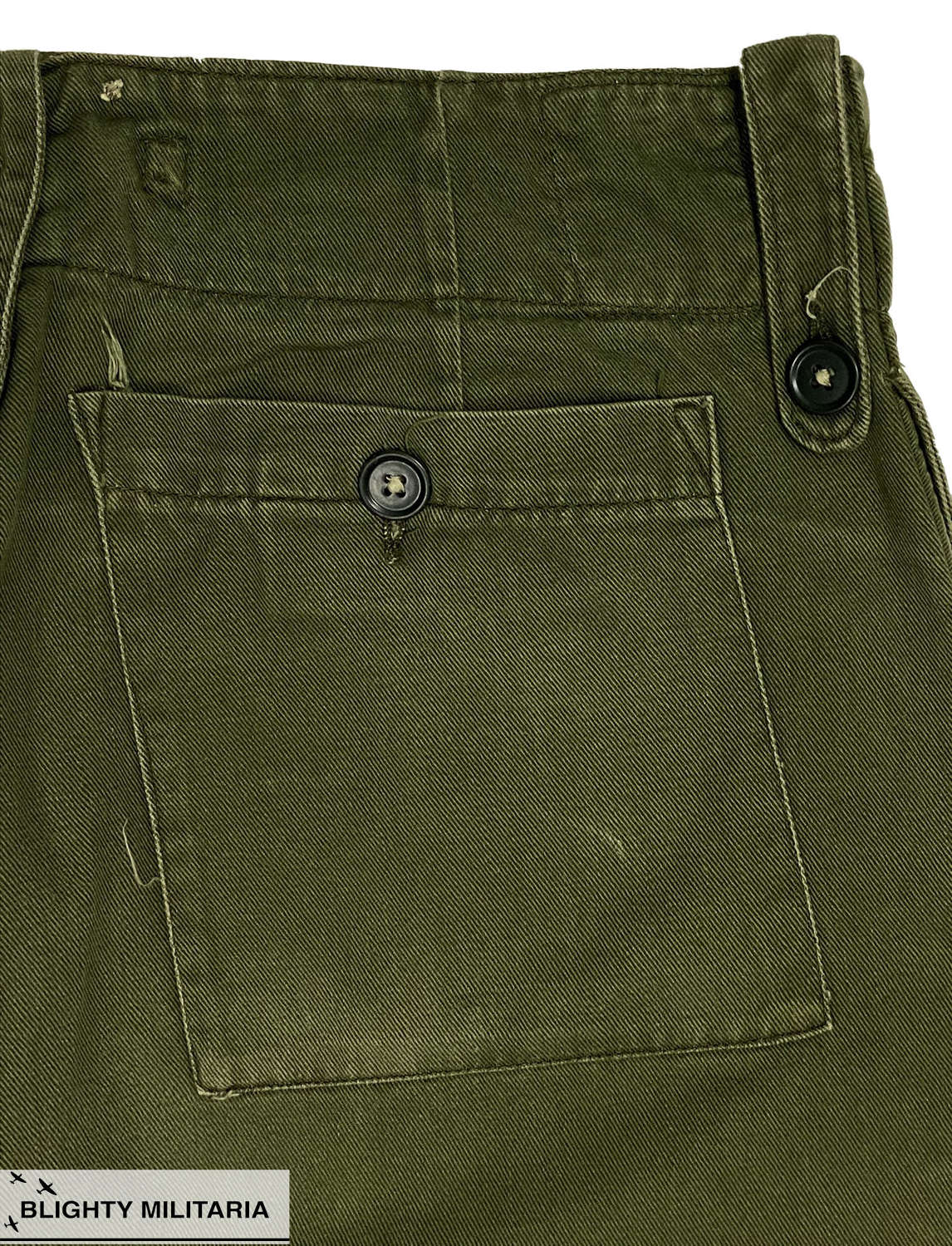