These original wartime shirts are becoming hard to find today - let alone in un-issued, new old stock condition and with clear markings. The markings usually wear away with light wear and washing making this shirt a great collectors item.

This pattern or shirt was introduced at the beginning of the Second World War and was issued to all ranks of the British Army and also saw use with the RAF. It is made from cellular cotton which is a lightweight, breathable fabric ideally suited to the tropics. It features long sleeves, two pleated breast pockets, a stand and fall collar and removable epaulettes. Rubber buttons fasten the front, the cuffs and the breast pockets - all of which are in perfect order.

Inside the collar of the shirt the original markings are still bright and legible. The maker's name of 'C.W.S' is present and stands for the Co-operative Workers Society - better known as the Co-op today. Under this is the 1941 date and what appears to be a crude War Department broad arrow marking. There also appears to be the numeral '1' which would relate to size.

The shirt is in stunning unworn condition as can be seen in the pictures. It does however have a long, brown coloured mark on the inside of the left sleeve which runs just above the bottom seam. This is from storage and I will add a picture of it shortly. It may have other small issues such as marks from storage but overall it displays extremely well.

This is a must have for the serious collector! 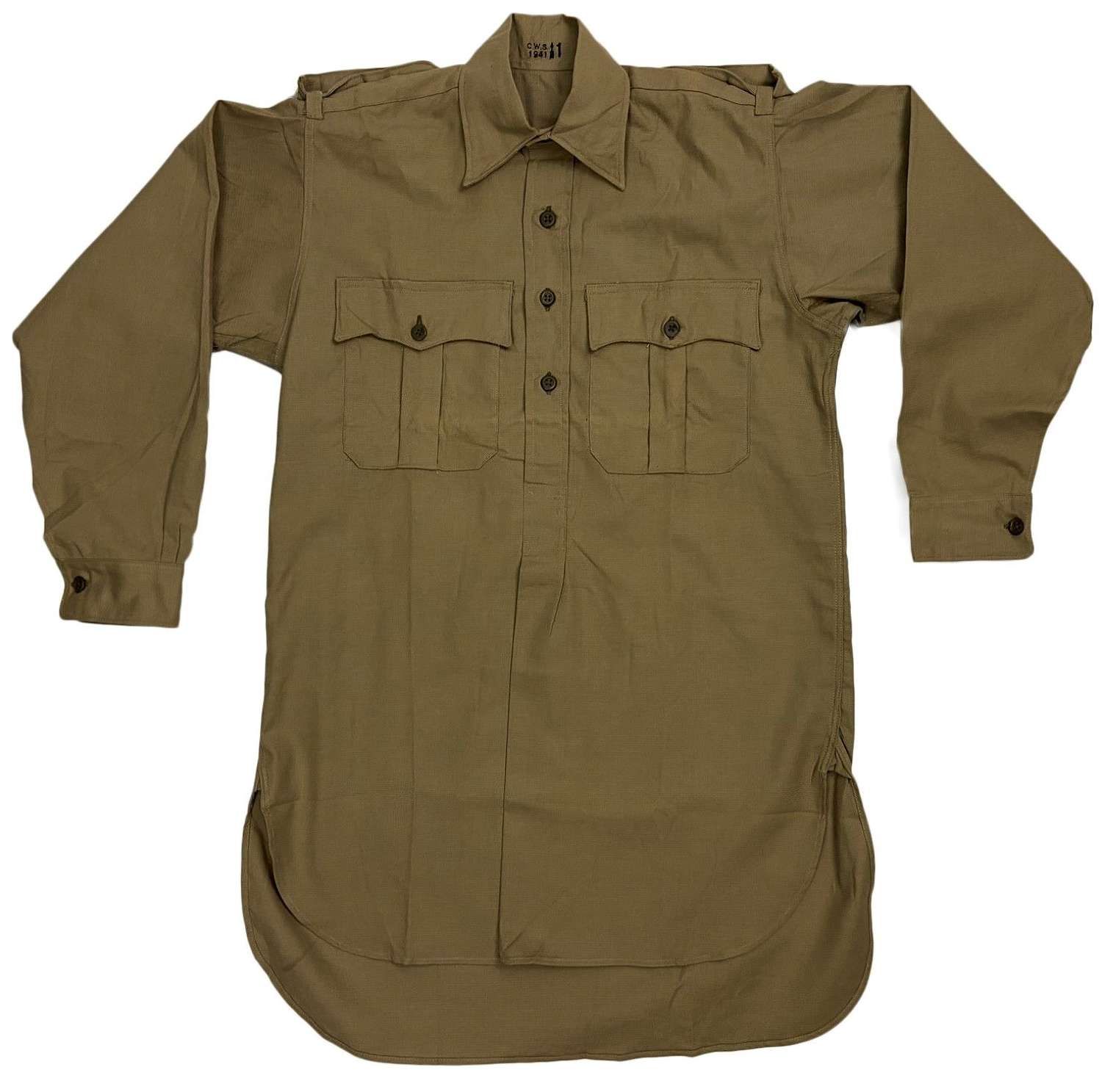 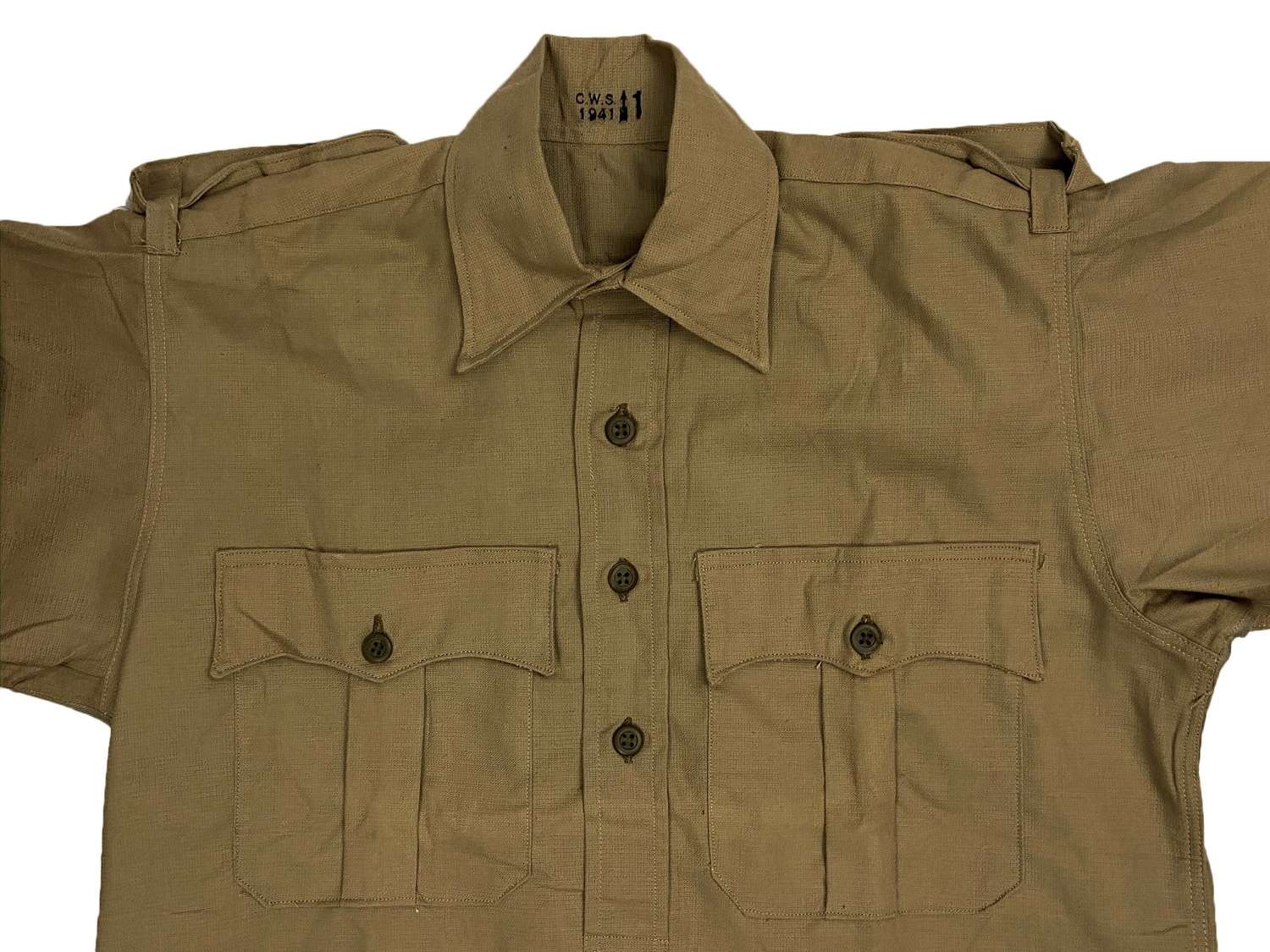 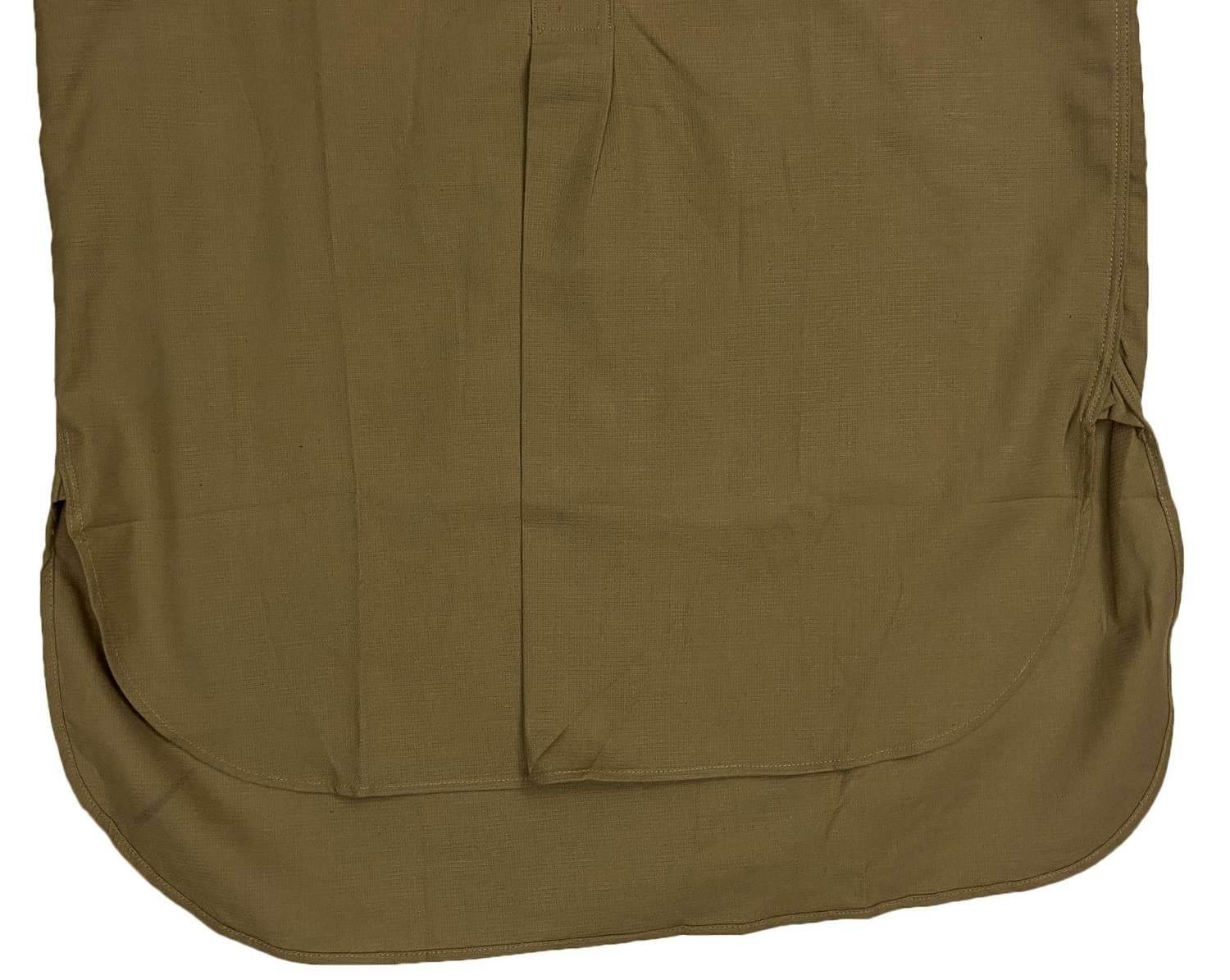 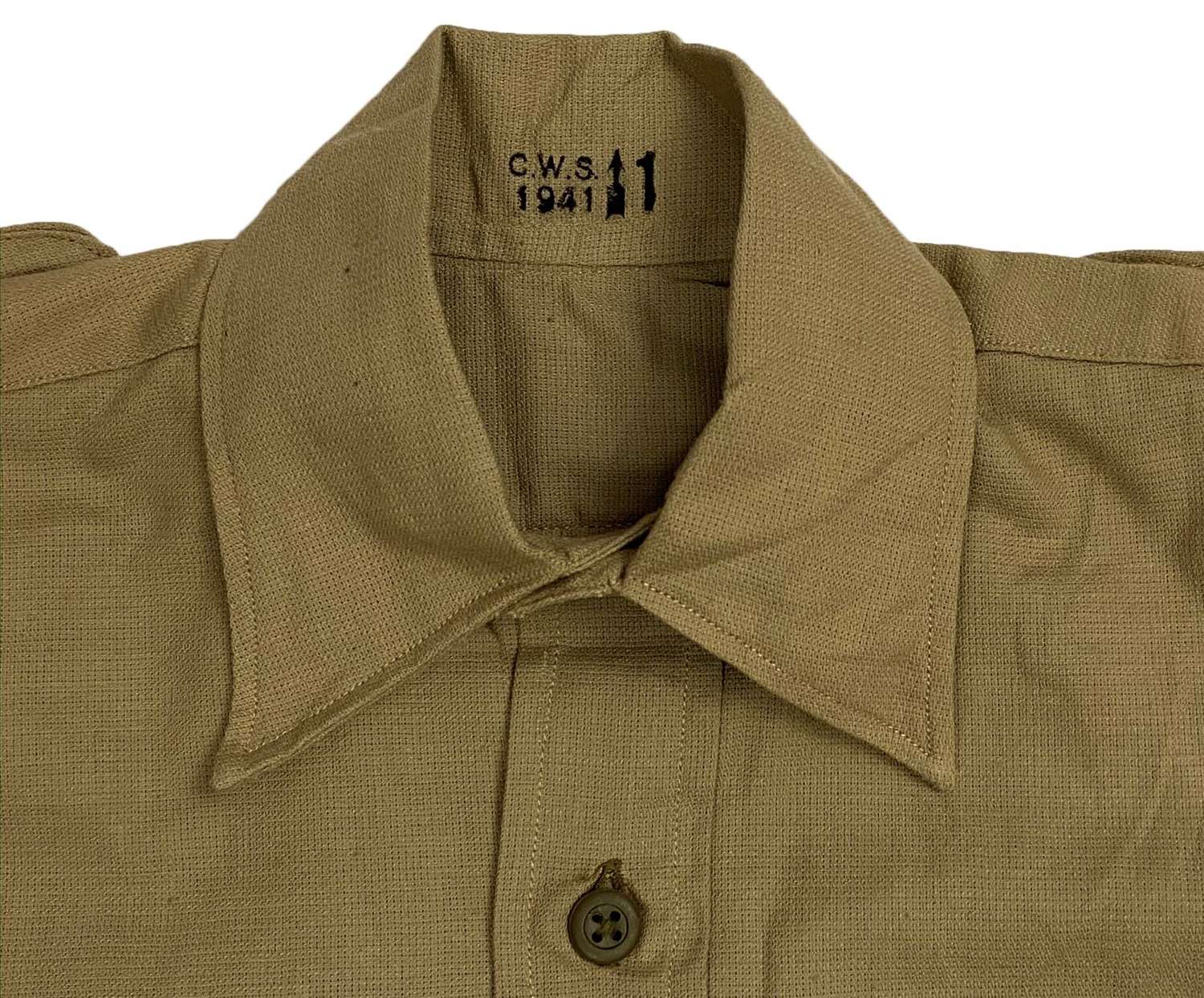 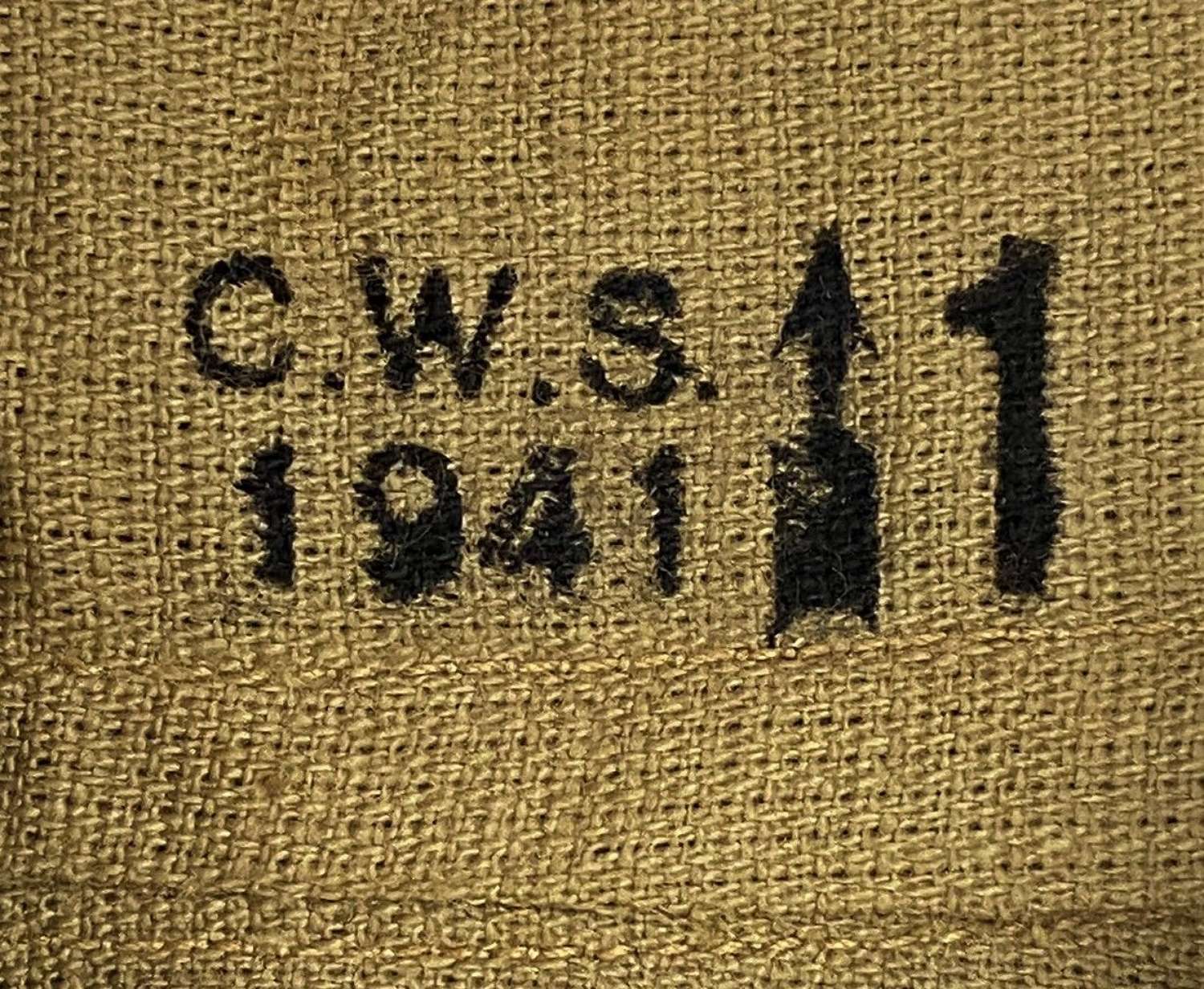 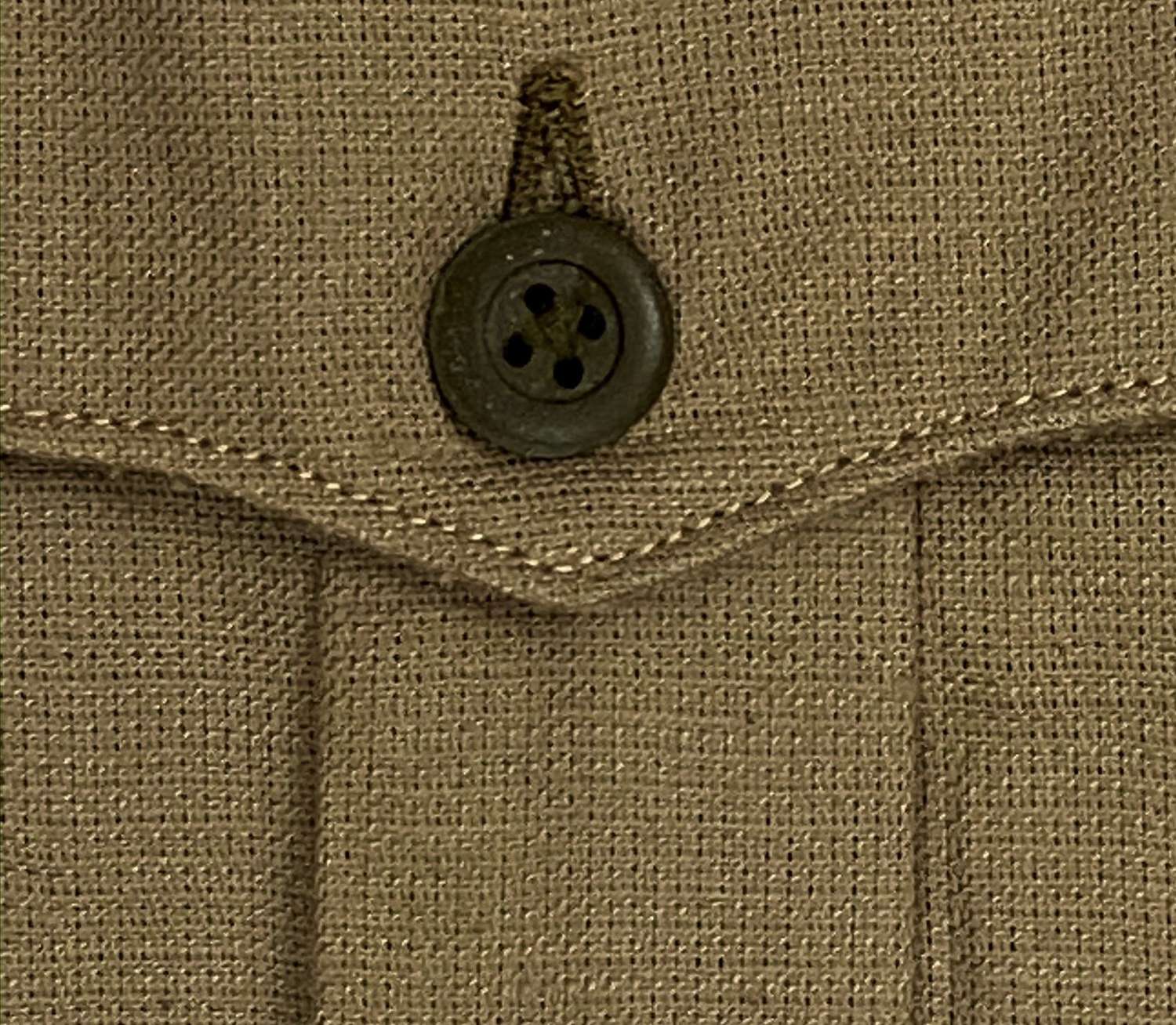 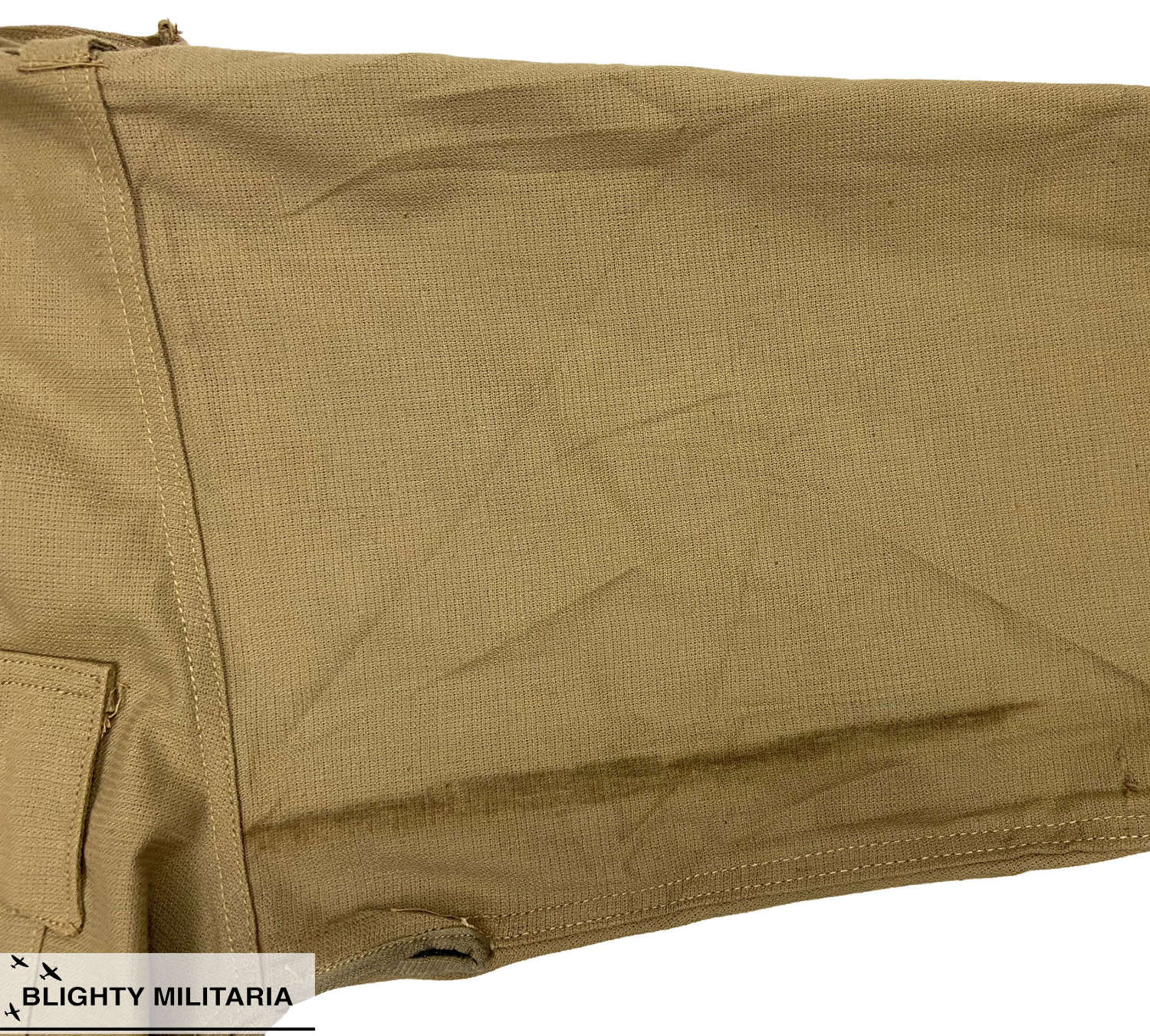 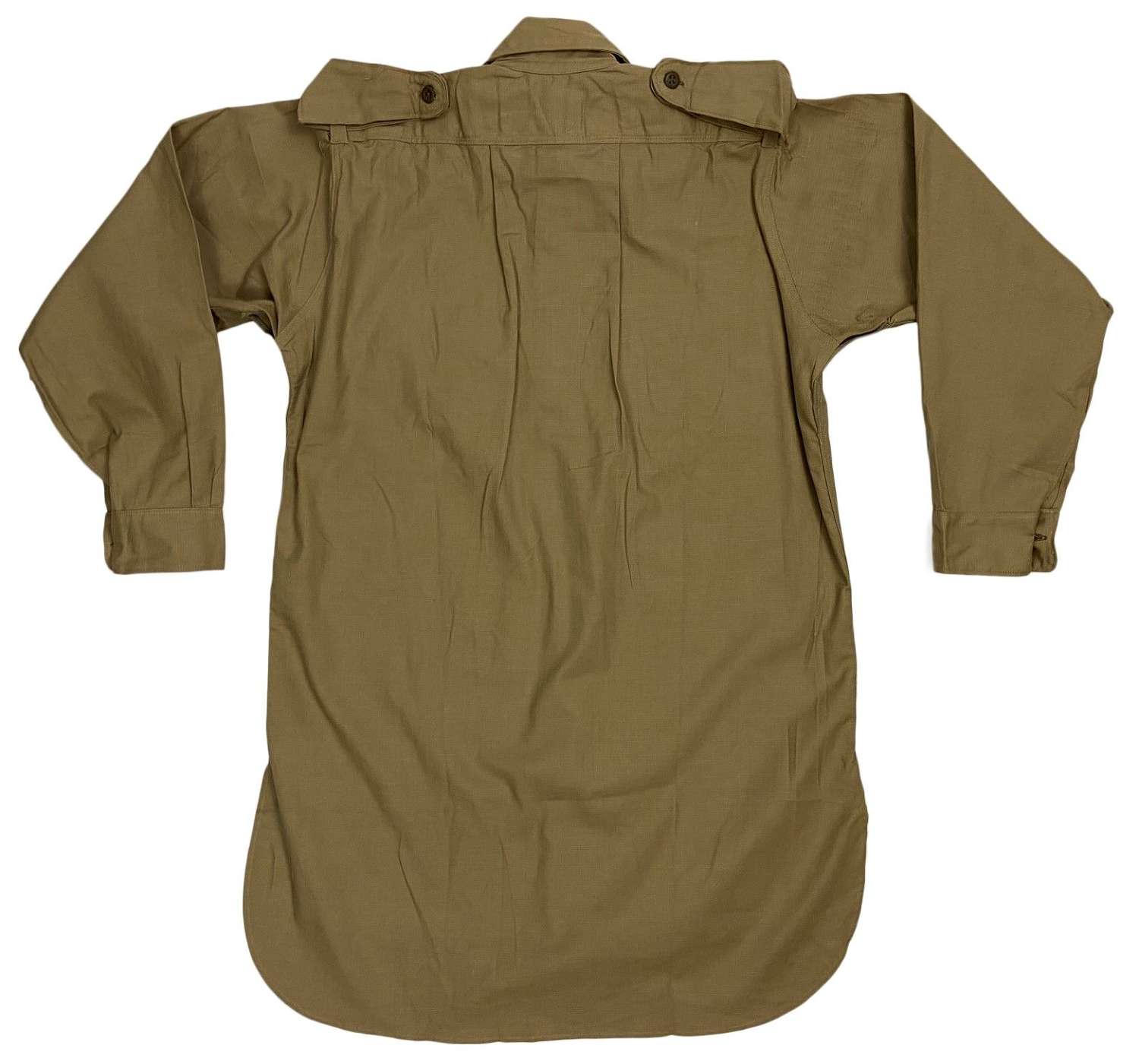