An original Auxiliary Territorial Service Working Overall dated 1942 and in a size 2.

Whilst it looks like a full button front garment, it is not. The button front only extends three quarters of the way down meaning the overall has to be pulled on over the wearer's head. It is made from a khaki coloured cotton linen mix and is fitted with a complete set of butterscotch coloured revolving shank buttons which can be removed for laundering. A patch pocket is located to the right hip and a half belt is fastened around the front of the waist.

Inside the overall the original label is still present and is still legible. It bears the title of 'Overalls, Working, A.T.S' and the size of 2 which is designed to fit a 35" - 38" bust. The manufacturers name of 'Smith & Co' is present as is the 1942 date and the War Department broad arrow marking.

The inside of the skirt bears the War Department acceptance stamp which is surmounted by the letter 'O' which denotes 1942 as the year of issue. As well as this is the original paper cutters tag is also present which would suggest that the item is a deadstock, unworn example.

The overall is in good condition and does not appear to have been worn meaning it may be deadstock. There are some marks as shown in the pictures but overall they display very well. 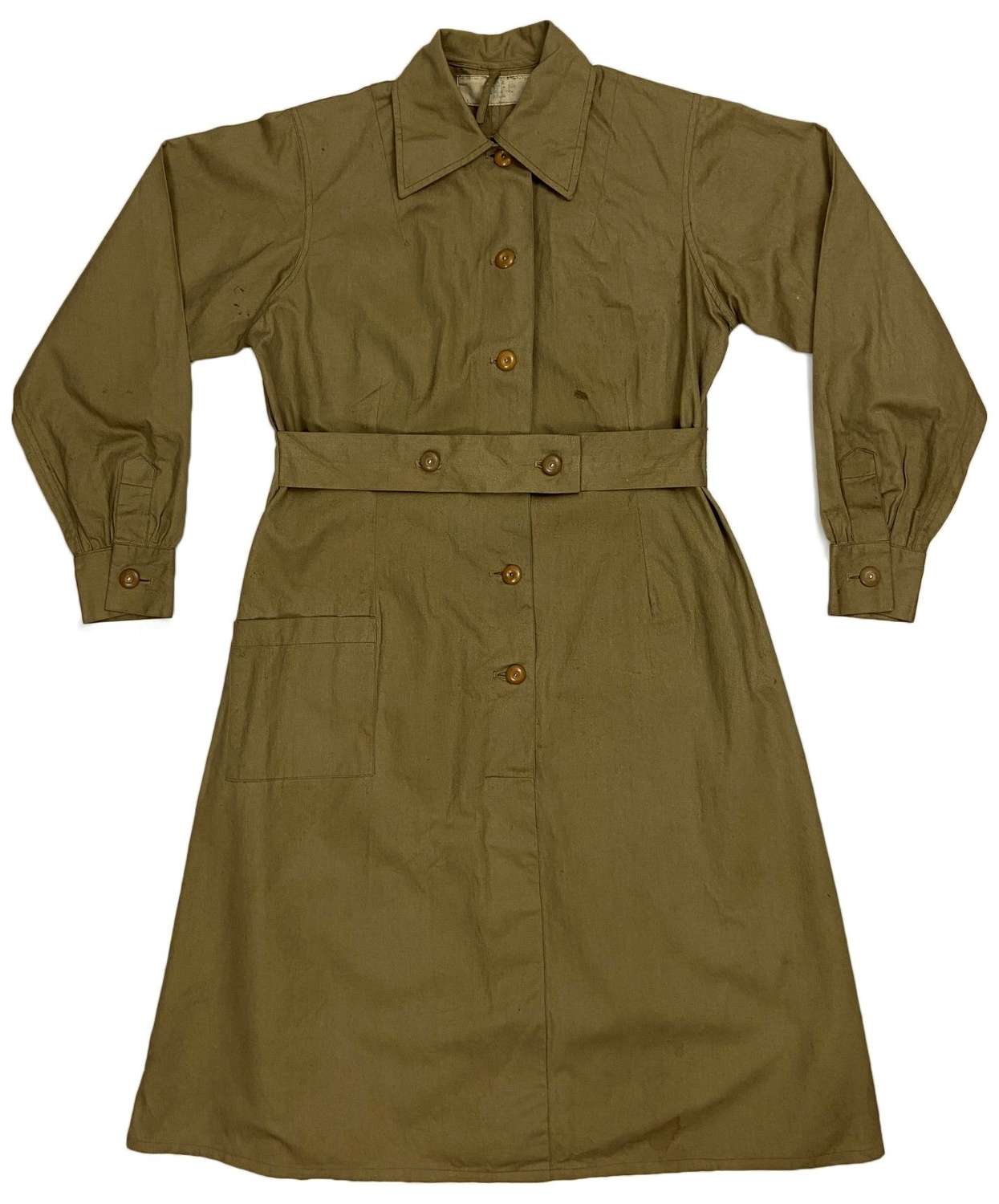 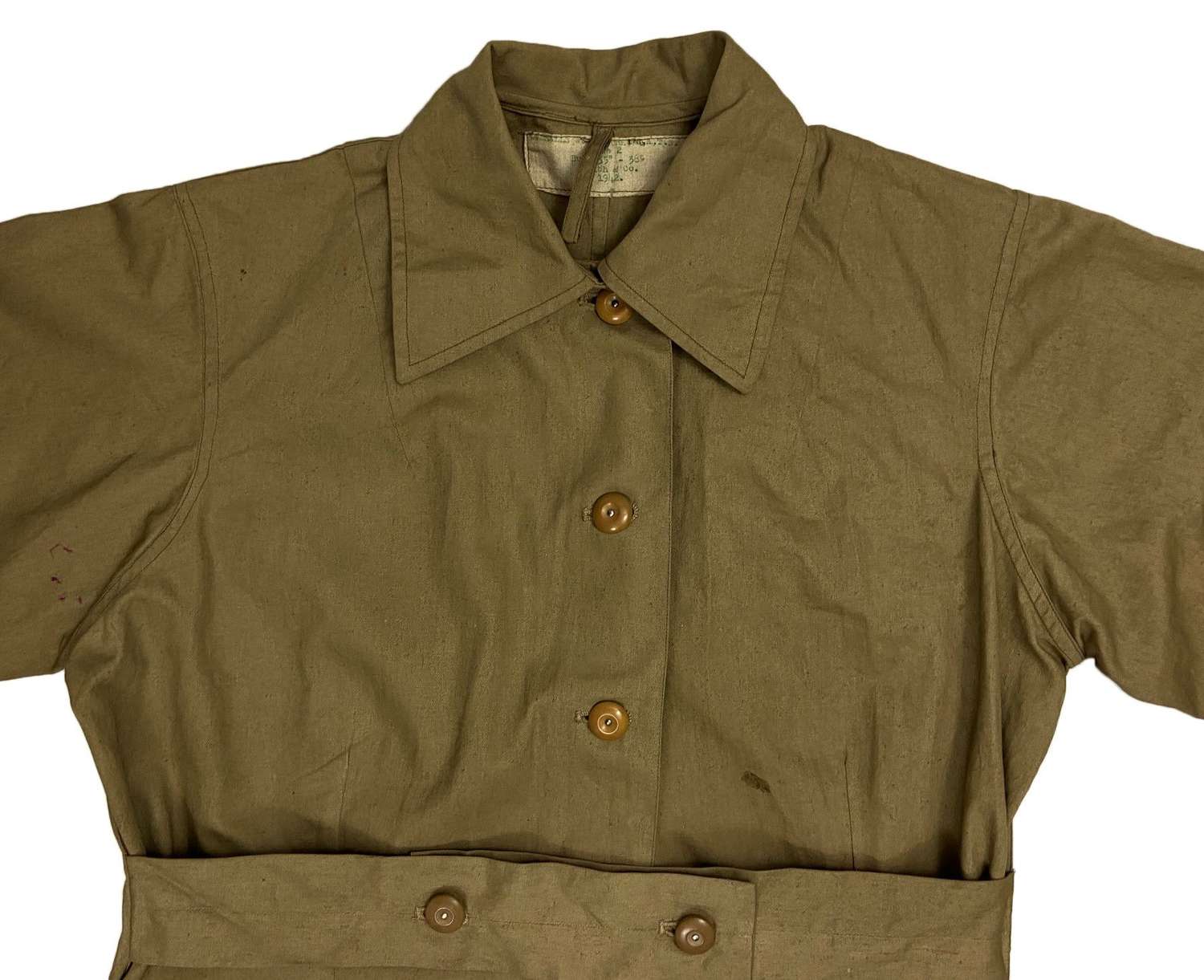 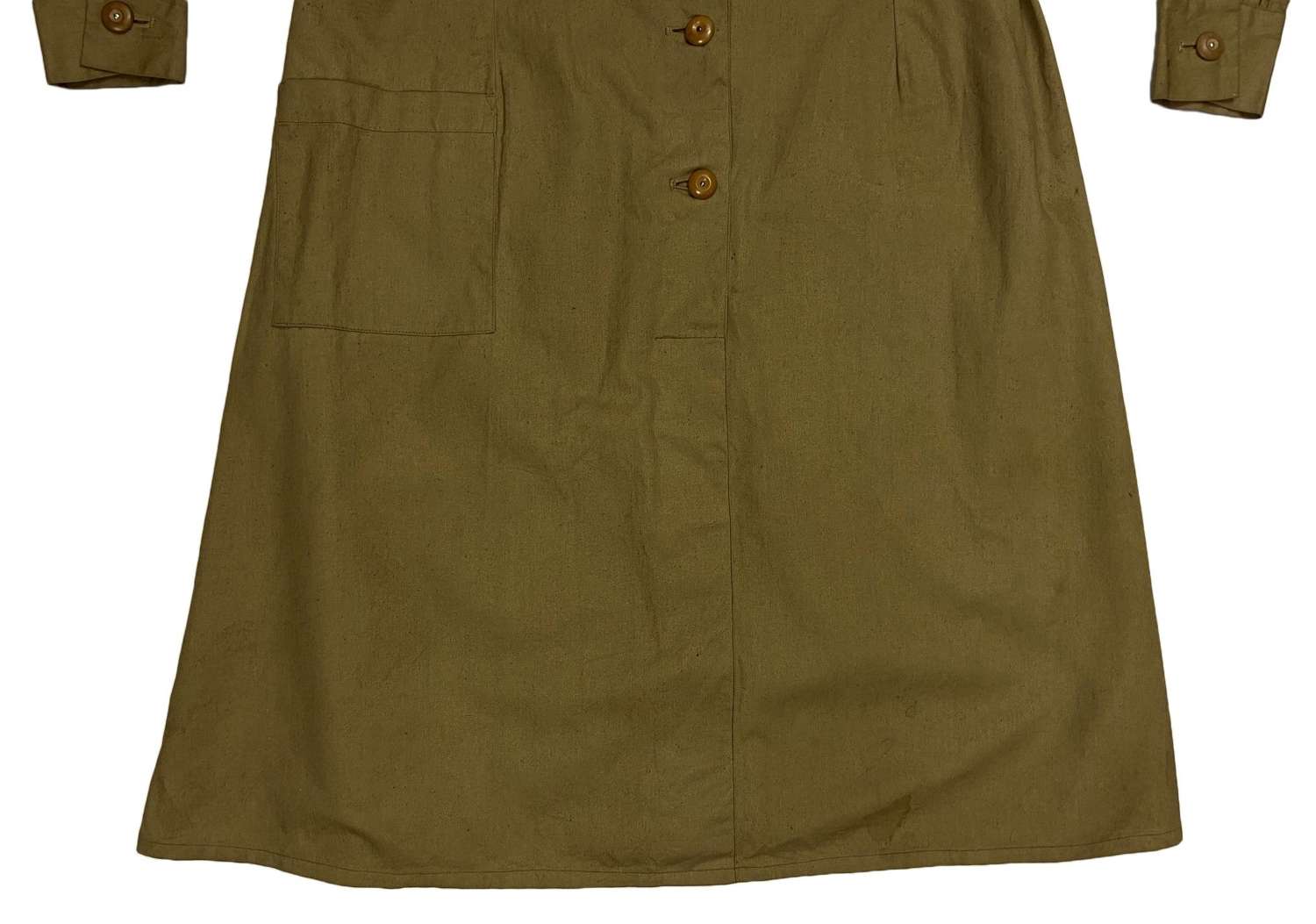 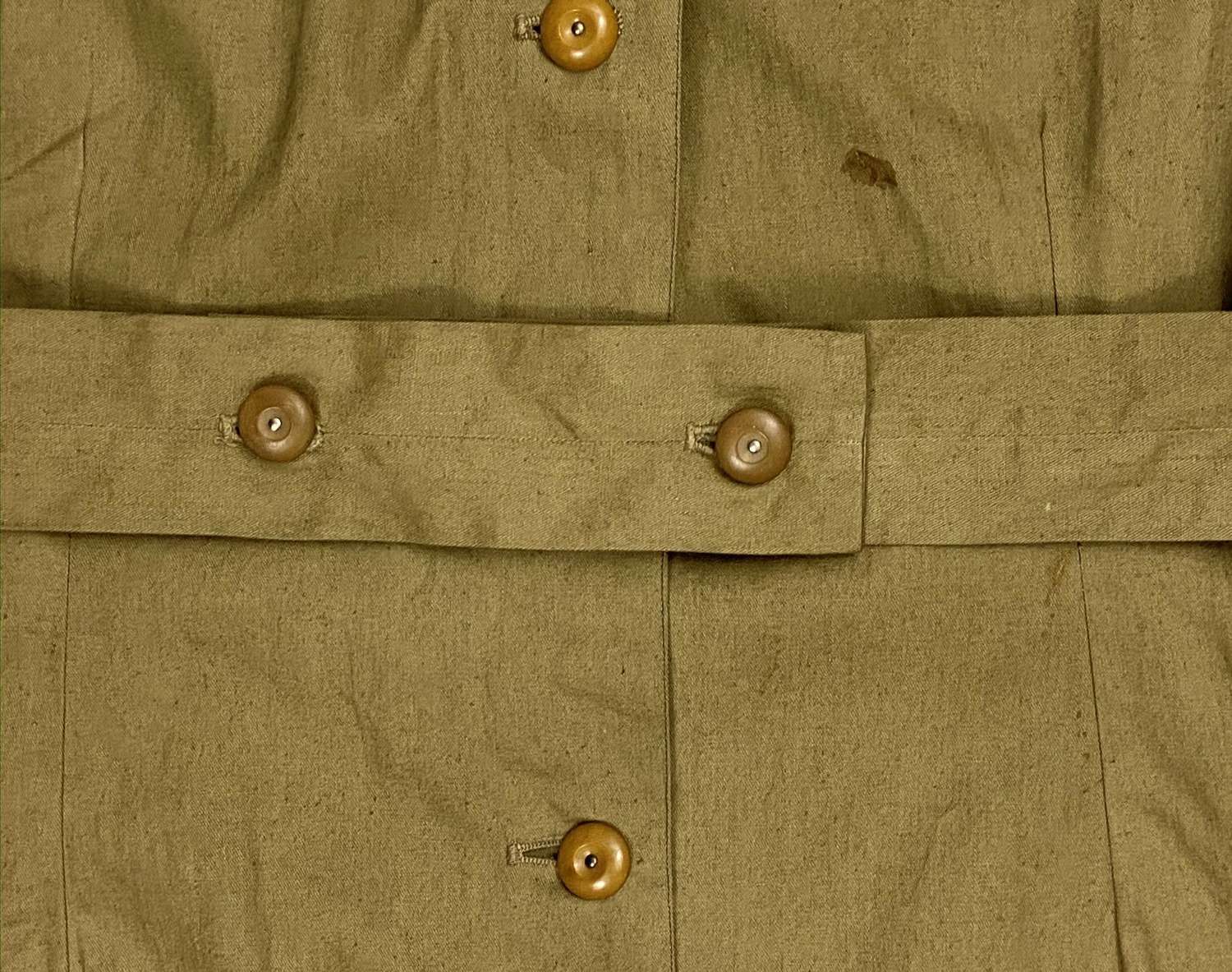 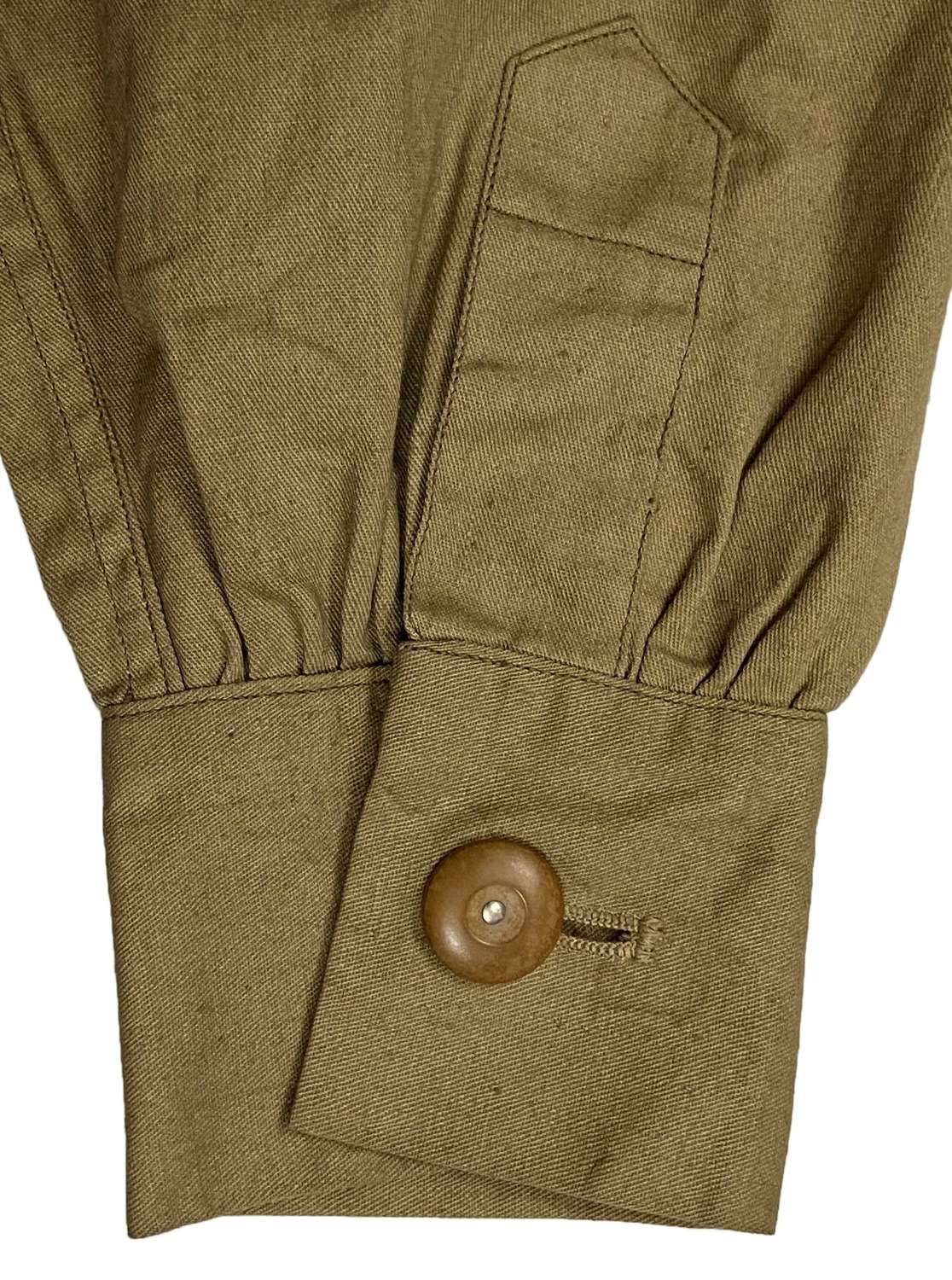 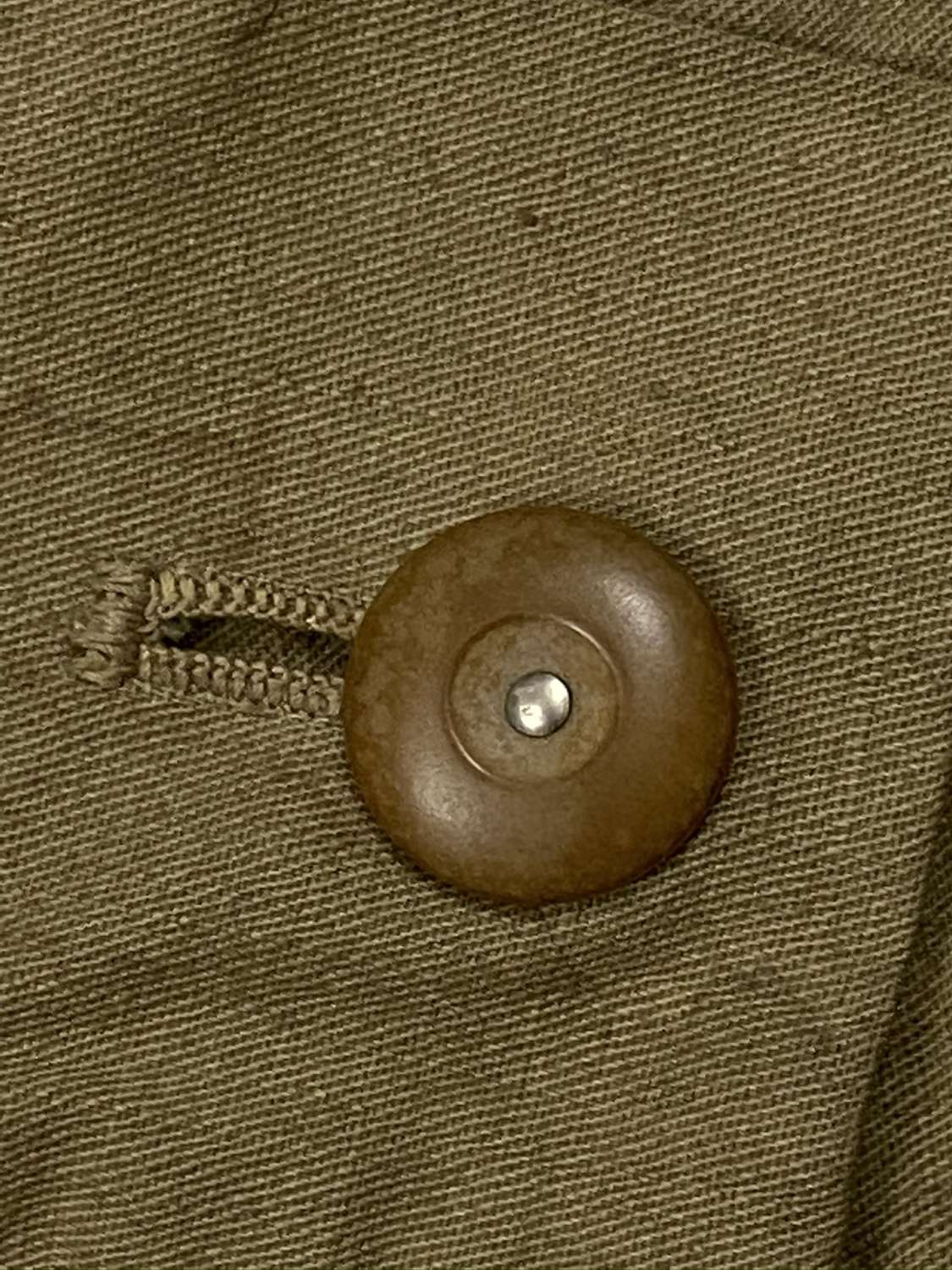 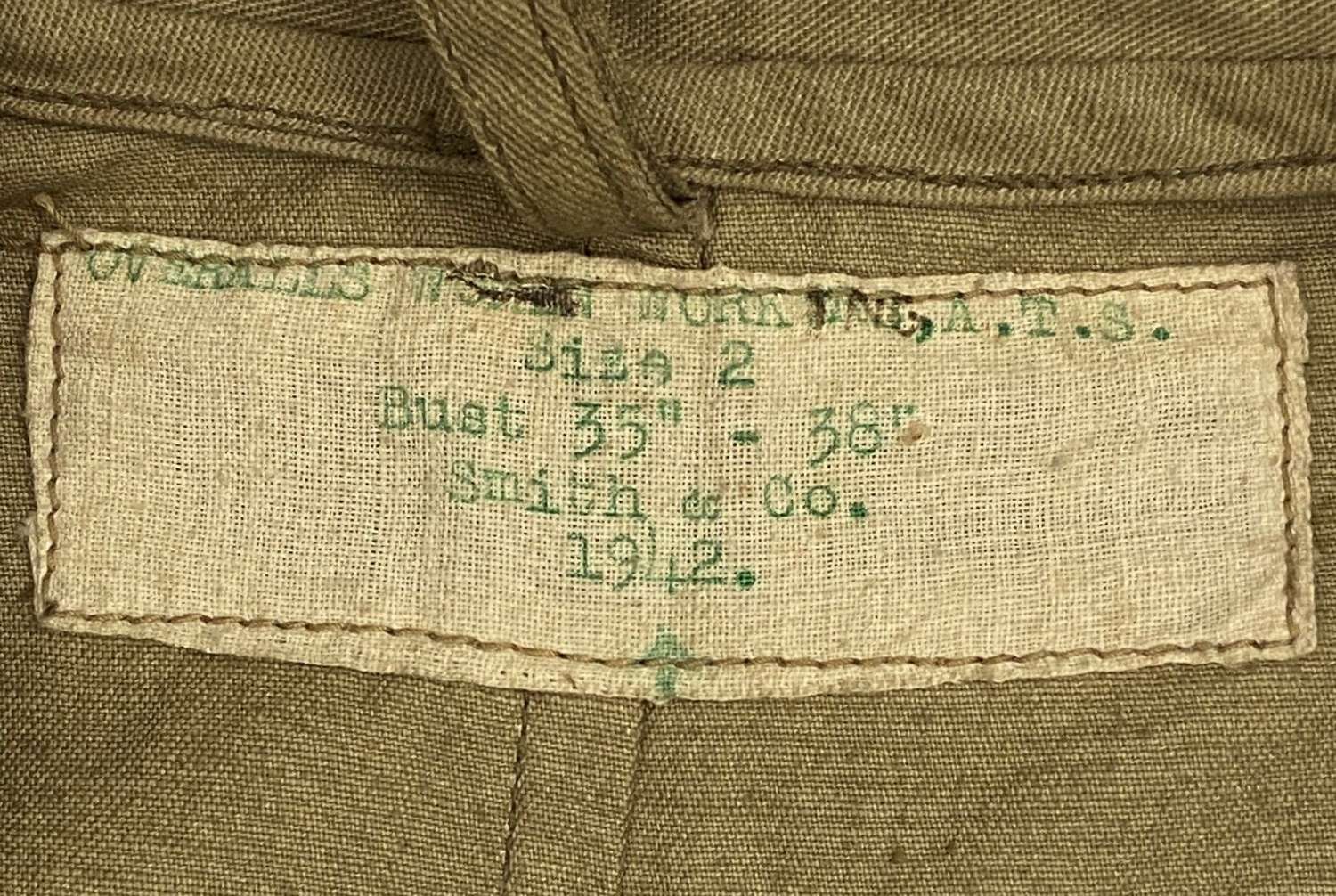 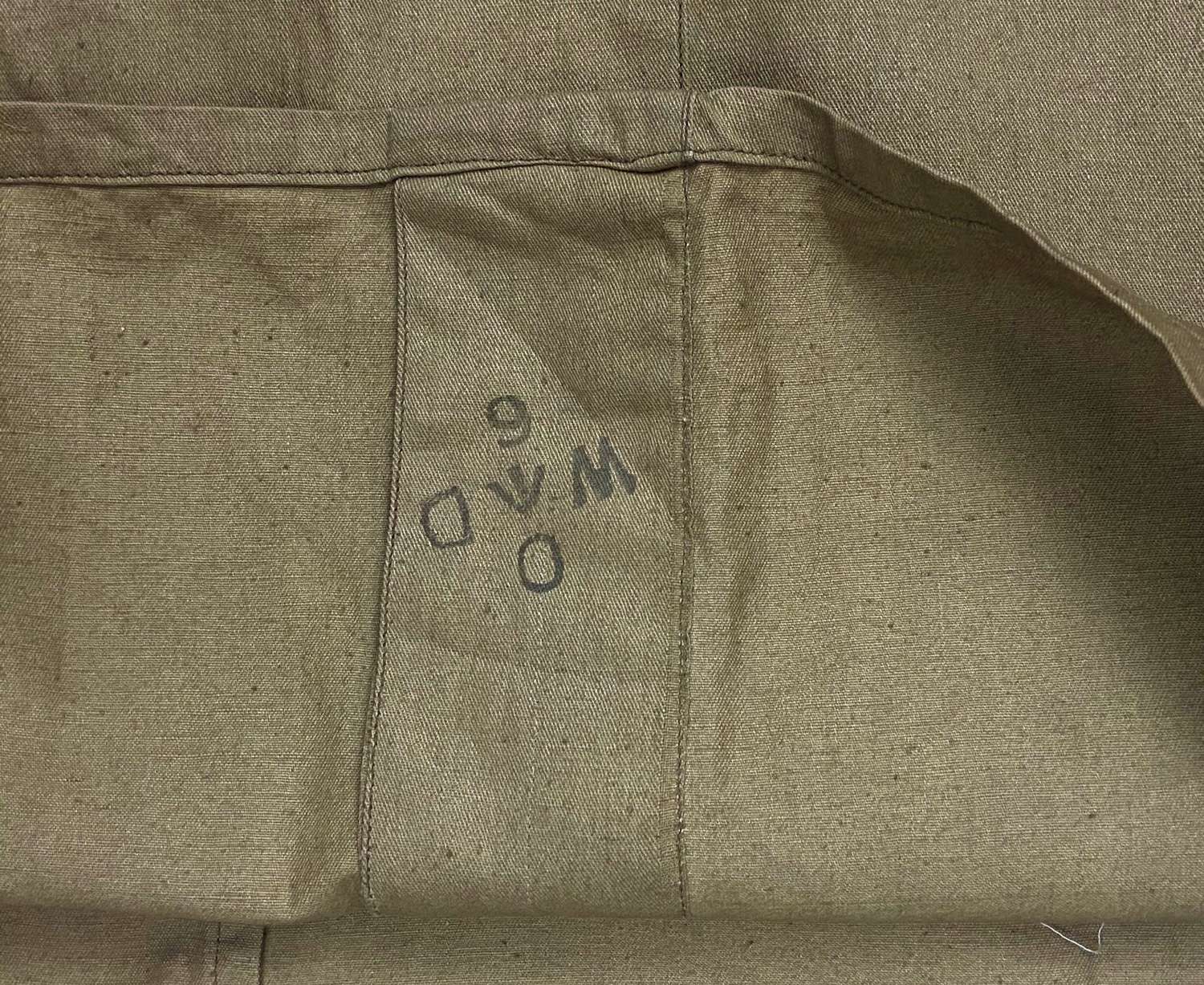 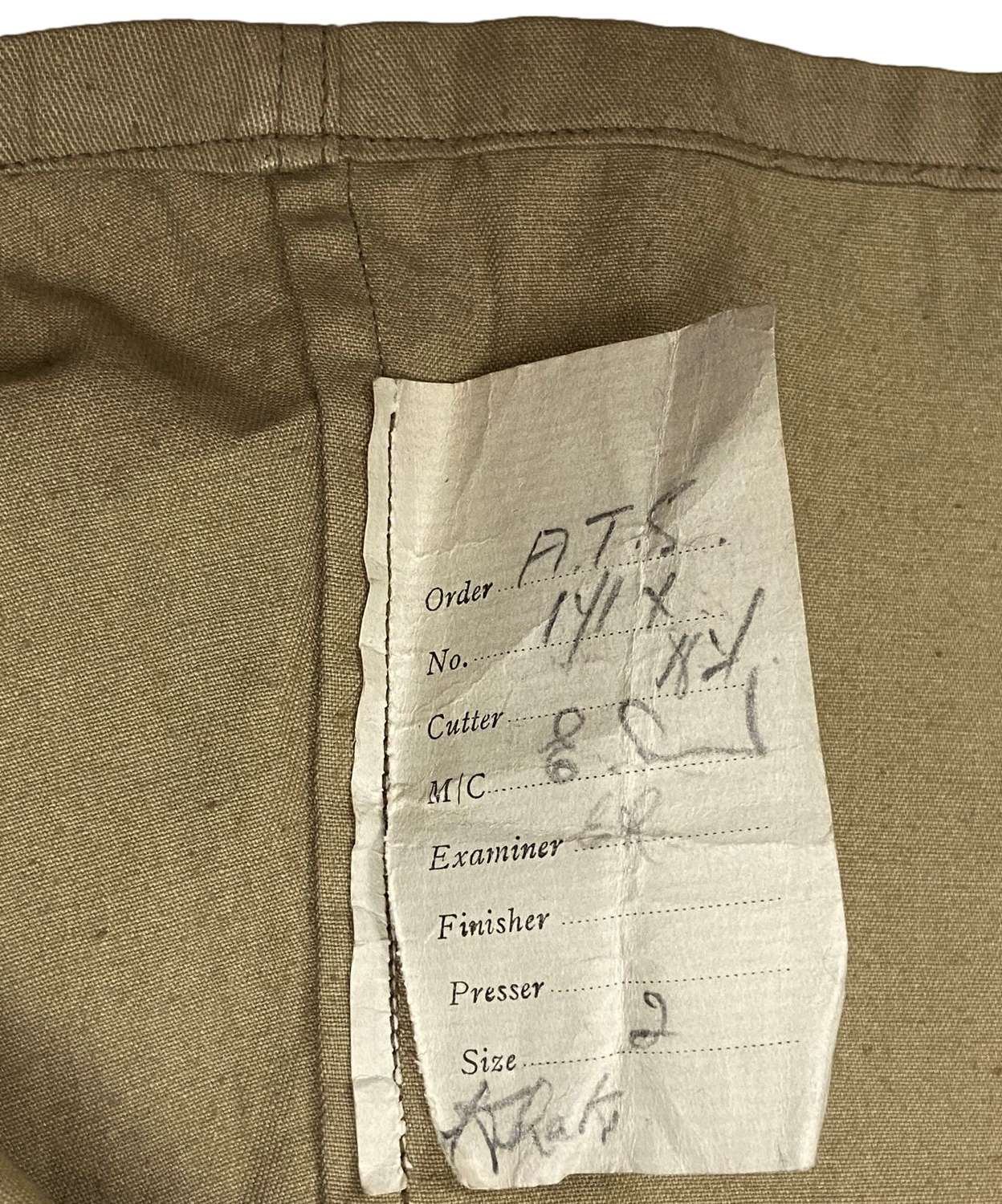 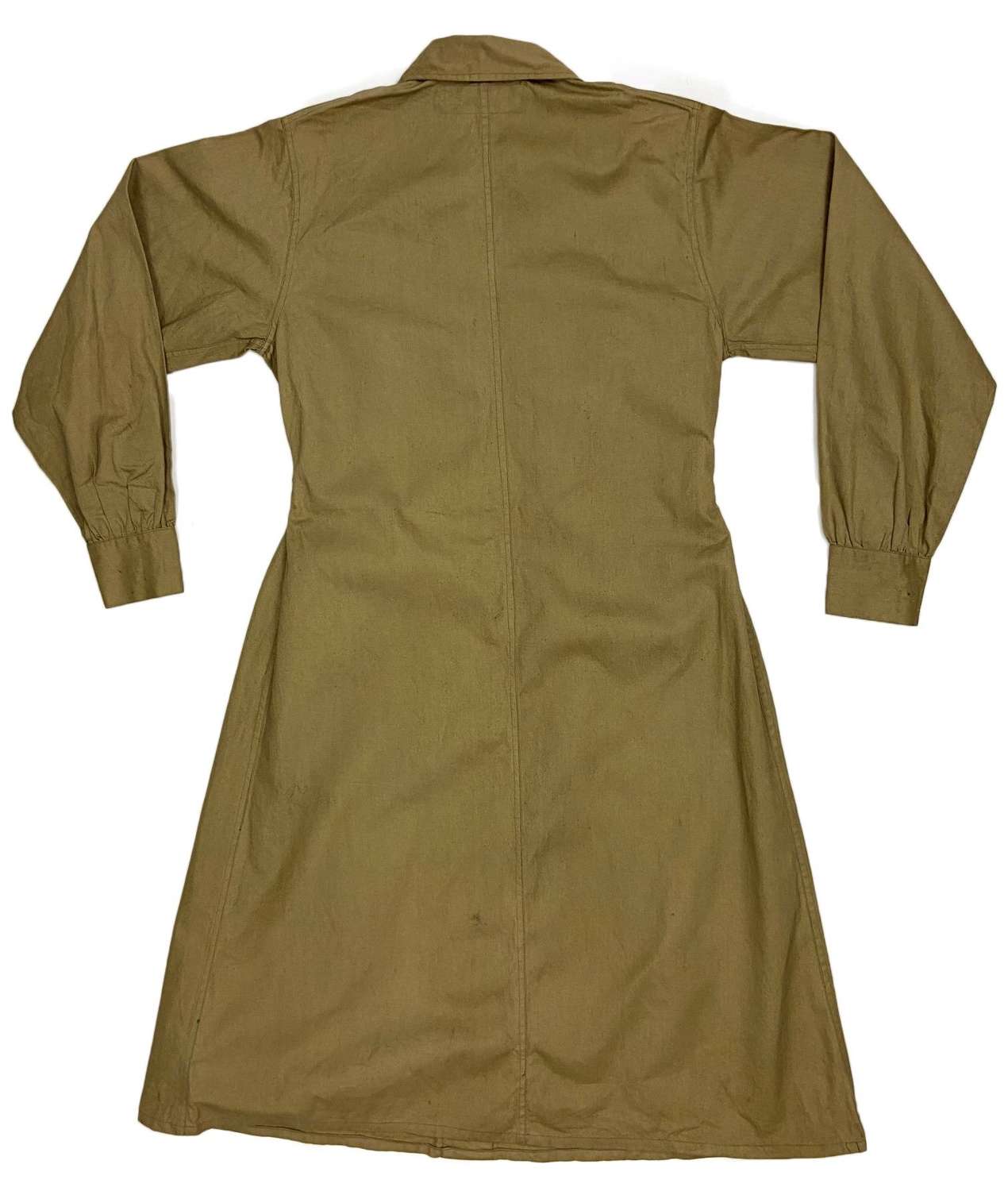 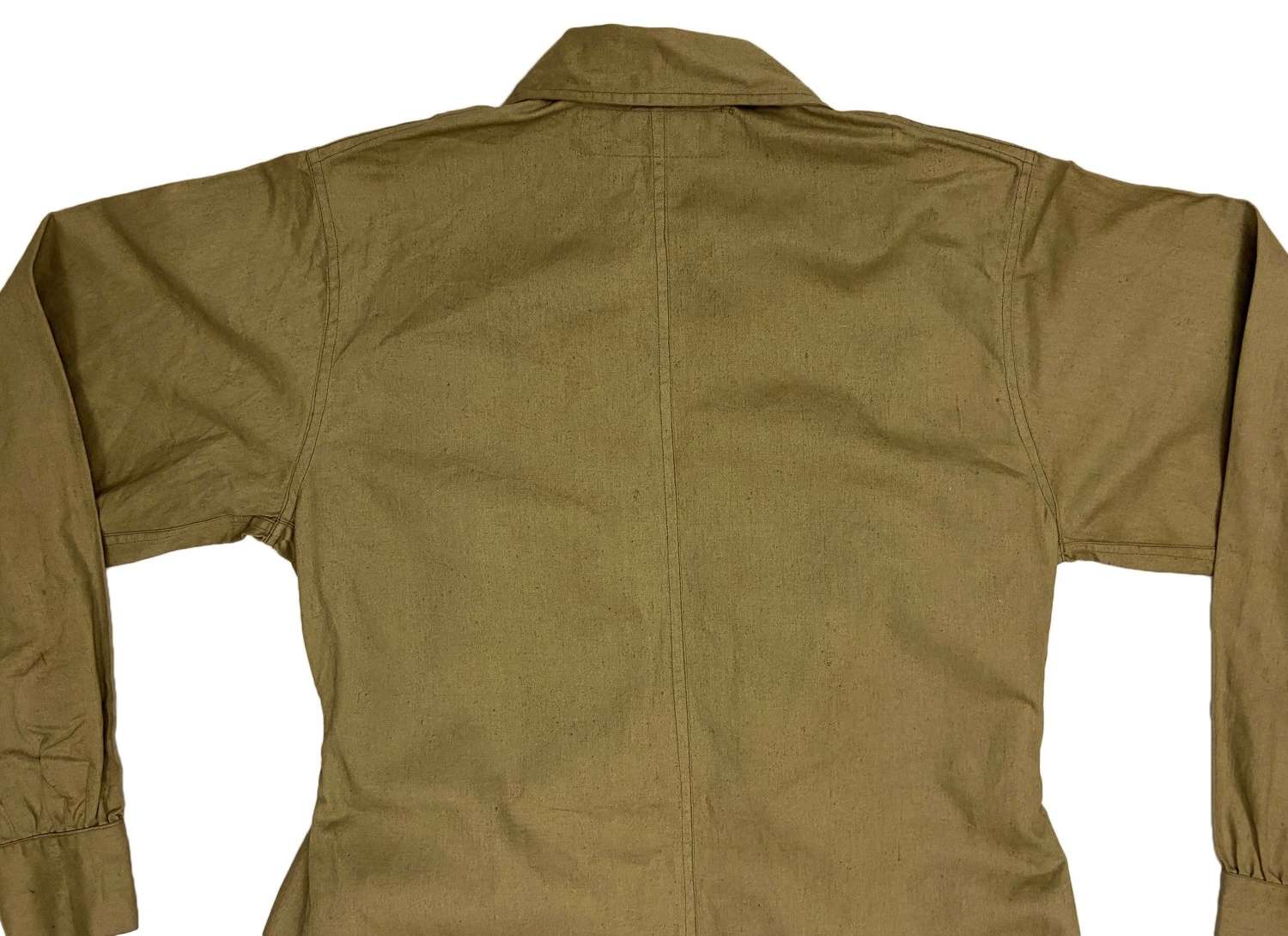 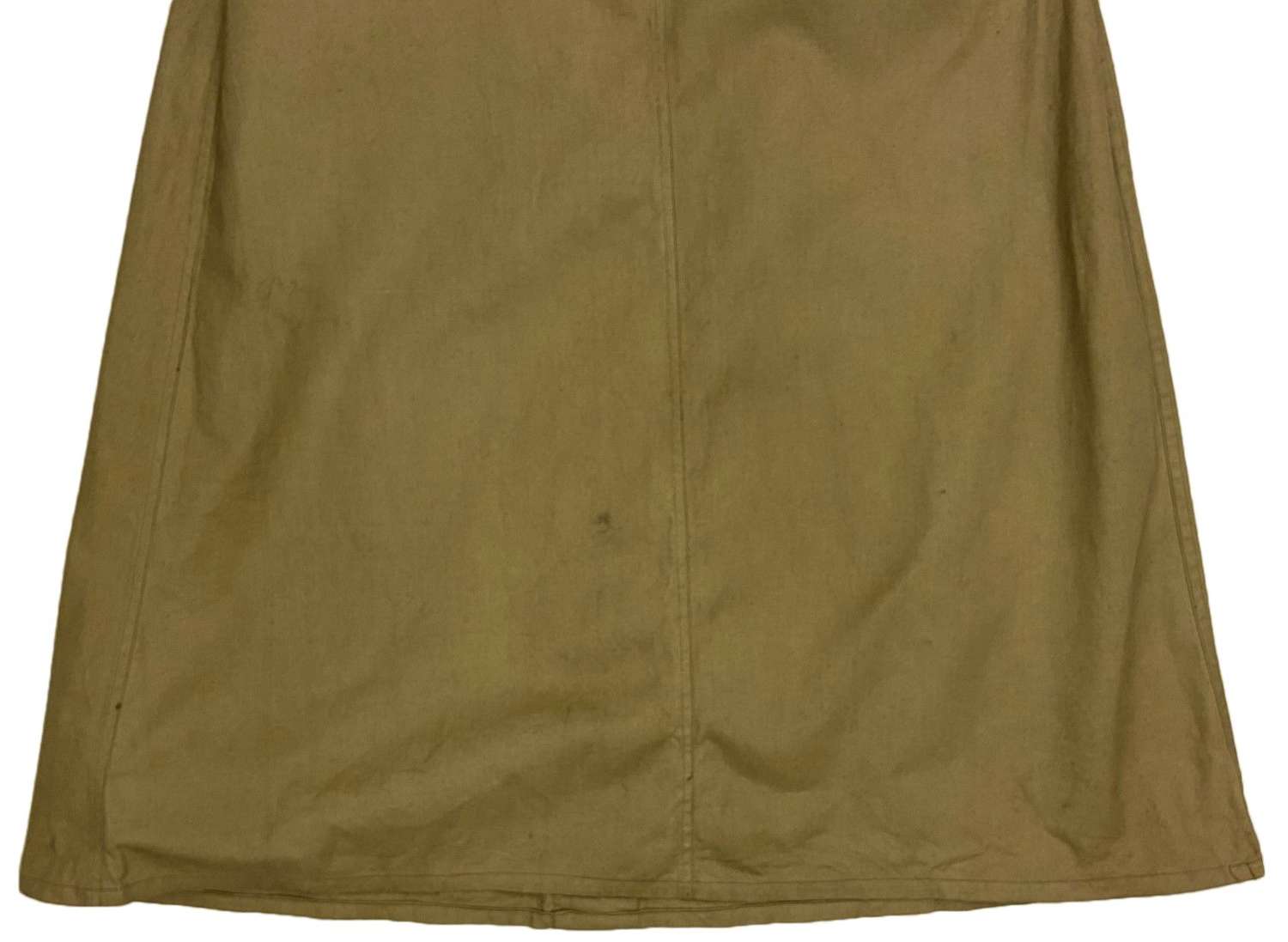