An original pair of men's morning stripe trousers made in the 1940s.

The trousers are made from a wool which features a striped pattern in shades of grey. In keeping with the period they are cut with a high rise waist and wide leg and feature a fishtail rise to the rear. The fly fastens with buttons and more buttons are located around the top of the waist to which braces can be attached. The trousers feature a twin pleated front, slash pockets to the hips and a single pocket to the rear. A large ticket pocket can also be found to the waist.

The overall condition of the trousers is good with some signs of age and wear. Please study the pictures and bear in mind that these are a vintage, pre-worn pair of trousers with small flaws commensurate with age. 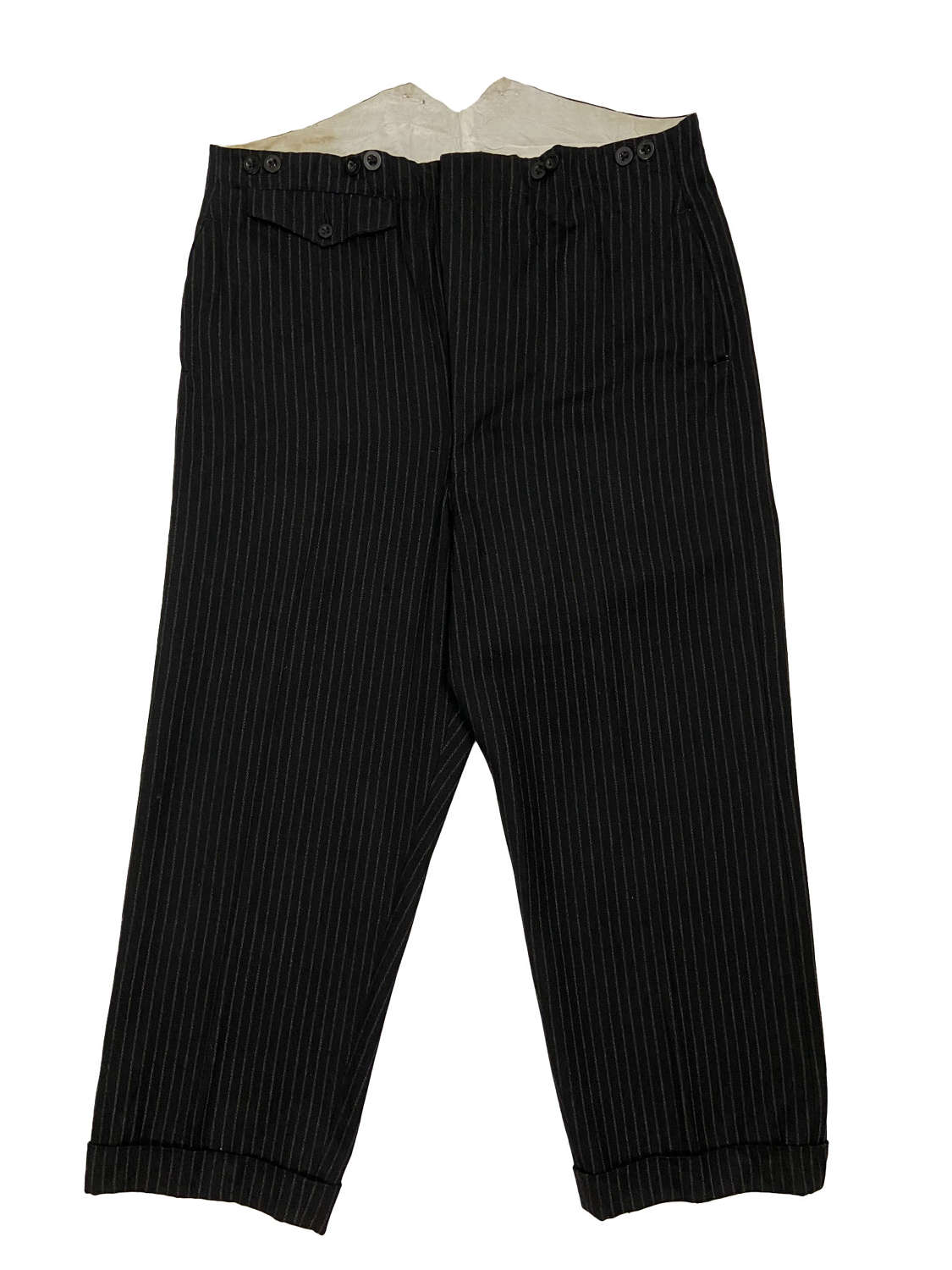 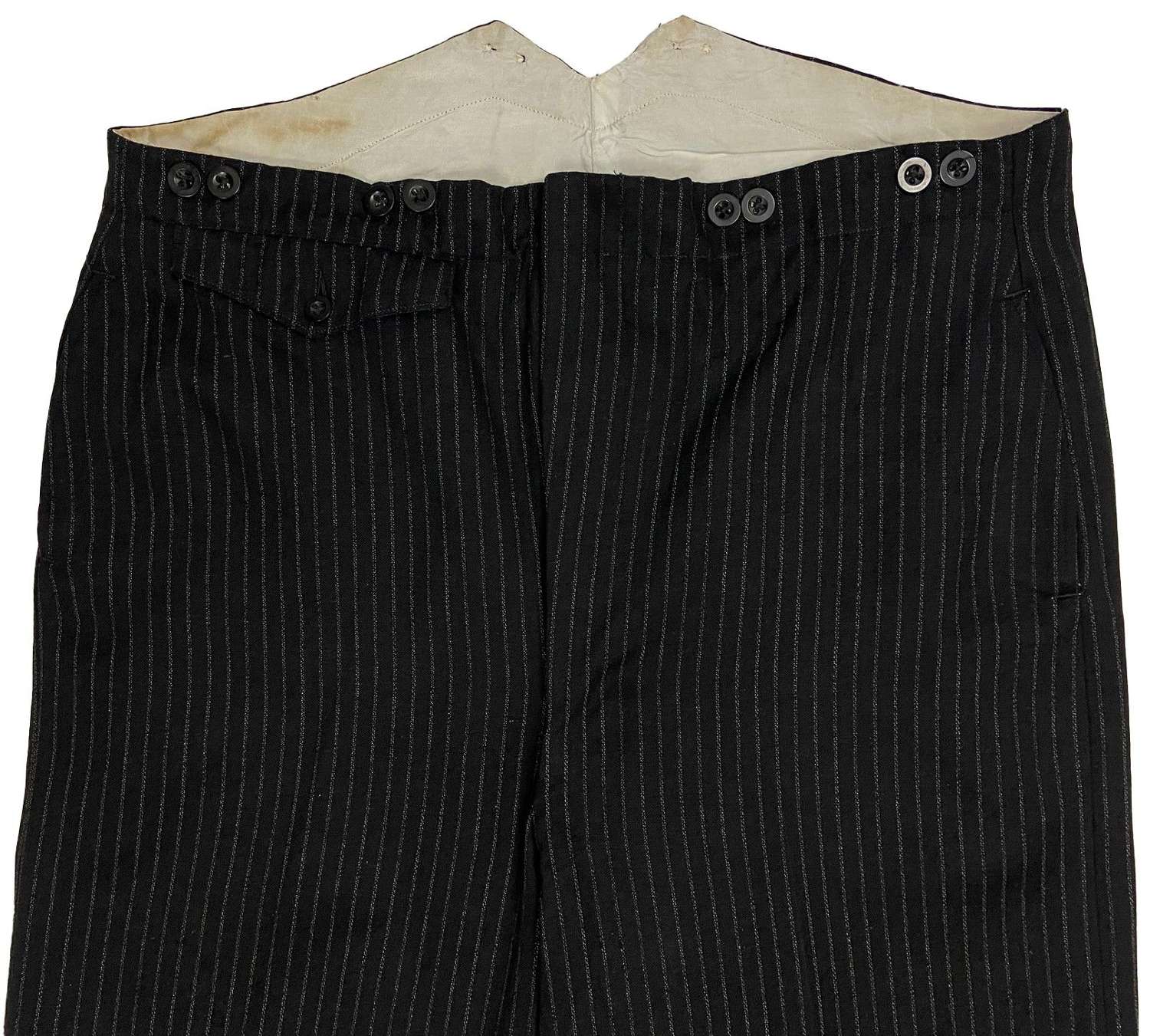 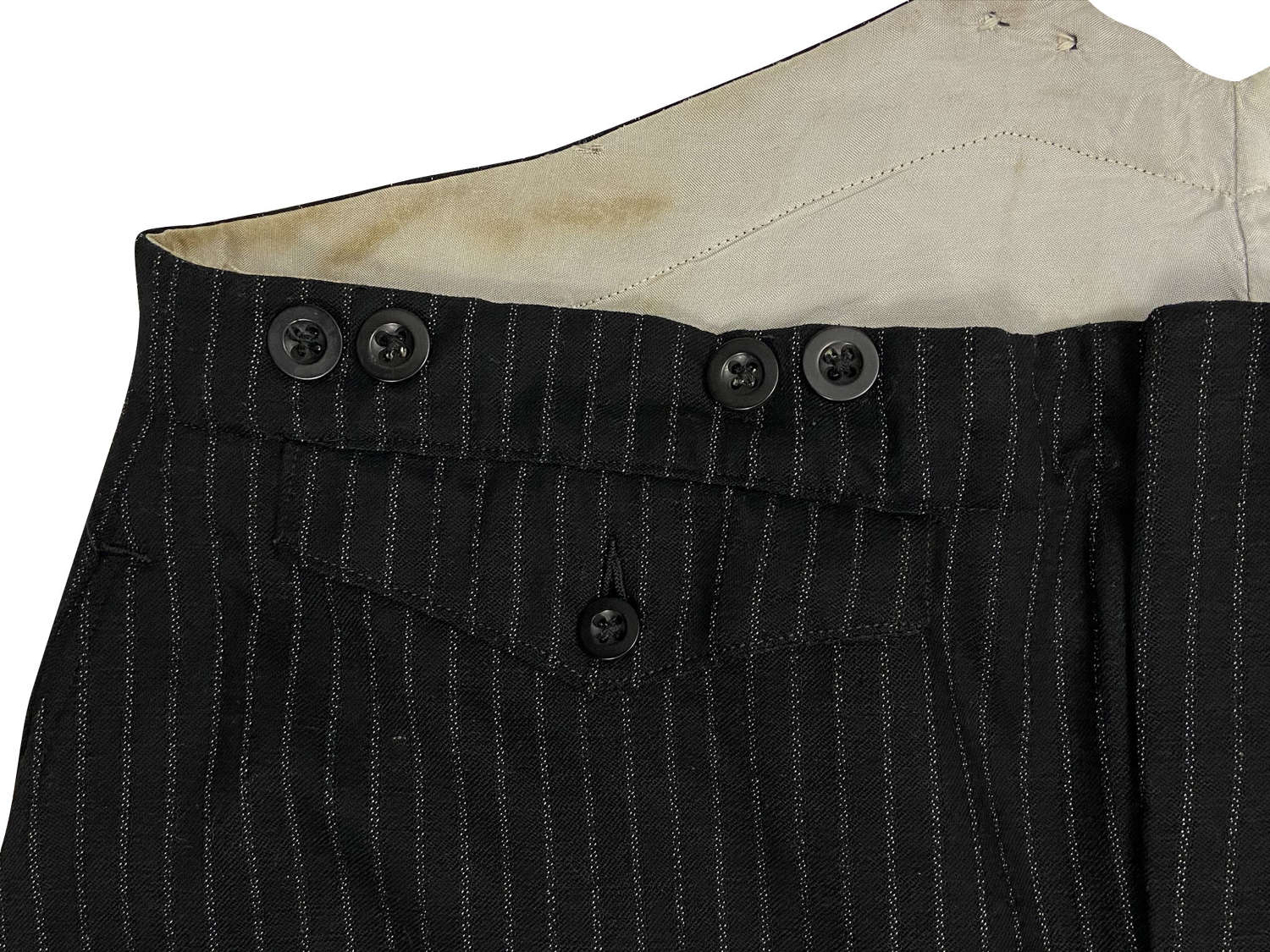 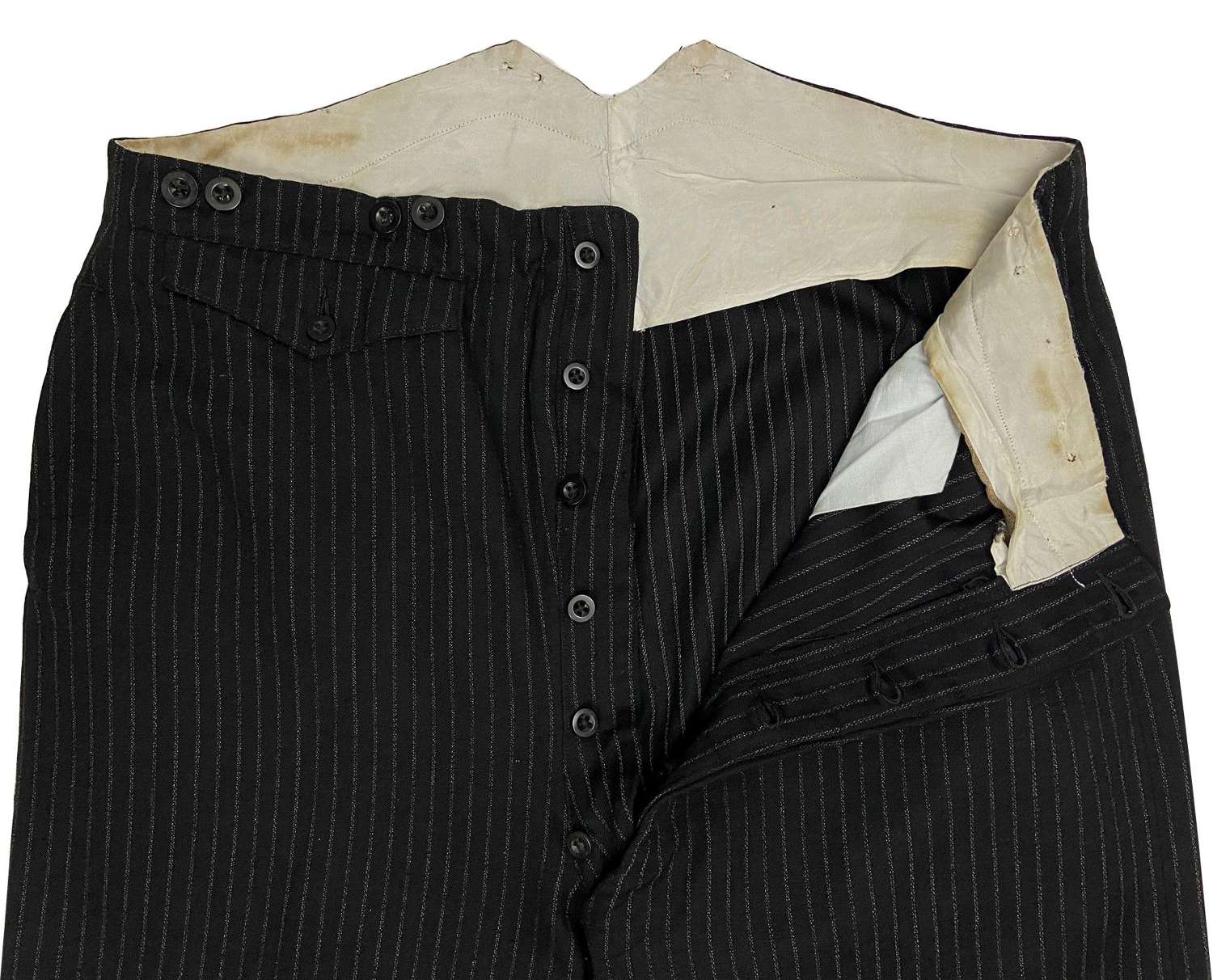 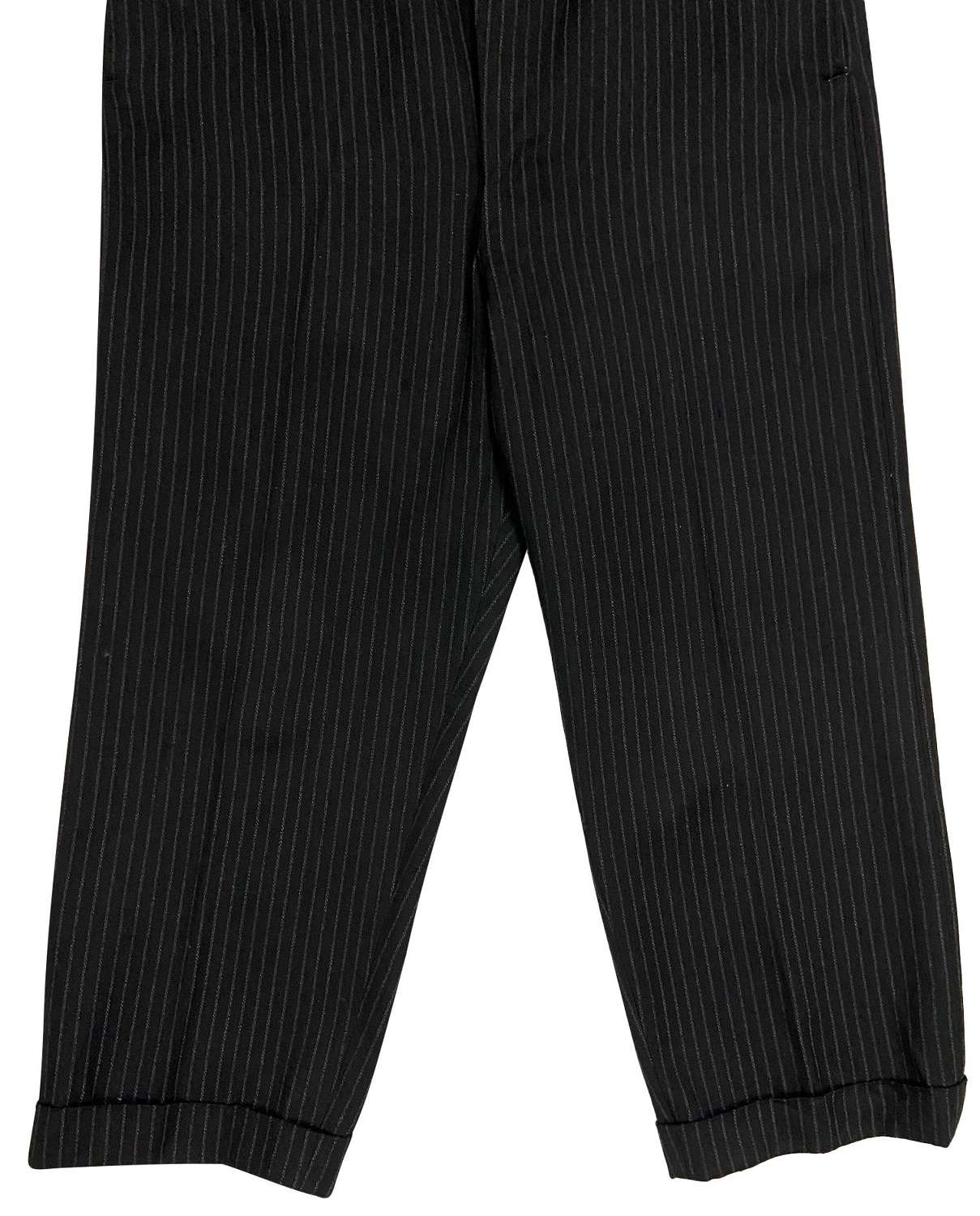 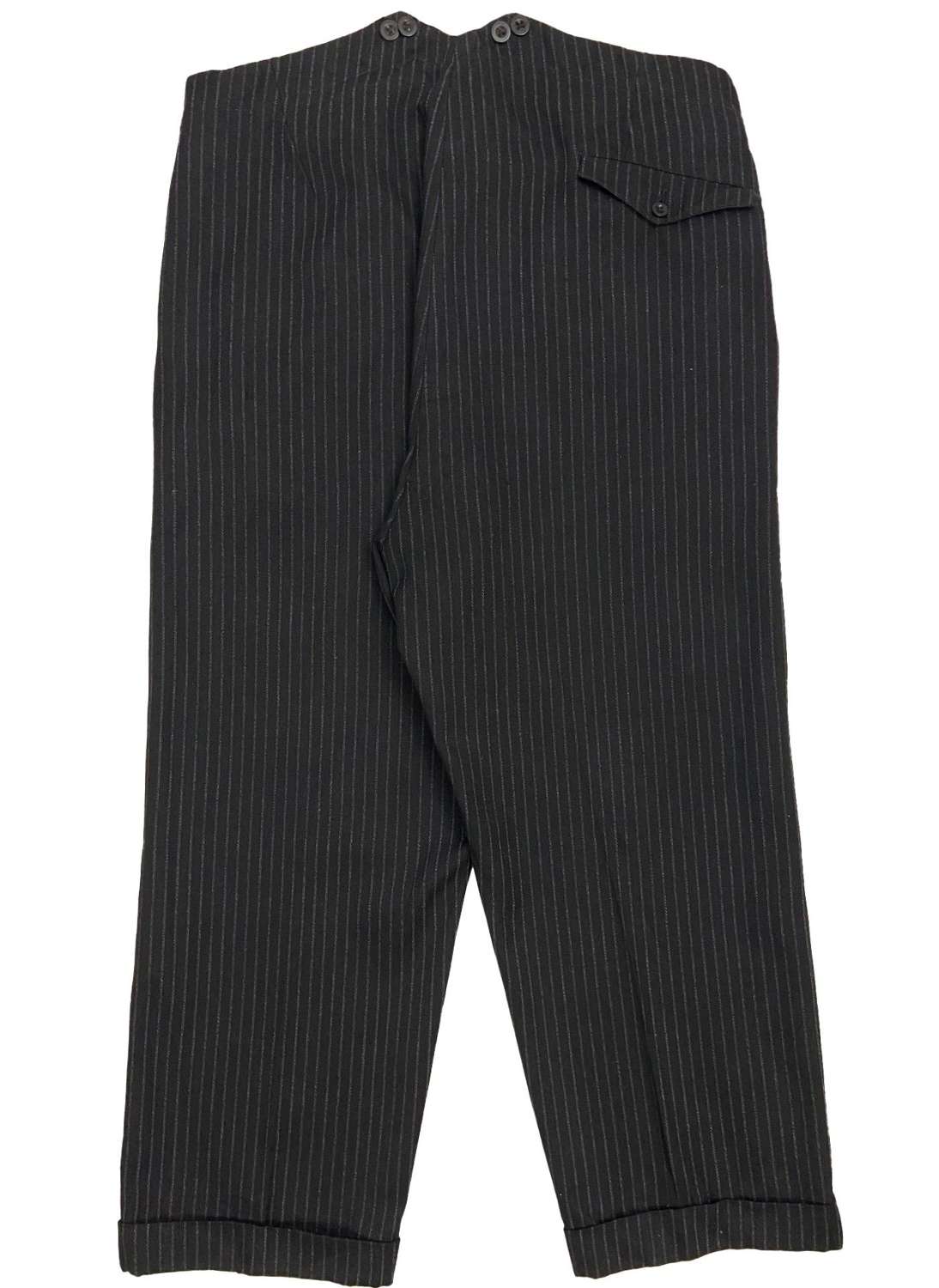 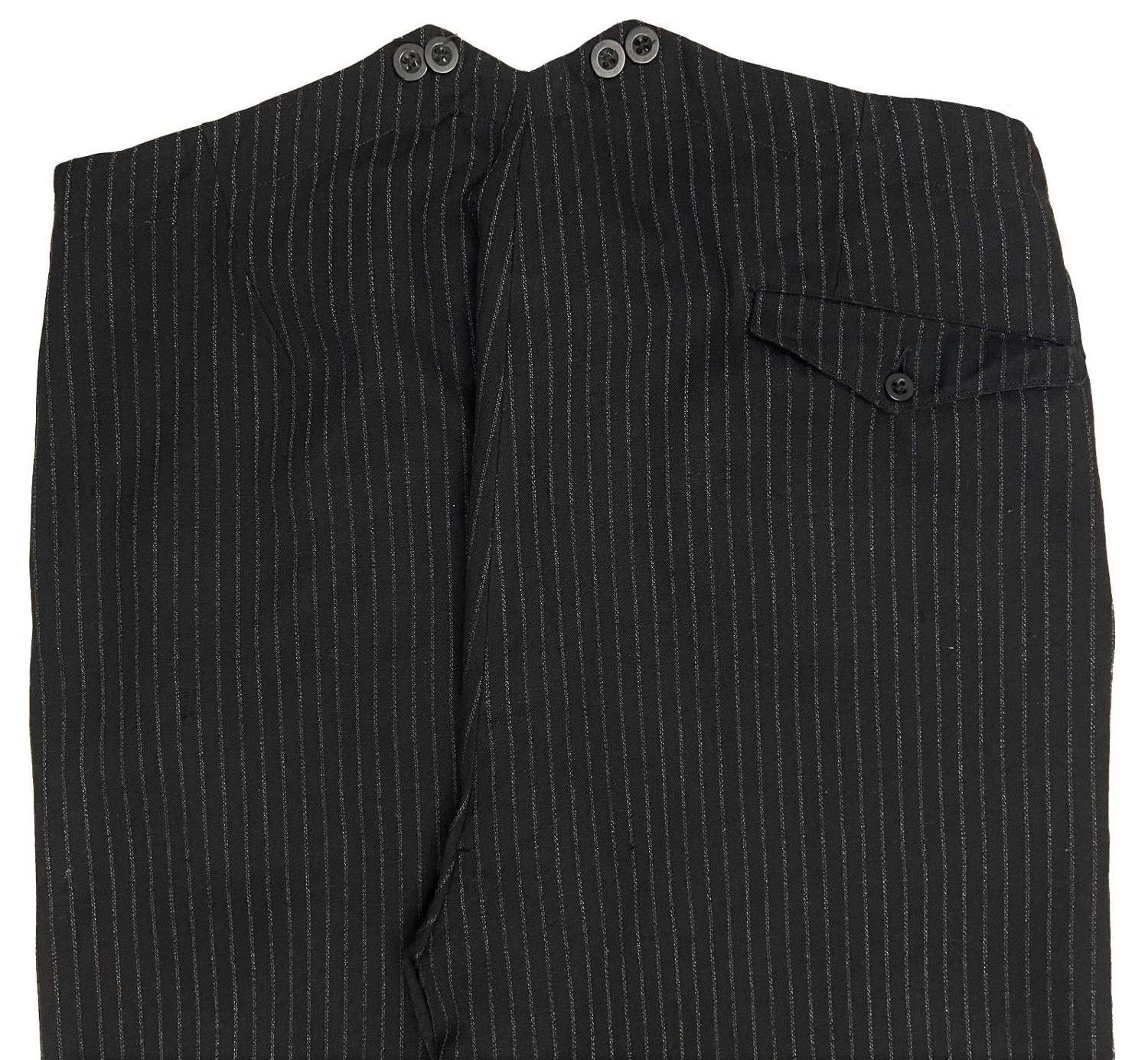 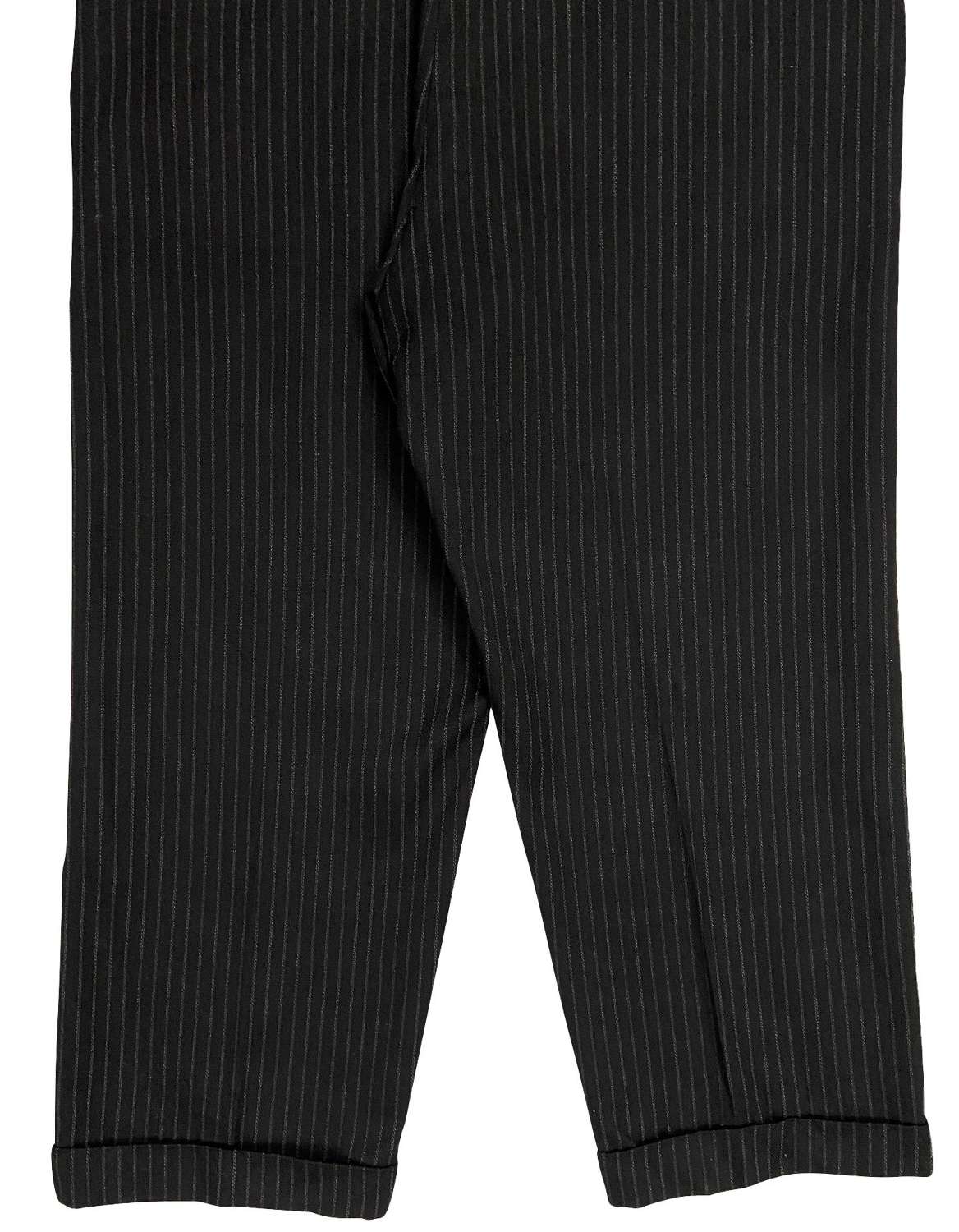