This pattern of smock was introduced in 1942 and was based on the same pattern as the earlier Denim Windproof Smock. It is made from a lightweight, tan coloured gabardine material and features chocolate brown coloured buttons throughout. A white drawstring is fitted around the mouth of the hood whilst another larger example can be found along the bottom seam.

Inside the smock the original label is still present and is bright and legible. It states the size as 1 and the manufacturer as 'S. L. & M Feathers Ltd'. The date of 1942 is present as is the War Department broad arrow marking. As well as the label there is a War Department acceptance stamp which is surmounted by the letter 'O' confirming the year as 1942. There is also a paper cutter tag to the interior which proves that the smock has never been worn! 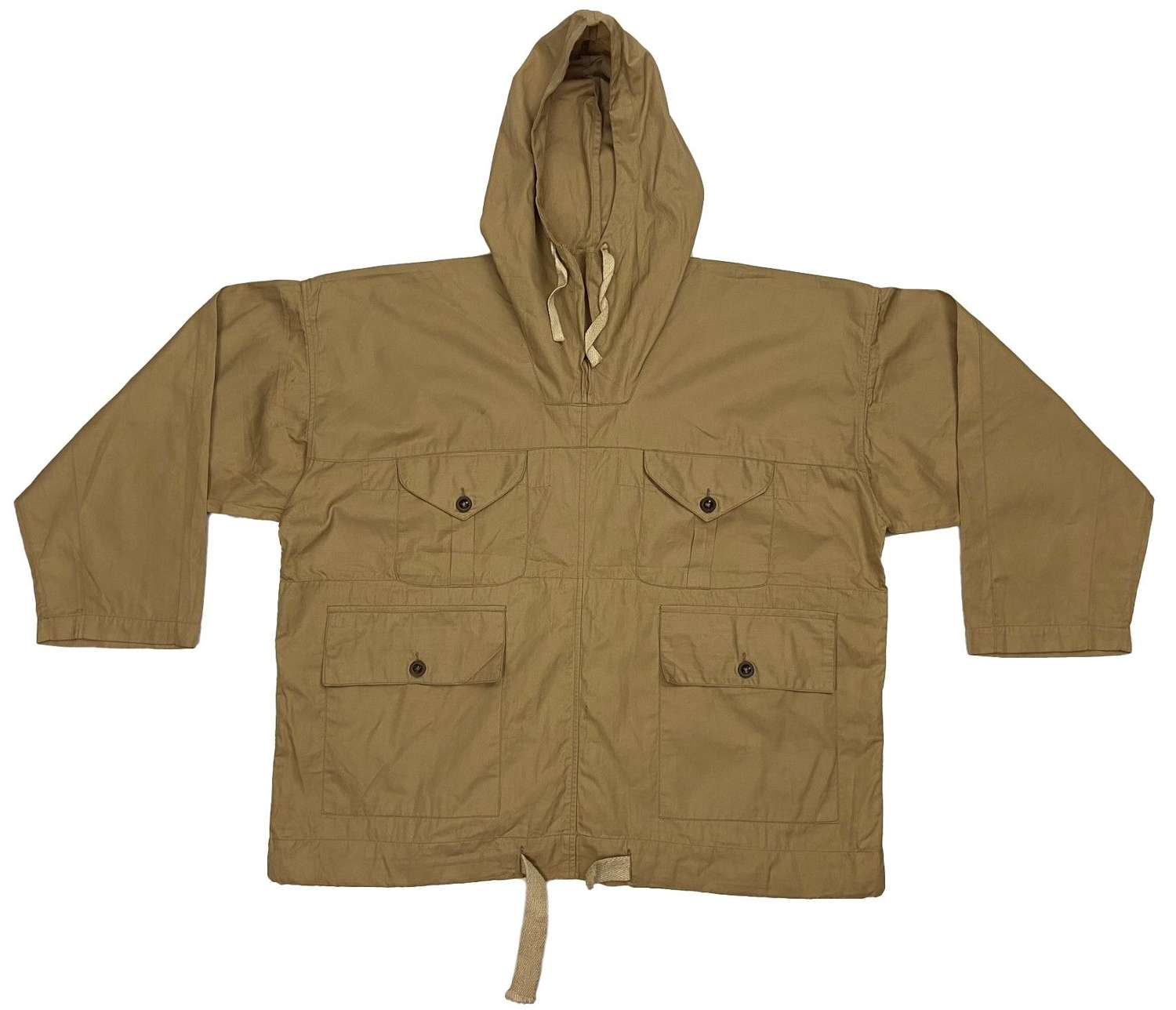 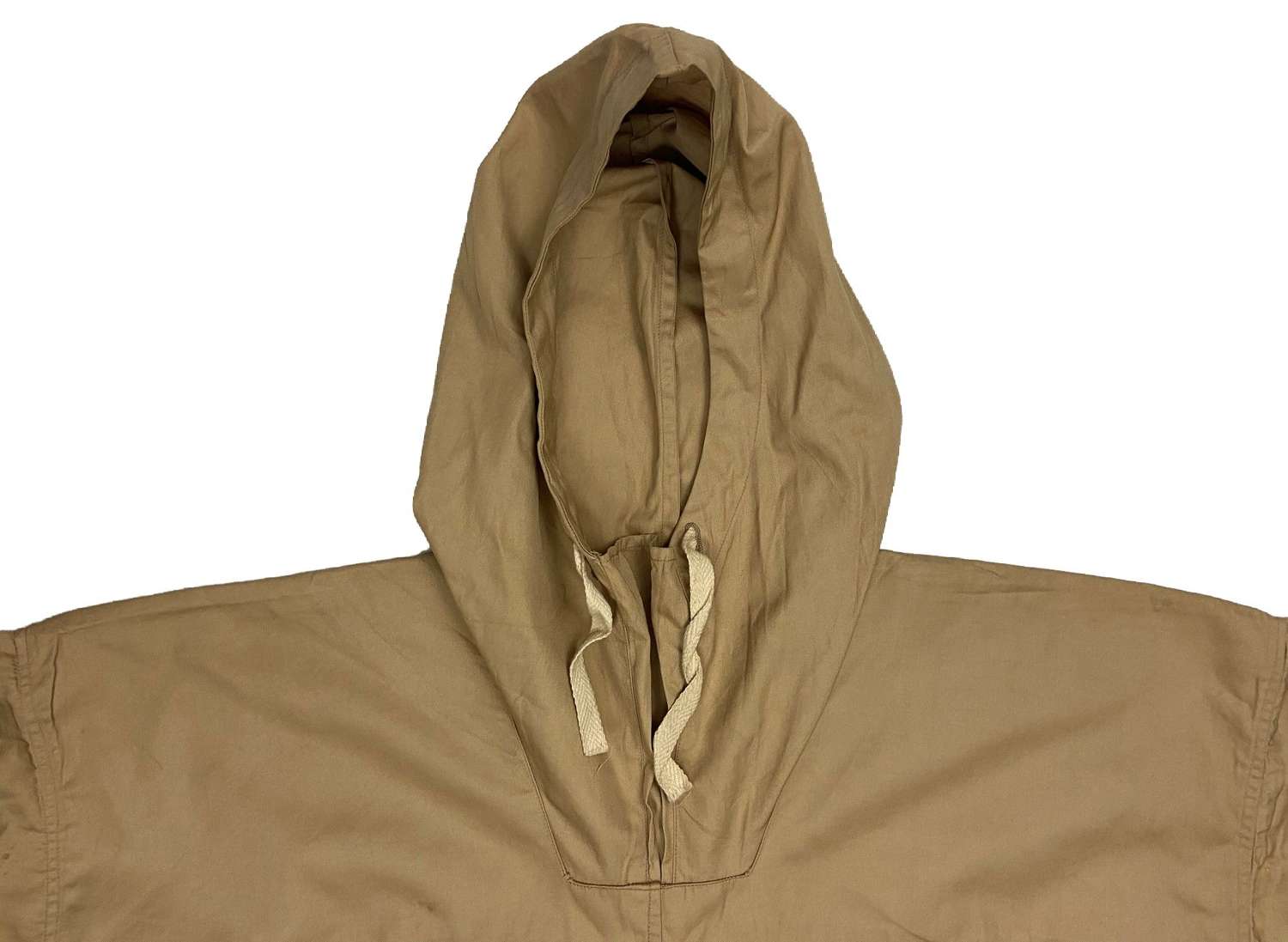 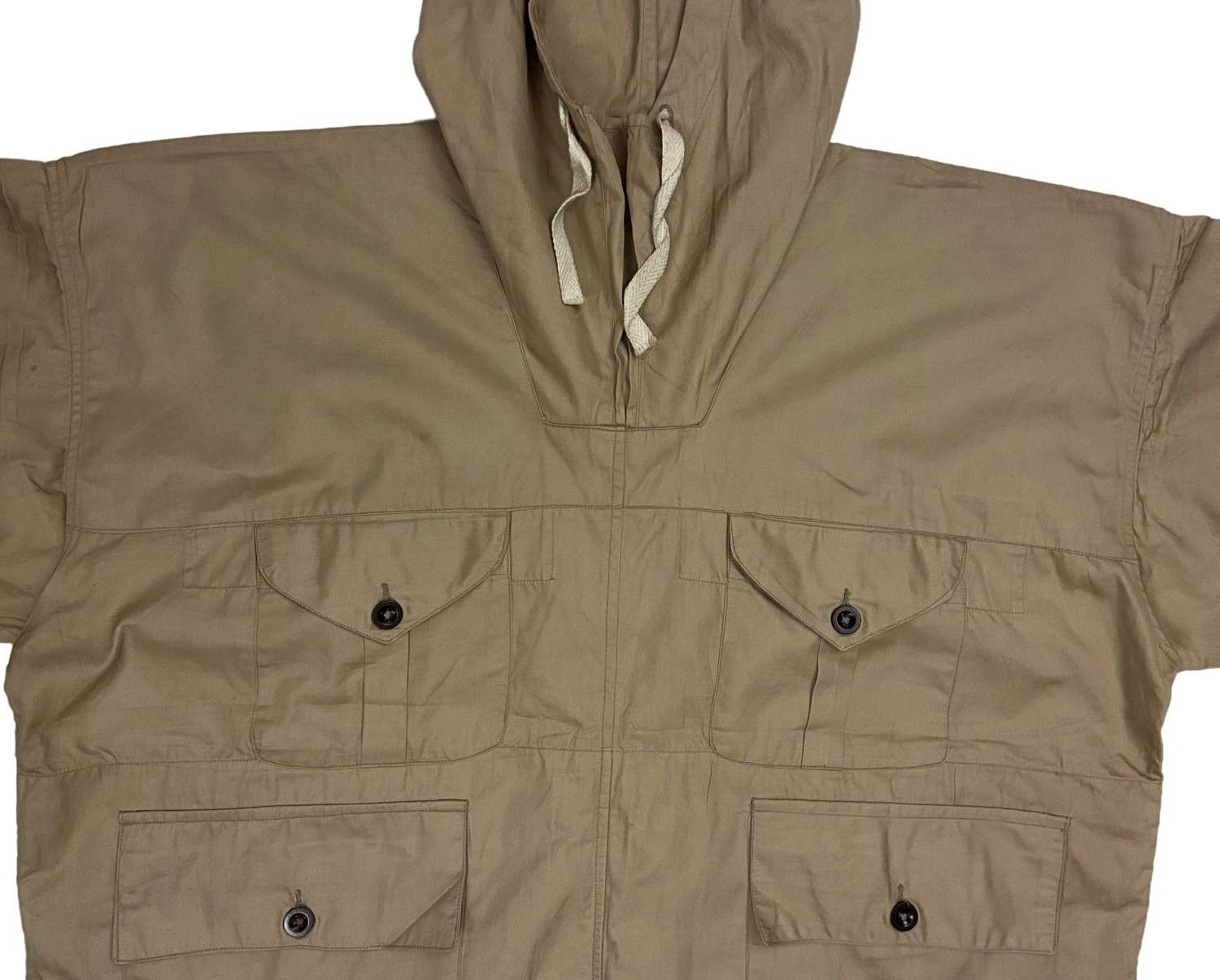 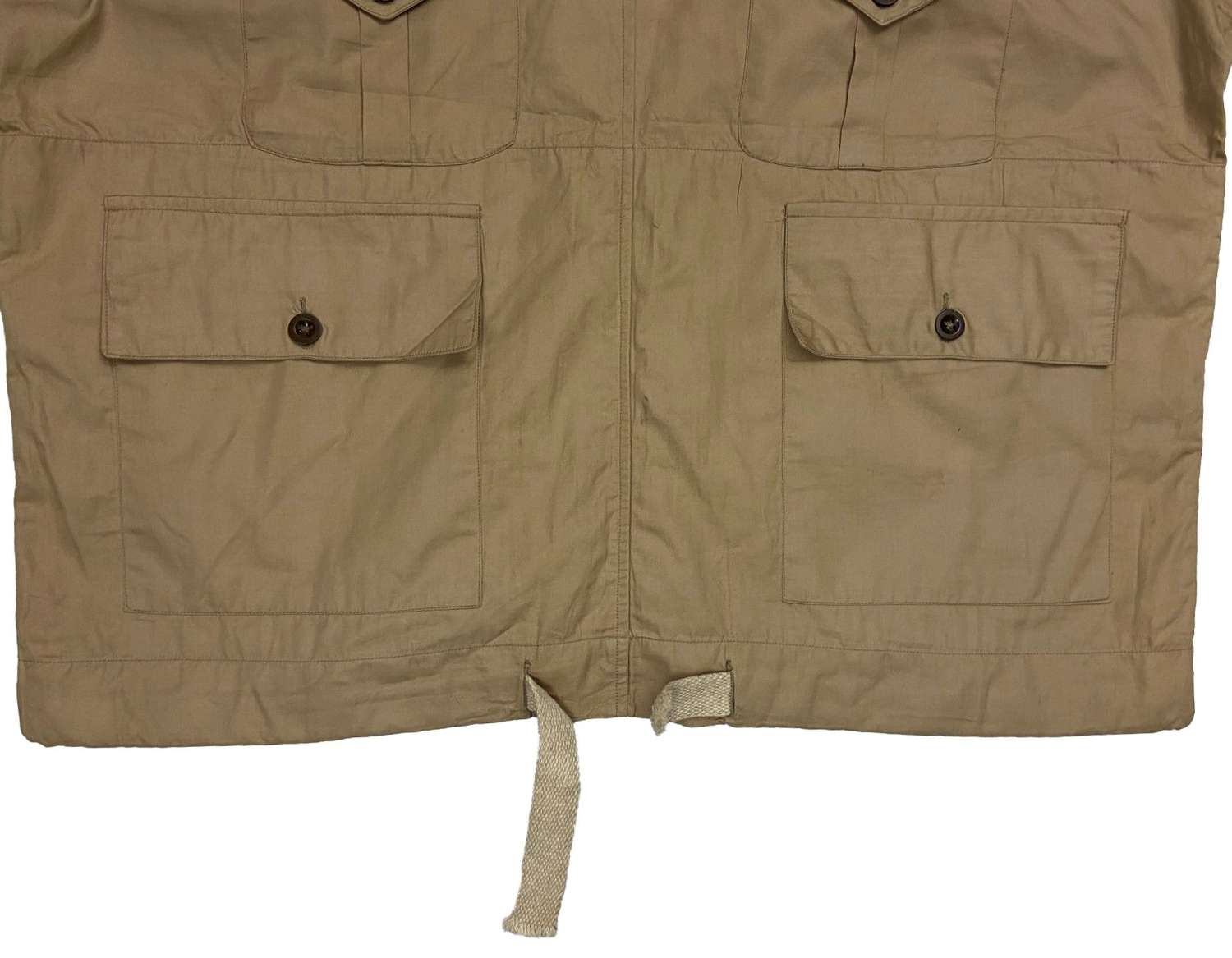 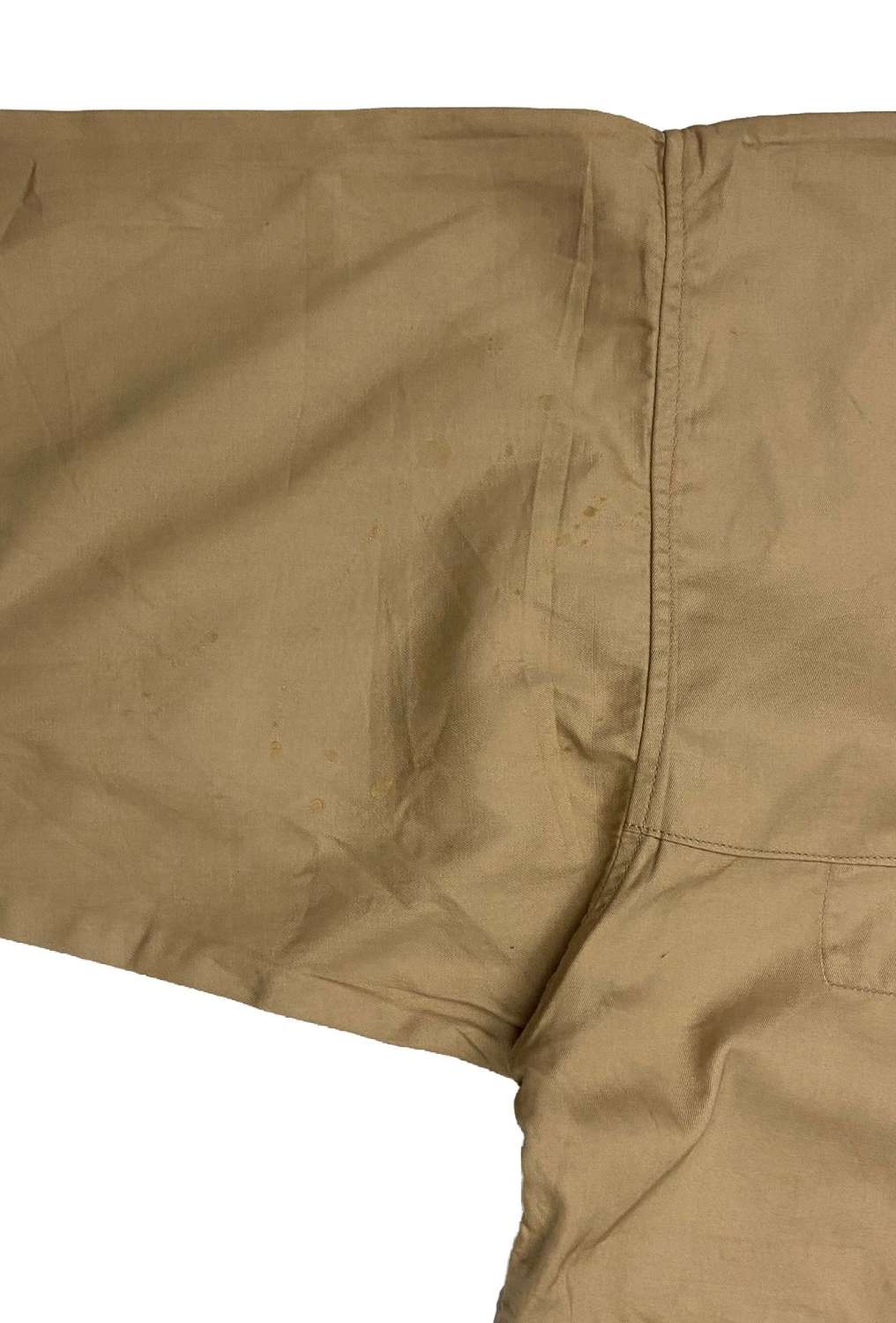 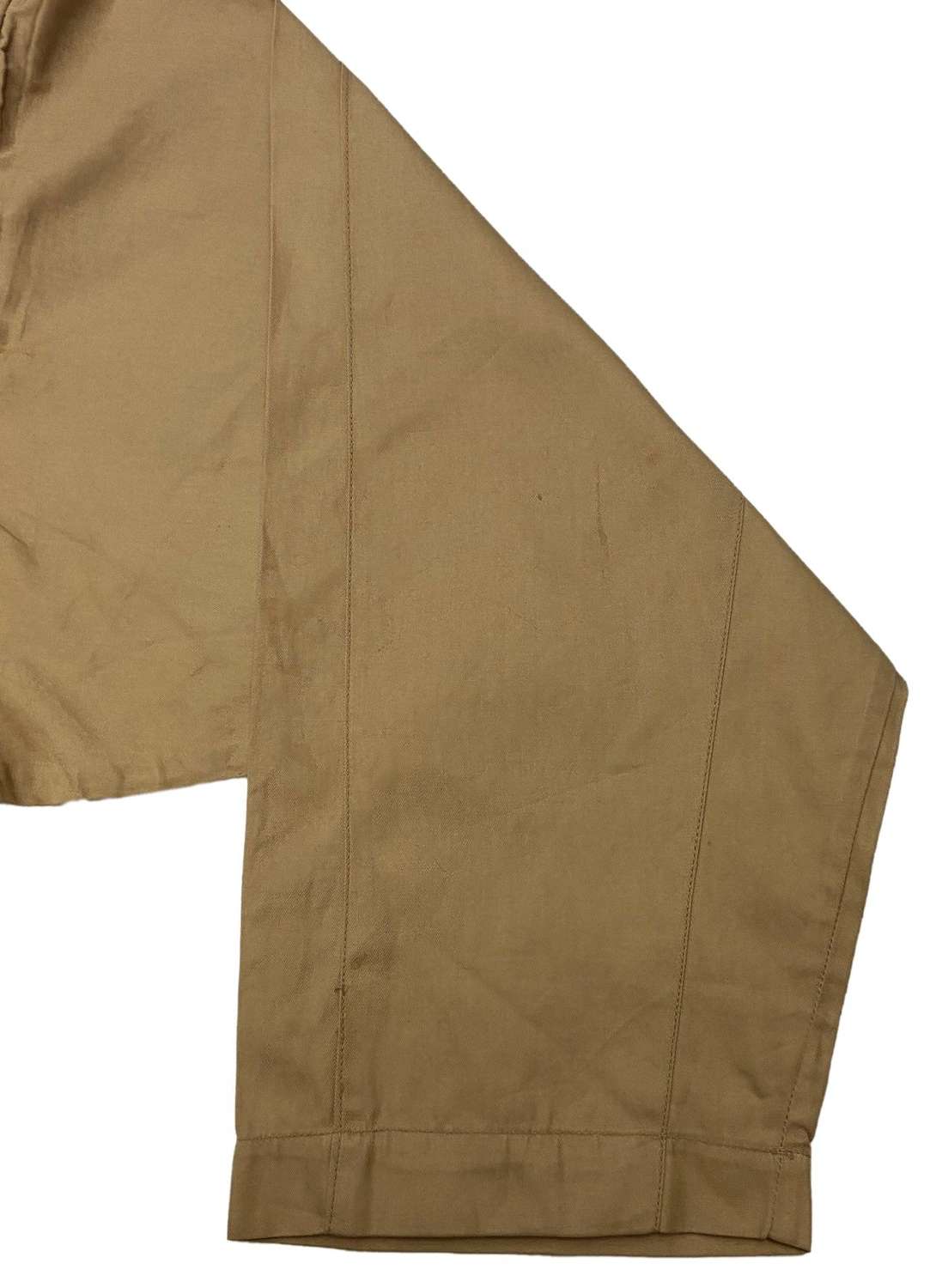 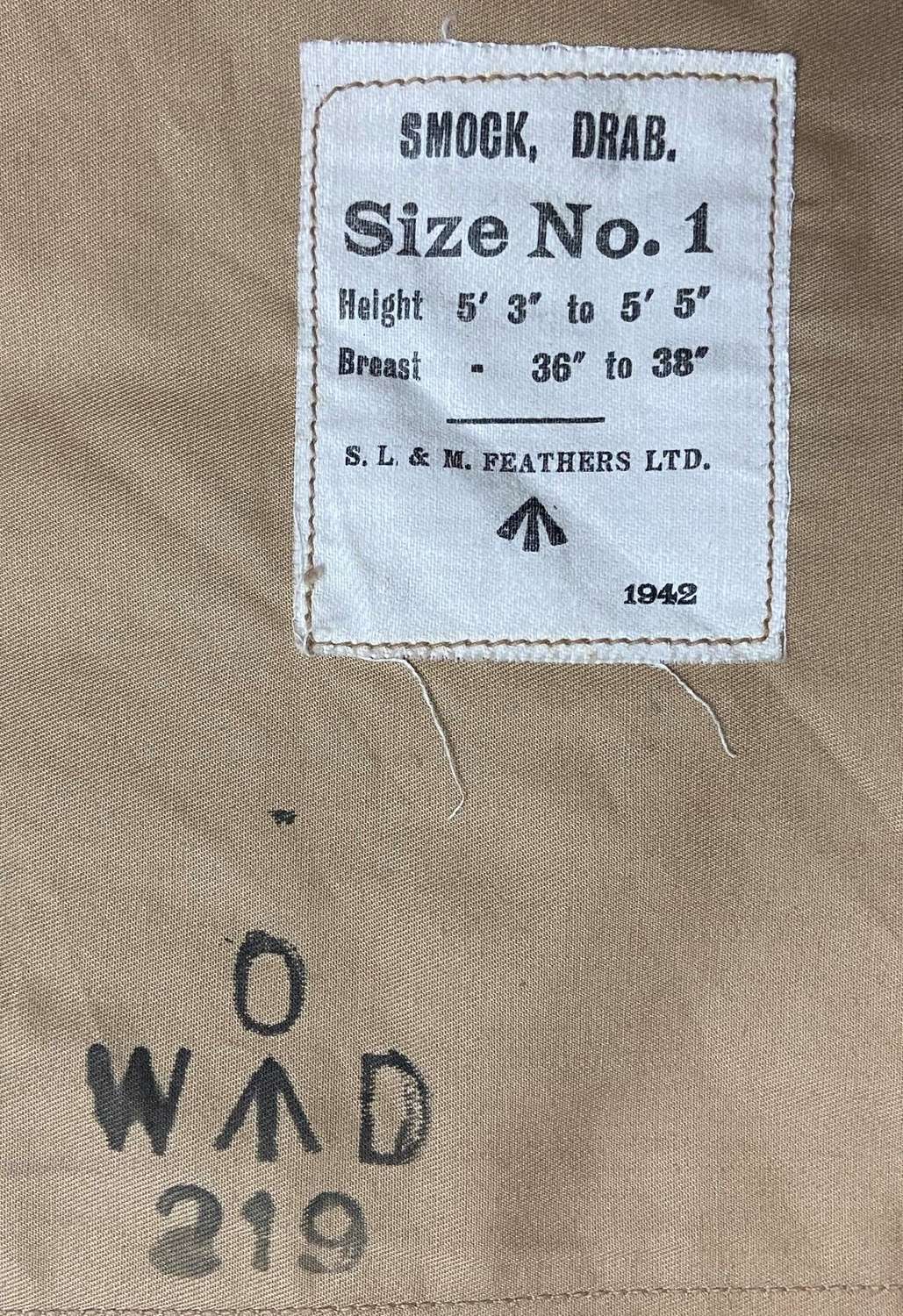 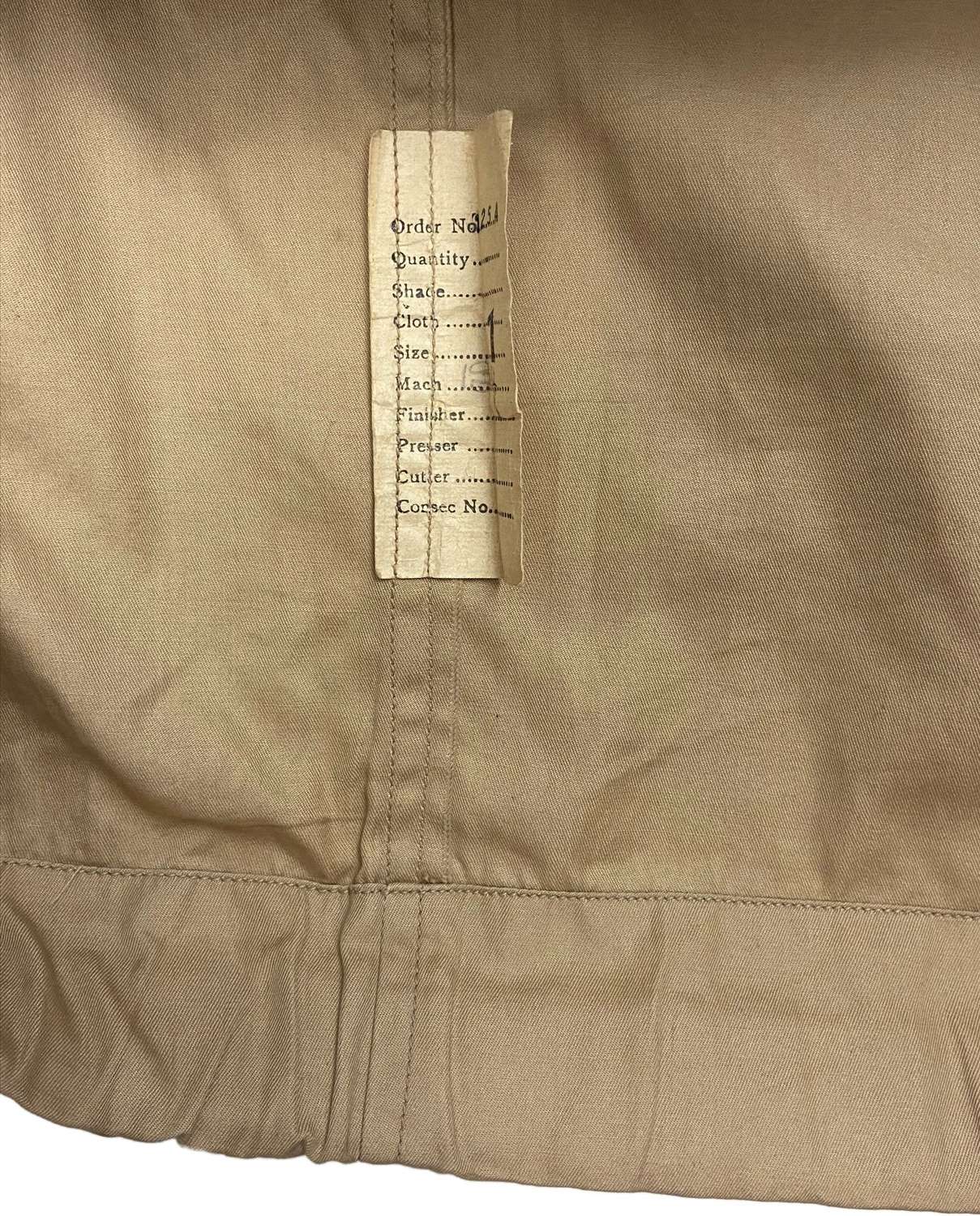 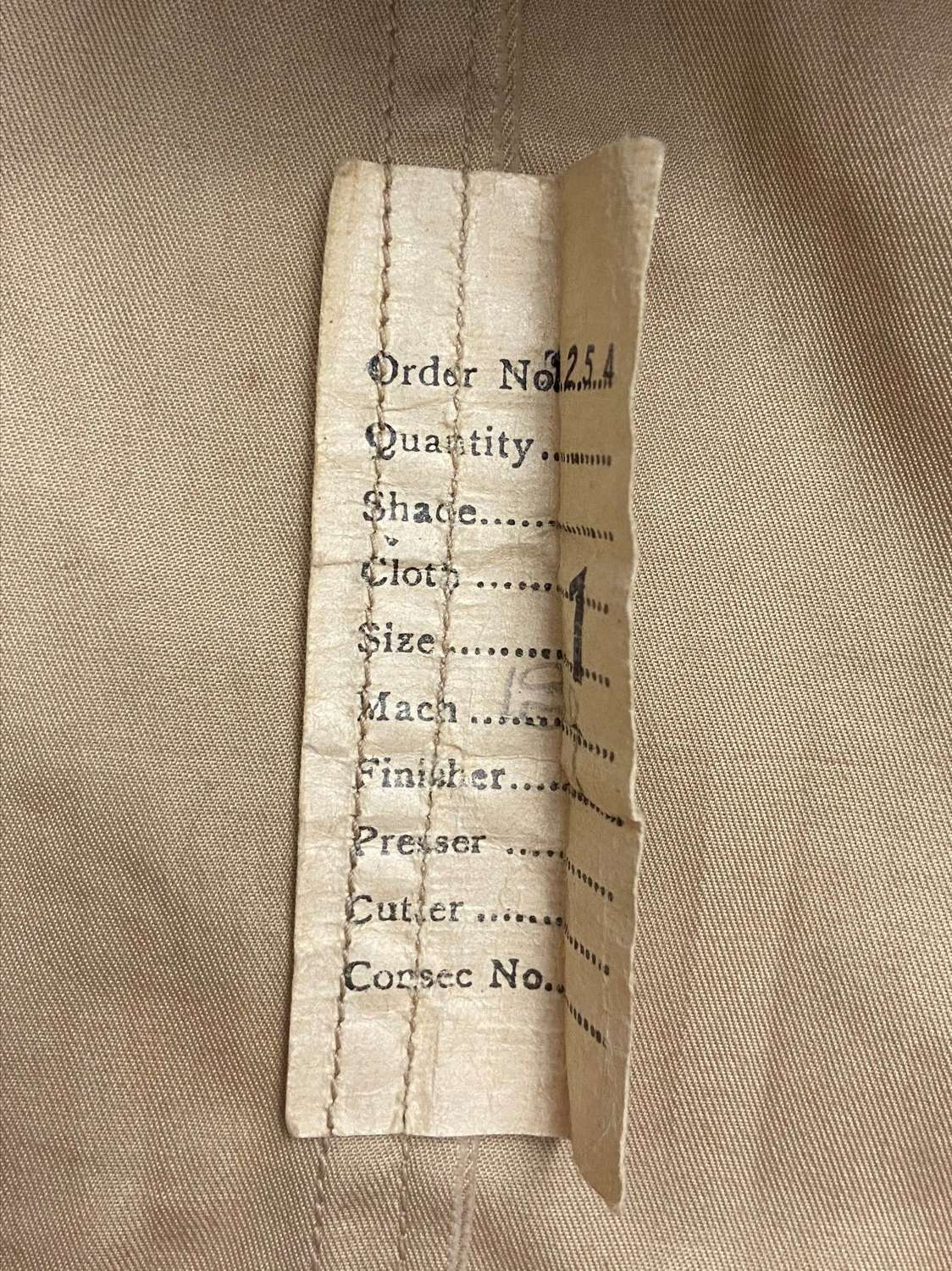 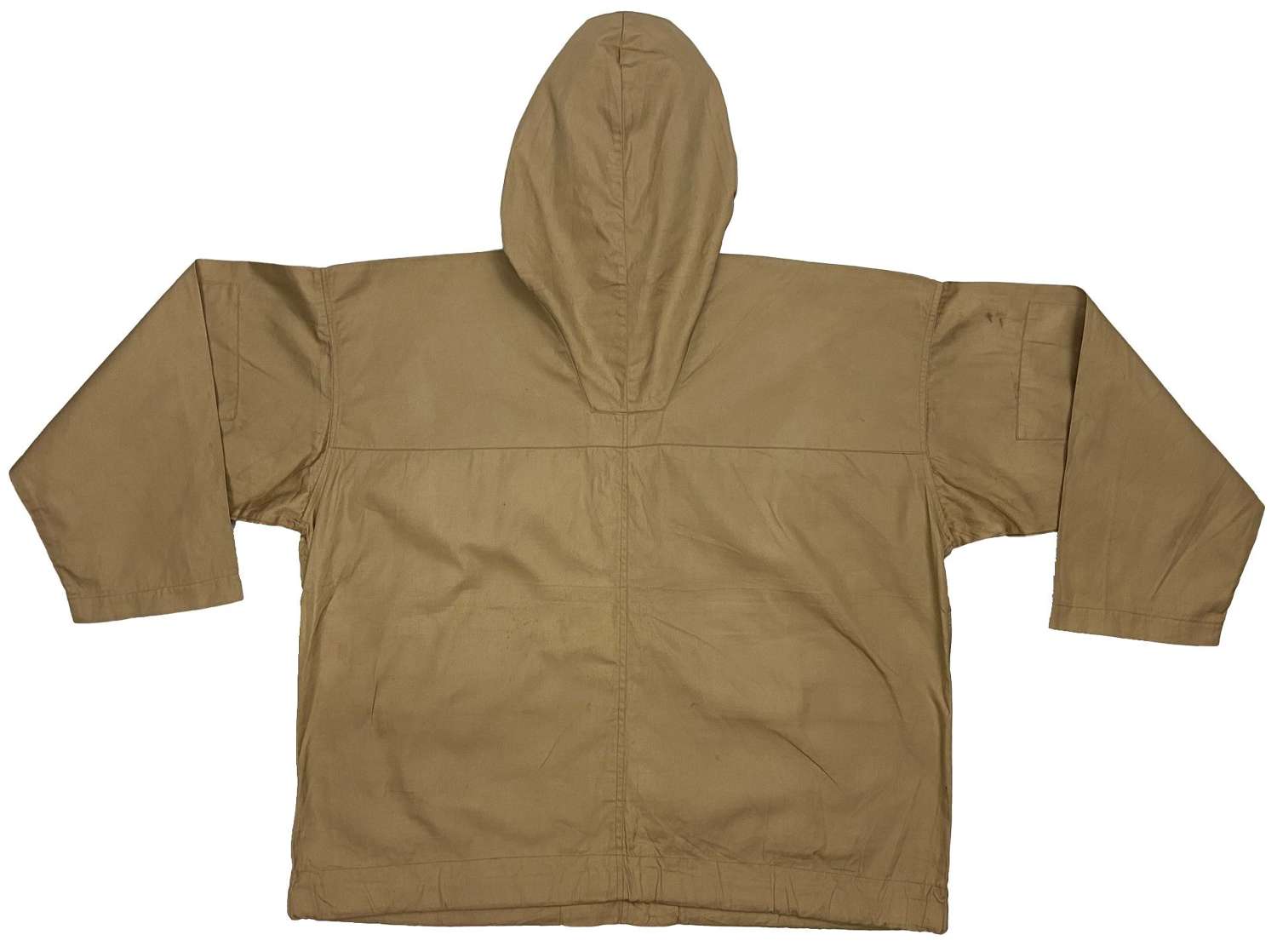 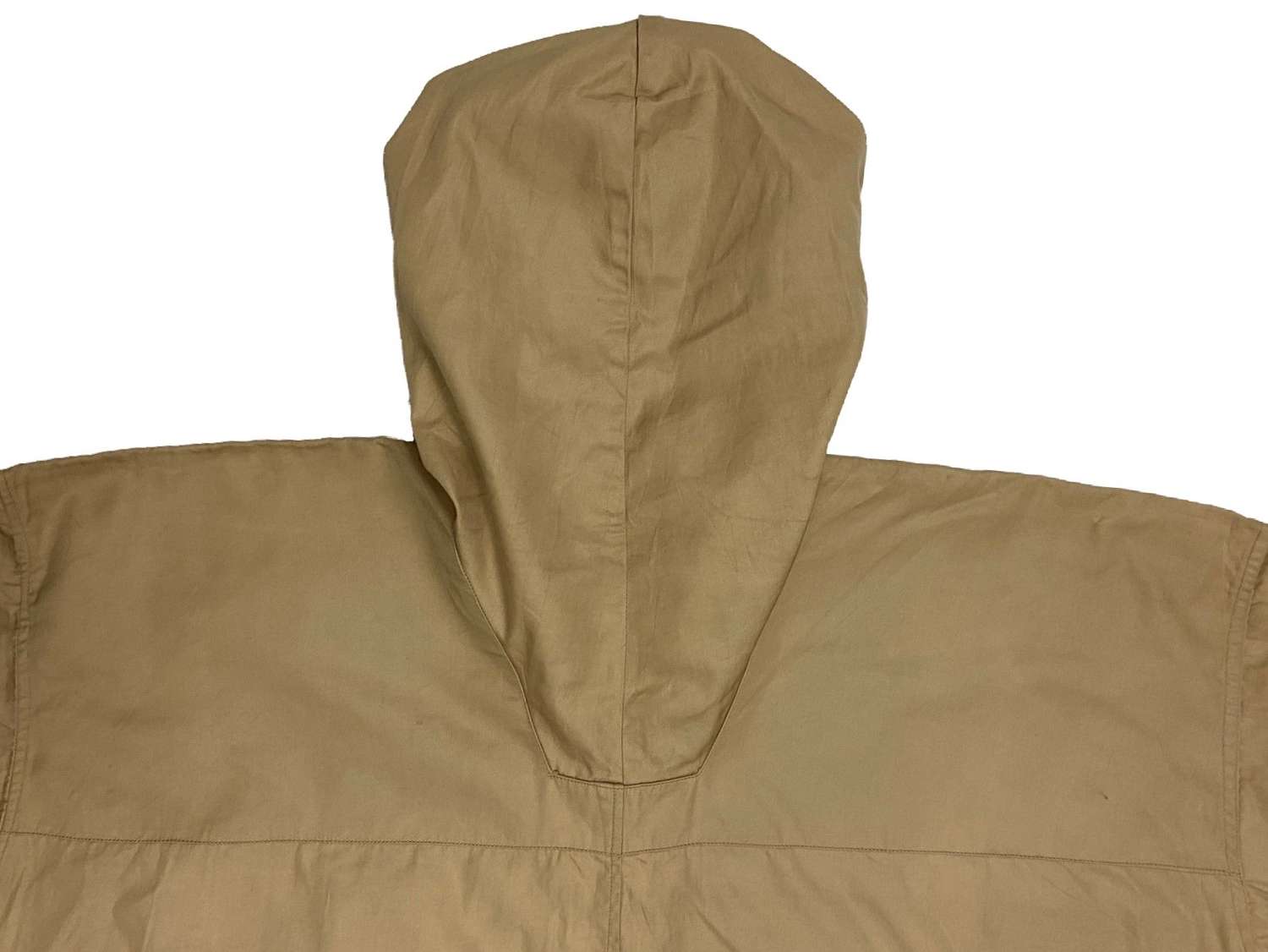 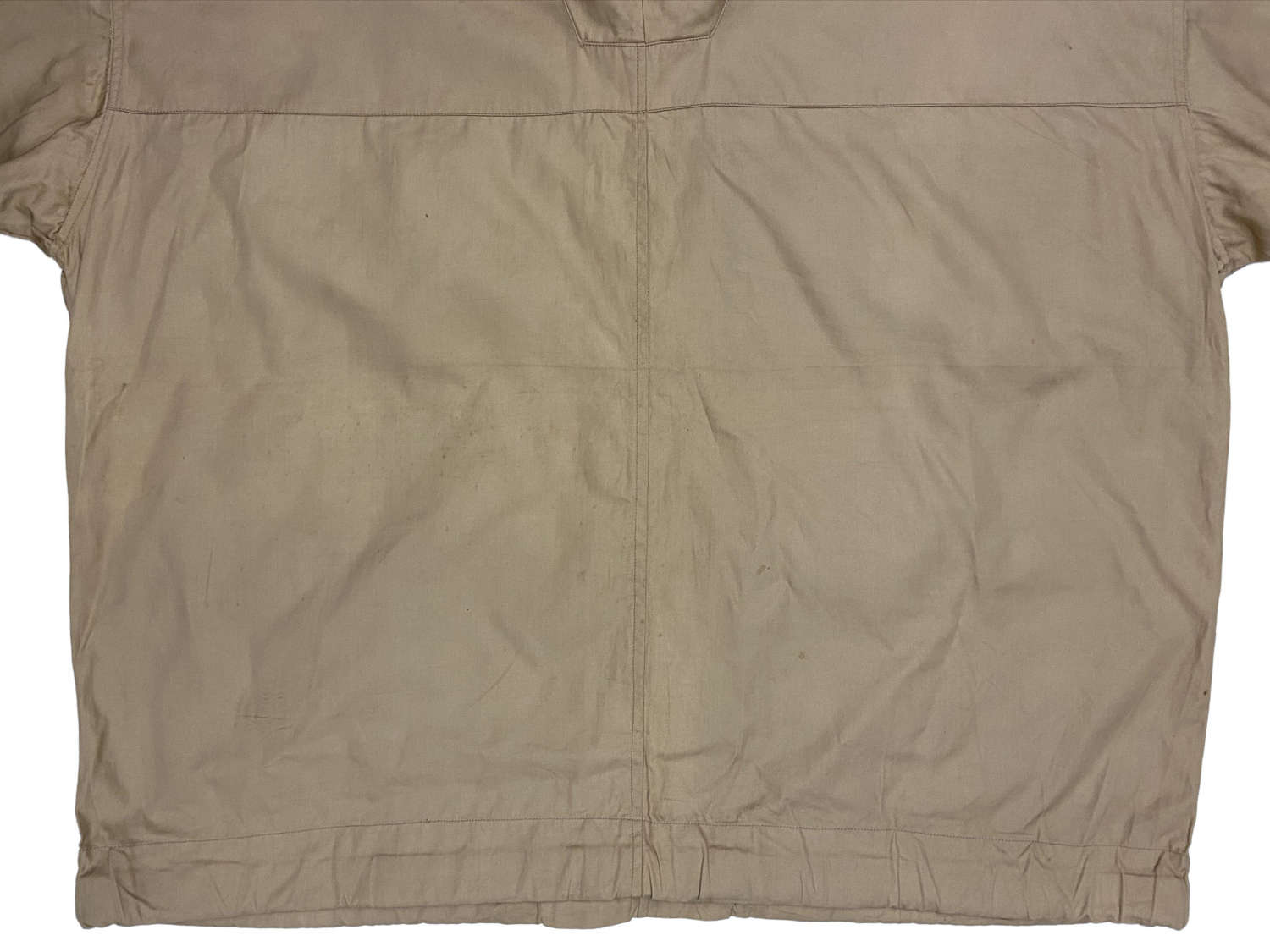