The original label is no longer present on the breeches. The War Department acceptance stamp is however and is surmounted by the letter 'P' which denotes 1941 as the year of manufacture. The size is also stamped to the interior of the waist and reads '13'.

The breeches are in good condition with some signs of wear and use. They display well overall but have had some repairs to the seat as shown in the pictures. All the buttons are present although one of the cuff buttons is broken but still fastens. They are of course a vintage item of almost 80 years old so may have other small issues consummate with this. 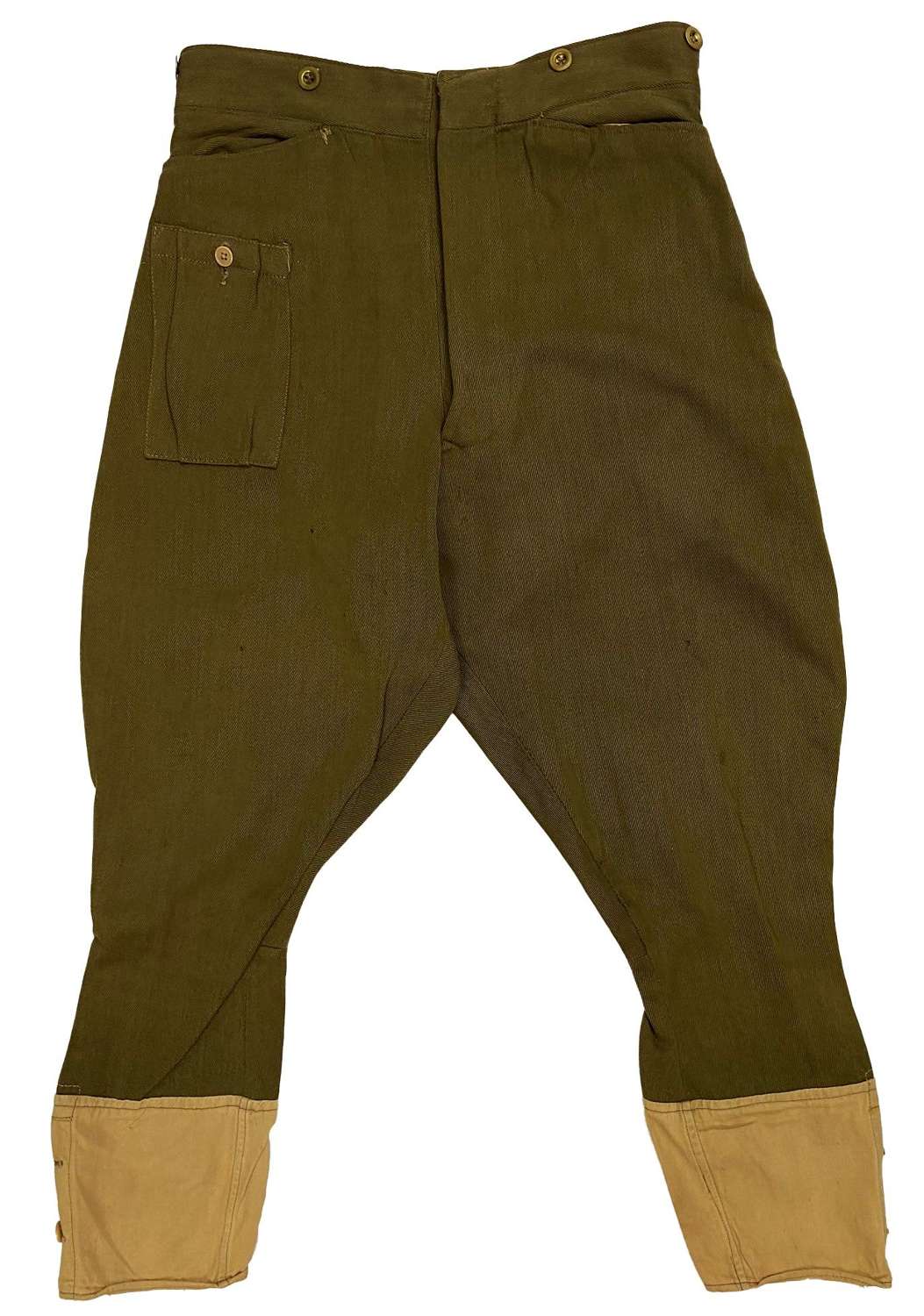 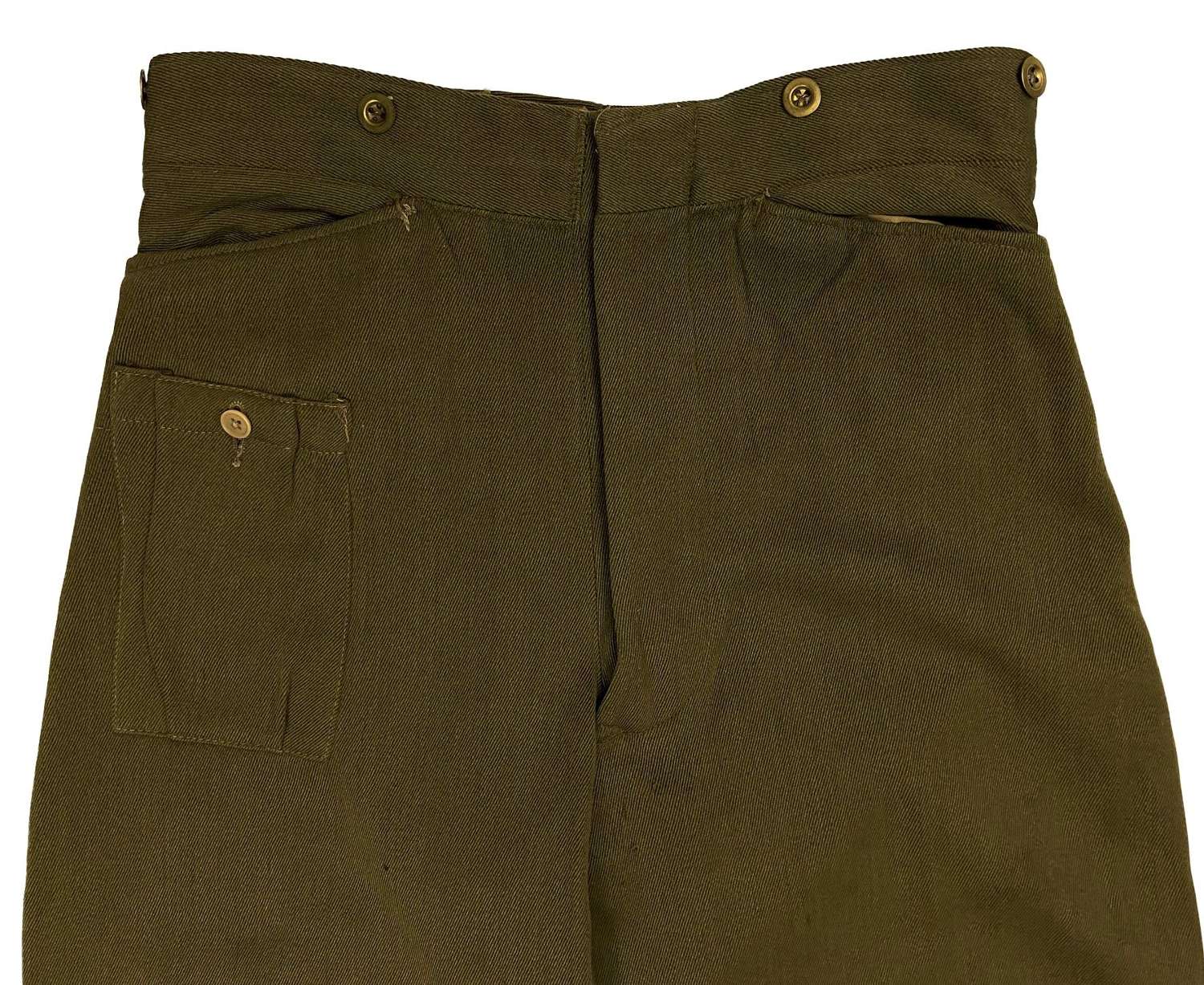 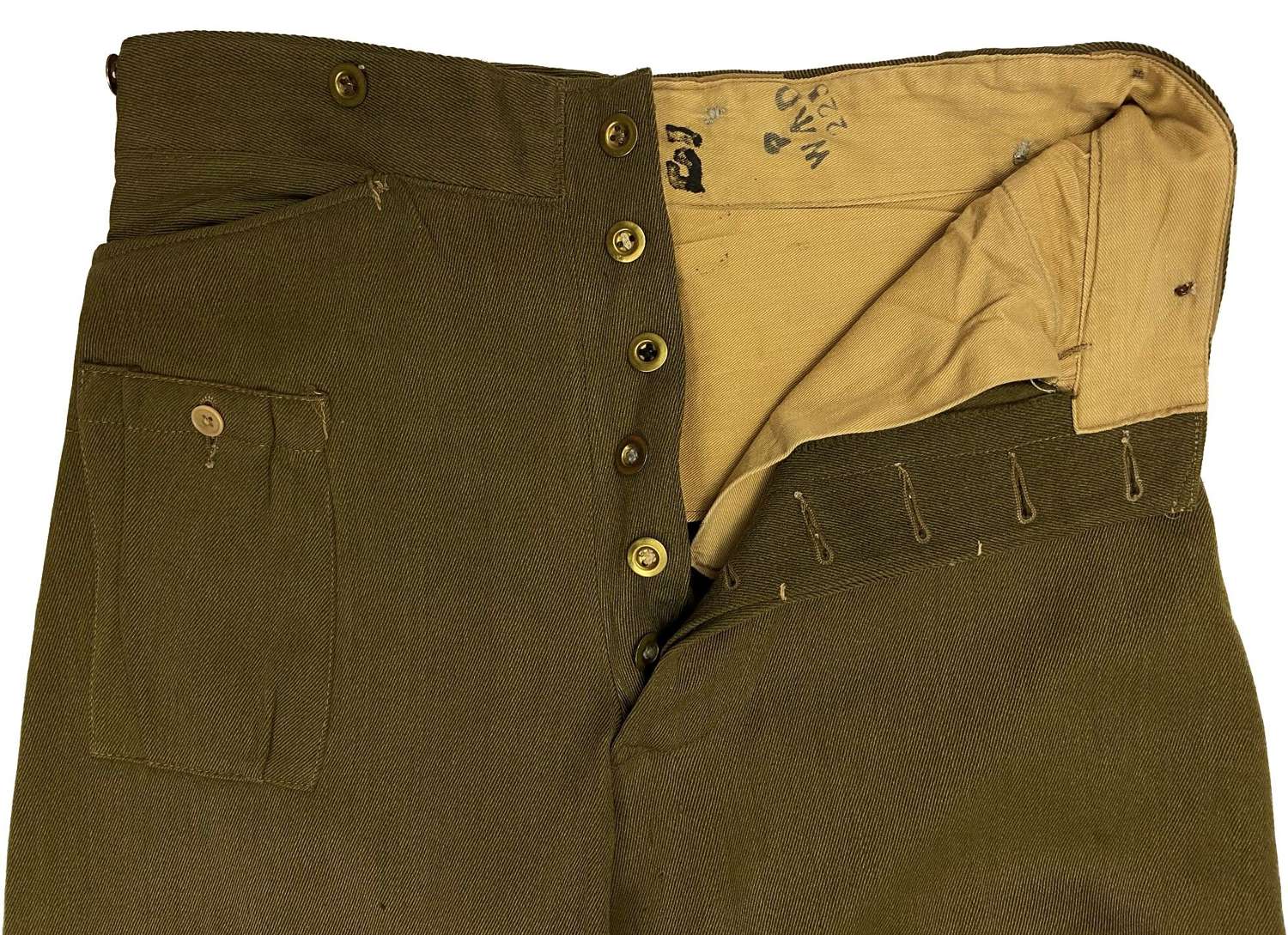 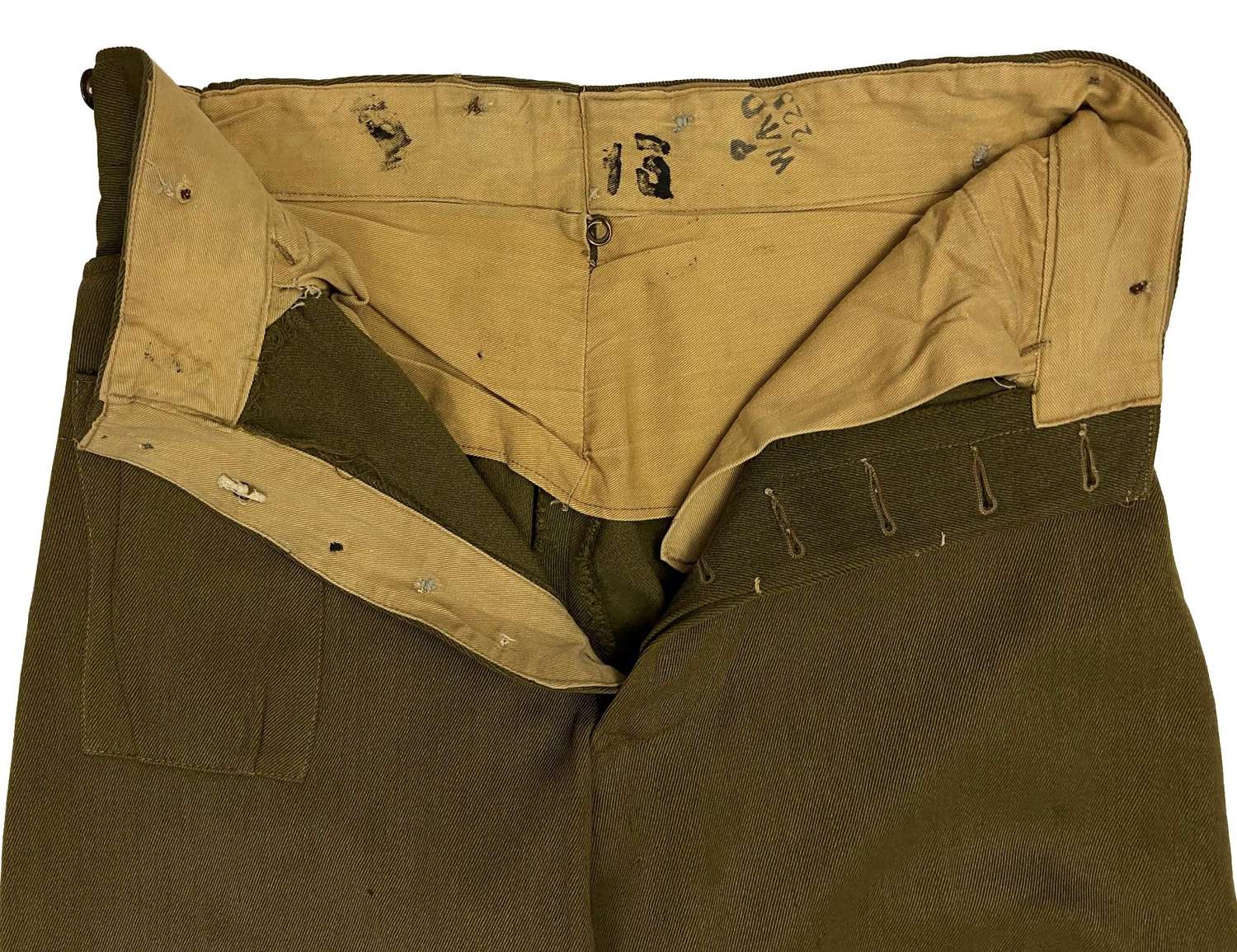 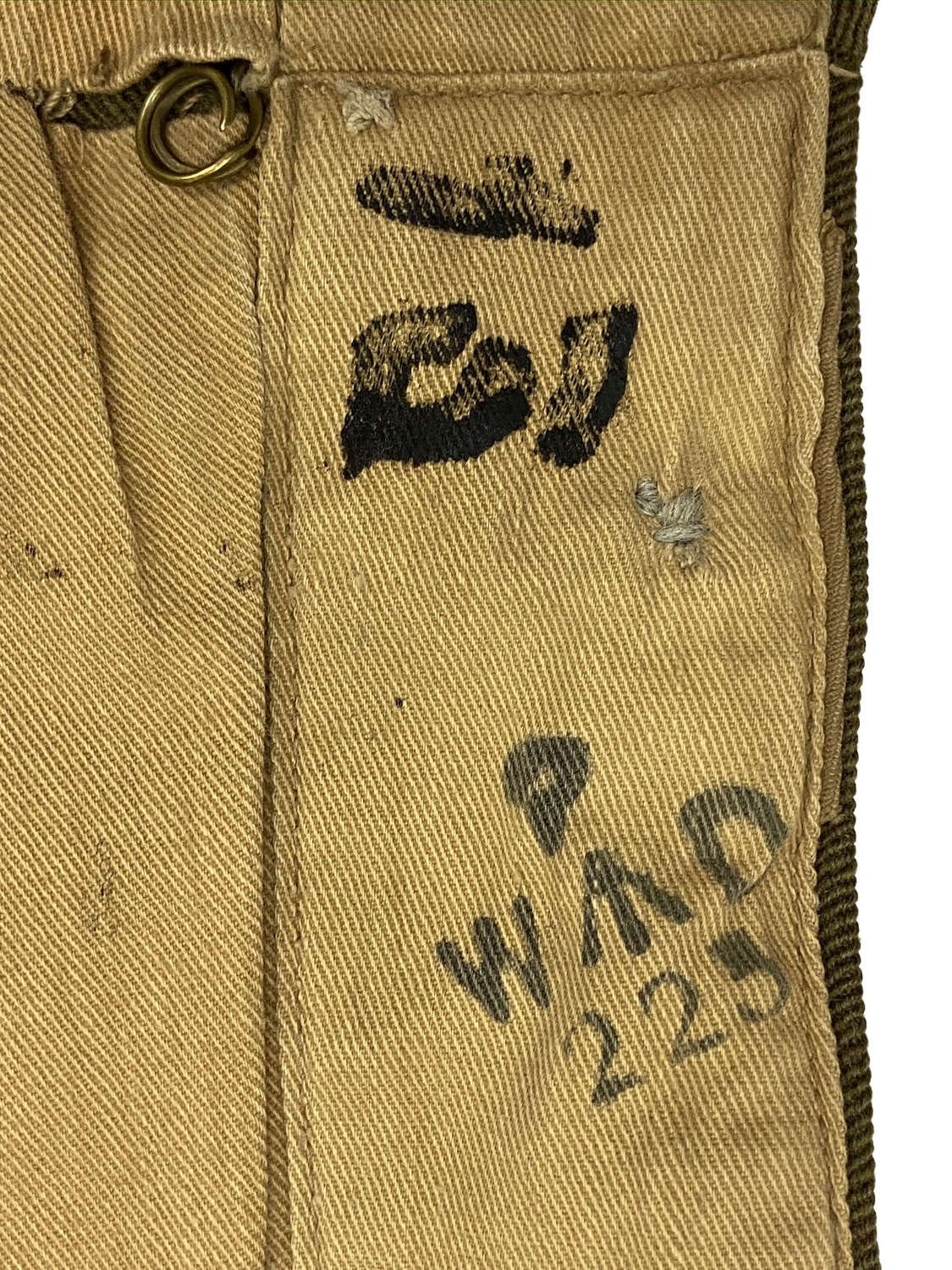 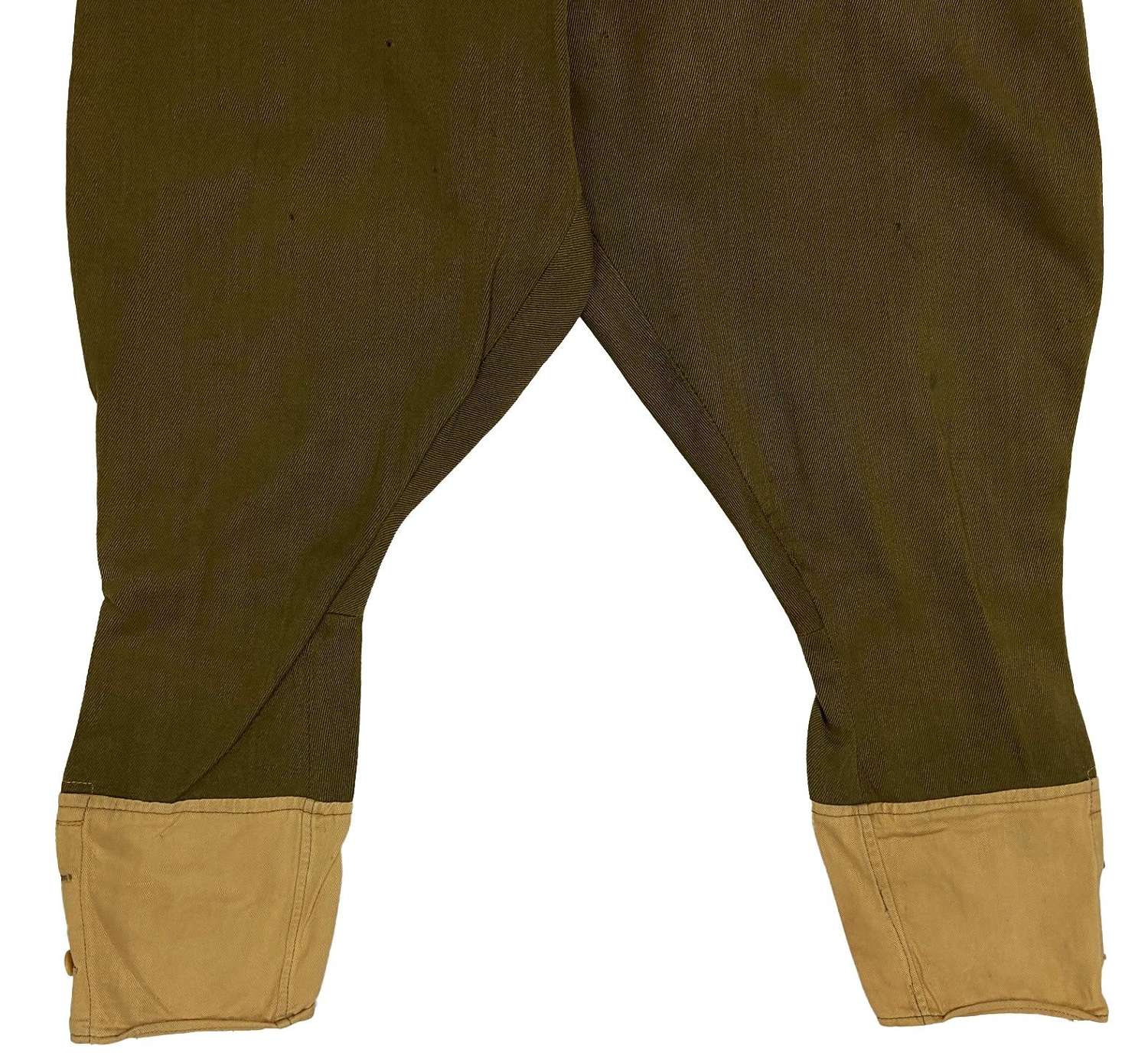 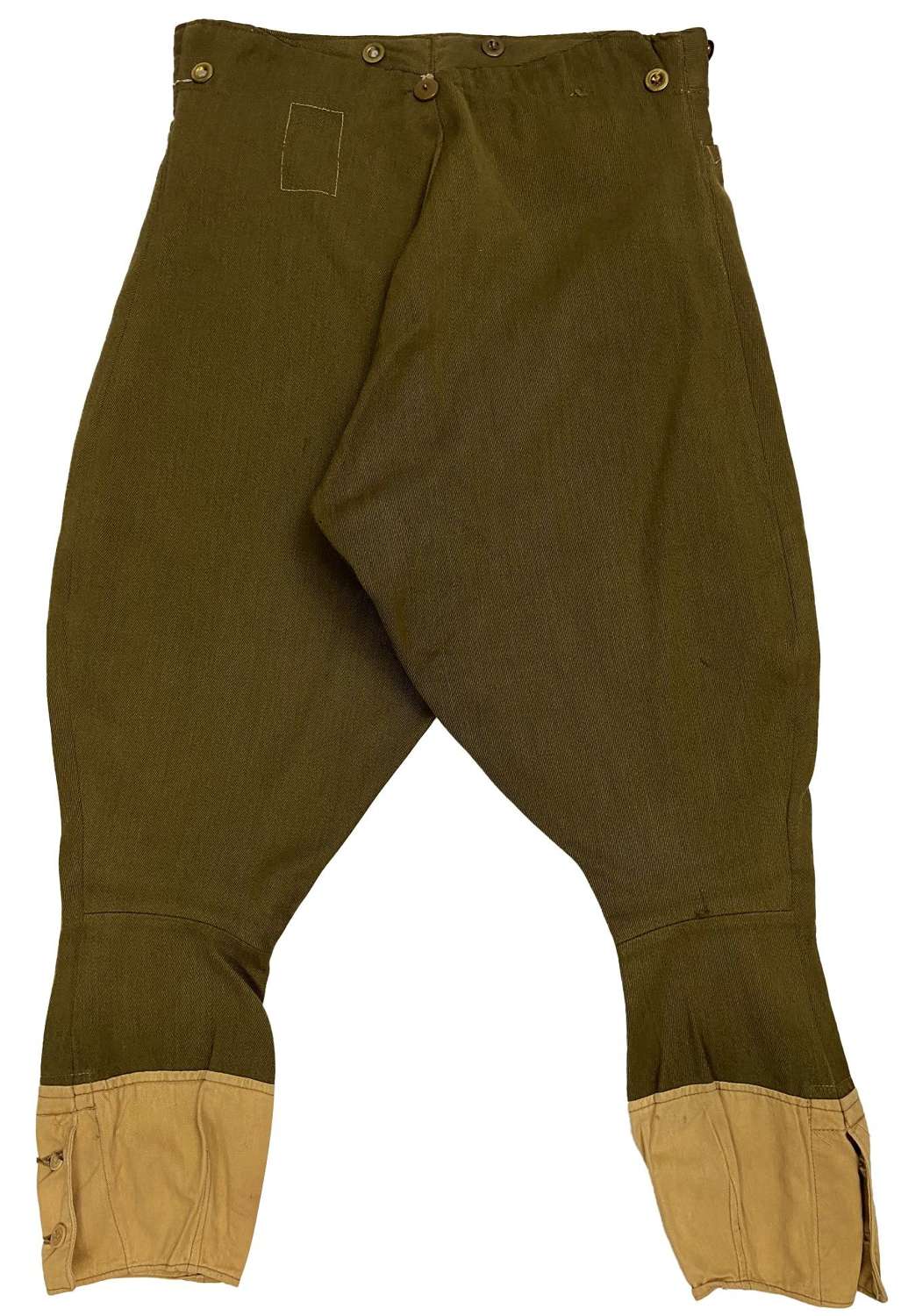 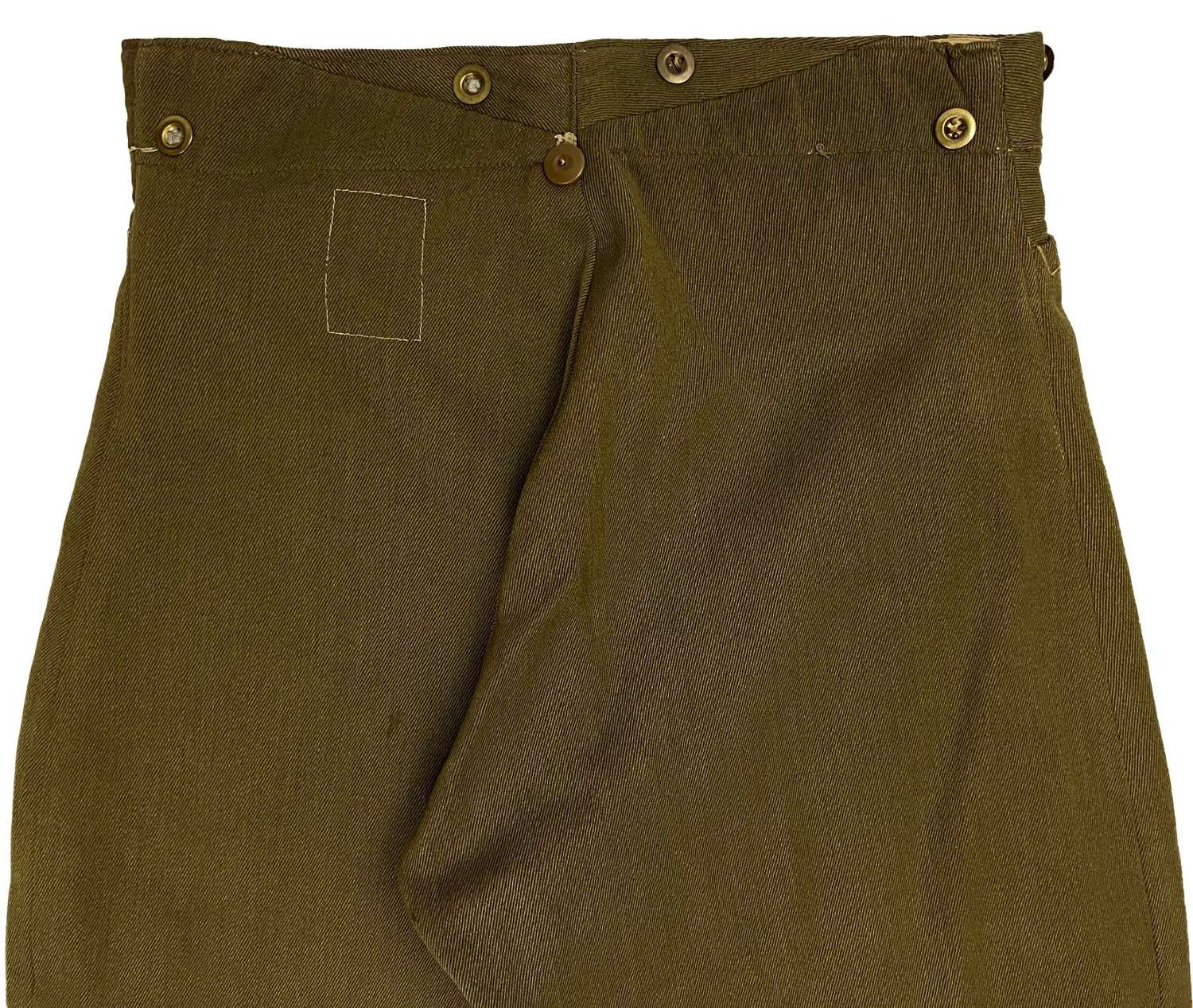 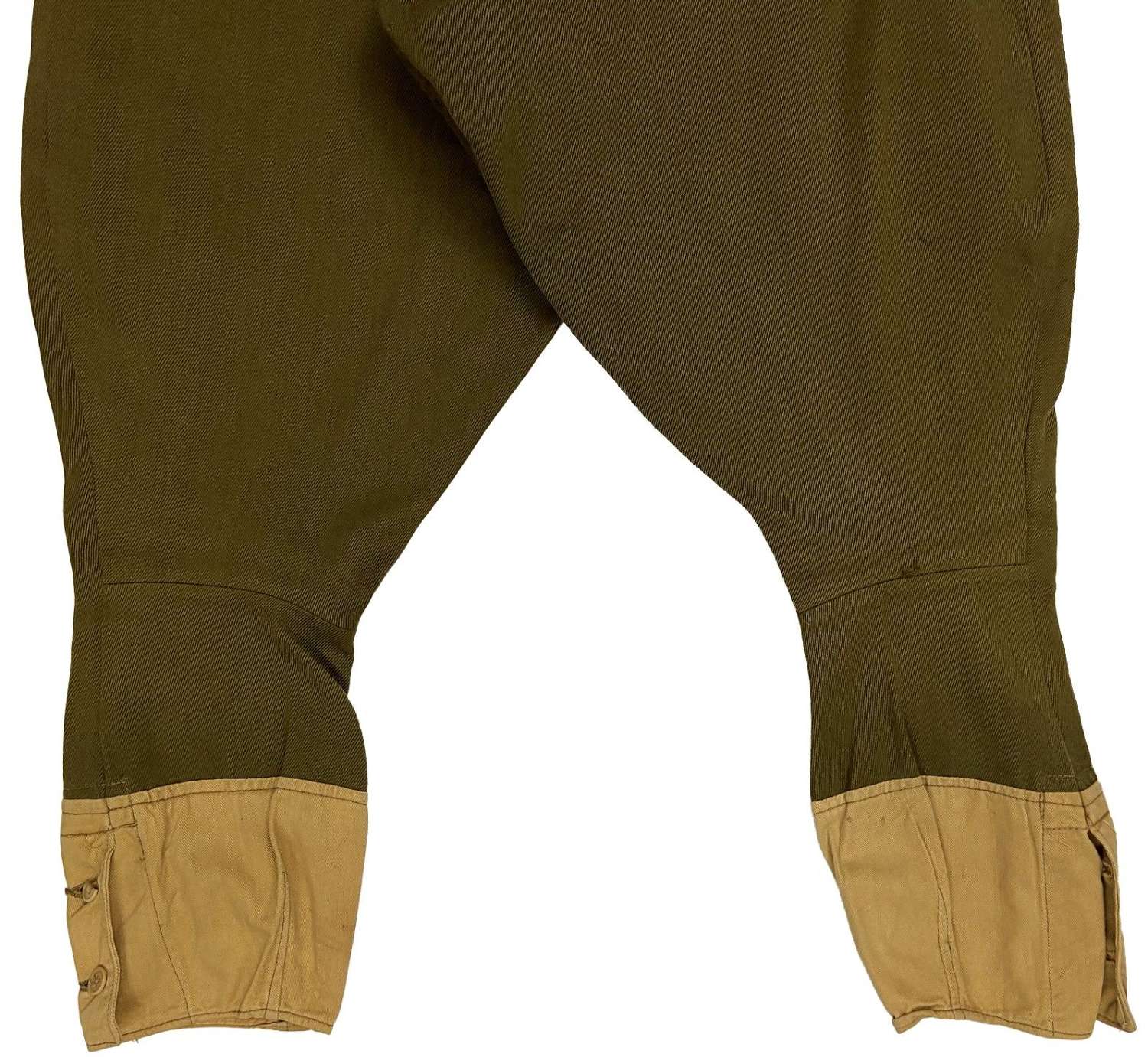 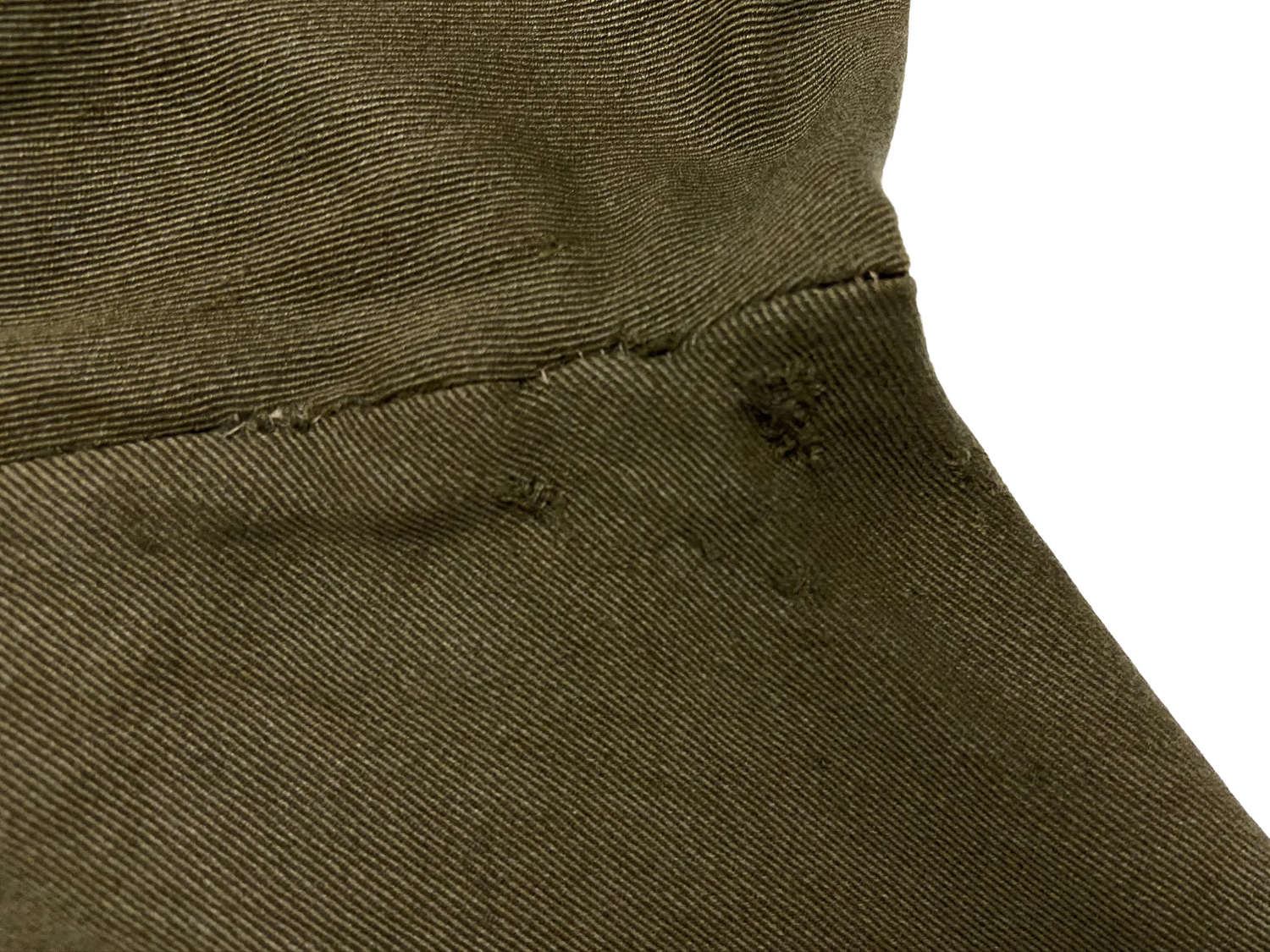