The original stamps are still present to the interior of the cap and are bright and legible. The maker's name is present as is the size of 6 7/8. When laid flat the cap measures at 10" along the opening. The 1939 date is also present.

The cap is in excellent condition as can be seen in the pictures. There are only limited signs of wear although there are a few marks to the interior. The cap appears to have been fitted with other cap badges at some stage but this is mostly concealed by the brass King's crown Royal Army Service Corps cap badge which is fitted. 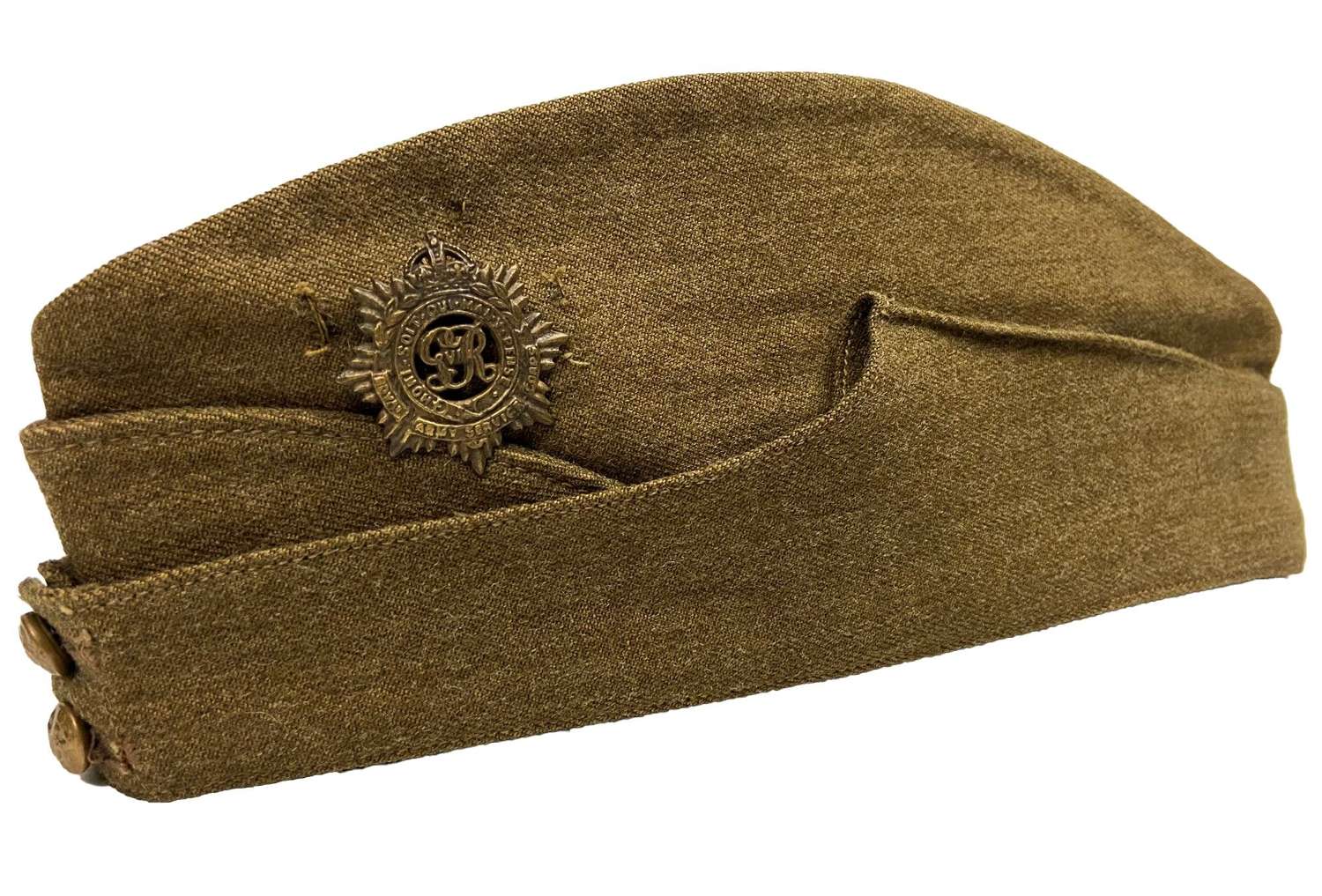 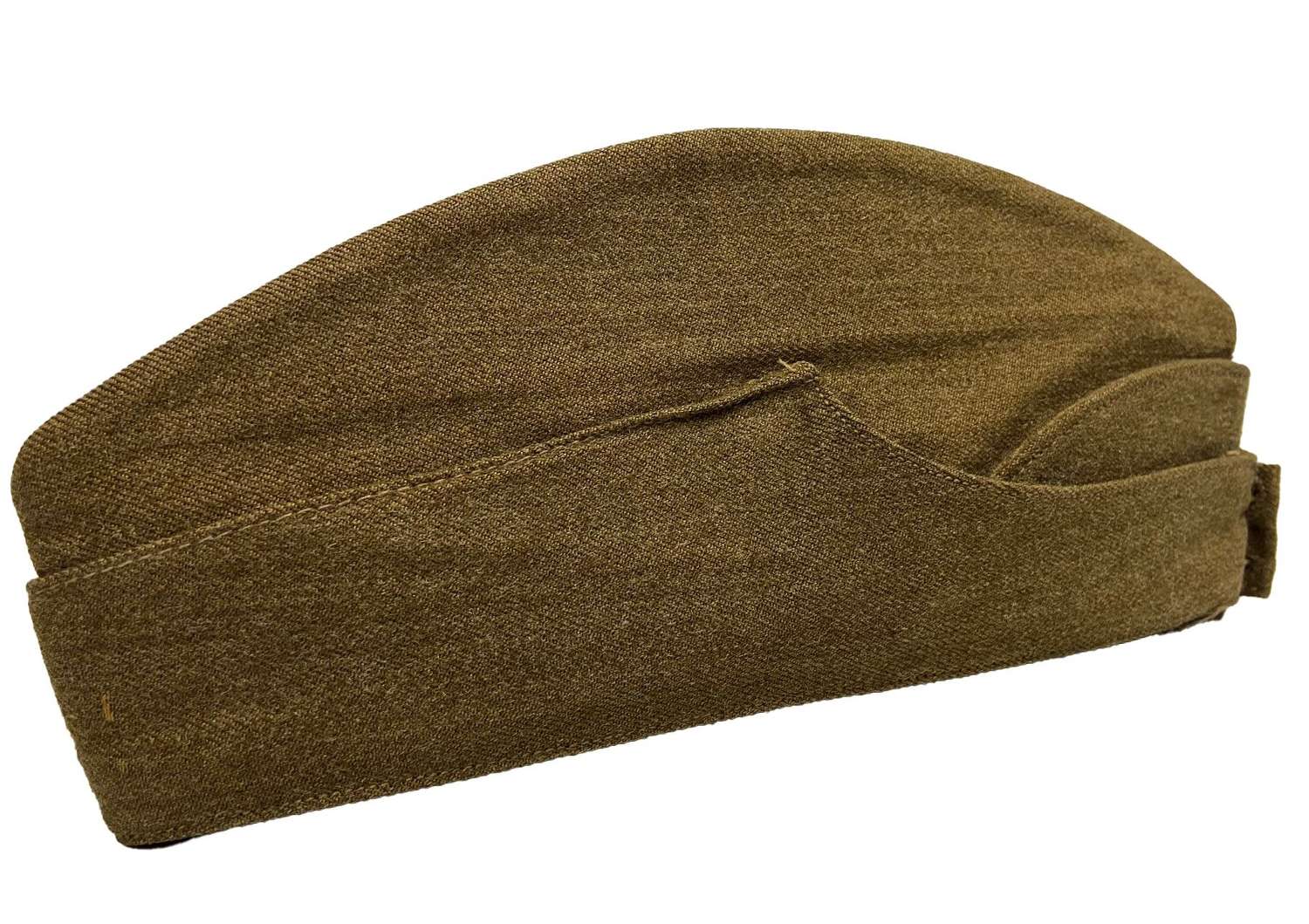 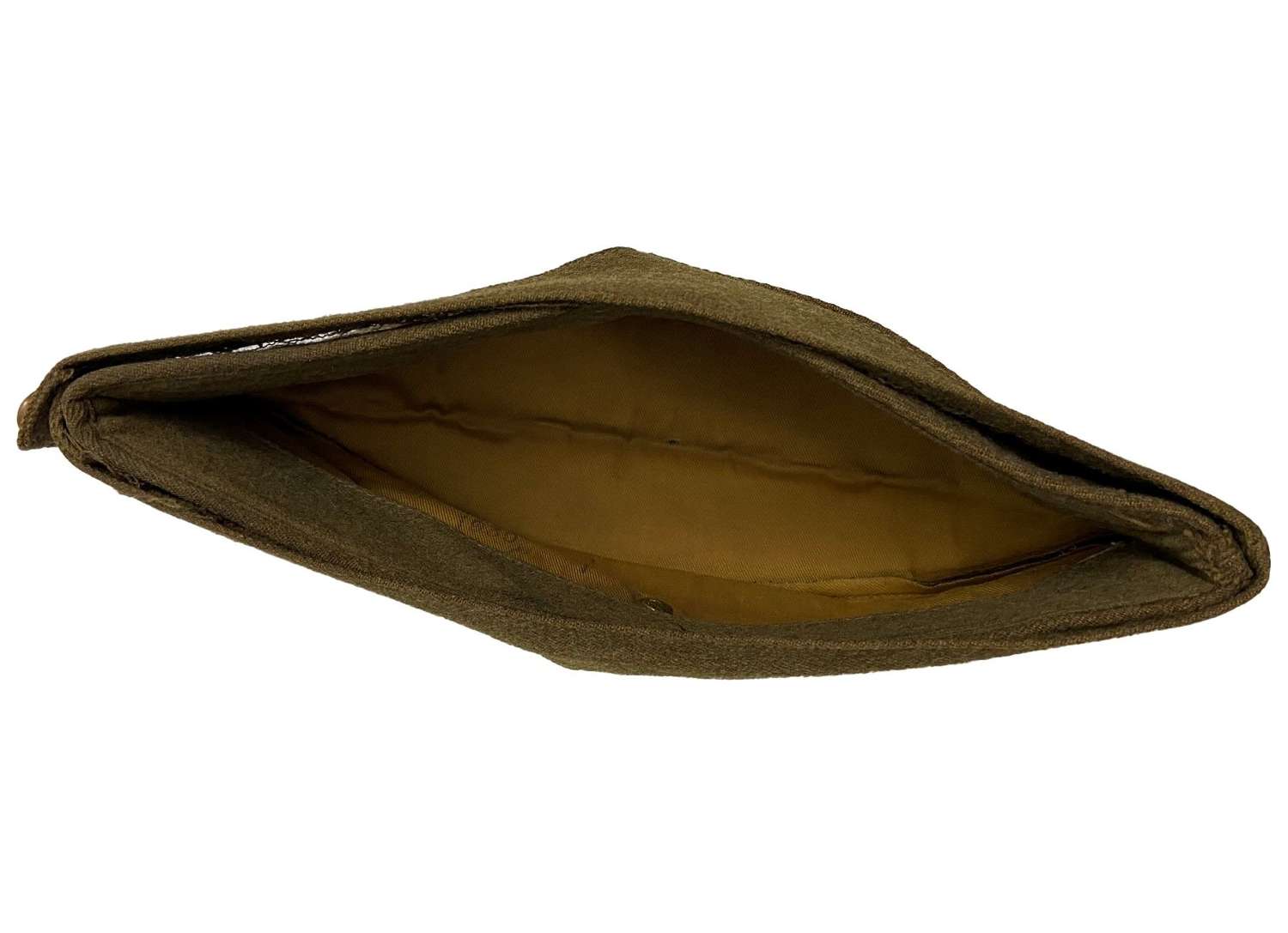 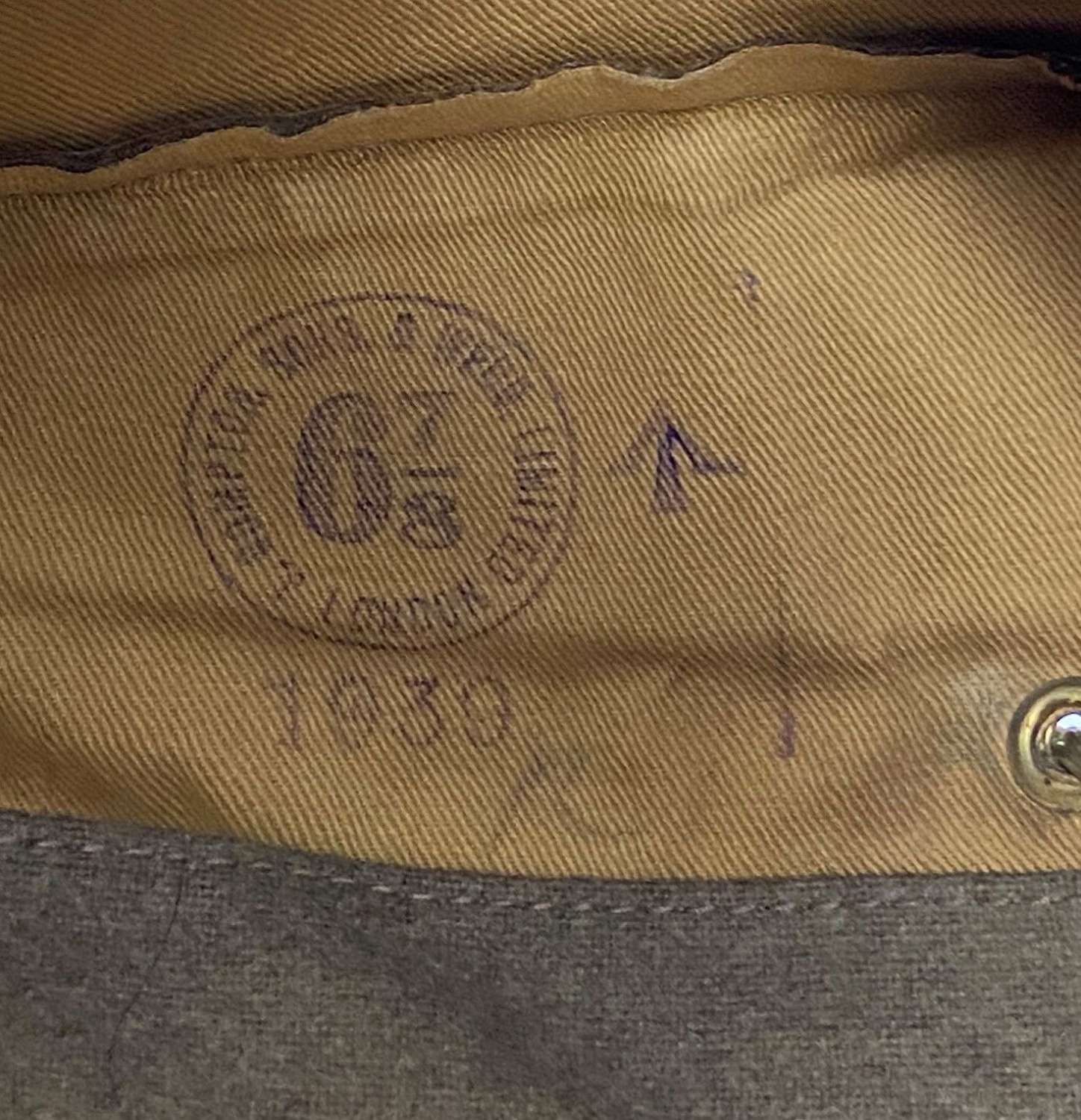