An original theatre made Auxiliary Territorial Services (or other women's service) skirt dating from the Second World War.

This skirt was almost certainly made by 'S. A. Tailors' as all the materials and construction match the 1941 dated battledress blouse listed on my website. The Ats (and other women's units) served all over the world in WW2 and items were made in theatre, just as was done with the men's uniform. Whilst theatre made items are usually of a different shade of green, this skirt is a close match British made items so could be paired with a British tunic potentially.

The skirt is made from a khaki green coloured serge wool which is both lighter and softer than that used for men's clothing. It is of six pannel construction and features a side button fastening rather than the zip style usually seen on British made examples. The buttons are typical of theatre made items as is the tan coloured aertex material used to back the opening. The waistband has the numeral '4' stamped onto it which dentoes the size.

When laid flat the skirt measures -

The skirt is in excellent condition throughout with only limited signs of wear and use. Overall it displays very well.

A rare original skirt to say the least. Theatre made women's items are rarely encountered making this a real collectors piece. 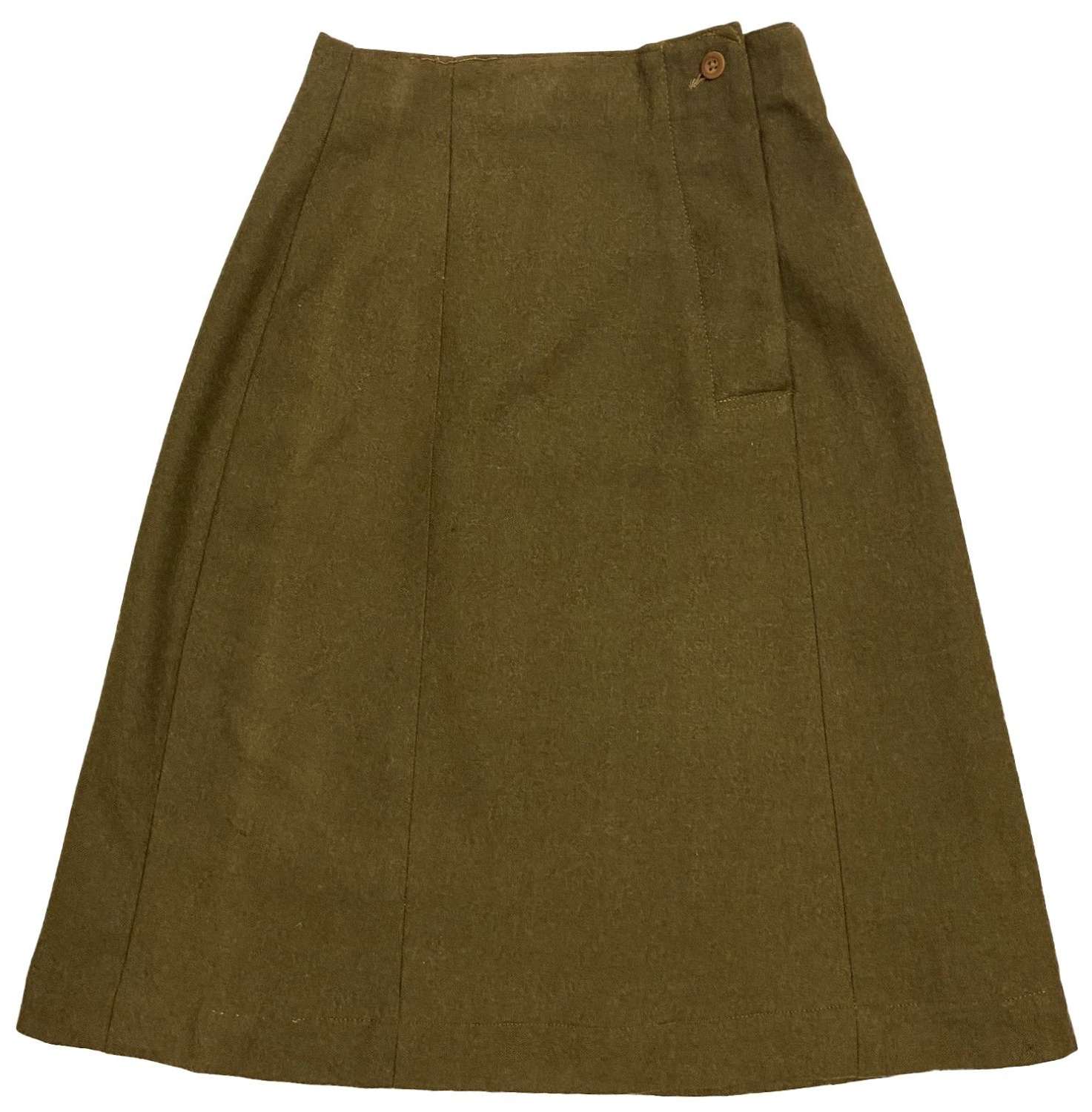 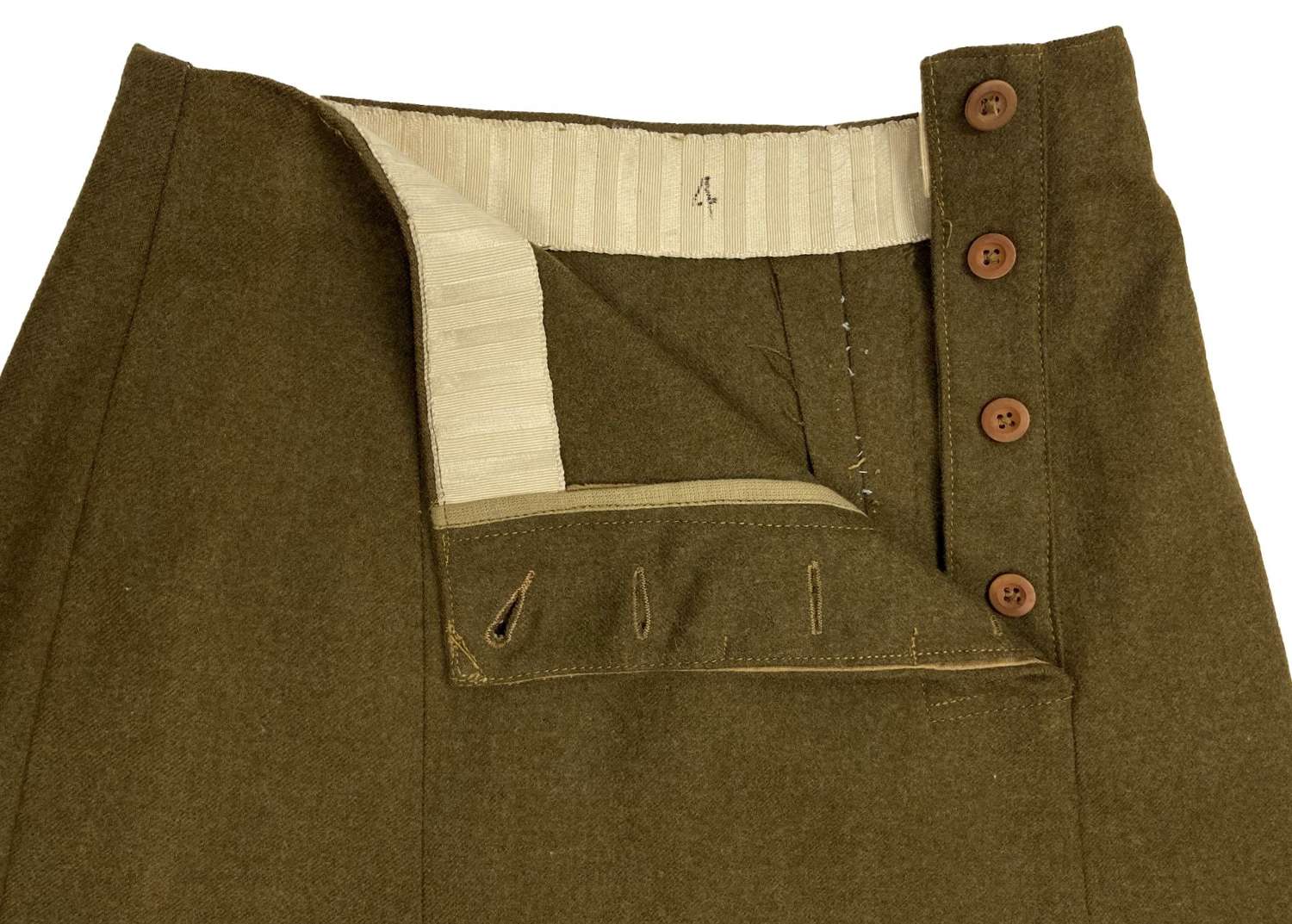 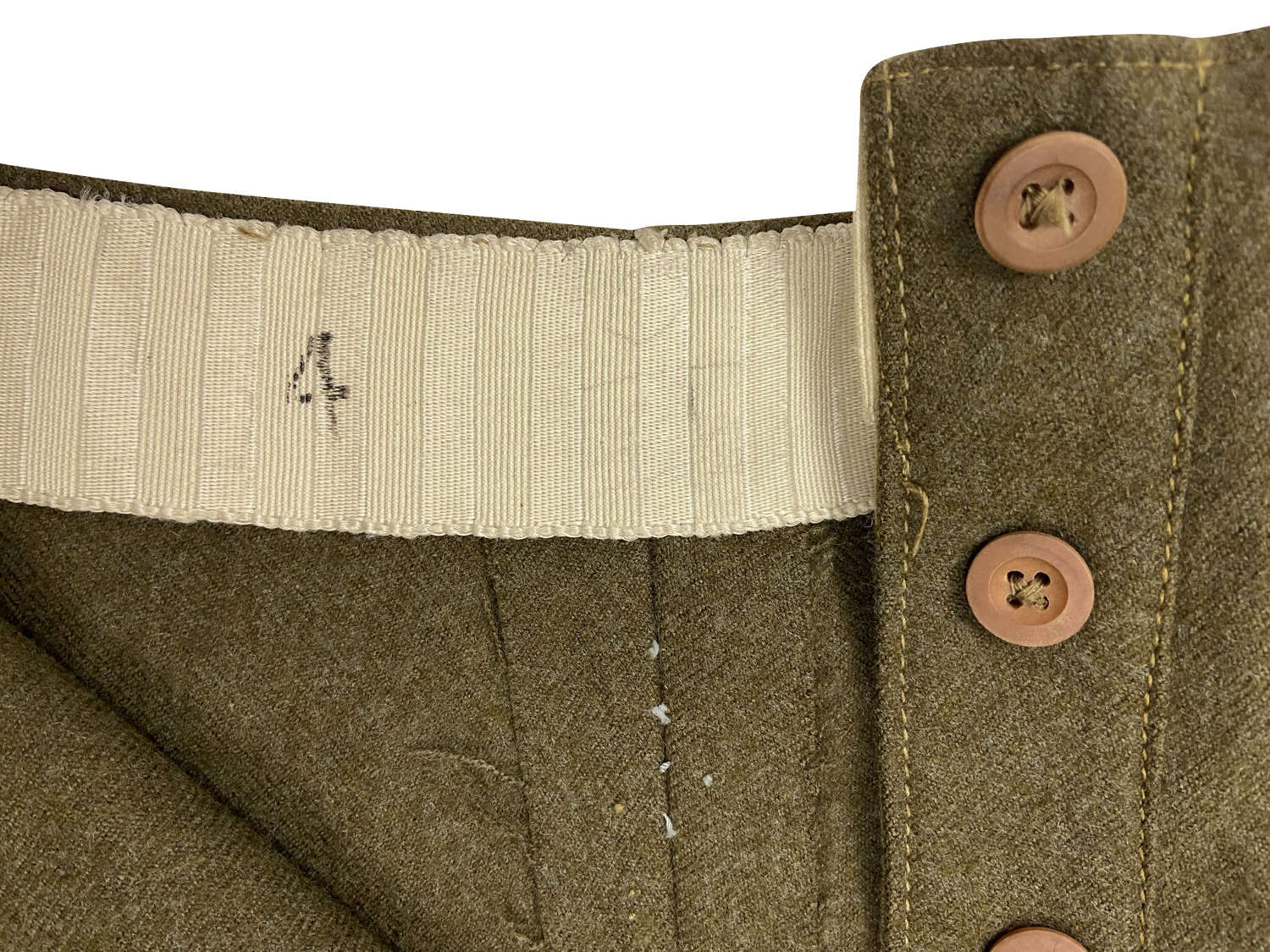 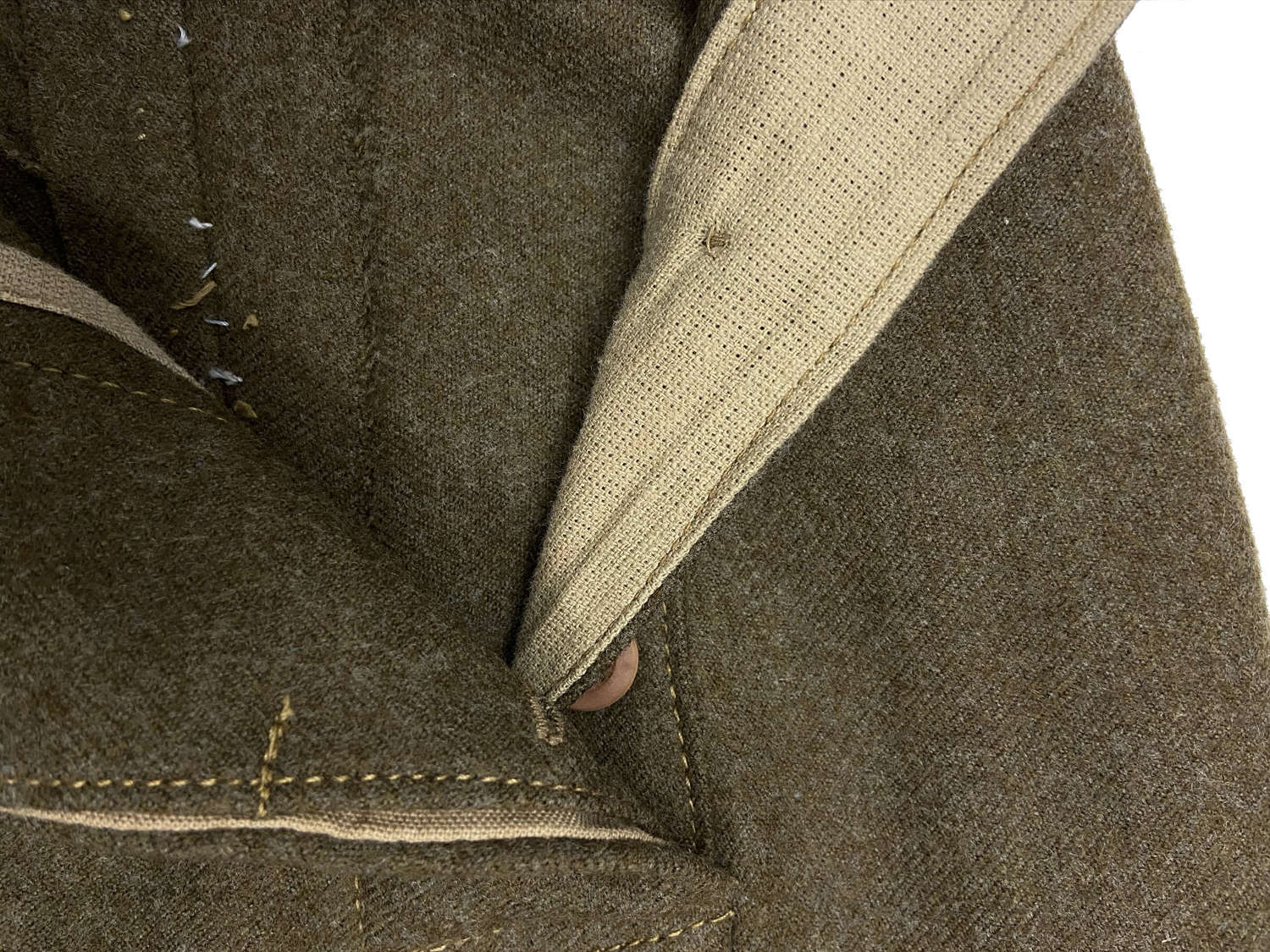 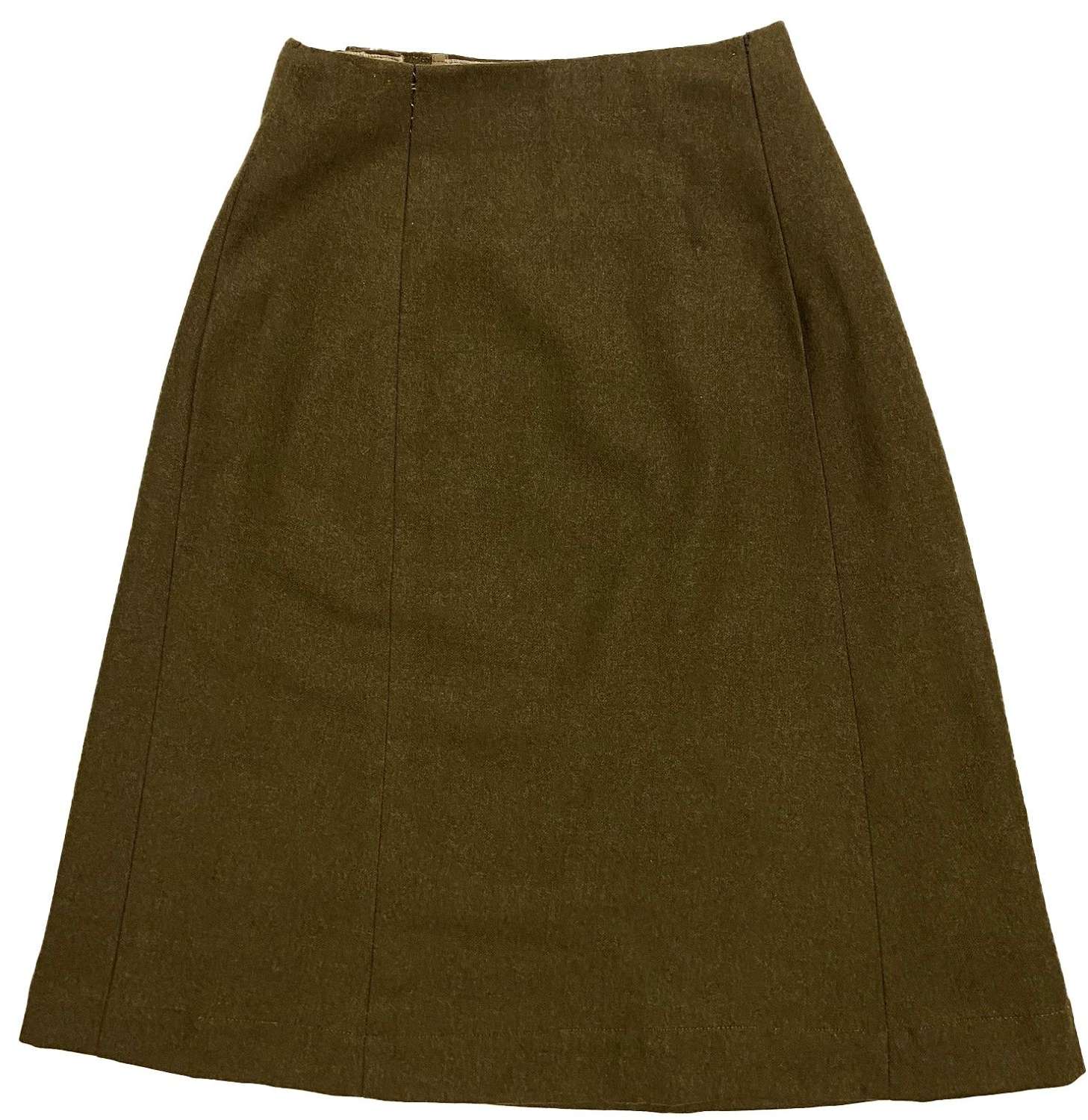