The condition of the sunglasses is good but there is some corrosion to the frames as is to be excepted of a used pair of glasses of this age. They still display very well despite this. The lenses are scratched and worn although this is only noticable on close inspection.

The glasses come complete with their original hard case which is of the standard pattern but devoid of any markings. It is in good condition and displays well.

Whilst not in the best condition,  these sunglasses still display well and would make a good addition to a Jet-age collection. 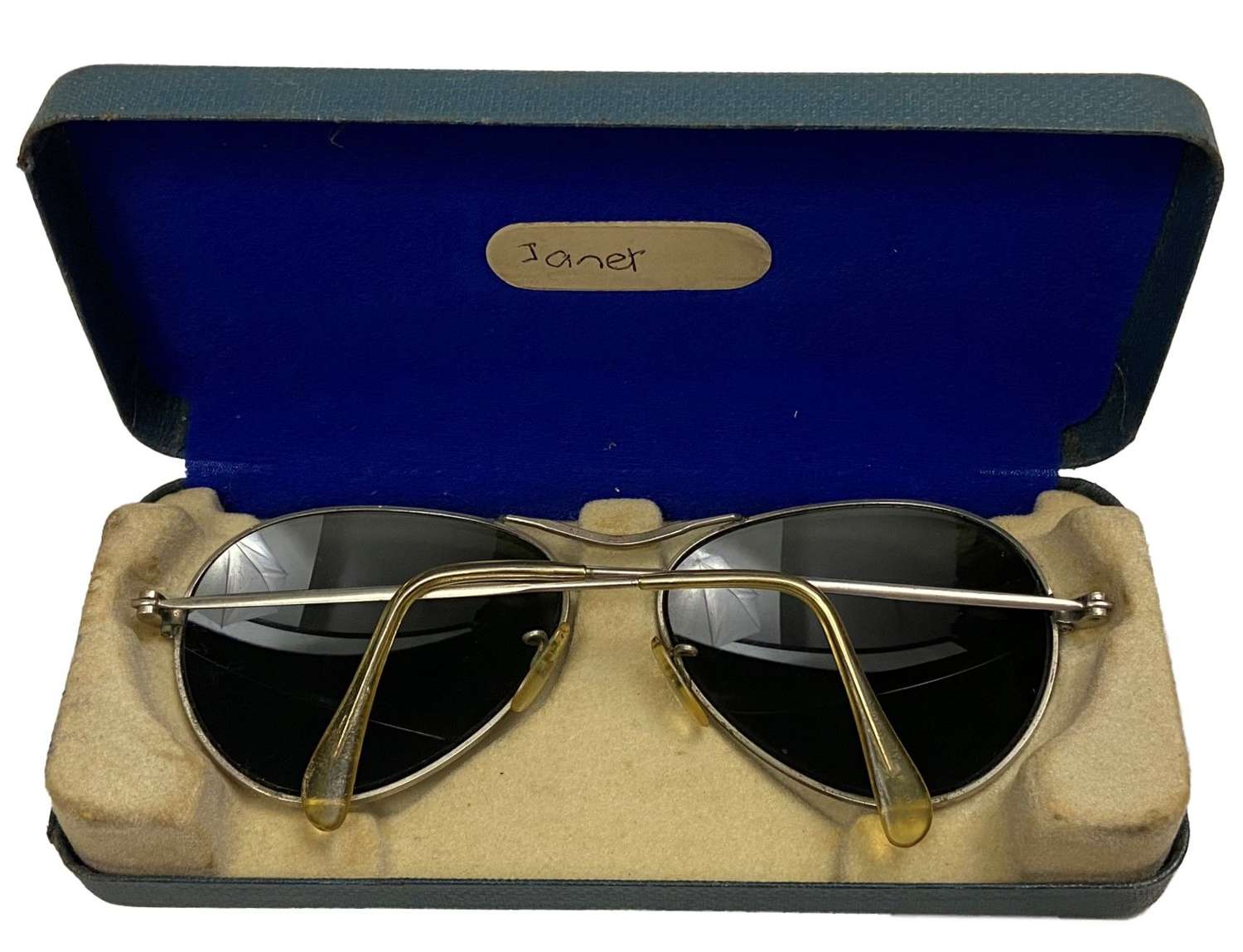 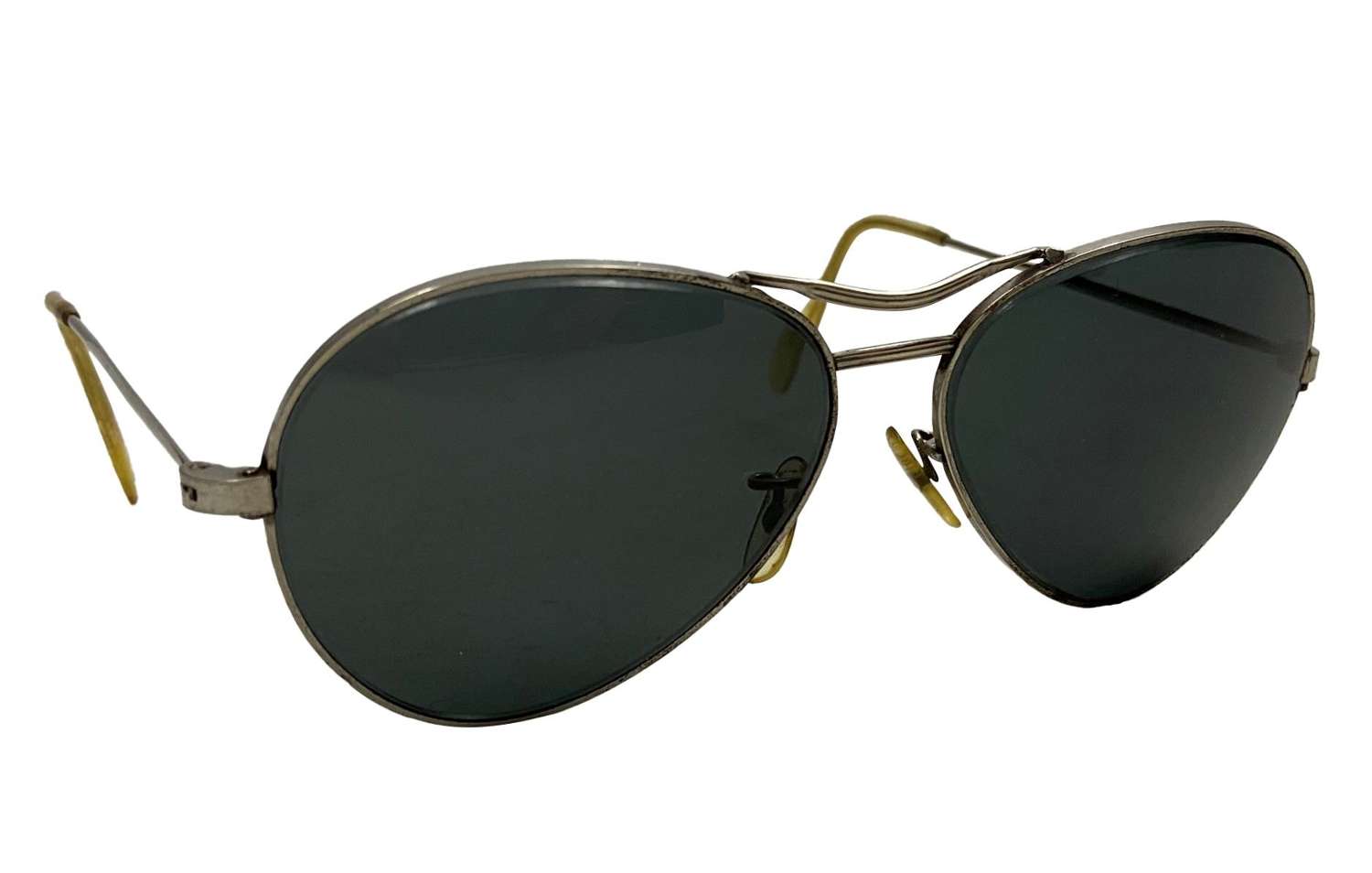 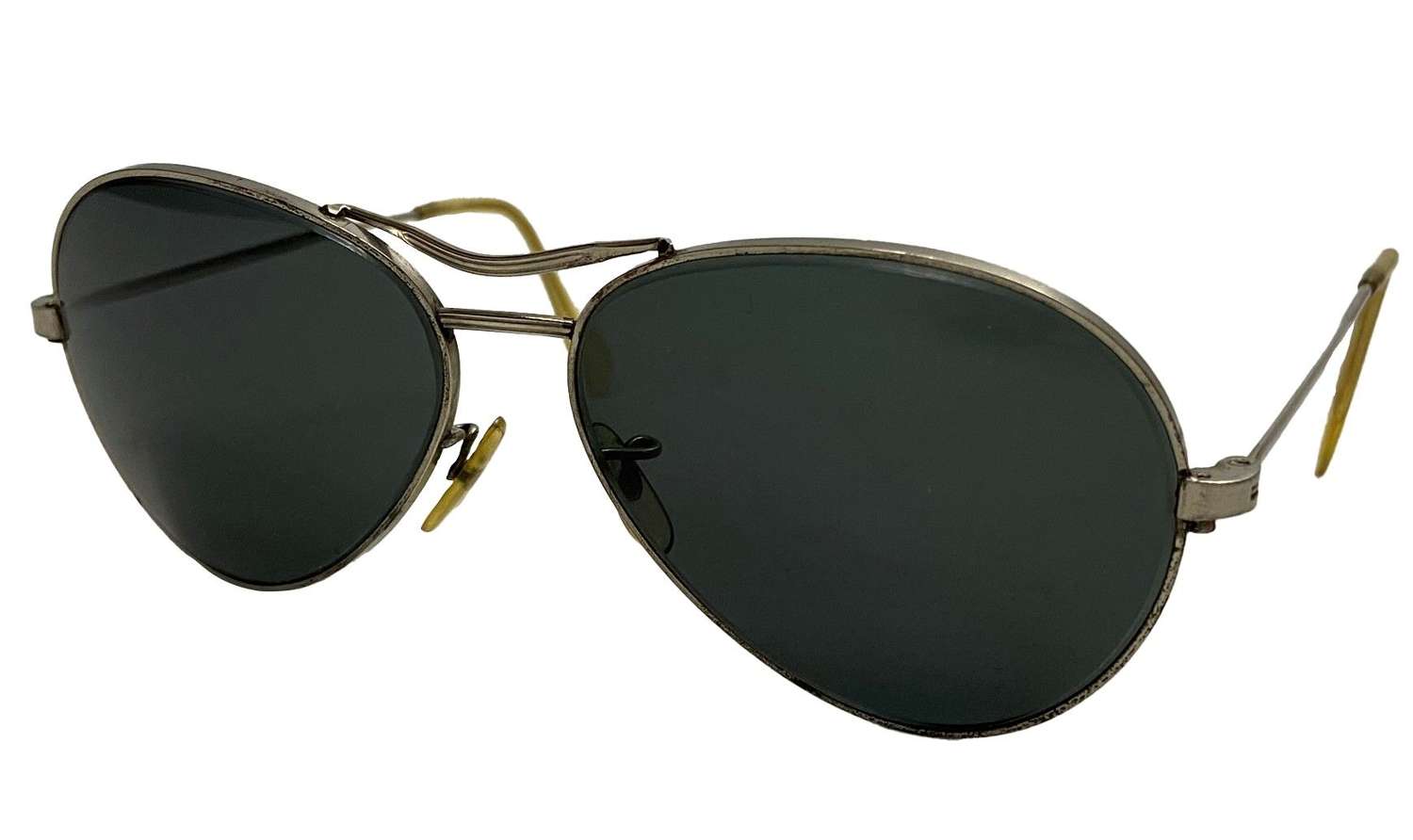 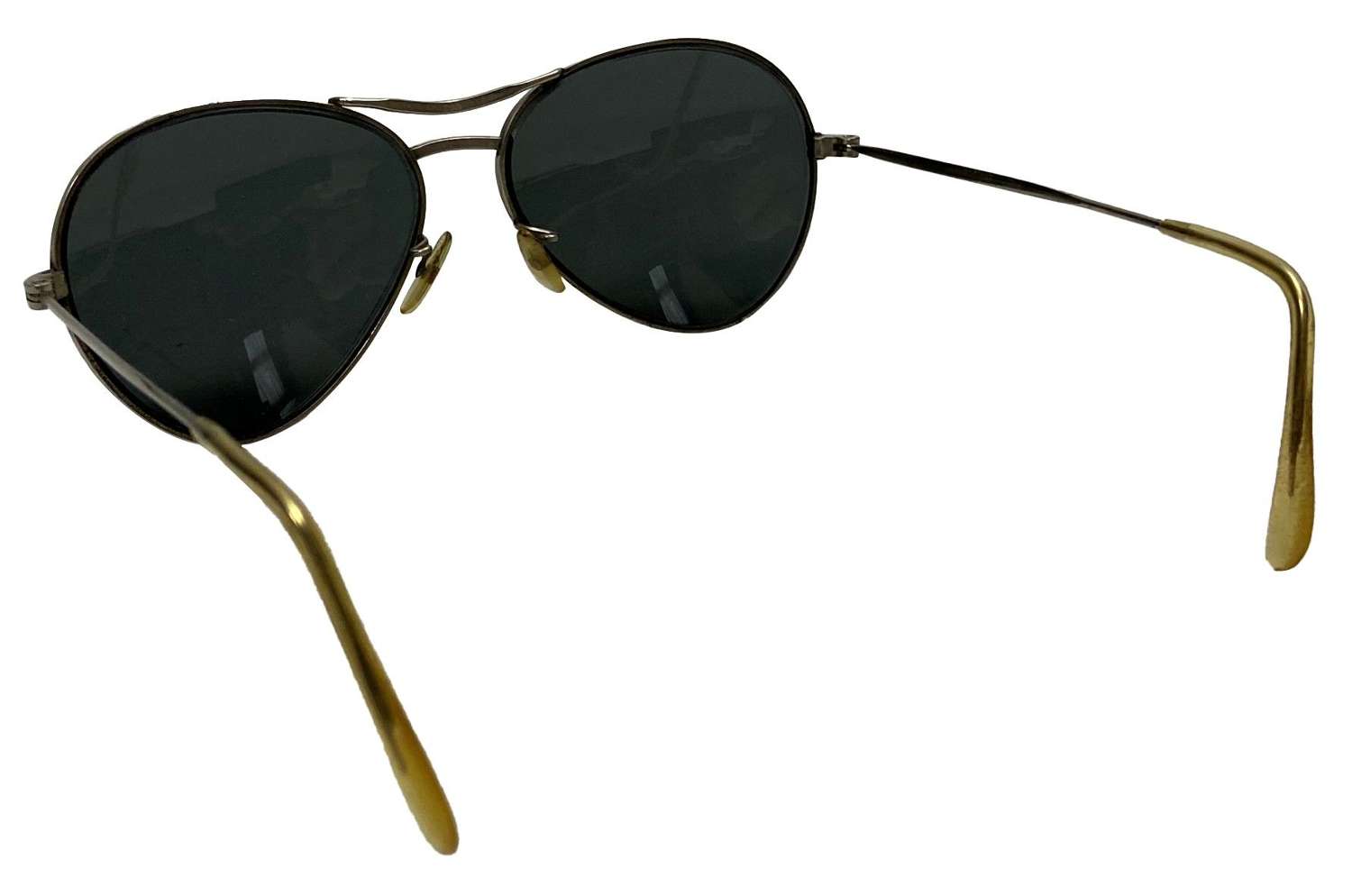 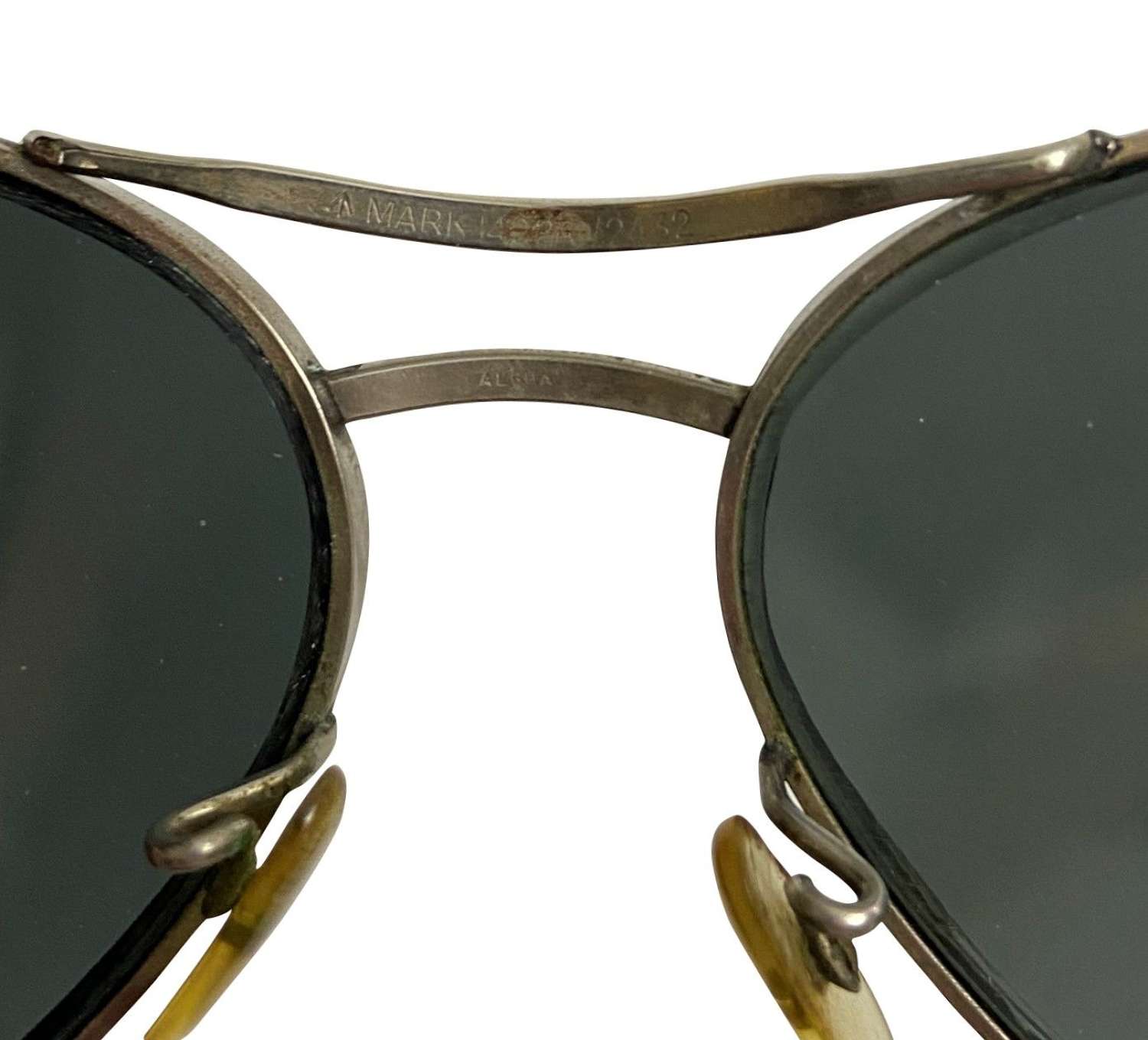 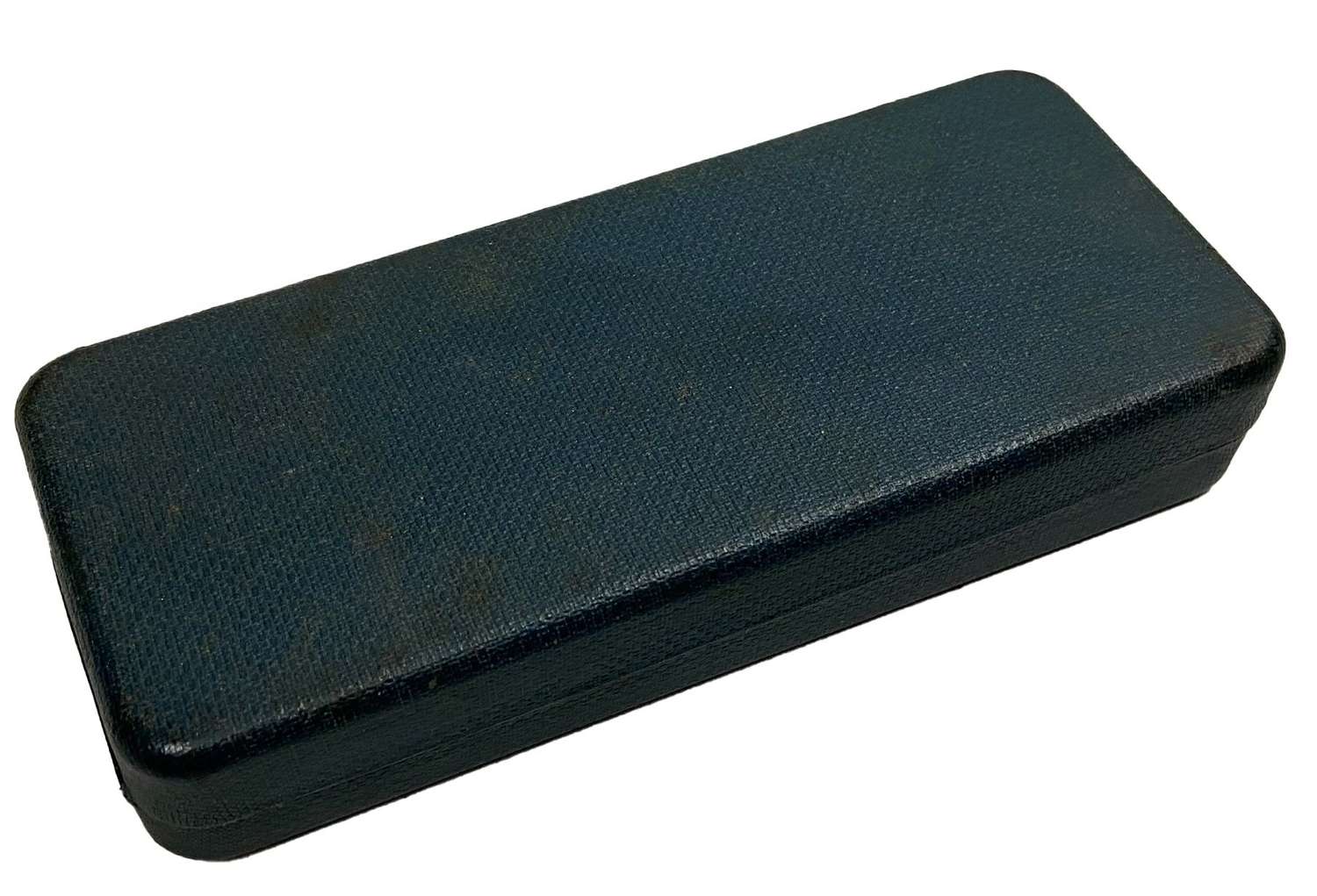