It is unclear as to whether this is a factory converted MKI holster or a true MKII holster. The manufacture date most likely pre-dates the order for shortening long strap holsters meaning this could be a converted MKI. Either way it is an original factory made short drop holster with a clear wartime date.

This pattern of holster saw extensive issue with tank crews and armoured crews in many campaigns during the Second World War and is now synonymous with the men who fought 'inside the metal'. The holster is made from the standard webbing material and is open top to allow for easy access. A single strap fastens over the top of the pistol and is secured with the standard type of press stud. Loops are fitted to the outside through which extra ammunition can be placed.

The holster is dated inside the loop as 1942. It most likely had a maker's name before the date which has been cut off when the holster was shortened. After the date the War Department broad arrow can be found.

The holster is in excellent condition as can be seen in the pictures. There are some traces of shade 97 blanco although they are limited with the holster clearly only getting a light coating at some stage.

A fine war dated example which would be hard to better! 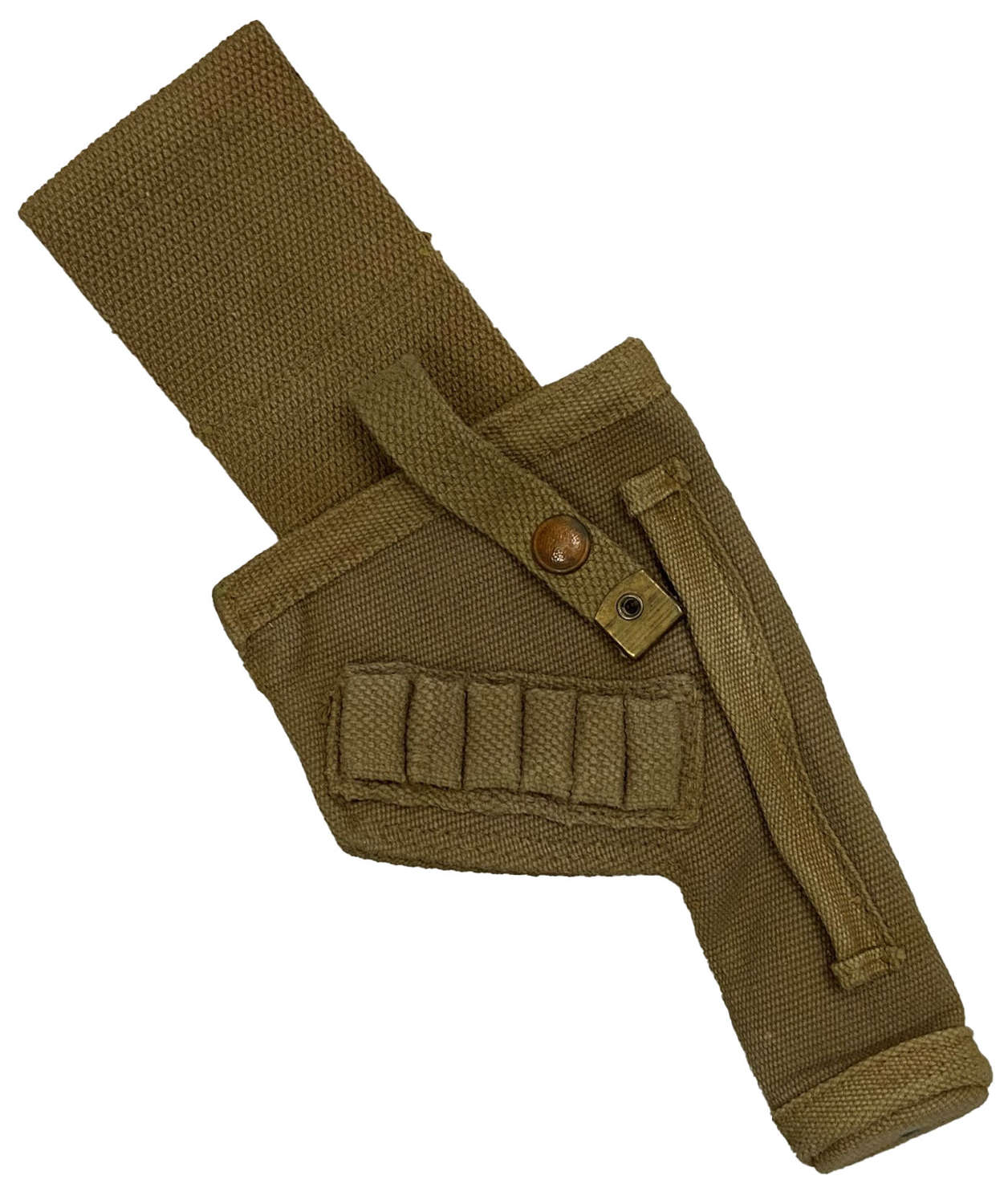 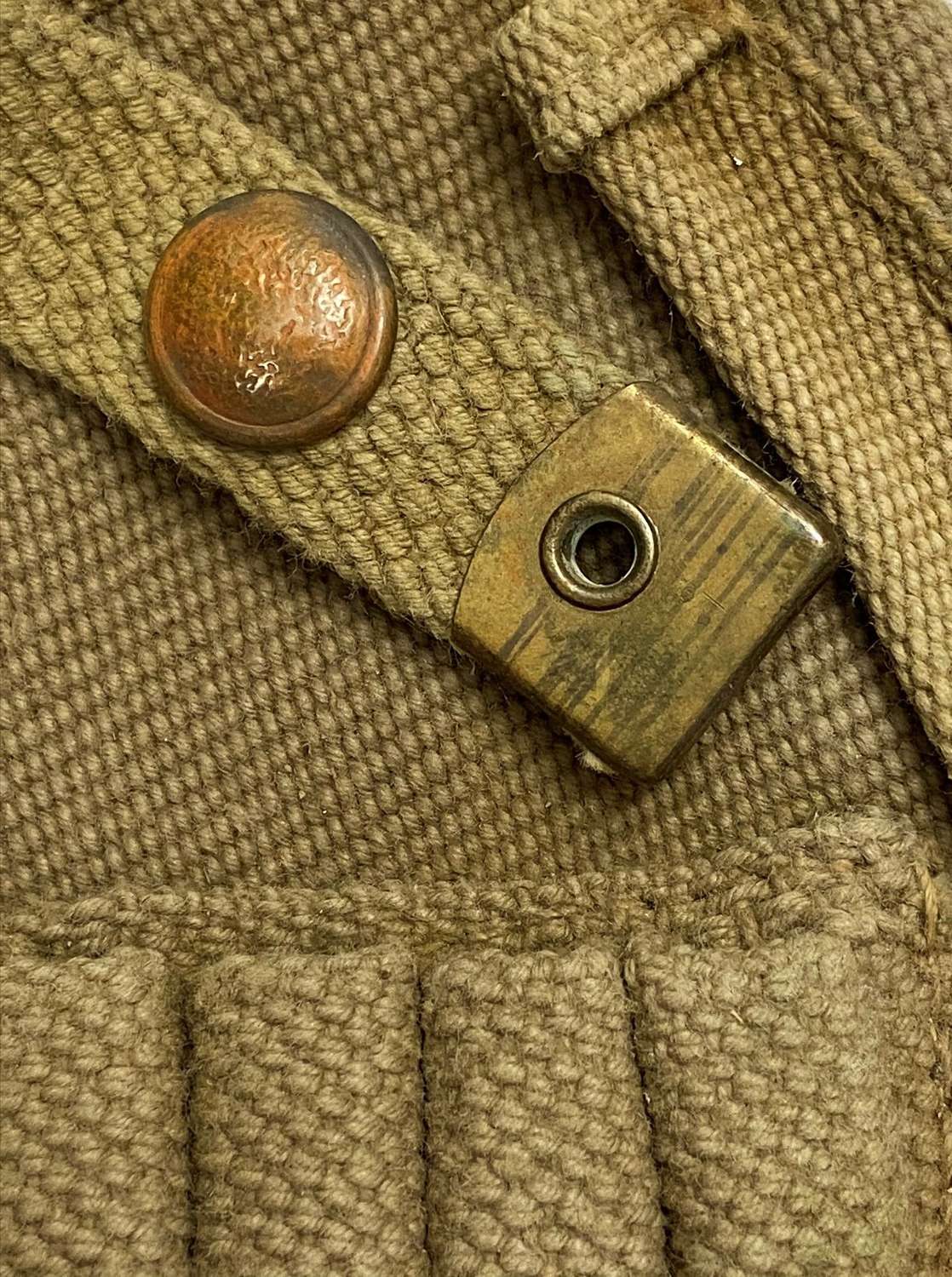 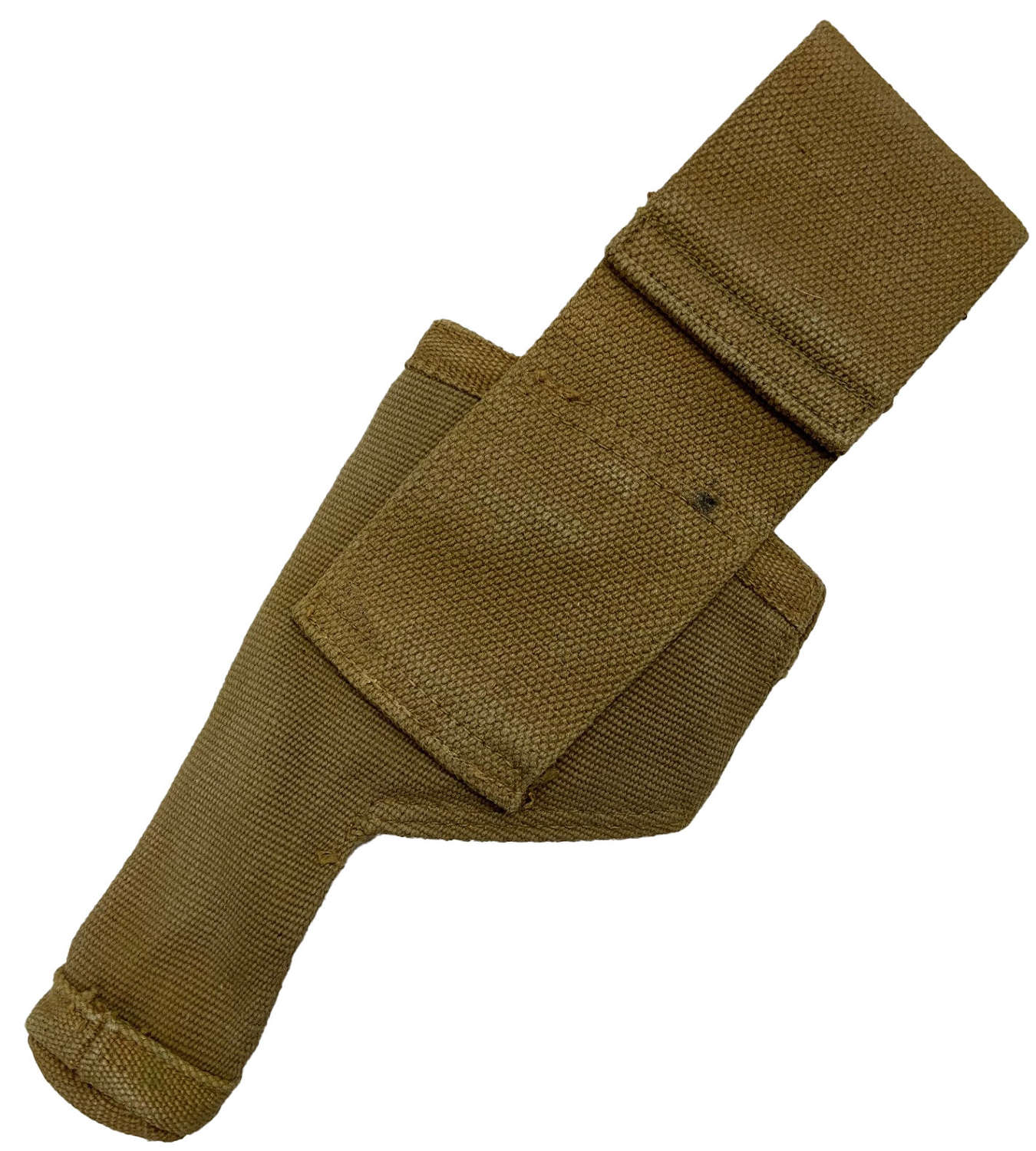 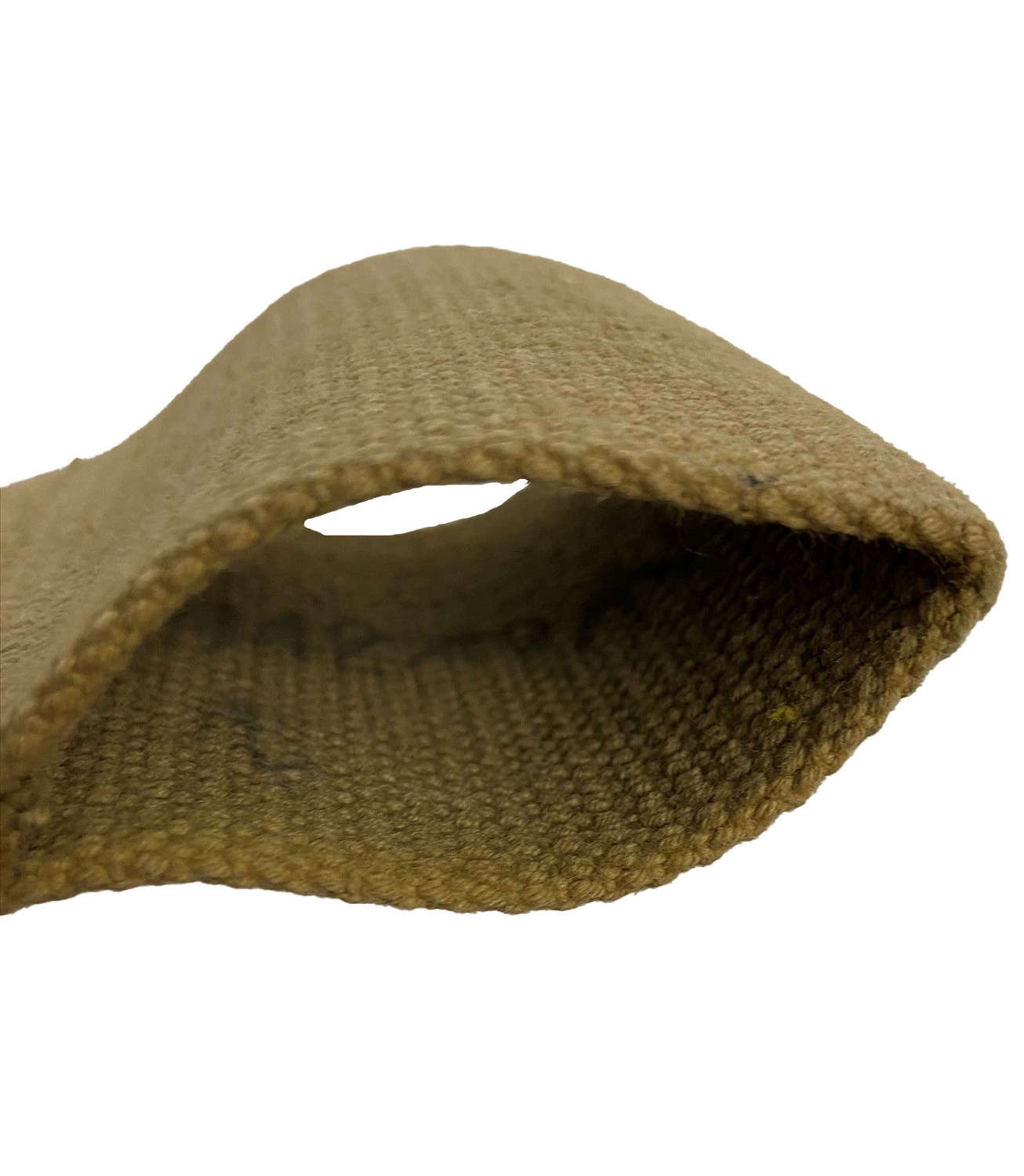 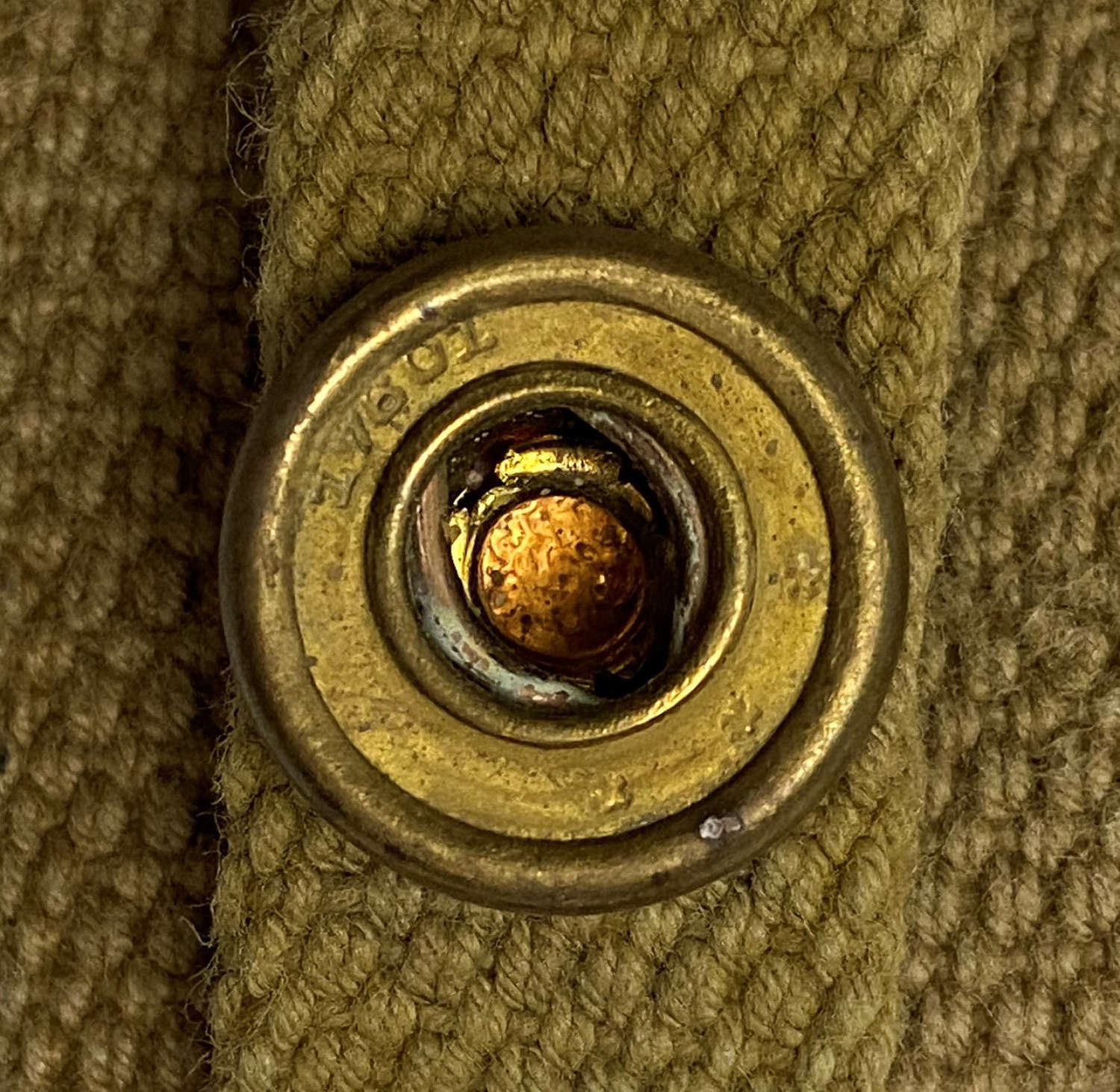