This pattern of shorts was very commonly seen as part of the physical training uniform of the British Forces during the Second World War. They are made from a navy blue cotton, feature an elasticated waist and a white label to the interior.

This particular pair were issued to a member of the RAF and feature a very clear 1941 date. The maker's initials of 'S. M. & G. Co Ltd is present as is the size of No. 4, the waist size of 36 and the War Department broad arrow marking.

The waist is elasticated meaning they will fit a number of waist sizes from 28-38".

The condition of the shorts is good as can be seen in the photographs. They have a few small signs of age but overall display well. 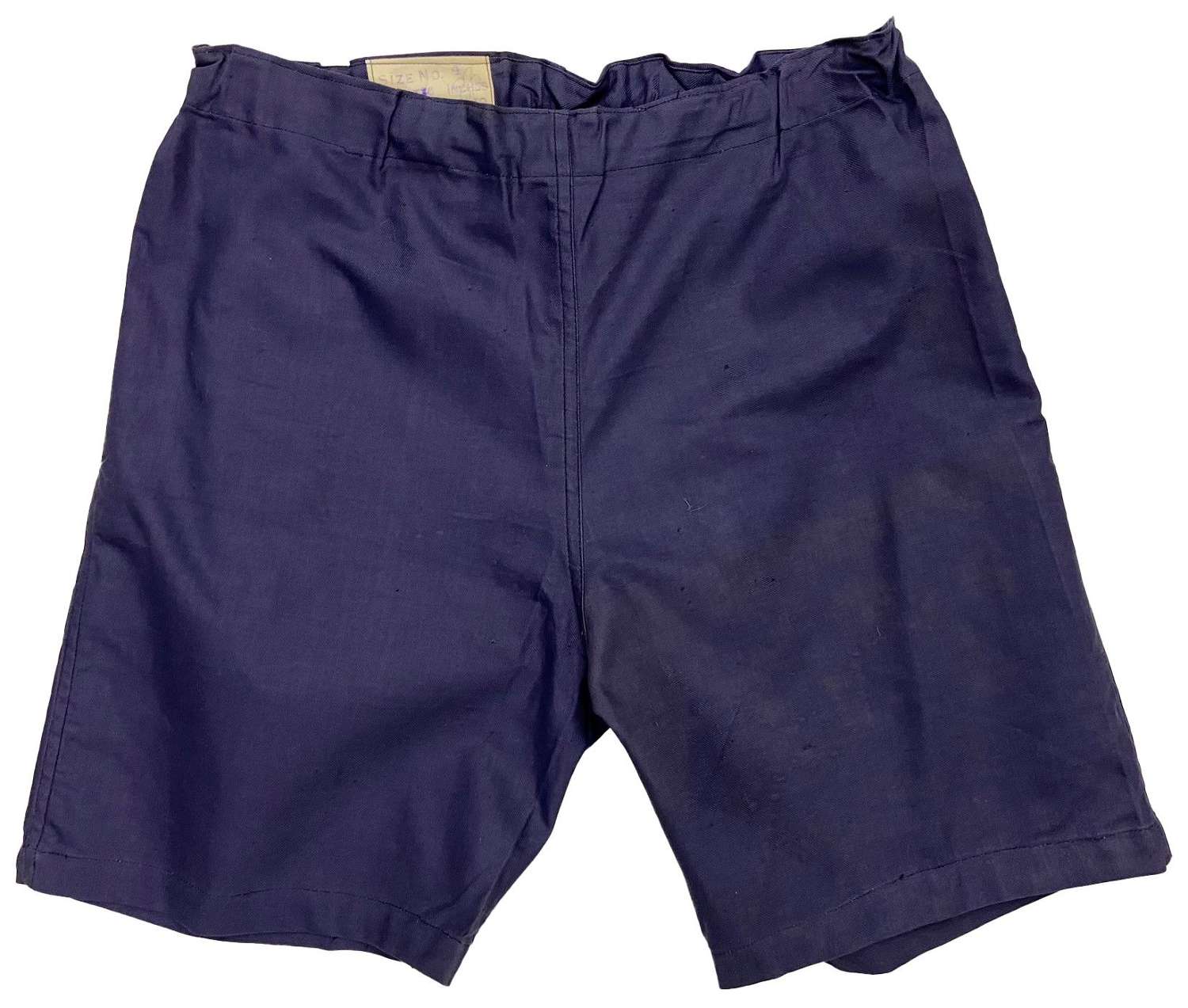 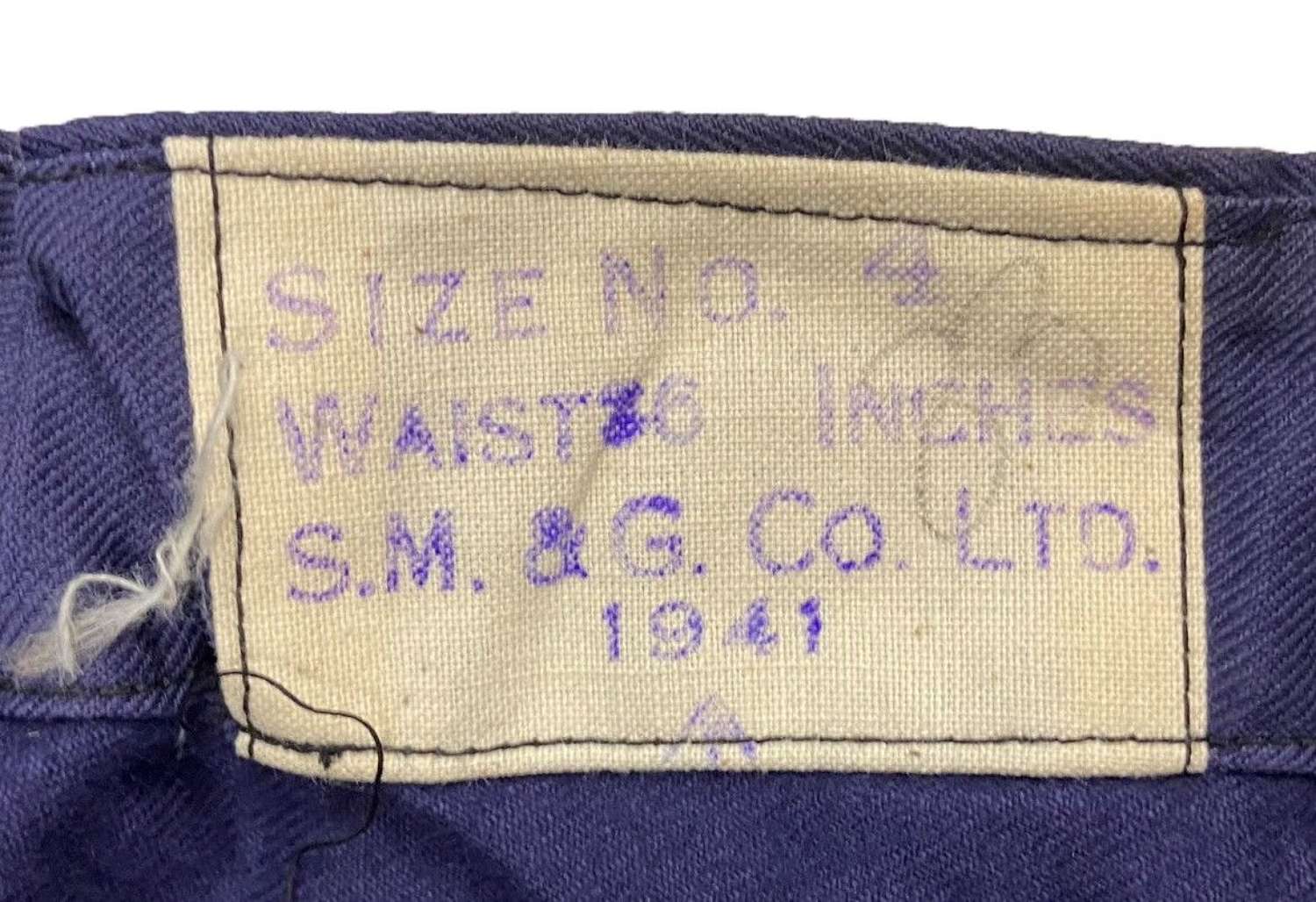 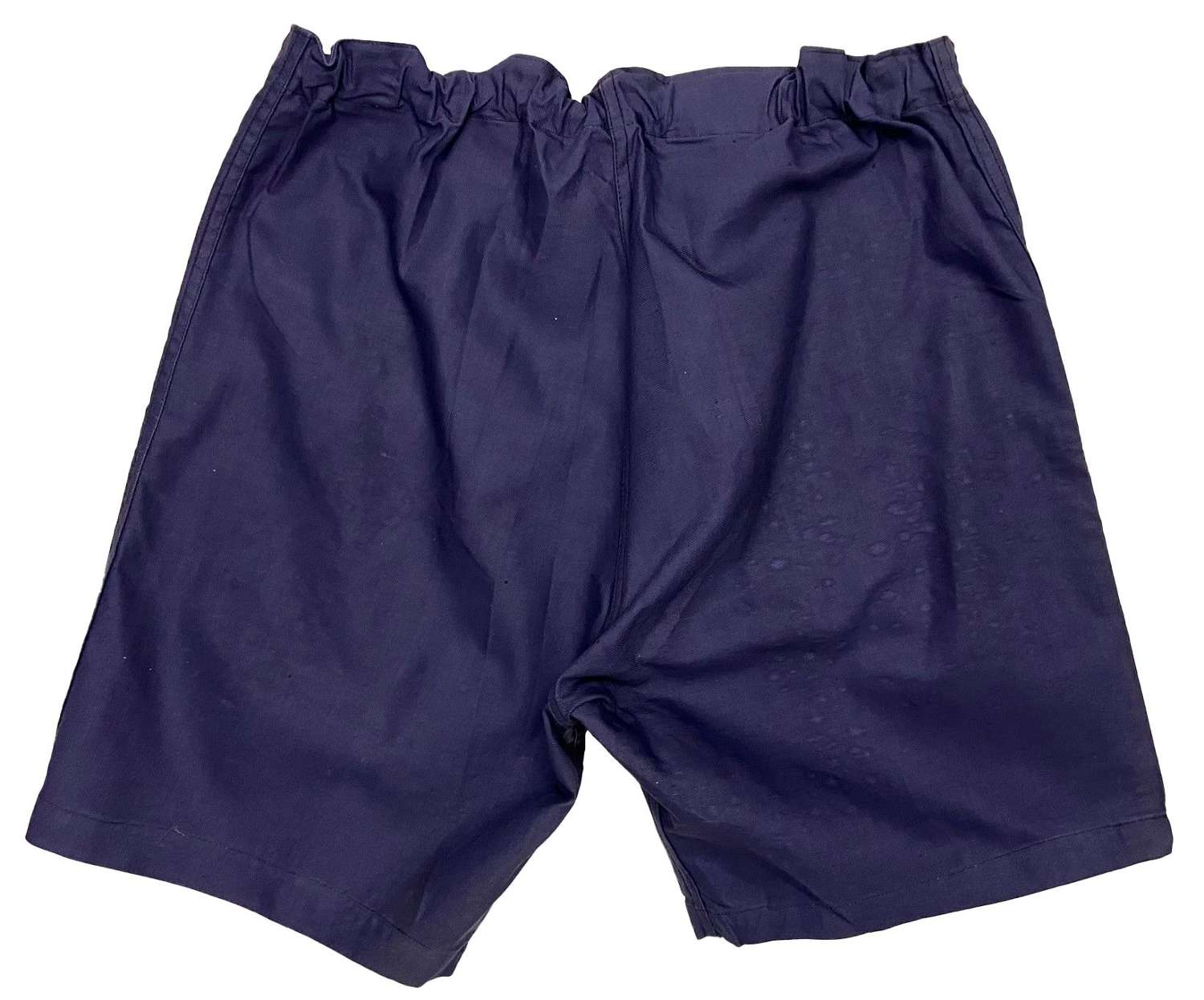