An original British Army Officers cap made by Herbert Johnson in the 1950s.

This cap is typical of those made during the early 1950s. Made from the standard shade of green barathea, the cap features a soft crown, large brown leather chin strap and four eyelets at the rear. The shape of the cap could certainly pass as an earlier example. It is fitted with York and Lancaster Regiment buttons and a Kings crown Royal Artillery cap badge. I have no explanation for this!

Inside the cap the original markings are still present. The royal crest surmounts the words 'By appointment to her Majesty the Queen Hatters' below which is the maker's name and address of 38 Bond Street.

The internal circumference of the hat measures at 22 1/2" meaning it should suit around a 6 7/8 size head.

The cap is in good condition and displays very well. As is often the case, the leather sweatband has come un-stitched and will need re-attaching if it is to be worn. 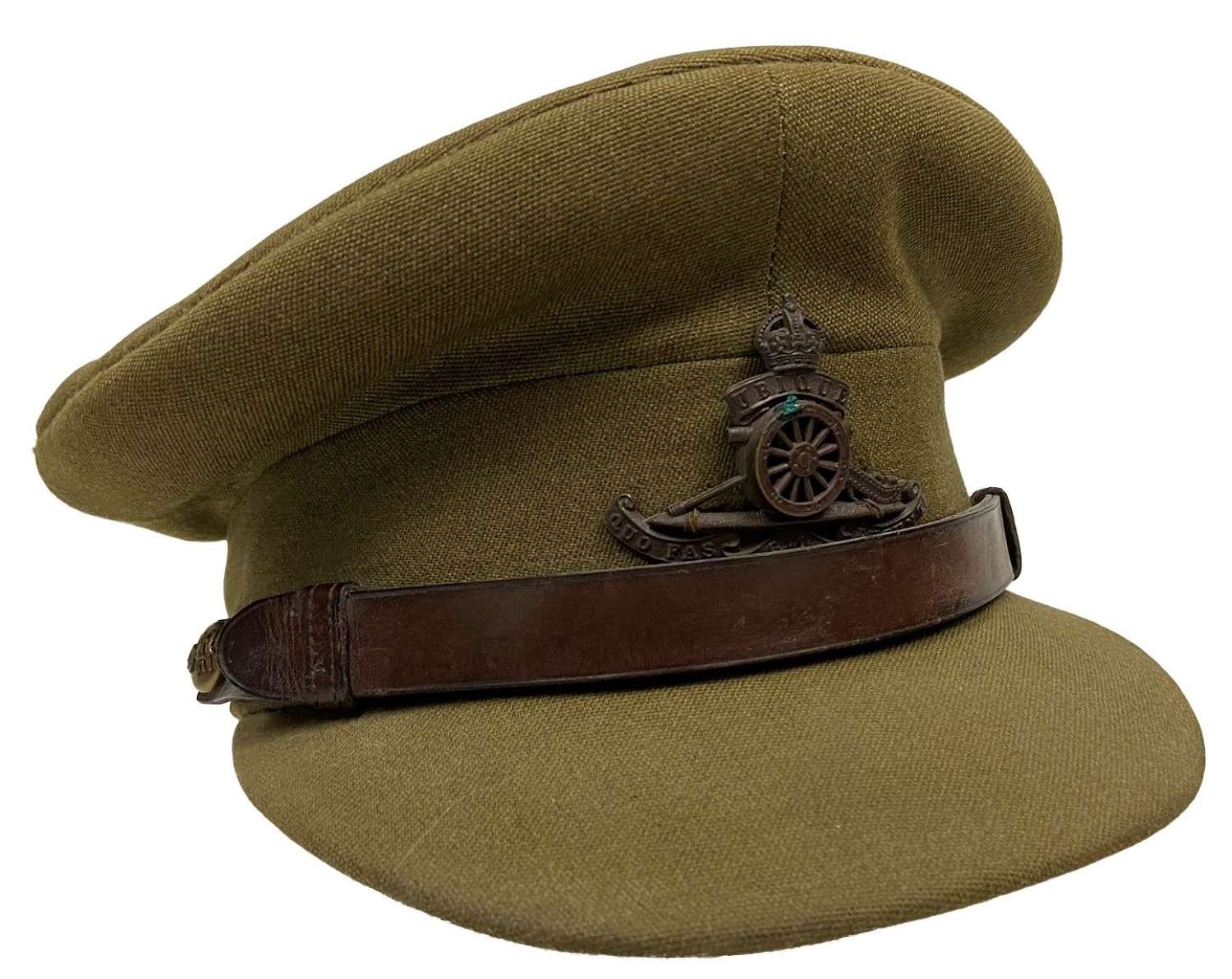 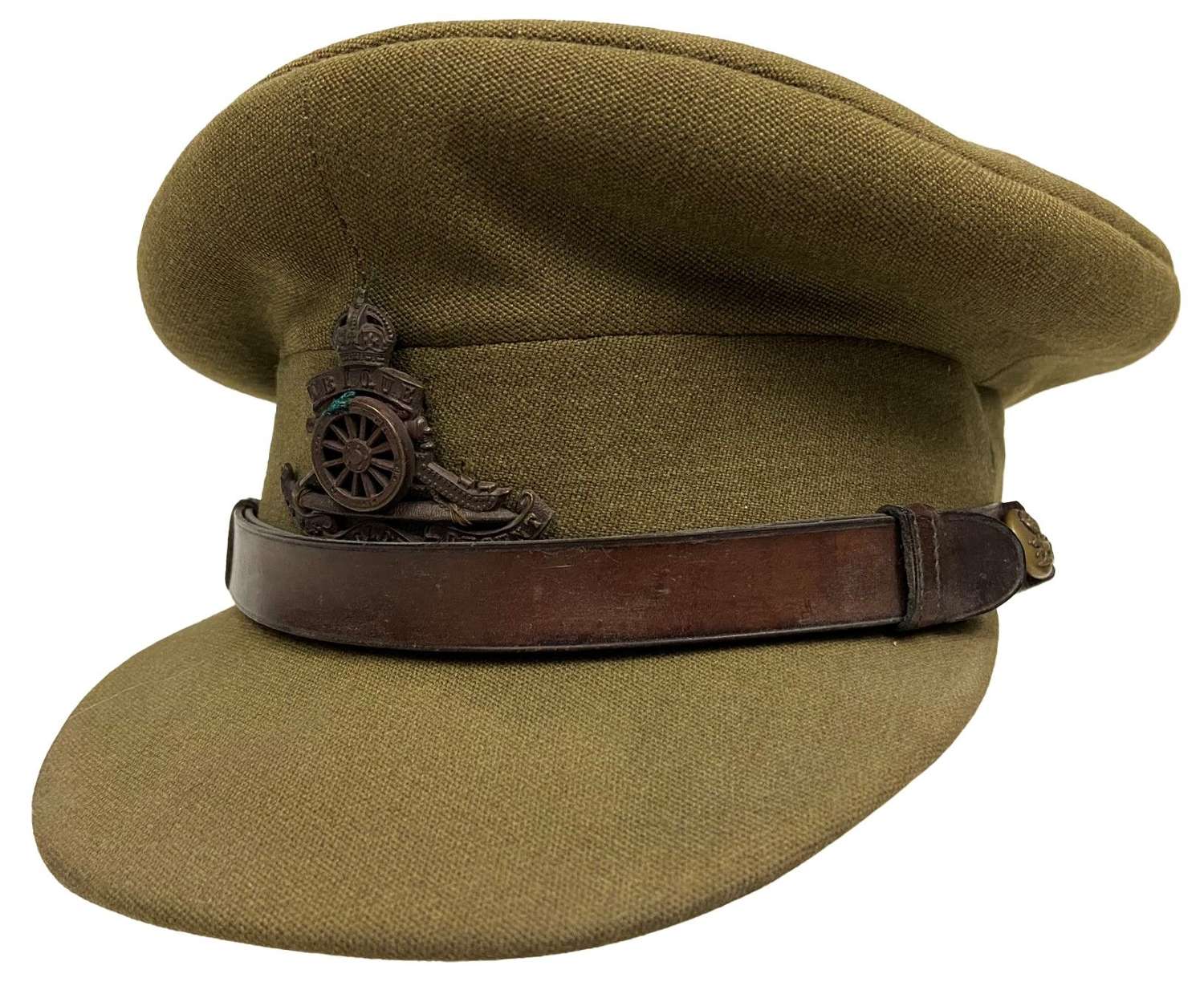 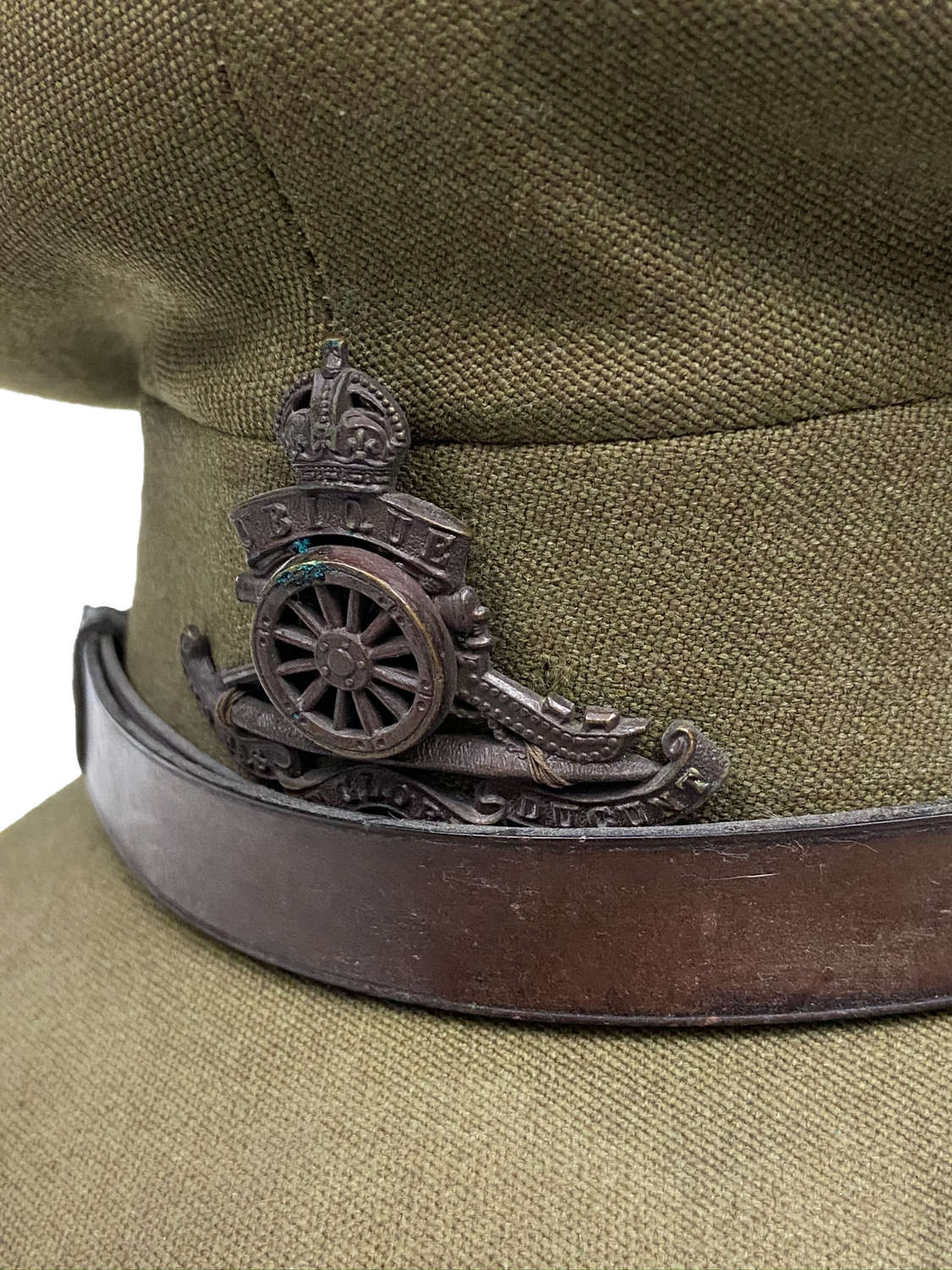 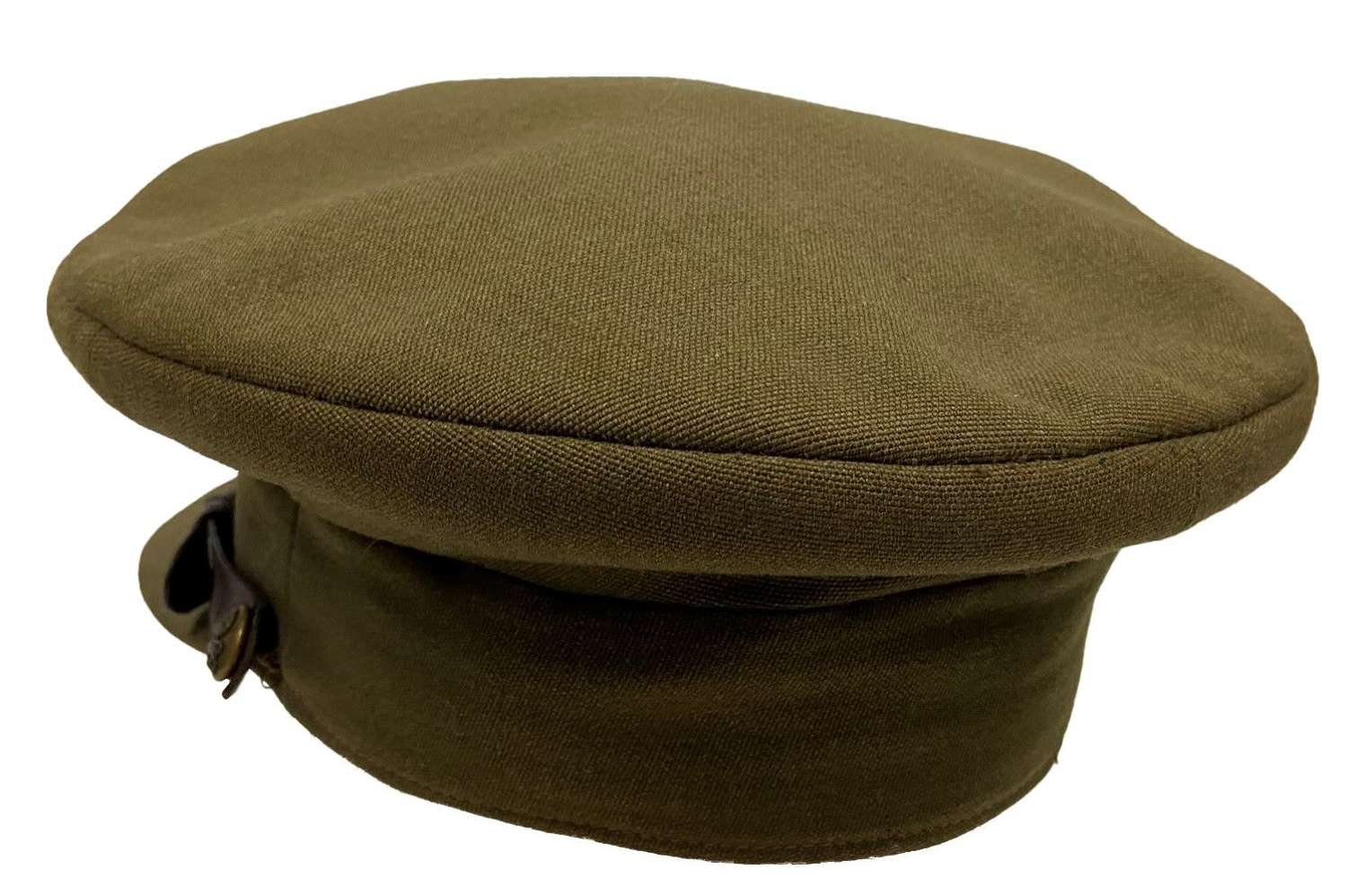 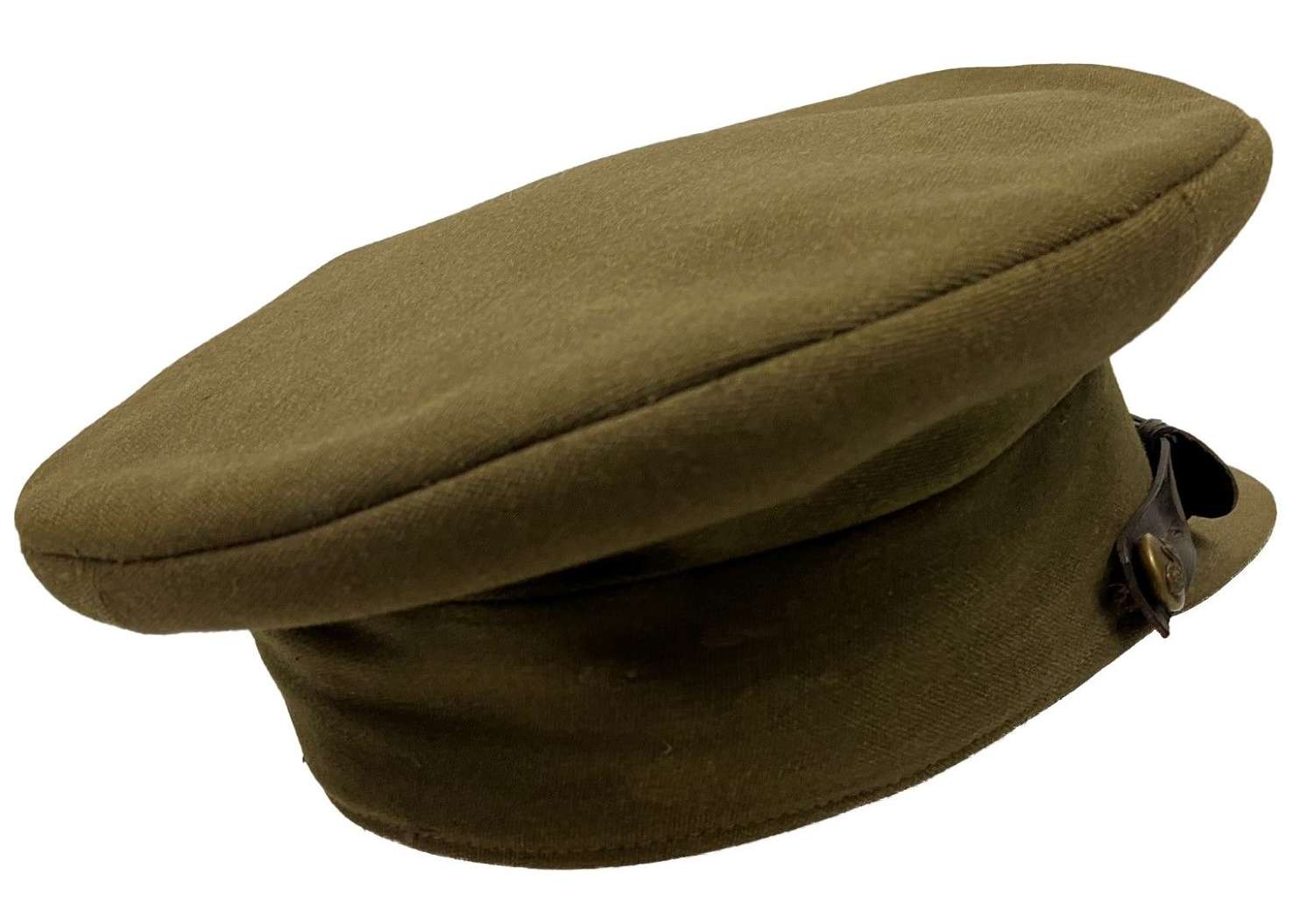 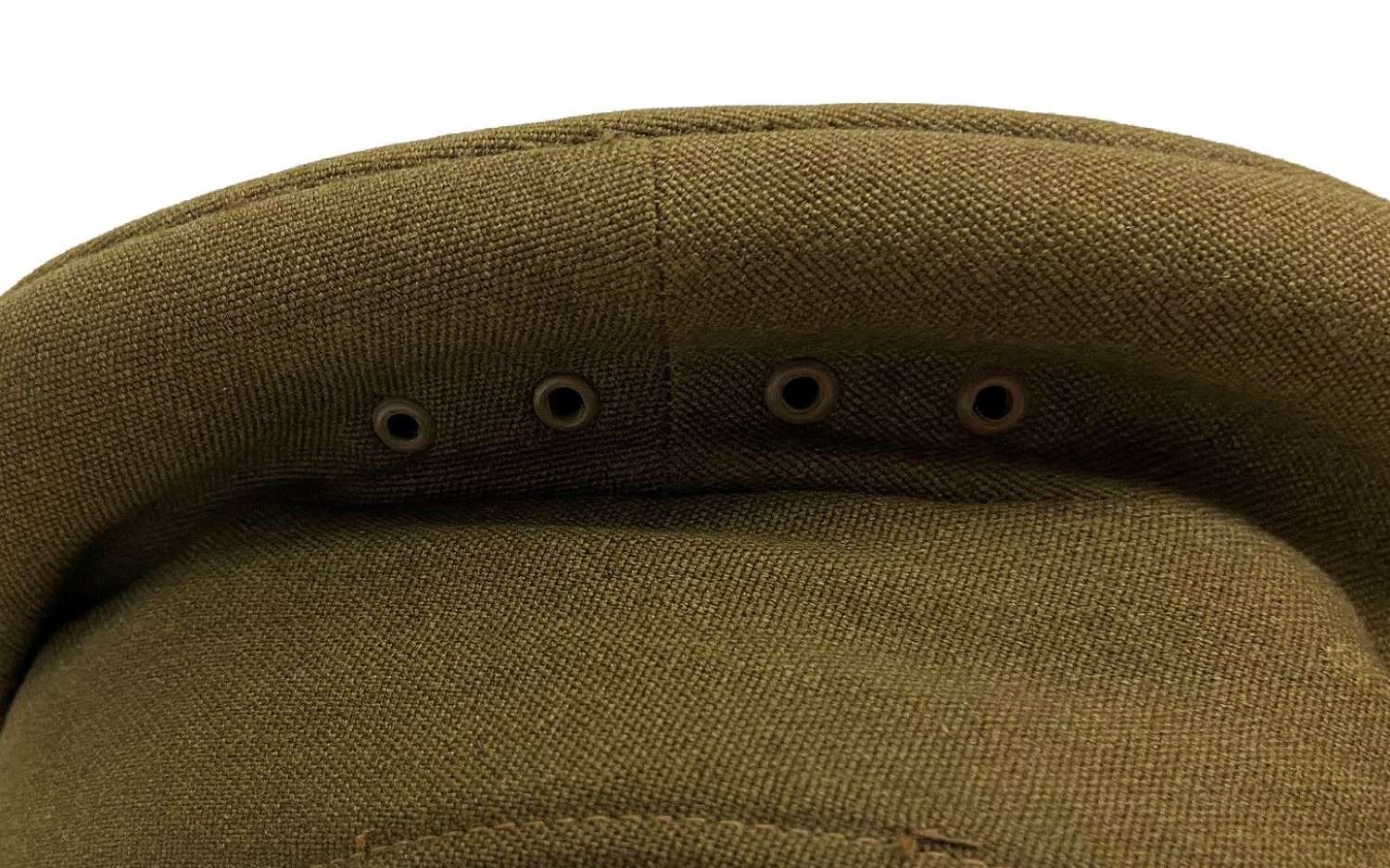 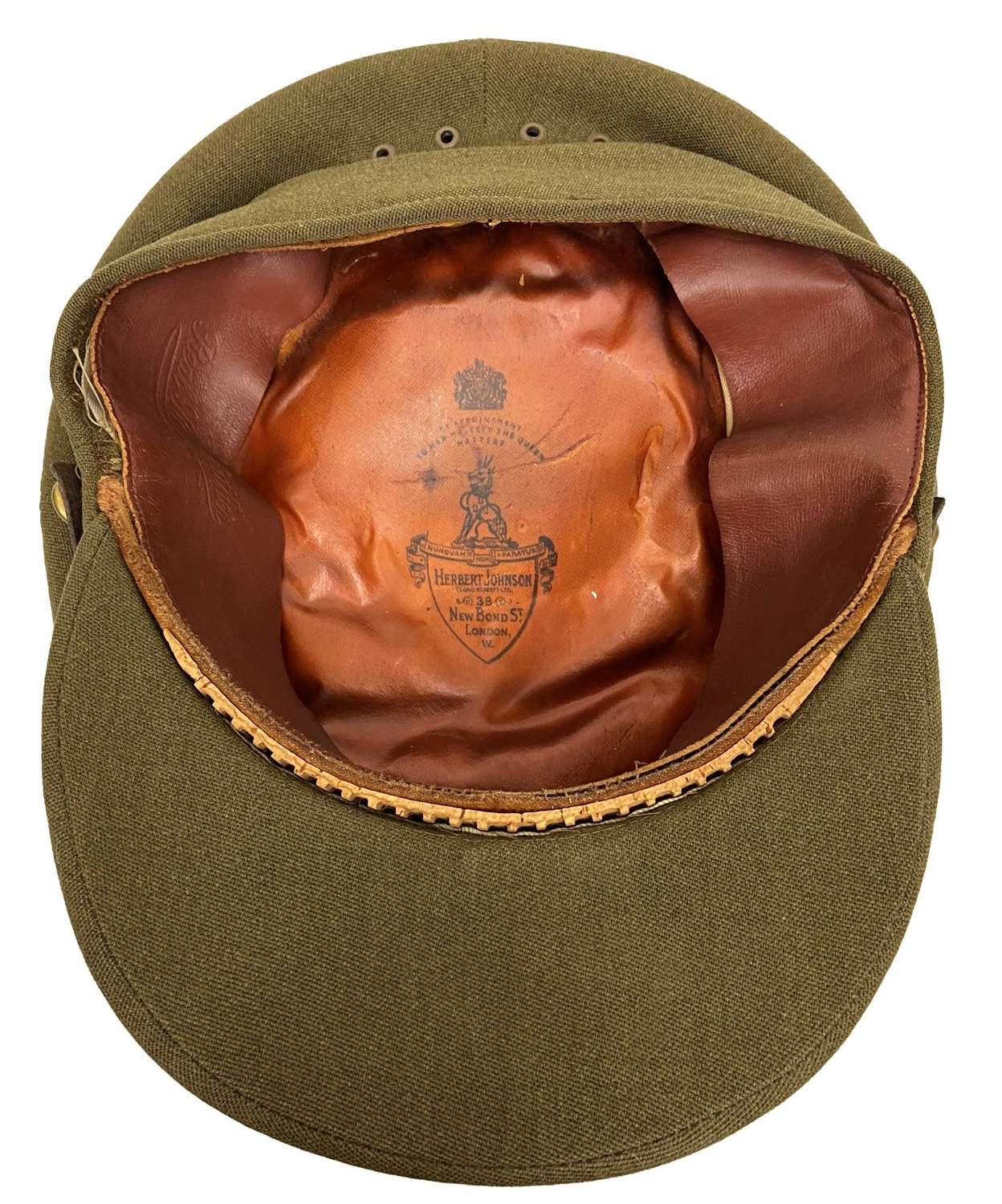 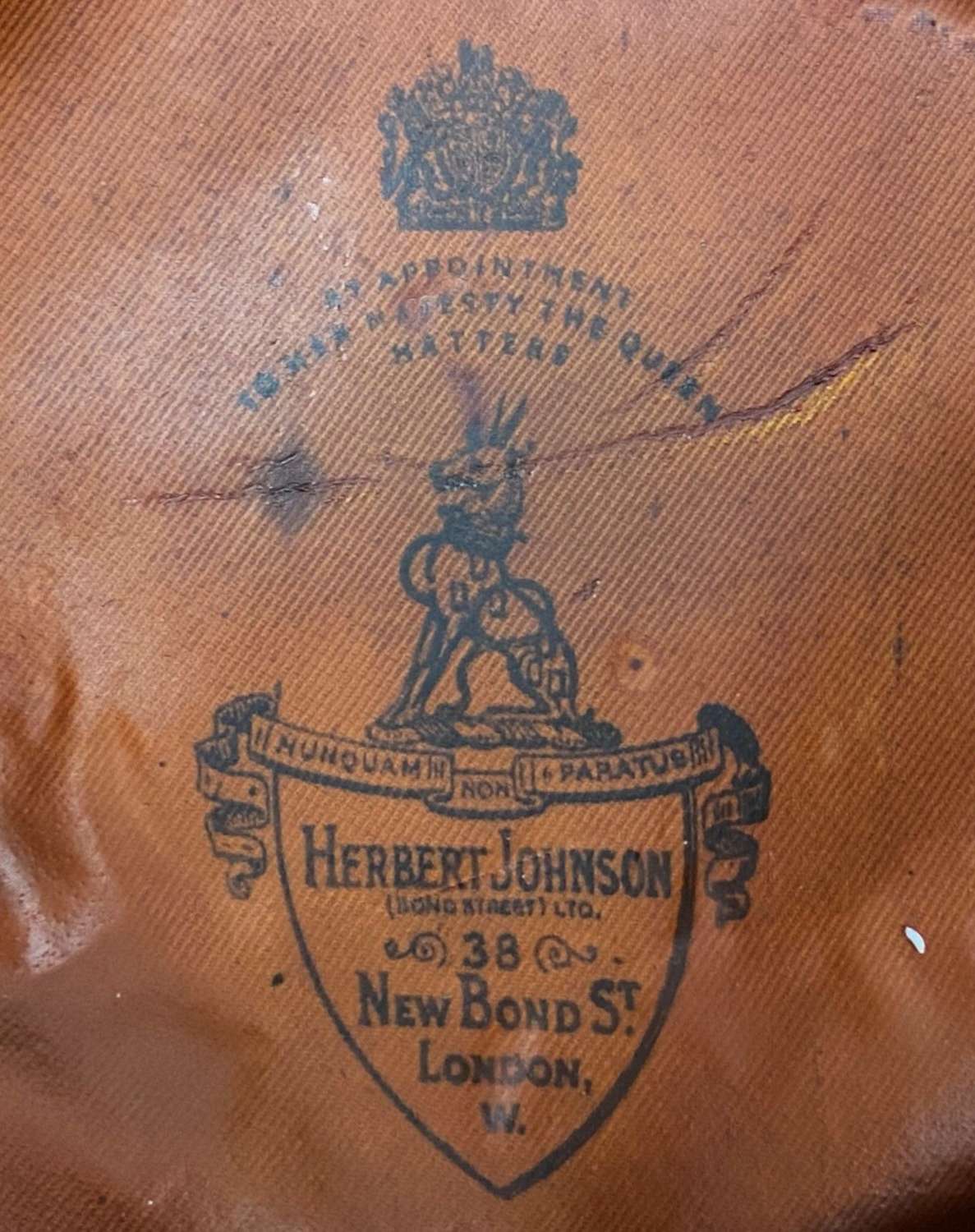