An original British made MK VII Respirator Haversack as used by the British Army, RAF, Royal Navy and Home Guard during the Second World War.

This pattern of haversack was introduced in 1941 replacing the MK VI. It is made from a green coloured canvas and features a cotton webbing strap which is adjustable. The original string which ties the haversack onto the wearers chest whilst in the 'alert' position is still present and in good condition. Inside the flap the makers initials of 'G. & S. Ltd' and the 1943 date.

The bag is in good condition overall and displays well with only limited signs of wear and age. 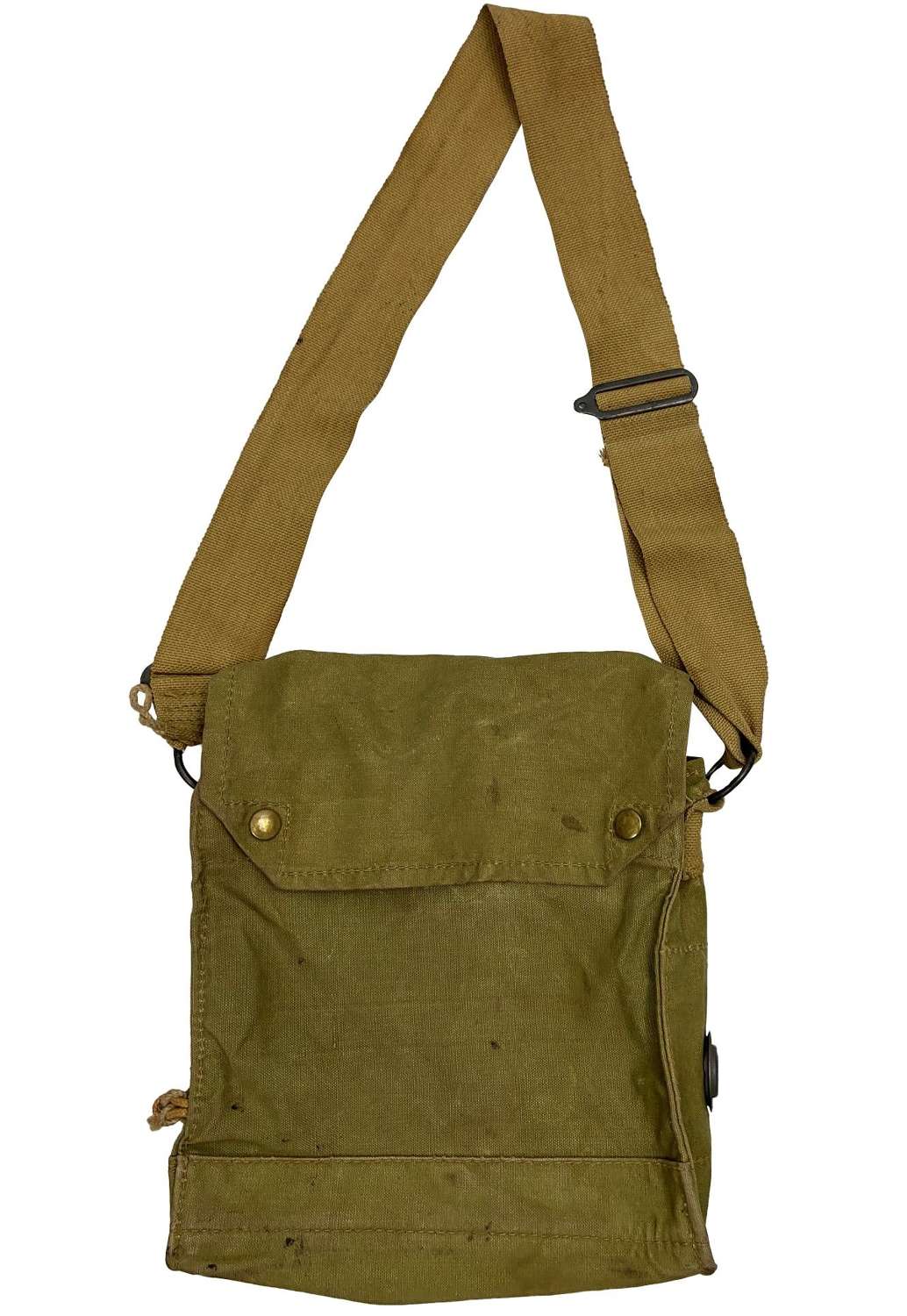 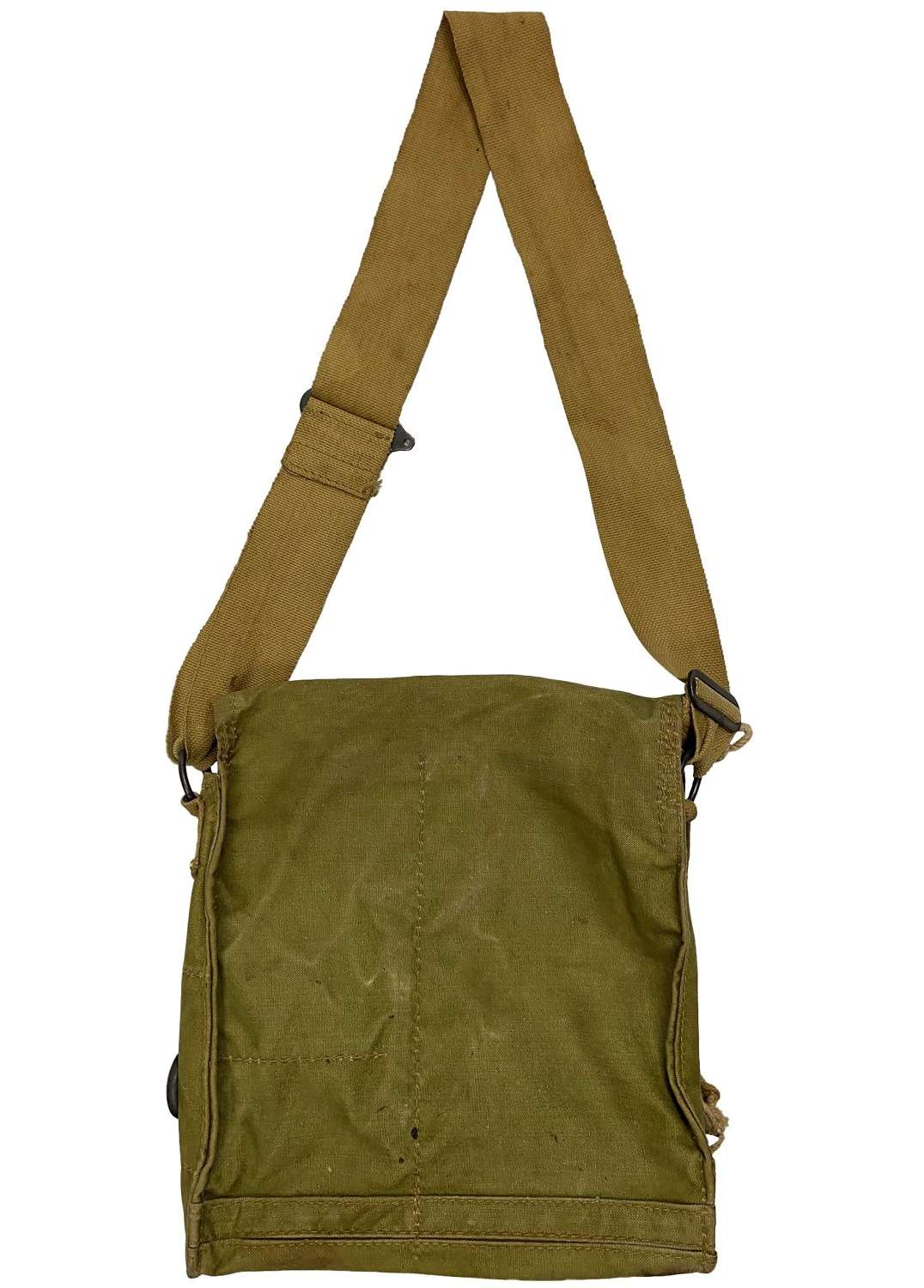 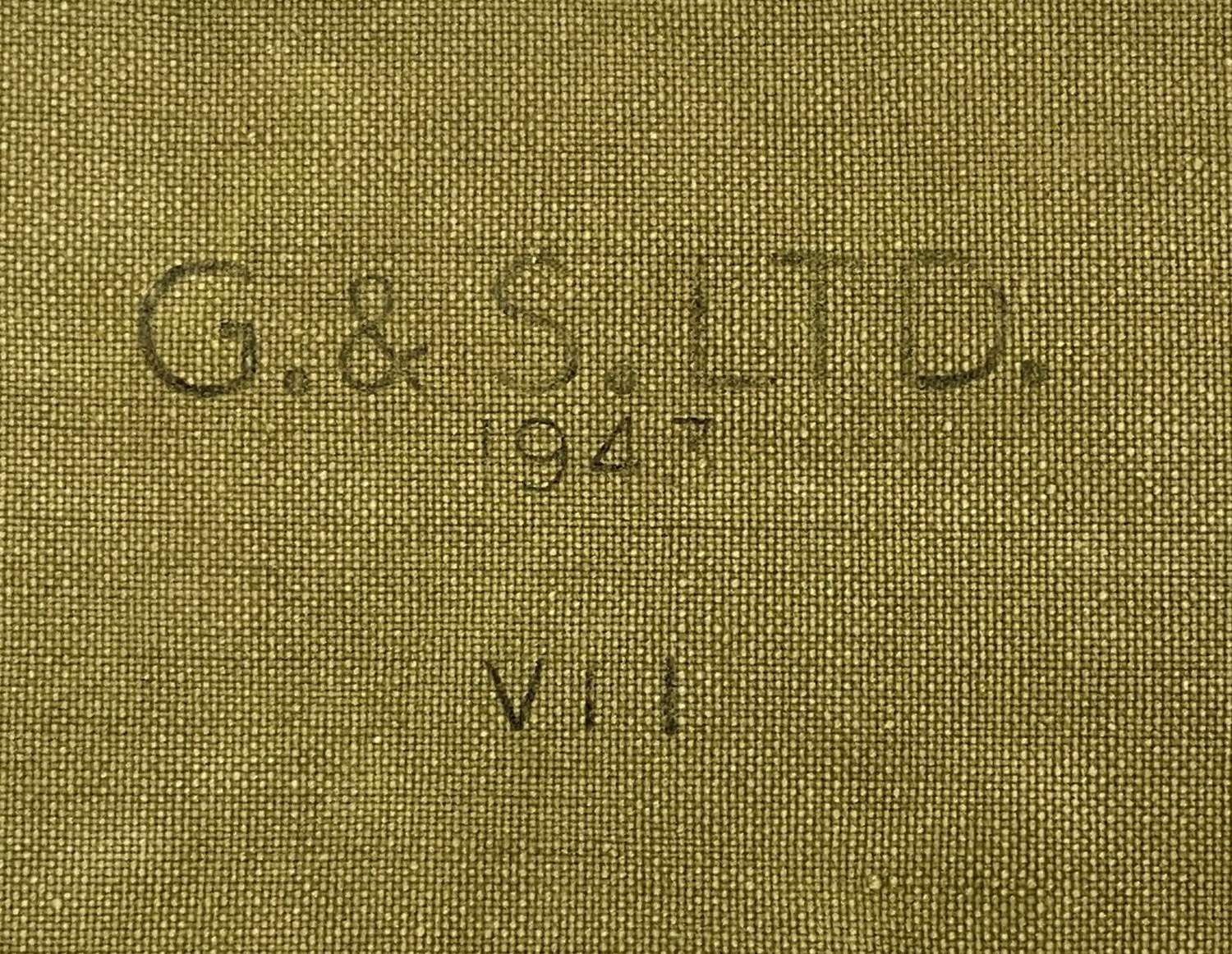 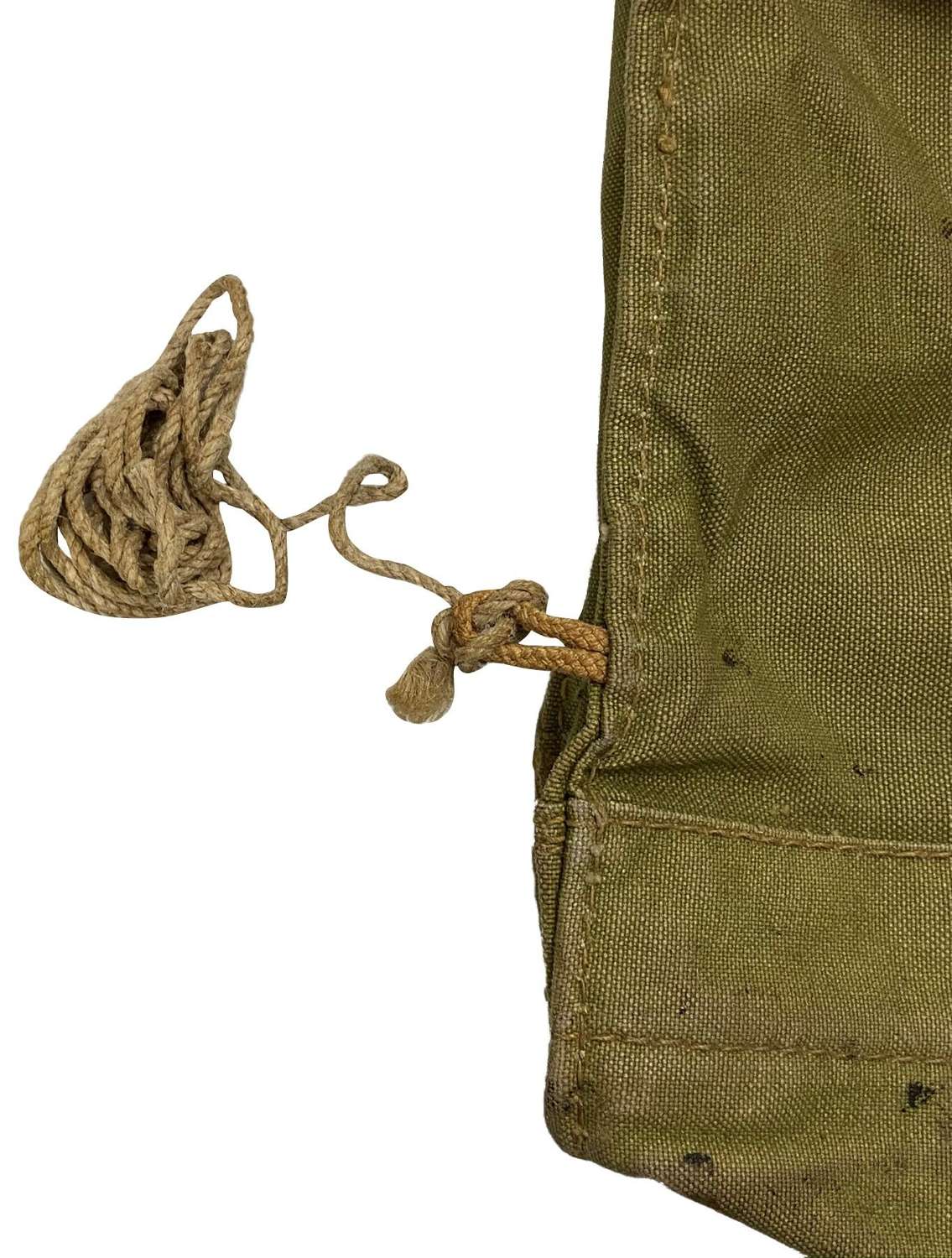