Whilst not officially part of the 1919 pattern equipment, these leggings were introduced shortly after the web equipment and are usually associated with the pattern. They are made from the standard webbing used in the first half of the 20th century and feature a tab and buckle to the top. The main body of the gaiter fastens with a lace.

There are no visible markings to the interior but they date from between the 1920s and the end of the Second World War approximately.

The leggings are in used condition with some staining and signs of age. Overall they display OK.

A nice original pair of this uncommon piece of British uniform. 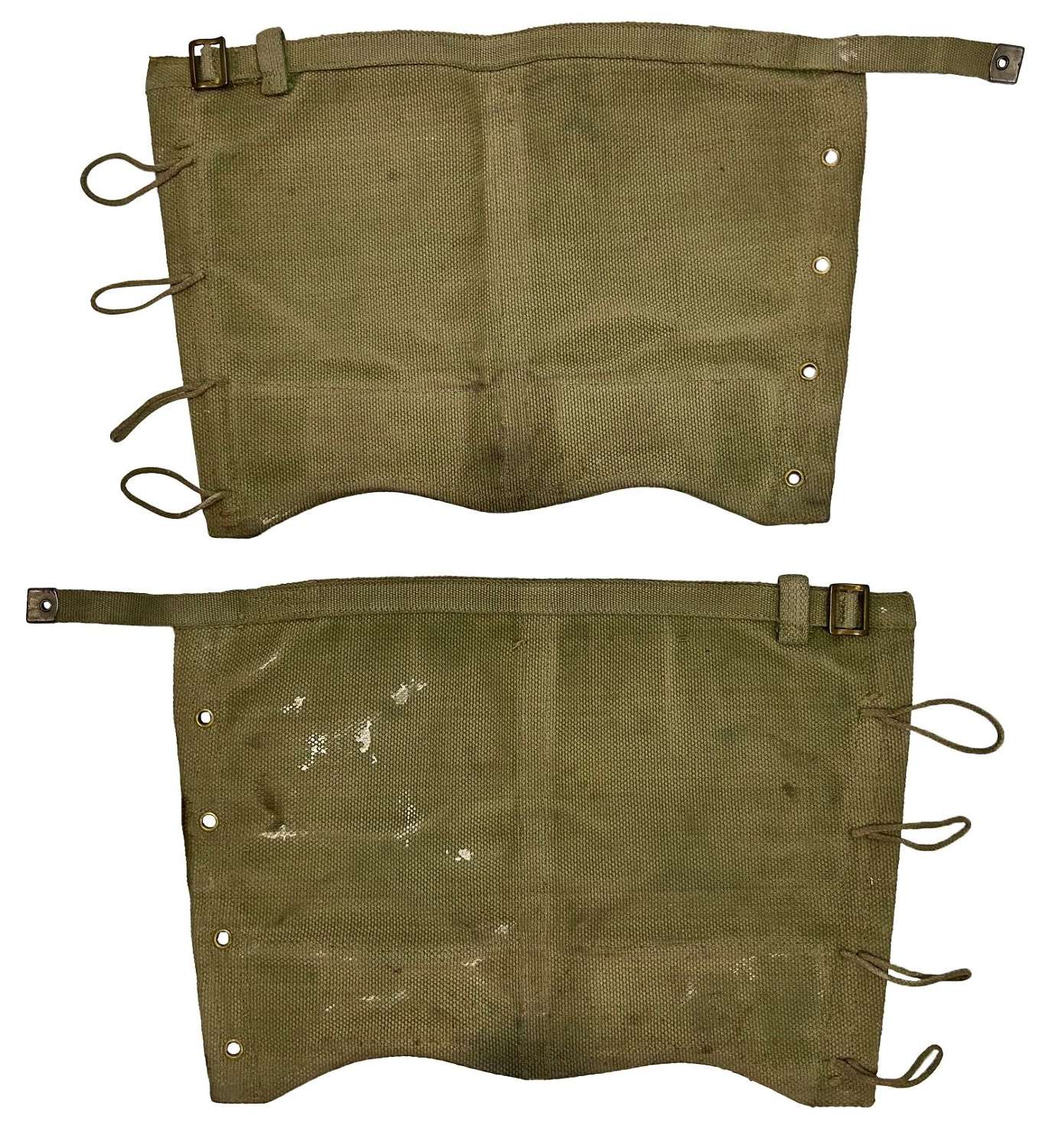 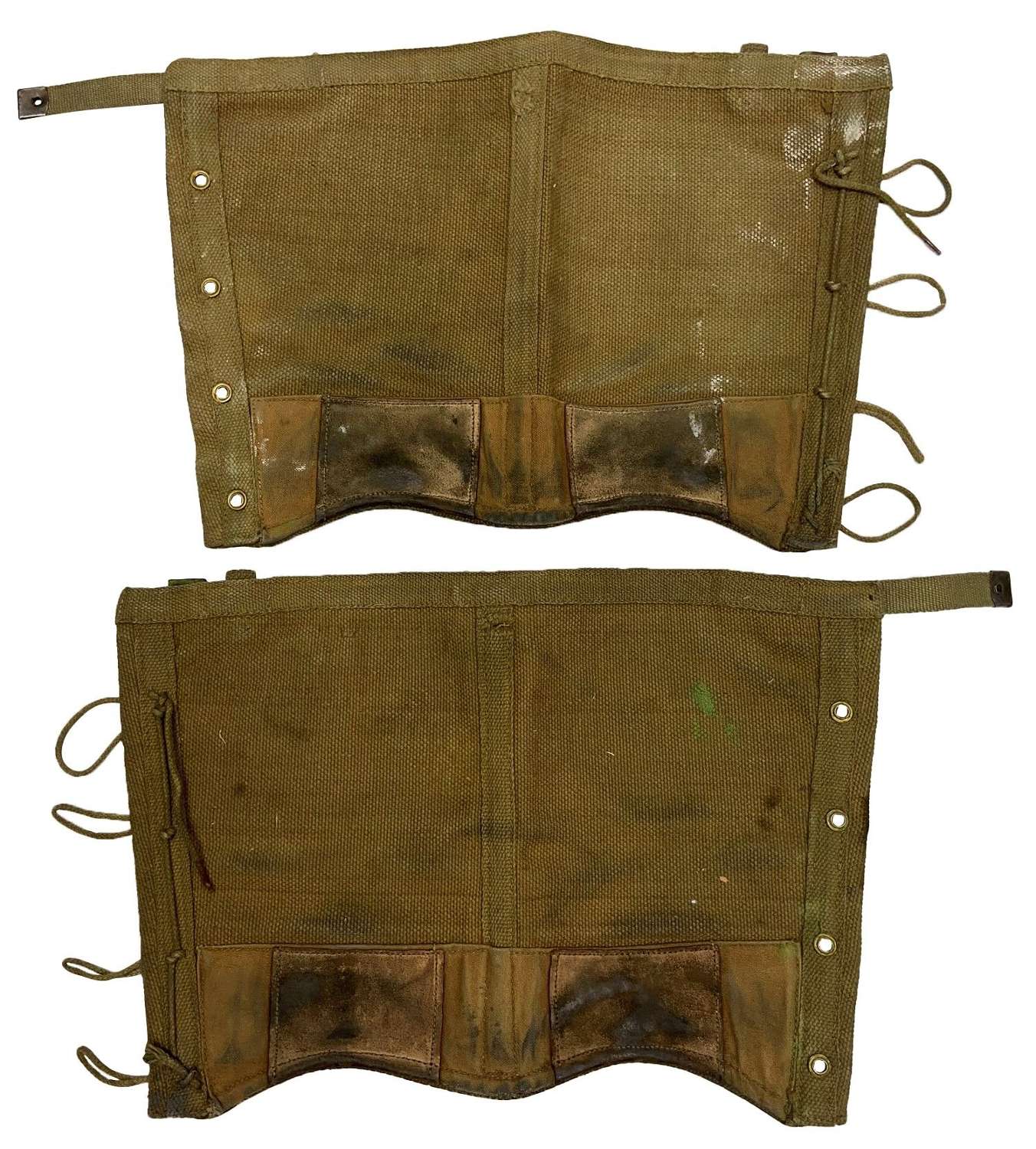