An original British Army Denim Battledress Blouse dated 1952 and in a size No. 8.

The jacket is made from the standard denim material and features pockets to the chest. It features olive green coloured revolving shank buttons which are held on with period split rings to the reverse whilst the waist fastens with a steel buckle. Epaulettes are usually located to the shoulders but have been removed from this example.

Inside the jacket the original label is still present and states the manufacturer as 'John Peck & Co Ltd'. The 1952 date is present as is the War Department broad arrow marking and various details relating to sizes. The jacket is designed to fit a 39-41" chest and a 35-36" waist. 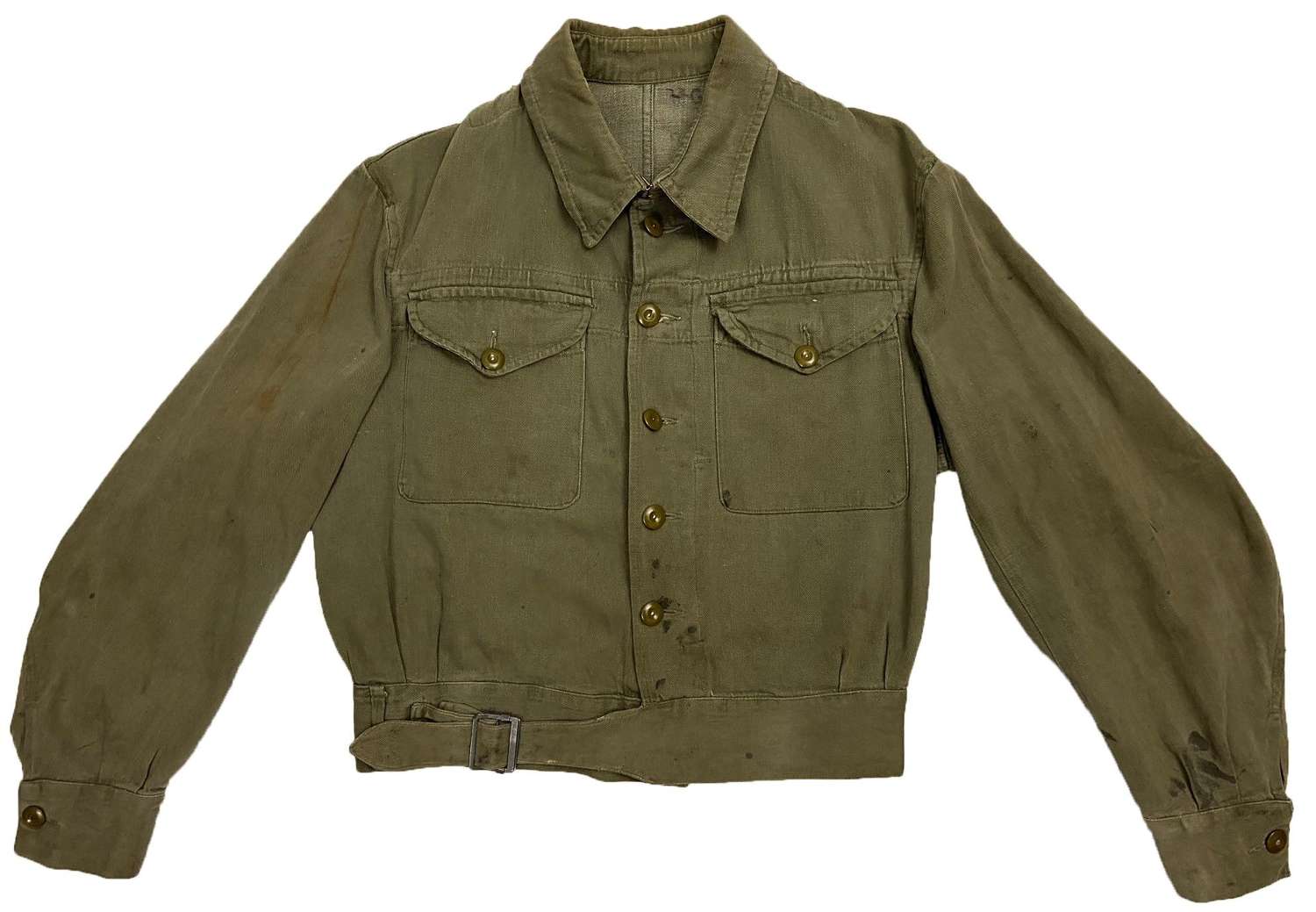 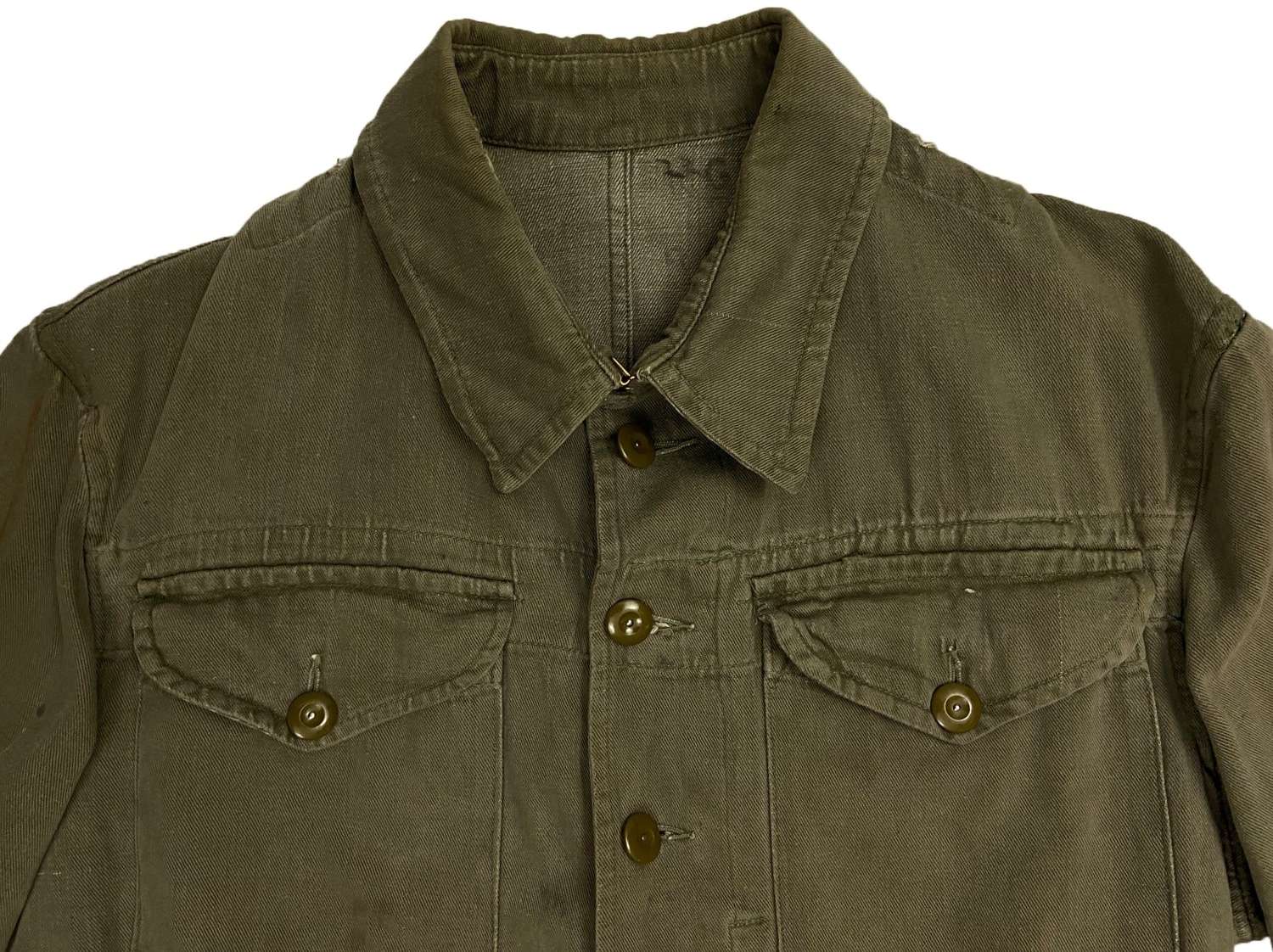 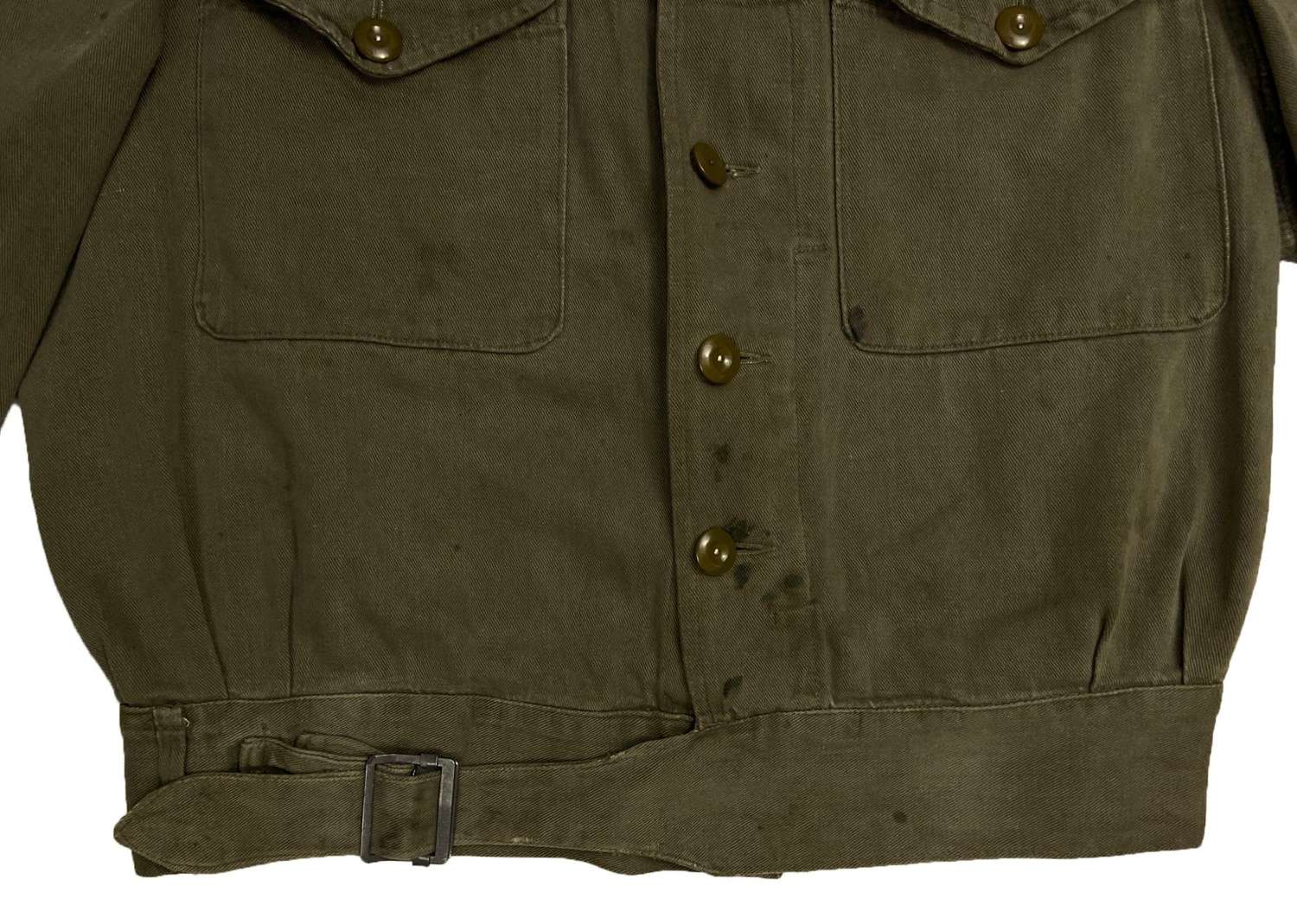 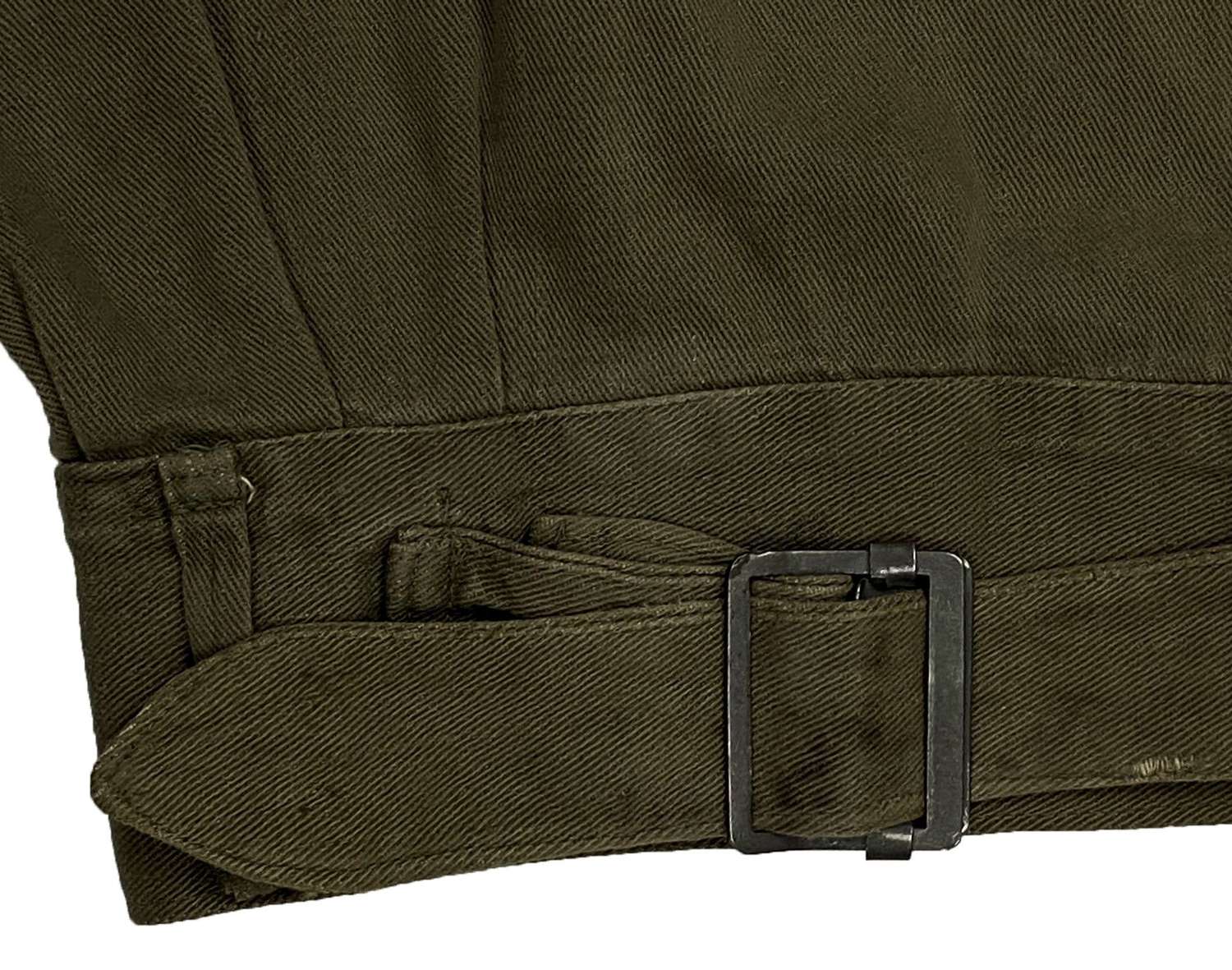 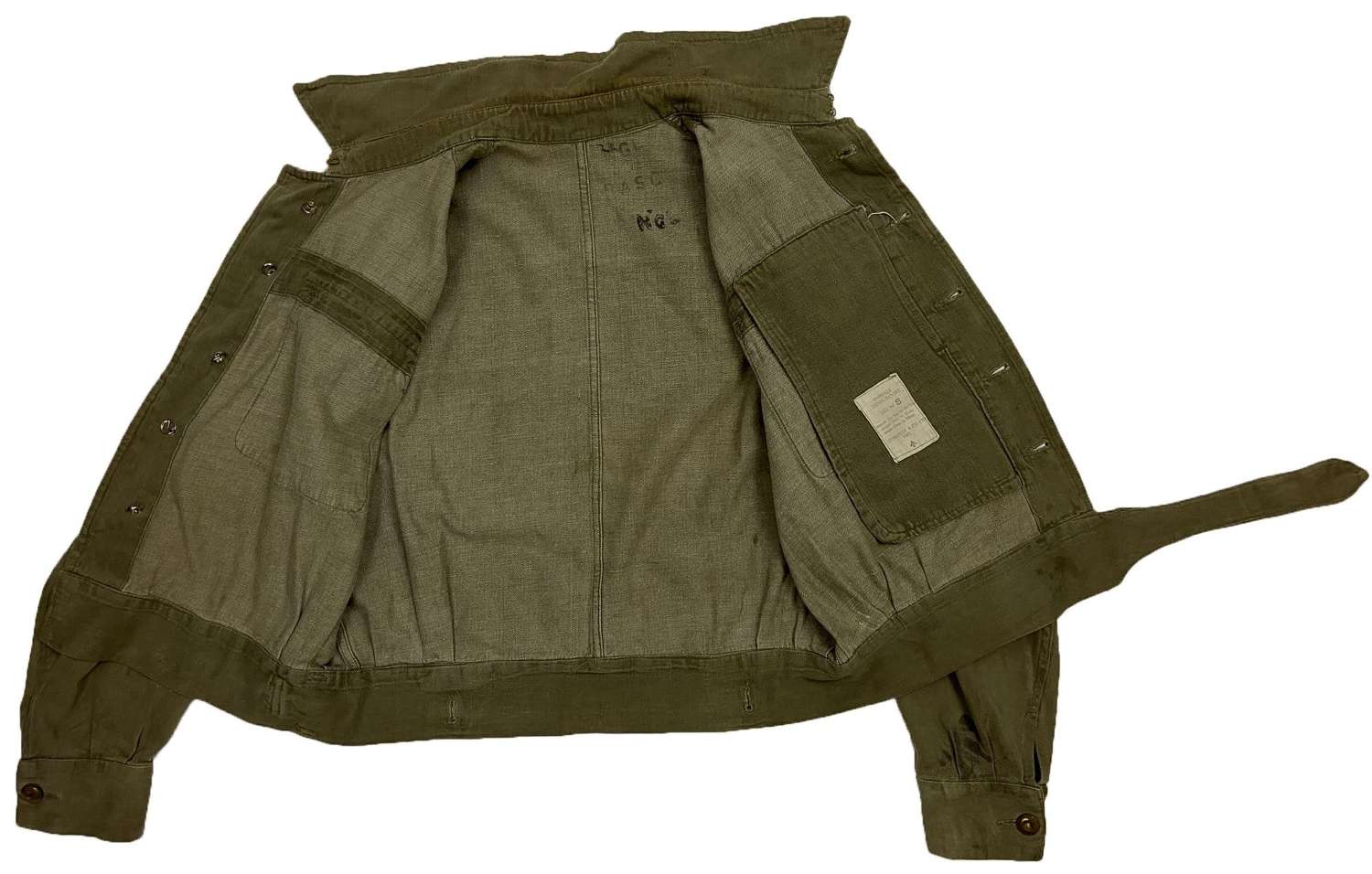 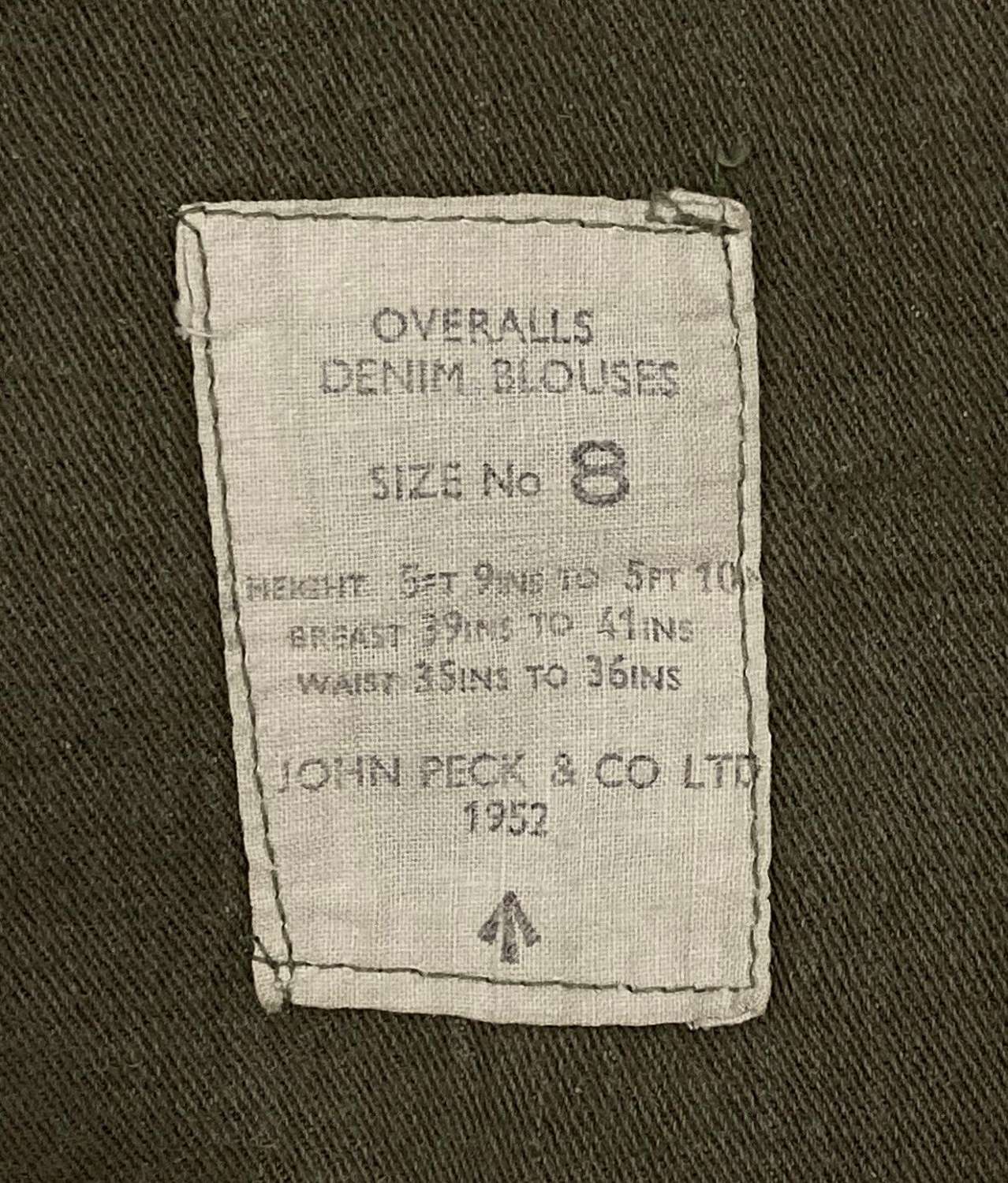 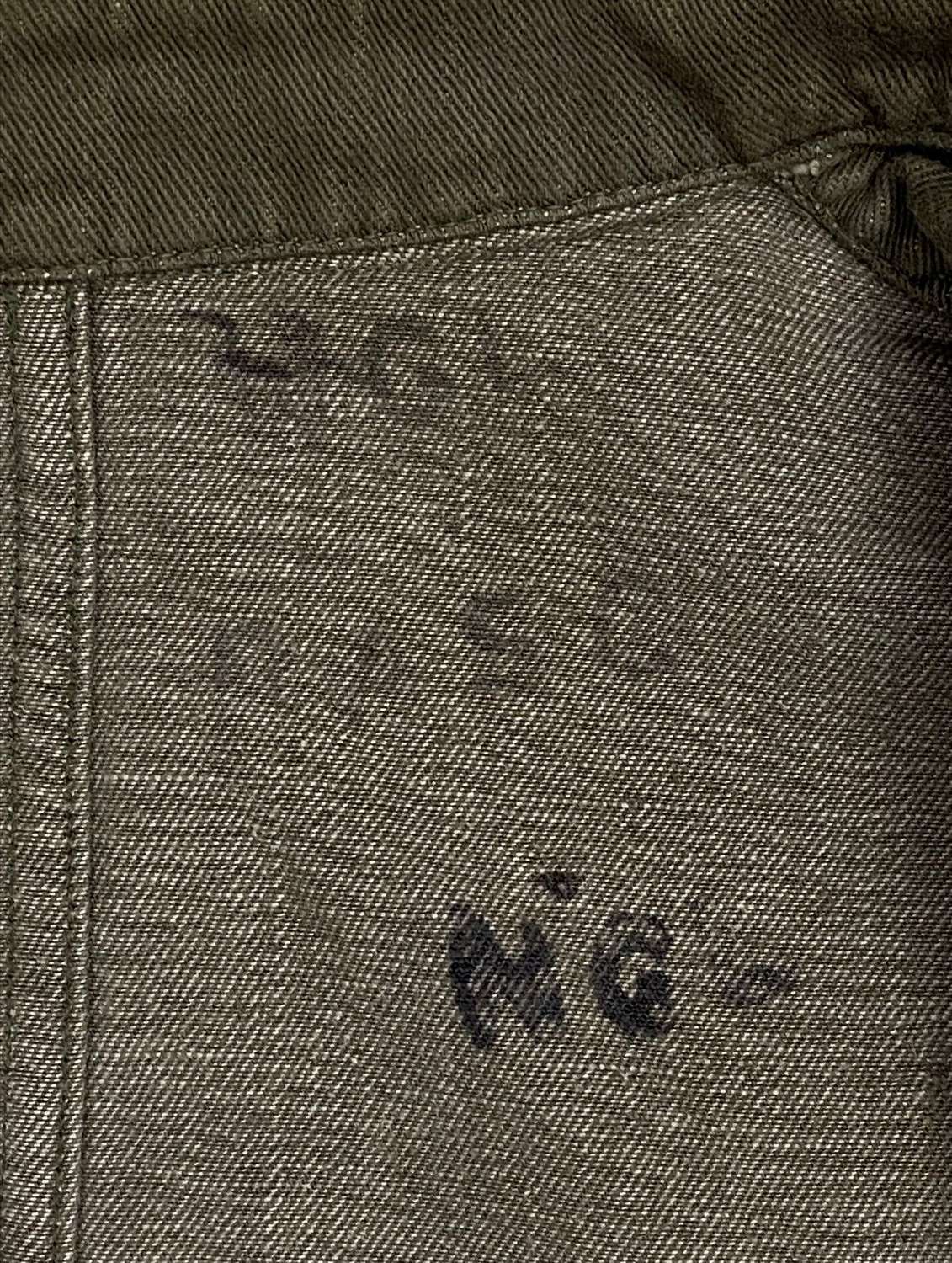 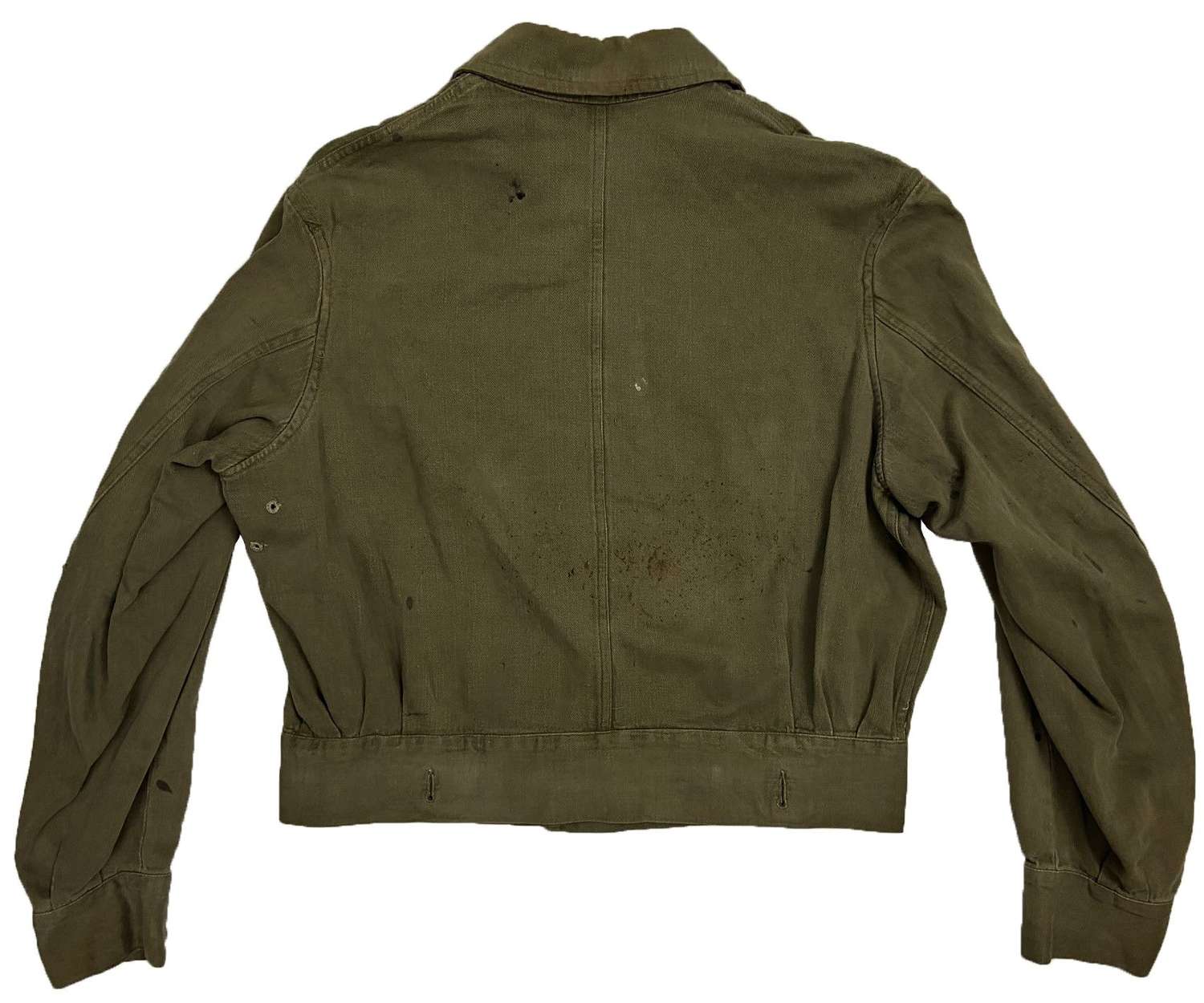