The jacket features a full set of butterscotch coloured revolving shank buttons which are all held in place with the correct brass split rings. At the waist a chrome plated buckle is fitted and is held in place with two green plastic buttons, the same sort as were used on later war battledress.

Inside the jacket the original label is present and reads 'Overalls Blouses Denim'. It states the maker as 'G. K. O'Conner & Co' of Belfast Below which is the 1945 date and the War Department broad arrow marking. The label states the size as No.5 but this has been over-stamped as with 4 suggesting that the jacket was incorrectly labeled. 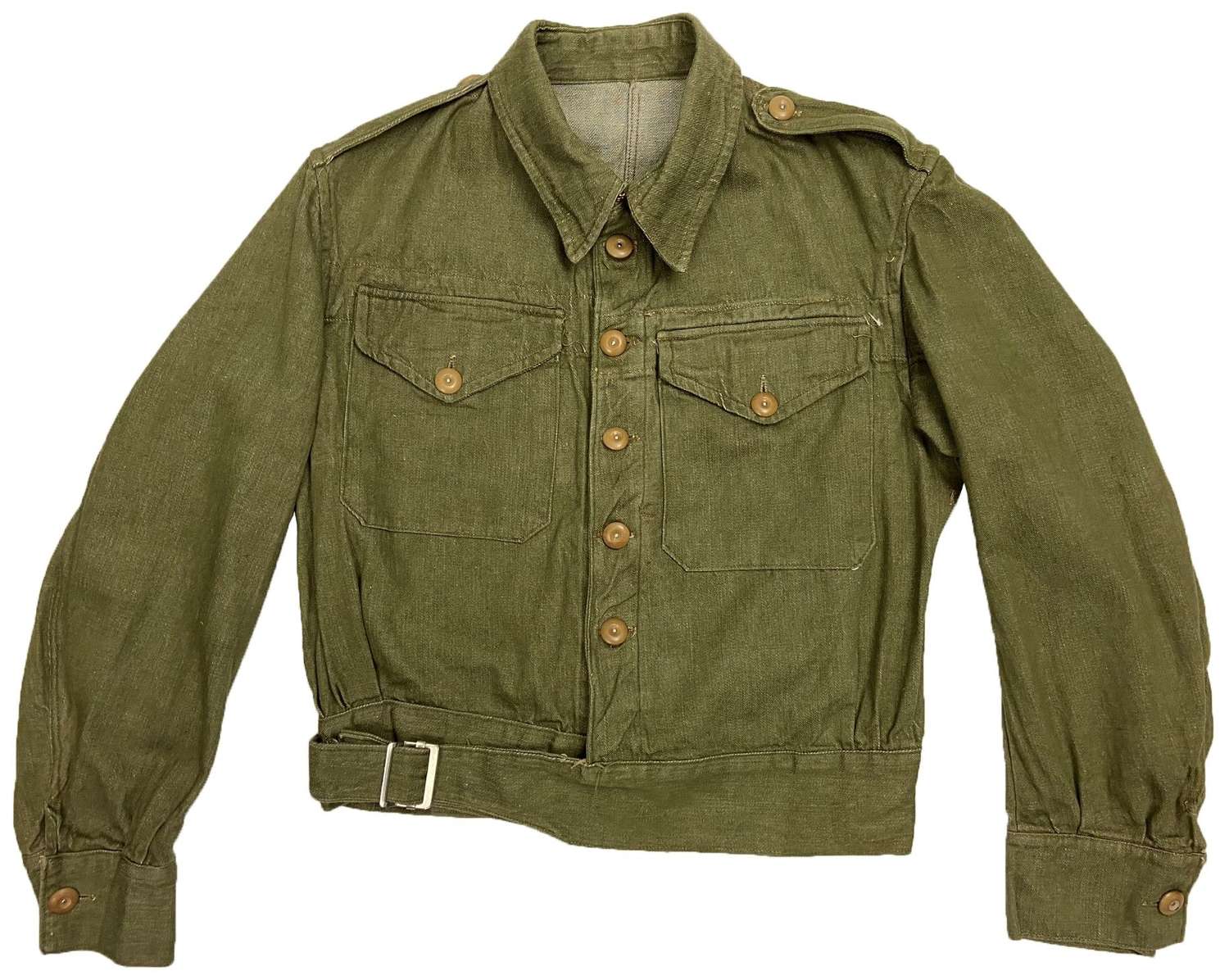 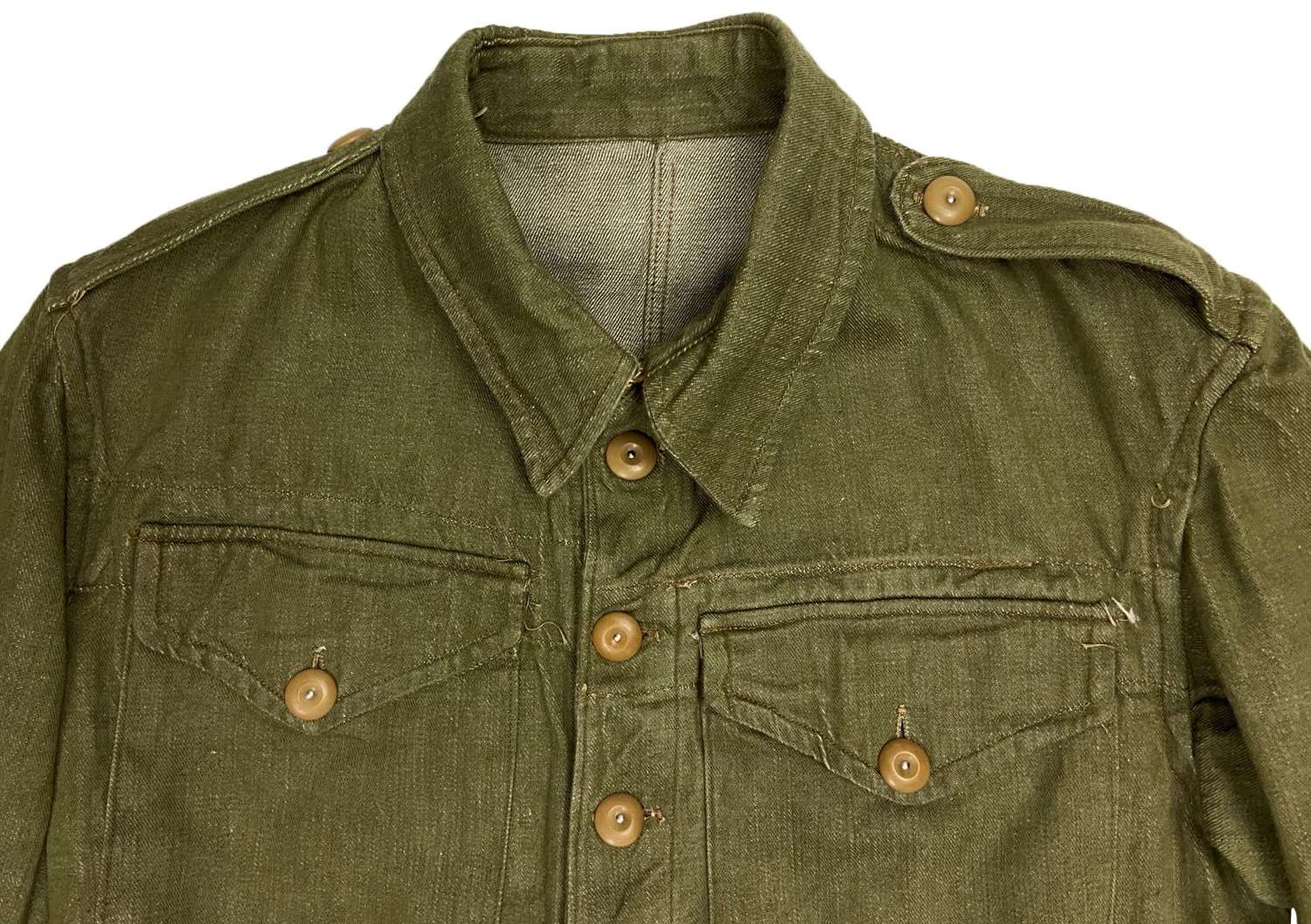 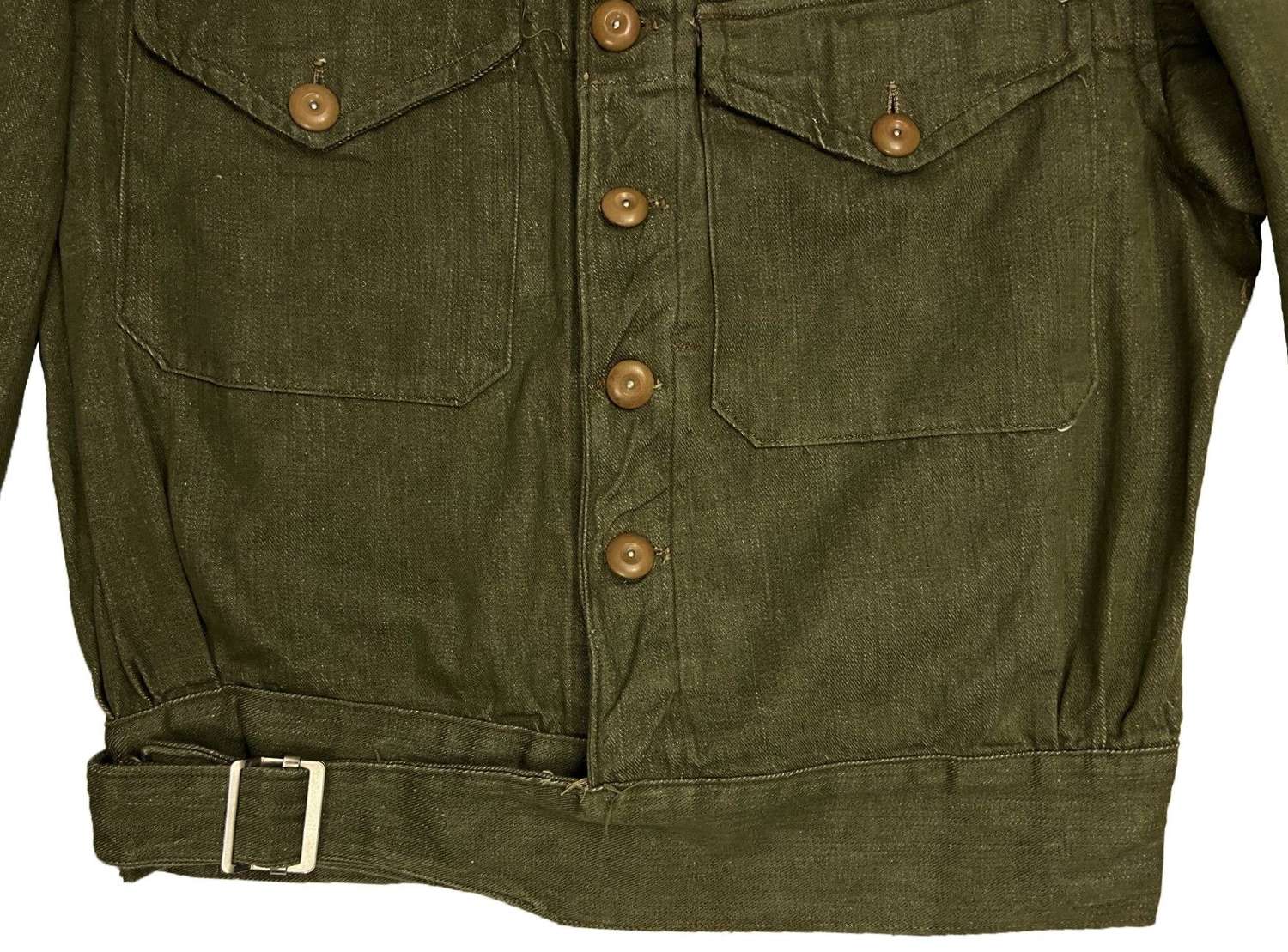 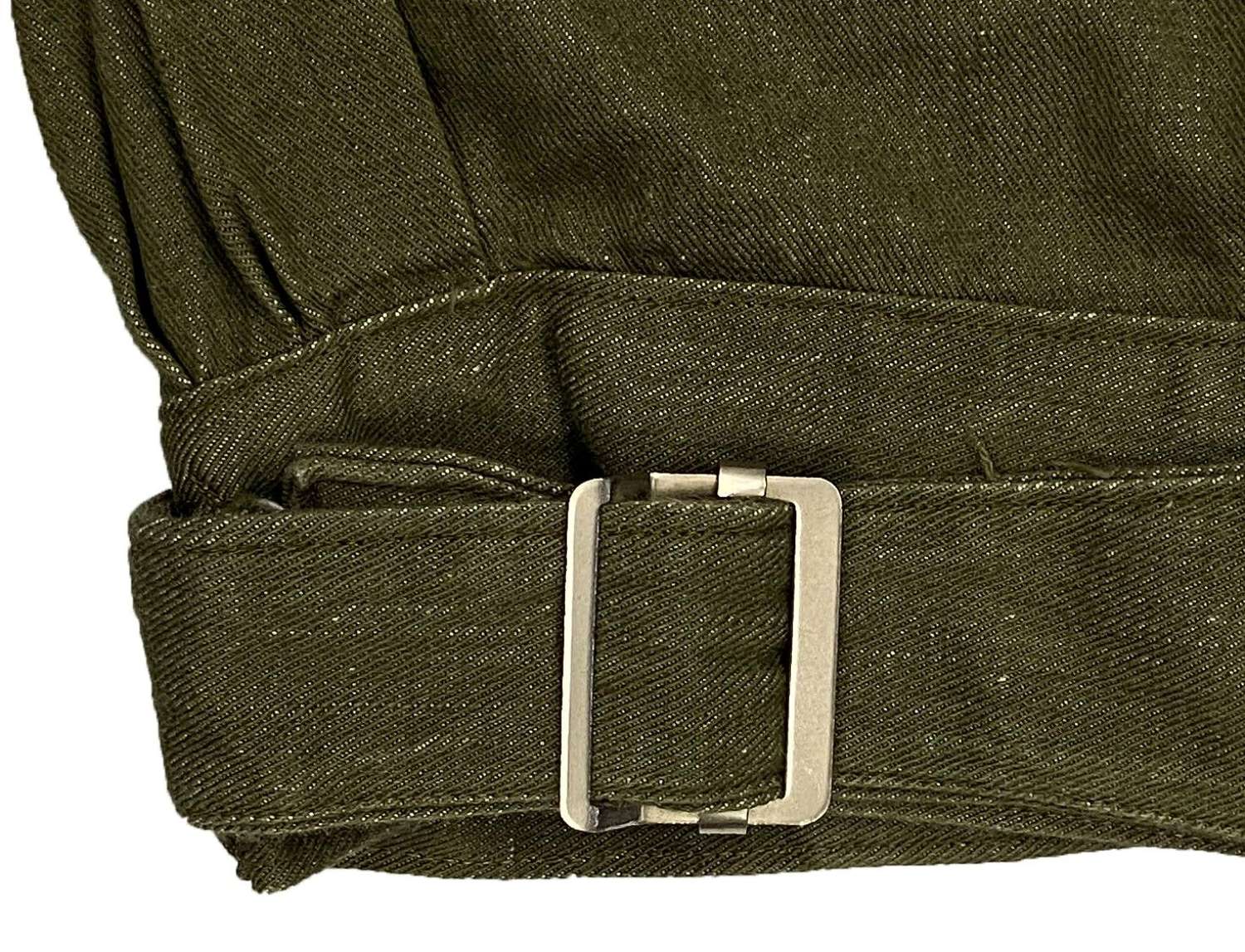 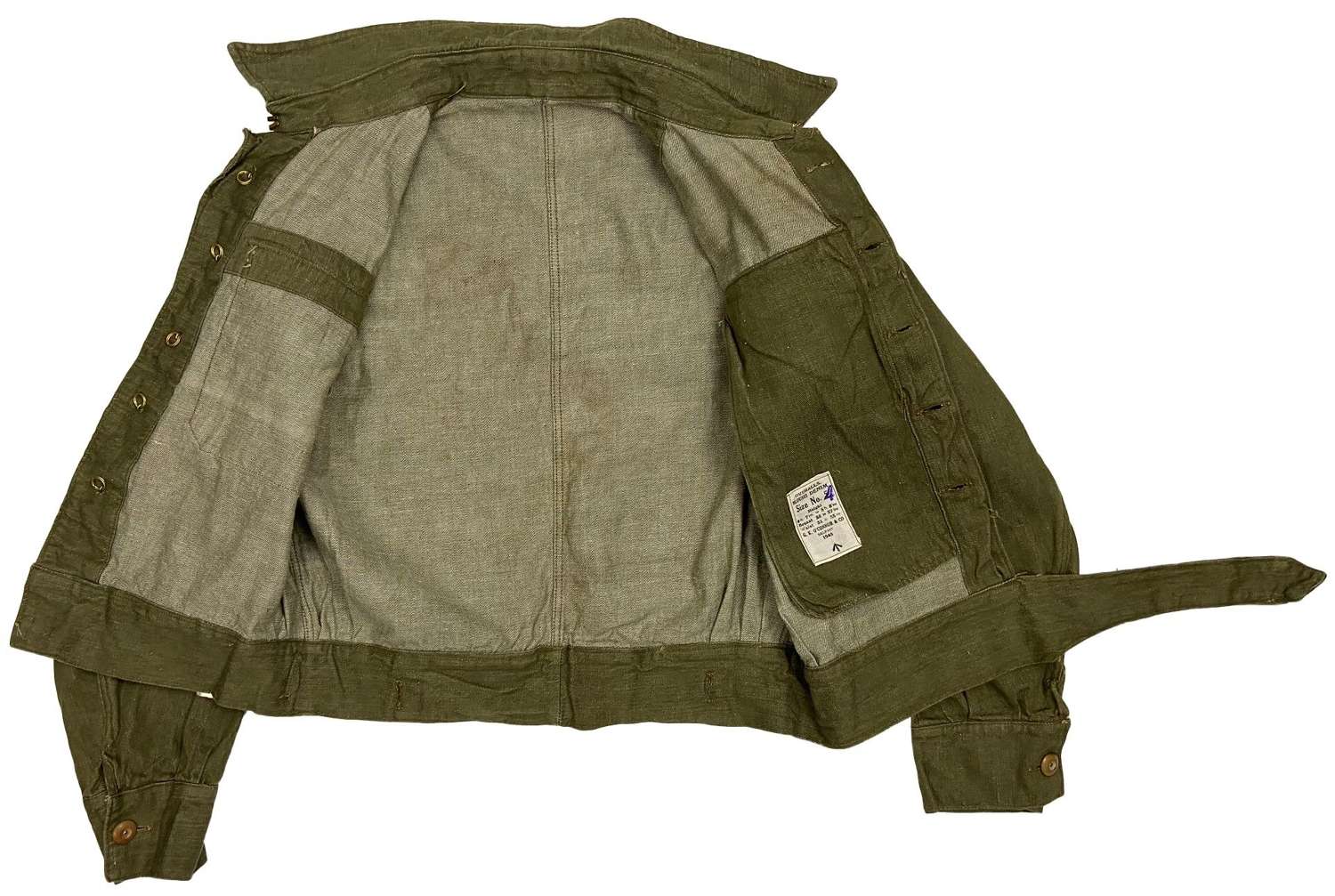 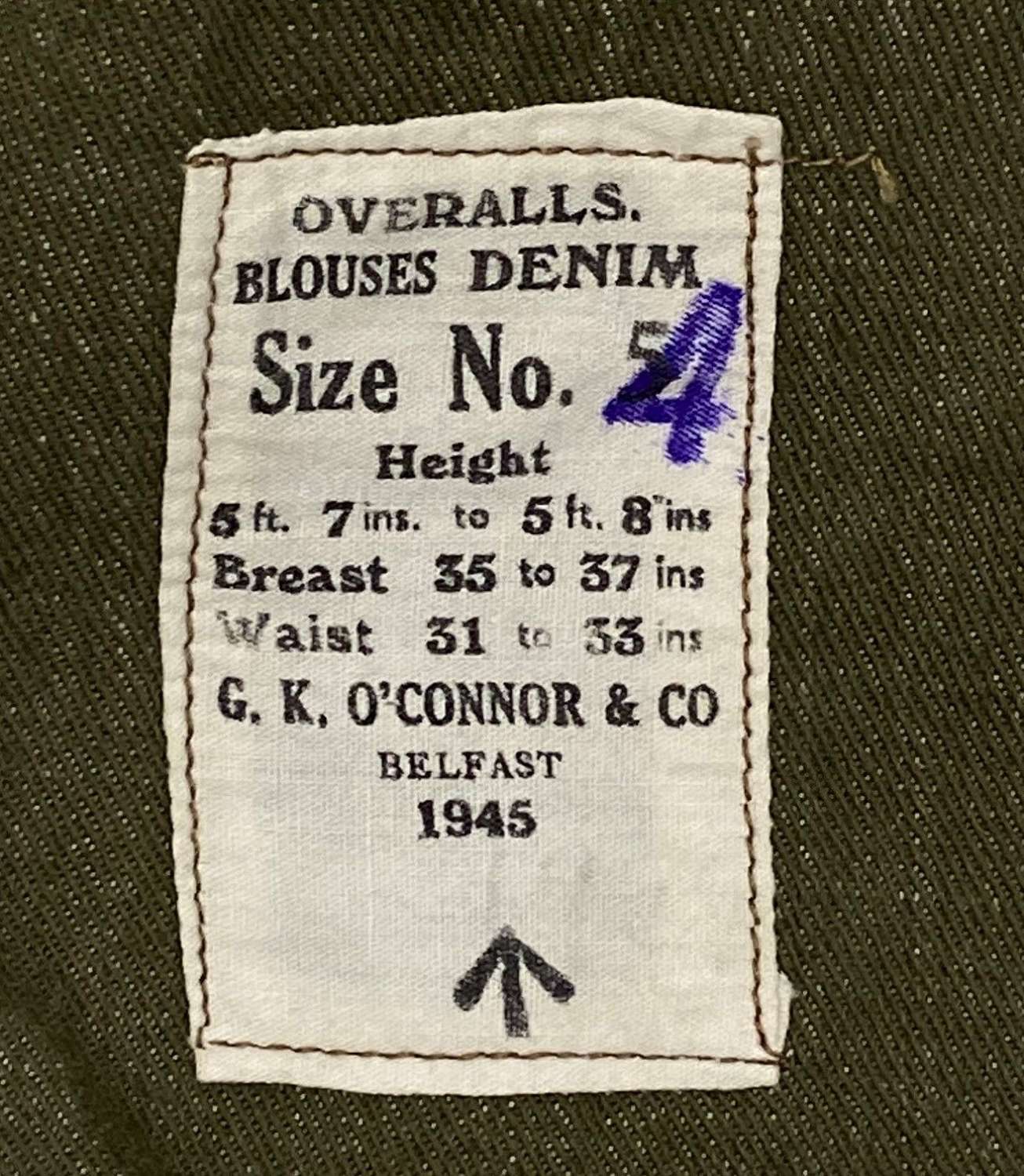 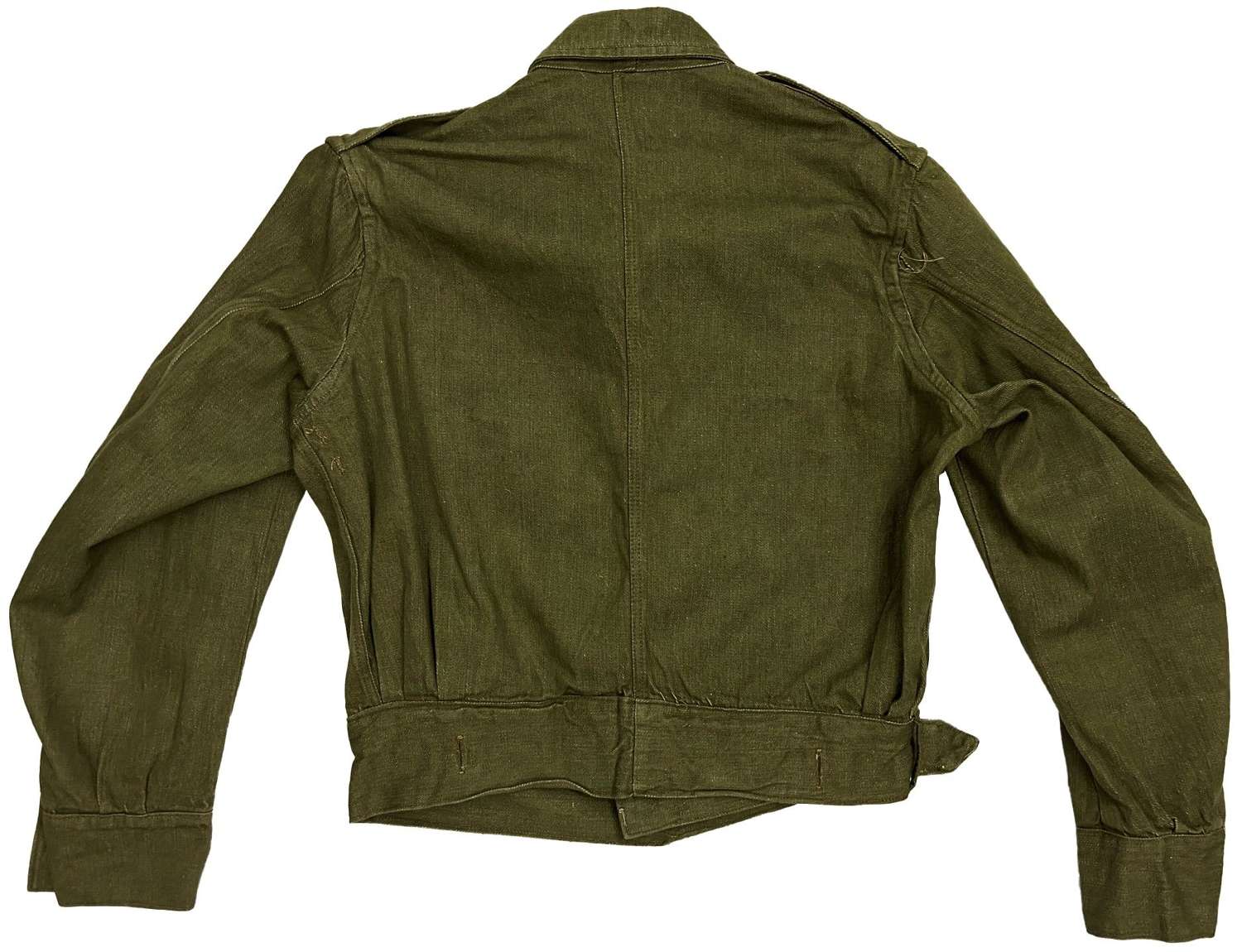