This pattern of sun glasses closely resemble the pattern worn during the Second World War with their grey/green tinted lenses and plated steel frames. However they have an extra strengthening bar across the bridge which is the main noticeable difference. They feature the classic 'aviator' style lenses which have become stable design for eyewear today.

The glasses are stamped inside the metal frames with the makers name 'Algha' as well as 'MARK 14' and the RAF stores code '22C/4466615'. The War Department broad arrow is also marked to the bridge.

The condition of the sunglasses is good with some signs of wear and age. The lenses are still good making them very wearable. Please study the pictures and bear in mind that these are a pre-owned pair of vintage spectacles.

The glasses come complete with their original hard case which states the 22C contract number, the size (medium) and bears the War Department broad arrow marking. It is in good condition and displays well.

A nice original pair of vintage RAF sunglasses which would make a good addition to a Jet-age collection. 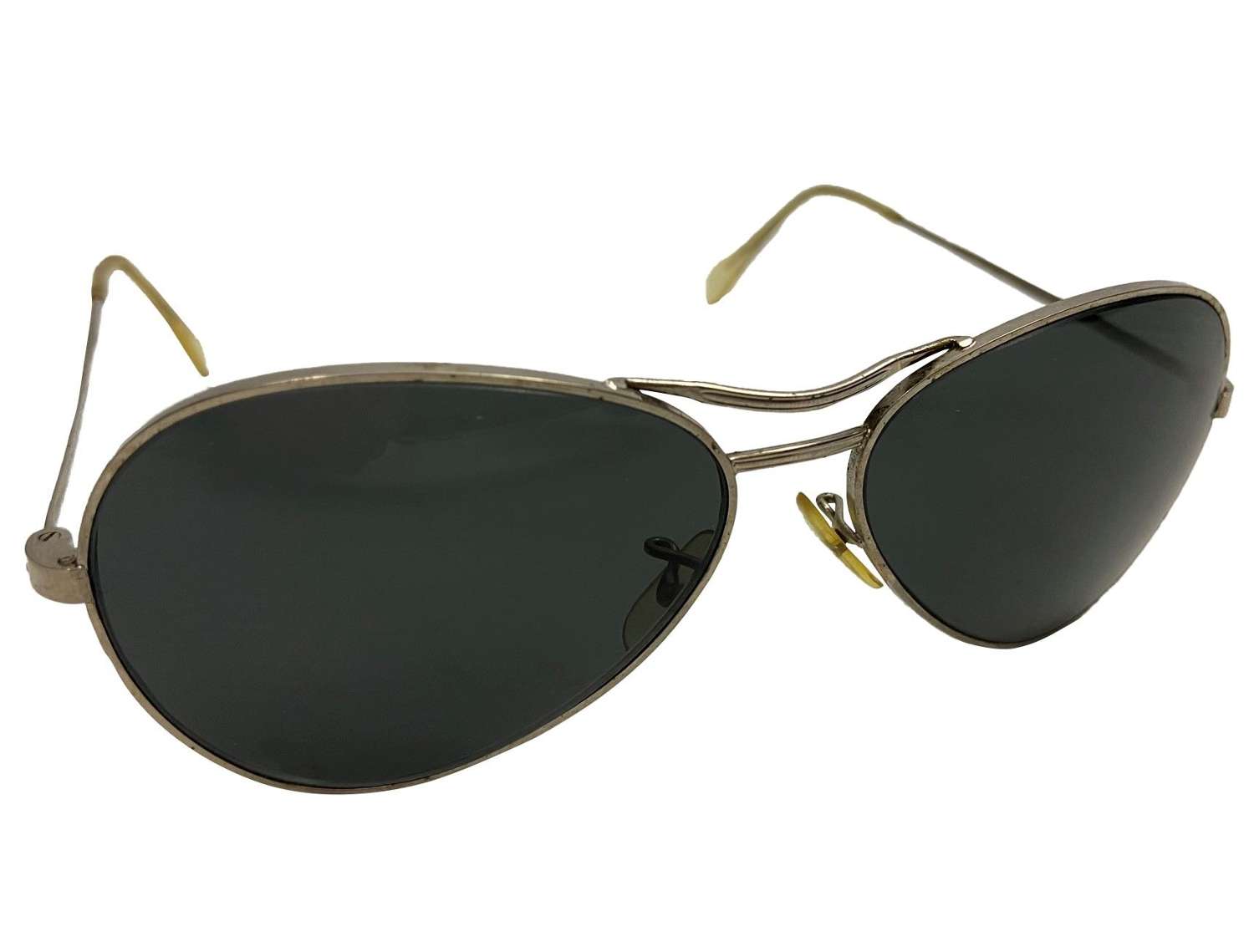 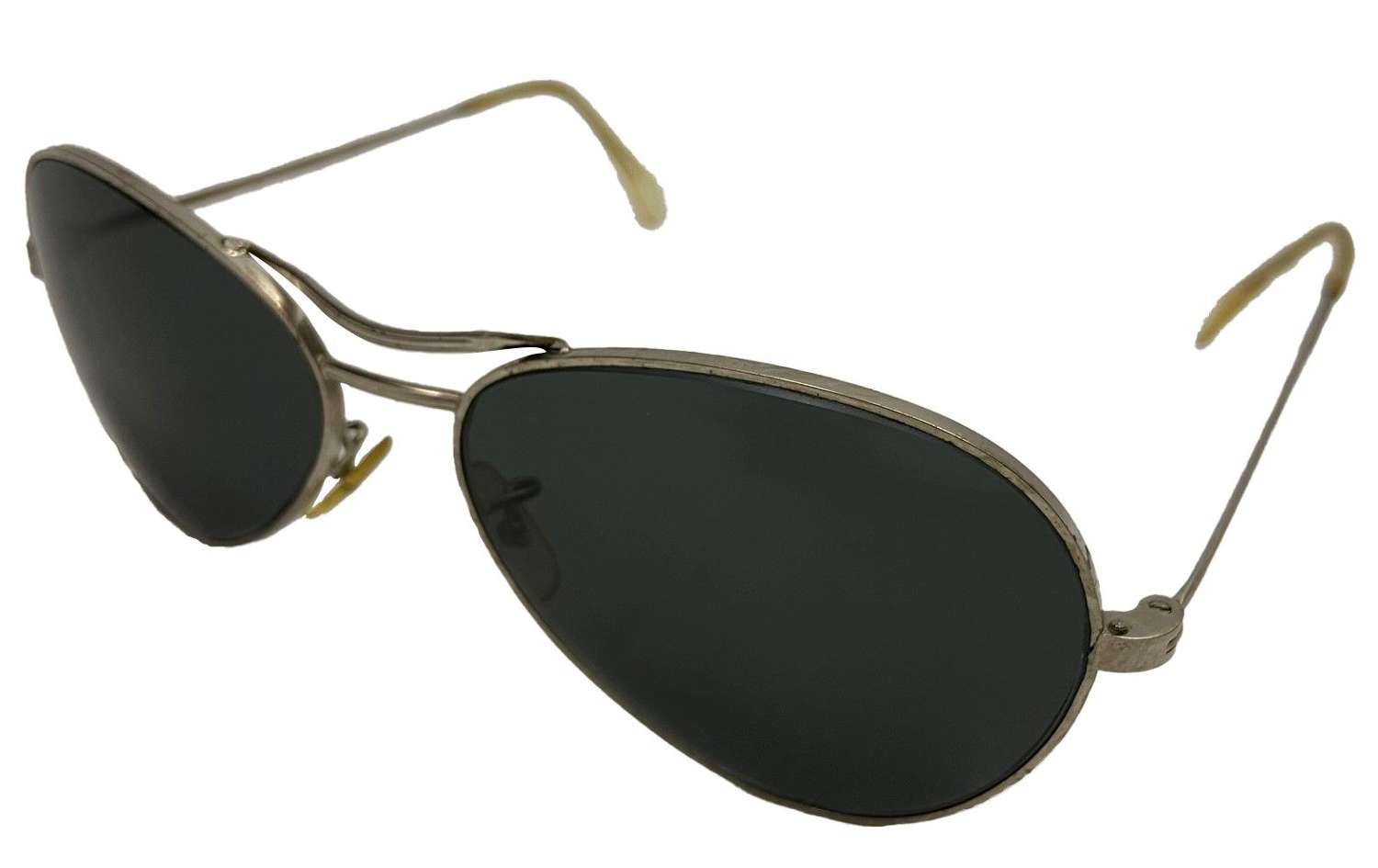 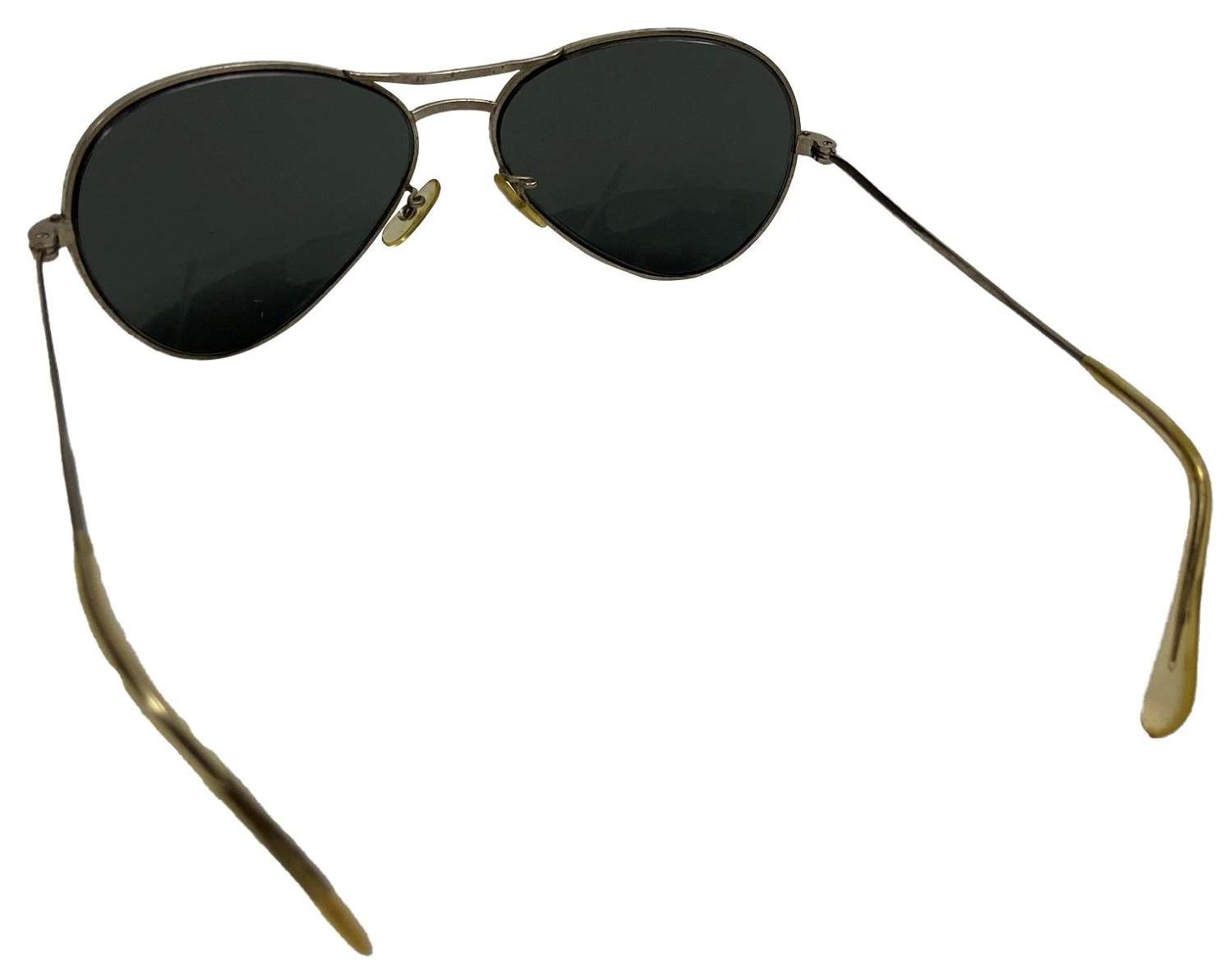 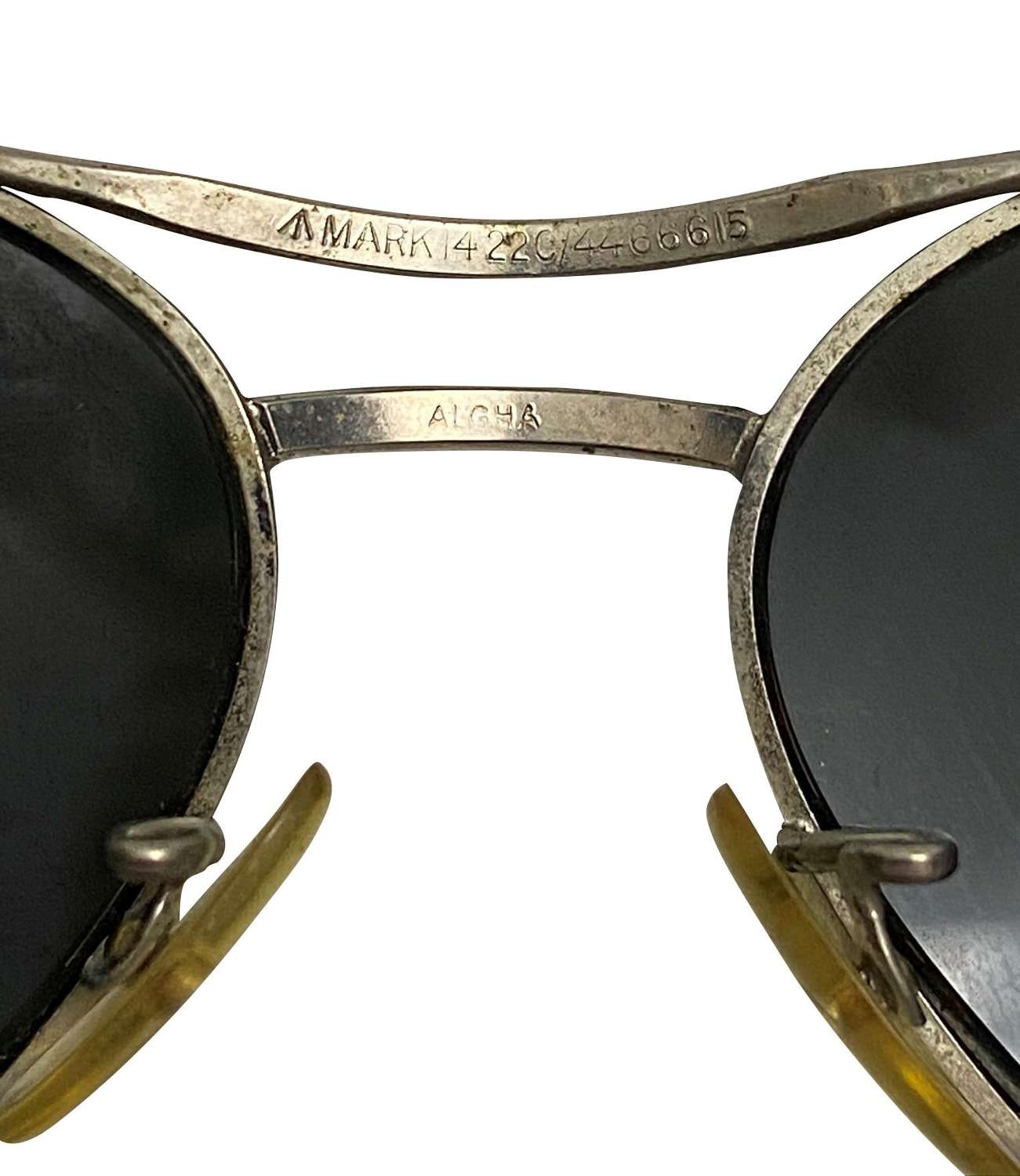 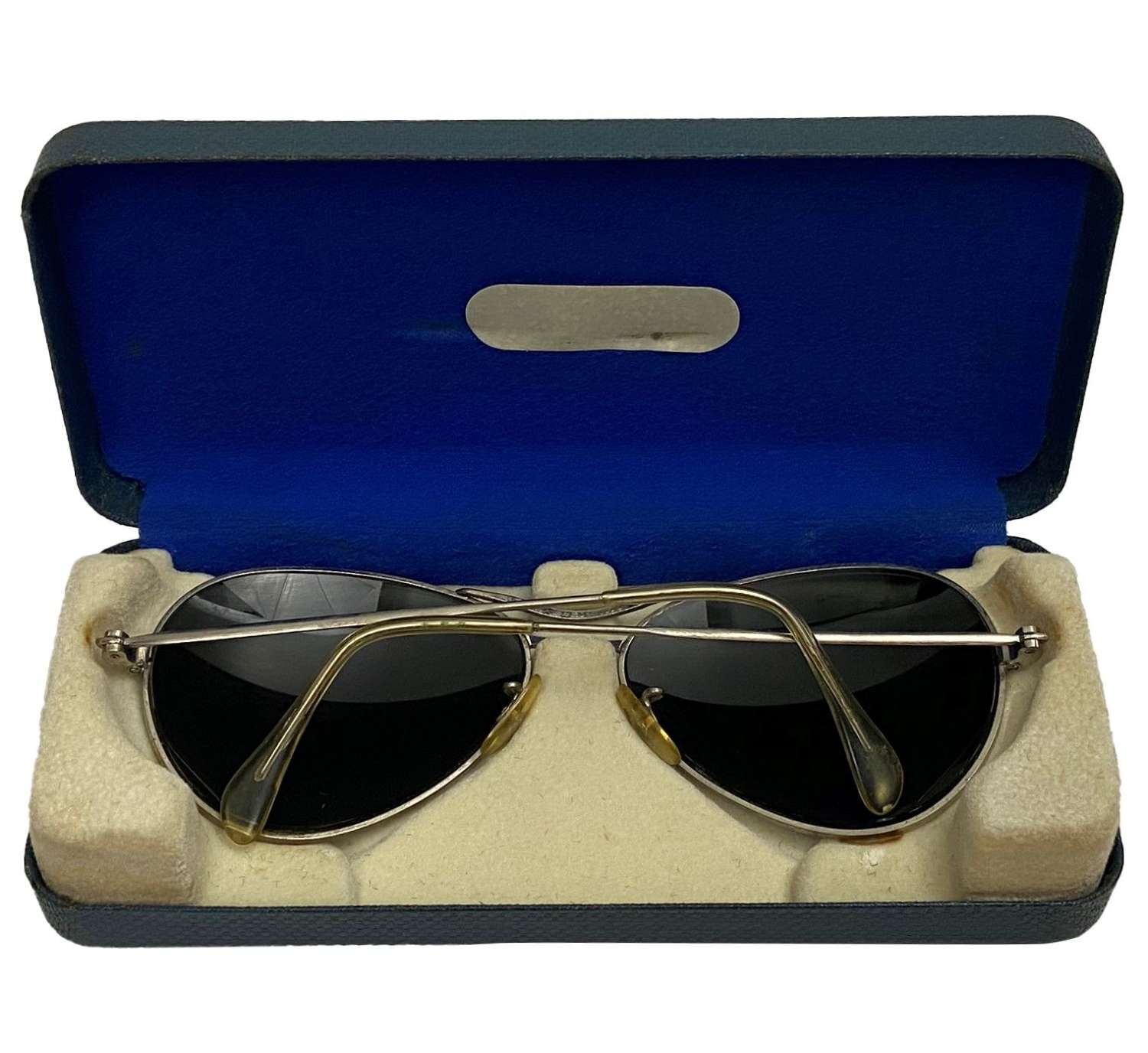 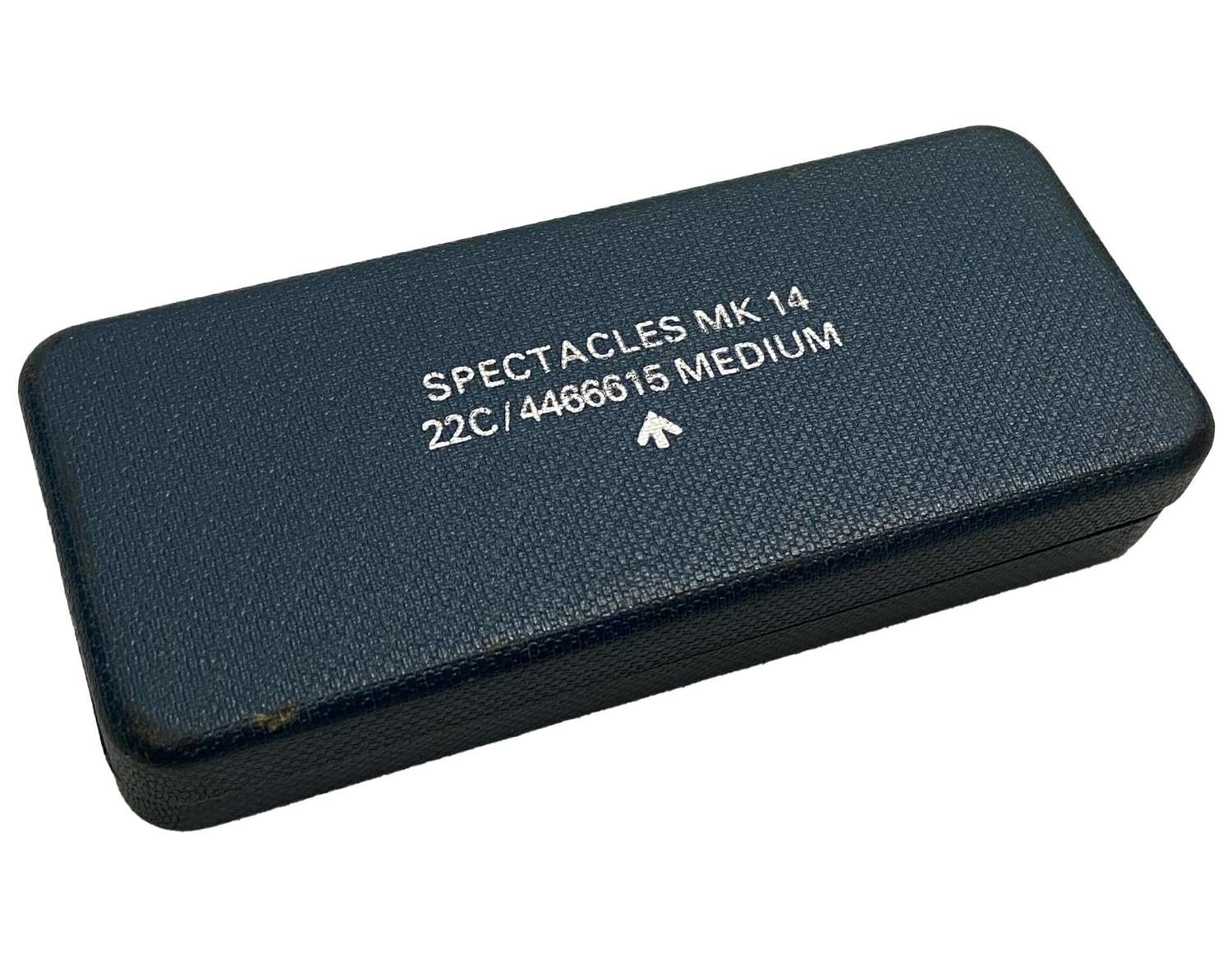