An original British Army Officers Collarless Shirt made by 'Chas. C. Whitelock' of Leeds in the early 1950s.

This shirt is typical of those made in the early 1950s for men serving in the British Army. It features a full button front whilst still retaining the looks of a half placket shirt. This design was first seen in the late 1940s and was dropped in the mid to late 1950s. The shirt is made from a super lightweight green coloured poplin cotton which was favoured for its weight and comfort. The front of the shirt bears pleated patch pockets which feature large pocket flaps. Loops are fitted to the shoulders to which epaulettes can be fitted and the collar is a neckband style. Originally this shirt would have been supplied with matching starched collars which would be attached to the neckband although it can of course be worn without one.

Inside the shirt the original tailors label is still present and states the makers name as 'Chas. C. Whitlock' and the address as 91 Albion Street. The original owner's name has been added in ink which appears to read 'A. R. R. Oliver'.

The shirt is cut generously across the chest like most British shirts from this period. When laid flat it measures -

The shirt is in good condition and displays well. There are some signs of wear and a mark to the rear tail of the shirt, although this would not be seen when worn. One of the shoulders is missing its epaulette button but this is only an issue if you plan on refitting epaulettes. Overall it is very wearable but please study the pictures before purchasing.

A nice original British military shirt made from a great fabric and with some lovely details. 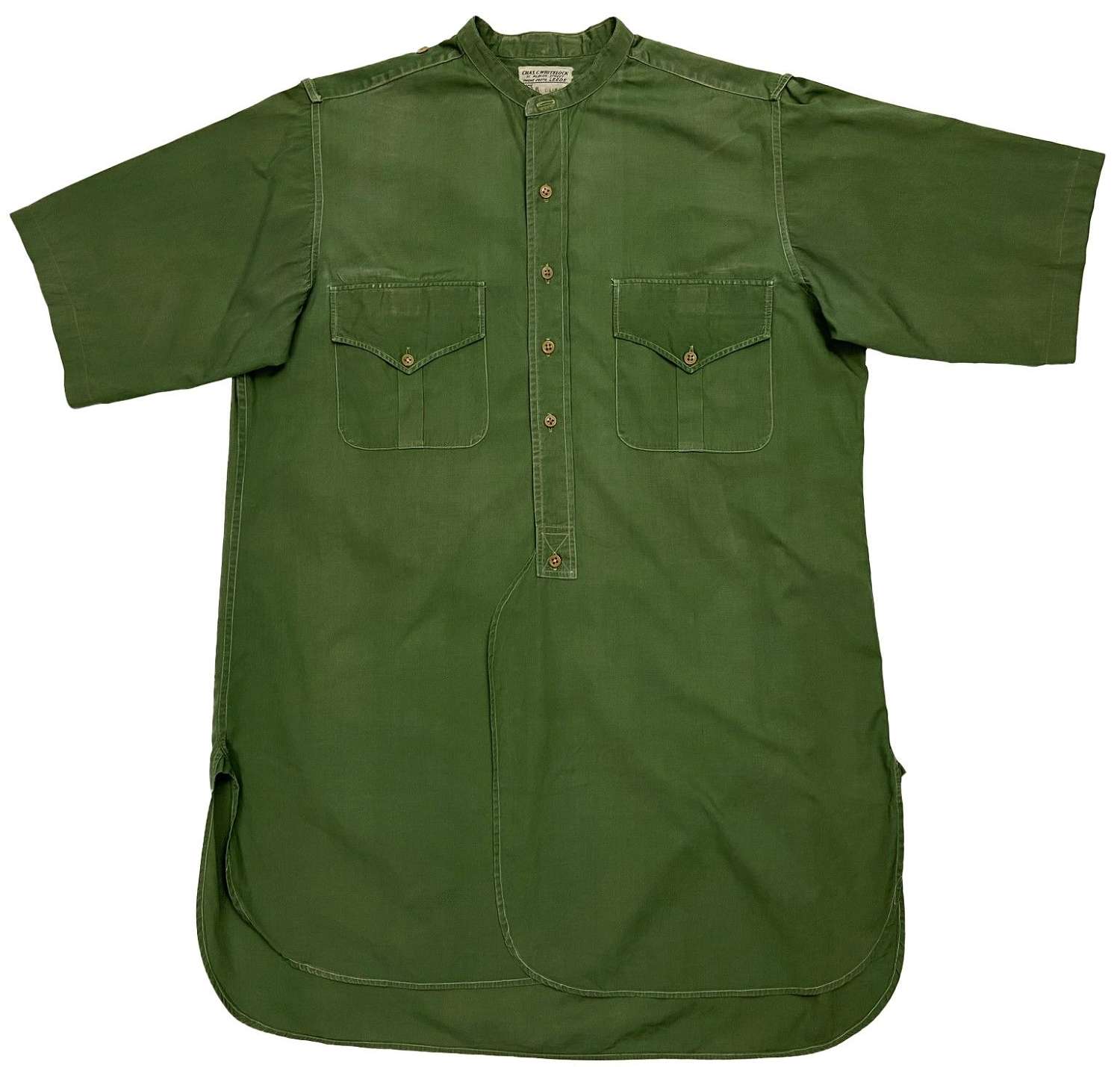 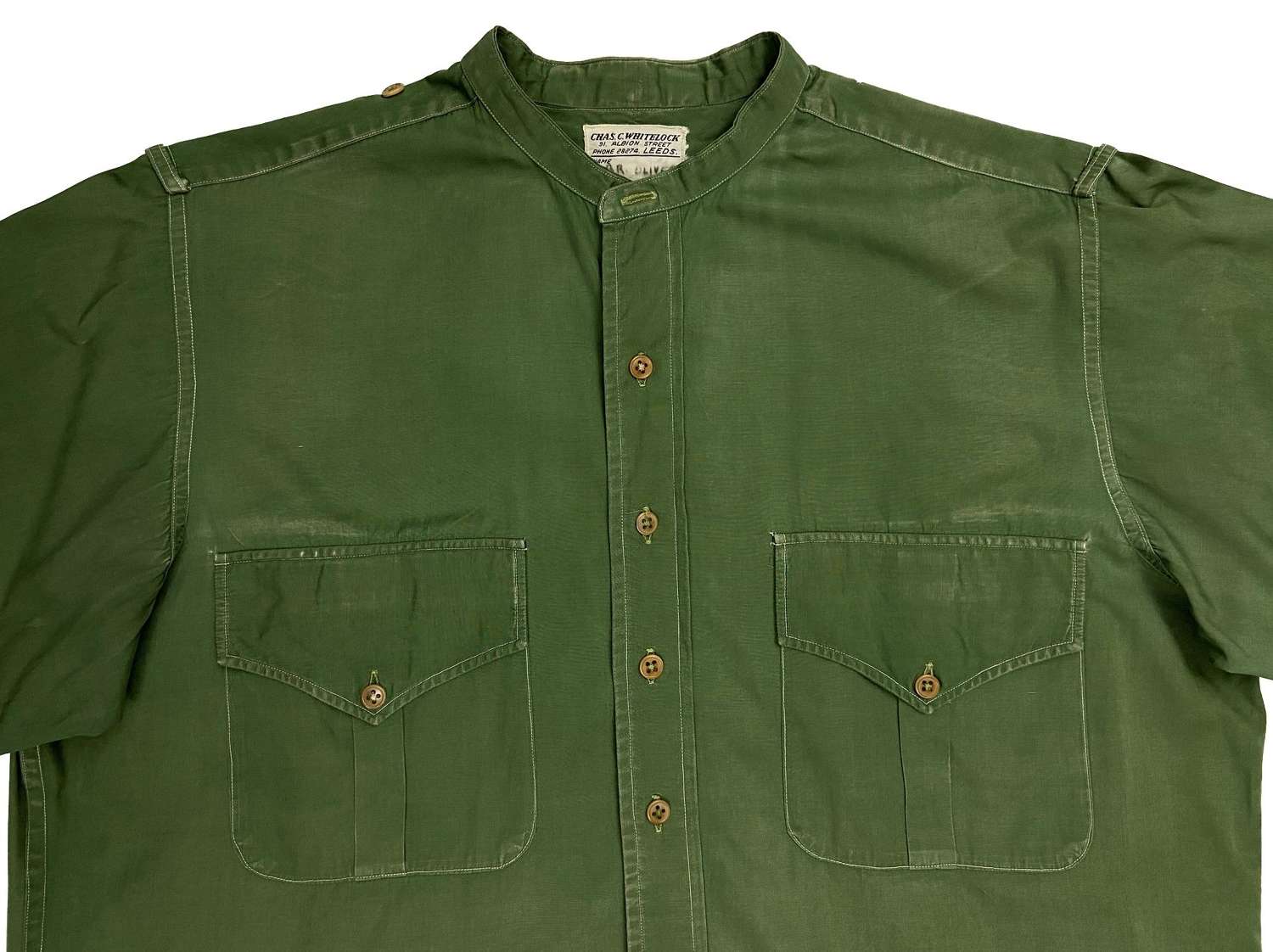 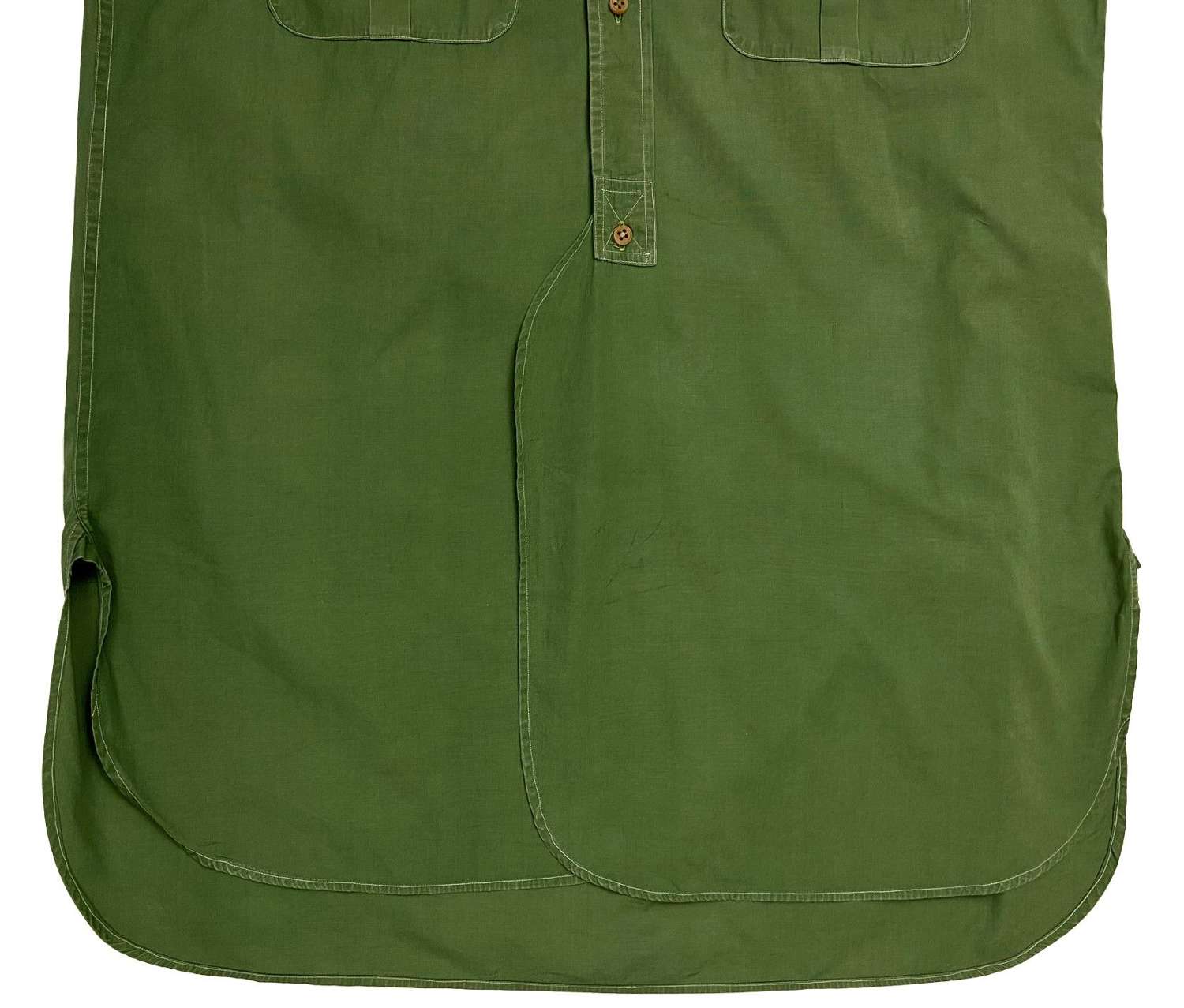 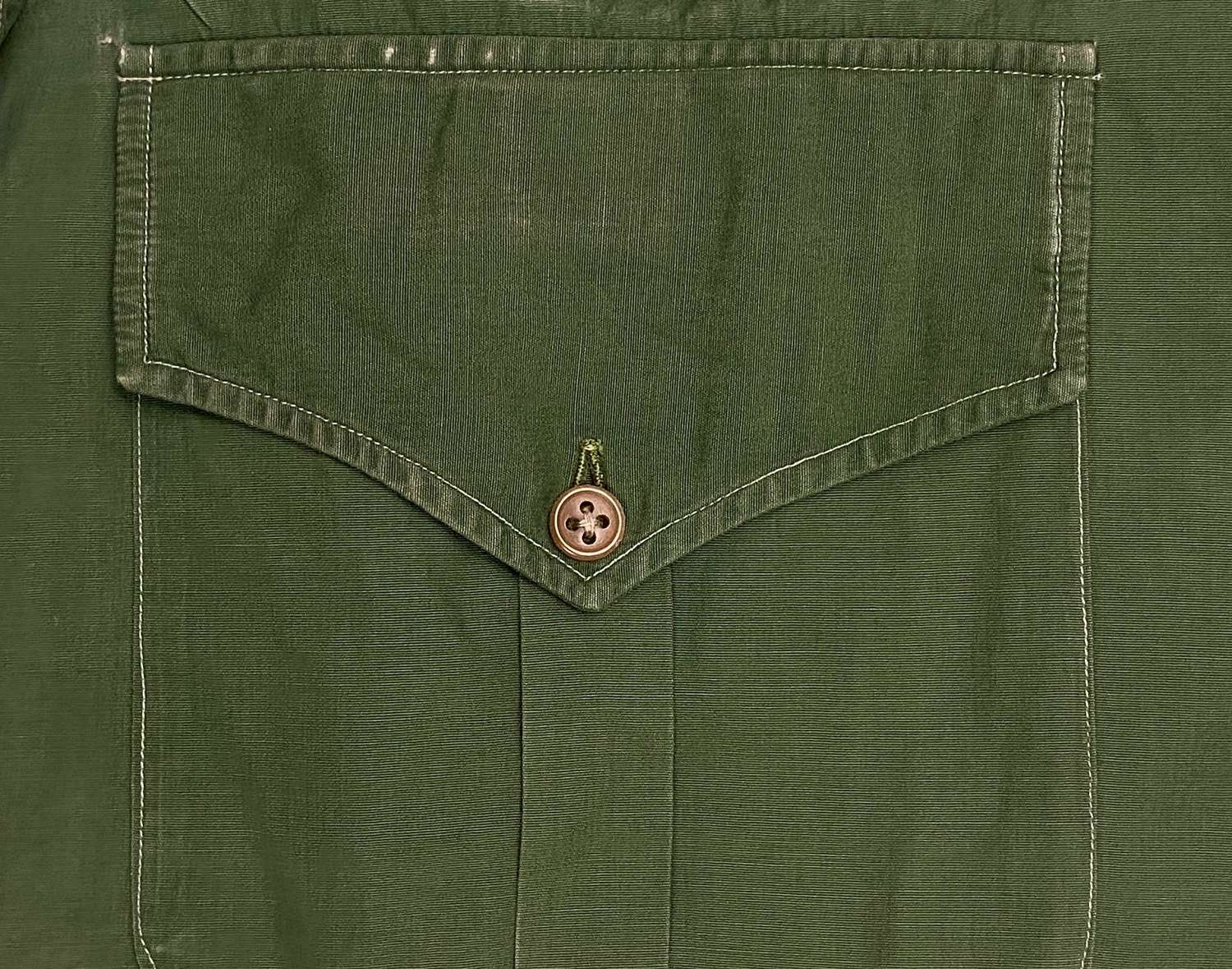 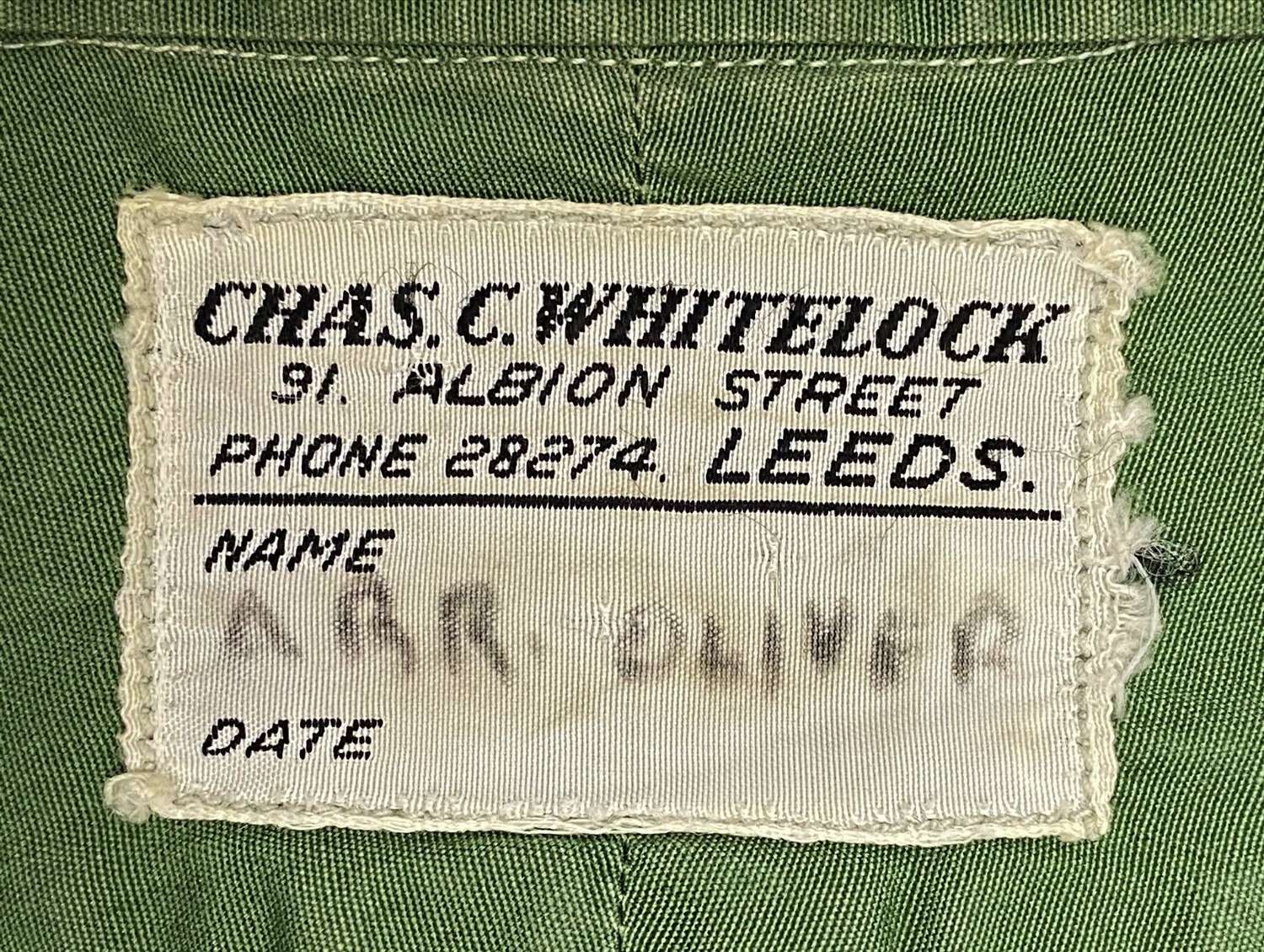 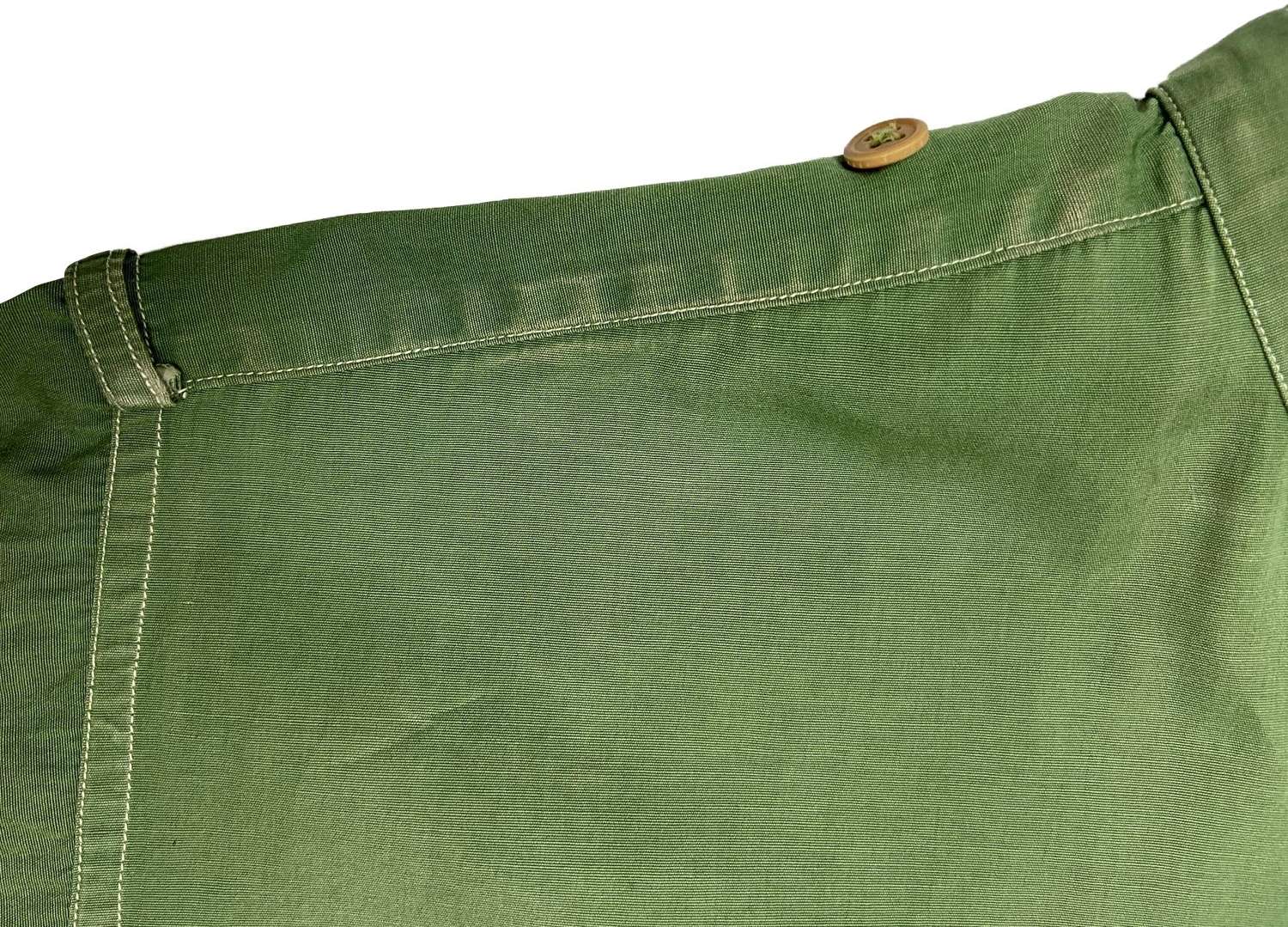 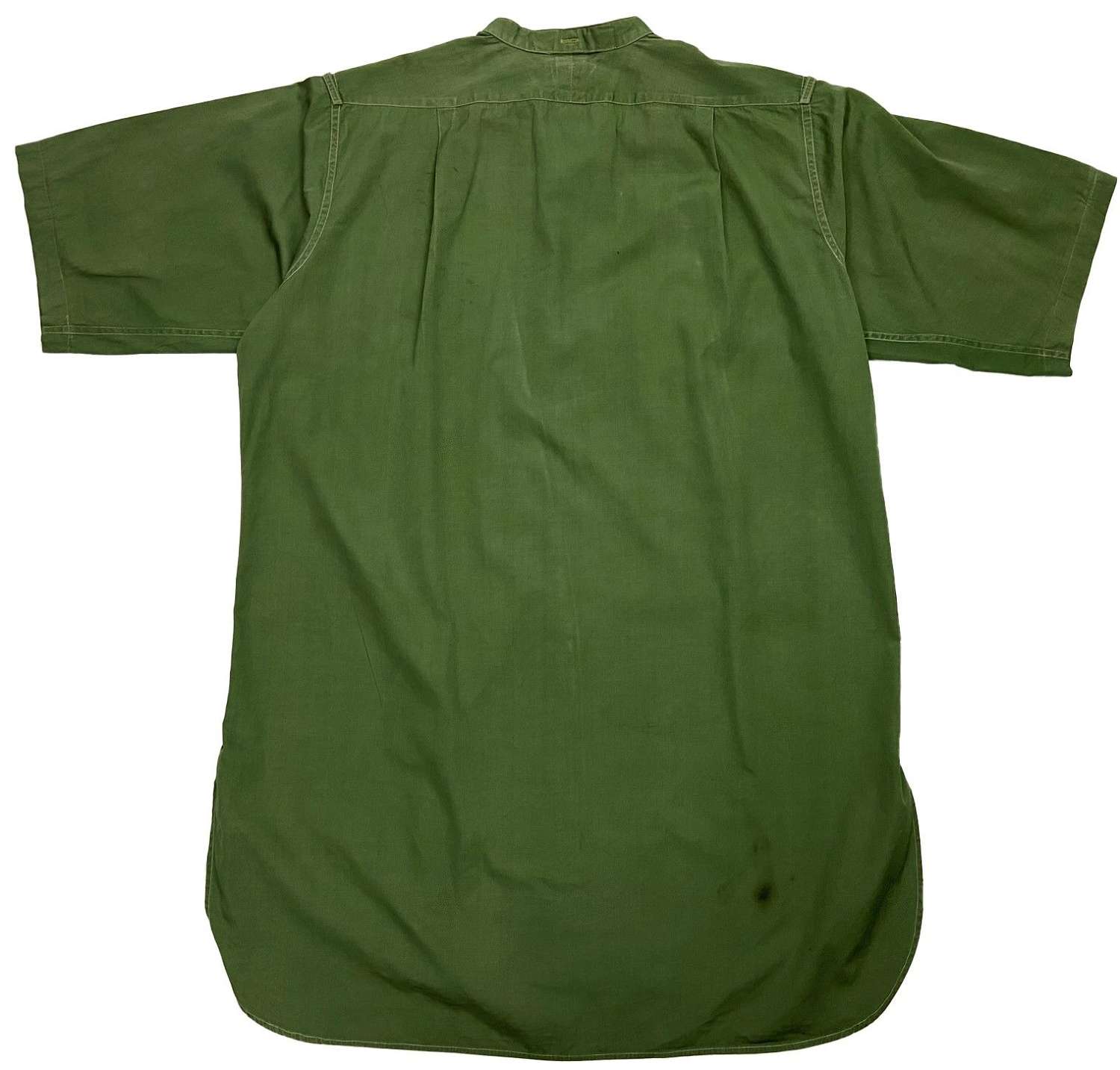 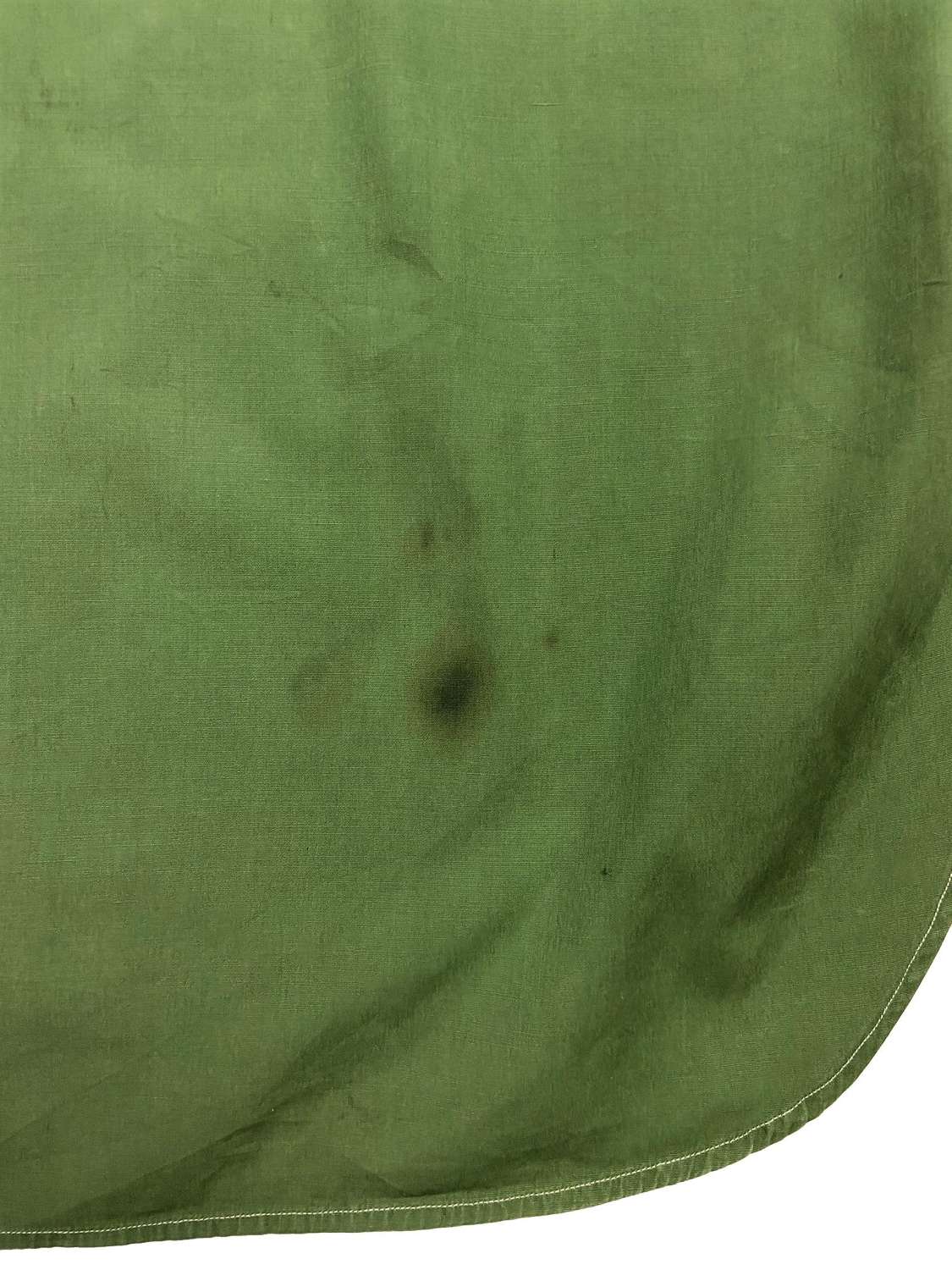