This jacket was made as part of the CC41 utility scheme which was brought into effect in the UK in 1941 as part of the larger rationing scheme. The idea behind it was that affordable, quality clothing would be available to everyone of every class and could be bought using coupons. It was clearly intended as a work garment and is typically utilitarian. Rather than featuring a full button front there is an opening which fastens with a single button once pulled on over the wearers head. The garment is cut very short in the body and was clearly designed to only cover the torso which suggests it may have been intended for wear with bib and brace or similar.

The jacket is made from a tan coloured cotton twill like many workwear items from the period. It features a stand and fall collar and short sleeve. Inside the neck of the top is a hanging loop below which are two labels. The first reads 'Rigmel shrunk B.D.A' which refers to the fabric, below which is the standard CC41 label. A further label can be found to the bottom of the interior. It is paper and reads 'This is a Leader overall'. It again states B.D.A Rigmel Shrunk and bears the size designation of 'EX. O.S.' To the bottom of the label are the words 'Quality with Economy' - a typically utilitarian slogan.

The jacket is cut wide across the arms and shoulders to allow it to be pulled on over the wearers head. When laid flat it measures -

The item is in very good condition and appears to be unworn. There is some staining though as can be seen in the pictures but overall it displays very well.

A rare original utility item with some great details! 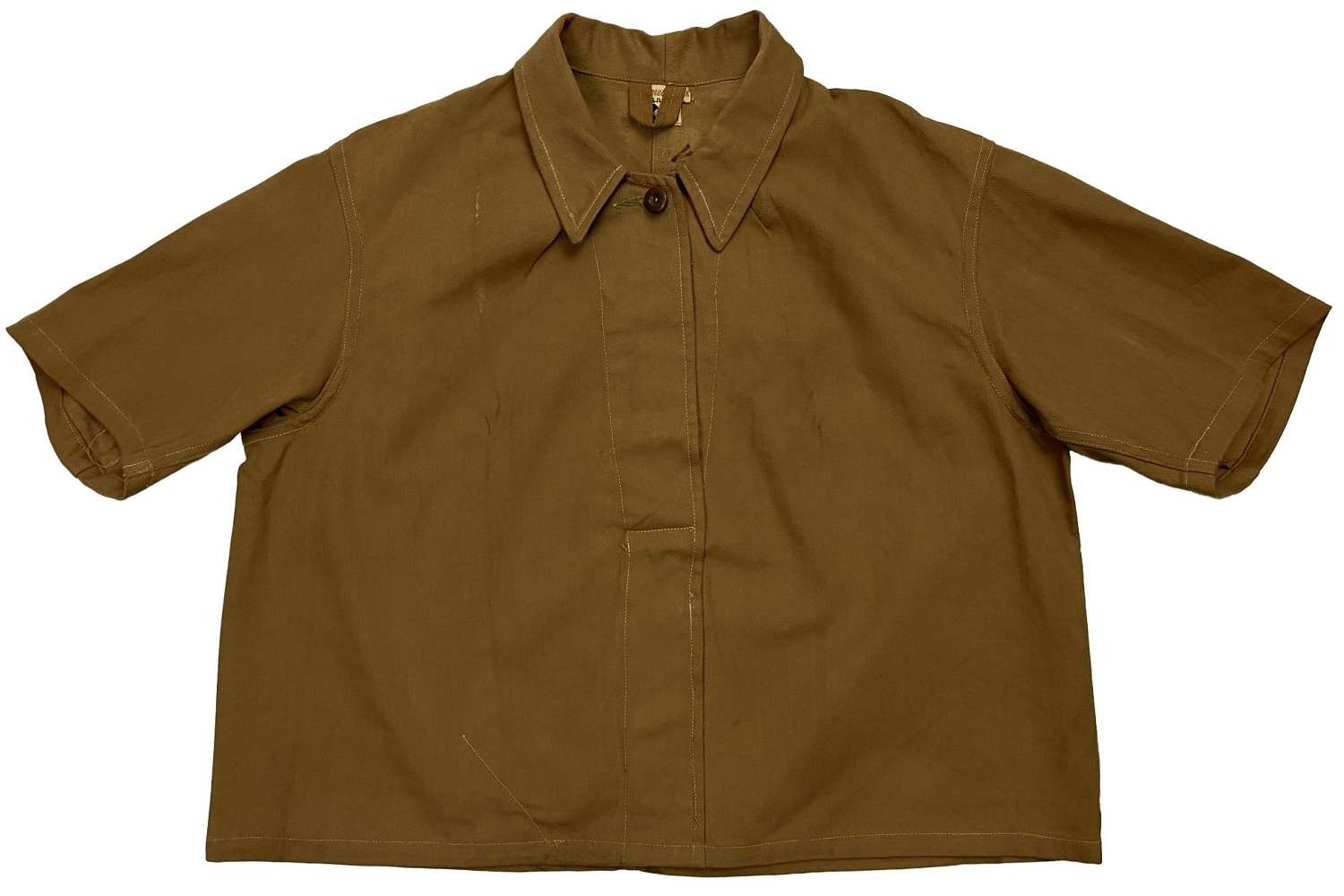 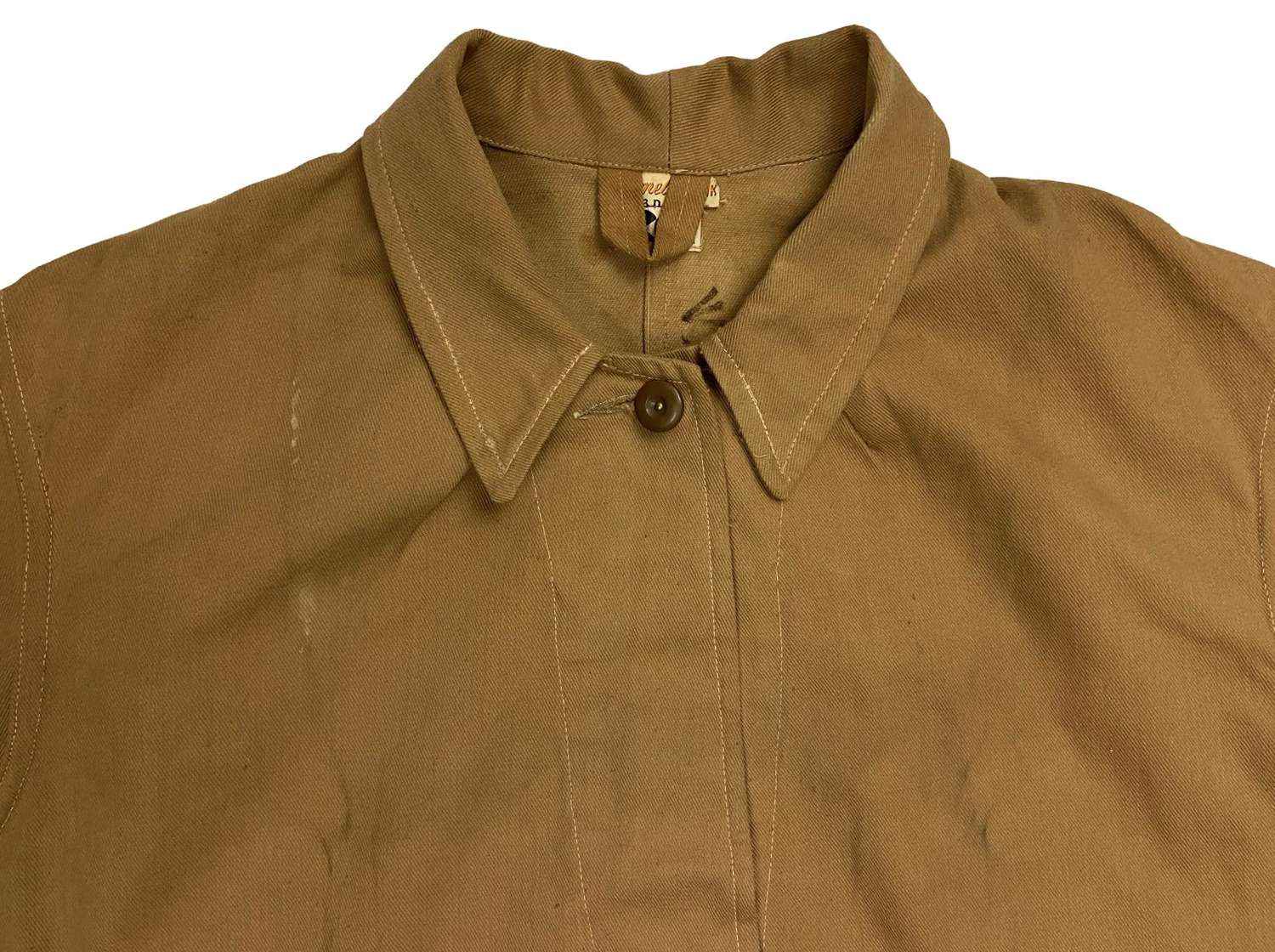 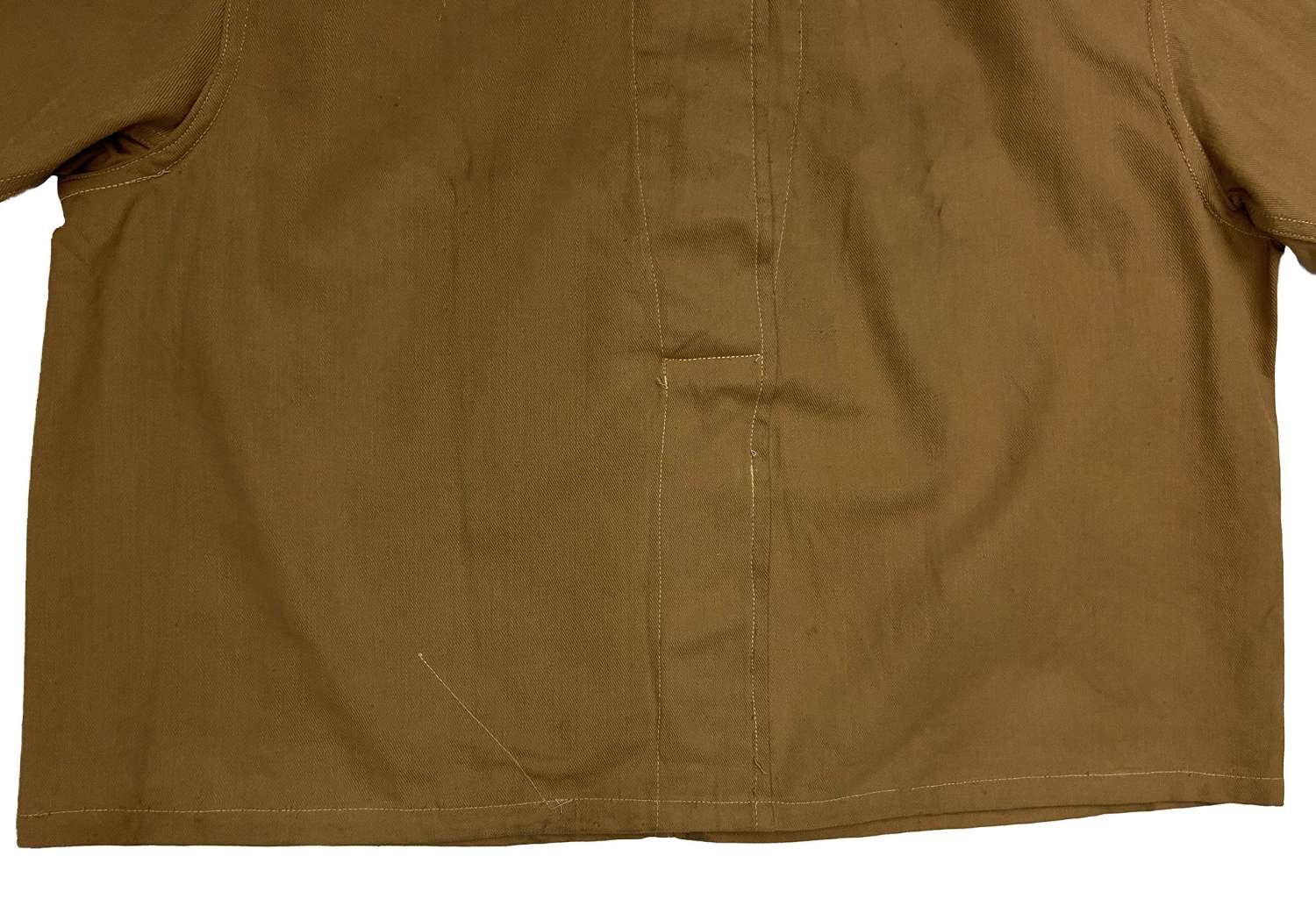 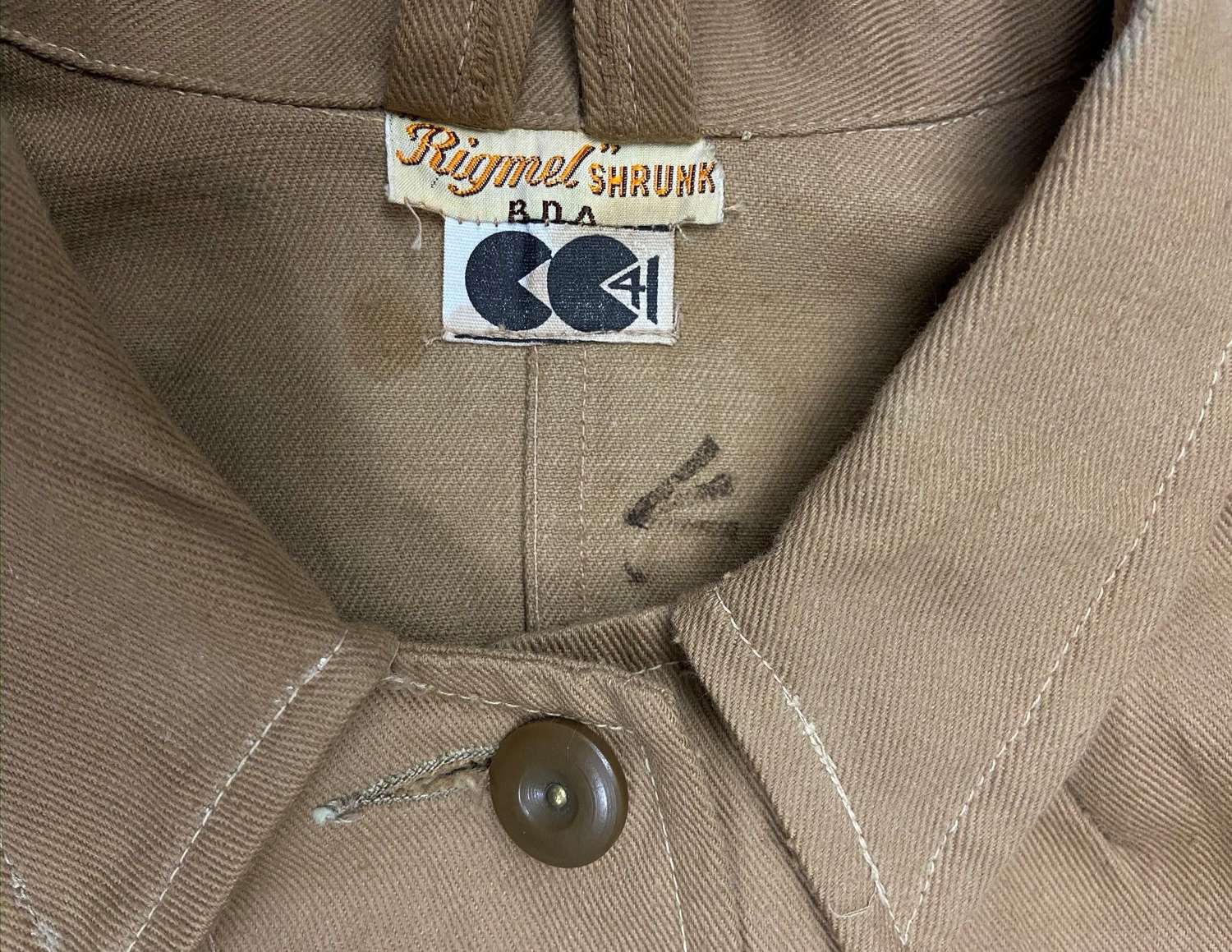 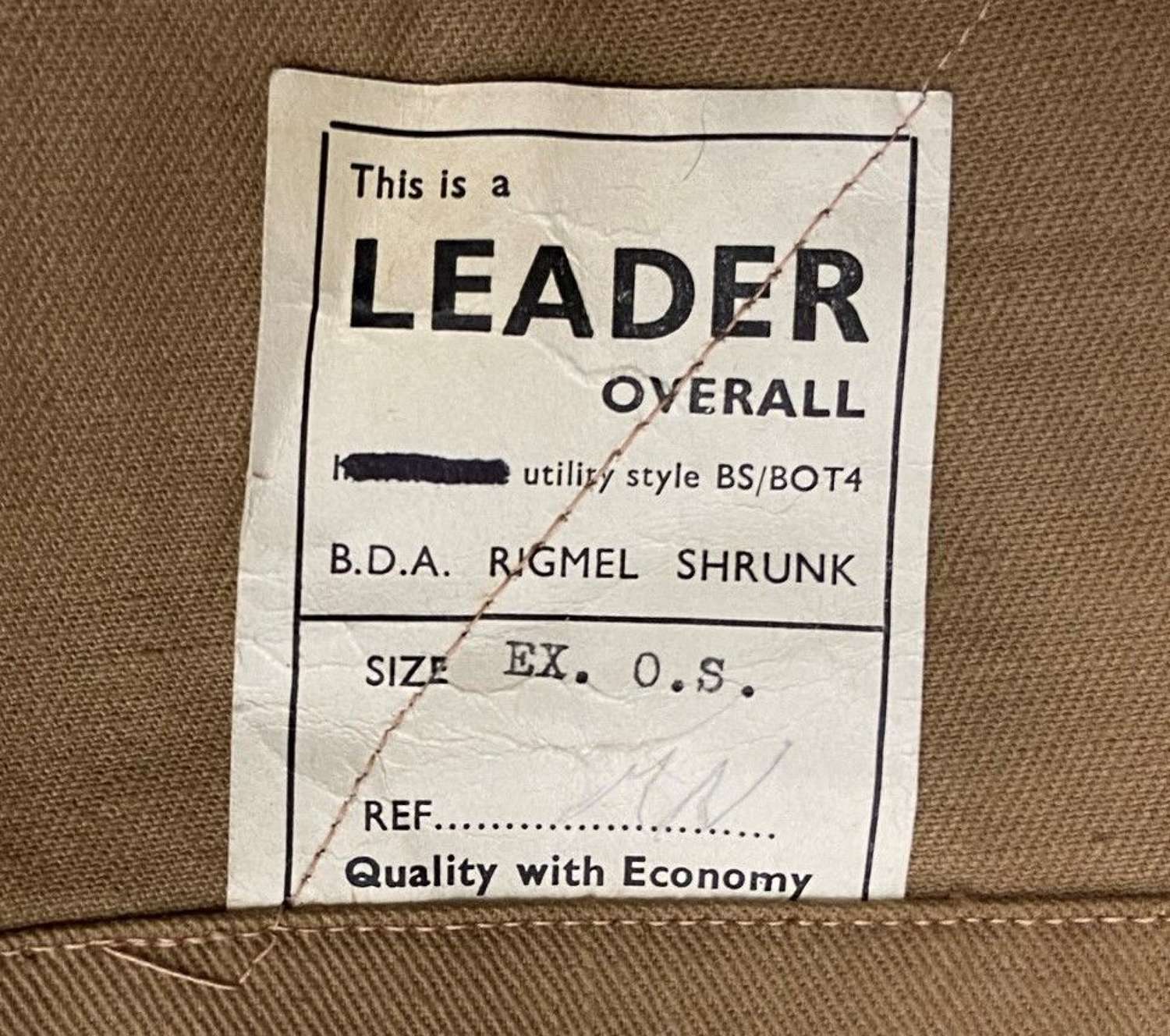 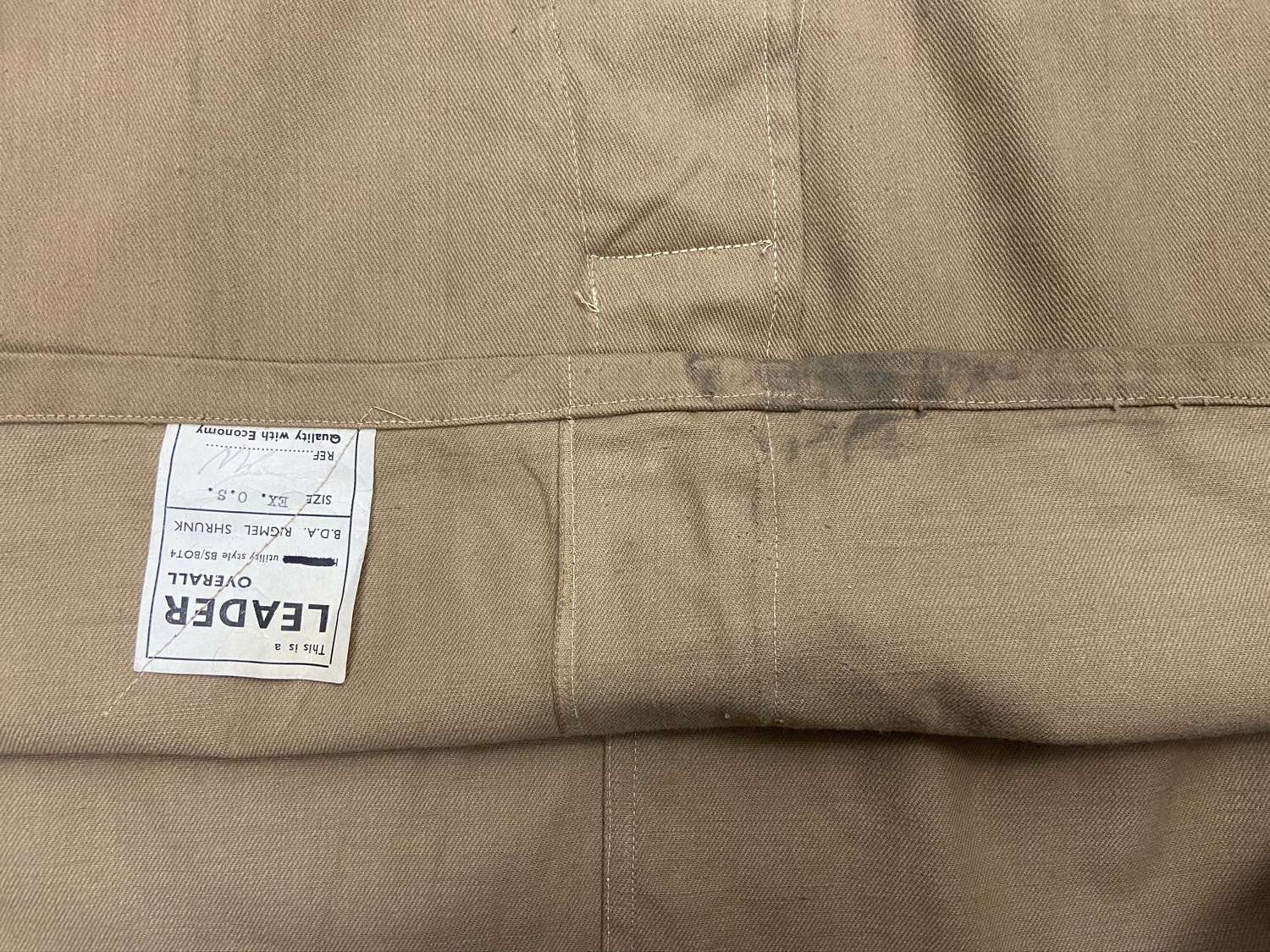 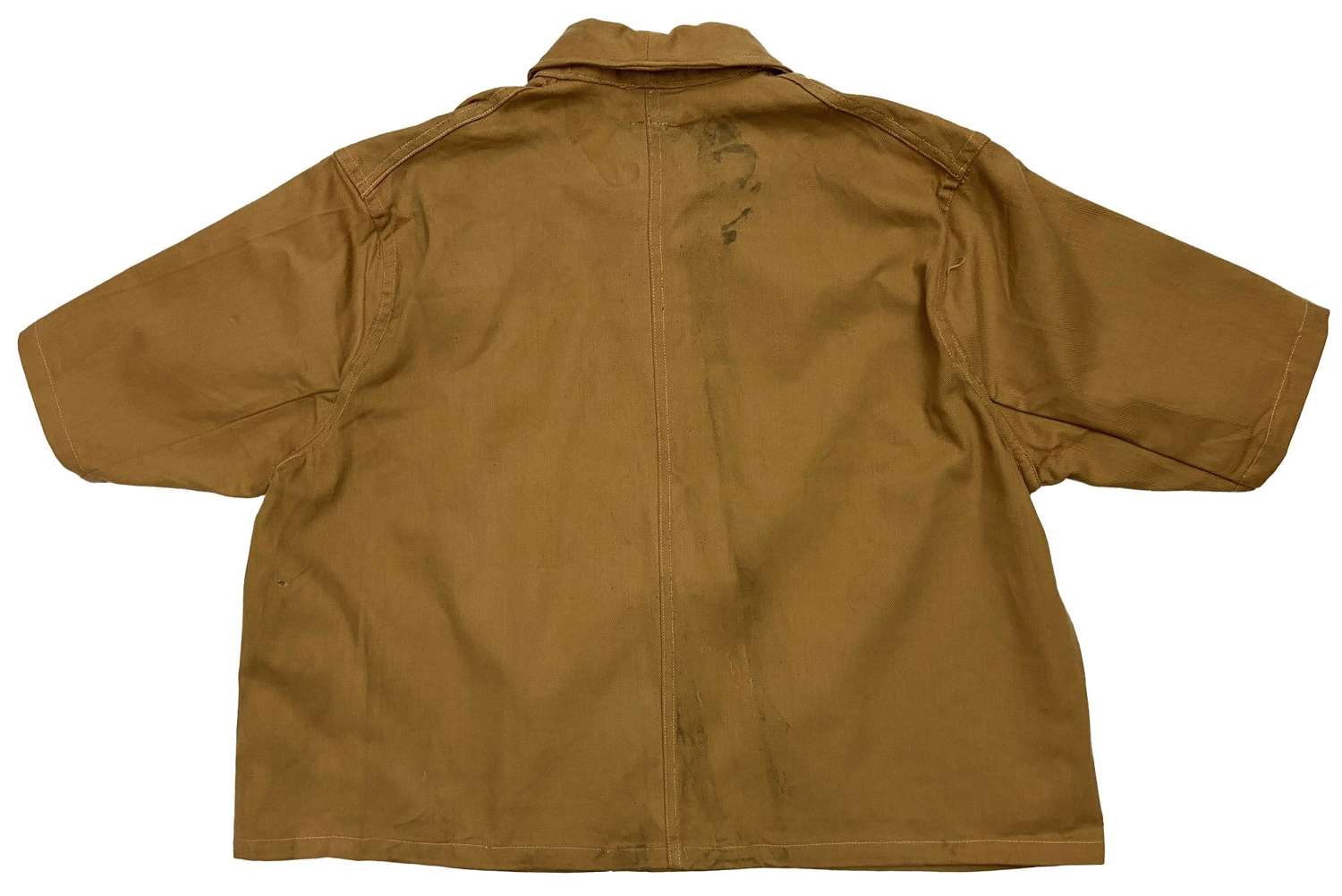