An original pair of Royal Air Force Braces dating from the early 1950s.

These braces came as part of a uniform grouping which belonged to an airmen who served in the immediate post-war period. They are made of grey elastic, feature brown leather tabs and metal plate adjusters marked 'Will not rust'. The original owner's serial number is also still visible.

The braces are in used condition but display well.

A good honest pair of braces; these would suit a collector or re-enactor well. 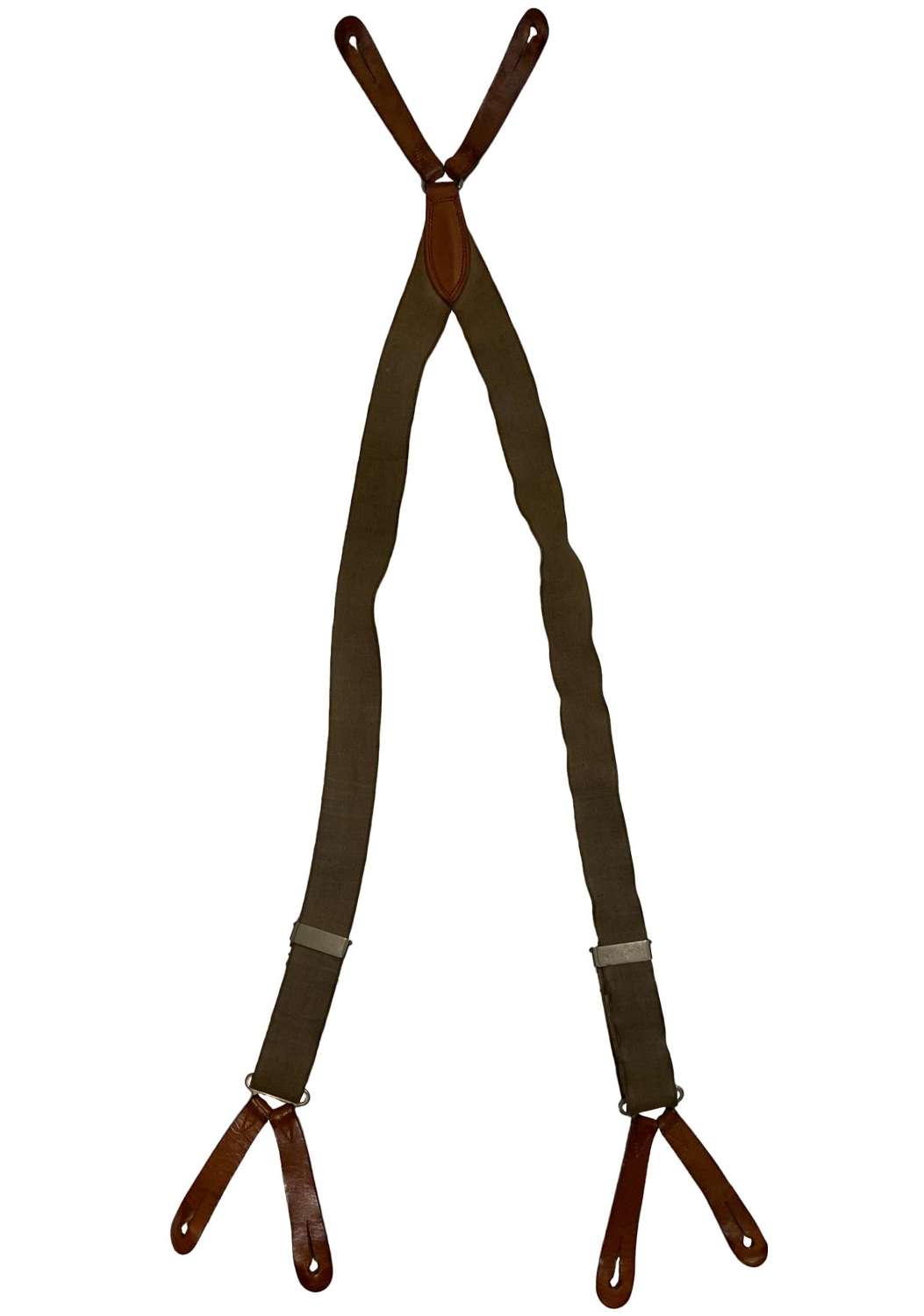 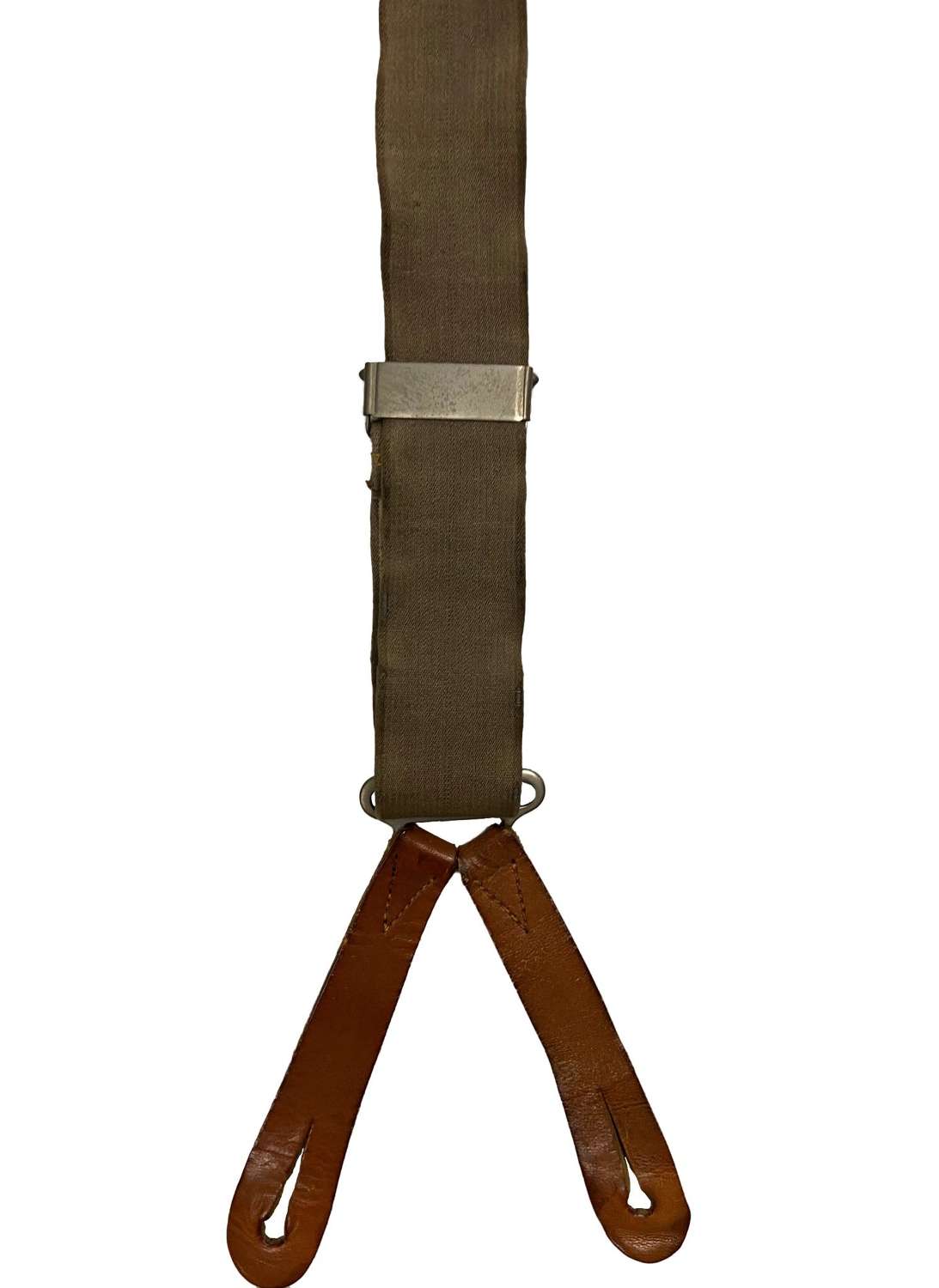 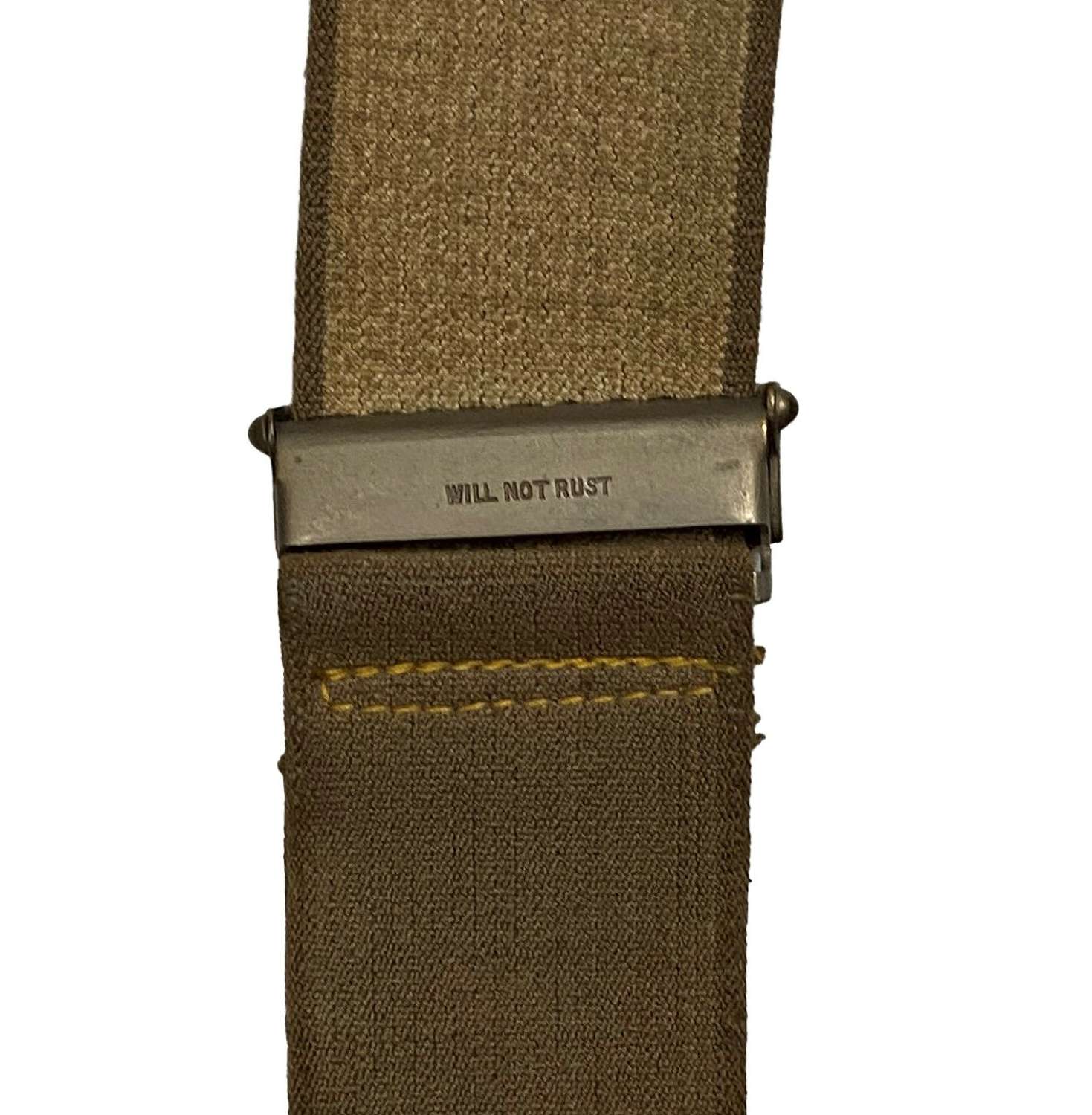 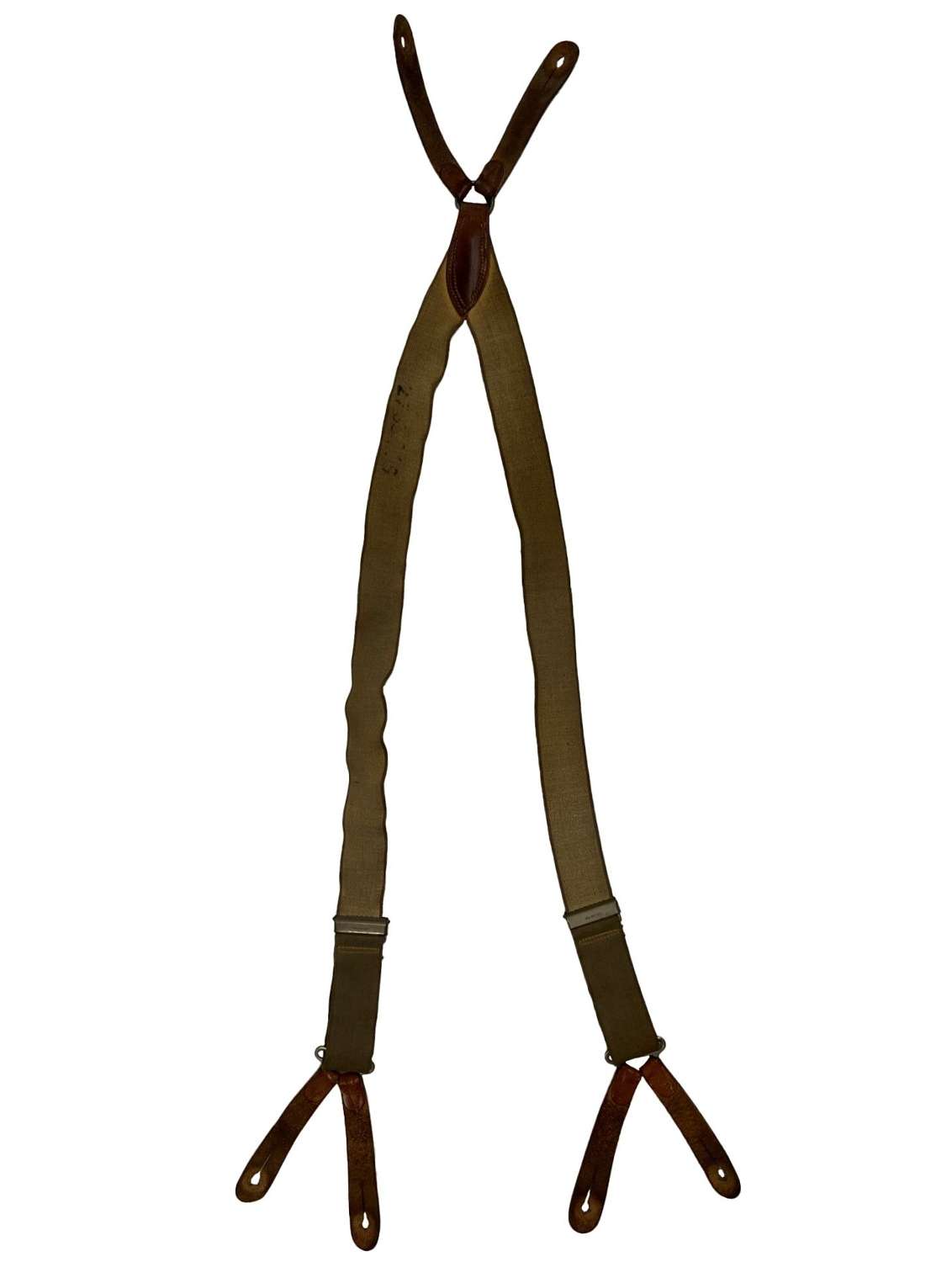