This pattern of jacket was introduced in 1941 and saw widespread issue with the Civil Defence. The design closely follows that used for the 1940 pattern British Army battledress blouse and features a fly front and fly fronted pockets, epaulettes and a wire waist buckle. The front of the jacket, pockets and cuff all fasten with black plastic buttons whilst the epaulettes fasten with plastic Civil Defence buttons. The jacket is fitted with original insignia including the Civil Defence breast badge below which is a 'Lewisham' district title.

Crucially this jacket is made from a black serge wool, identical to those issued during the Second World War. Most 1950s Civil Defence items are dark blue rather than black making them noticeably different to their wartime counterparts. This example however is black so would easily pass as a WW2 example.

Inside the jacket the original label is still present and bears the 1952 date as well as the War Department broad arrow marking. The manufacturer's name 'Thorneloe & Clarkson Ltd' is also present as is the size of 13 which is designed to fit someone of 5' 6" to 5' 8" with a 34-35" bust and a 26-27" waist. When laid flat the jacket measures -

The jacket is in good condition as can be seen in the pictures. There are some signs of age and wear which are to be expected of a vintage, preowned jacket. Please study the pictures before purchasing.

A nice original jacket which would make an ideal stand-in for a war dated version. 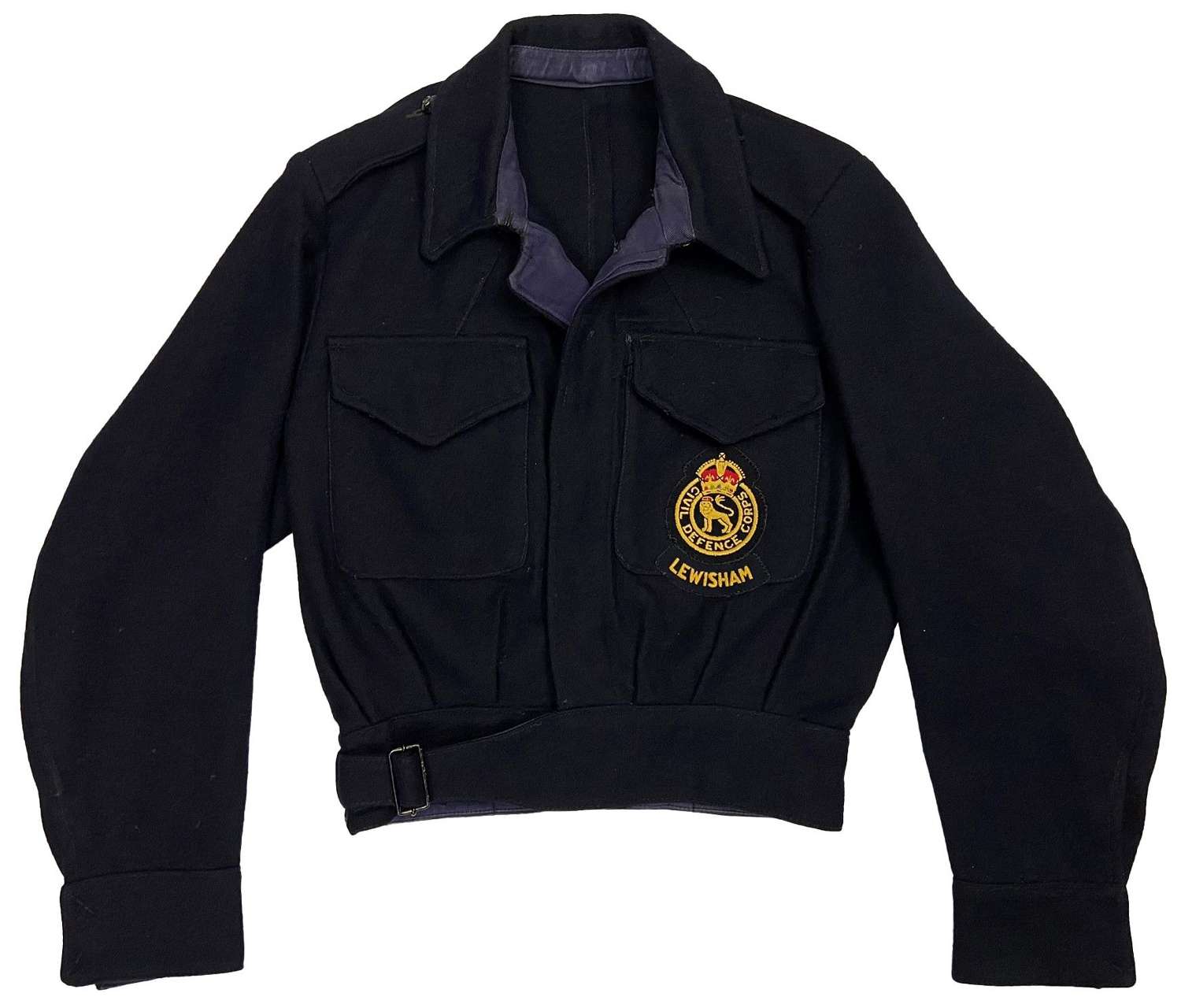 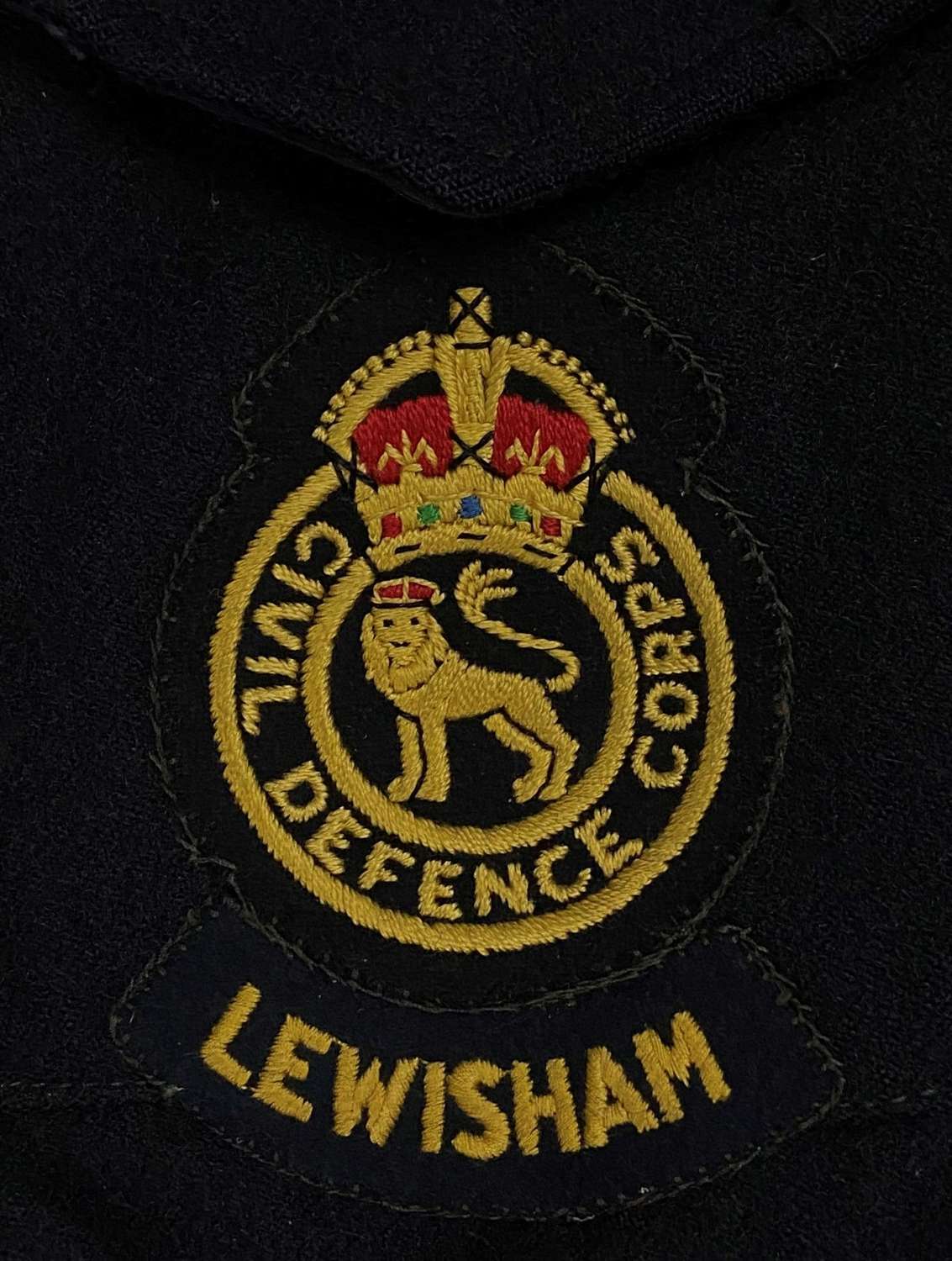 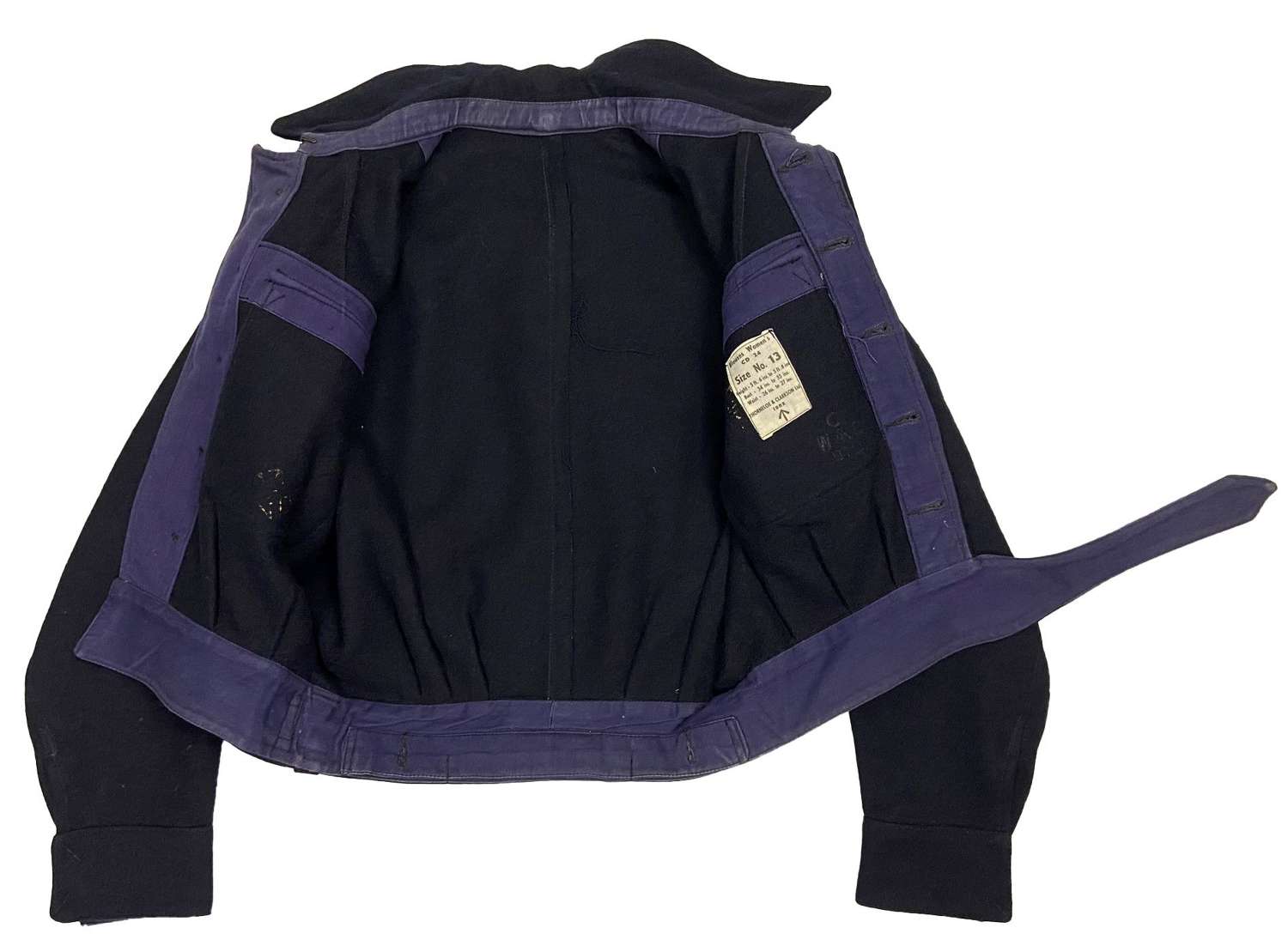 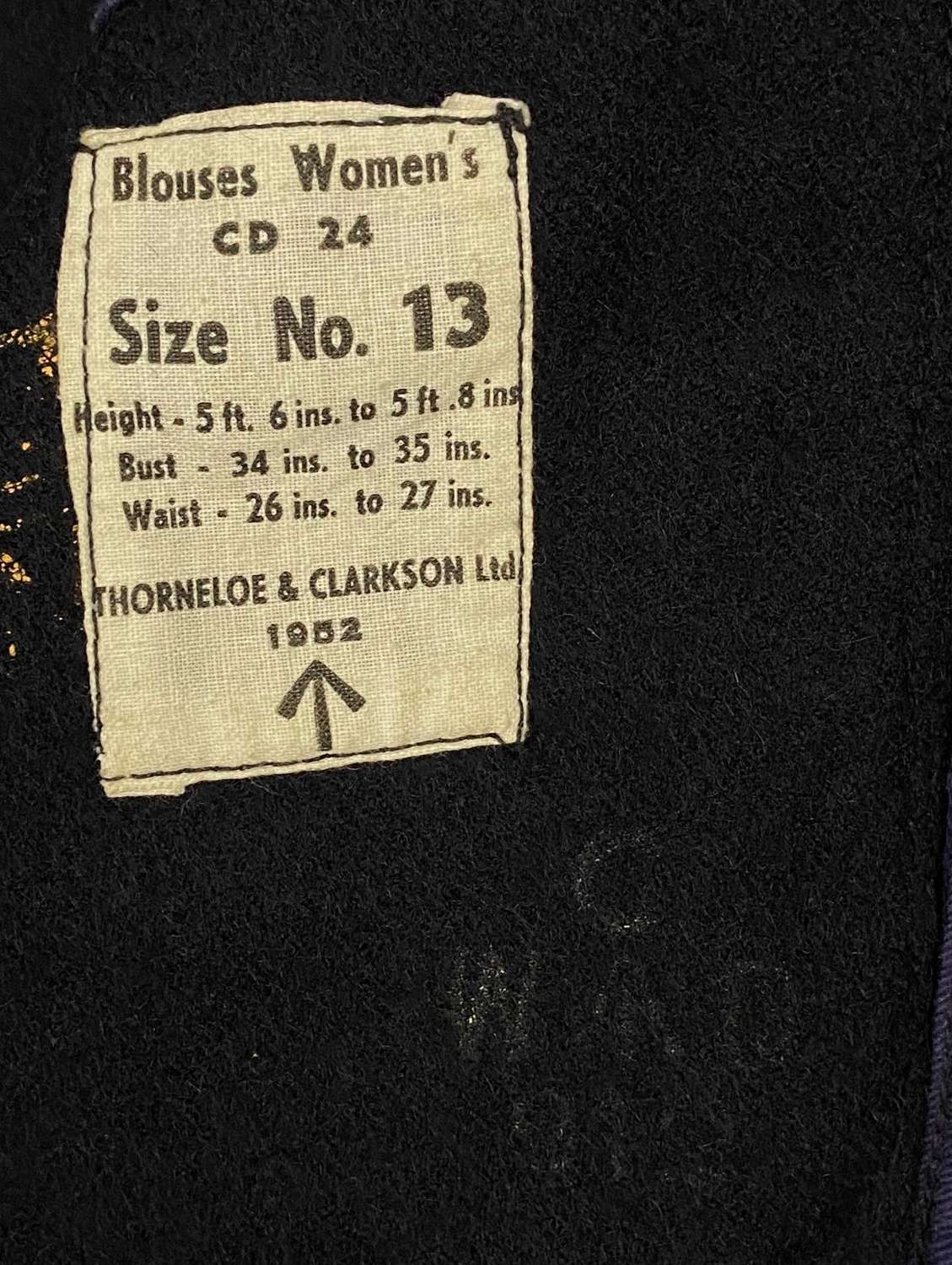 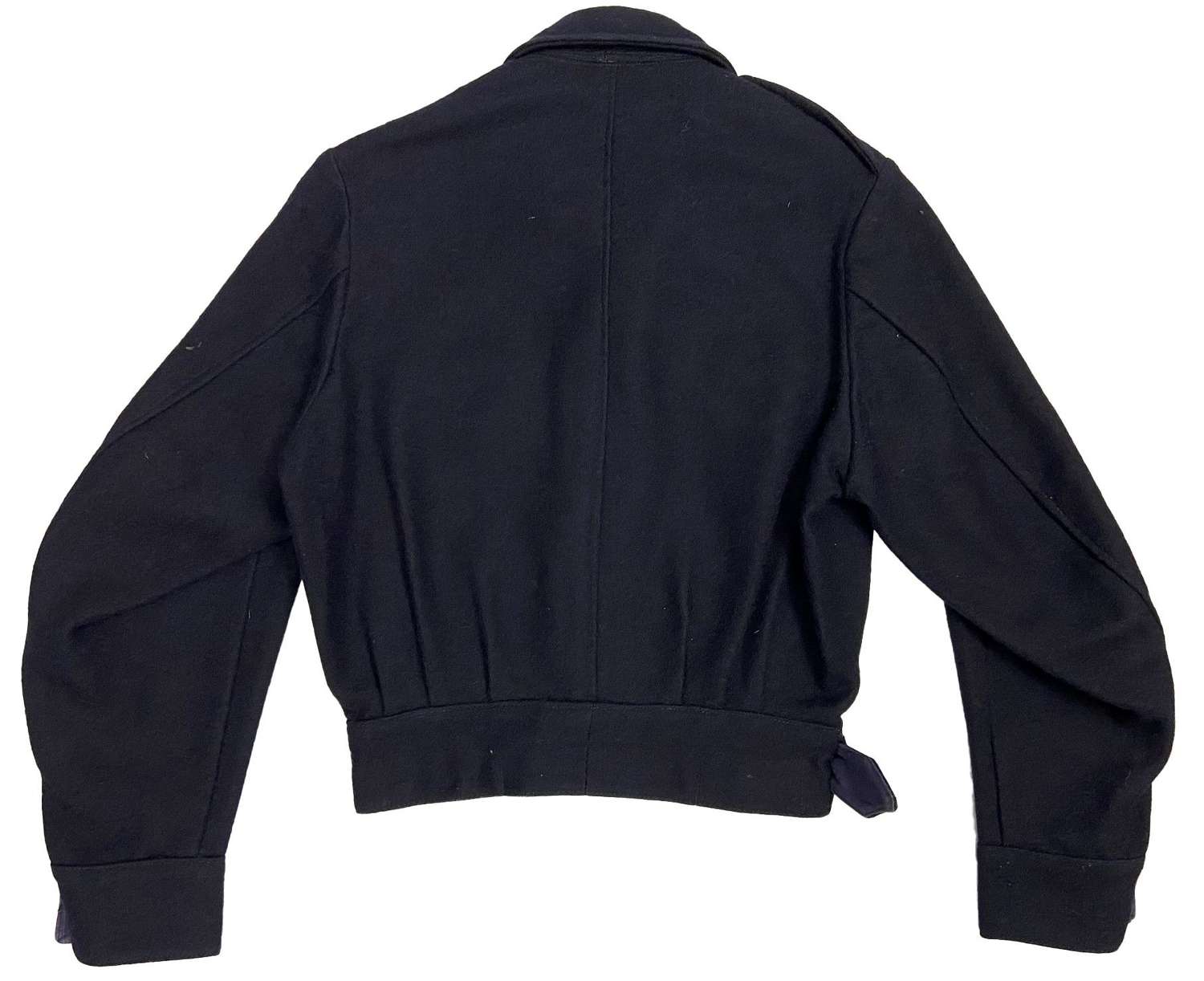