This shirt is typical of those made in the 1930s,1940s and 1950s. They were worn by men from a variety of walks of life, as well as in the military. Whilst the Army, RAF and Royal Navy had issue vests like this, private purchase examples were often worn. They are all very similar to look at and were quite possibly made in the same factory.

The three button front on this example is standard for the period. The label is also typical of the St Michael items featuring electric blue text and no fancy graphics. The size is included on the label and reads 'Medium'.

The measurements below are taken when laid flat. It is important to remedy that these shirts are designed to be very close fitting and also stretch to the wearers body meaning it may fit larger than appears in the measurements -

The shirt is in worn condition with some staining but overall it displays well and appears to be completely sound and wearable. Please bear in mind however that this is a pre-owned vintage item which is over 70 years old and may therefore have other small issues consummate with age.

All in all a nice original 1950s undershirt which has a great period label. 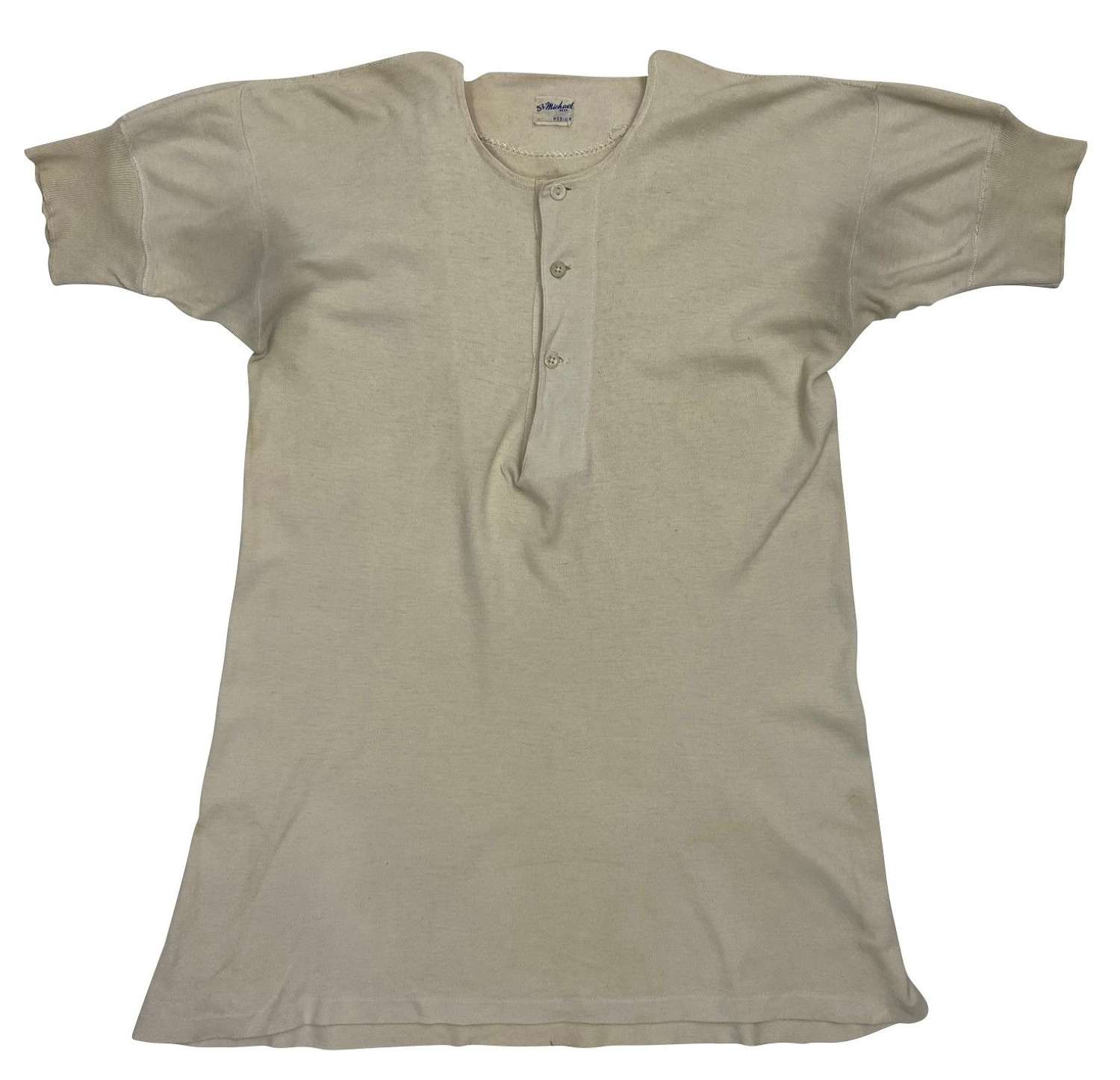 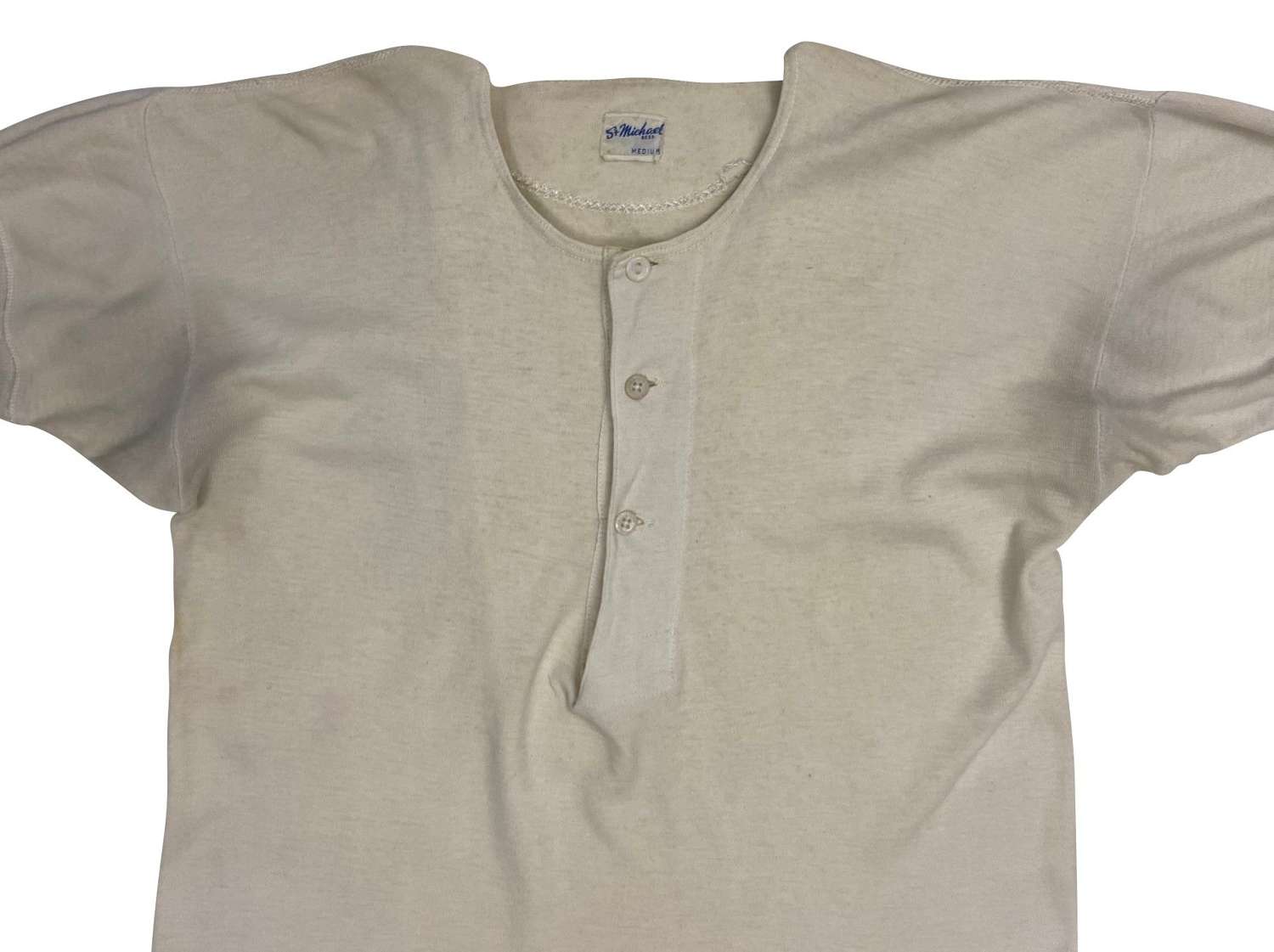 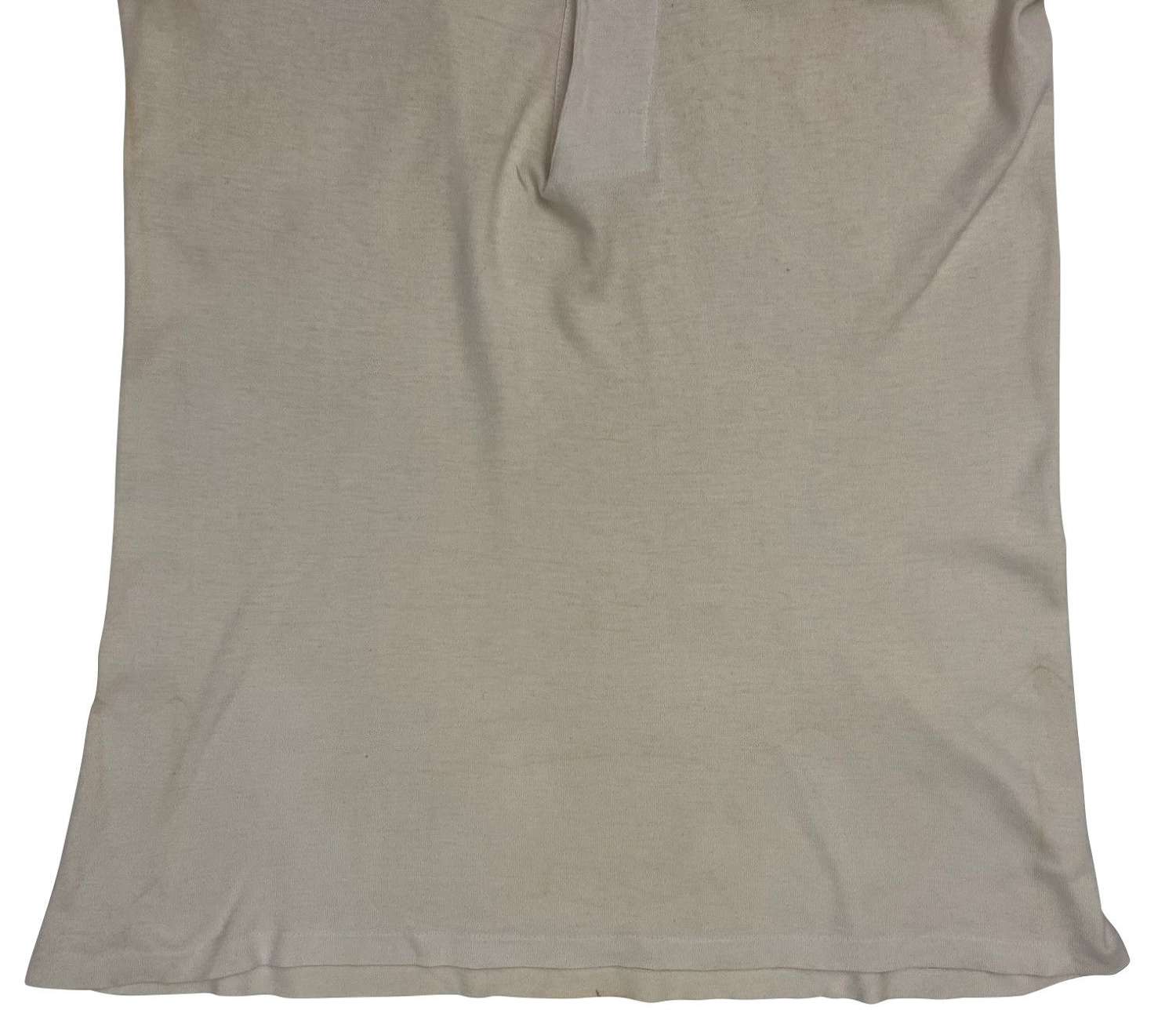 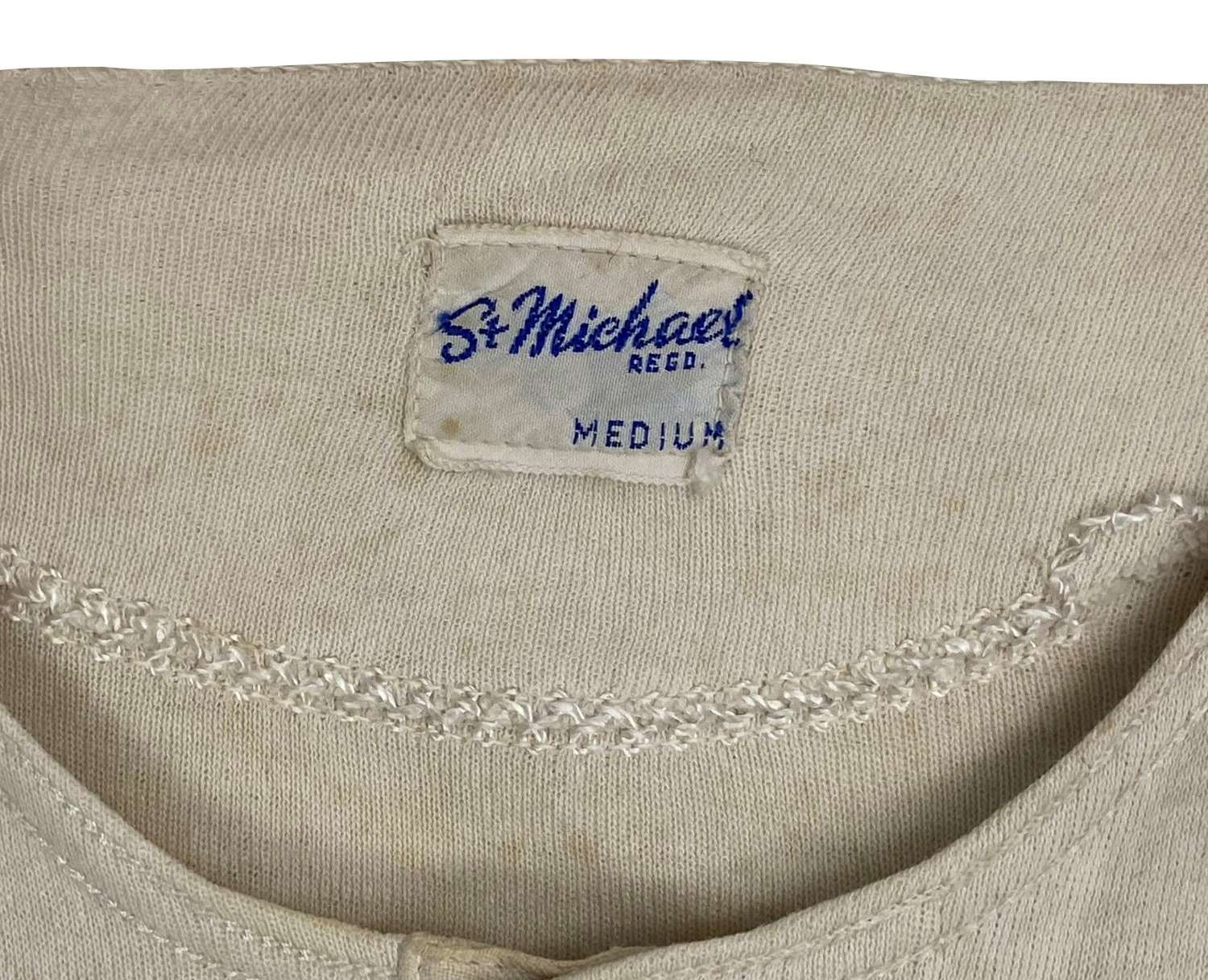 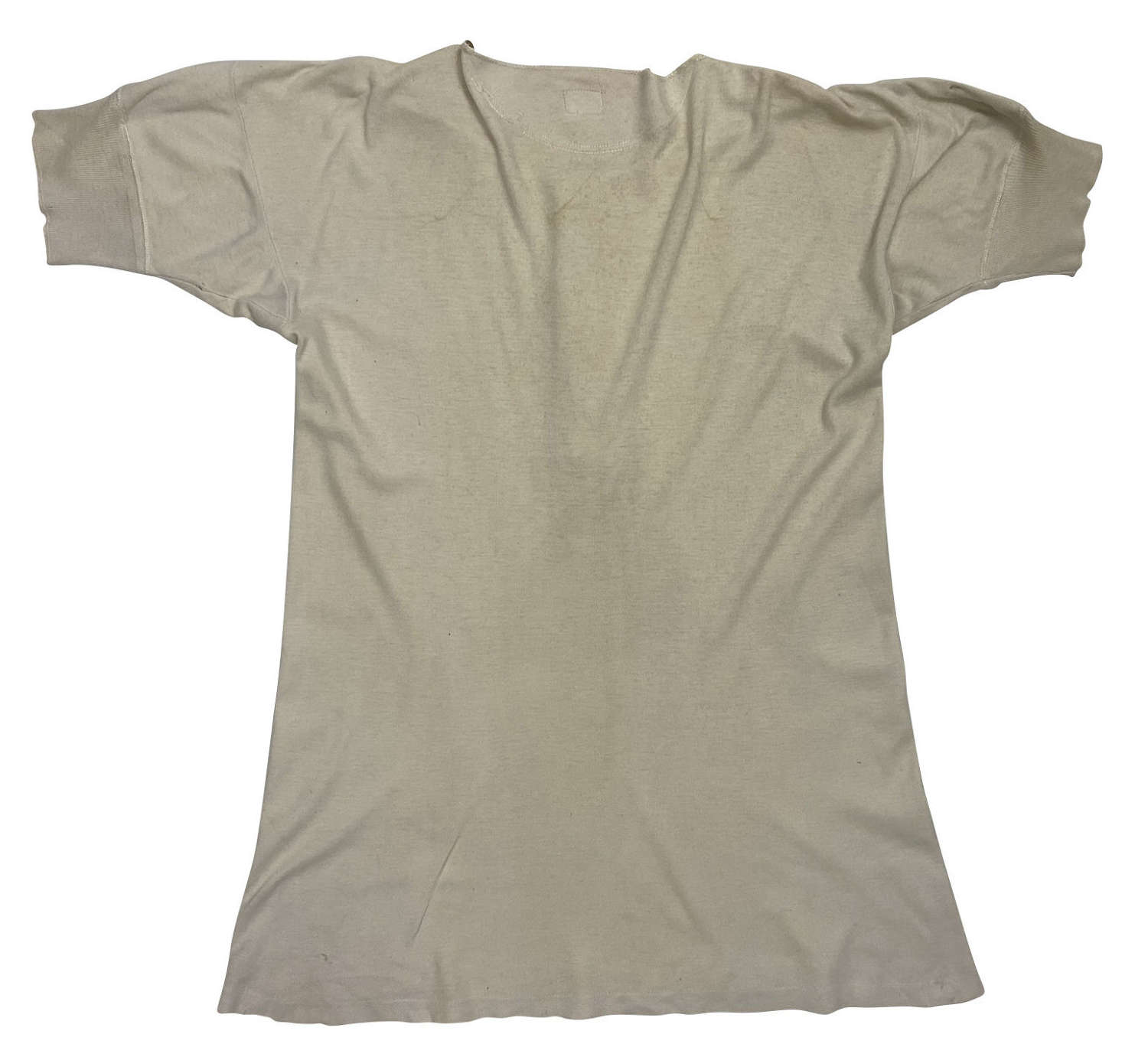