An original stable belt dating from around the Second World War which has had badges added by its original owner.

This style of belt was popular with soldiers during both the Great War and the Second World War. The addition of badges was quite popular and marked out a man as an old soldier. This style is now referred to as 'trophy belt', souvenir belt' or 'hate belt' by collectors.

The belt is made from a blue coloured cotton webbing and features leather and metal sections to fasten it. Numerous badges have been fitted, all of which date from before 1953 and include Royal Scot Greys, Royal Berkshire Regiment, Australia, Royal Army Pay Corps, General Service Corps, Royal Artillery and Royal Engineers examples. It has clearly had more badges fitted previously, no doubt removed by an unscrupulous badge collector or seller at some stage in its life.

The belt is in worn condition but displays well. Please study the pictures to access the condition for yourself before purchasing. 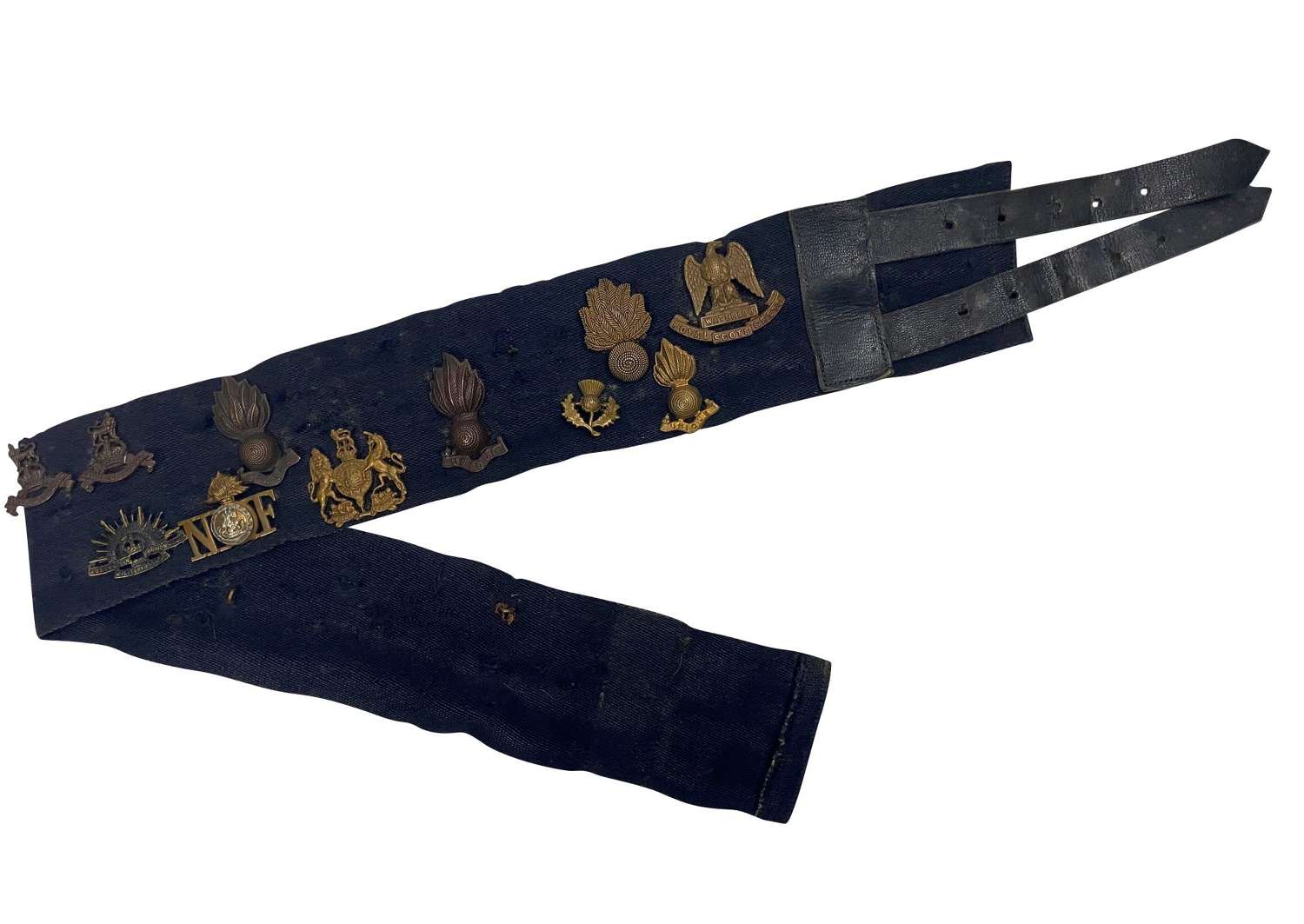 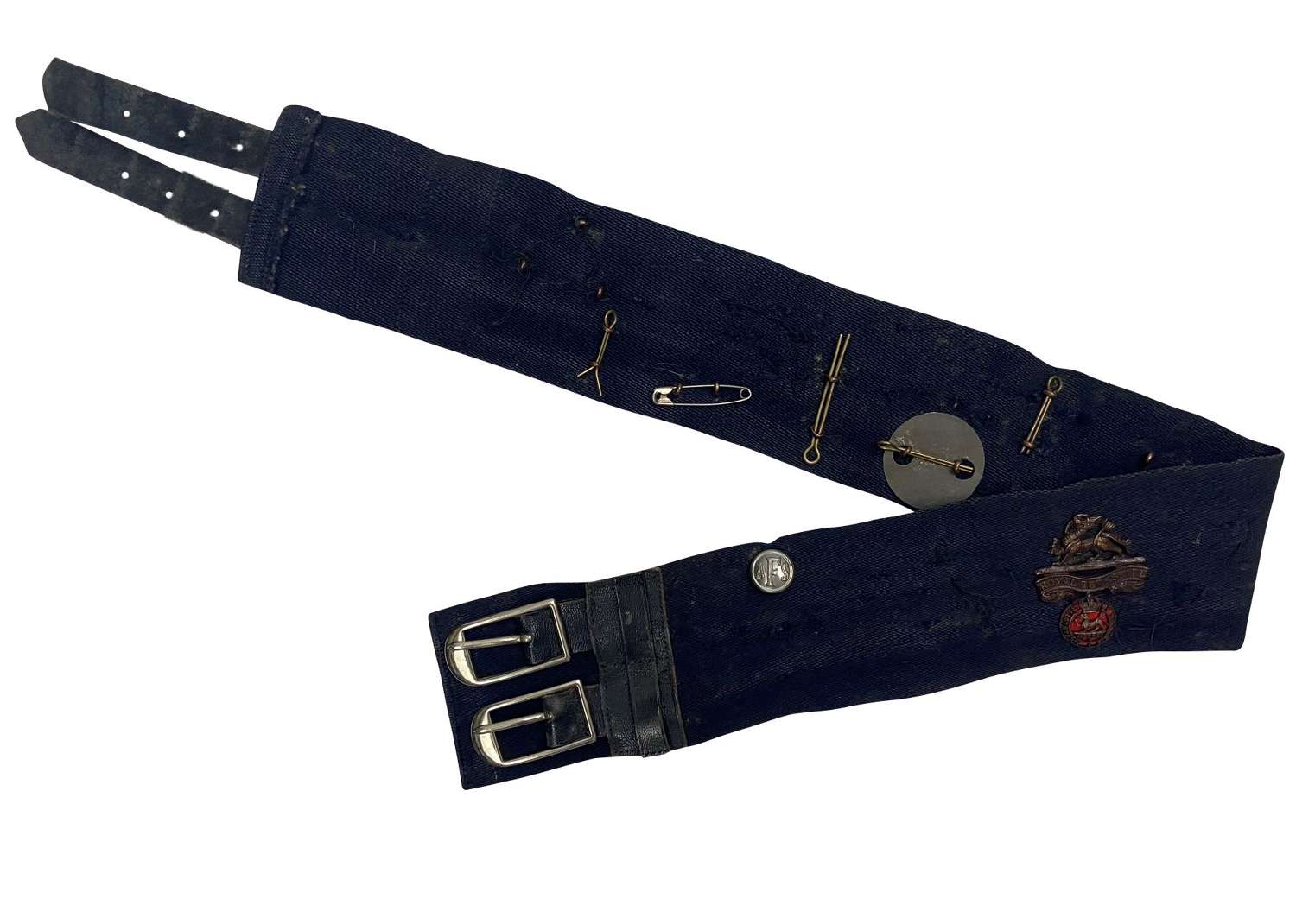 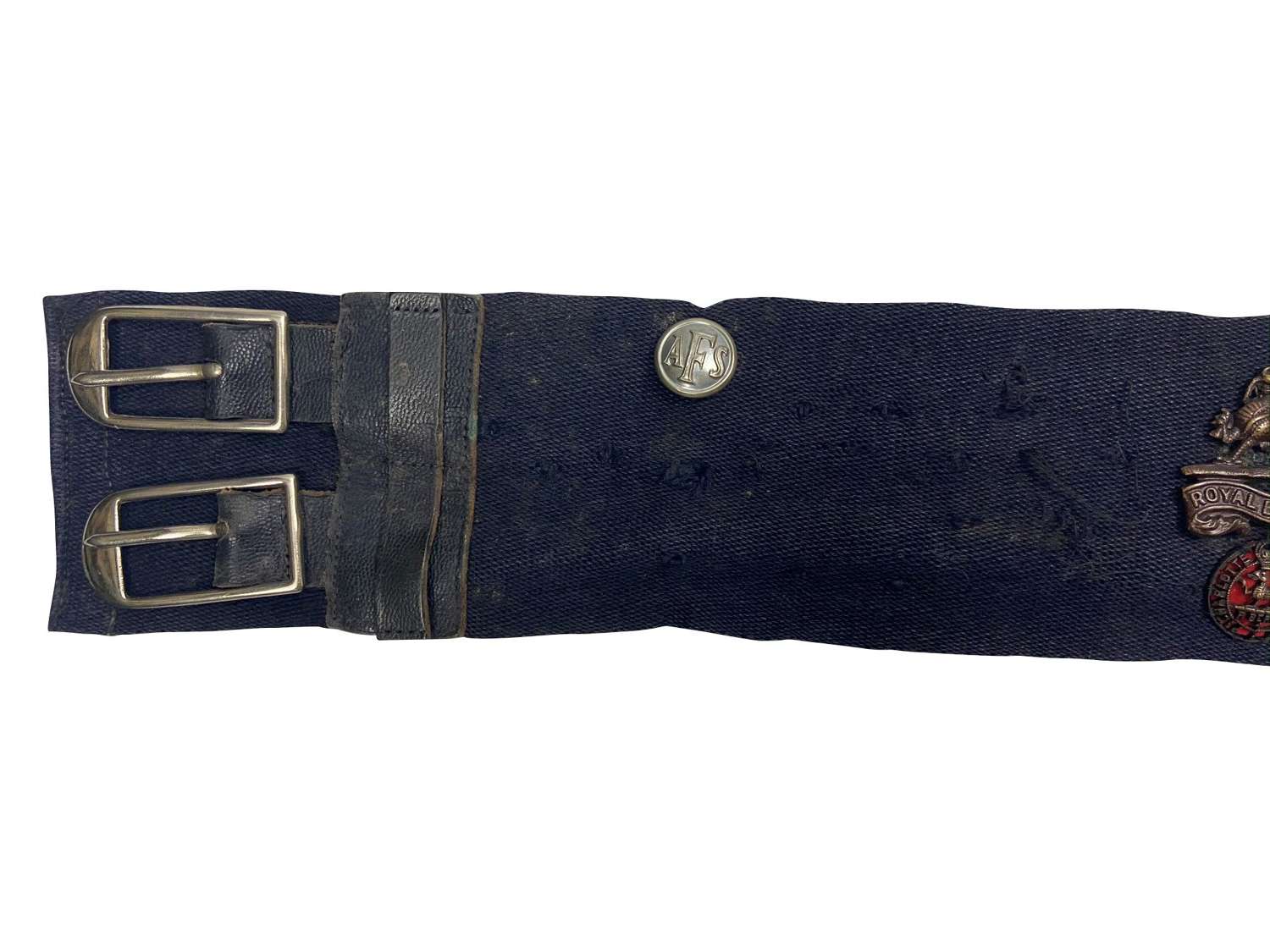 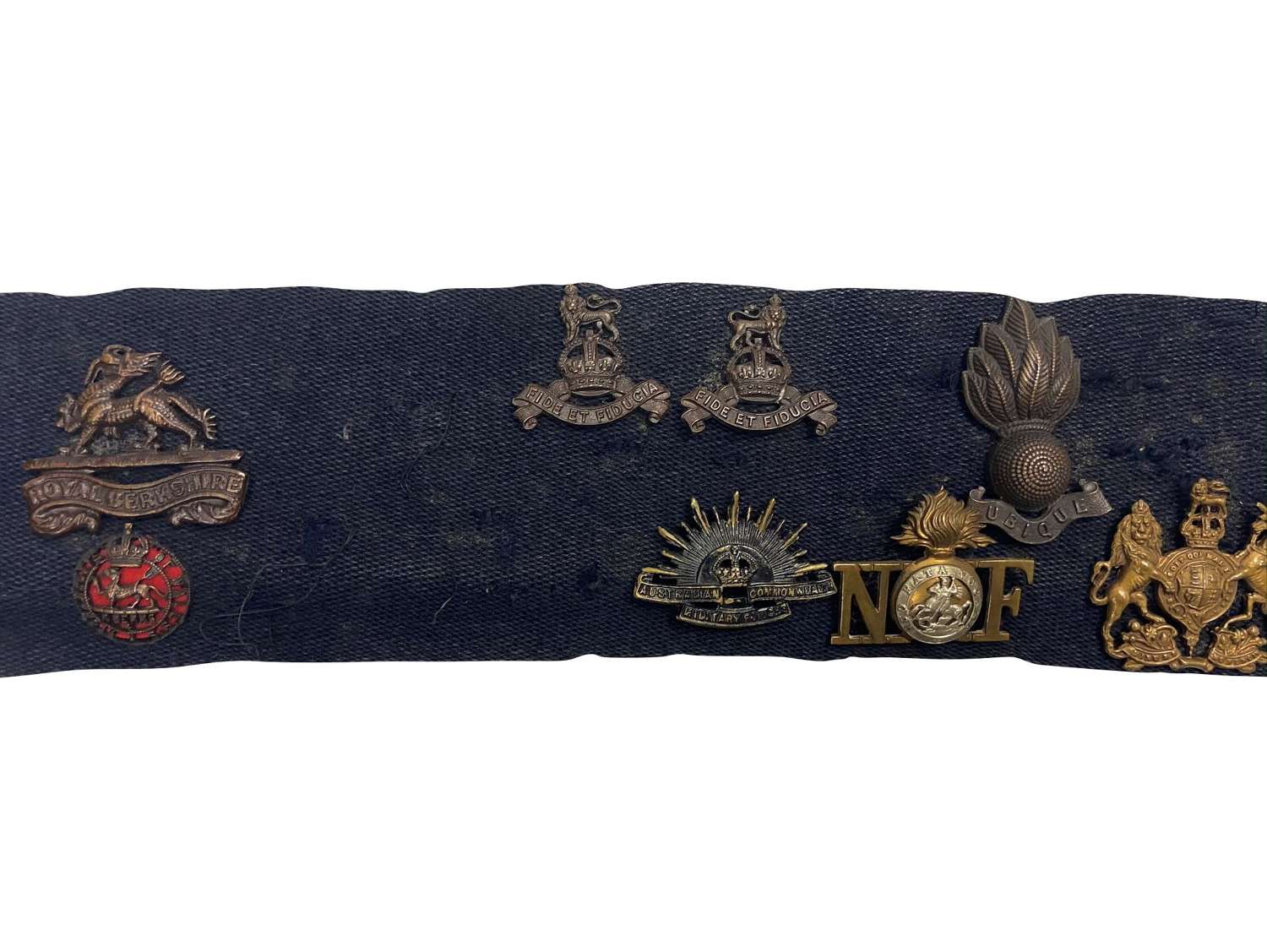 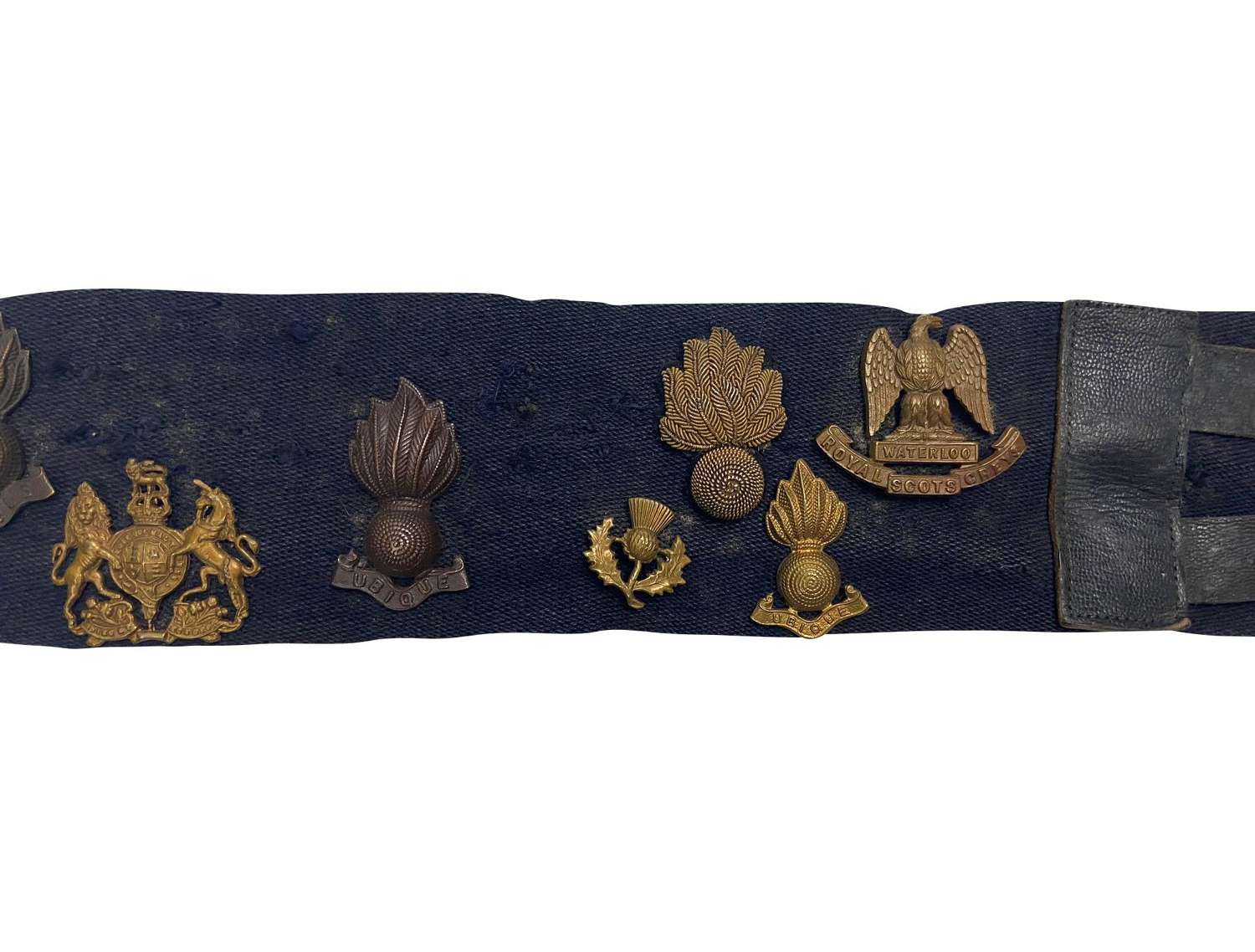 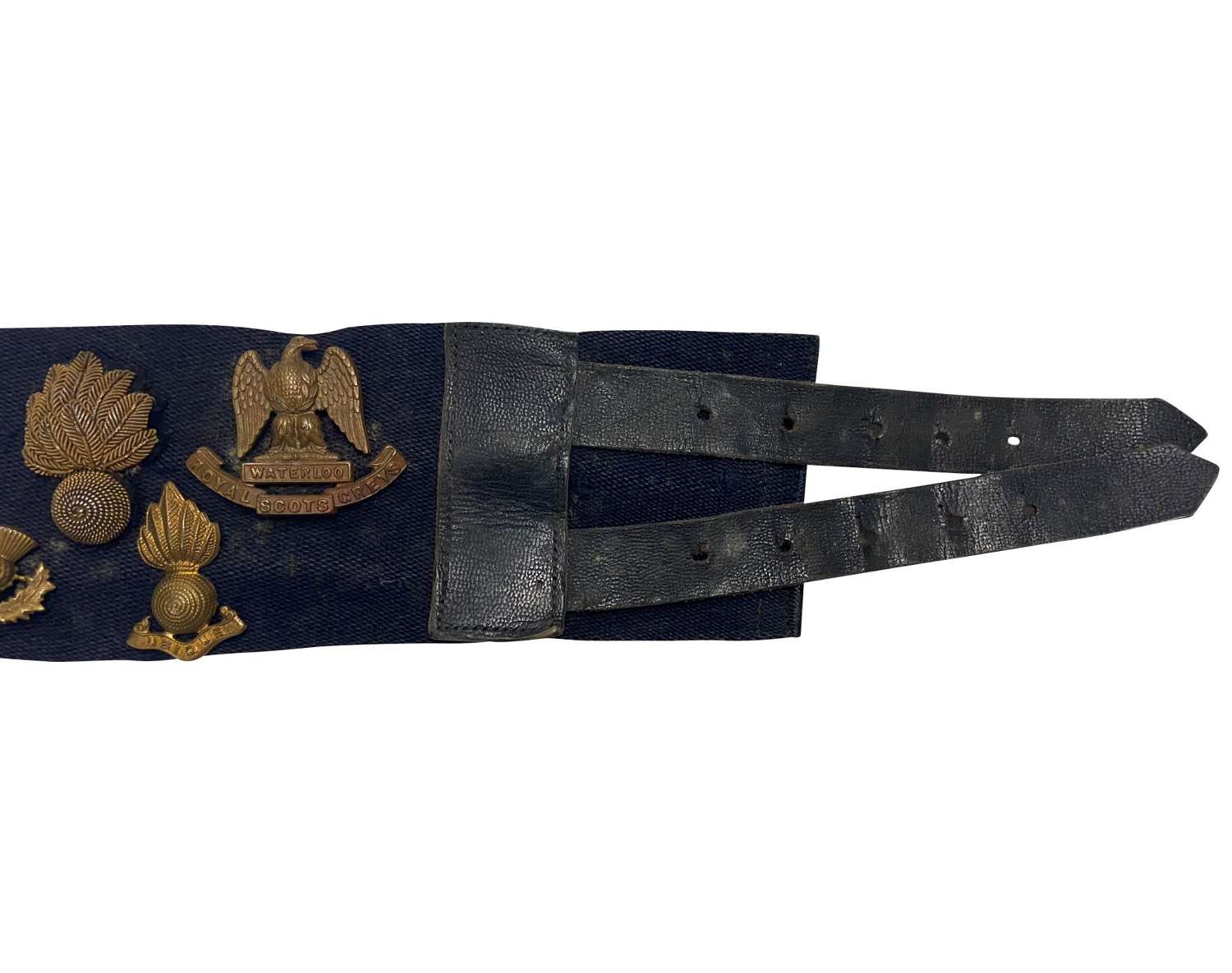