An original men's collarless shirt made by 'Lloyd' in the 1960s.

This shirt is typical of those made and worn during the 1950s and 1960s. It is made from a white poplin cotton which has a blue pinstripe running through it. The shirt features a full button front which was becoming popular by the 1960s, replacing the earlier half placket design worn in the first half of the 20th Century.

The collar is neckband style made from the same material as the body of the shirt with the inside facing being white cotton. It is designed to be worn with a detachable collar but can also be worn without one. Below this the original label is still present to the interior and features typical early 1950-60s graphics. The brand name 'Lloyd' is present as are the words 'tailored and guaranteed'. The label has been torn along the top edge and tacked back in place at some stage.

It is important to remember that these shirts are cut very wide across the chest to allow them to be pulled on over the head so the true fit will be much smaller than the measurement provided. This shirt also features a french cuff which would usually be worn doubled back and will shorten the sleeve length by roughly 2".

The shirt is in good condition for its age with some limited signs of wear and use. It displays very well but may have small issues commensurate with age including a couple of marks to the rear. Please study the pictures.

A nice original mid-century shirt, typical of those worn in Great Britain during the 1950s and 1960s. 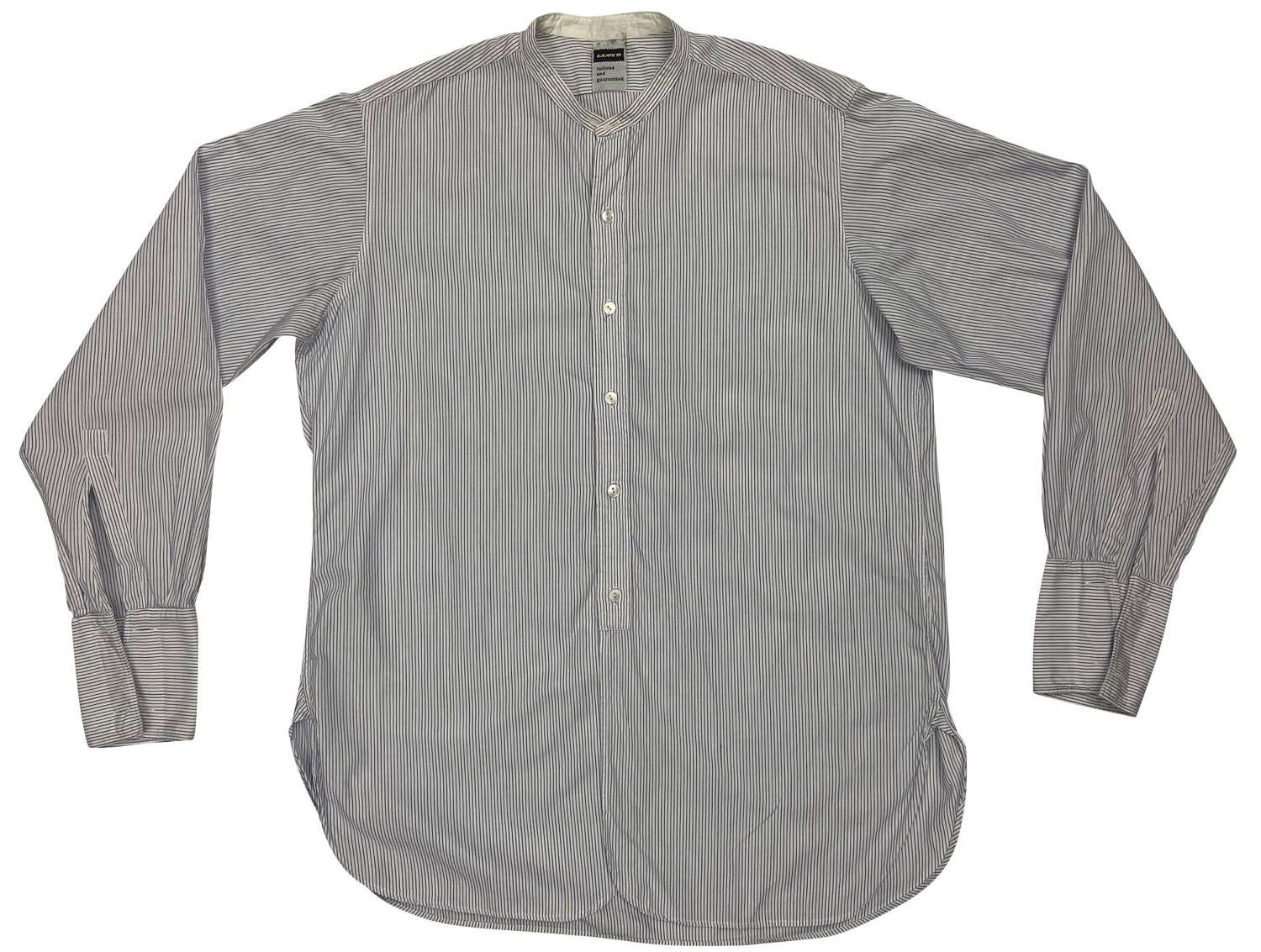 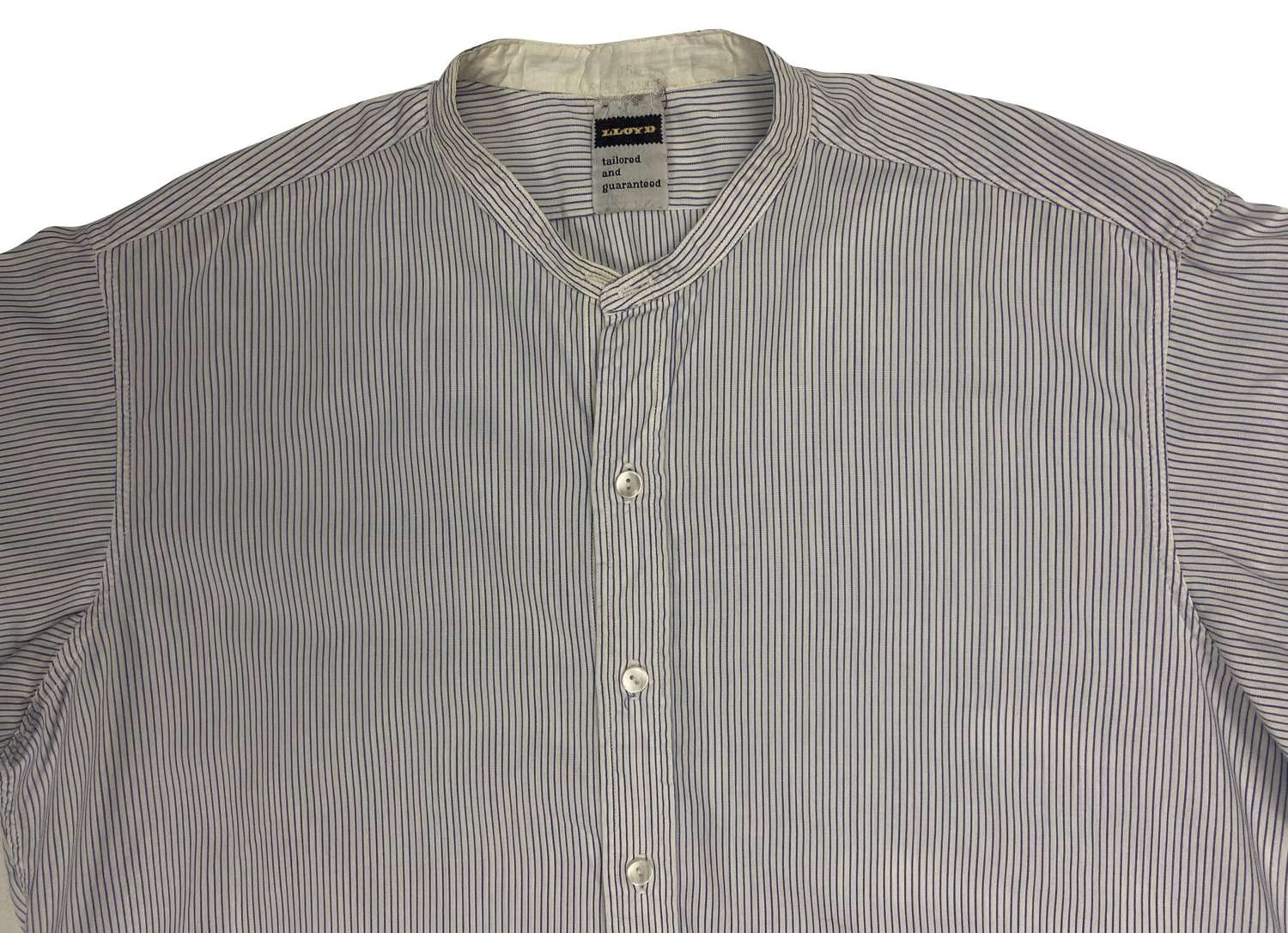 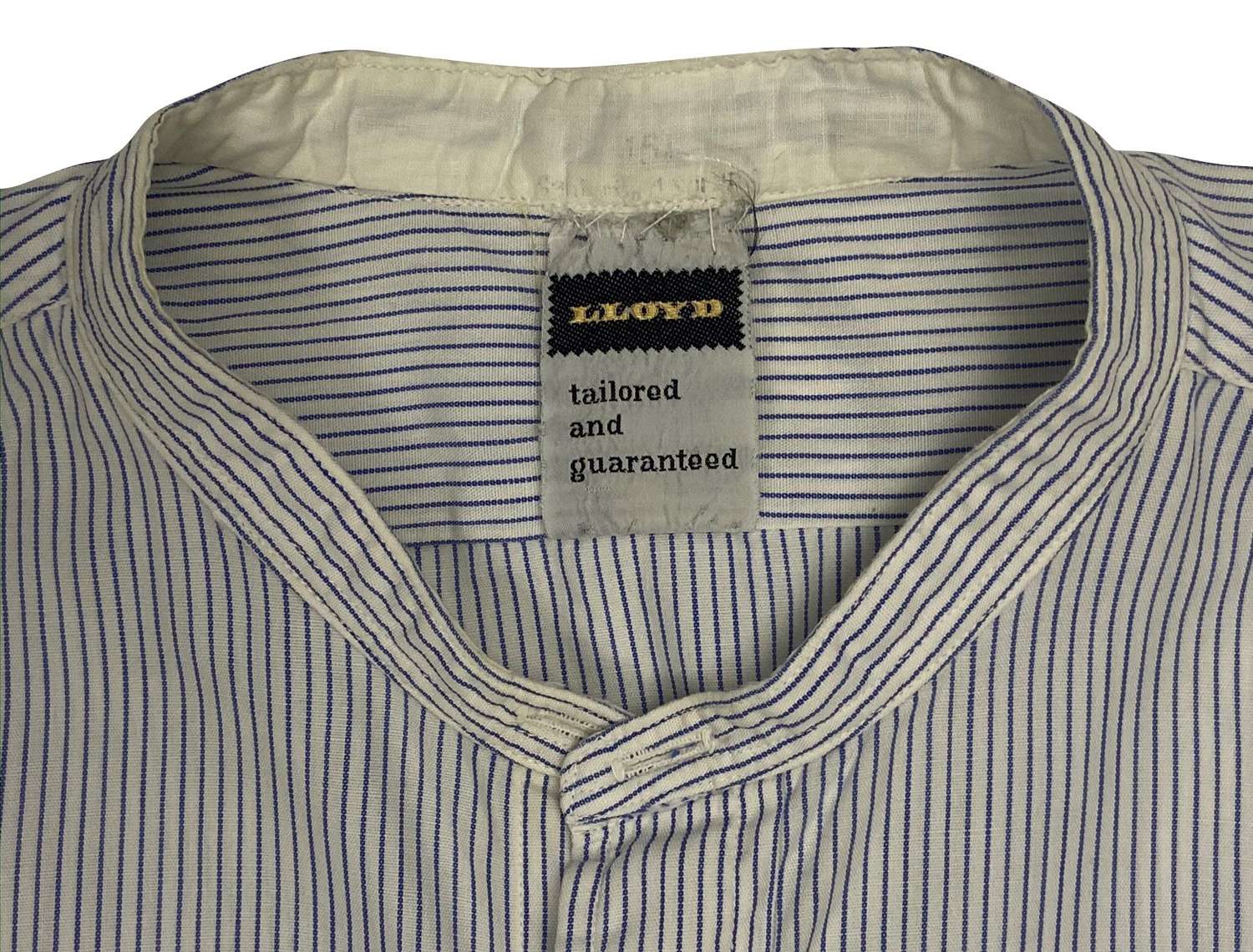 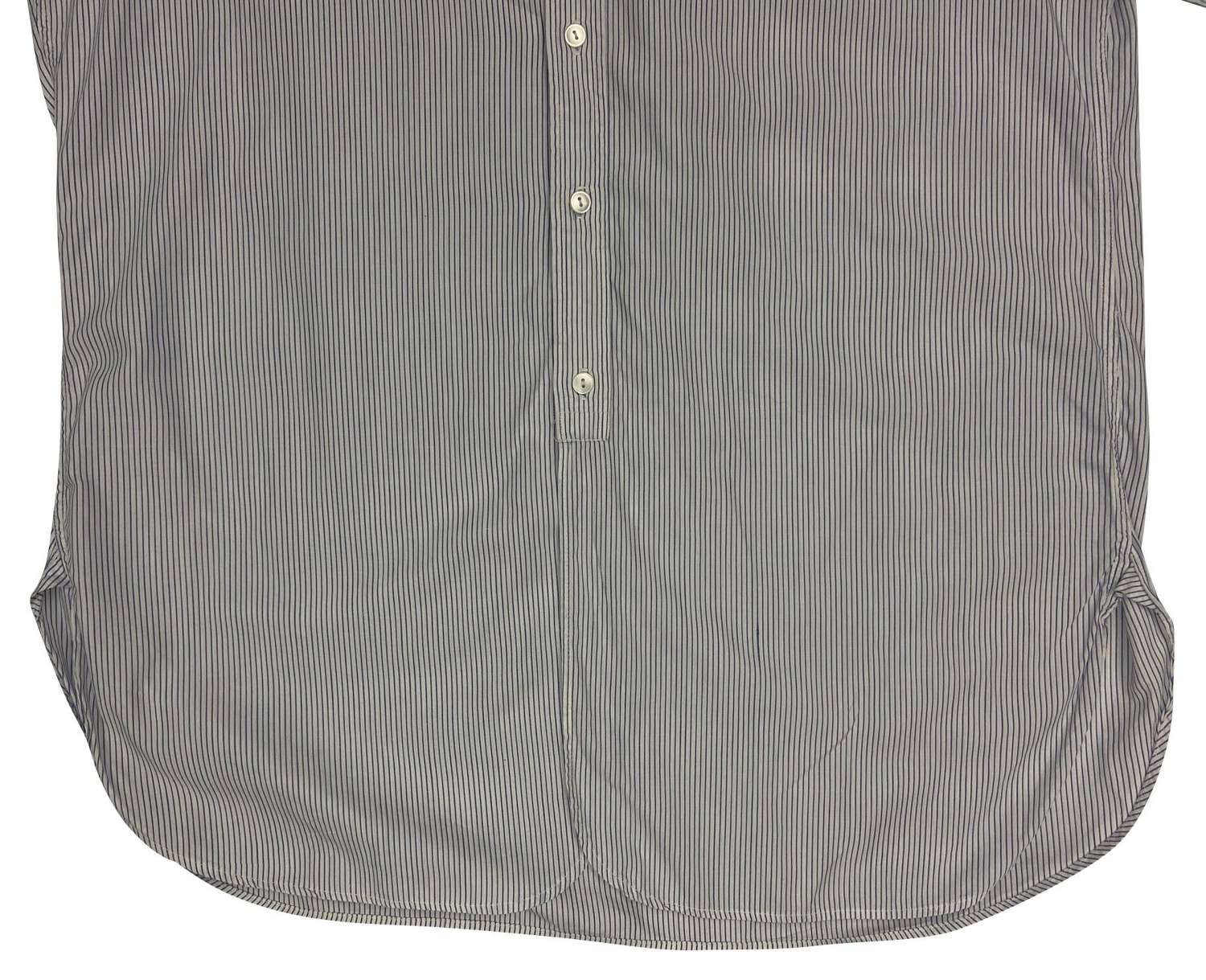 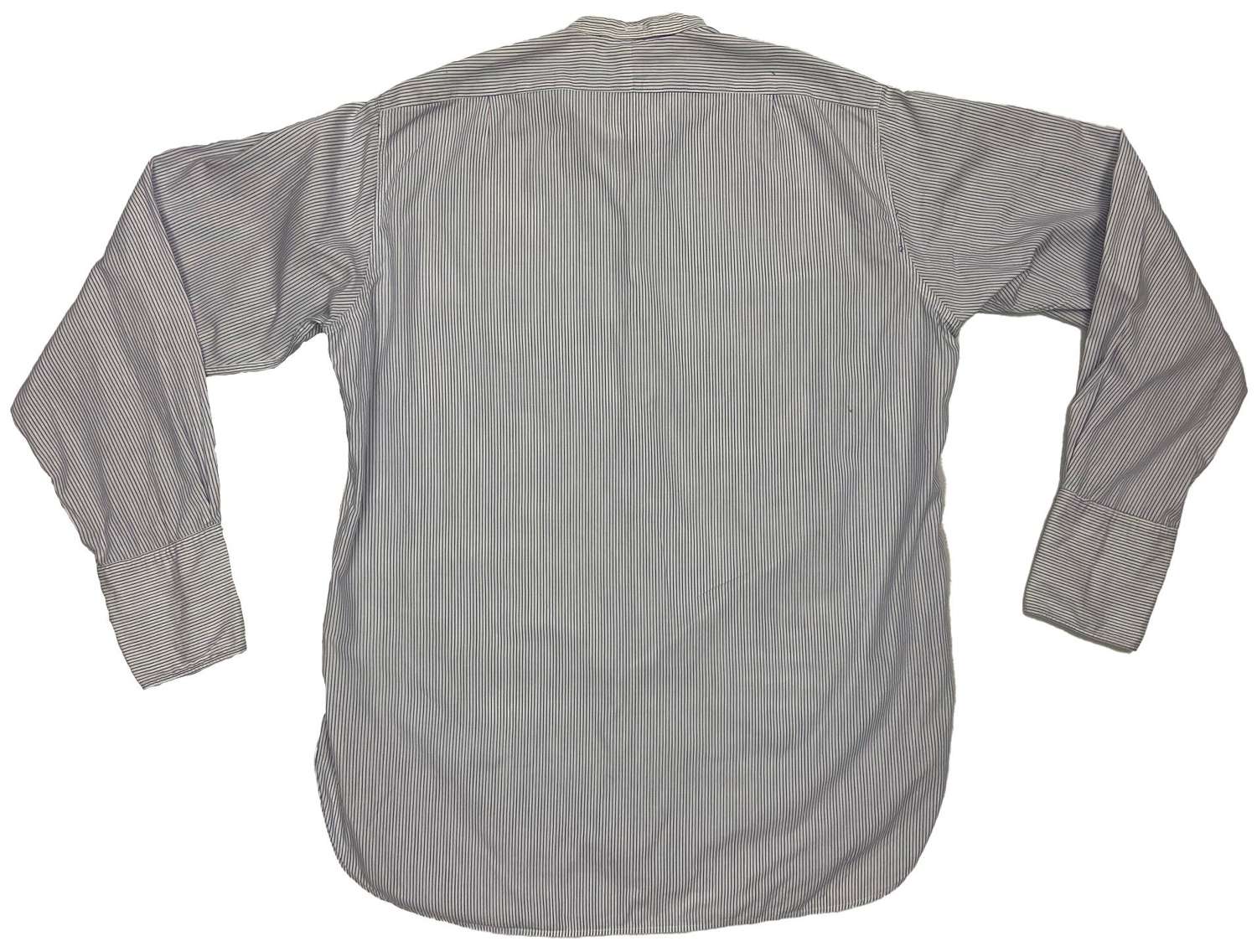