An original WW2 Jungle Green aertex blouse as used in the Far East by the British Army and RAF, clearly dated 1944.

This pattern of jacket was introduced in 1943 alongside the JG Battledress trousers. It is made from cellular cotton, often referred to as 'Aertex', which is a lightweight, breathable fabric which is ideally suited to hot climates. Based loosely on the woolen battledress the tunic is cut in a short 'blouson' style and features a full button front and waist belt. As well as this it features pleated chest pockets and an inner pocket. As this blouse was designed to be worn against the skin the button which fastens to the inner pocket is reversed and fastens through the inside of the breast pocket, meaning that the button can't rub on the wearers skin. All the buttons are the coconut husk type usually seen on Indian made clothing and the waist buckle is a simple, plain metal example.

Inside the jacket the original manufacturers markings are still present. The usual circular date stamp often found in Indian made items is present and bears the date of September 1944. Another date stamp can be seen to the left of this which again states 1944 as the year of manufacture. There is also the number 13 in a circular stamp which denotes the size.

The jacket is in fine condition and appears to be un-issued and unworn. It displays extremely well but may have small issues commensurate with age.

All in all a very nice example of this pattern of jacket with good clear date stamps. This would be very hard to better! 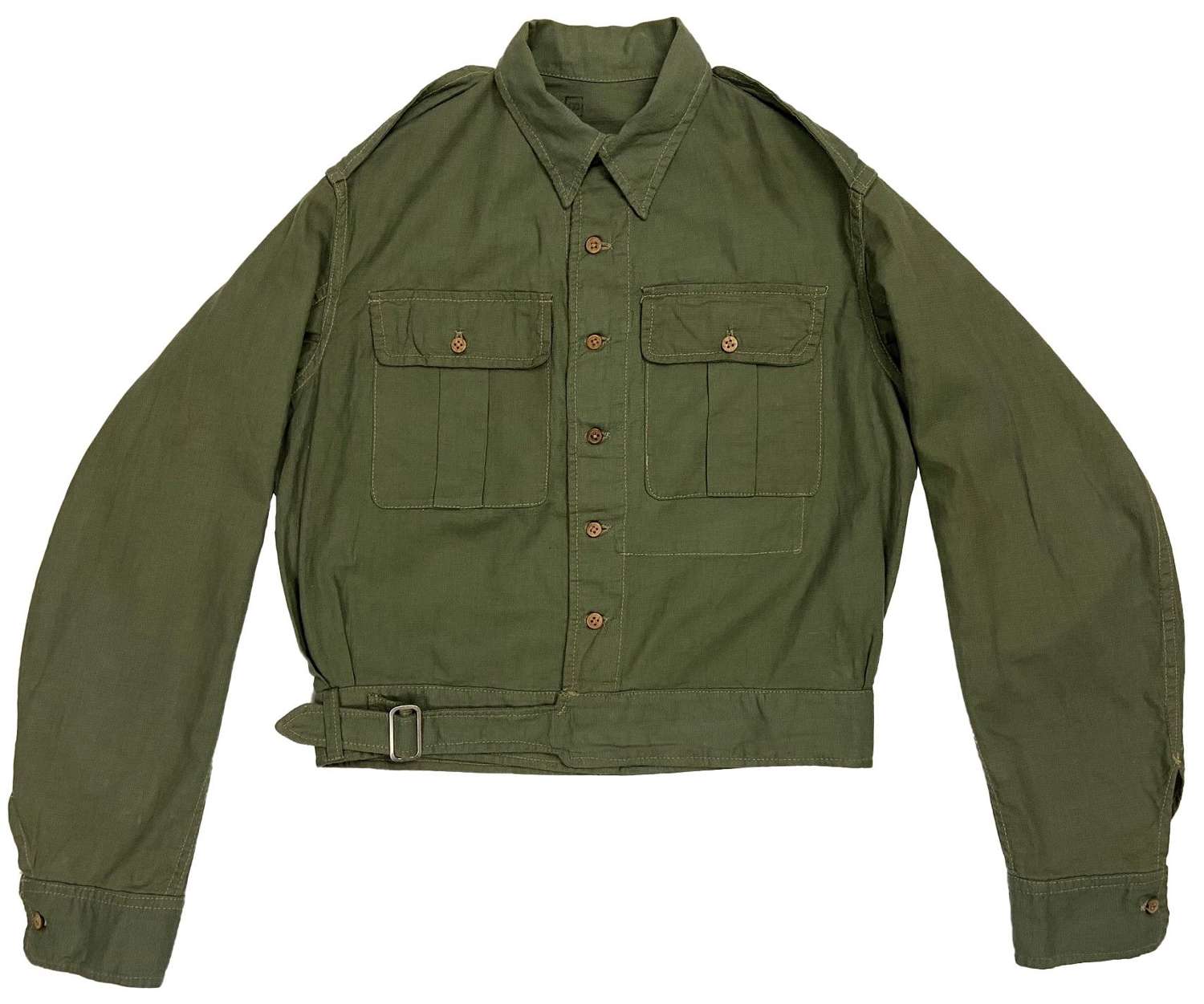 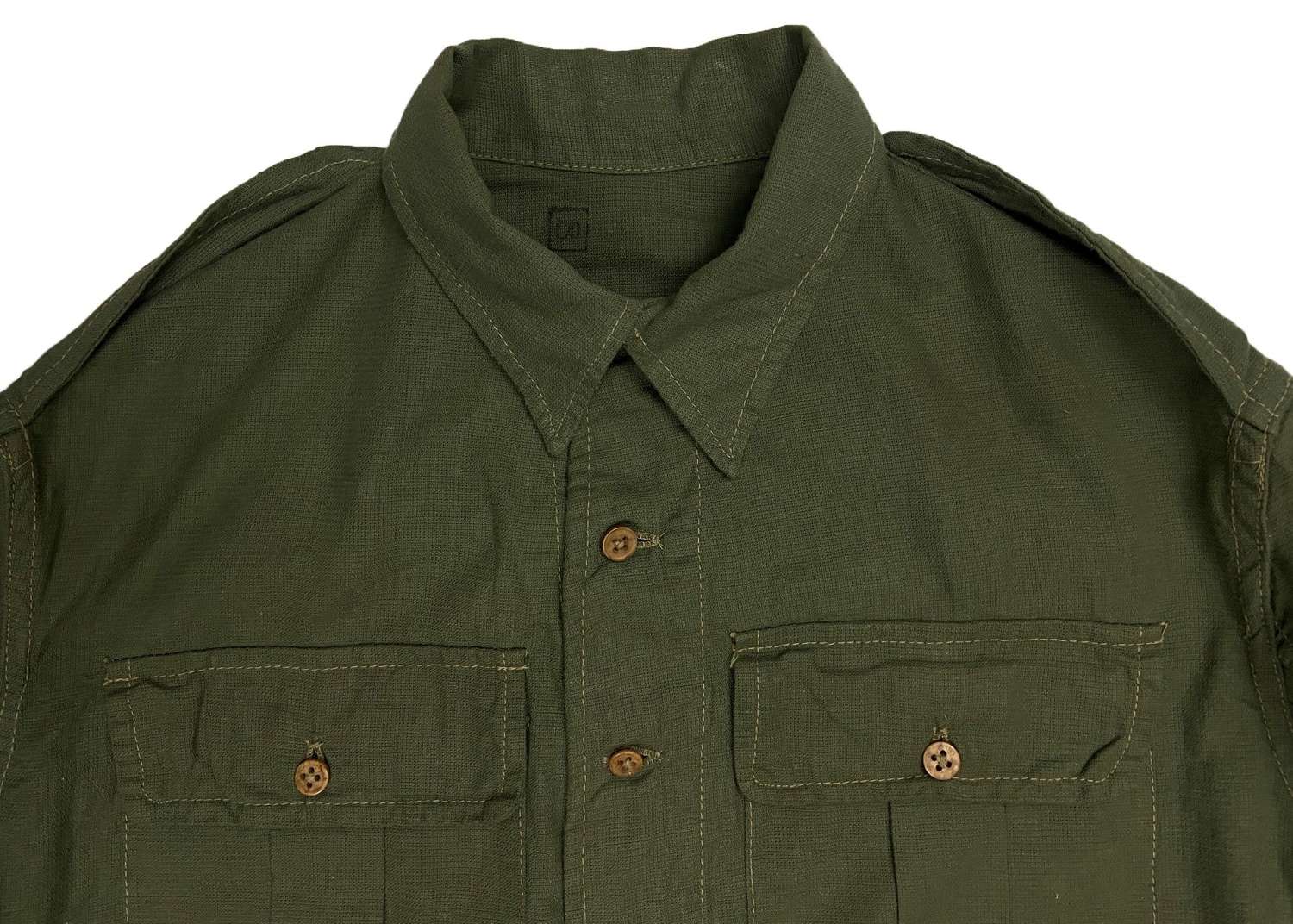 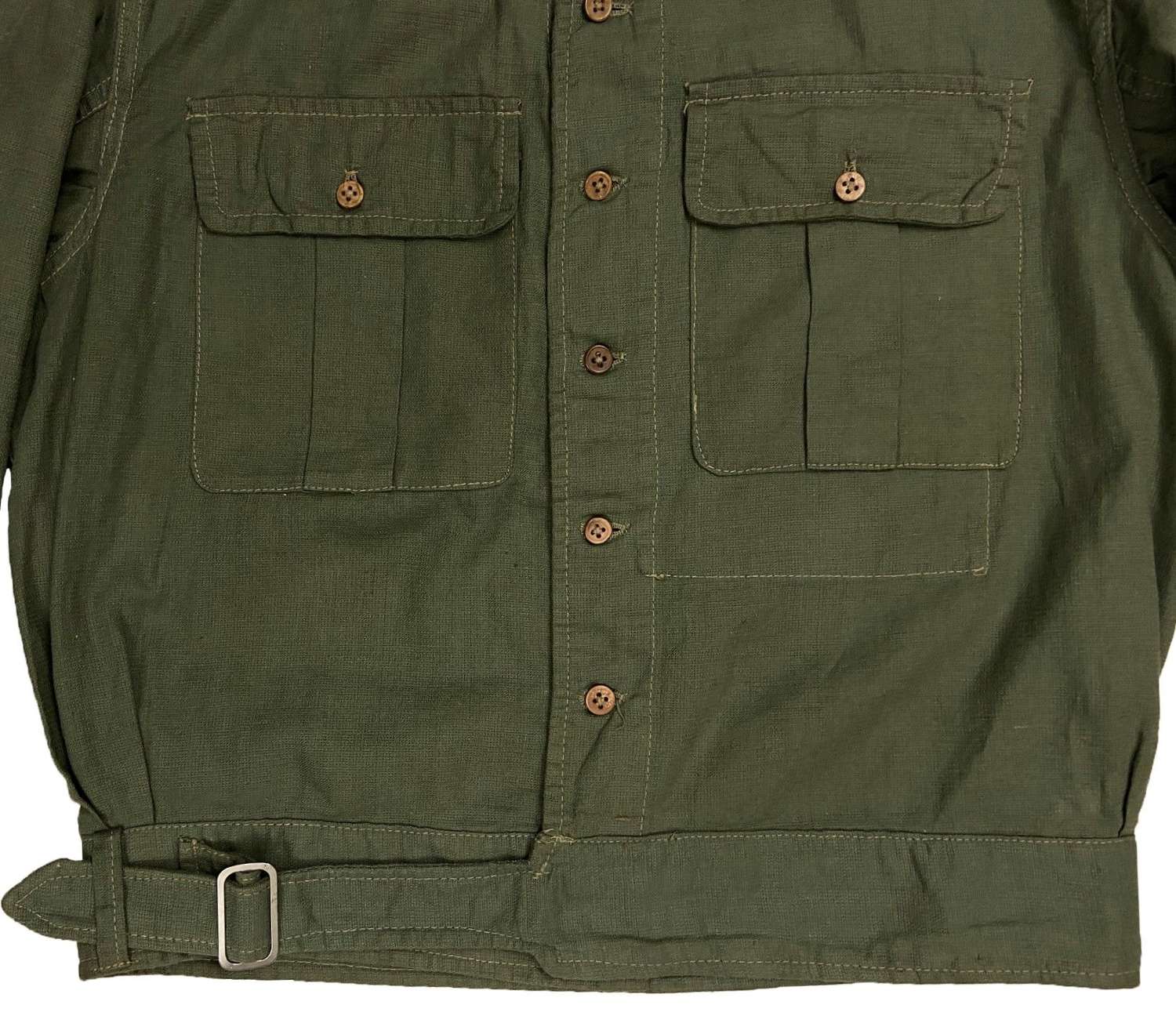 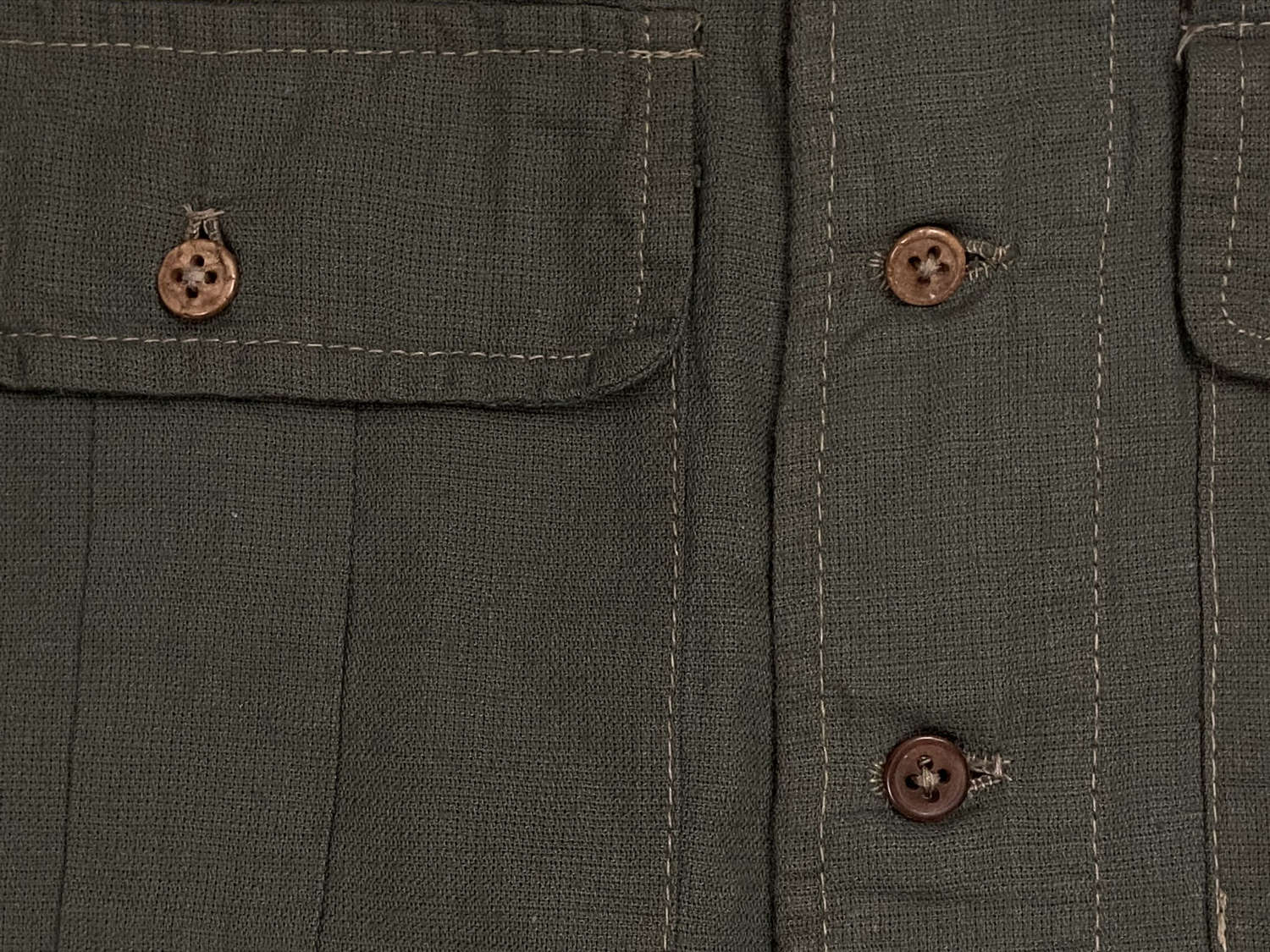 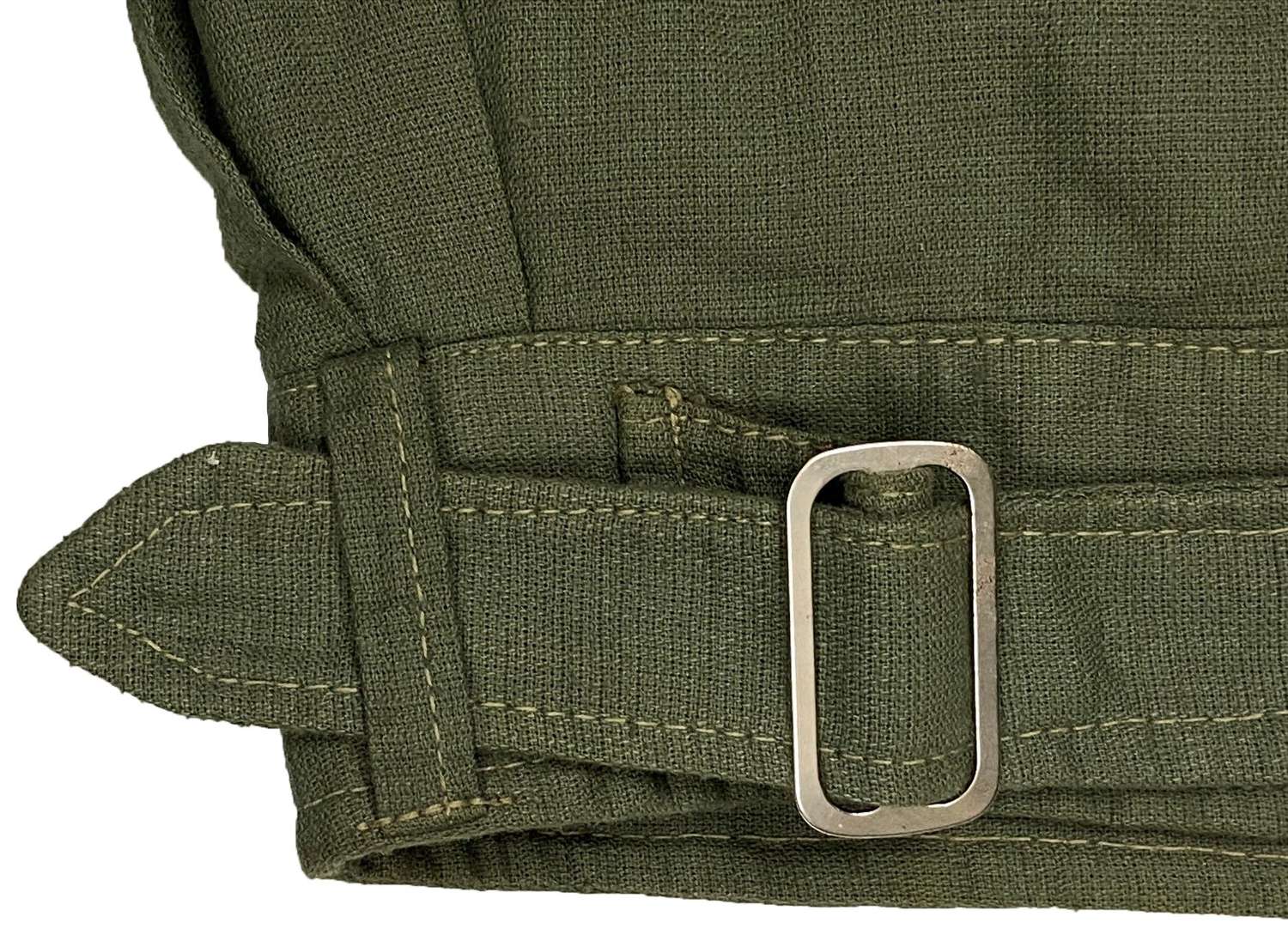 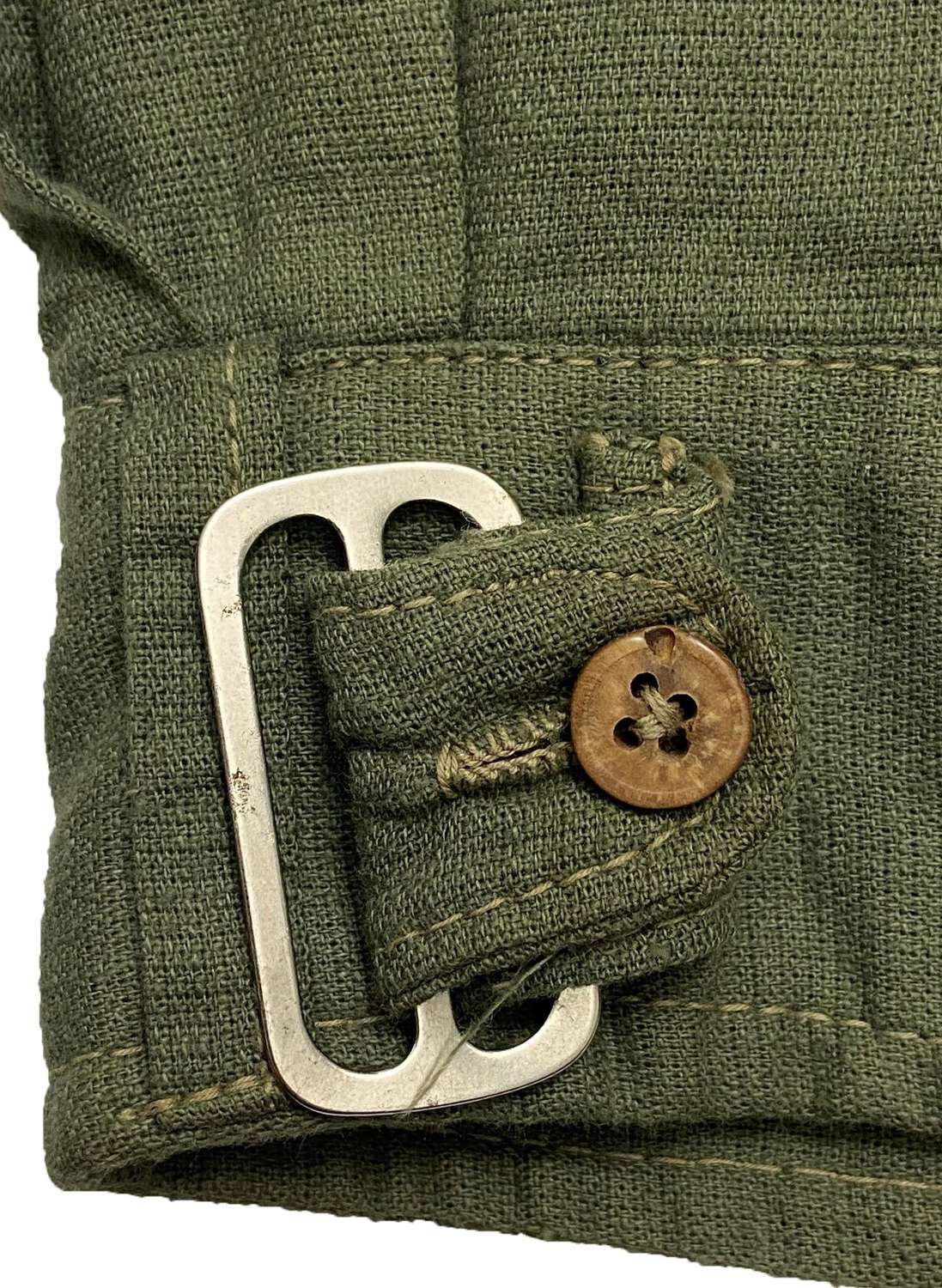 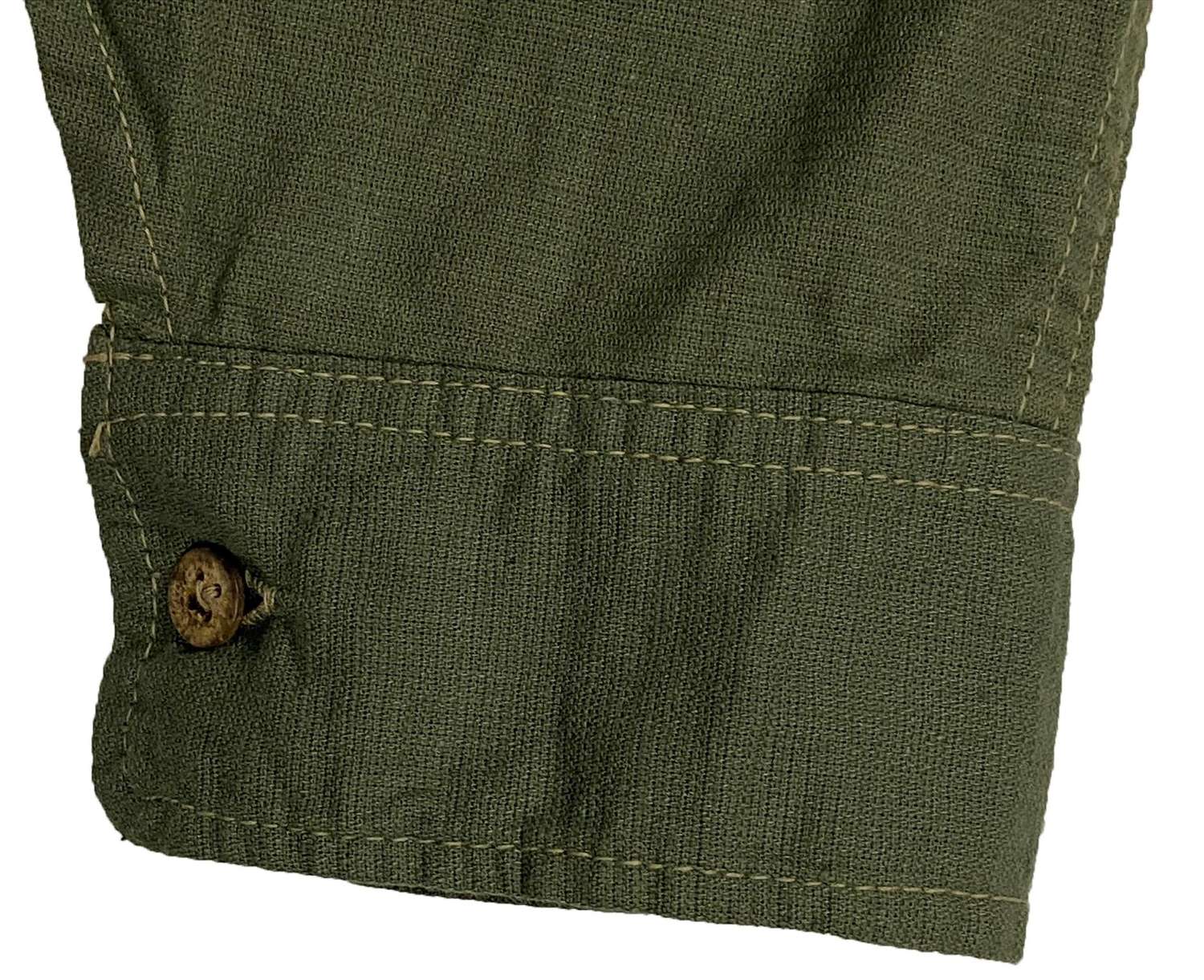 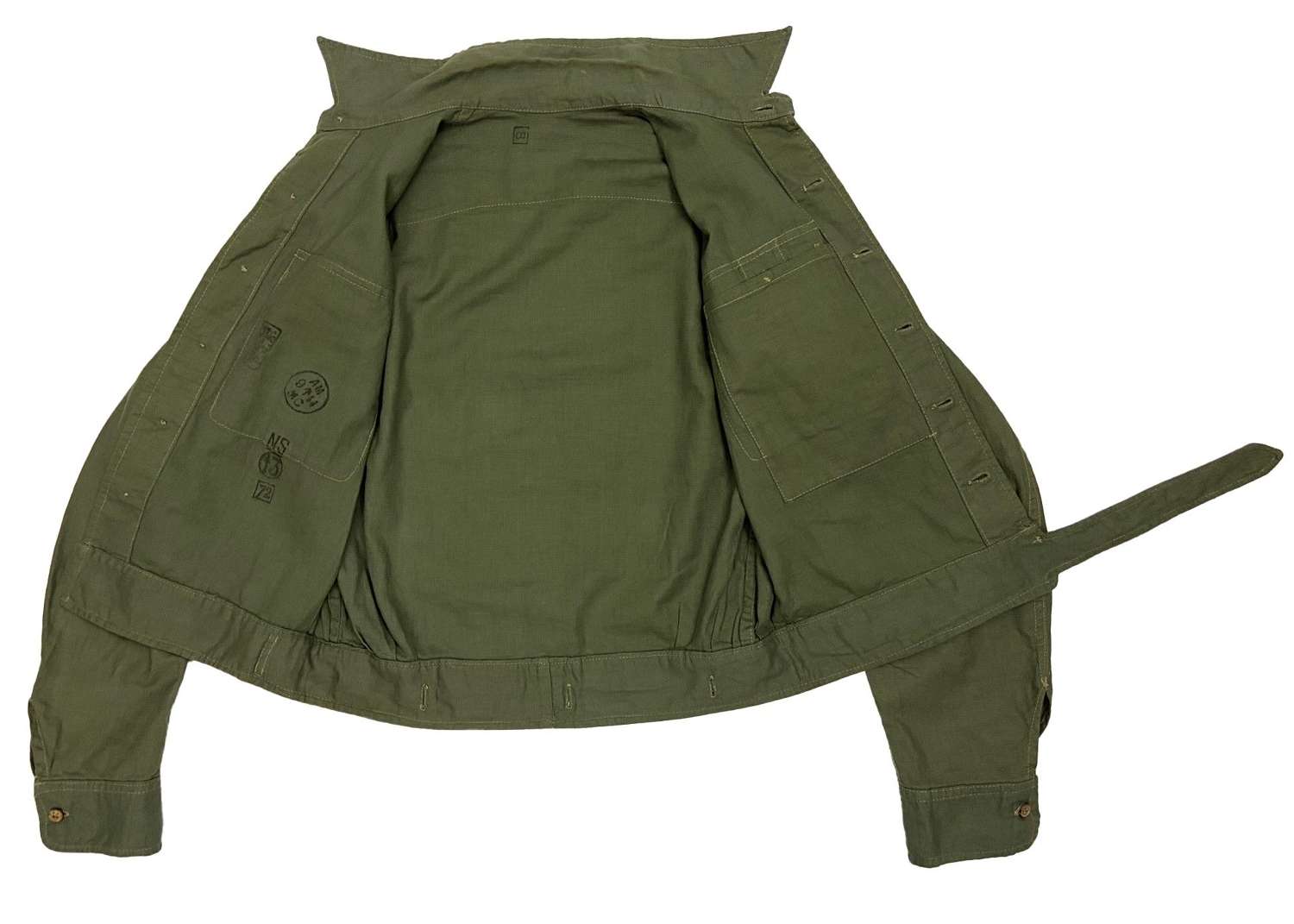 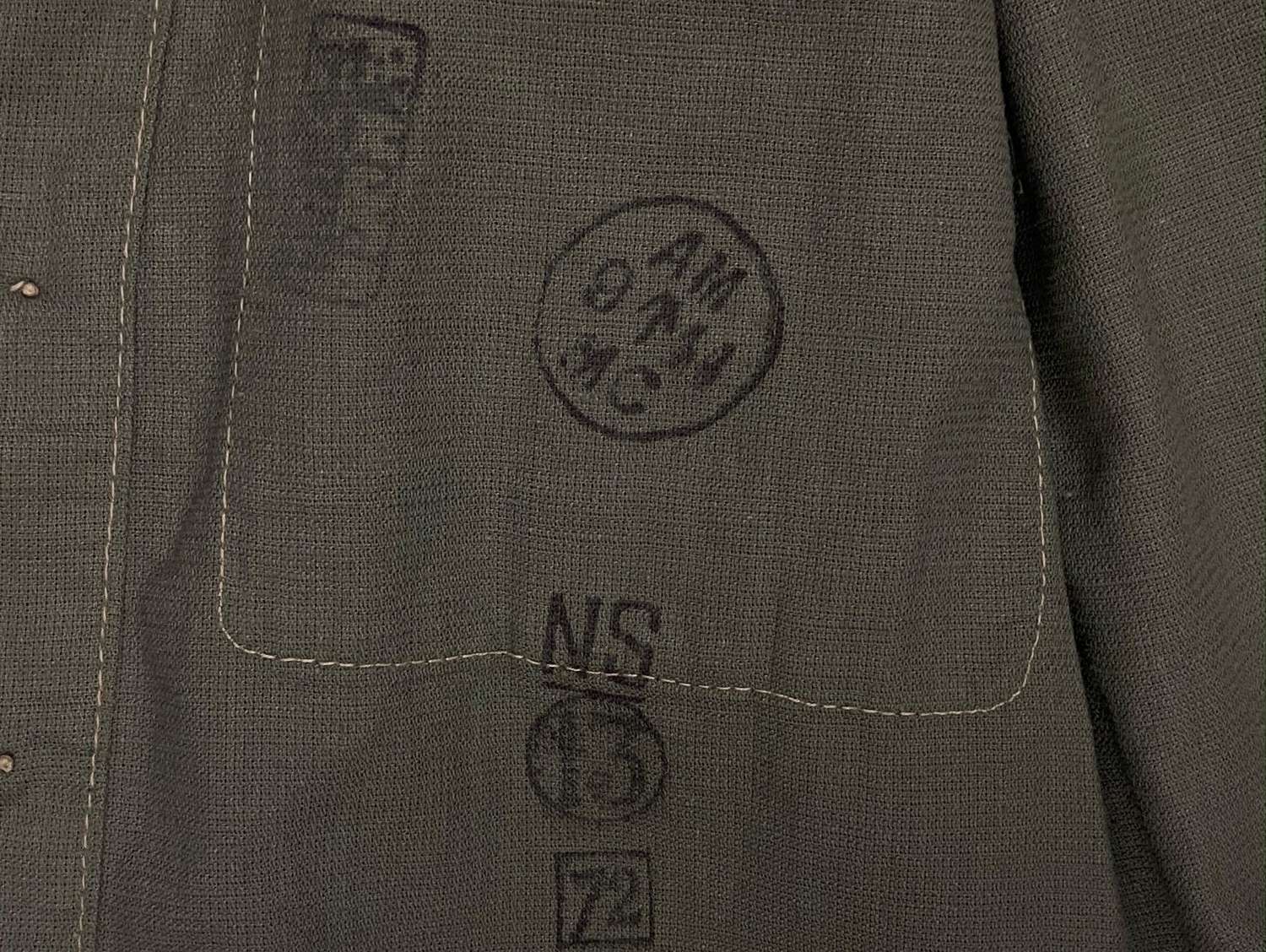 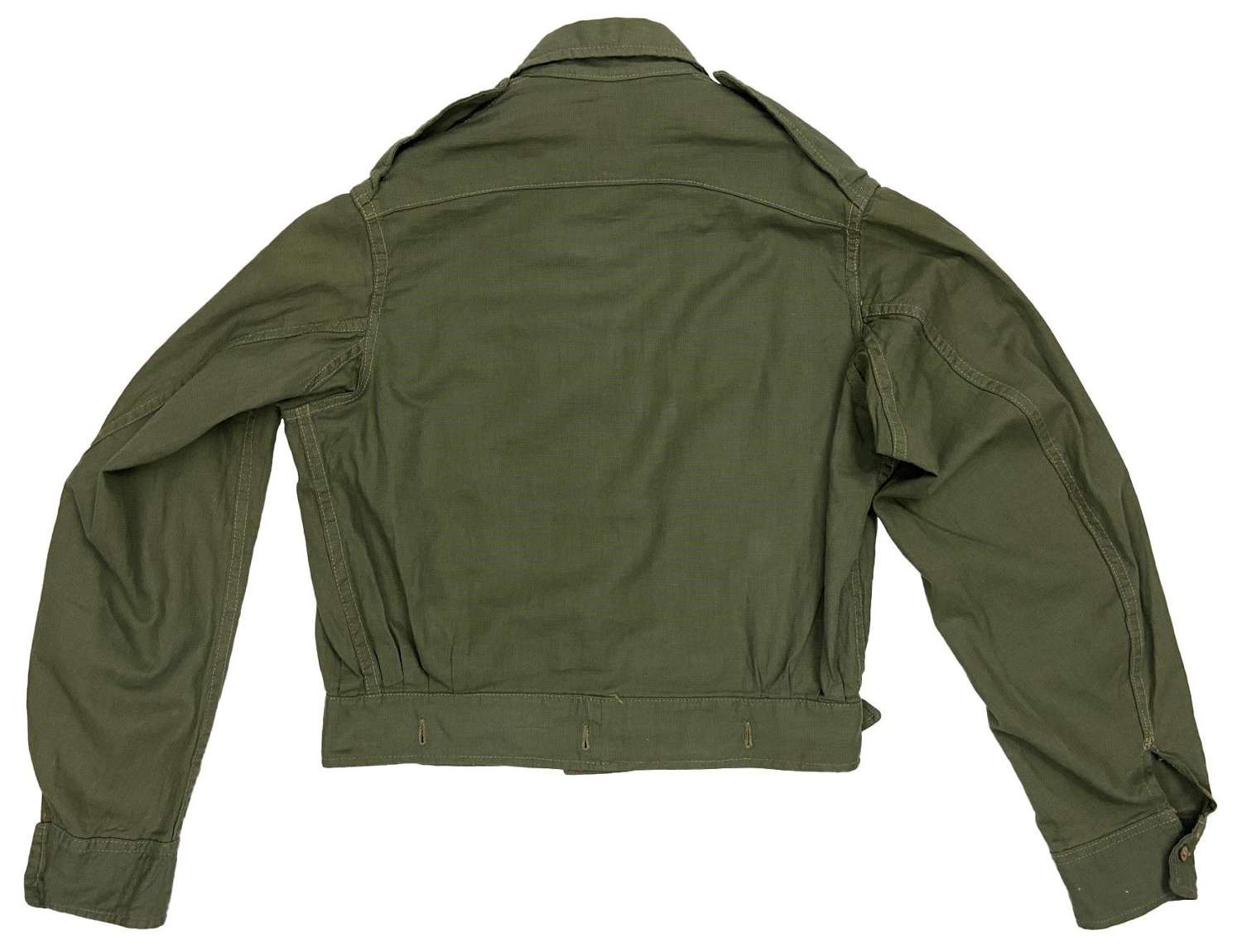