This pattern of button was used on French military items and clothing during the first half of the 20th Century. The bag features a long strap made from the same material as the body of the bag which would have most likely been worn across the body. The white colour suggests this was perhaps a medical item.

The bag fastens with a single button to the front. There are three more buttons to the interior which would allow the flap to fasten in different ways.

The bag is in very good condition as can be seen in the pictures. There are only limited signs of wear and use and it displays very well. 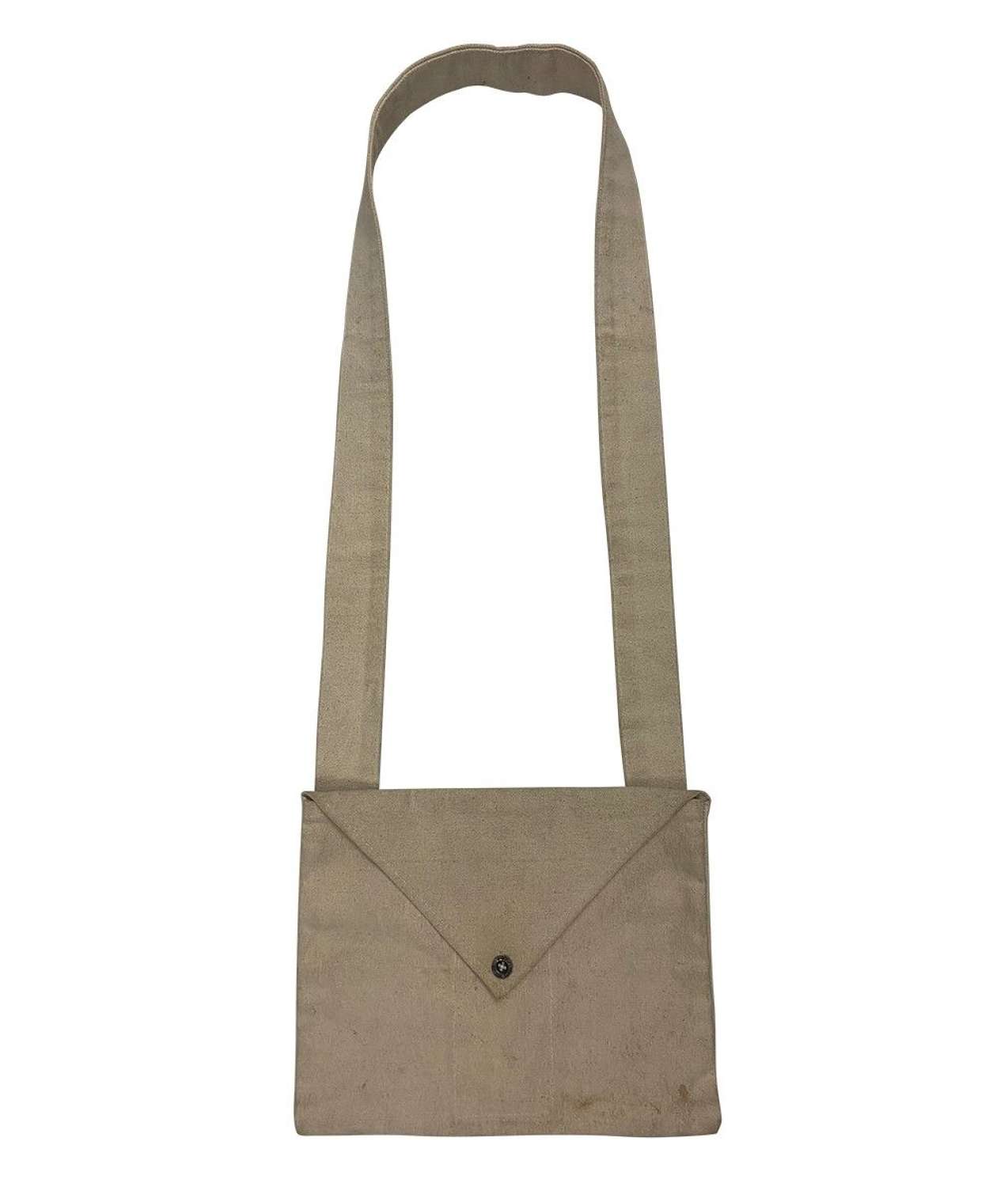 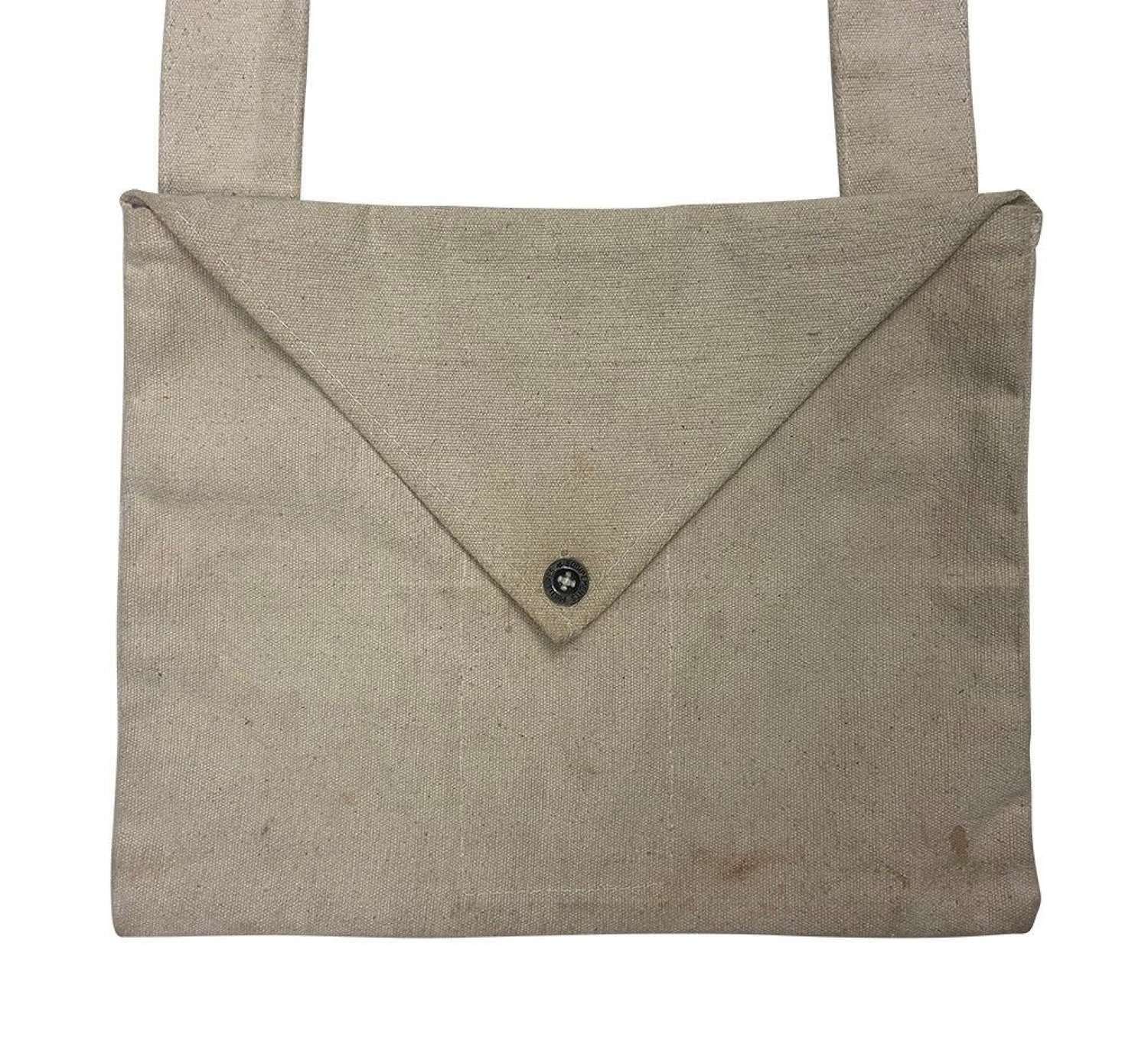 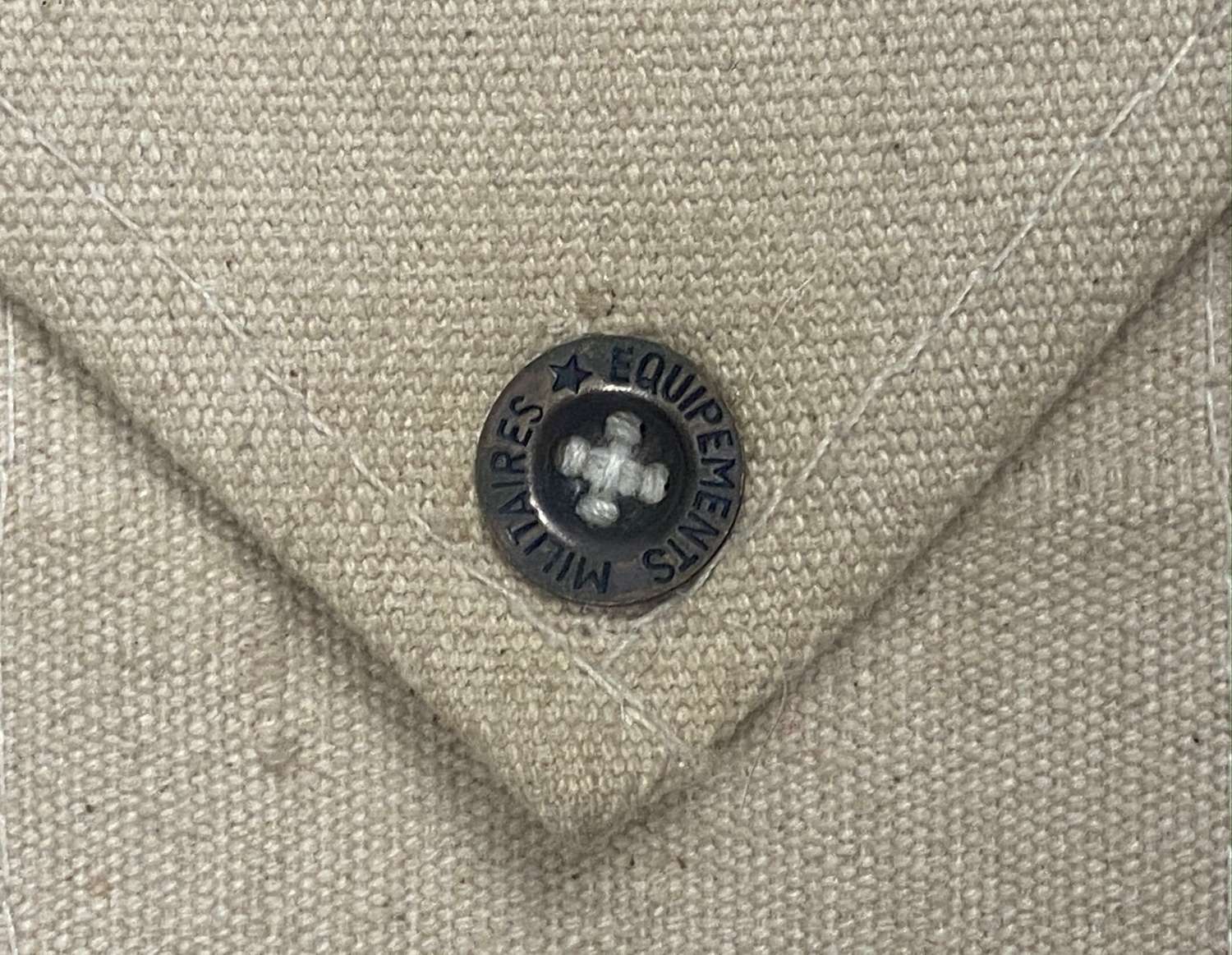 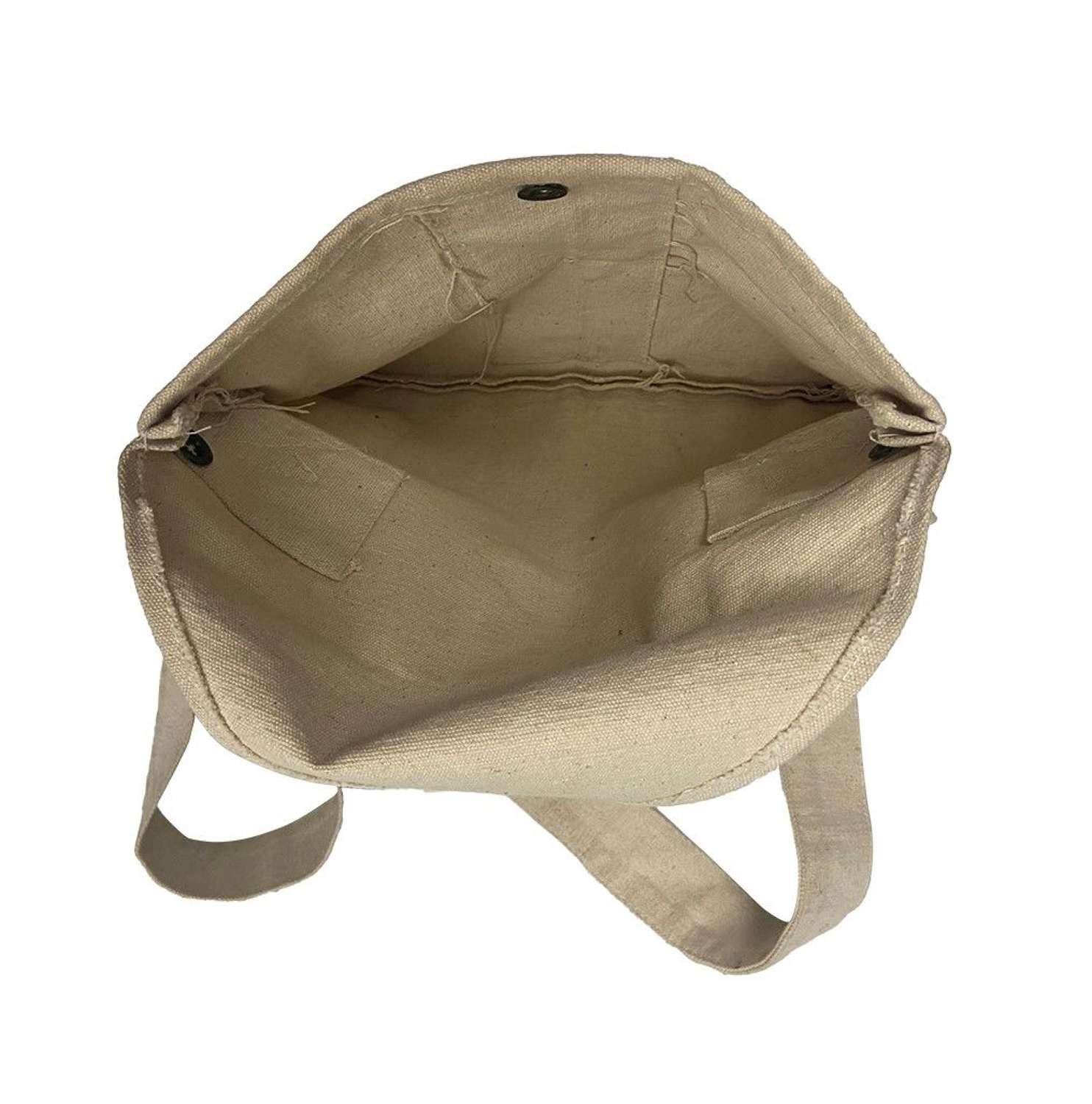 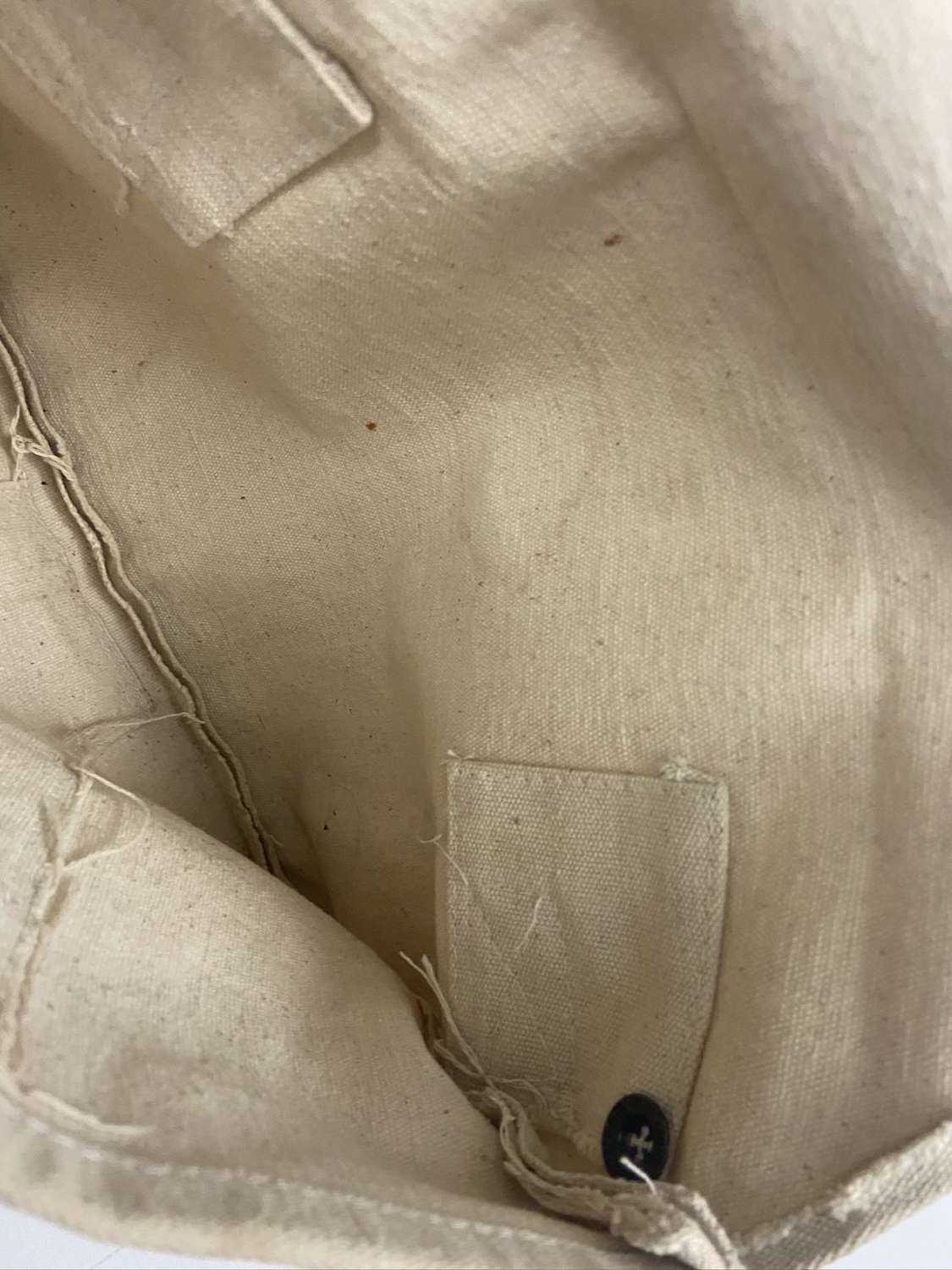 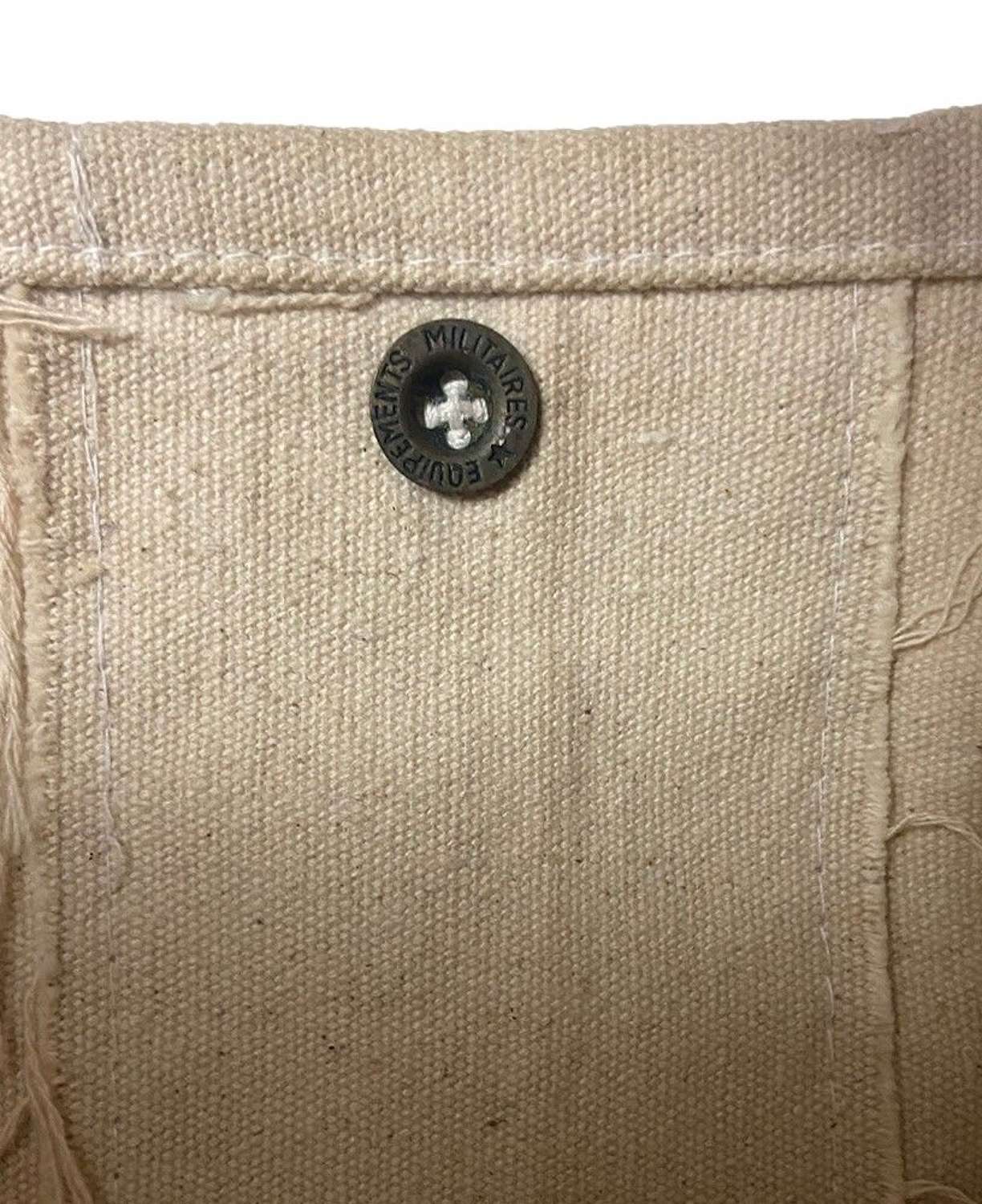 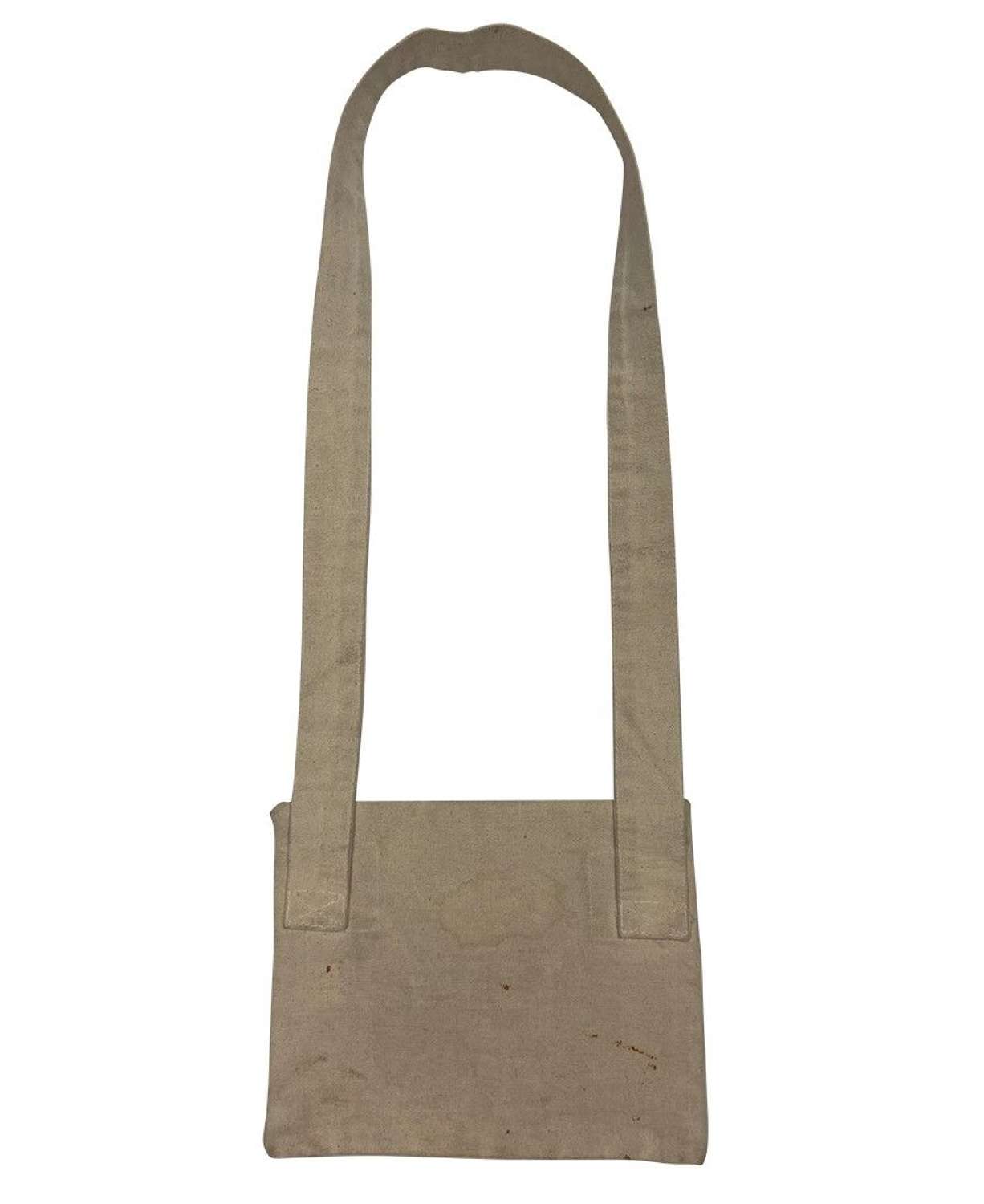