This shirt is typical of those made and worn during the 1940s and 1950s. It is made from a white pinstriped poplin cotton and is of half placket design which is pulled on over the head.This design was prevalent from the Victorian period through to the 1950s when full button front shirts started to gain popularity.

The collar is neckband style made from the same material as the body of the shirt. It is designed to be worn with a detachable collar but can also be worn without one. A button has been added to the front so it can be fastened and worn done up to the neck without the use of a collar stud - not an uncommon modification. Below this the original label is still present to the interior and features typical early 1950s graphics. The brand name 'Simplex' is embroidered in red on white.

The shirt is a smaller size and when laid flat measures -

It is important to remember that these shirts are cut very wide across the chest to allow them to be pulled on over the head so the true fit will be much smaller than the measurement provided.

The shirt is in good condition as can be seen in the pictures and is still very wearable. It has a couple of marks to the front and another similar one to the sleeve which have been reflected in the price.

All in all a nice mid century shirt with a great label. 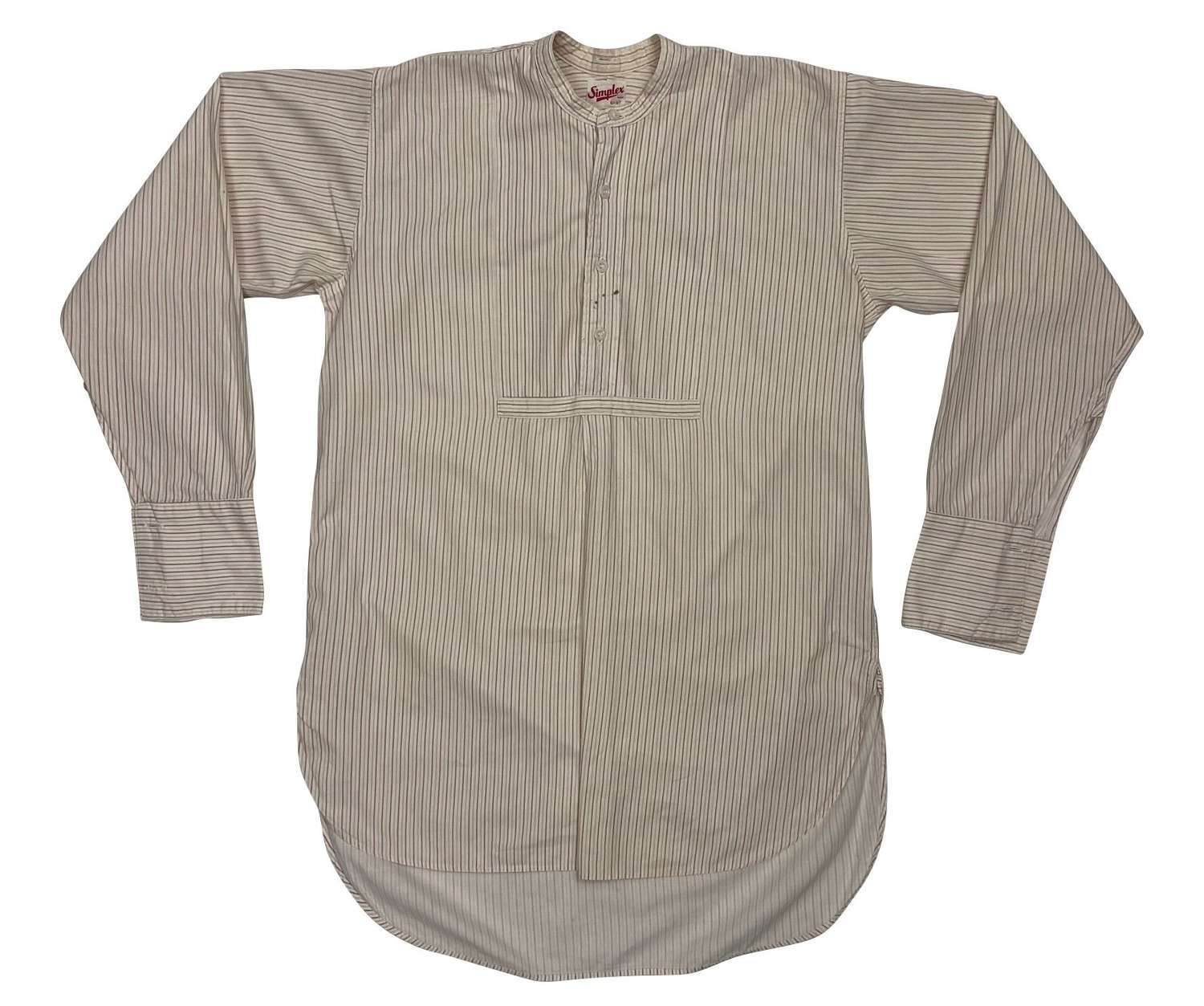 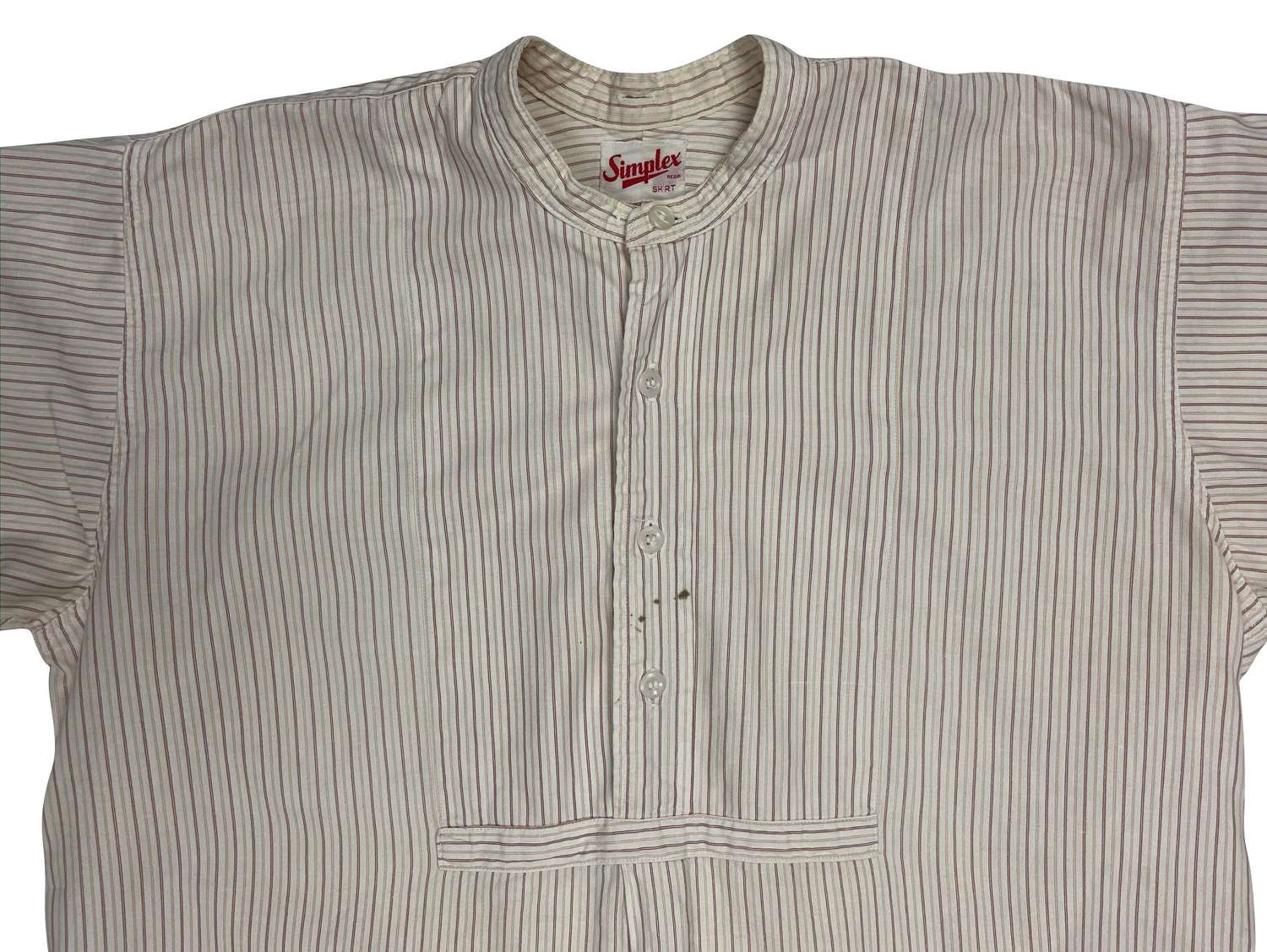 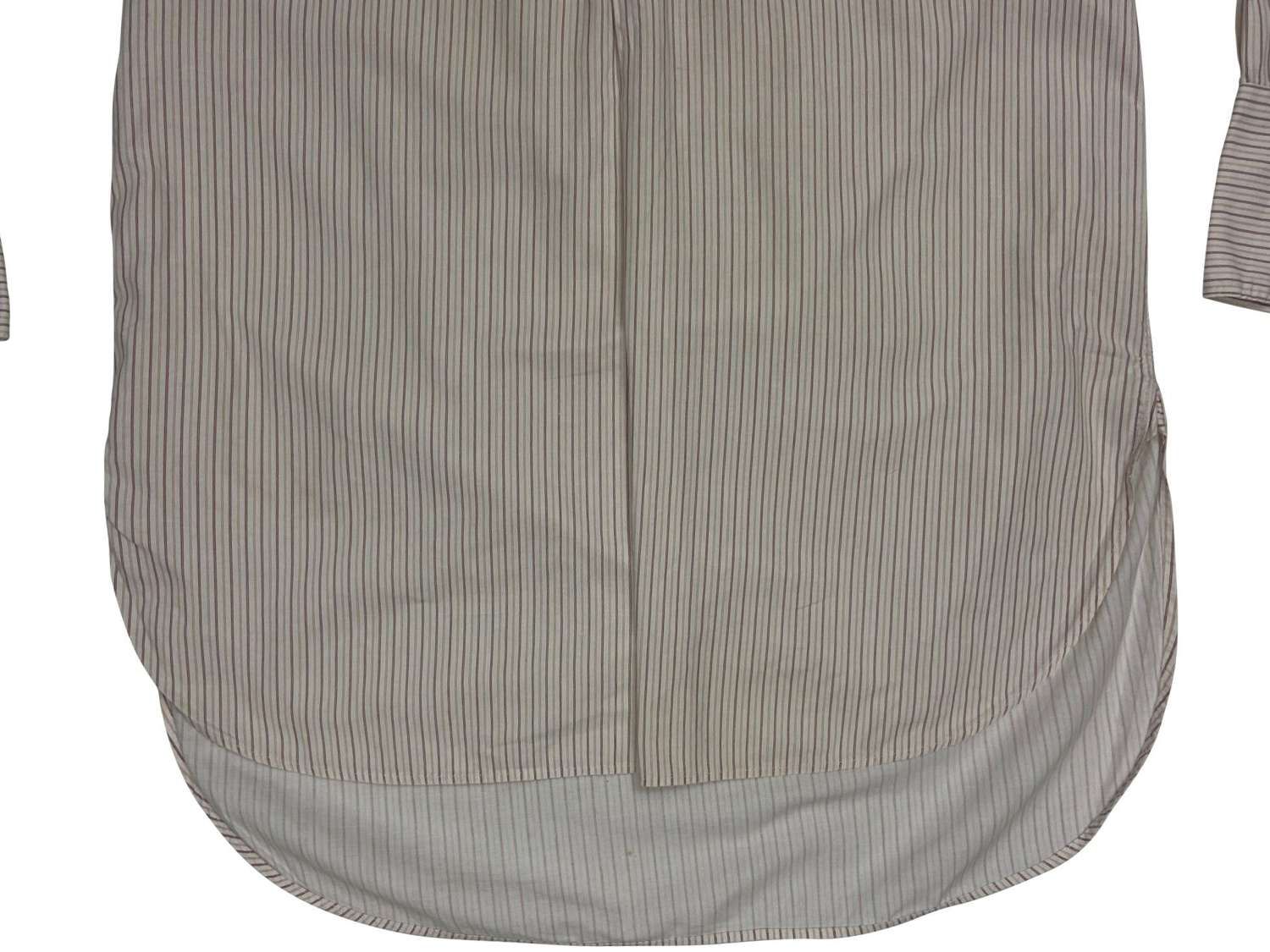 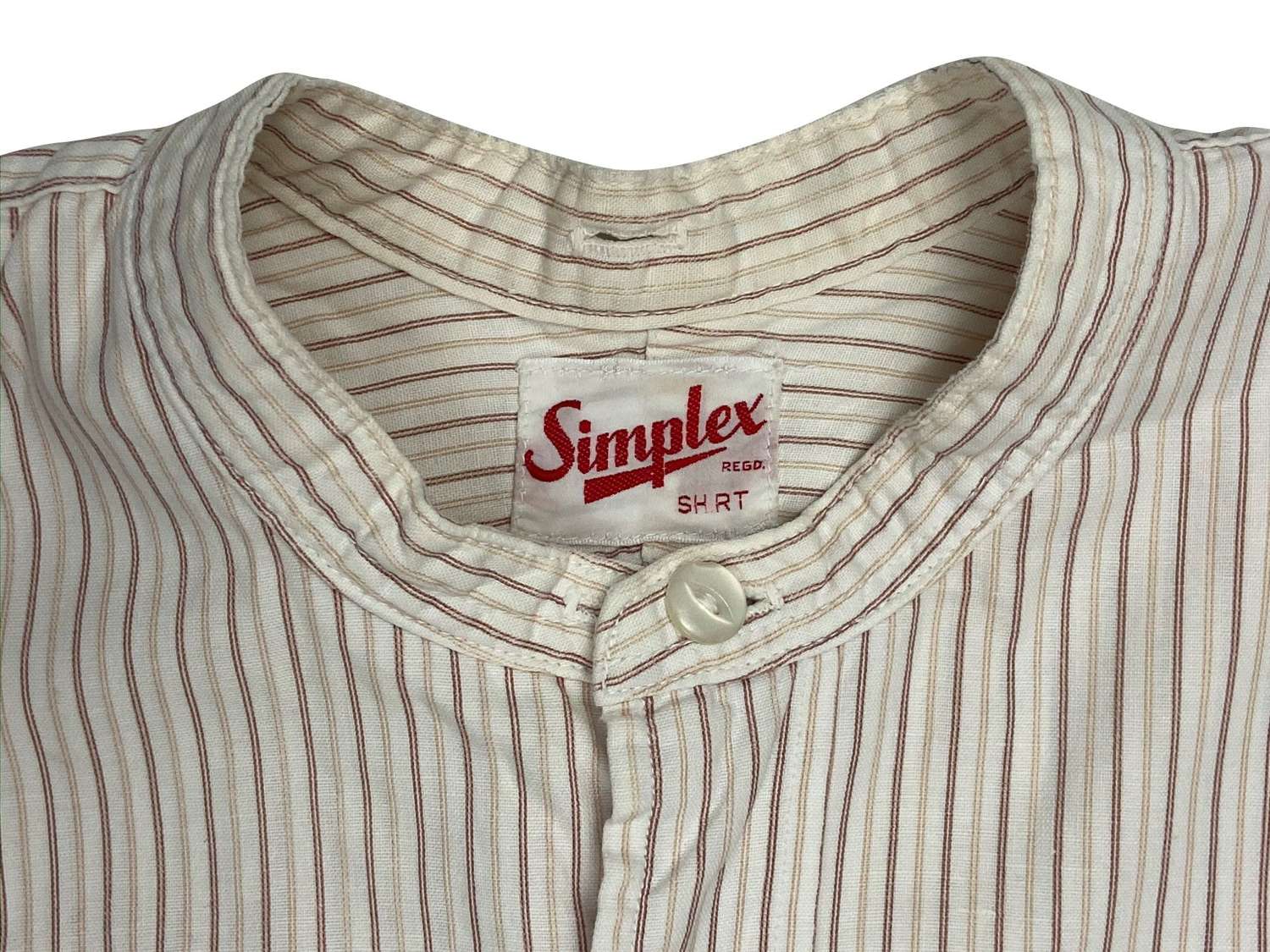 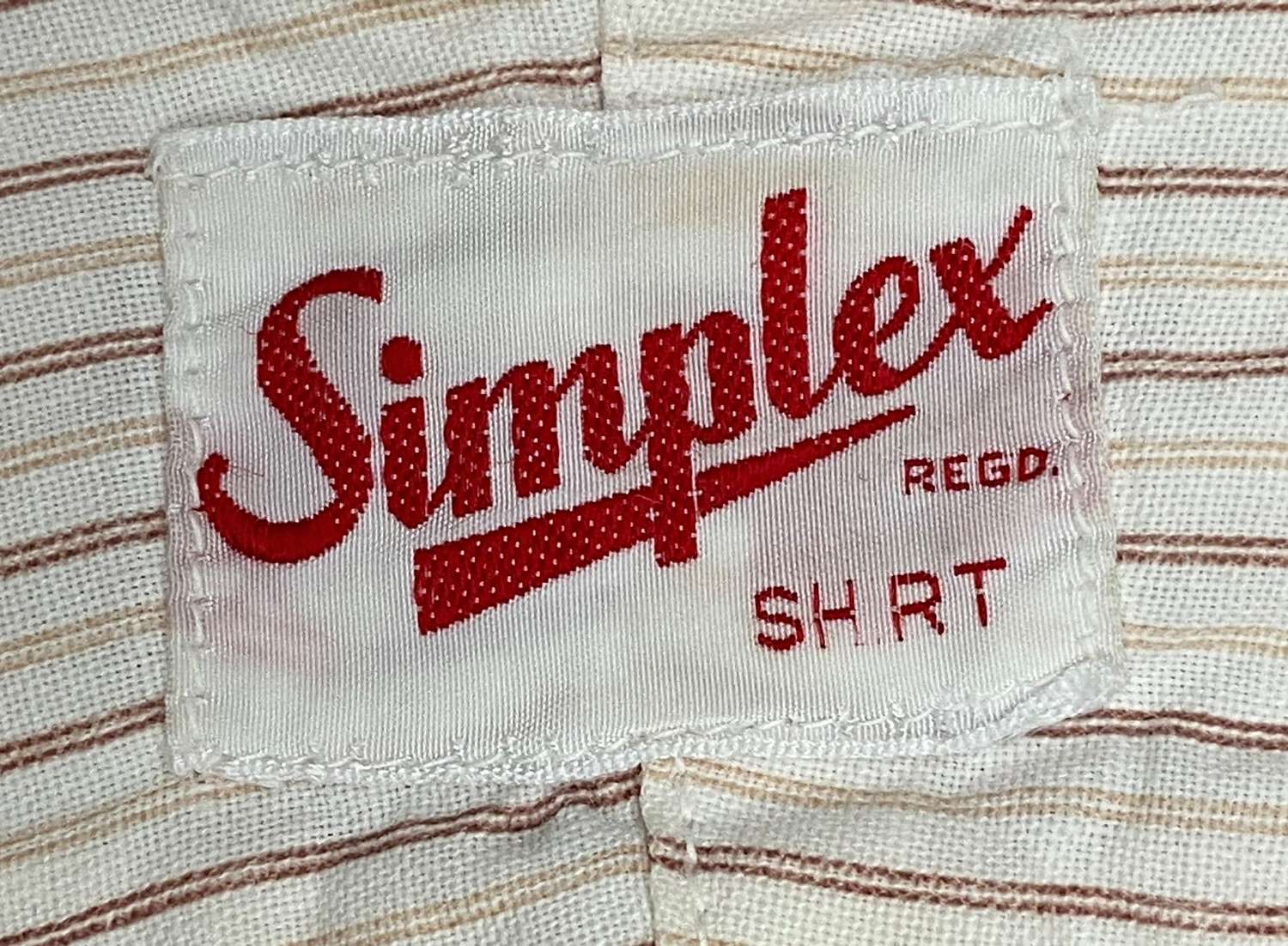 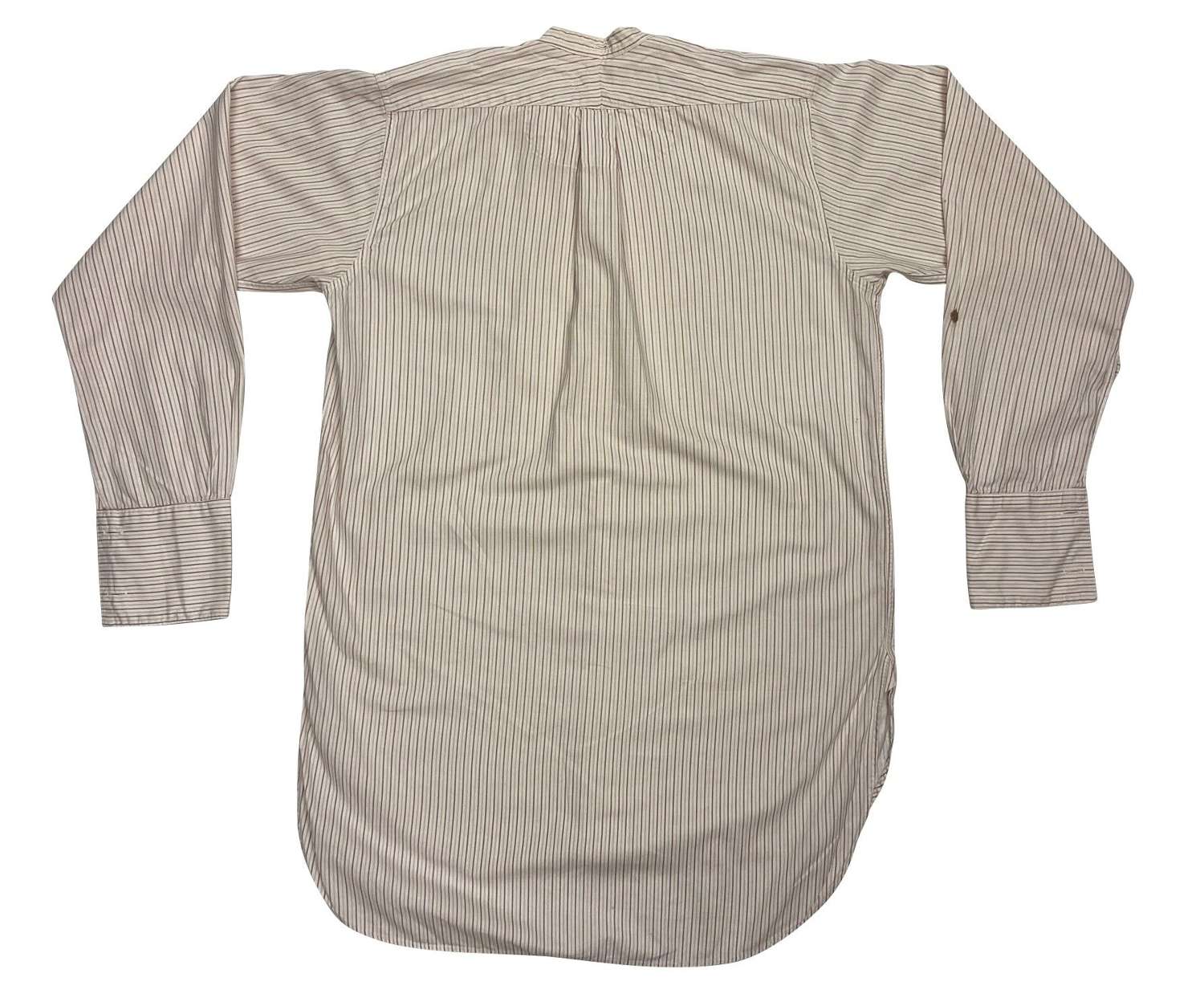 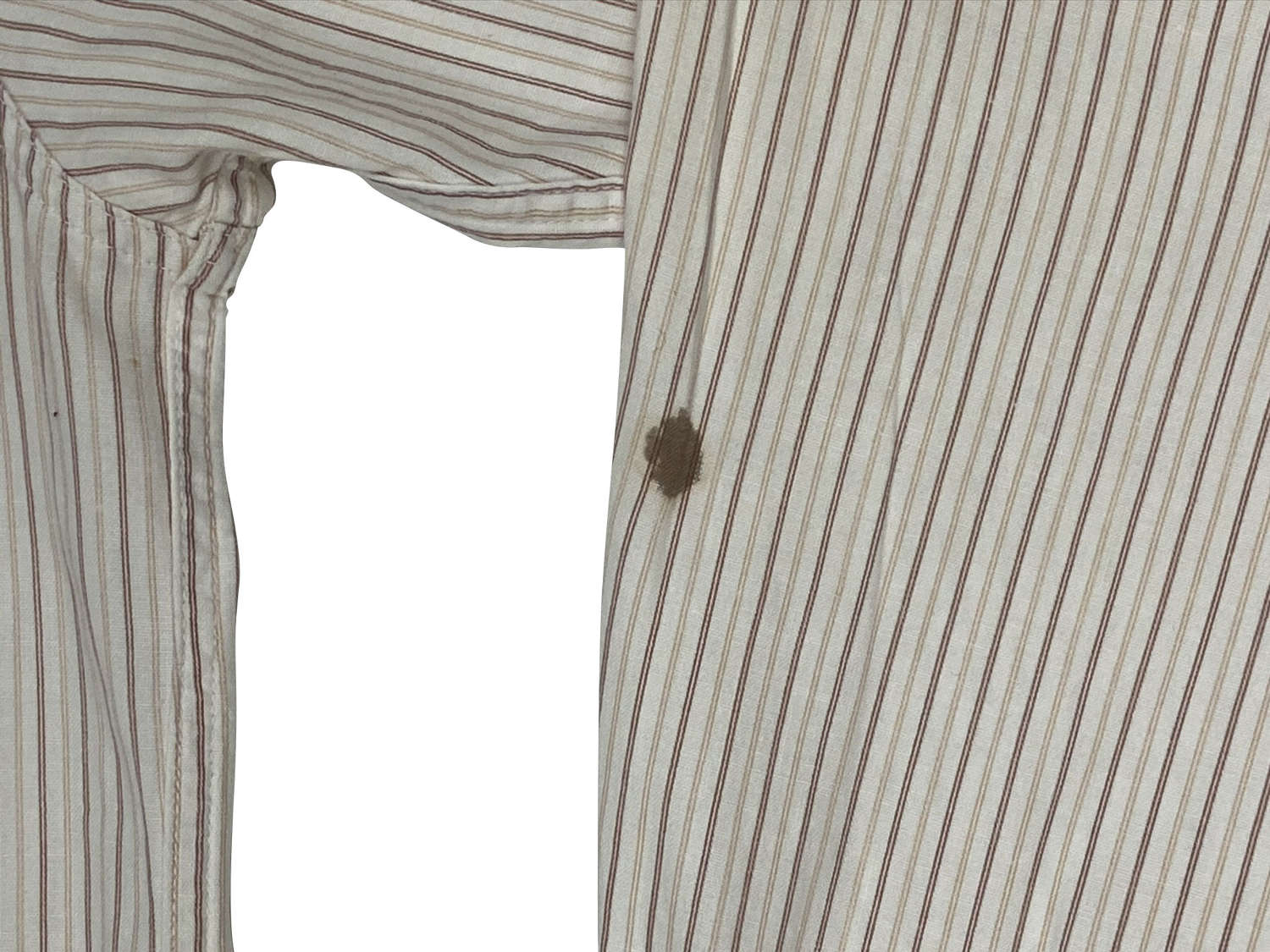