The shirt is made from a lightweight cotton which is white with a red box check. It features a 'double front', sometimes called a bib front and can be seen on the chest. The shirt has french cuffs which have had a button fitted to them so that it can be worn without cufflinks. This could be removed so that cufflinks could be worn if desired.

Inside the shirt the original label is still present and features typically 1950s graphics. It states the maker as 'Weltus' and the also reads 'Sanforized Regd Shrunk Fabric'. Above this and printed directly onto the neckband, the number '16' can be seen and denotes the collar size. When laid flat the shirt measures -

The shirt is in good condition with only limited signs of wear and use.  Overall it displays well but please bear in mind that this is a pre-worn, vintage shirt which may have small issues consummate with age. 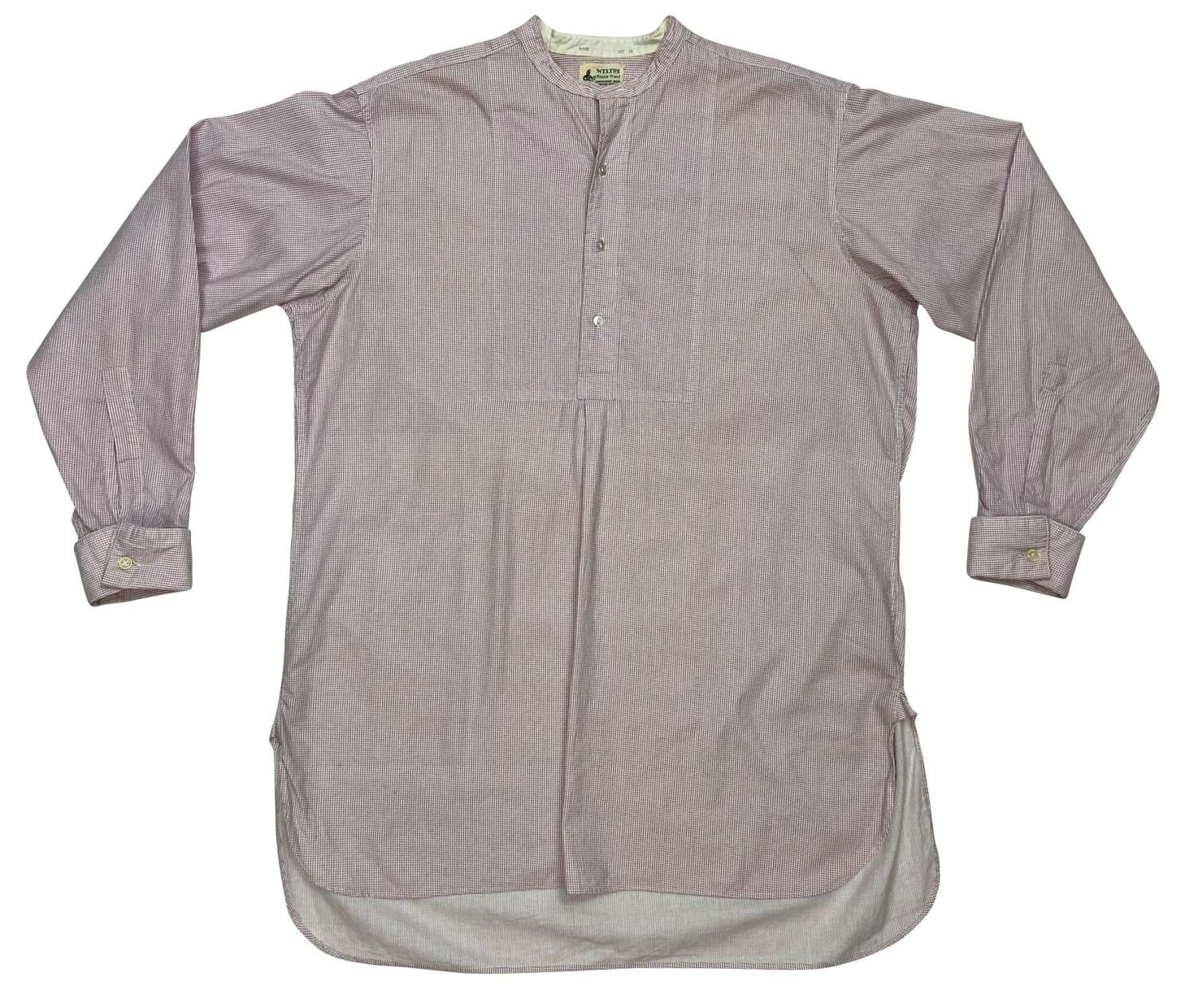 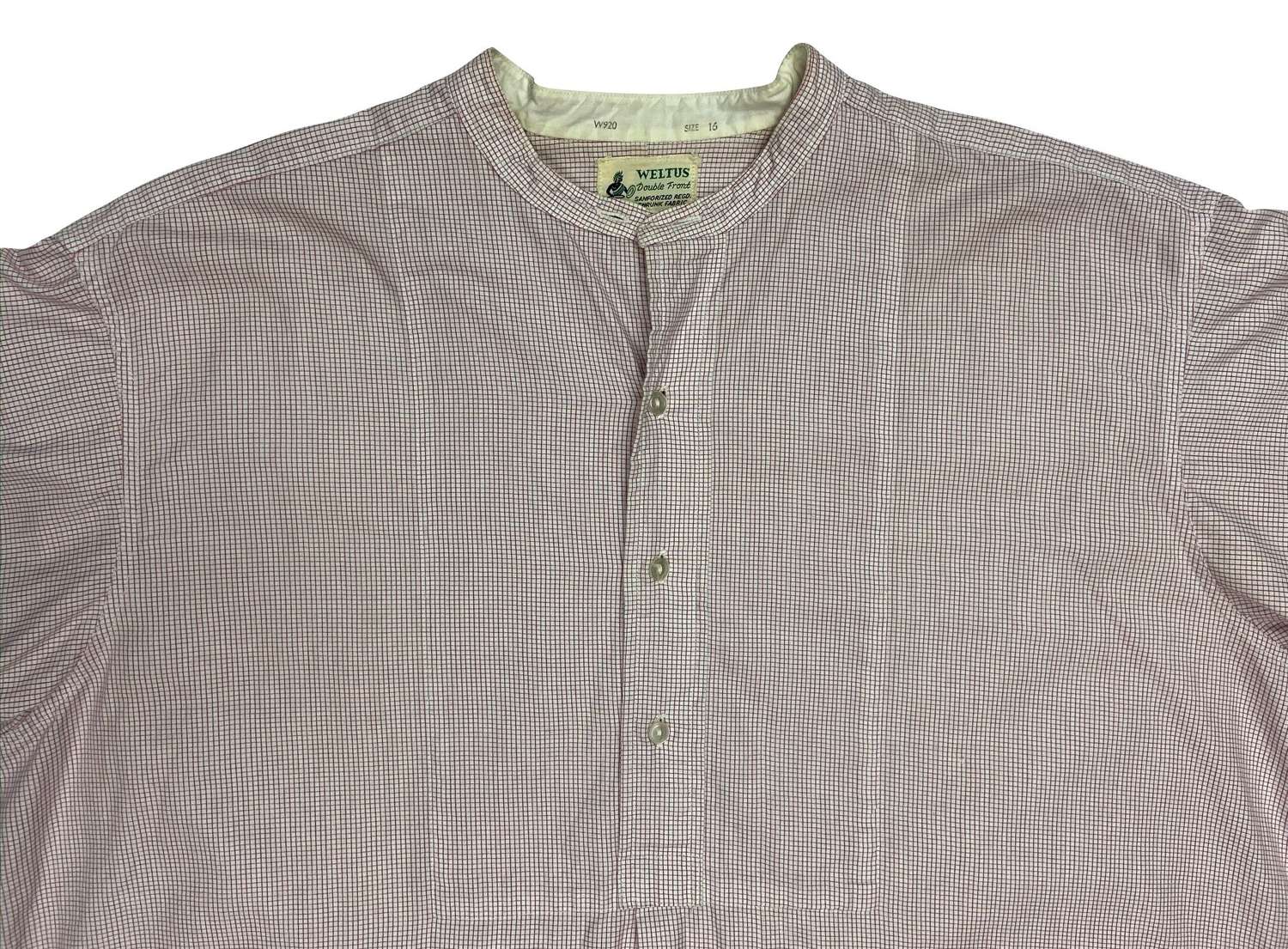 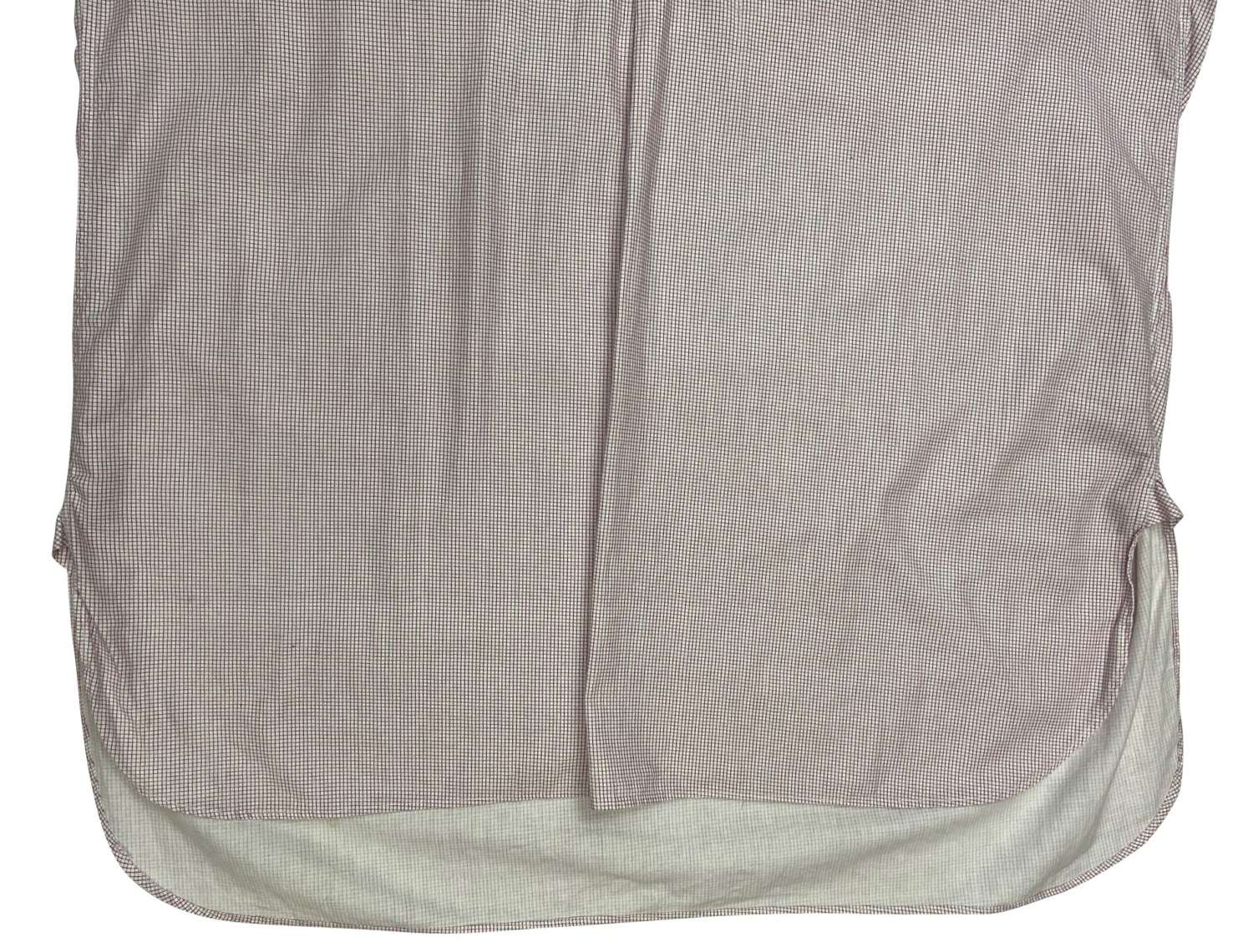 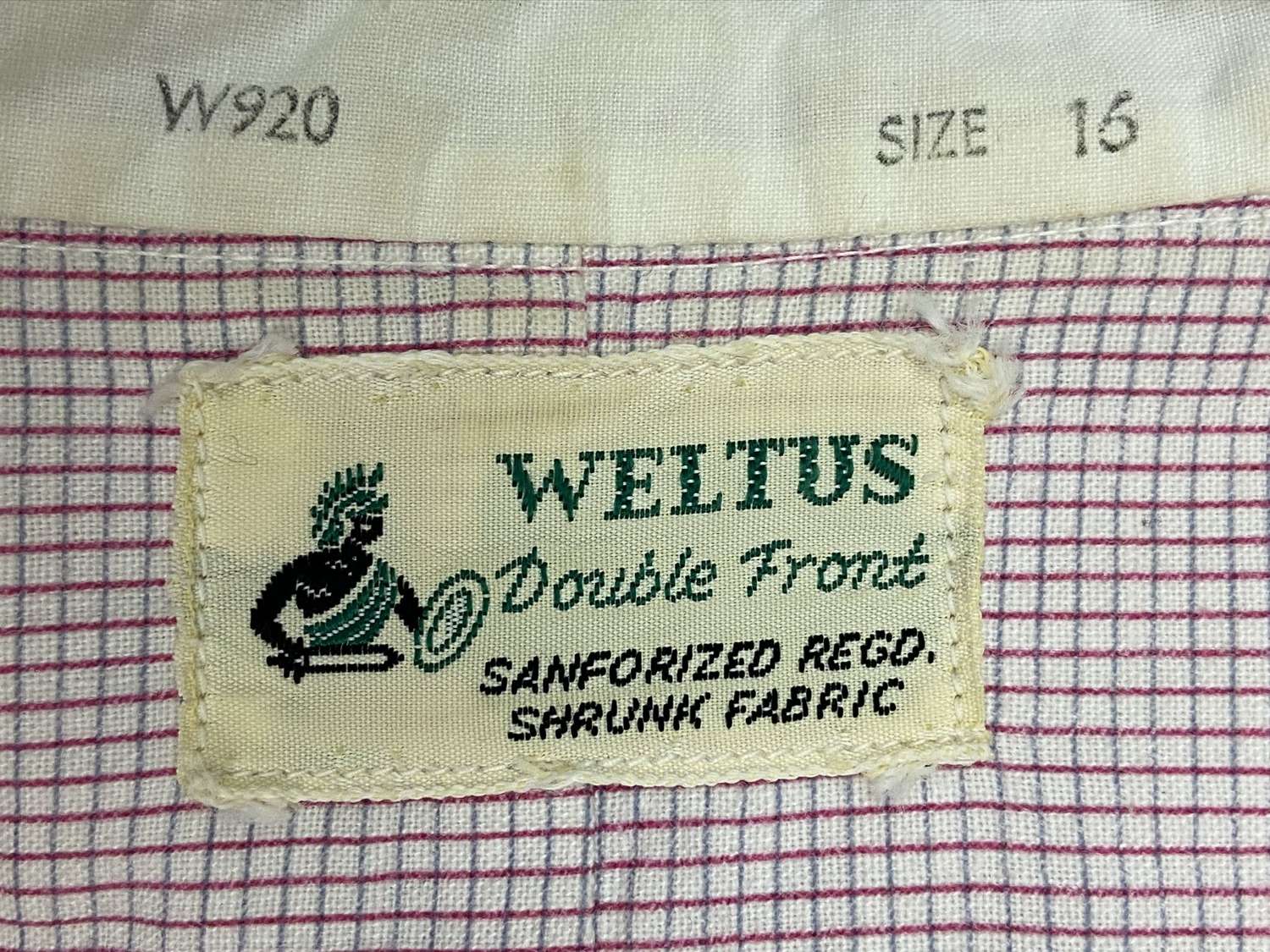 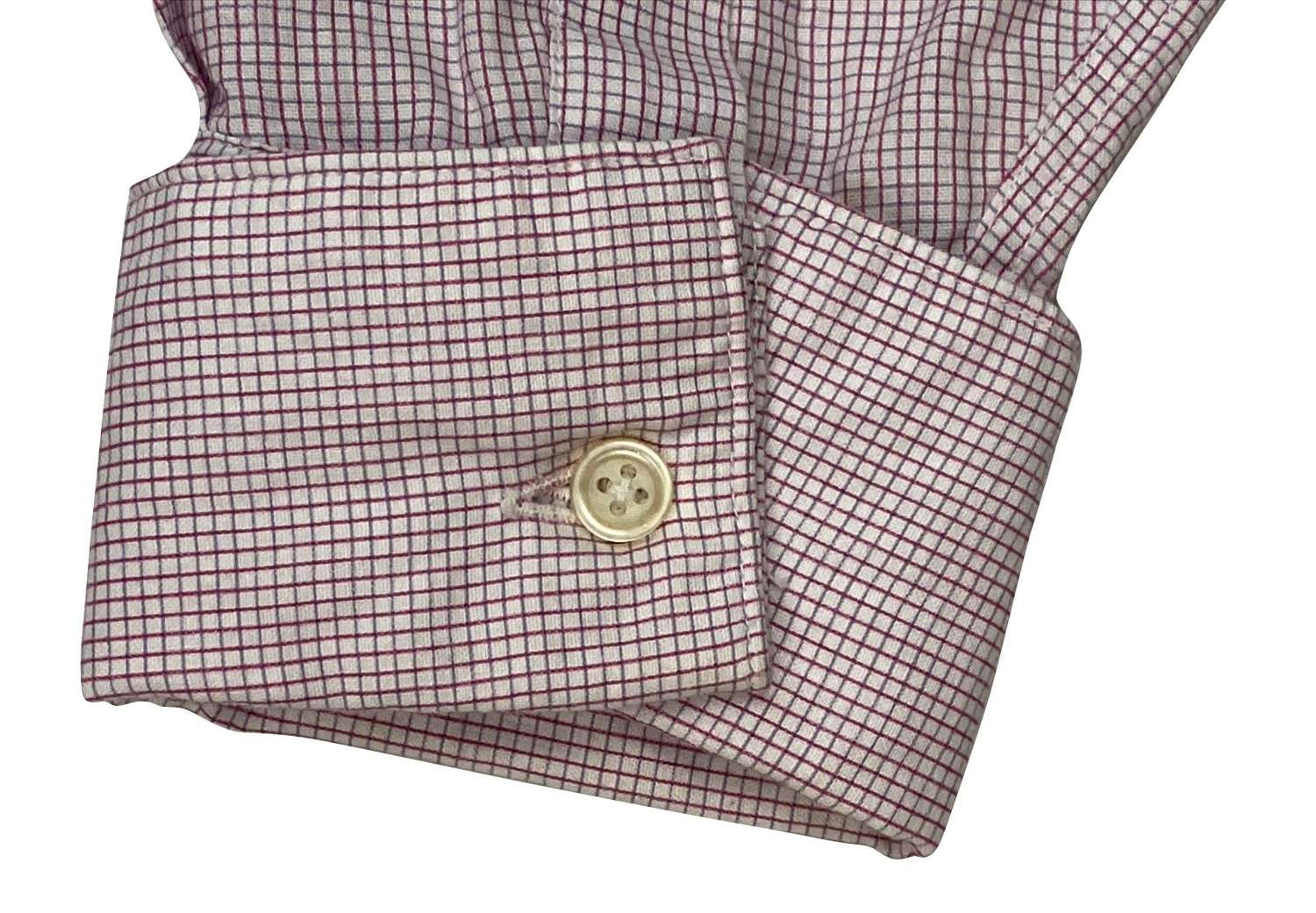 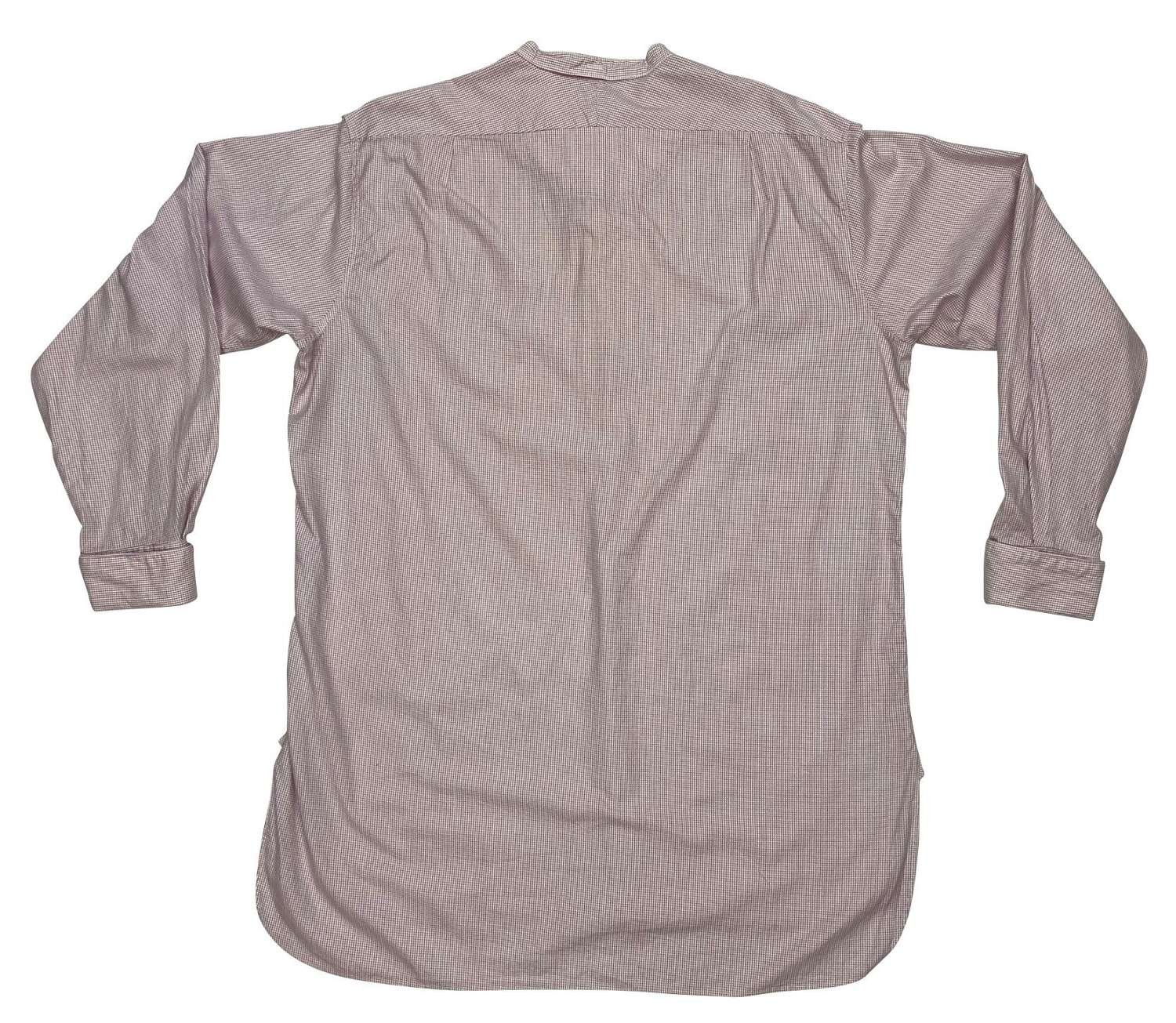